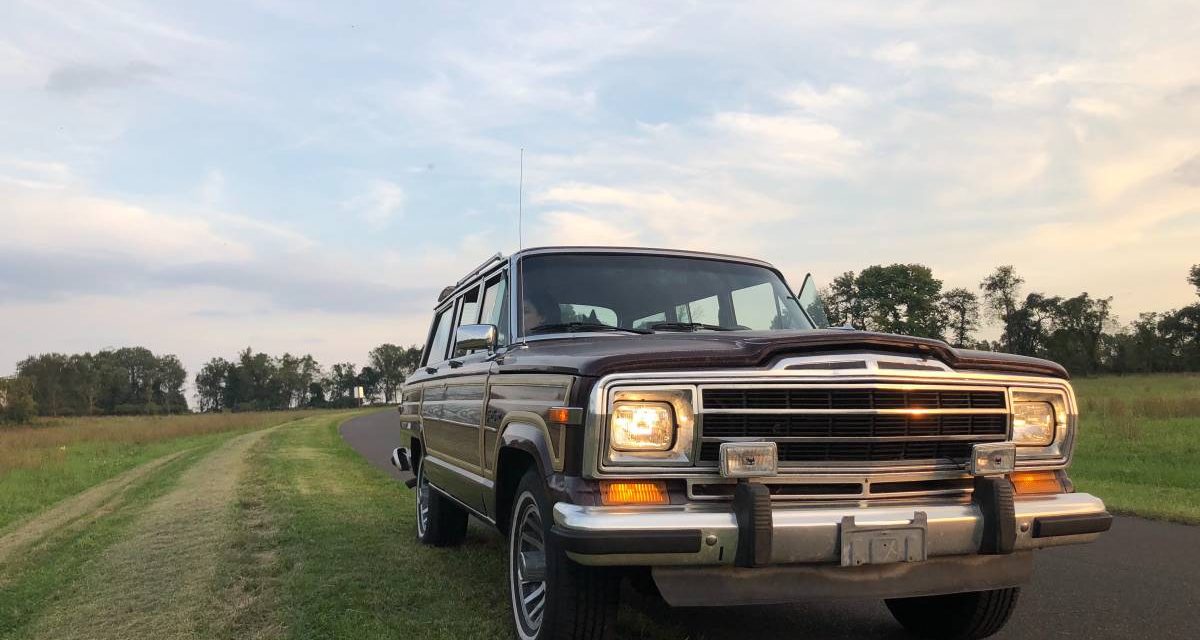 While the Jeep Grand Wagoneer produced through 1991 gets credit as the first luxury full-size SUV, from its introduction in the early 1960s it was originally marketed as a station wagon. Only saavy Jeep enthusiasts remember that the Grand Wagoneer’s design dates back to the days when Kaiser Jeep Corporation owned Willys-Overland. With competition from the major U.S. auto makers encroaching on Jeep’s four-wheel-drive market, Willys management decided thhey needed a new and more advanced vehicle. Subsequently the new Wagoneer replaced the original Willys Jeep Station wagon that dated back to the end of World War II.

Industrial Designer Brooks Stevens designed 1963 Wagoneer with a relatively low stance and car-like manners. He accomplished the body’s skirt-friendly entry height with a married transfer-case and a thoughtful design that tucked the running gear up tight. Careful suspension tuning of the leaf-spring, solid axle design gave it a good ride, but because it was still a truck at heart, it could haul and tow as needed. Inside the Wagoneer, its luxury features and normally-reserved-for-car options (think power steering and air conditioning) set it apart from the utilitarian offerings from every manufacturer at the time.

In 1970, American Motors (“AMC”) acquired Kaiser Jeep Corporation and throughout its ownership continued to reduce causes of noise, vibration, and harshness while continuing to add more luxurious features such as the innovative Quadra-Trac full-time four-wheel-drive system, which broadened the appeal of Jeep products to people who wanted four-wheel-drive traction without the inconvenience of manual locking hubs or a manual-shift transfer case. When AMC Jeep introduced the all-new, compact and more fuel-efficient unibody-based Jeep Cherokee (“XJ”) in 1984, their original plan was to replace the SJ-body Wagoneer models with rebadged XJ-based ones, however but continued high demand prompted the company to keep the old SJ-body Wagoneer in production despite the fact its design, largely unchanged since 1962, was becoming increasingly antiquated.

So, in 1984 AMC renamed the SJ the “Grand Wagoneer” and added a number of handling improvements, Select-Trac four wheel drive, and a
of a fully revamped interior including a new dashpad, new instrumentation, new door panel design, shorter nap cut-pile carpeting, new leather seat cover designs and front seats that now featured adjustable headrests. Changes were made to the instrument panel that now featured square gauges, and contained an improved climate control system. These enhancements and more luxurious exterior styling touches allowed the Grand Wagoneer through 1991, four years after Chrysler took over AMC.

The 1987 Grenadine Metallic over Cordovan example presented here appears to be a well used yet as the sellers describes, a 98% rust free 146K mile example originally from Colorado. The darker Cordovan leather and velour seats usually hide dirt better than the tan alternative offered in these beasts and this example is no exception. The seller states that the only items needing attention currently is a sagging headliner.

The seller states that the only rust is passenger’s side front quarter panel and on the stock tow hitch, which in the owner’s opinion are both very fixable.  The seller provides underside pictures showing the rust free frame.

Mechanically the seller states he replaced a number of items (refer to his ad for details) to make this Grand Wagoneer well sorted mechanically but the highlights include a new set of tires, rear brakes, and a battery.

Years of dry sun exposure have taken their tool on the exterior paint and the faux wood grain panels, so its up to the next caretaker to decide whether to preserve or restore this cool Grand Wagoneer. 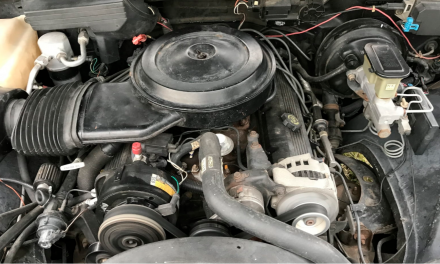 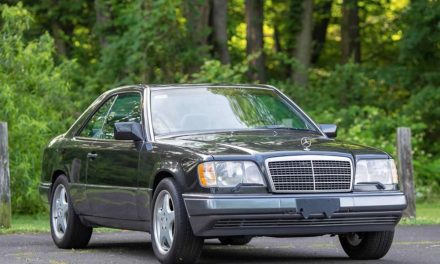 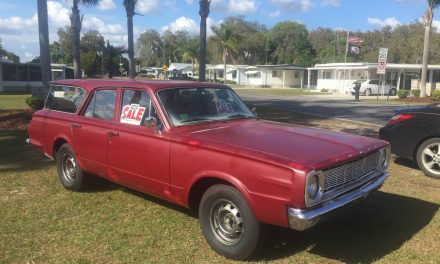 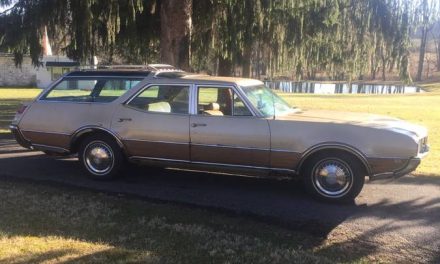