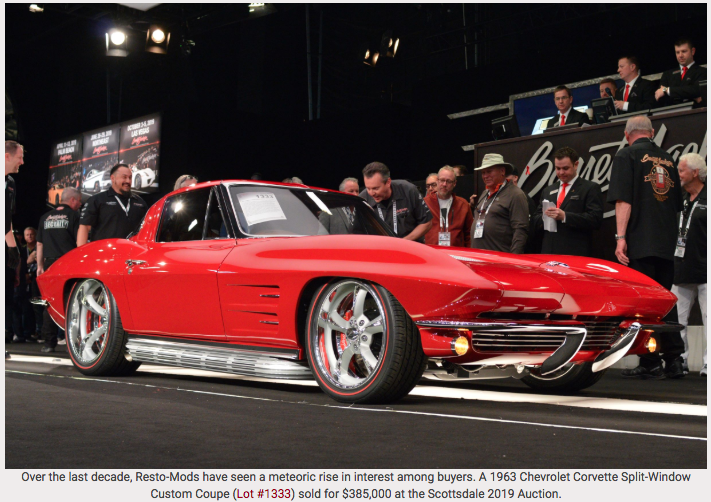 Read the first paragraph of Barrett-Jackson’s February 4, 2019 Press Release and a barometer of the collector car hobby will have you believing that there is no end in sight for the growth of their business. Read deeper down into the press release however and you find clues that their current business model is under pressure.

We acknowledge and respect both Barrett-Jackson Chairman and CEO Craig Jackson and President Steve Davis’ past ability to adapt the inventory of their events to the changing tastes of collector car buyers. While they got it right with Baby Boomers and the move to Muscle cars, we believe they are increasingly out of touch with Gen-X and Millenial enthusiast tastes and buying habits and here’s why.

Resto-Mods are Really a Shift in Taste Among Baby Boomers – We love all of the engineering and high quality work that goes into creating the truly outstanding Resto-Mods Barrett-Jackson Scottsdale offered earlier this year. In Barrett-Jackson’s January 21st Press Release the company brags how “the shift is being driven by younger buyers, like 38 year old singer/songwriter Ray J, who was the winning bidder of a 1967 Chevrolet Camaro WD-40 Themed Resto-Mod Coupe.” Ray J paid a total of $165,000 (i.e. $148,500 winning bid + 10% Buyer’s premium) for Lot 3003 which made everyone on stage feel good because it was one of many auctions that week for charity.

For the sake of argument, let’s say the car was worth $100,000 and the $48,500 of Ray J’s bid above that was for charity. As far the Resto-Mod sales, Ray J was the exception; nearly all of the other high-quality customs we watched cross the block appeared to go home to Baby Boomers able to support the six-figure car prices this niche commands.

So if that’s the case, why are Baby Boomers driving the demand for high-cost Resto-Mods? Simple. As Baby Boomers continue to age, they want the best of both worlds: the style and lines of a muscle car with the performance, reliability, and creature comforts of a modern car.

Why doesn’t Barrett-Jackson Offer Electric-Powered Resto-Mods? From our perspective, if Barrett-Jackson was genuinely serious about garnering interest with potential Gen-X or Millenial buyers, we think they would offer at least a few EV-converted classic cars. Please correct us if we are wrong, but our research could not find any EV-powered Resto-Mods offered at Scottsdale this year. Don’t believe this is an emerging trend? Go to YouTube and simply type “EV Conversion” to see how big this trend has already become.

The Bring-A-Trailer Effect – our analysis indicates the hugely successful website BringaTrailer.com (“BaT”) now offers an average of 40 auctions a day, five days a week, with a closing rate of 70%, and an average hammer price of about $30K per vehicle. BaT’s success translates to approximately 7,000 collectible cars sold annually. Given the high fees traditional collector car auctions such as Barrett-Jackson and Mecum continue to charge, many small dealers with already slim margins are making the switch to curated online venues and consequently, that’s one of the reasons why BaT’s mix of cars is currently hovering near 45% for dealer-sourced lots. We recently had the opportunity to attend one of BaT’s free alumni events held across the country (the traditional auctions charge admission to people not even bidding to watch an event). We were shocked at the younger, more diverse demographic at this event versus what you see at traditional collector car auctions like Barrett-Jackson. Not only are the mix of cars different, BaT fans are comfortable with the idea of buying a collector car online and don’t have the time or the extra money needed both for travel and exorbitant rates to attend traditional auctions.

Millenials and Gen Xer’s Do Not Want Their Time Wasted – These younger groups generally do not have the attention span needed to sit through a traditional collector car auction waiting for the car they’re interested in to cross the block. Conversely, online auctions such as BaT offer the ability to curate a narrowed set of lots to view based on the potential buyer’s interests.

Barrett-Jackson Charges an Outdated Higher Percentage to Online Bidders – despite losing potential market share to online curated auction sites such as Bring-a-Trailer, Barrett-Jackson and other traditional collector car auctions continue to charge an additional two percent on top of the already egregious ten percent buyer’s premium to online bidders. While we acknowledge the percentage of internet bidders at Barrett-Jackson events is on the rise, we doubt the growth is among younger age groups they are hoping to attract. More likely this growth is among Baby Boomers slowly becoming more comfortable bidding online without physically seeing the collectible car.

Millenials and Gen Xer’s Are Not About The Stuff – Aging Baby Boomers looking to downsize are finding out their kids generally don’t want their Mom’s Hummel figurines or their Dad’s “old cars.” As a rule, these age groups do not have the money, space, knowledge or time to fool around with an old car that might not start each time they turn the key. The cold reality is that most Gen-X’s and Millenials don’t and likely won’t anytime soon.

What does all this mean? We believe traditional collector car auction companies like Barrett-Jackson will eventually feel the Baby Boomer cliff from both sides: Increased inventory resulting from sales of Baby-Boomer owned cars will not be offset by smaller numbers of Gen-X or Millenial buyers interested in attending conventional, in-person auctions. Consequently, we predict more challenging times ahead for traditional collector car auctions while online curated sites such as BringaTrailer.com will continue to thrive.

Please feel free to comment below on whether you agree or disagree with our thoughts. We’d love to hear your opinion! 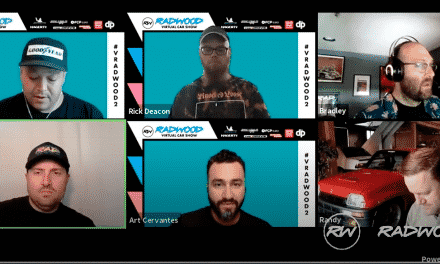 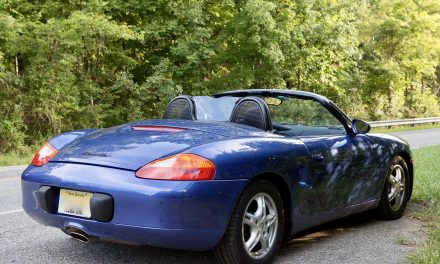 Three Fun and Practical Sports Cars For Under $15K 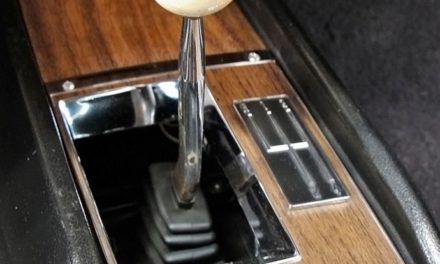 GuessWhatRide 2 – What’s This Shifter In? 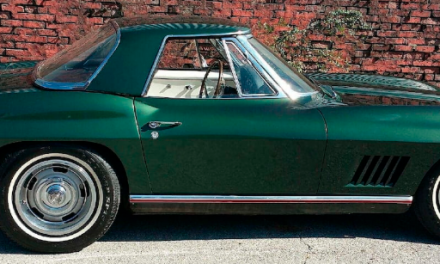 Are C2 Corvette Prices on the Decline?