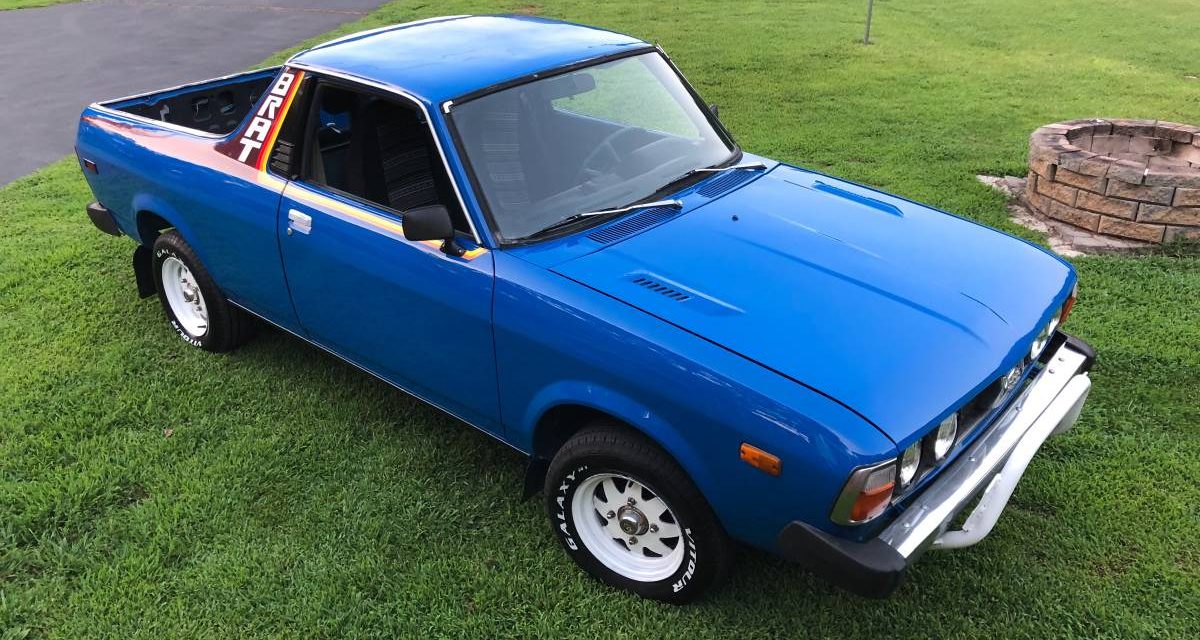 In May 2019, we found what the private seller describes as a California rust-free 1980 Subaru BRAT on Craigslist in New London, Connecticut for the asking price of $9,999.  Based on the Hagerty Insurance Online Valuation Tool for this vehicle, the seller has his BRAT currently priced just below the #2 “Excellent” level.

The Subaru BRAT, short for “Bi-drive Recreational All-terrain Transporter”, was a light-duty all-wheel-drive coupe utility (more affectionately known as a “UTE”) sold from 1978 to 1994.  Subaru developed the BRAT in Japan in 1977 at the request of the then President of Subaru of America who wanted to match the demand for small trucks in the U.S. being sold by Toyota, Datsun, and Mazda.  However, BRATs differentiated themselves from the other Japanese options by offering standard four-wheel-drive.  In addition to standard four-wheel drive, all 1980 and earlier BRATs came equipped with Subaru’s durable EA engine connected to a manual transmission and a single-speed transfer case. 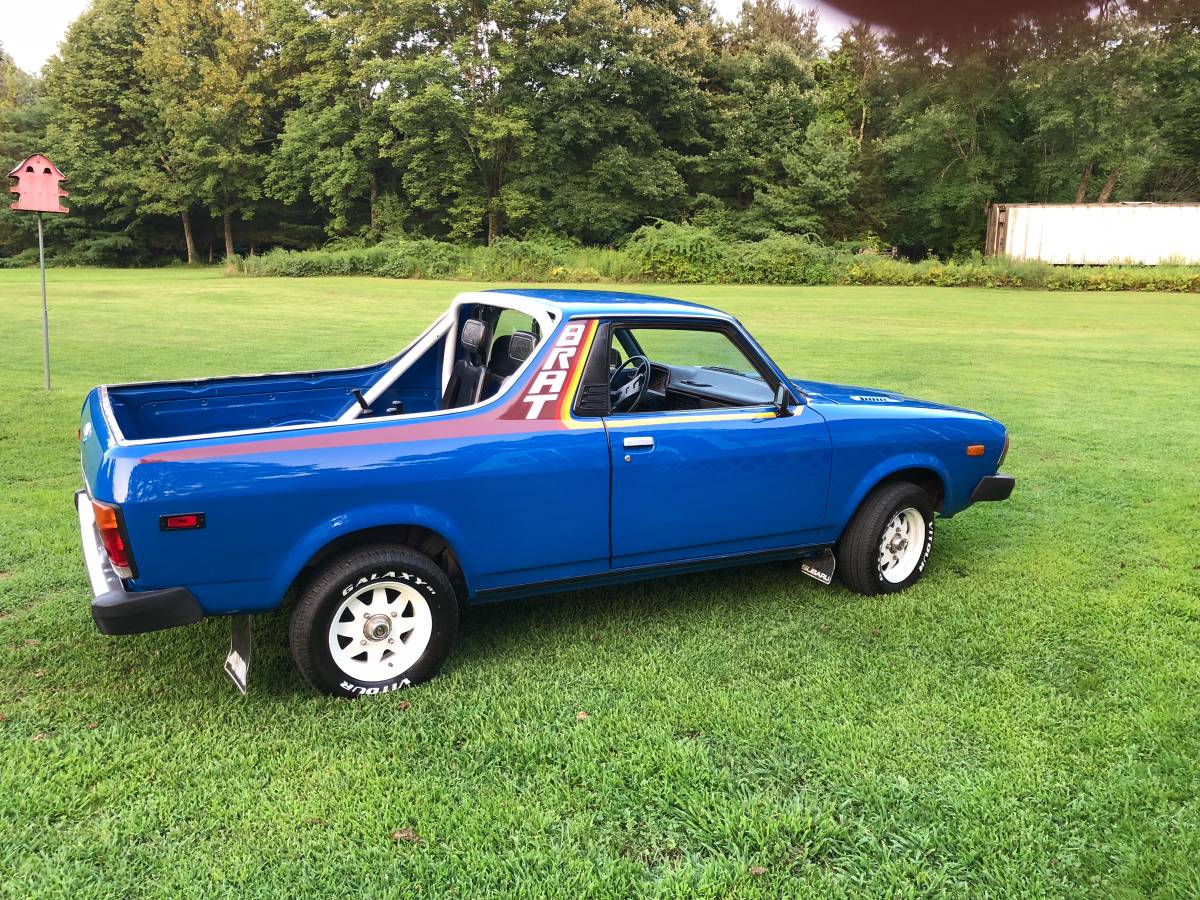 However, the most distinctive feature of early BRATs was the cargo area carpeting and welded-in rear-facing jump seats.  By offering non-removable seats in the cargo bed, Subaru brilliantly avoided paying the U.S. 25% “Chicken Tax” tariff applied to all imported trucks to this day. 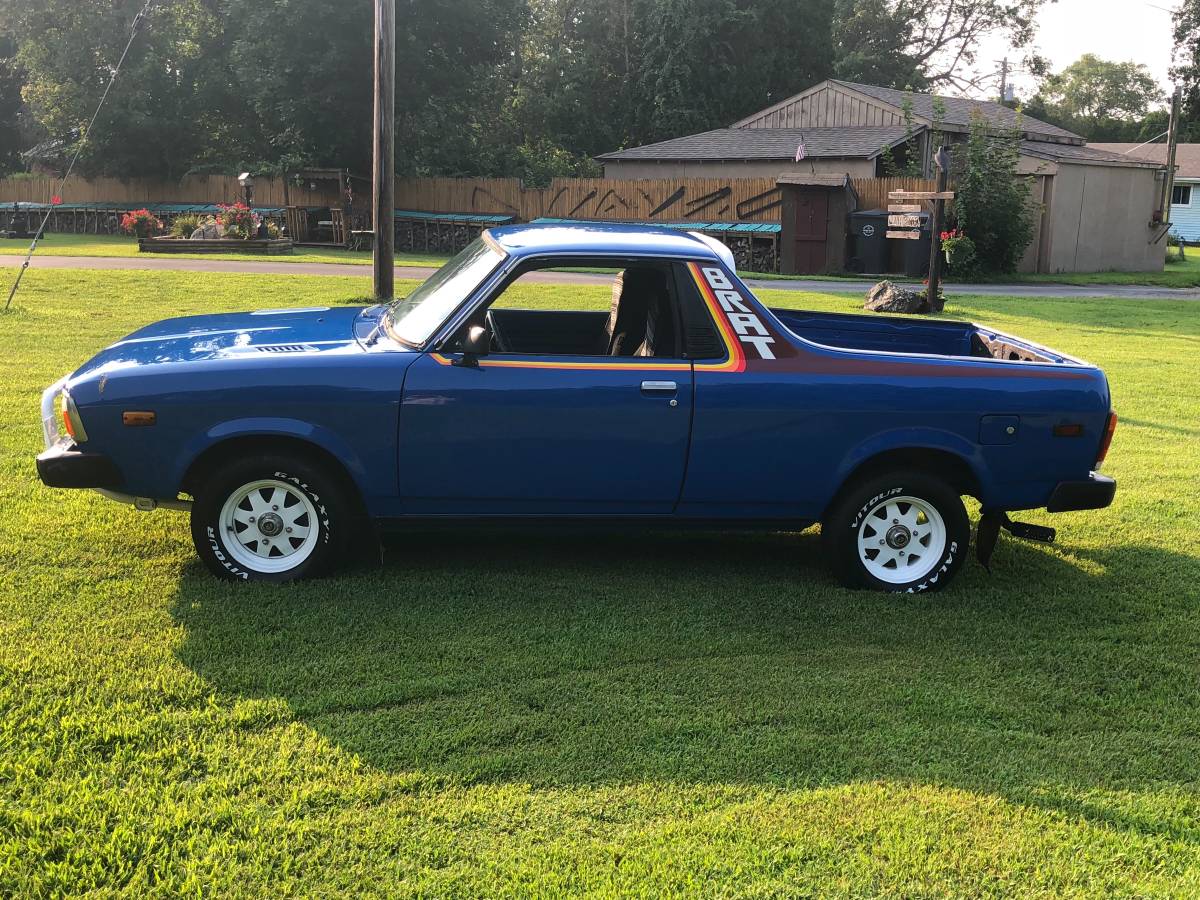 In addition to mentioning his BRAT is rust-free, the private seller states that his example has been repainted and has the correct replacement BRAT decals installed.  The interior features new carpet, reupholstered seats, and a replacement dashboard pad.  You’ll need to negotiate with the seller on whether the period-correct “The Club” theft deterrent device is part of the sale. 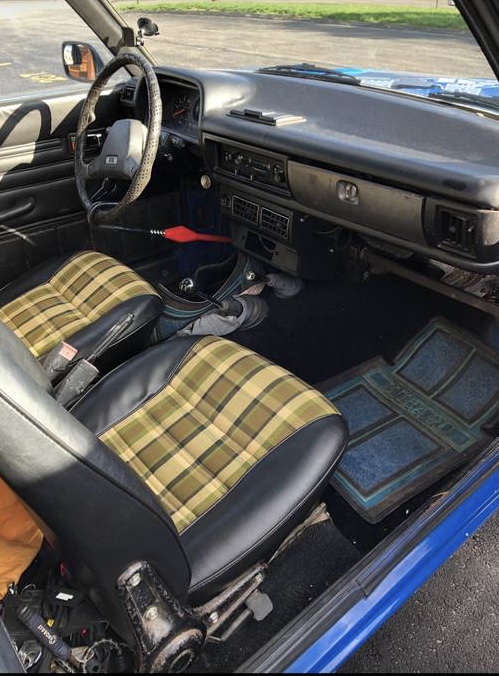 In addition to the replaced items mentioned above, the seller states his BRAT also features new tires, clutch, front CV axles, and radiator.  The seller doesn’t provide a picture of the engine, which is a disappointment for us because we always loved how these early Subarus stored the spare tire above their tiny flat-four engines and when in place served to help absorb crash forces during a front end collision!  In lieu of no engine shot, the seller provides an undercarriage view. 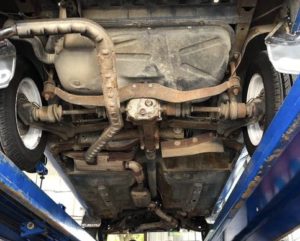 This BRAT is a nicely refreshed example that will gain you admission to any Radwood Festival or will make a great conversation piece at your local Cars&Coffee.  Good Luck with the Purchase!