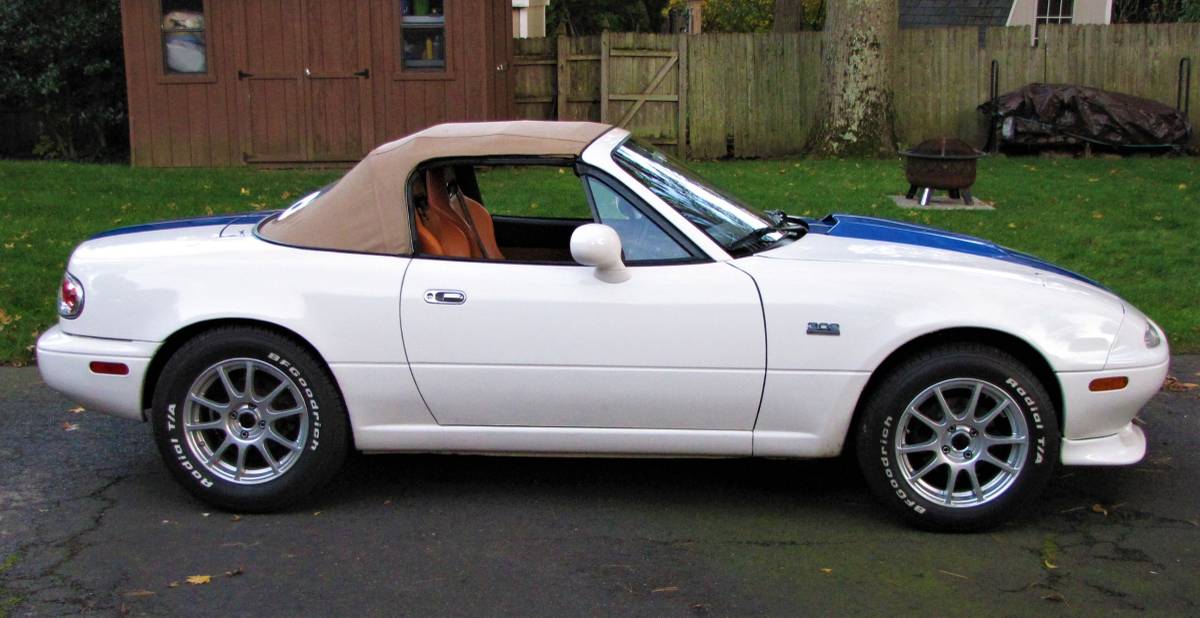 September 2020 Update – We’re busy updating our database accurately reflect the status of every car we’ve featured since starting GuysWithRides.com.  This unique NA Miata we first featured in June 2019 has long since sold.

Stock Miatas are never considered “sleepers” or “Q-ships” as their reliable four-cylinder power is generally considered adequate by most owners.  Stuff a V8 under the hood of your Miata and you suddenly have the potential for one heck of a sleeper.  That’s exactly what the owner of this NA Miata we once found listed on Craigslist in Scotch Plains, New Jersey did with his Miata that he is now looking to part with for $10,000. 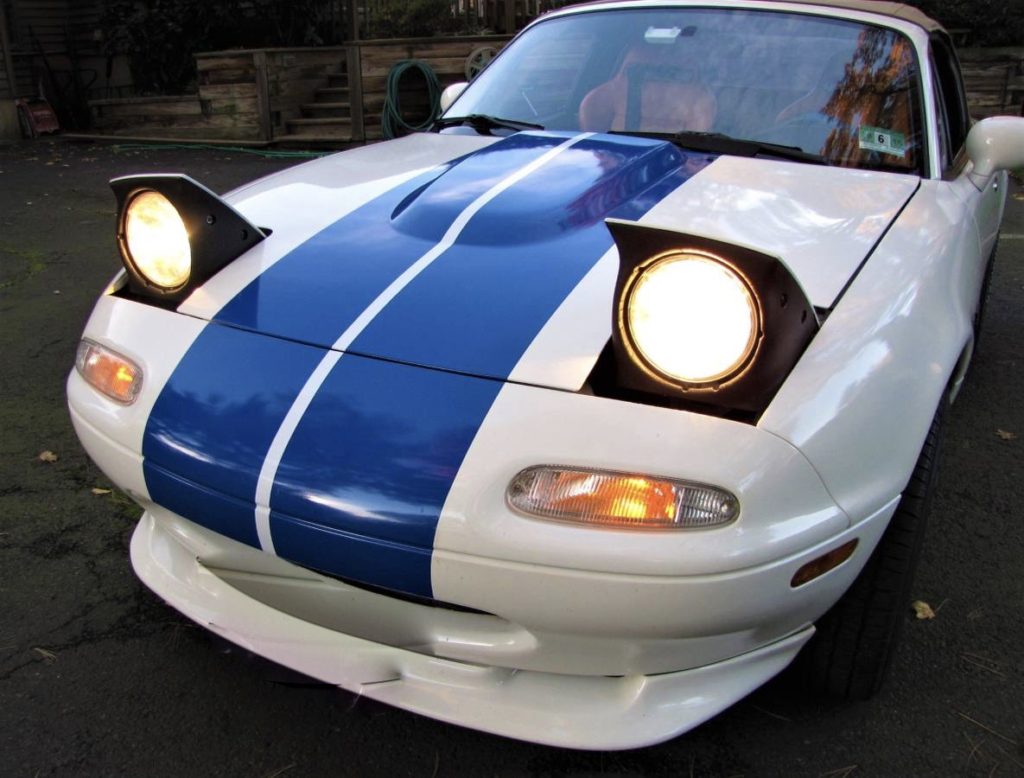 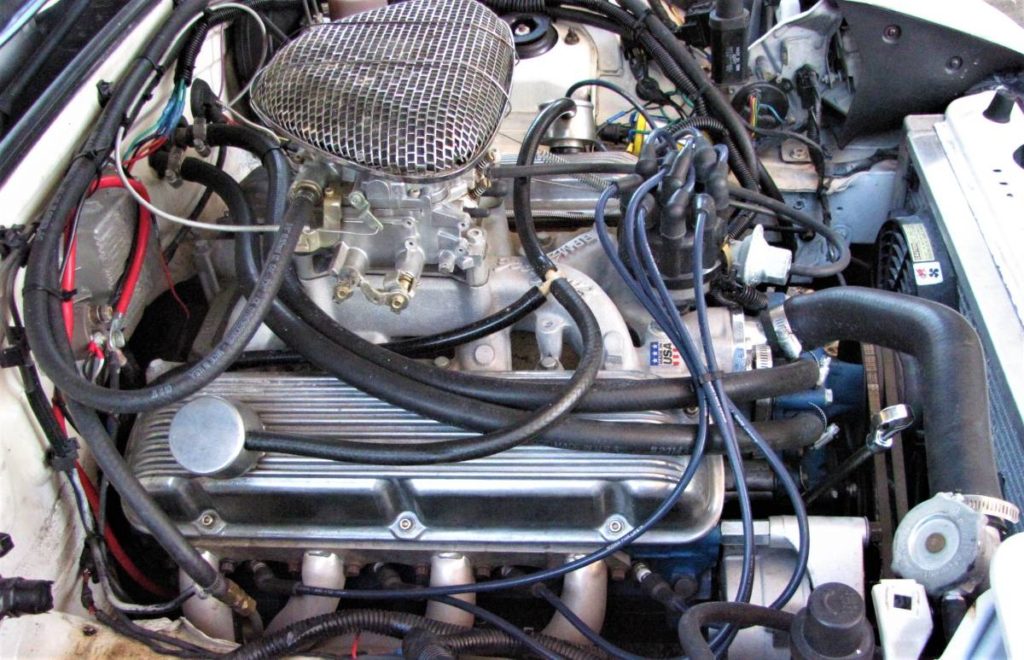 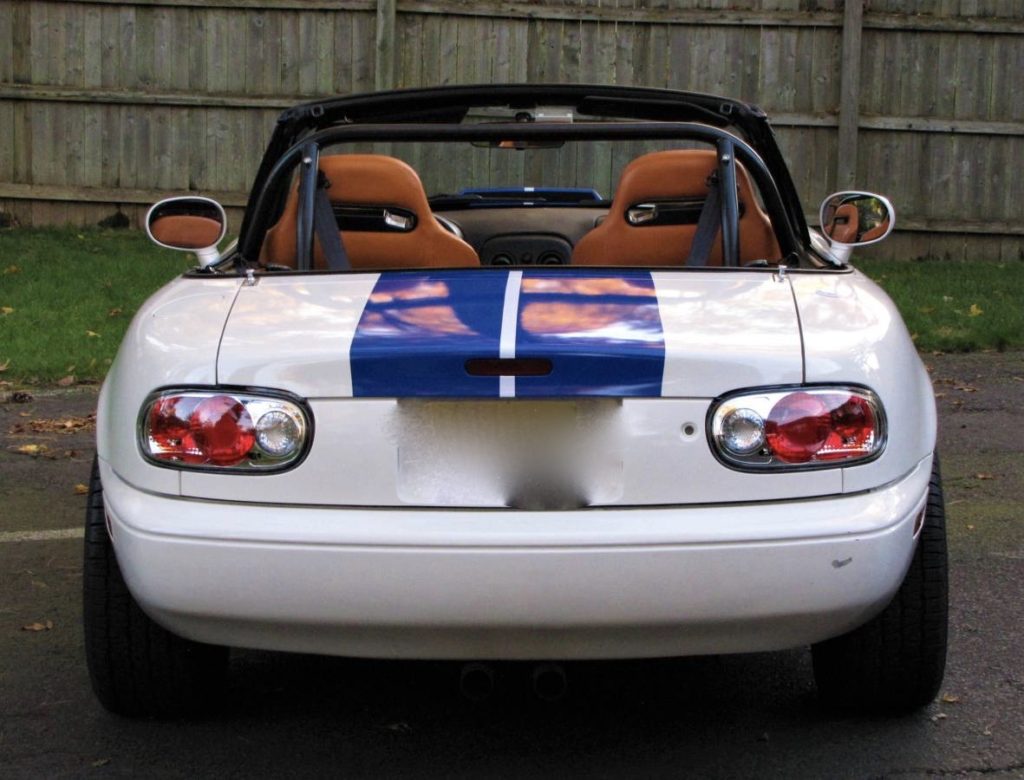 Stock Miatas are known as “momentum cars” because part of the fun of driving one is being able to carry speed through corners in order to minimize more powerful cars passing one in the straight sections.  That’s where Monster Miata Inc. comes in to save the day. Known as the leader in providing kits to convert stock four-cylinder Miatas into V8-powered beasts with Cobra-like power-to-weight ratios, here’s what the company has posted on their website:

“Here at Monster Miata, we think on the “extreme” end of things. Brute torque is the name of the game here but handling, strength, and reliability will not be compromised. There are a lot of scary fast cars on the road these days – the goal at Monster Miata is to provide a fun yet civilized daily driving car that can out-perform “those cars” on the track. We’re proud to say we have achieved this.

The Mazda Miata lends itself nicely to the torture of a torque monster V8 transplant. The overall structure of the car is more than strong enough to handle the wrenching stress of 400 ft.lbs. From “clutch dumping” to auto crossing and track events, the V8 Miata accepts unrelenting abuse. Driving to the racetrack,  flogging the car, and feeling confident it will hold together, speaks well for the conversion.” 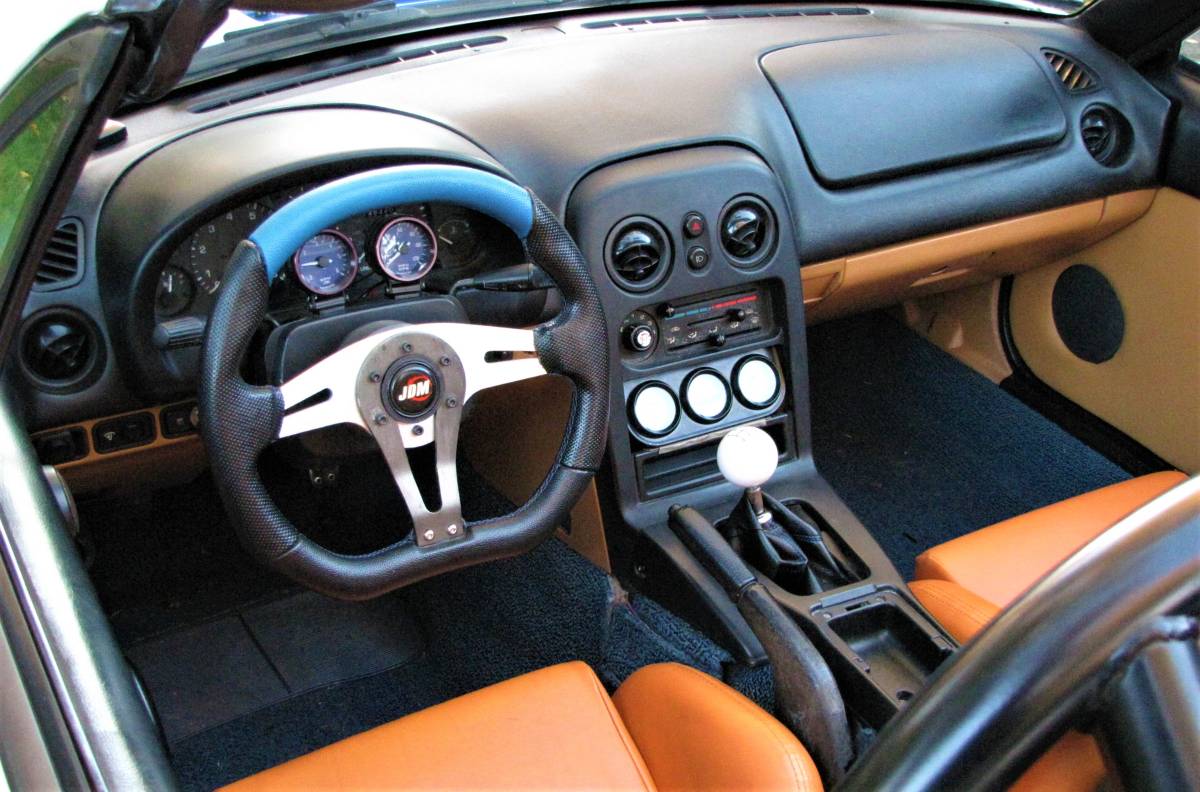 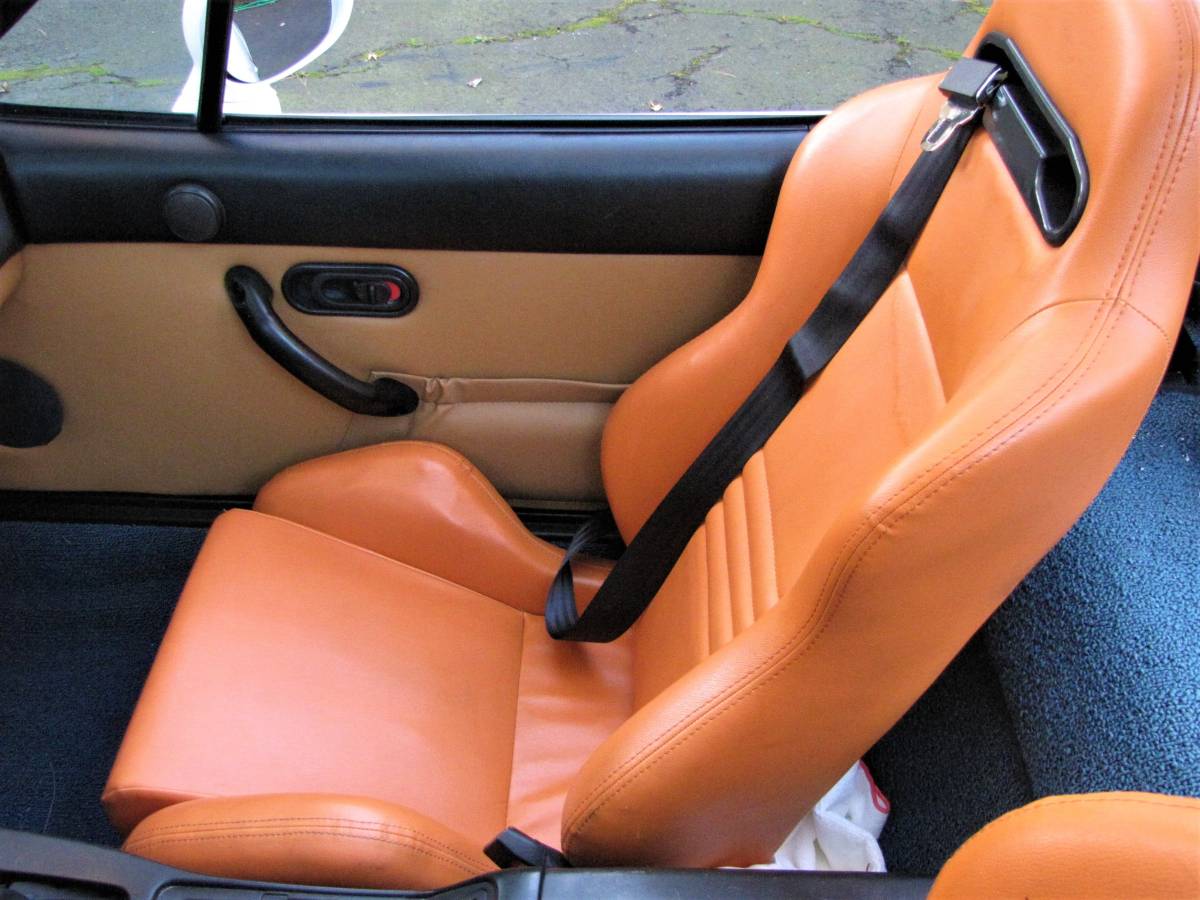 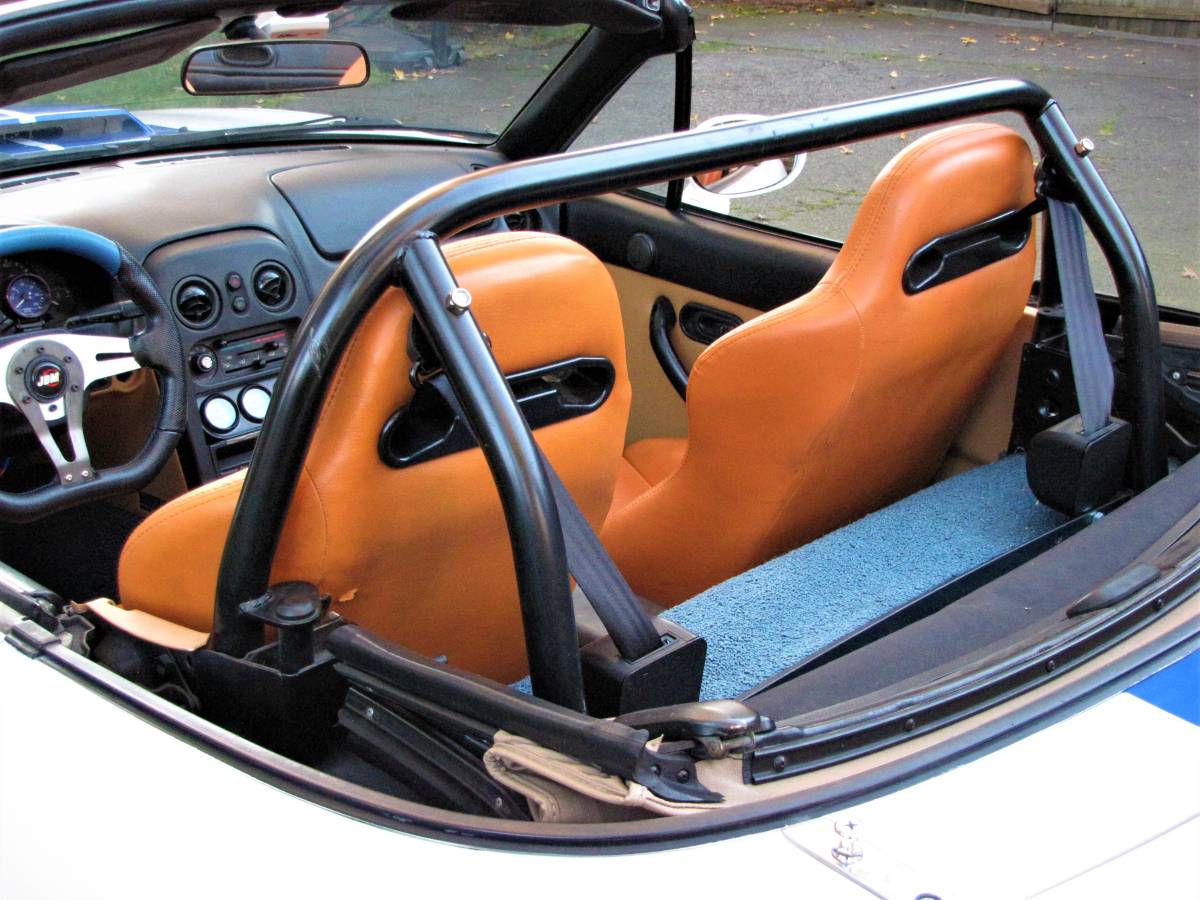 While Monster Miata offers enthusiasts a choice of either Ford- or Chevy-powered kits, the seller chose the more popular former with a 302 cubic inch small block mated to a five-speed Tremec manual transmission
that sends power through a Ford-supplied  7.8″ rear end equipped with 3.71 gears.  What’s not known is whether the rear end already comes equipped with a locking differential to help put all the added power down evenly.  The seller lists a bevy of details about what he’s modified on this Miata you can find in his Craigslist post.  Here’s a link to the video of the car:

For $10,000, you cannot buy a solid NA project car, a new Monster Miata kit, all of the parts already found in this car, and then spend all of the time putting it all together.  We would save the time and buy what appears to be a sorted example, remove the “302” badges from the front fenders, and then have some fun finding unsuspecting stock performance cars to surprise.  Good luck with the purchase! 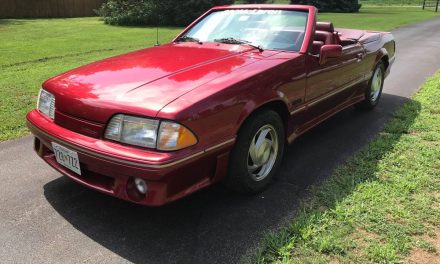 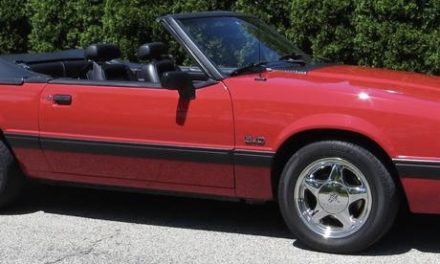 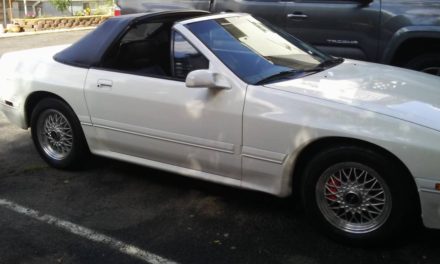 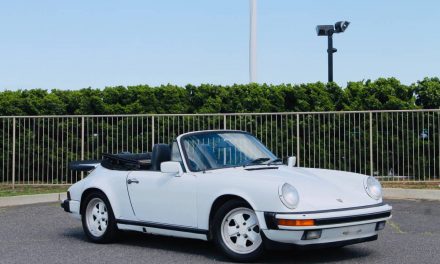