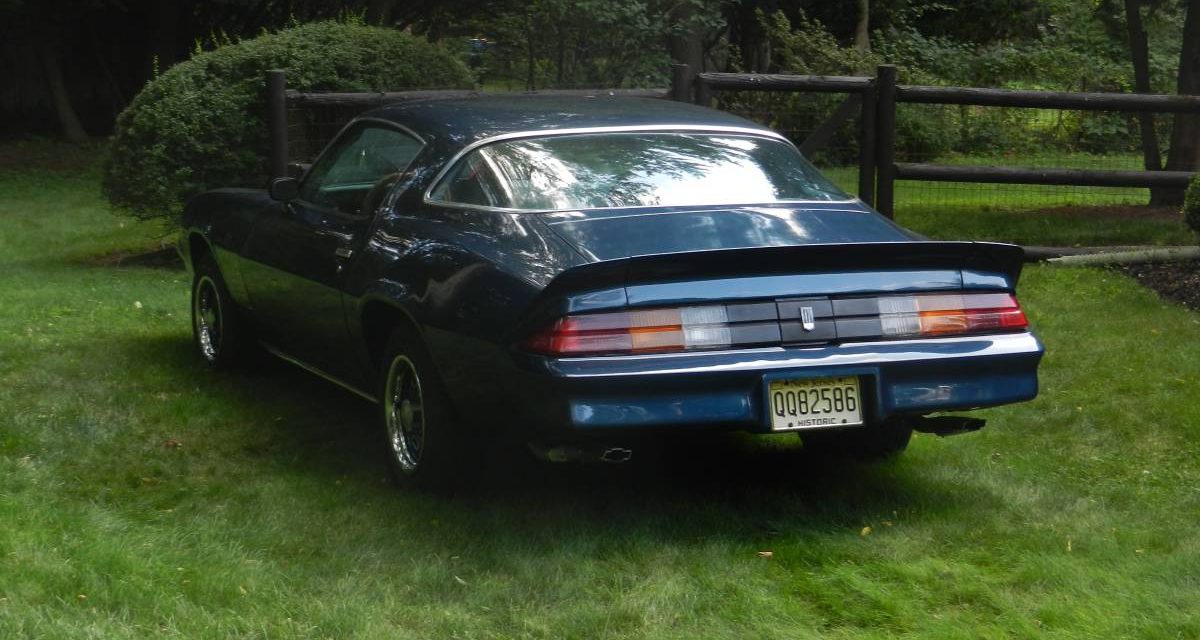 We found this restored, two-owner Chevrolet Camaro originally listed in June 2019 in Greenbrook, NJ where the private seller and second owner had the car priced at $11,000. Using the Hagerty Insurance Online Valuation Tool, the private seller has his Camaro priced exactly at the current #2 “Excellent” level.

Produced from 1970 through 1981, the second-generation Camaro achieved its highest production ever at 282,571 units, a record which stands to this day.  As growing emissions standards choked engine performance over the second-generation Camaro’s model run, the original focus on performance shifted to luxury.  A prime example of this was the introduction of the luxury-oriented Berlinetta model, replacing the Type LT, in 1979.  The only major changes for 1979 included a restyled instrument panel with a much flatter appearance than the previous wraparound design, while a new electric rear window defroster became optional this year, replacing the old blower type unit mounted in the rear package shelf.

The private seller of this Camaro Sport Coupe purchased the car from the original owners in 2001 when it had 128K miles.  Since that time, the current owner states he’s only added 10K miles by just driving to and from car shows while keeping it in his garage covered in between runs.  While the pictures provided tend to be very dark, the dark blue exterior appears to be very straight and the paint shines nicely.  You’ll need to confirm with the seller whether his car has ever been repainted as he mentions, “the paint is Dupont base/clear.” 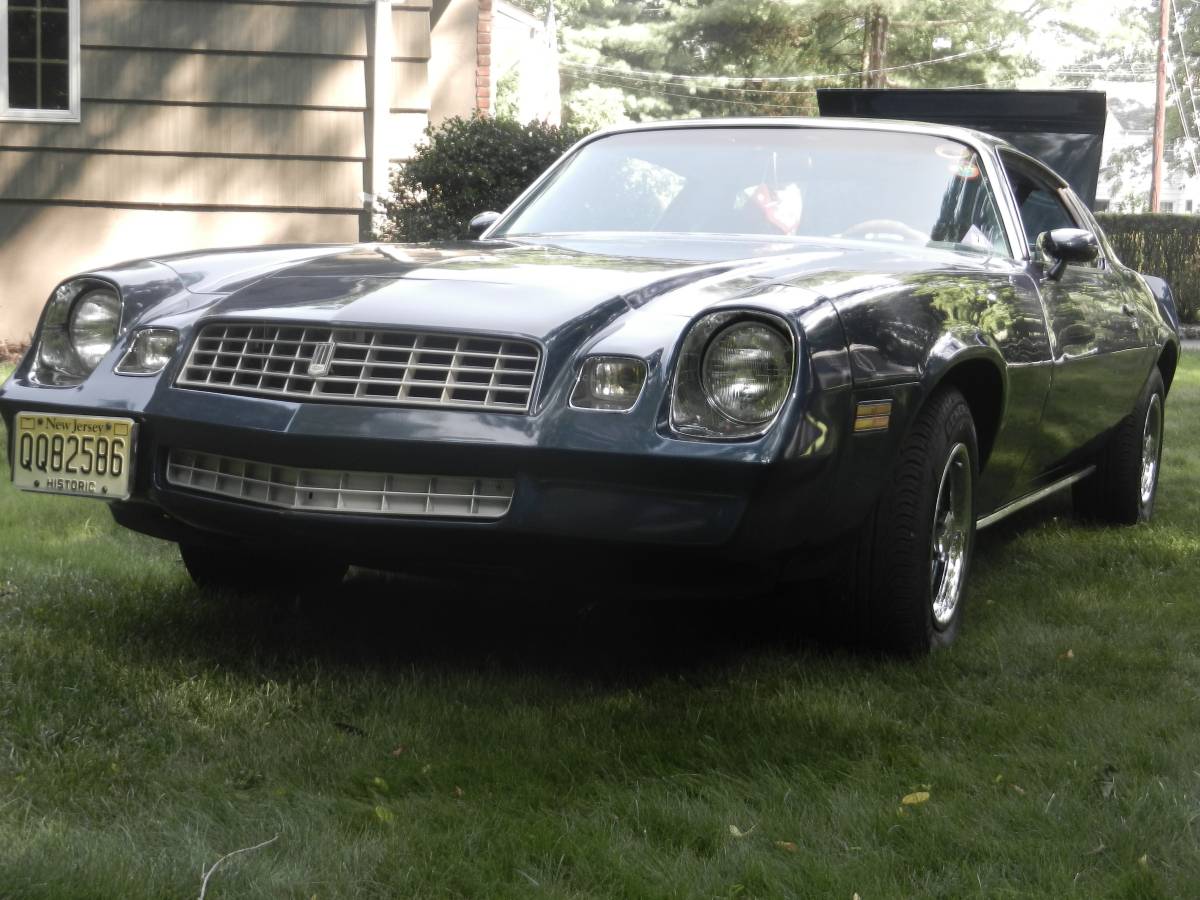 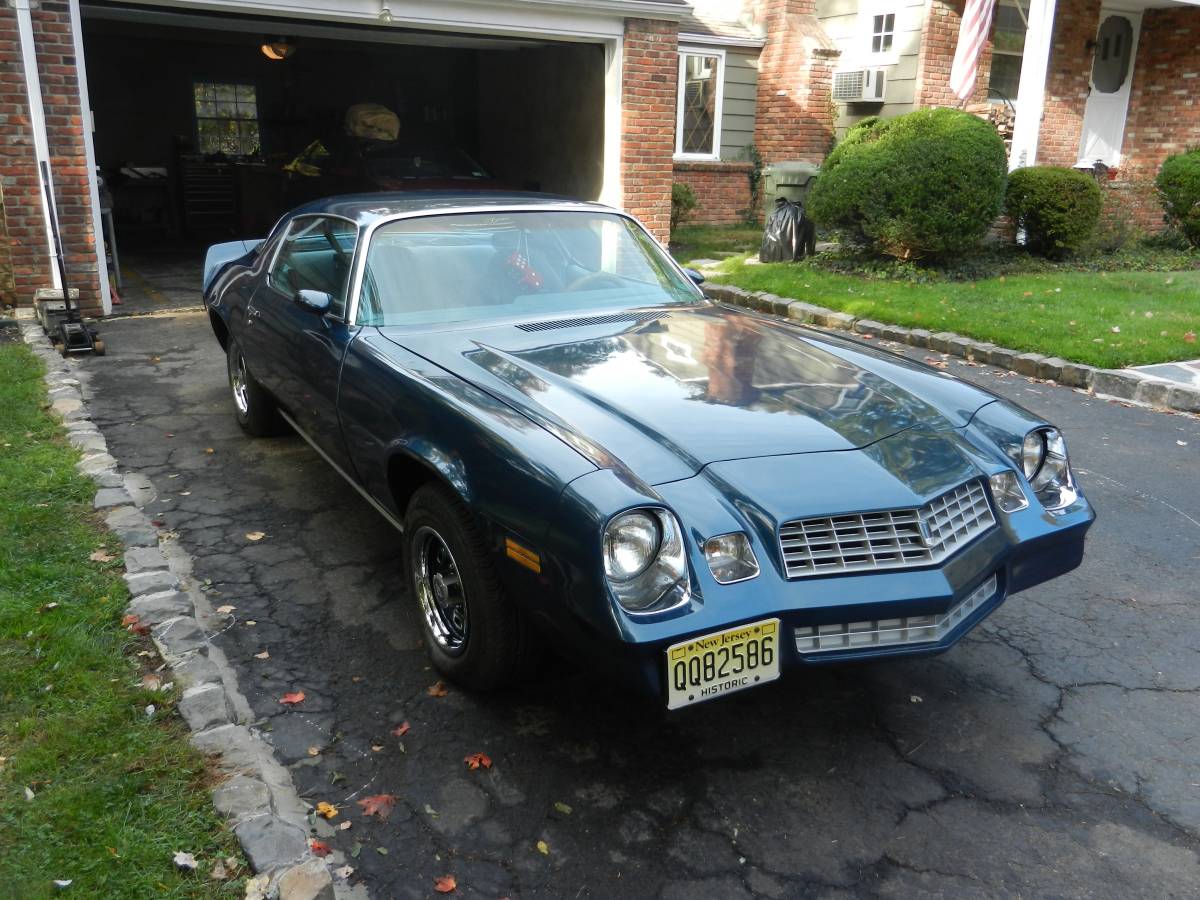 The light blue custom cloth interior appears to be present well. The light blue carpet on the driver’s side appears to need a good shampoo, however, upon inspection, you may find it worn enough to warrant replacement.  We love the period-correct B&M QuikSilver shifter, however, we would confirm whether the original is still available.  The seller also mentions he’s replaced many interior components, so be sure to confirm to what extent he needed to restore the inside. Other interior modifications appear to be an aftermarket radio and temperature gauge.  We’d leave the fuzzy dice with the seller. 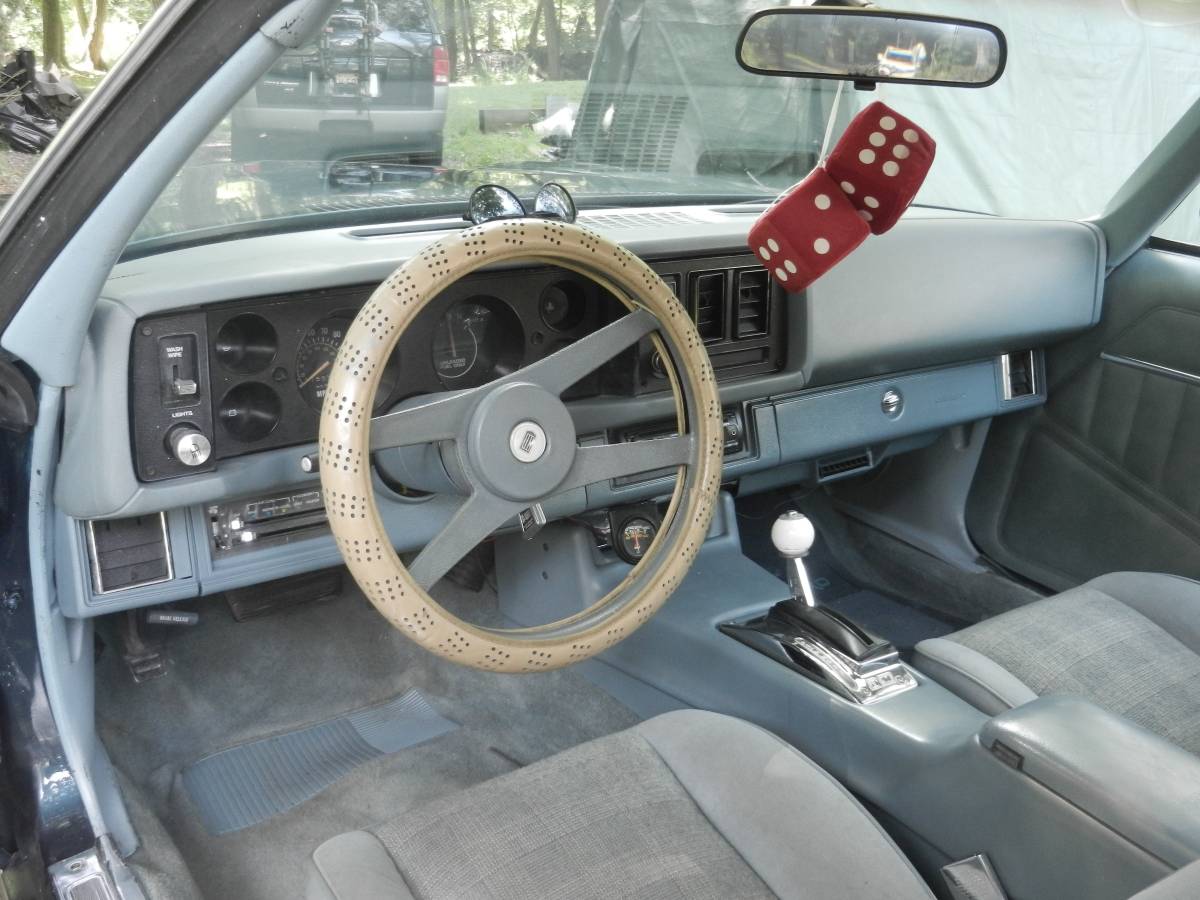 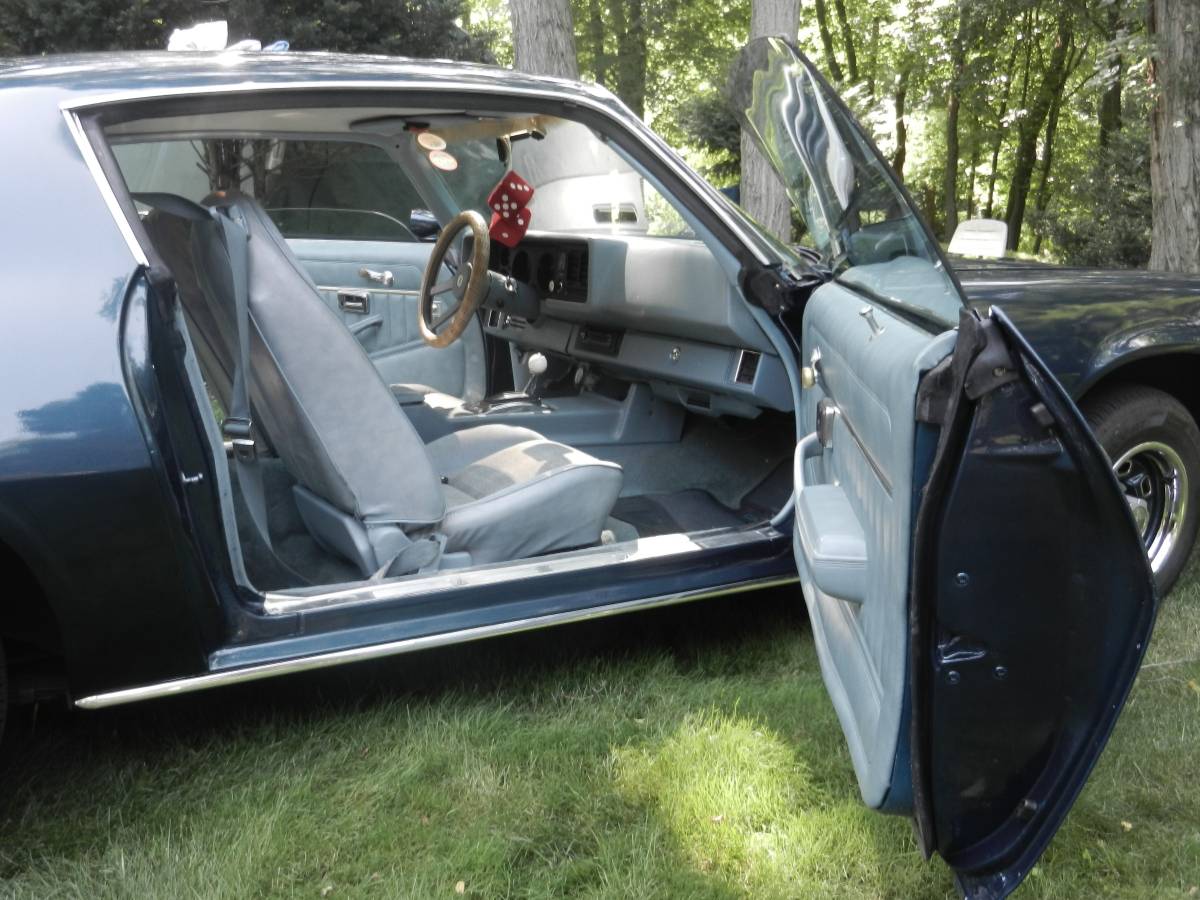 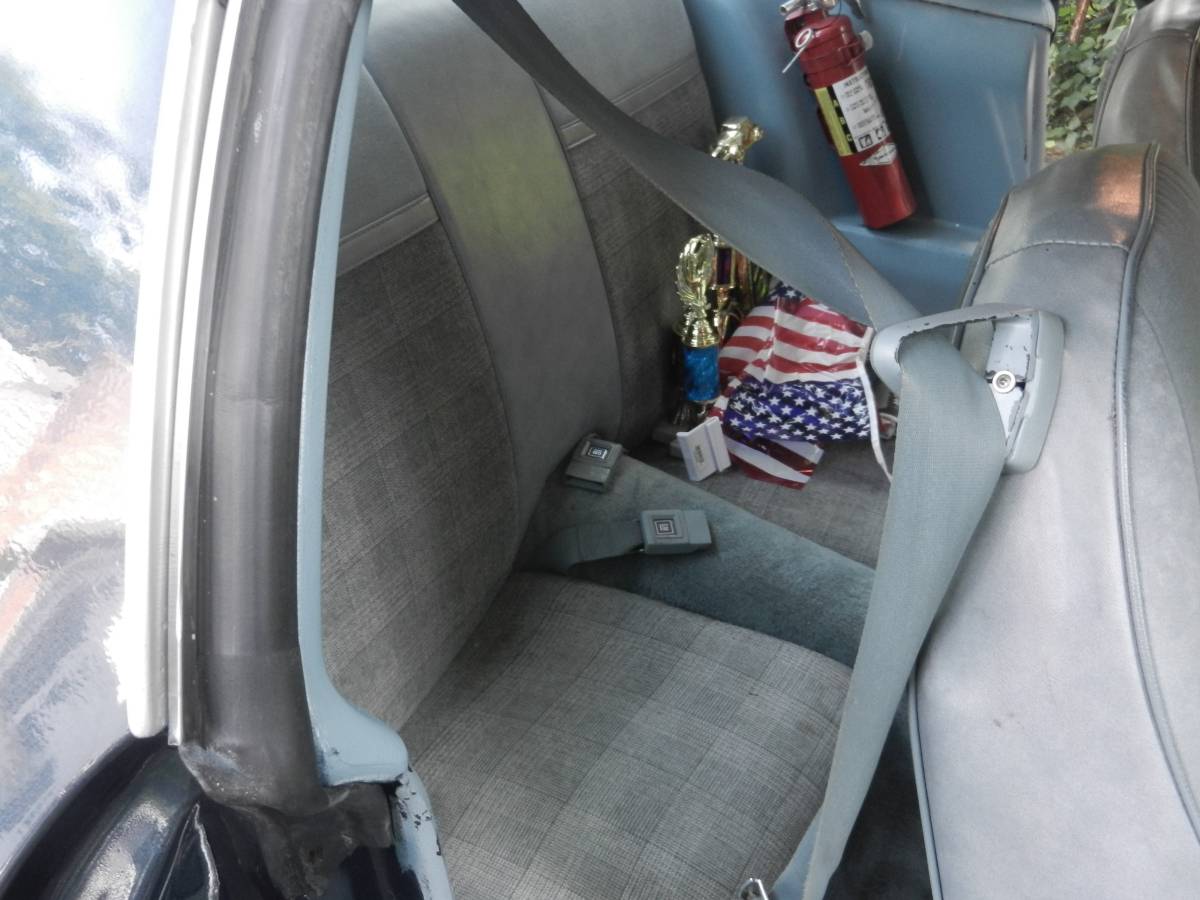 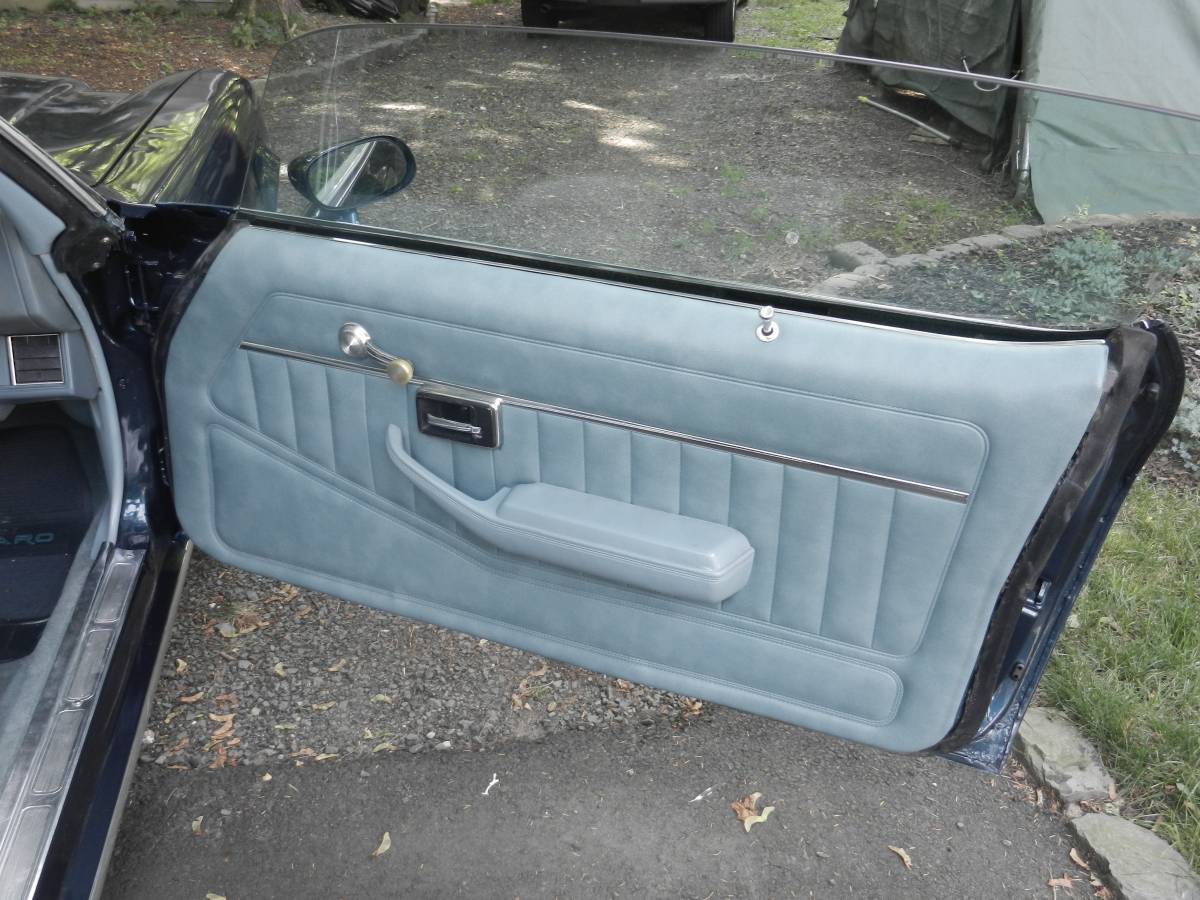 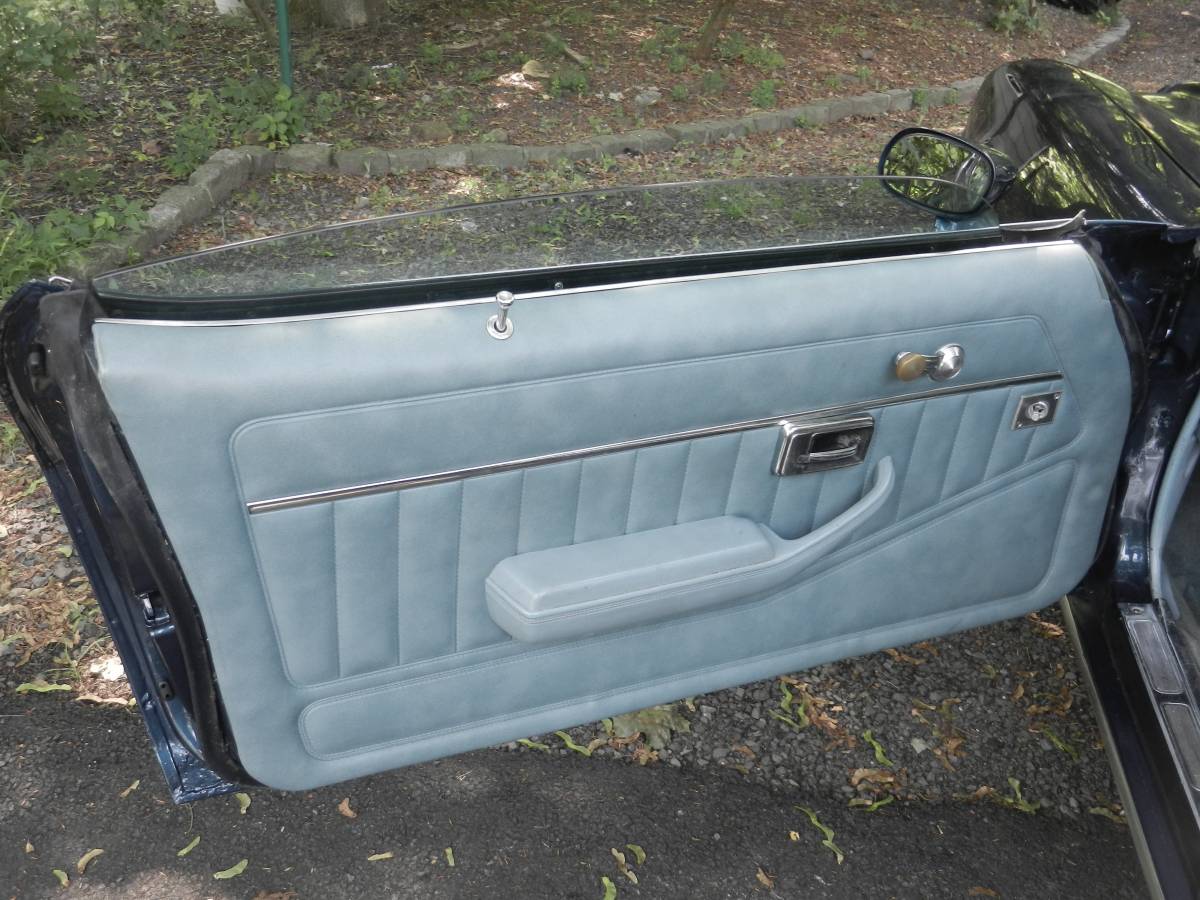 This Sport Coupe Camaro has the optional 305 cubic inch, two-barrel LG-3 V8 originally rated at 130 net horsepower which the seller states has been rebuilt.  The engine compartment appears to be nicely detailed.  The engine features a new radiator, water pump, and timing chain. 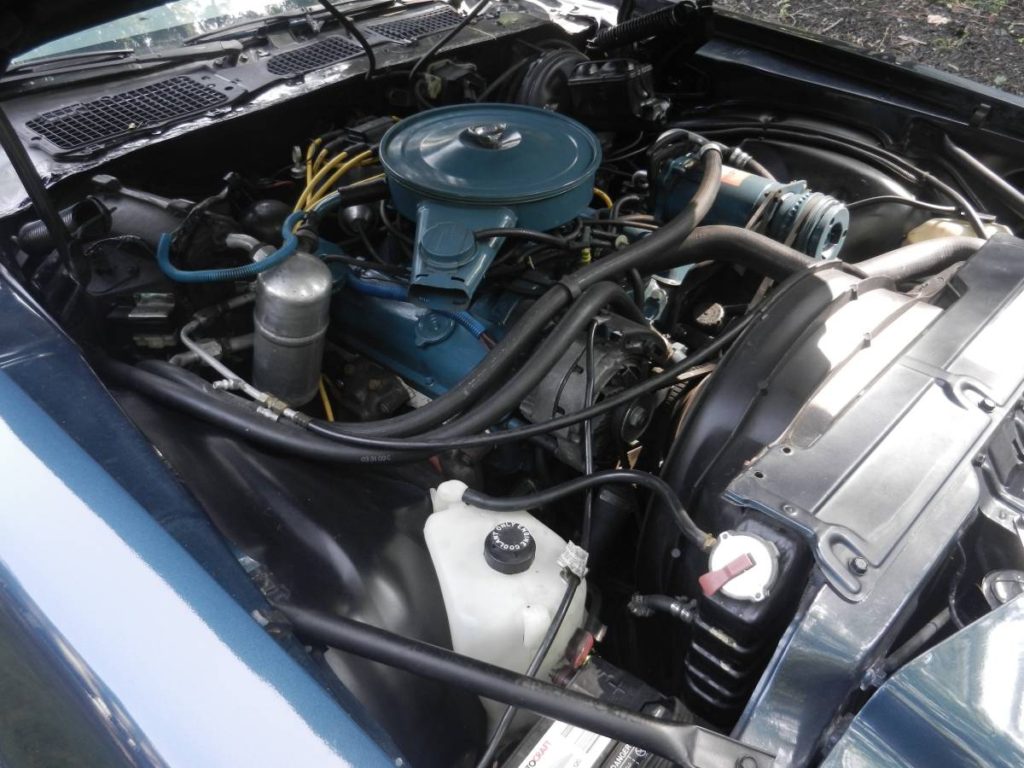 With no undercarriage or trunk pictures provided, we recommend an in-person inspection of the undercarriage and boot to ensure this example does not have any rust forming in the usual Camaro trouble spots.  If you’re looking for a sporty Malaise Era car without all of the dated graphics of a Z/28, you can’t do much better than this Camaro.  Good luck with the purchase! 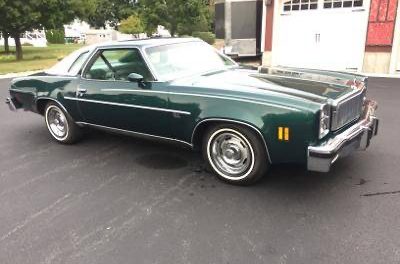