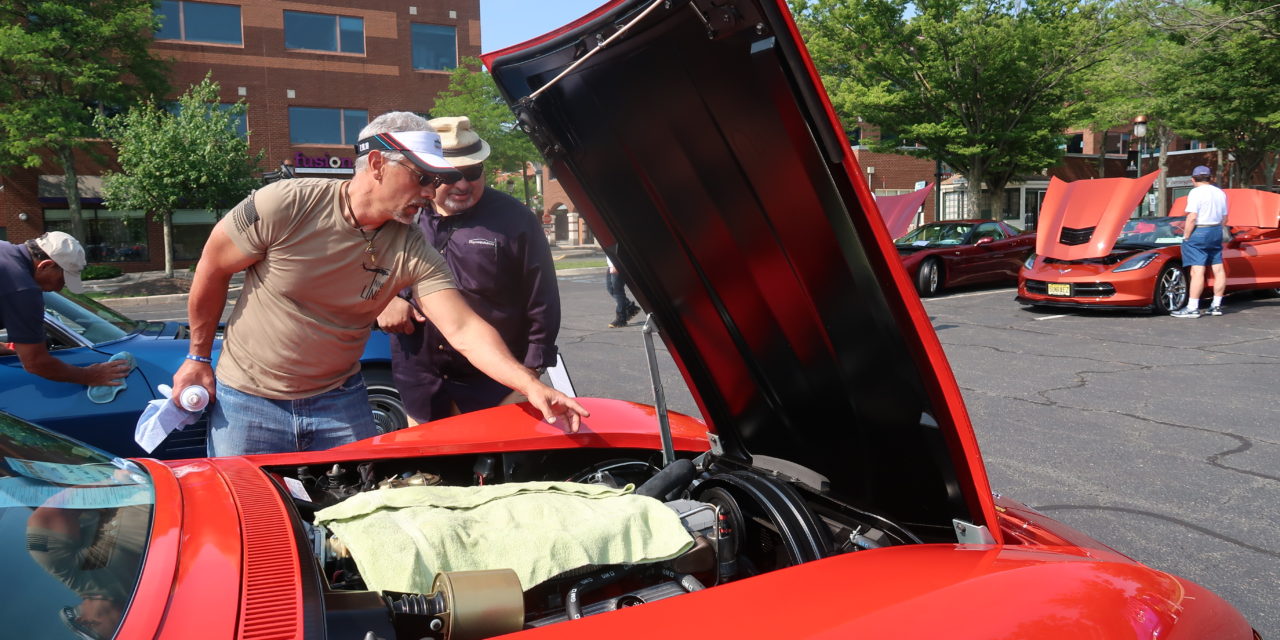 The weekend of June 1-2, 2019 weather-wise was gorgeous in the NY/NJ/PA Tri-State Area, so that Sunday the Guys With Rides Team attended the Spirits of ’53 Corvette Club’s annual Judged Car Show held in nearby Princeton, New Jersey.  The show celebrates the 45th year since the club’s founding and club members generously donate to Ronald McDonald House. 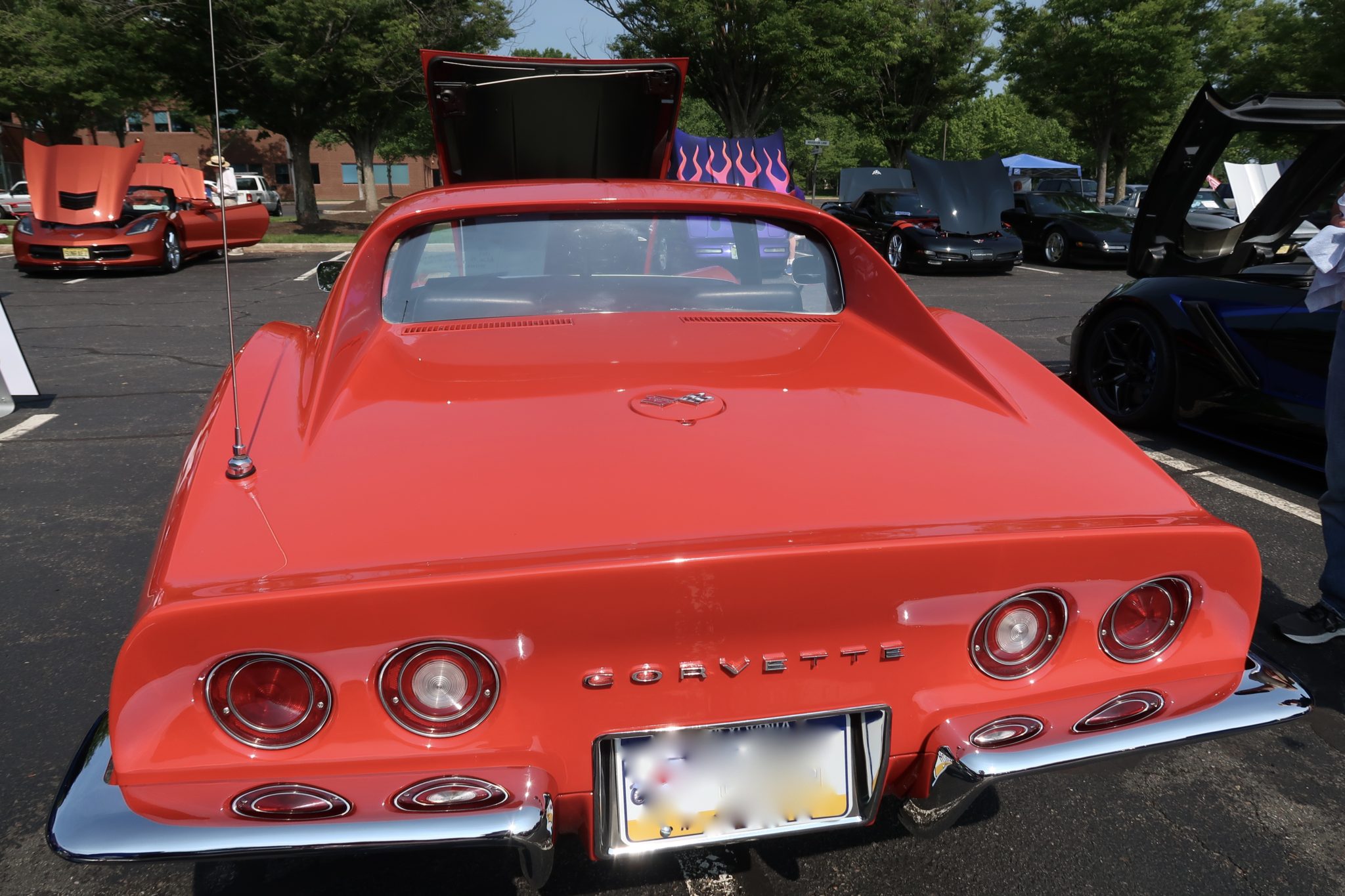 As we toured the show, we enjoyed watching the Corvette owners complete the final prep of their cars before judging started later in the morning.  One Corvette that really struck us was a 1969 Monza Red coupe owned by Adam. 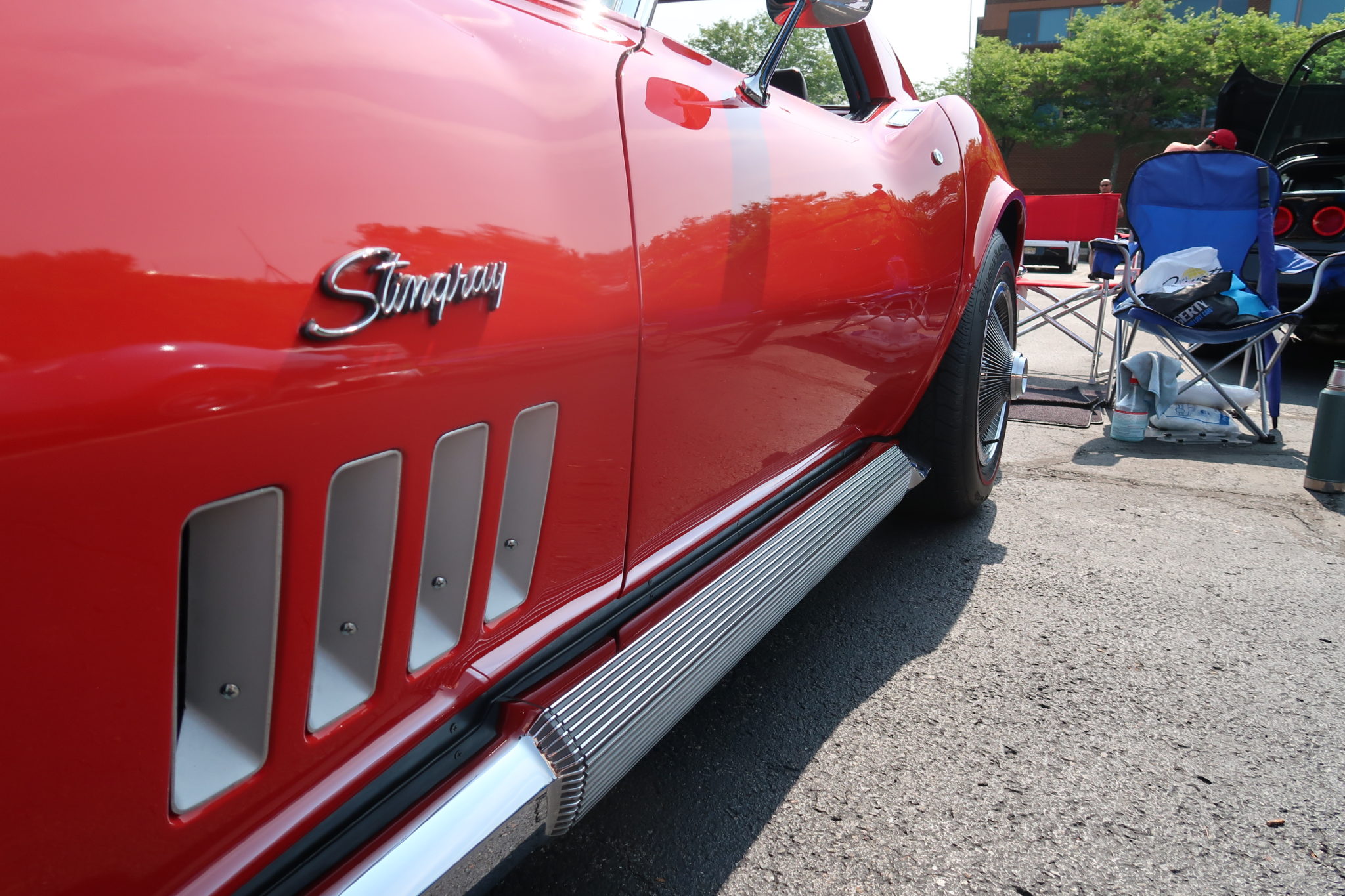 Adam is the third owner of this 24K mile example that features the 350 cubic inch, 350 horsepower small block V8 connected to factory side pipes.  Adam purchased the car from the second owner, a dairy farmer in Western New York who bought the Corvette from another local milk producer who was the original owner.  When searching for a Corvette to restore, Adam wanted a car with a story; he wasn’t interested in a “flipped” car with a lost history.  Adam eventually found it in the pristine example you see here.  While this Corvette had low miles (prior to Adam’s purchase, the second owner last registered this Corvette in 1989 – Adam left the old NY registration labels in the windshield) at some point the prior owner painted the bottom half of the car with a bed liner type substance to prevent stone chips.  So, while he bought a complete, solid car with zero rust in the “bird cage” (that’s the structure which forms the windshield and T-Top frame on C3 Corvettes) it needed a thorough restoration. Unfortunately, shortly after starting work on the car, Adam’s wife lost her job. That combined with putting two kids sequentially through college put the project on hold for nearly seven years. 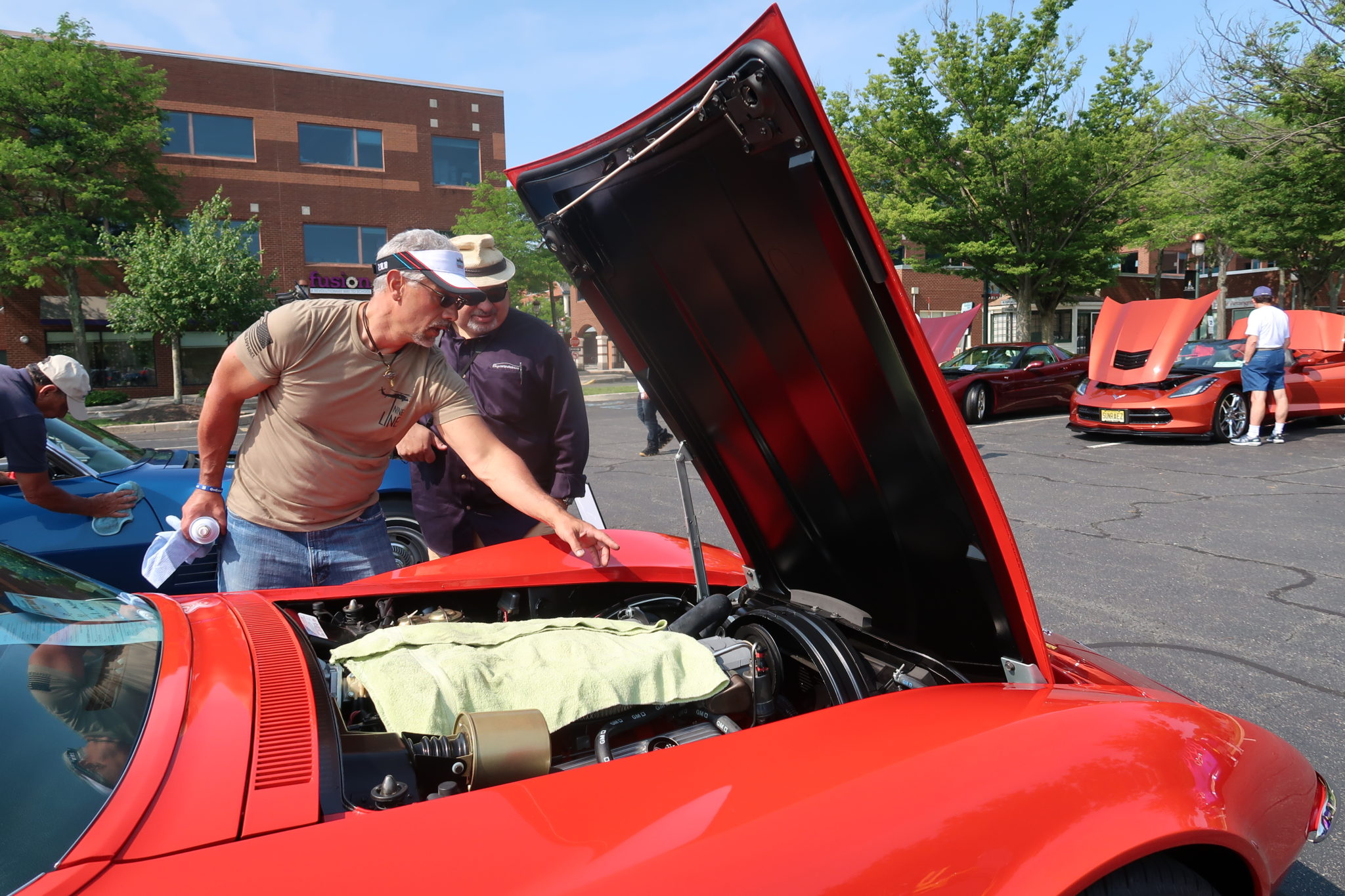 Adam didn’t want to be “one of those guys who has an unrestored collectible car disassembled in his garage” so once he was able to restart the project, he was all in.  Adam claims he’s no mechanic as his day job is in IT, however judging by the restoration book he walked us through, you’d think differently.  Adam completed the frame-off restoration in his garage, with the only major outsourced job having the body painted by a professional shop. 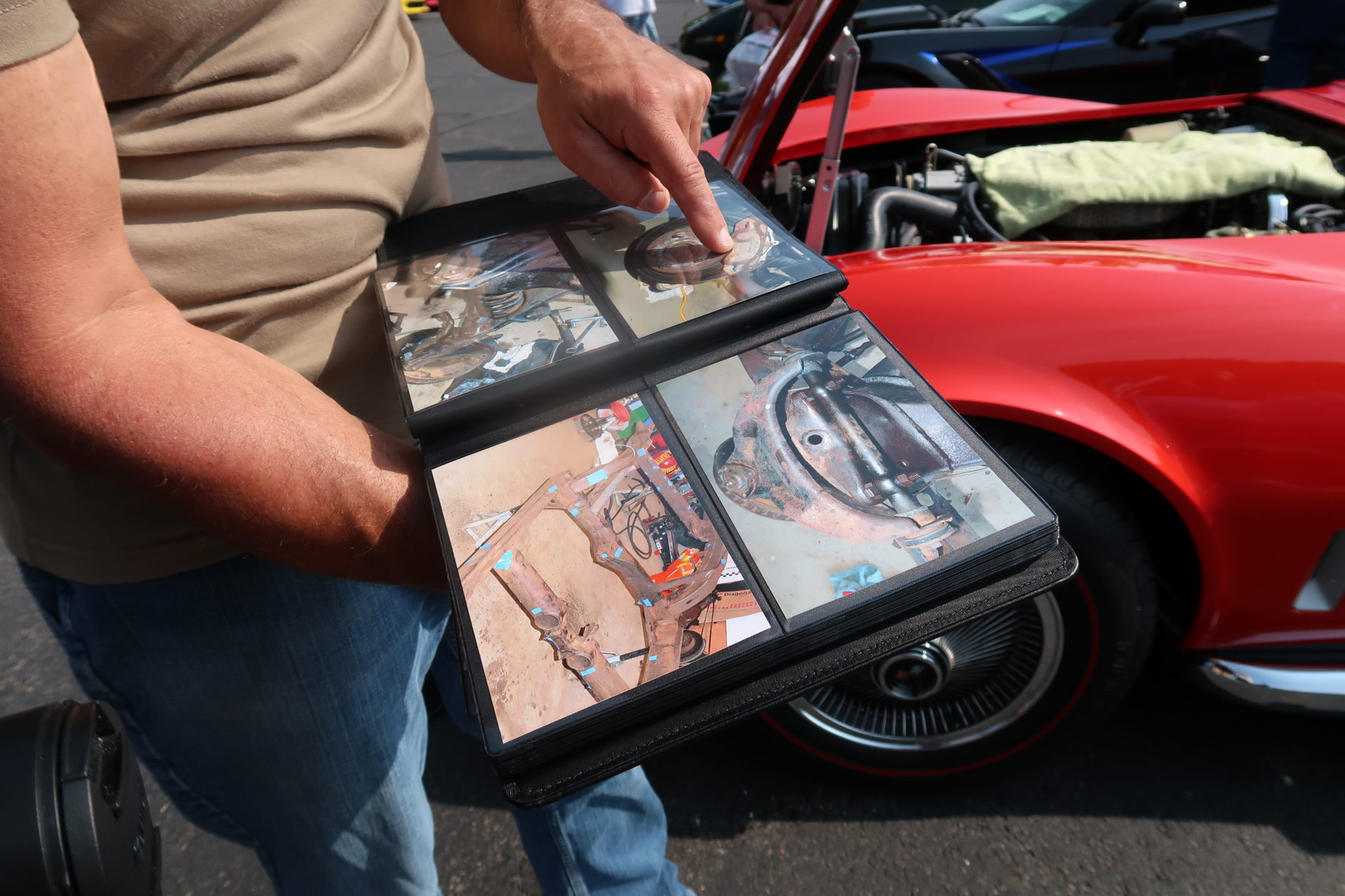 We were impressed with how proud Adam is of the work and the research he did to ensure his Corvette is slightly better than the National Corvette Restorers Society (“NCRS”) standards.  In one example, Adam showed us that while NCRS requires the rear differential be left unpainted, he used a coating to simulate the look but prevents the inevitable rust that would result on an untreated metal surface.  His attention to detail was thorough, as he painstakingly recreated the factory production markings and labels to bring his Corvette back to slightly better than when it left the St. Louis factory. 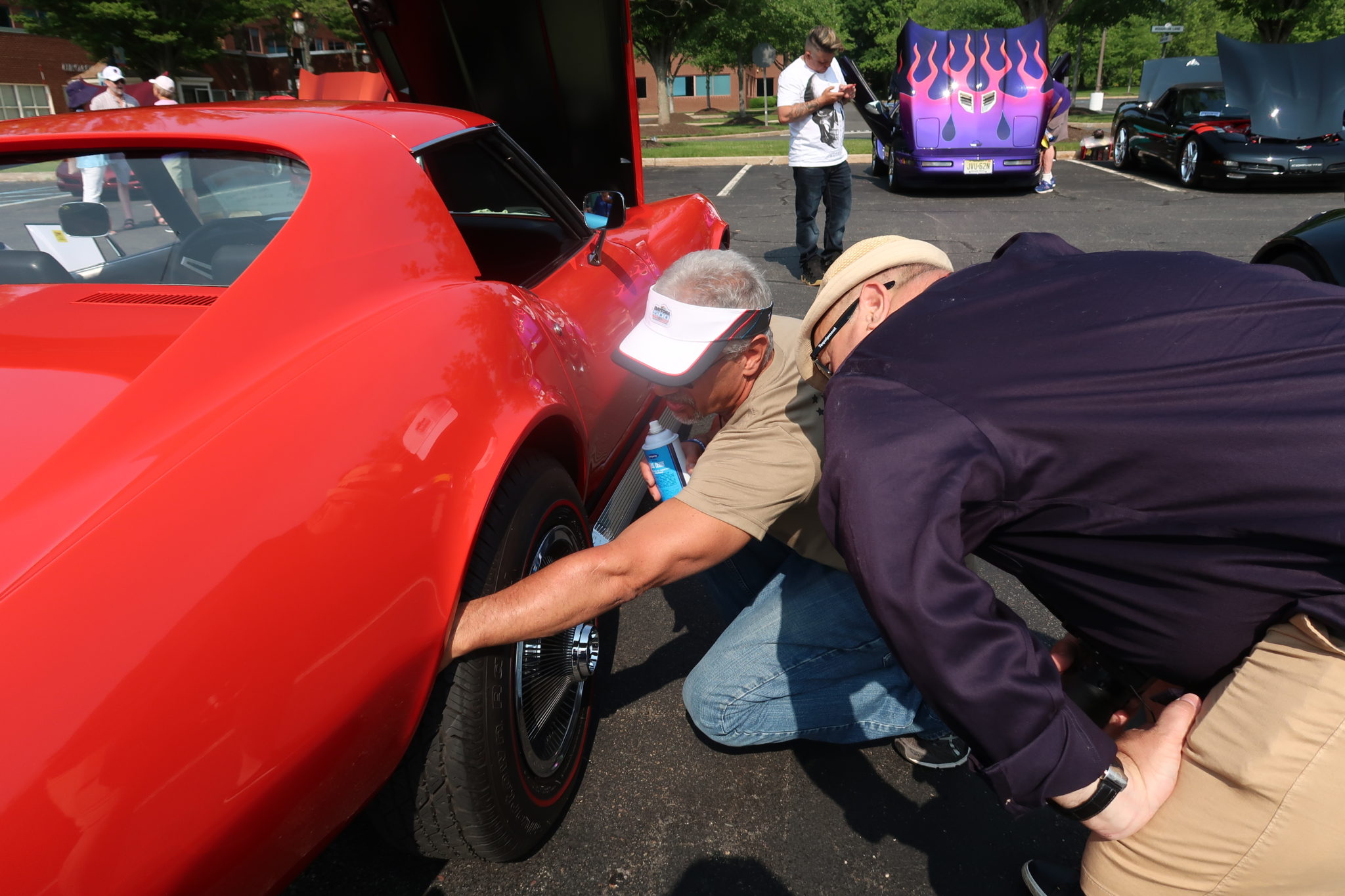 We appreciated Adam taking time away from preparing his Corvette for judging to proudly tell us about his car. We were thrilled to learn Adam won first place in his class at the show, which was not an easy feat given the quality of the other Corvettes he was up against! Great job Adam and thanks again! 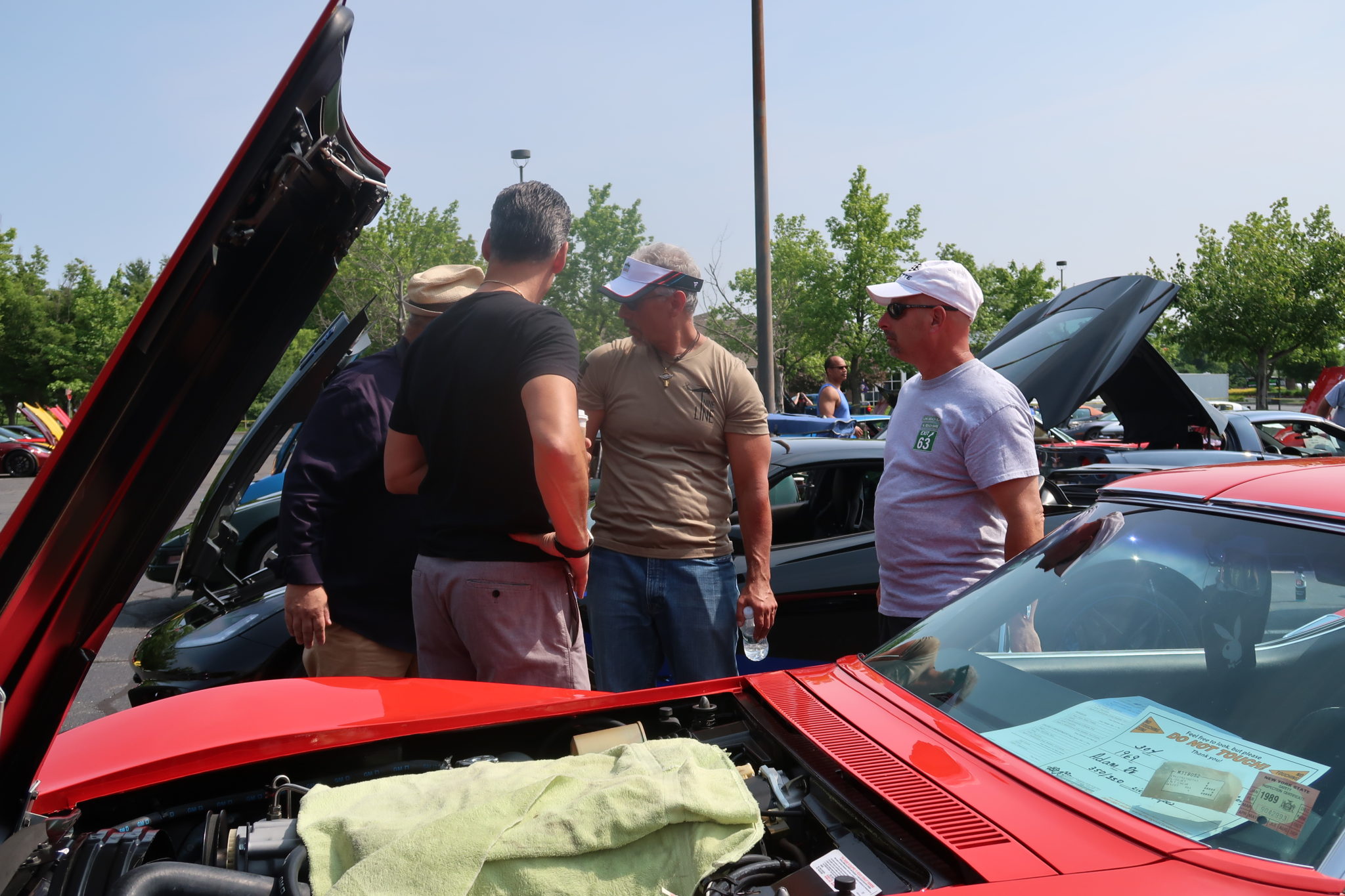 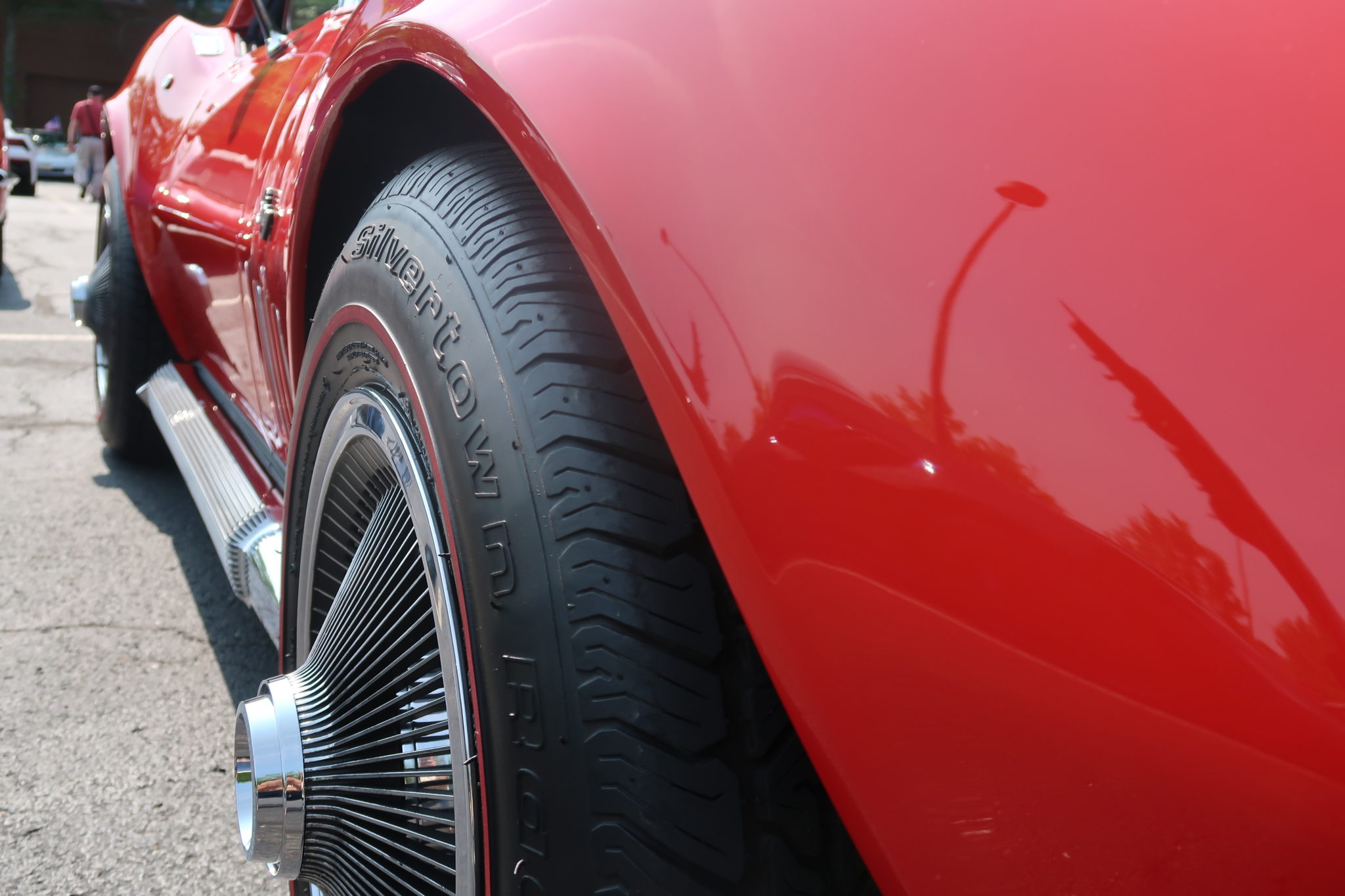 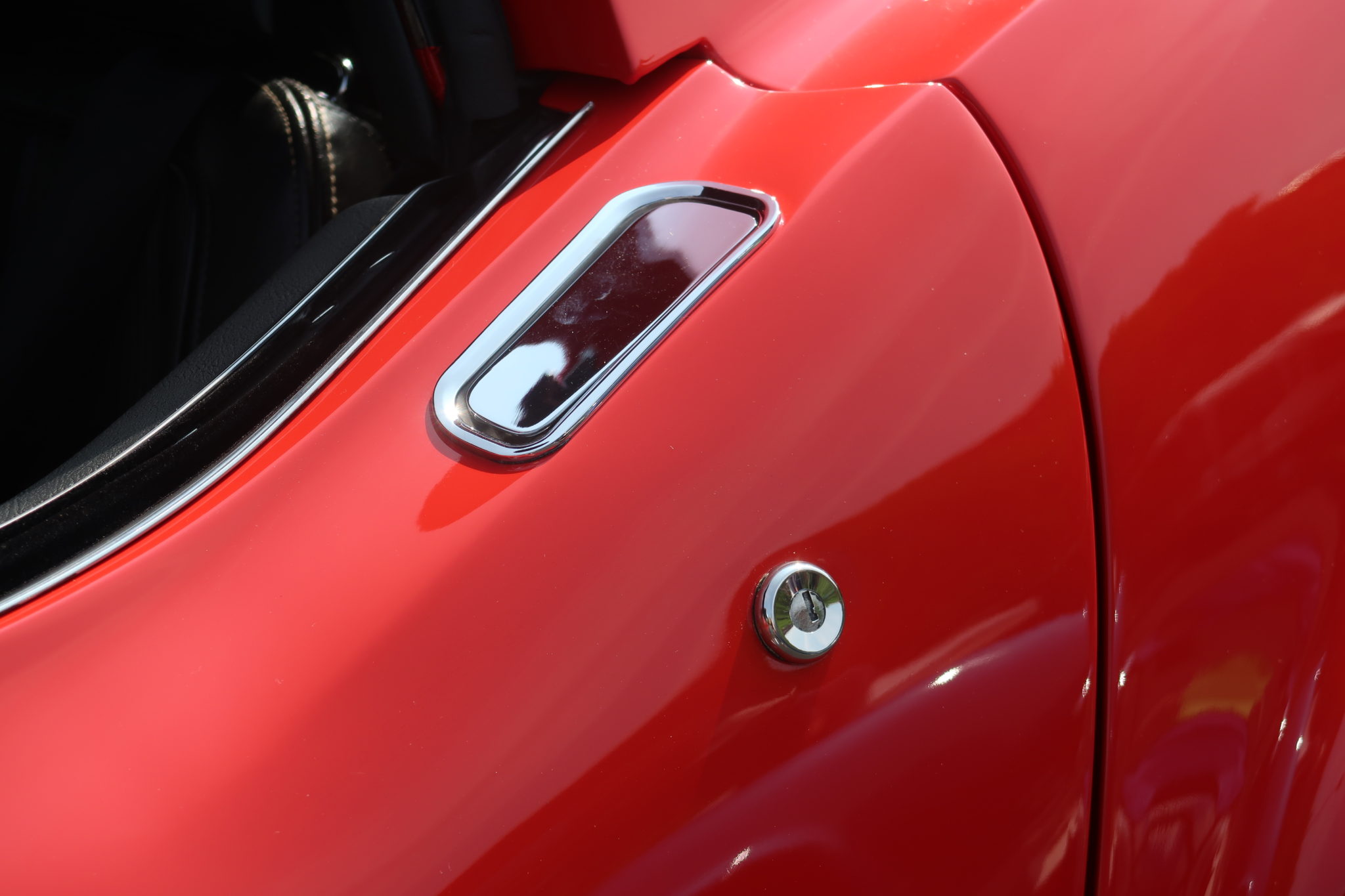 When it comes to collectible cars, there is a story under every hood.  Do you have a story you’d like to share?  Drop us a line at [email protected]