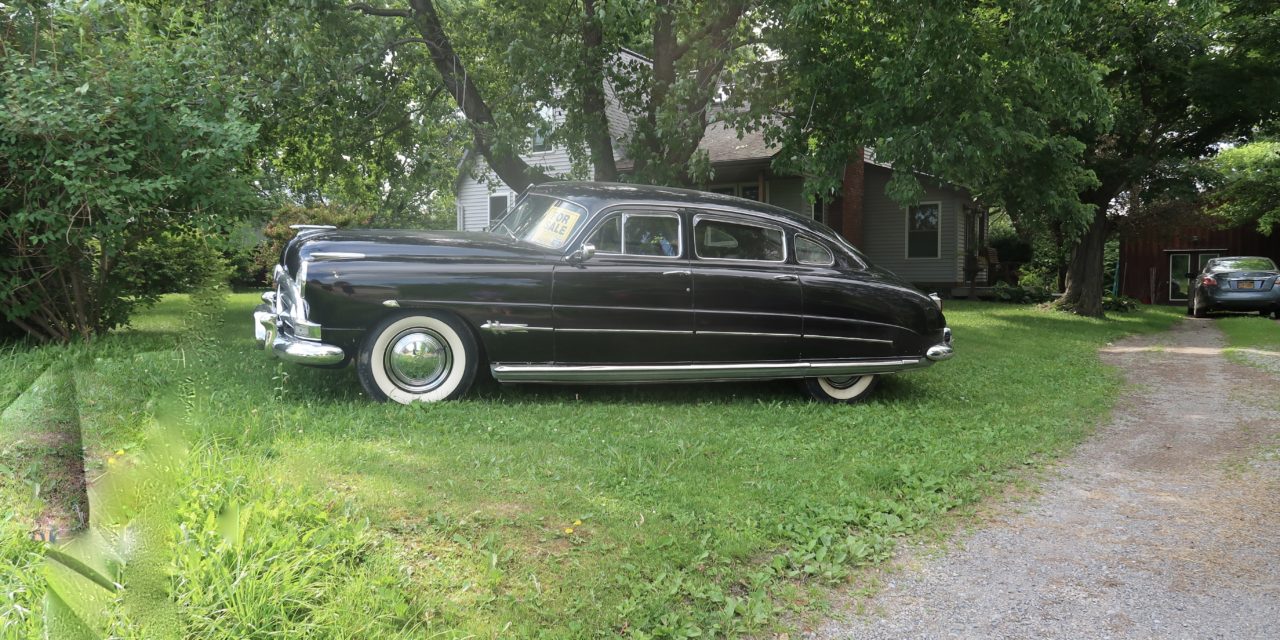 While driving around Cayuga Lake in Central New York, we stumbled upon this 1951 Hudson Hornet Four Door Sedan for sale by the side of the road six miles north of Ithaca. The private seller, Gary, wants $14,500 firm for his Hornet and as of this writing, he does not have it listed anywhere online.  The NADA Classic, Collectible, Exotic, and Muscle Car Appraisal Guide’s lists the current “Average” value for these cars at $16,000 while the Hagerty Insurance Online Valuation Tool values #3 “Good” examples at $14,800 so we believe the seller’s expectations are in line with the market for this car.

In 1948, Hudson disrupted the automotive world by launching their innovative new and trademarked “Monobuilt” or “step down” design that placed the passenger compartment down inside, rather than on top of, the car’s frame.  Unlike any other automobile produced to that point, drivers and passengers stepped down into the vehicle’s floor that was surrounded by the perimeter of the  car’s frame.  The advantages of the design were profound:  a lower center of gravity provided state-of-the-art handling as well as providing a safer car overall.  The step-down design provided a very sleek design: a long “torpedo” with clean flush-fender sides, modest tail lamps, fully skirted rear wheels, and a low, horizontal grille.

The Hornet, introduced in 1951, featured the step-down design as well as a 308 cubic inch flat-six which made it the largest such engine available in a passenger car at that time. While our understanding is that most Hudsons with this engine in 1951 came equipped with a two-barrel carburetor, this particular example utilizes a one-barrel downdraft unit.  Gary reports that he has not seen another Hudson equipped like his.  We witnessed this Hudson start right up and idle smoothly after sitting for two days.  Here is a quick video of the engine running at idle: 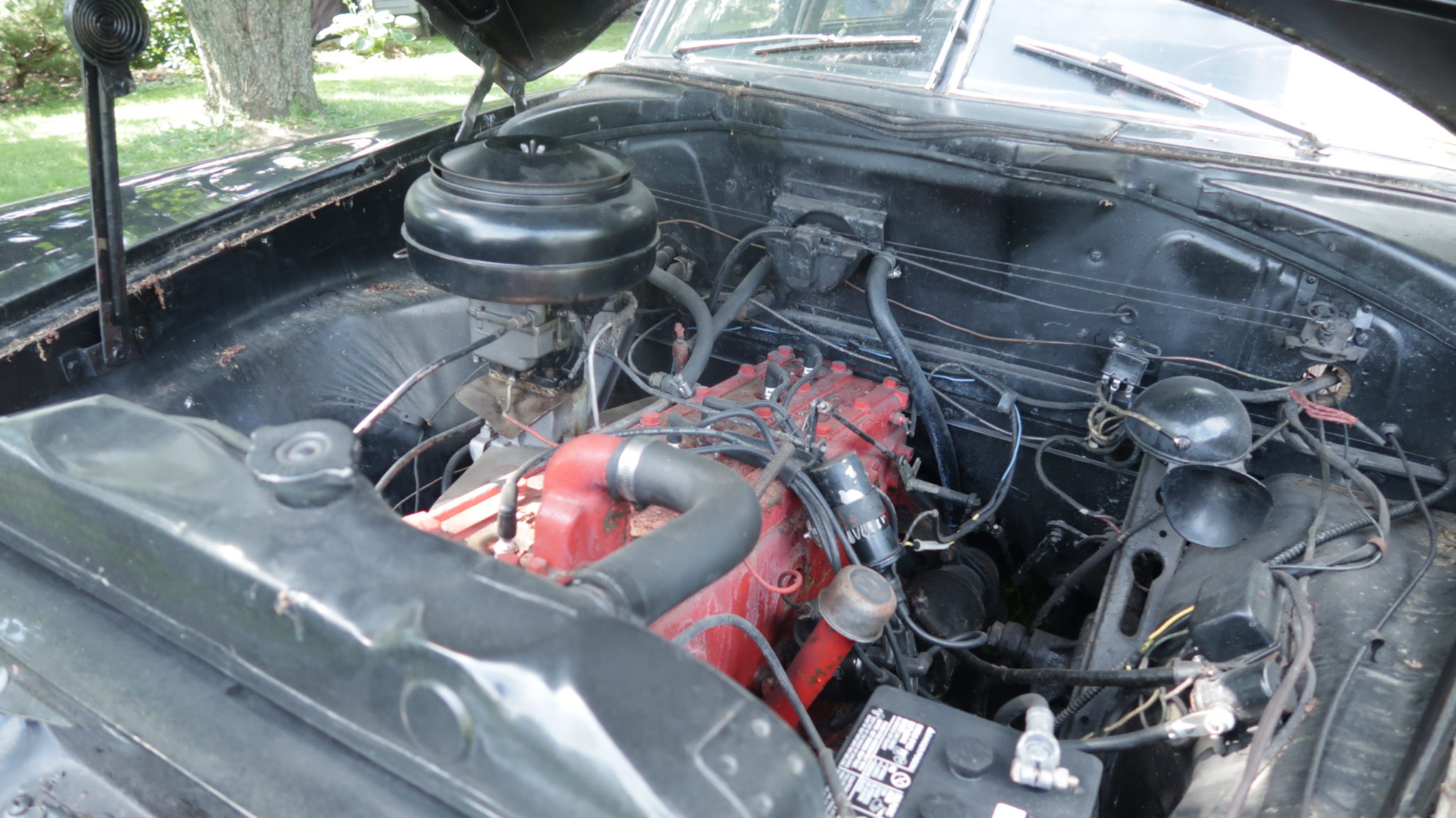 The black exterior of this Hornet has a nice patina consistent with the age of the car and we love how the rear fender skirts on these cars almost completely enclose the rear wheels.  Gary was quick to point out that his Hornet comes with a number of spare parts and trim pieces he’s been collecting for the car. 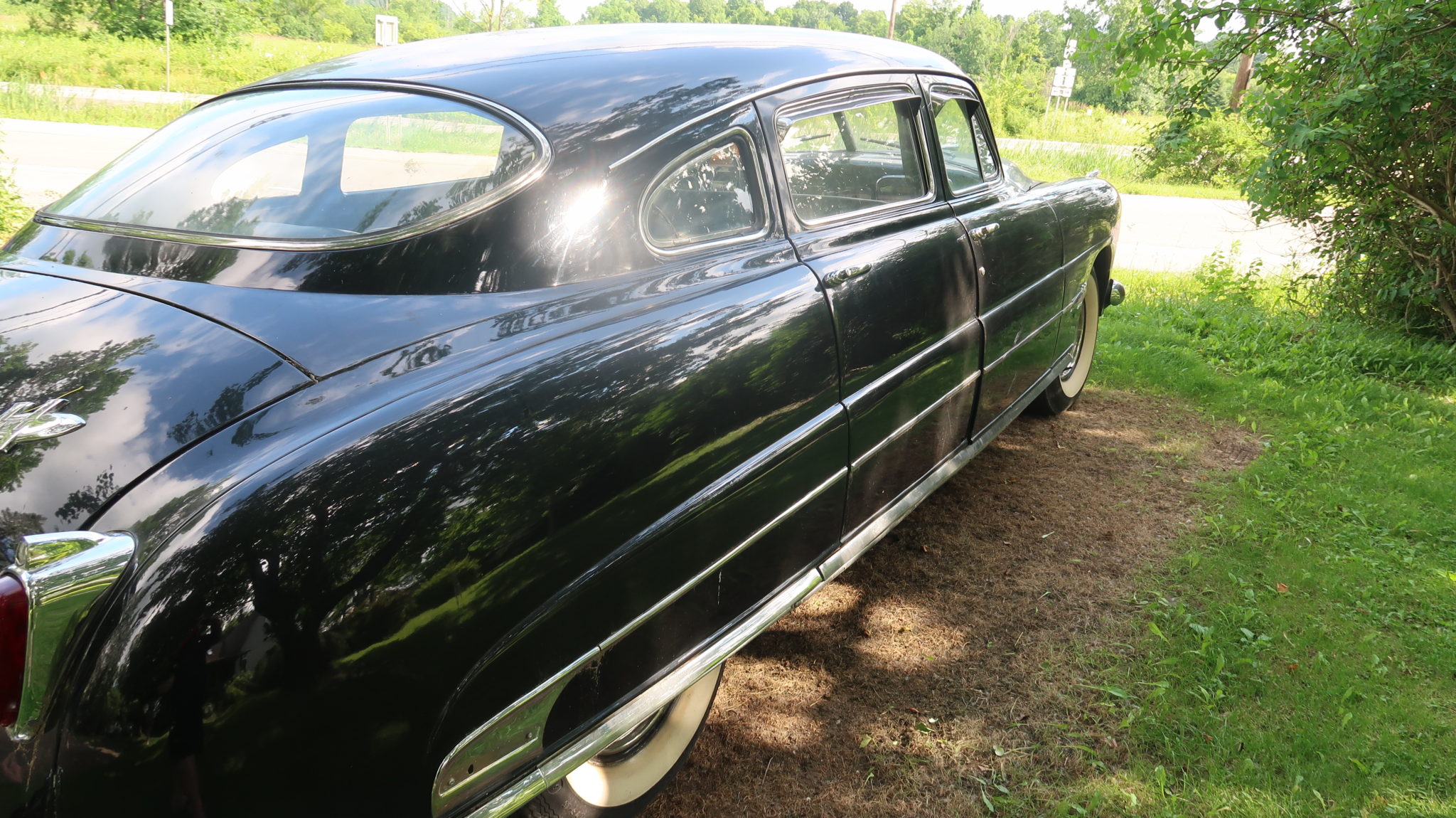 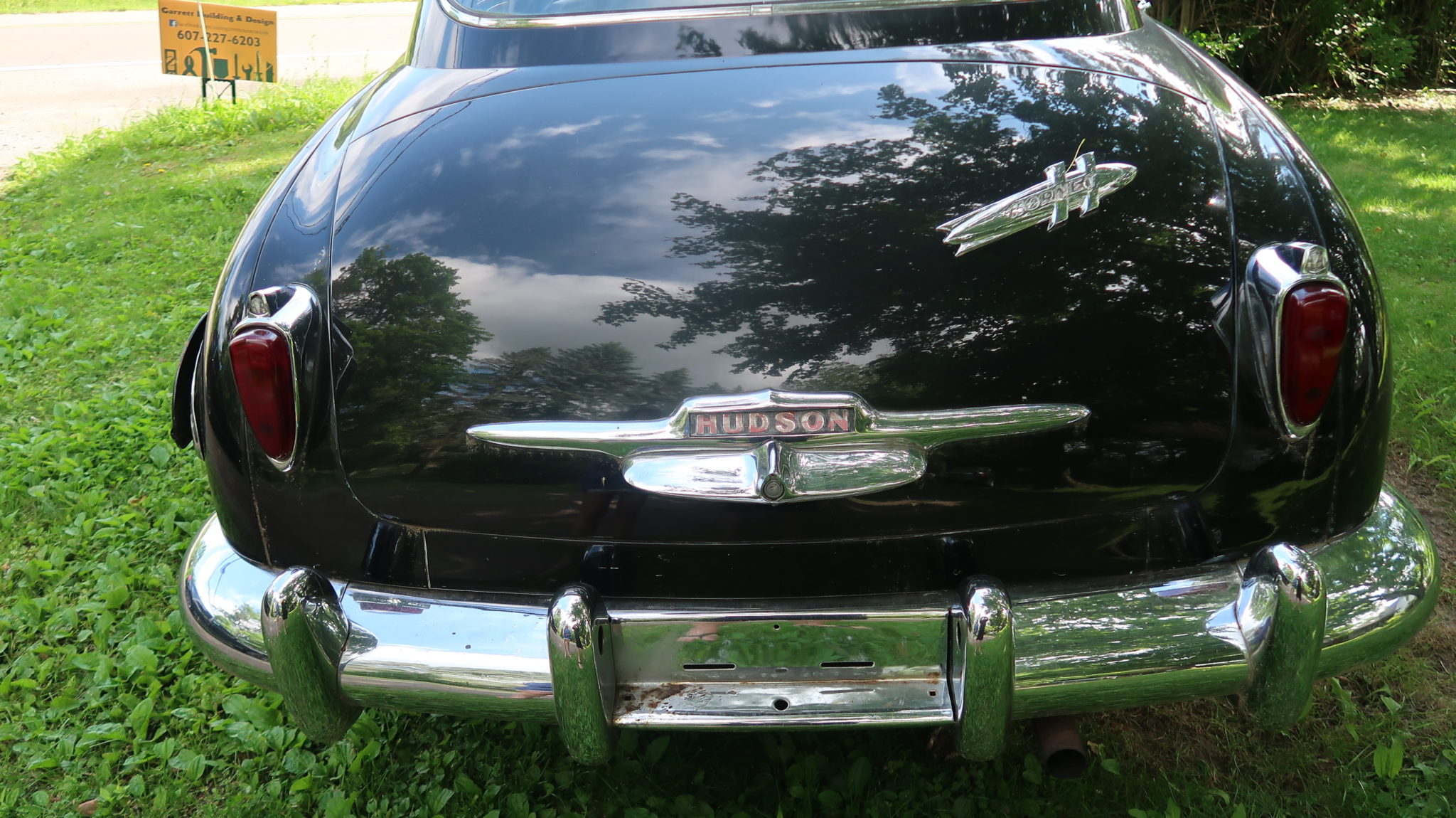 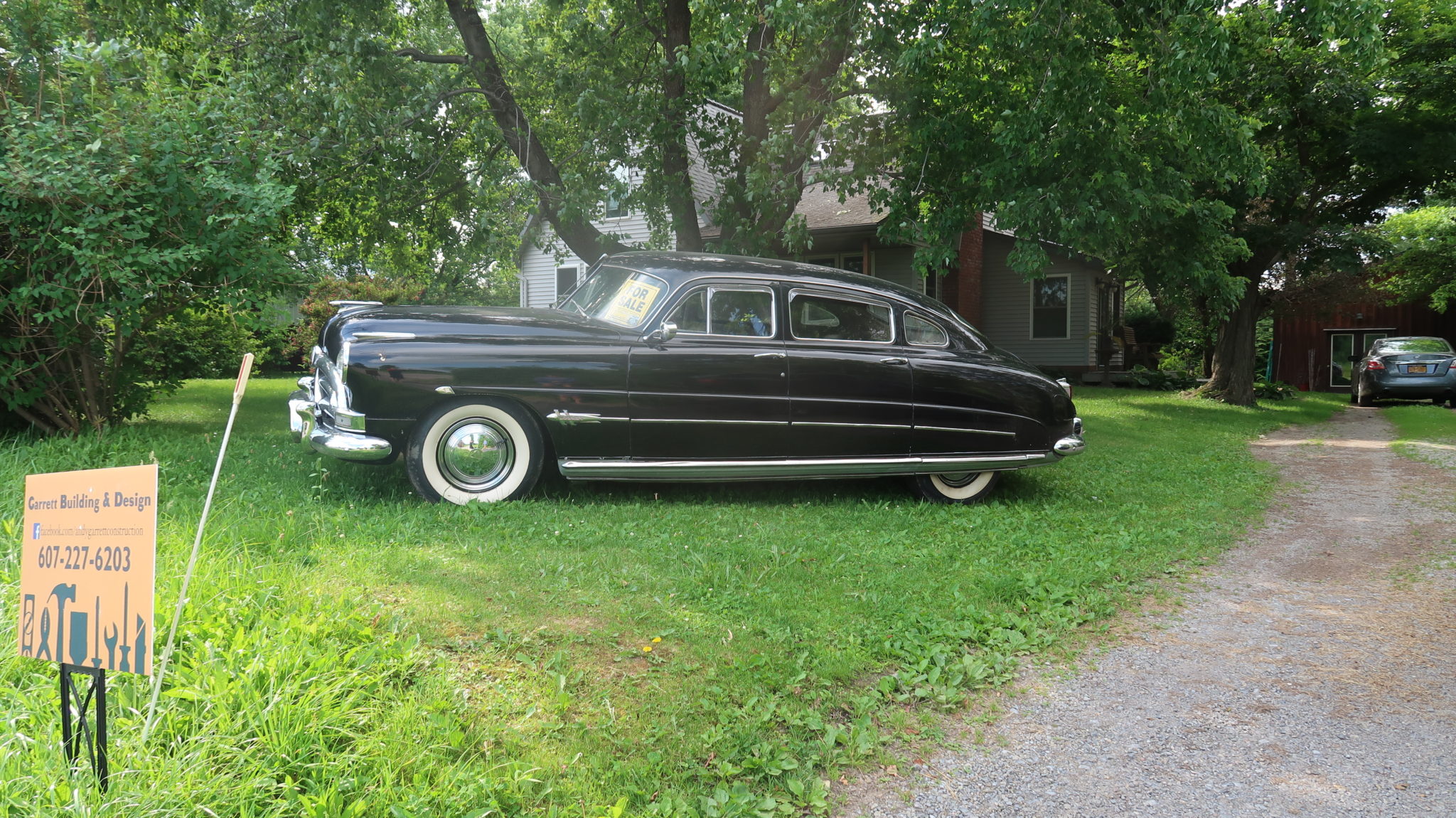 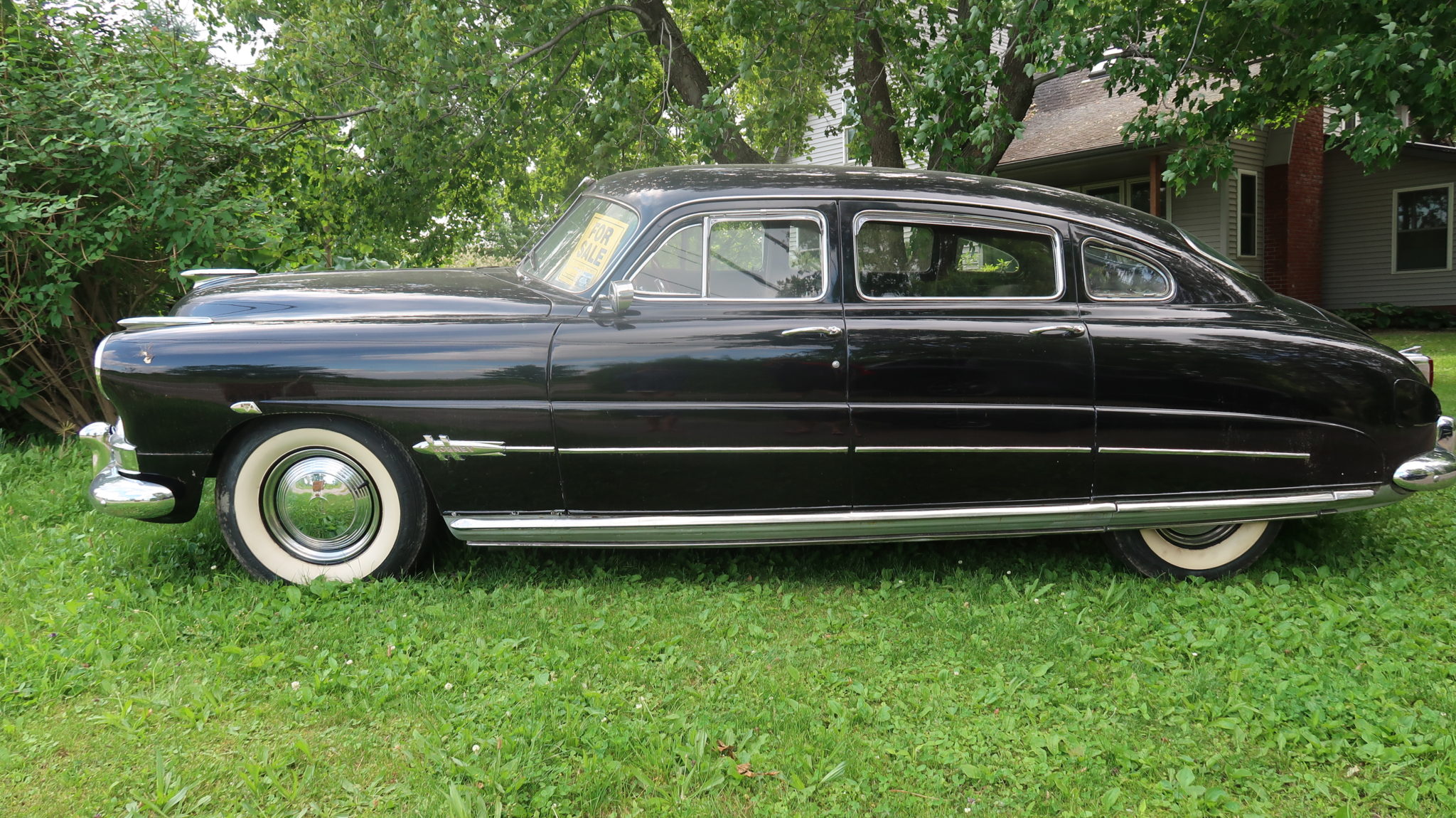 The interior is a wonderful mixture of period-correct mohair and striped cloth that presents well.  The chrome dashboard is more striking when seen in person versus what our camera captured. 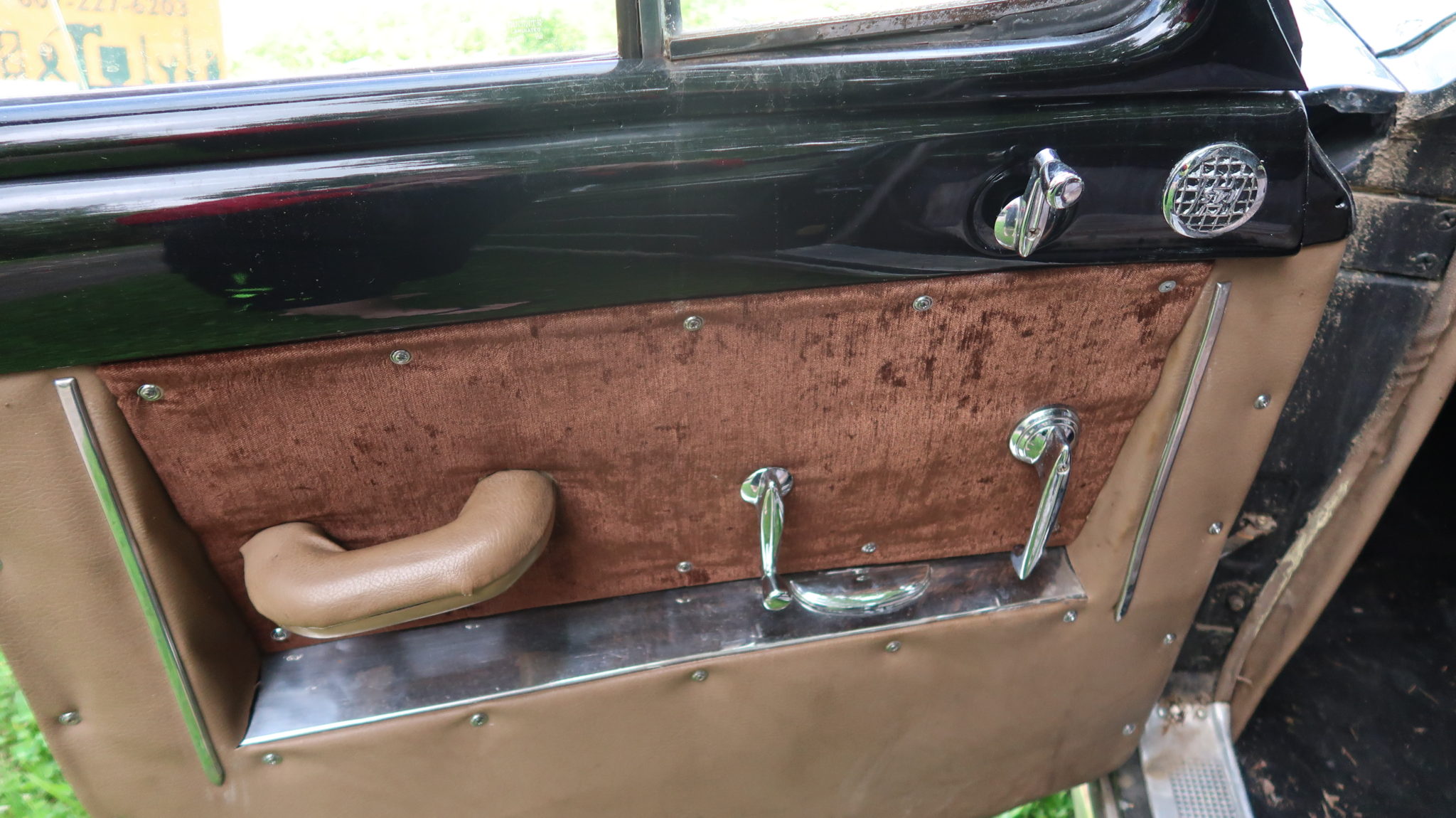 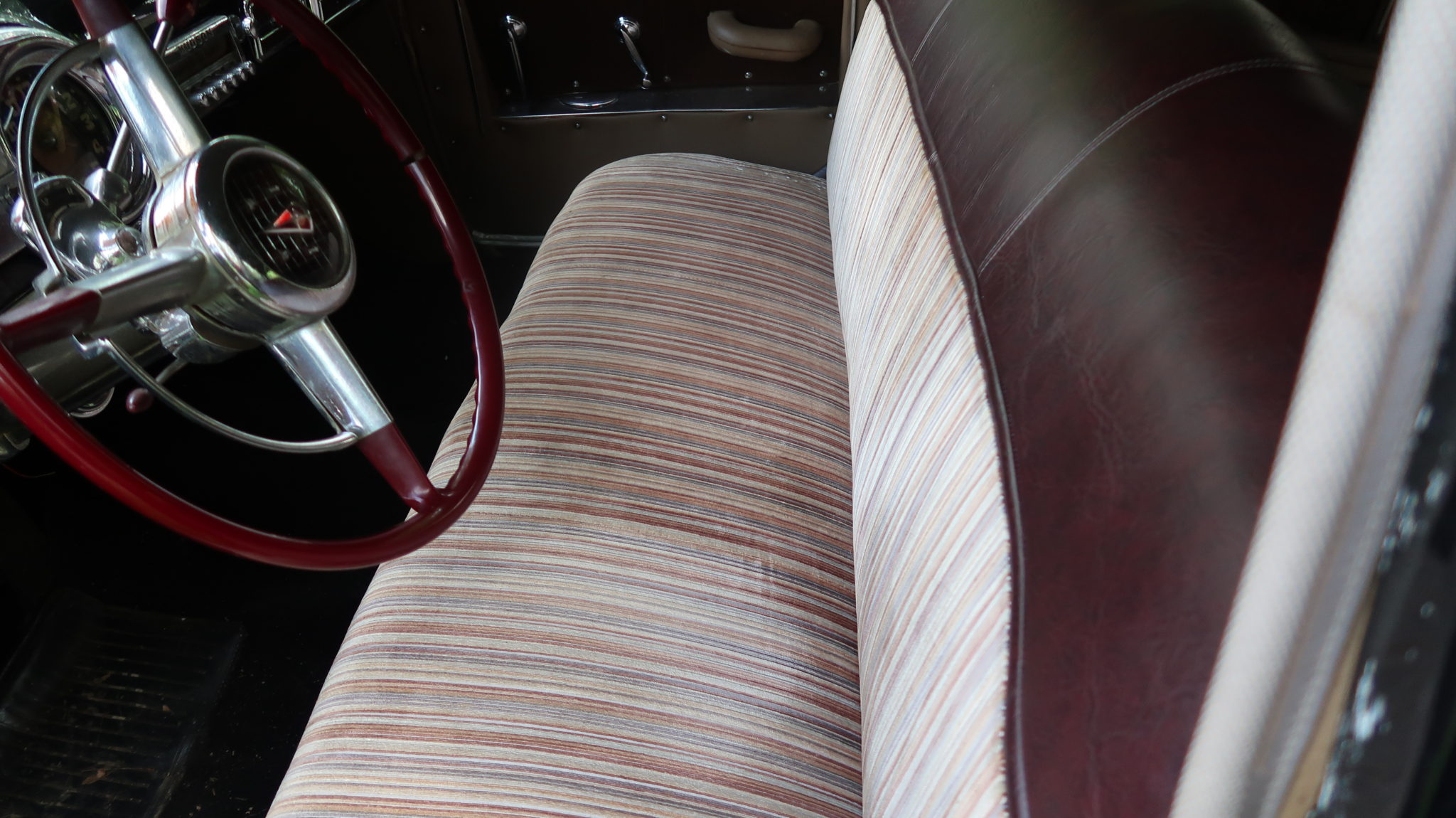 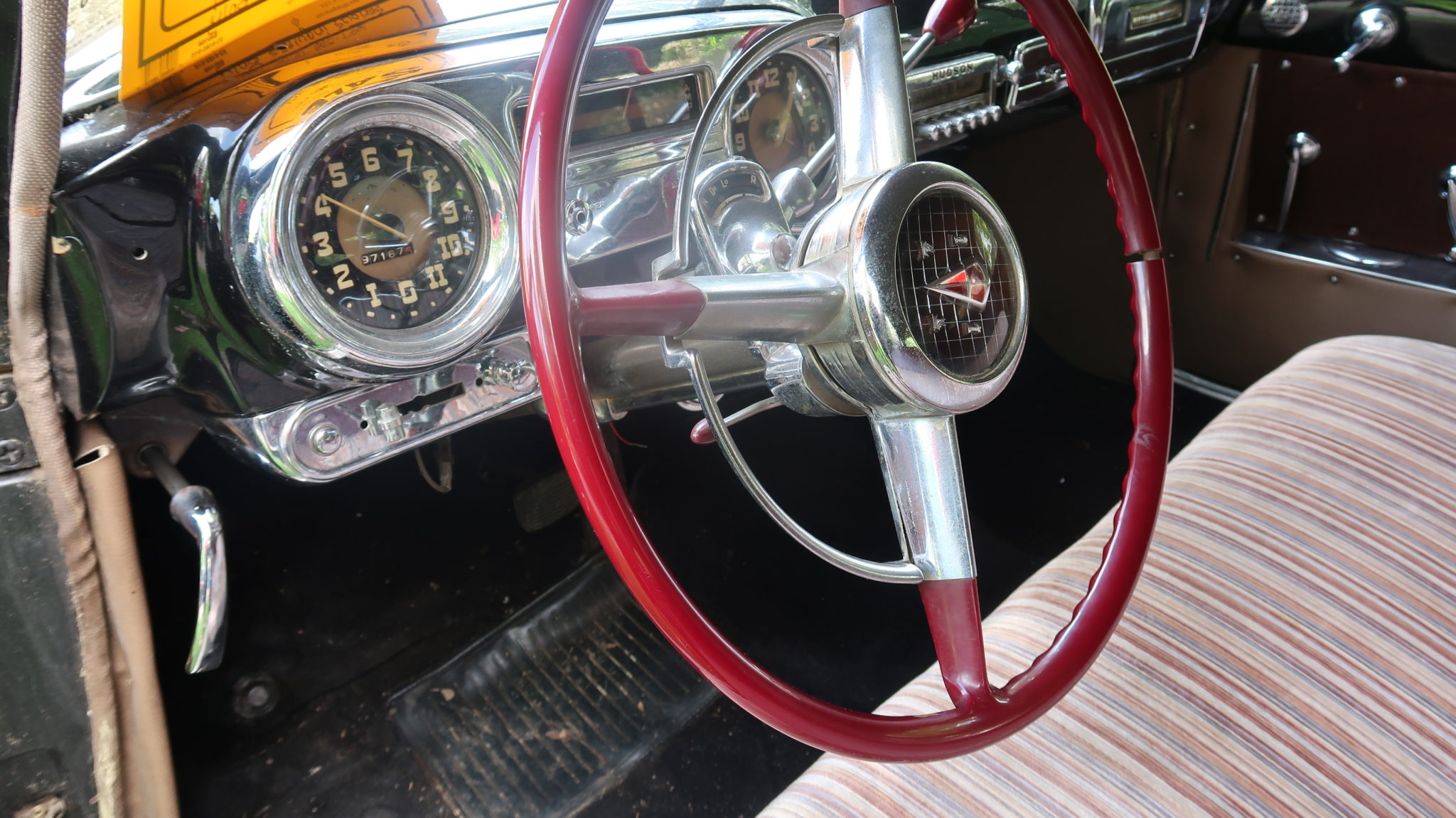 Gary reports his Hornet runs and drives well however he does note that the lack of power steering and power brakes means the driver needs to ready to apply a lot more effort and thought into steering and braking than typically required in a modern car. He also notes there can be a slight hesitation once the car is at cruising speed, however he believes that can be easily addressed by replacing felt manifold gasket where the carburetor connects to it.

Gary had it registered through the end of 2018 before he decided to sell it.  As the picture below shows, this Hornet passed the often thorough New York State inspection, so that is a positive confirmation the car remains road-worthy.

Gary wants to sell his Hornet to the next caretaker who will drive and maintain in its currently driver-quality state rather than to someone interested in restoring it.  We agree with the seller that its only original once, so we’d prefer to see it kept that way as well! 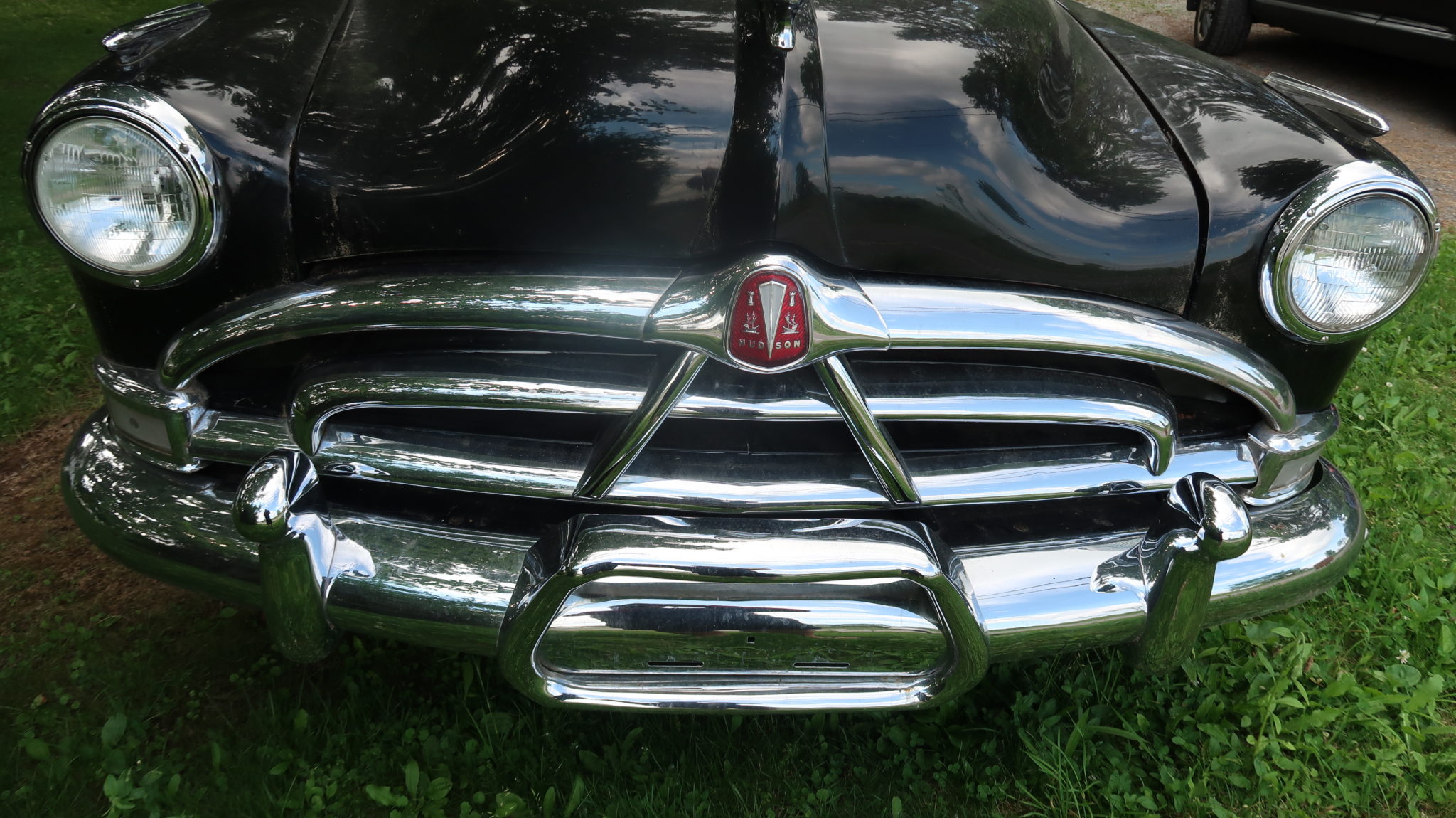 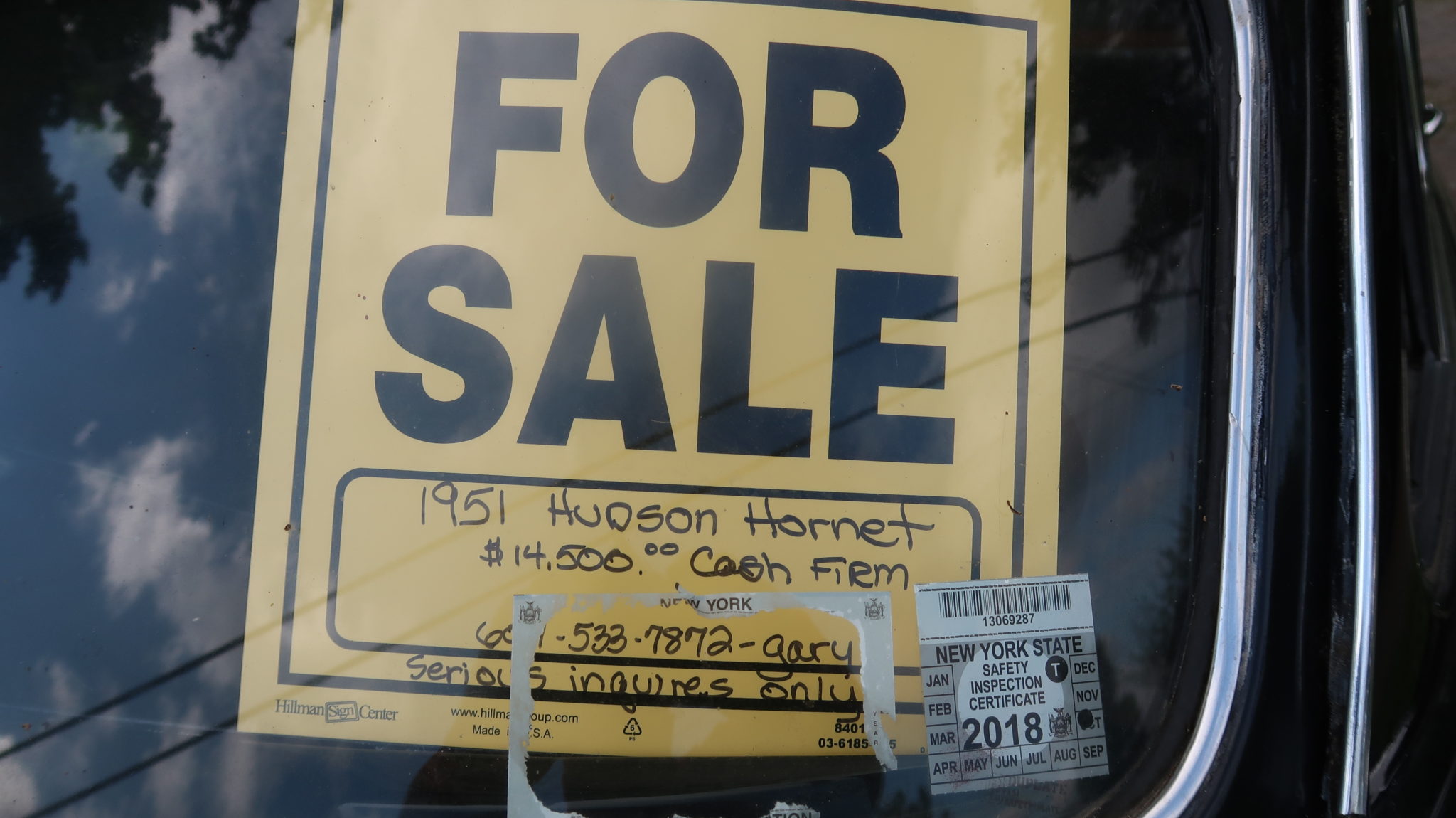 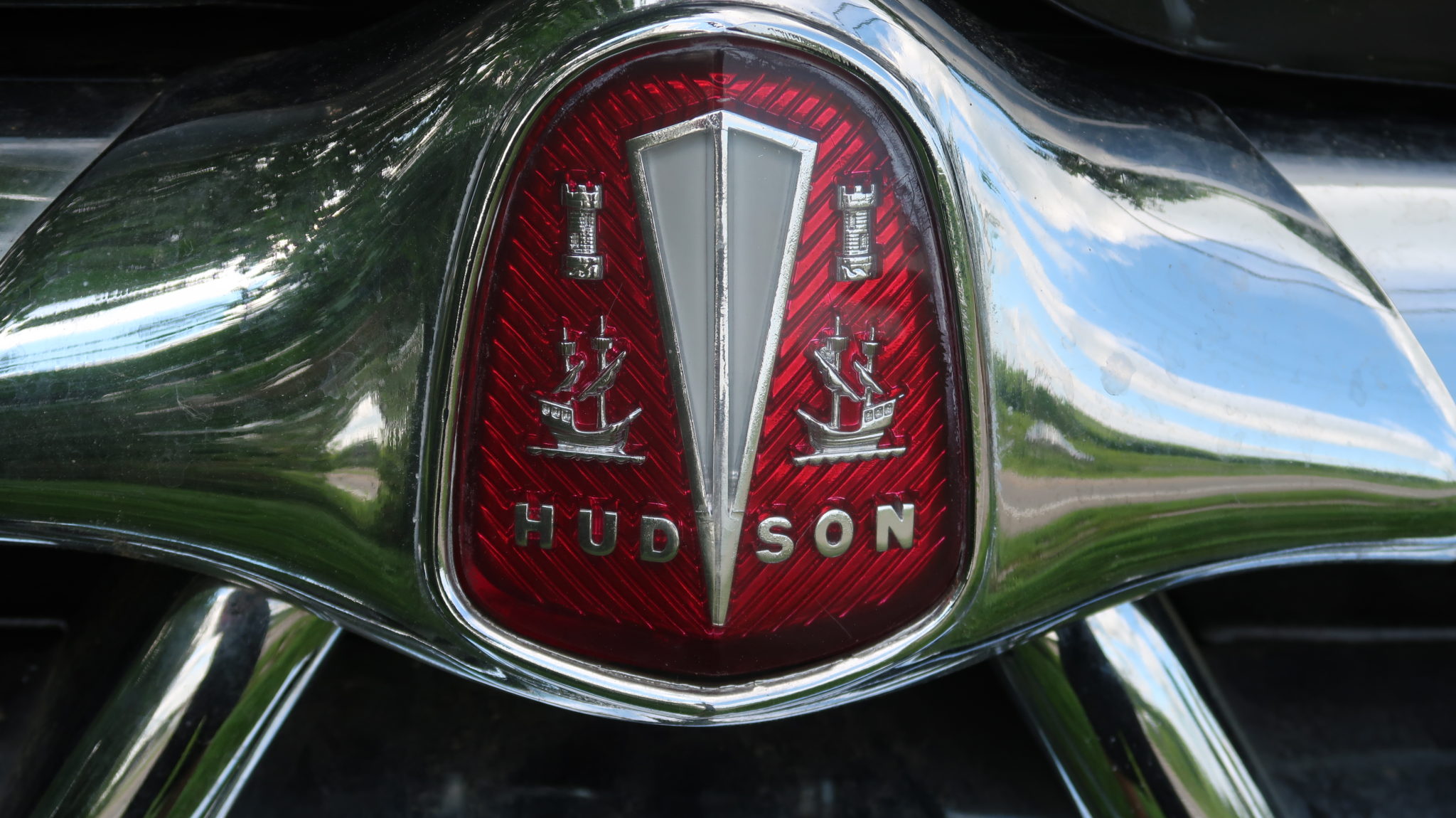 The innovative engineering and great performance of its day are the primary reasons why Jay Leno and Steve McQueen had Hudson Hornets in their collections.  This example would make a nice car for any vintage NASCAR enthusiast to add to their collection.  Good luck with the purchase!