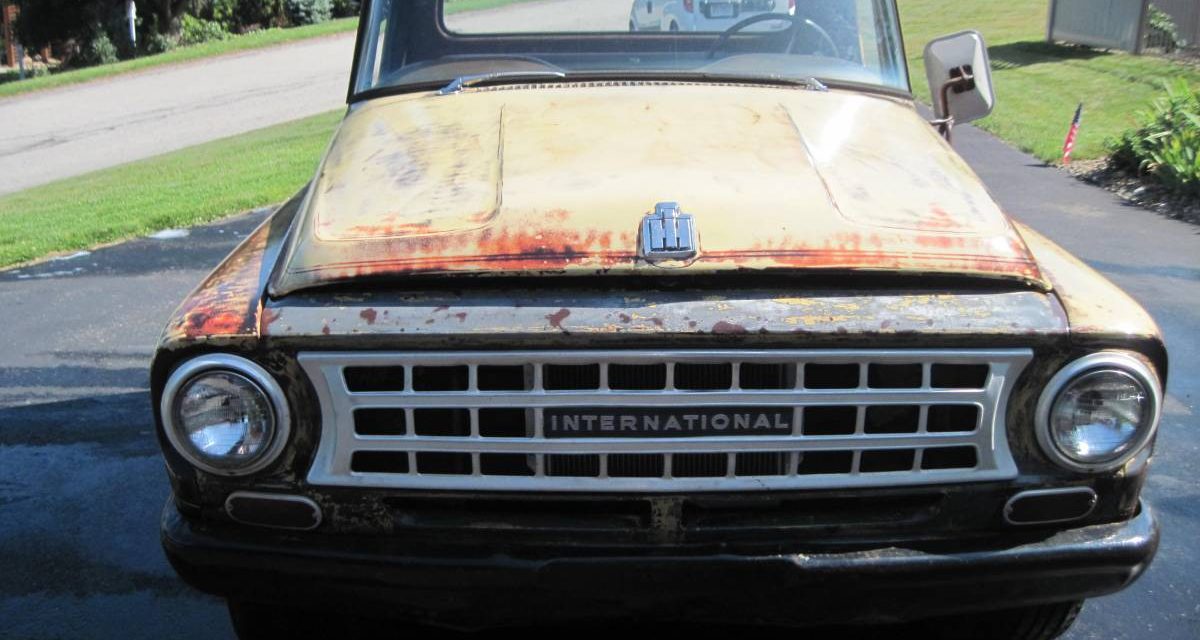 We found this 1964 International Harvester C900 Short Bed Pickup here on Craigslist in Pittsburgh, Pennsylvania where the private seller is currently asking $6,250.  Using the Hagerty Insurance Online Valuation Tool as a Guide, the seller has his IH priced $2,250 less than the #3 “Good” Level of $8,500. 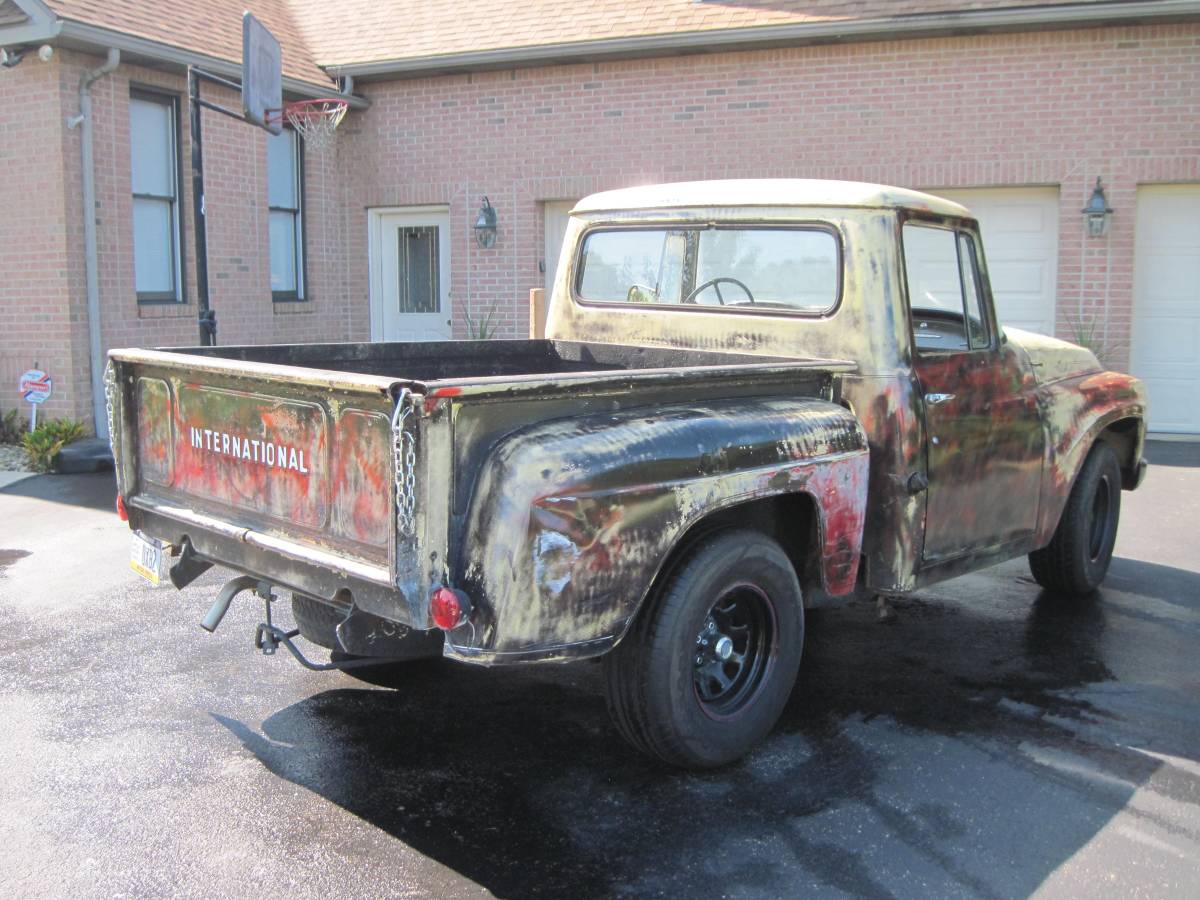 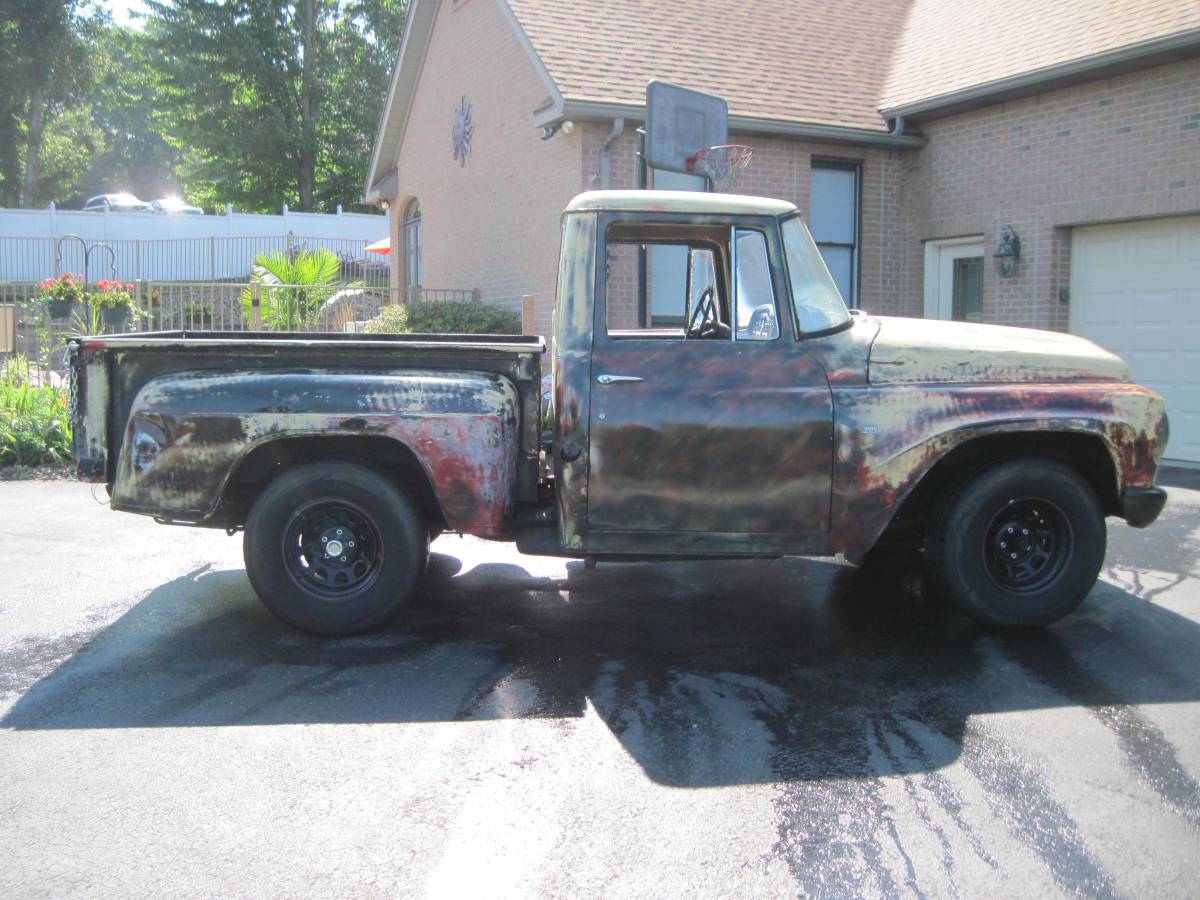 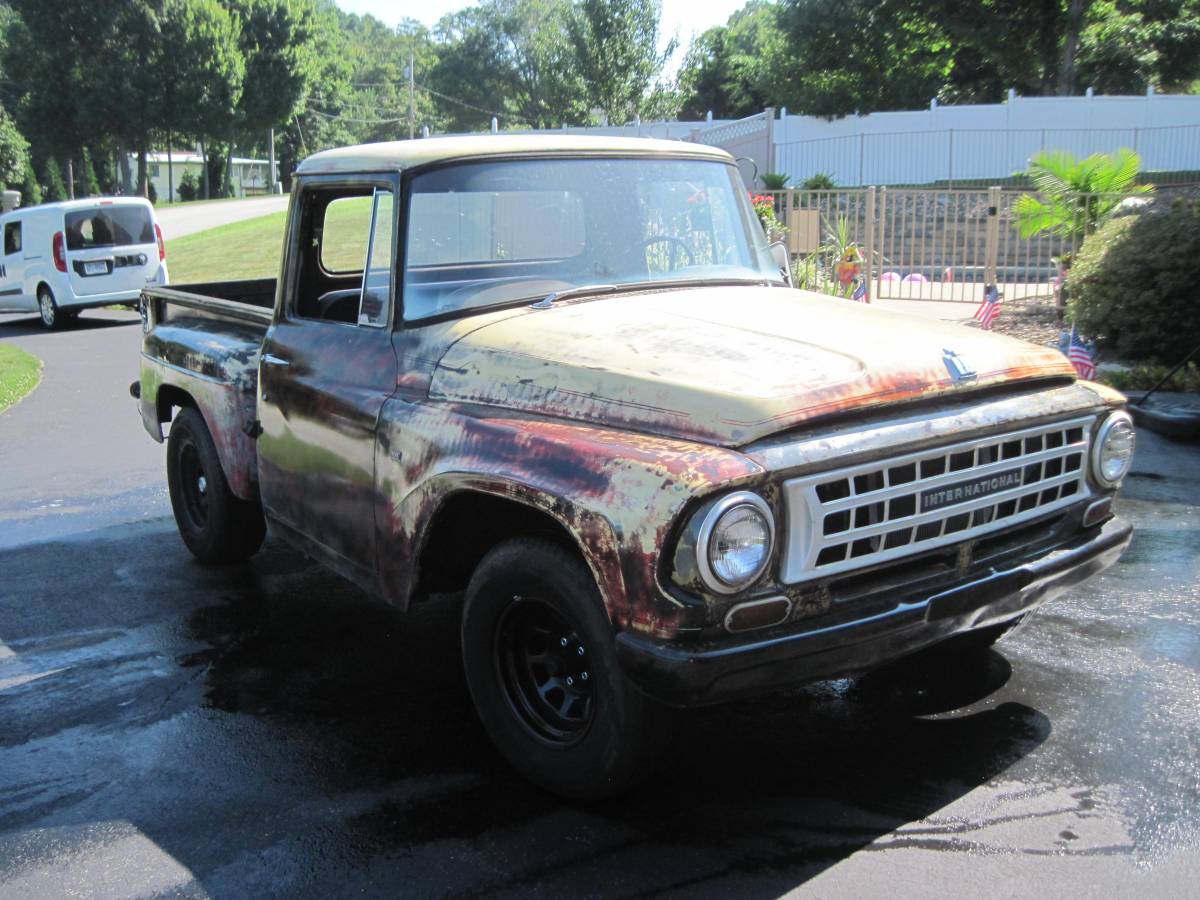 International Harvester (“IH”) launched their new C-series line of  truck in 1961 trucks that featured a completely new chassis with all new independent front torsion bar suspension. The new chassis and suspension allowed for the cab to be mounted four inches lower.  While doing this required a bigger transmission hump entering the cab, doing provided a more car-like ride.  Inspired by the chicken trade wars going on between France, Germany, and the U.S., IH launched the light duty C-900 as an alternative to VW’s Kombi Wagon.  To do this, IH shortened the wheel base one foot to 107 inches and placed either a a standard six-foot stepside bed or optional “Bonus Load” straight sided version behind the cab.  IH installed the 93 horsepower 152 cubic inch inline four cylinder from the Scout and mated that to a Borg-Warner T-13 synchronized three-speed manual, stirred by a big, S-shaped floor shifter that sent the modest power to a 4:09:1 rear end. 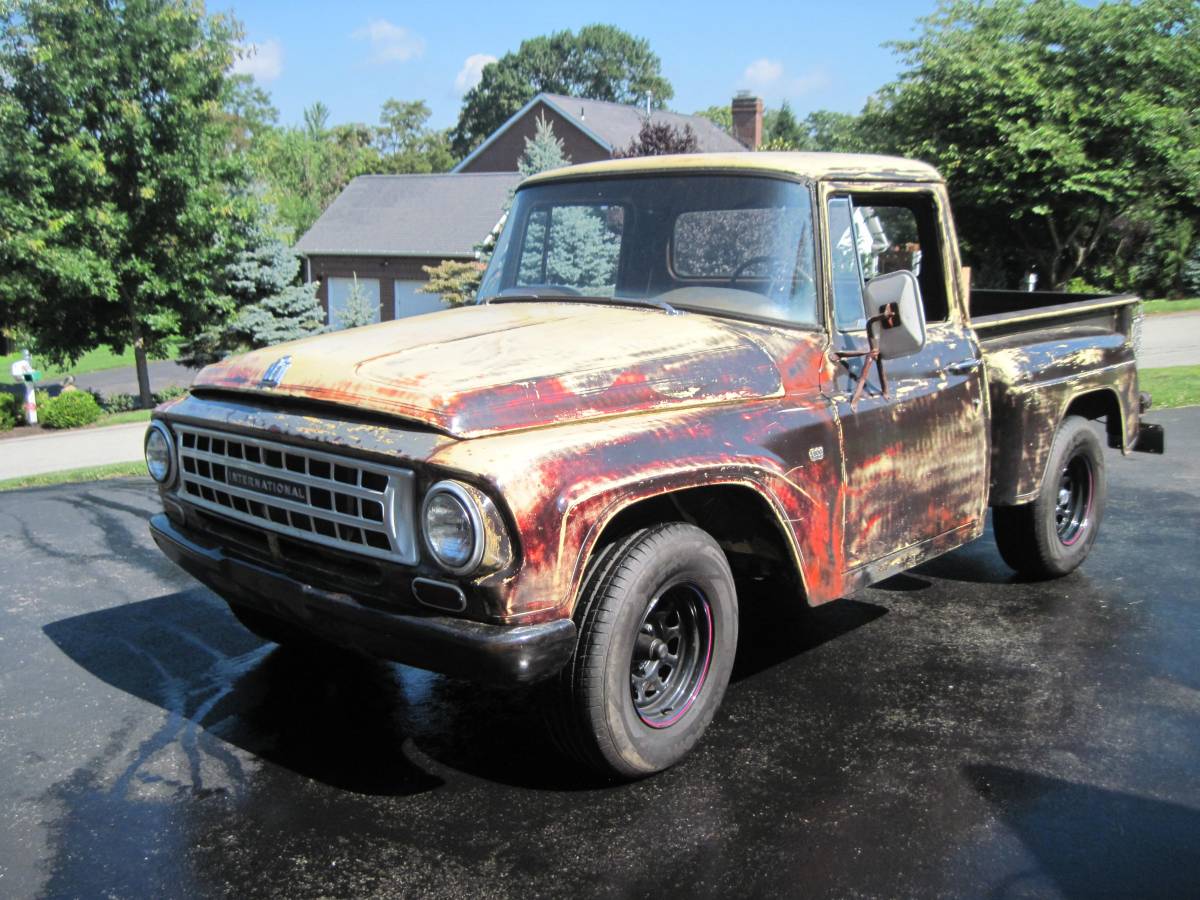 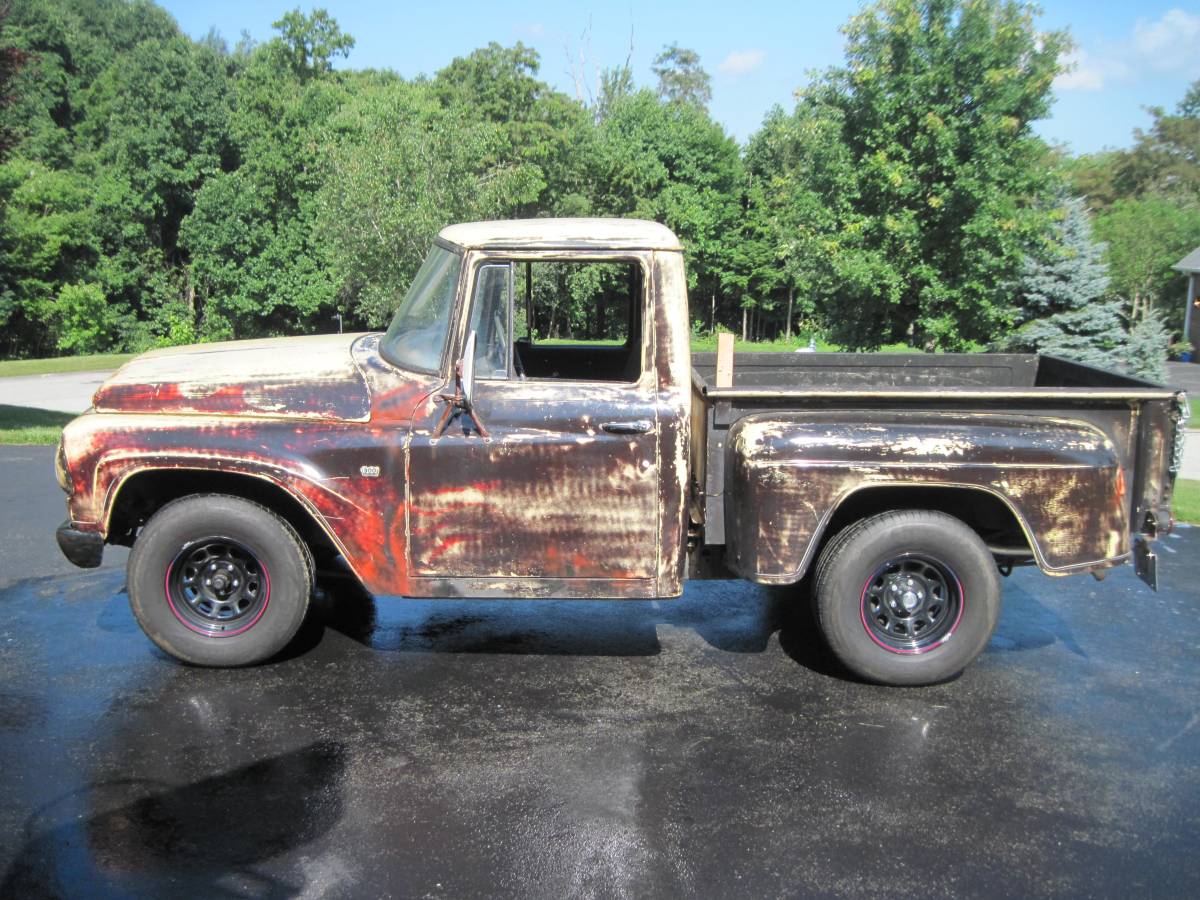 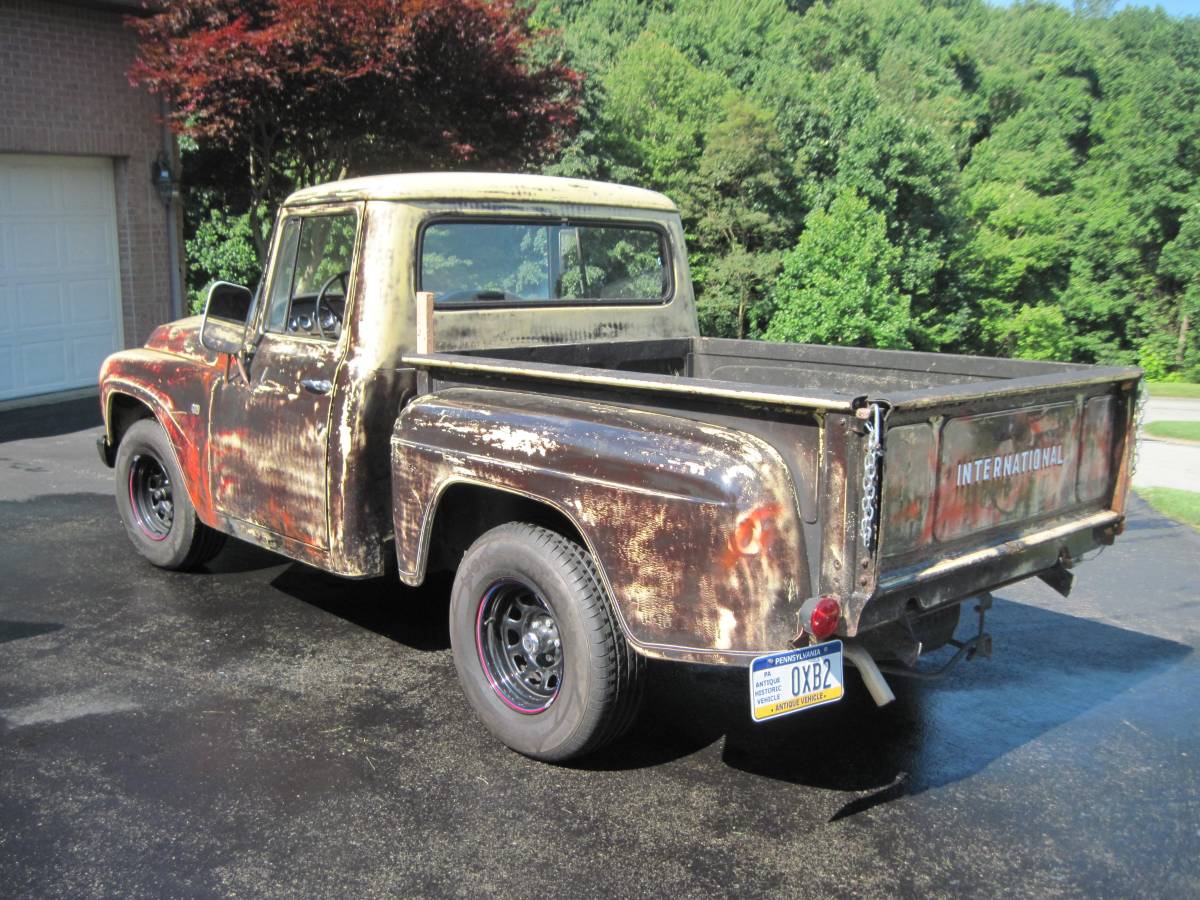 The current owner of this C900 bought it last year “from a gentleman in Georgia where it had lived its whole life since new.” We’re not clear on whether that means the seller is the second owner as he further describes a previous owner who applied the patina job that is covered with clear coat.  While the seller reports the frame, cab, and floorboards are solid, he does mention the bed has small rust holes as well spots on the driver’s door hinge.

The private seller states the original motor fires up hot or cold, quickly reaches a steady idle, and runs great with good oil pressure and no smoke.  While he hasn’t needed to do any brake work, the sale includes a new combination brake and clutch master cylinder. Unfortunately, with a broken speedometer cable currently, true mileage is unknown.  The owner also reports all gauges except the fuel level monitor work properly.  The seller also mentions the original seat is “a little nasty” but currently has a seat cover on it. 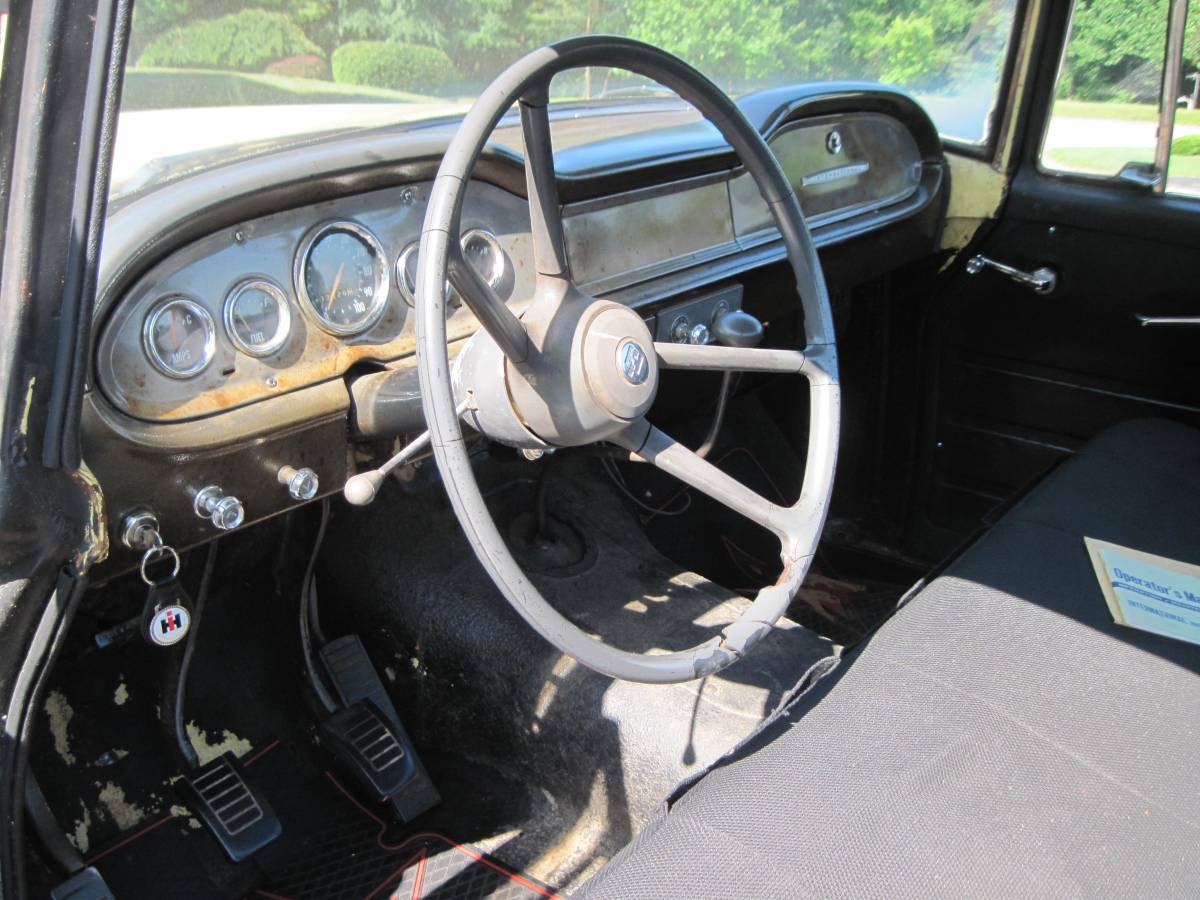 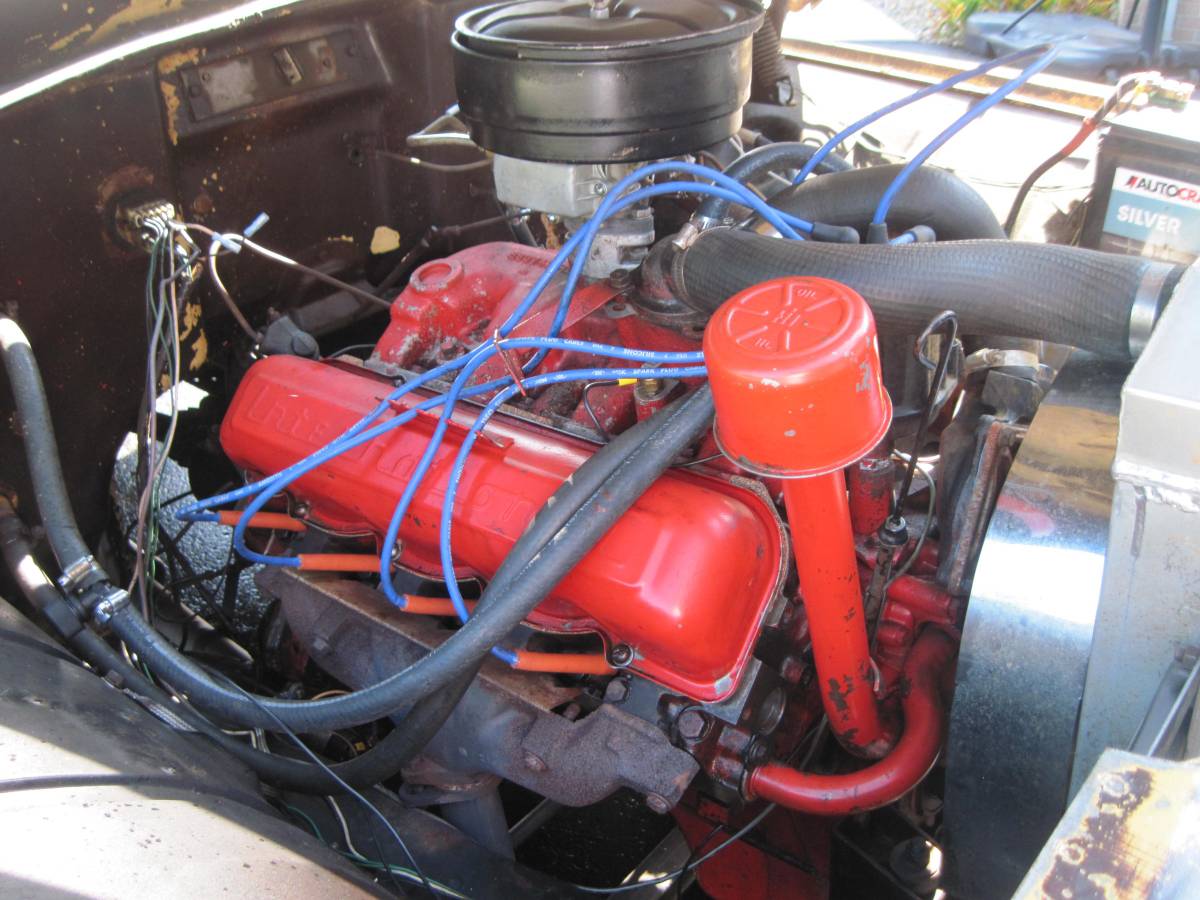 Overall, this C900 appears to be a solid project truck that just needs to be sorted thoroughly.  While the seller mentions he has an IH 304 cubic inch V8 (the four cylinder in this truck is basically half of the V8 version), we would leave the original powertrain as is.  Additionally we would replace the horrible current wheels with period correct steel units and the correct poverty caps.  If you dare to be different and don’t need to go fast doing it, this truck is a great alternative to the masses of old Chevy and Ford trucks that are starting to inundate local car shows.  Good luck with the purchase! 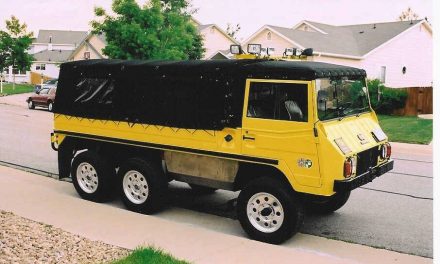 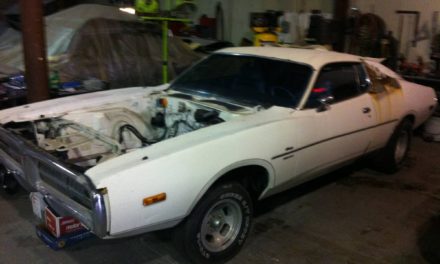 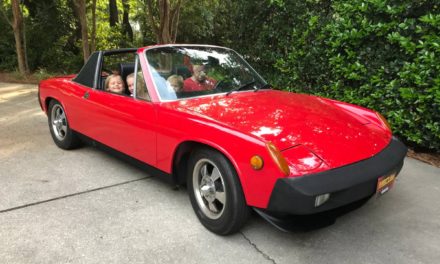