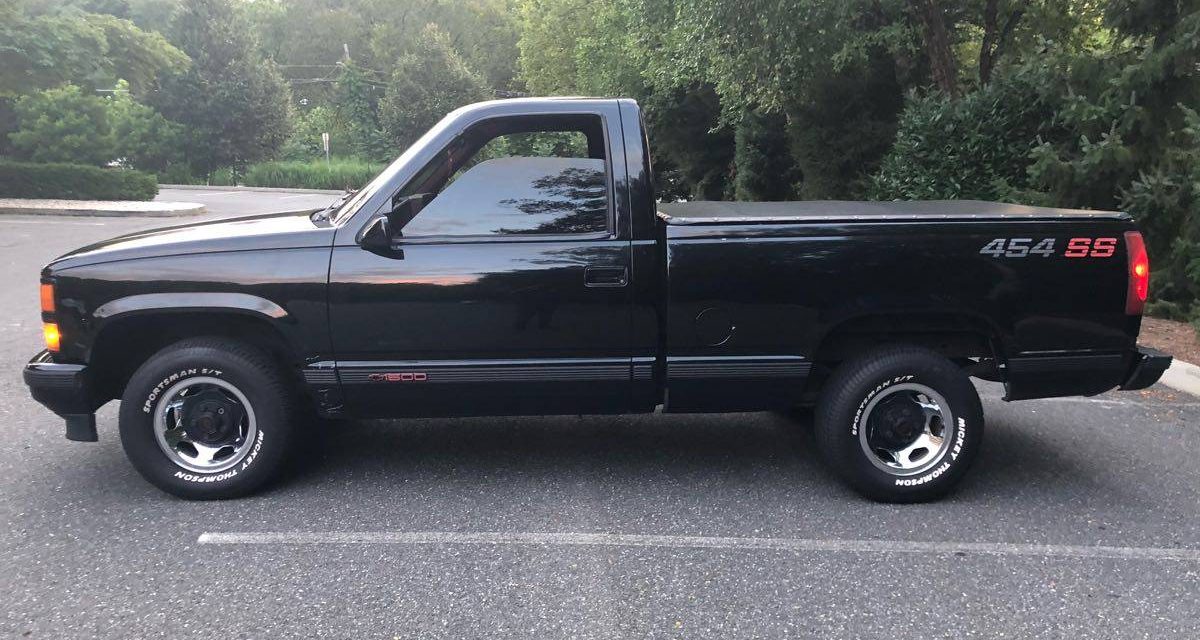 Just posted yesterday is this 1990 Chevrolet C1500 Silverado 454SS here on Craigslist in New Rochelle, New York where the private seller has it listed for $13,500.  He states he’s a bit negotiable on price and he’s open to trades for the right non-long bed clean diesel truck.  Using the Hagerty Insurance Online Valuation Tool as a guide, the seller currently has his 454SS priced $700 less than the #3 “Good” level of $14,200. 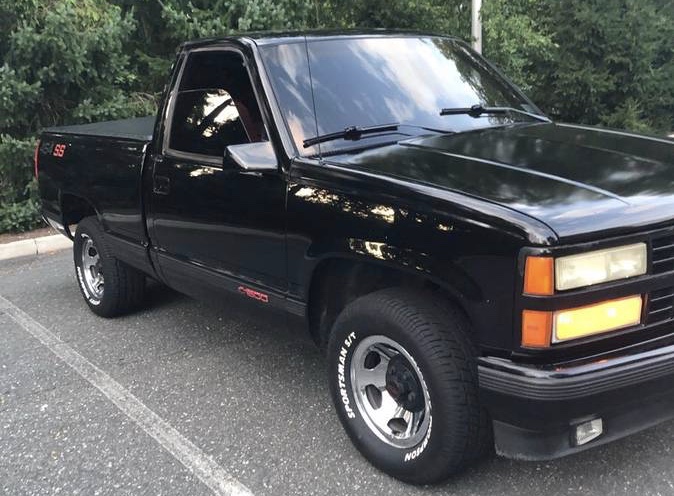 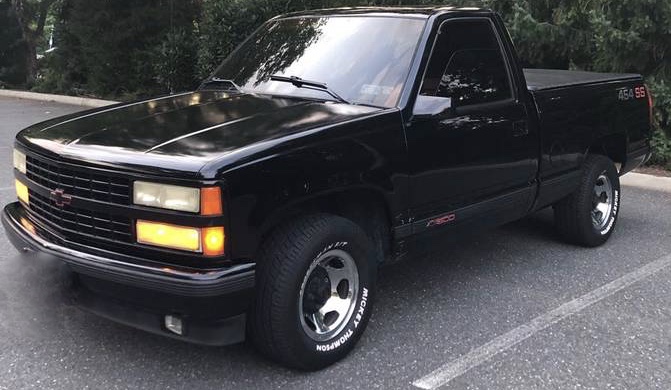 GM produced the fourth generation of the Chevy/GMC C/K Truck (known within GM as the GMT400) from model years 1988-1999.  In 1990, Chevrolet introduced a high-performance variant of the GMT400 called the 454SS. It was available only as a 2WD half-ton regular cab short box in Onyx Black only with a garnet red interior. Powering the 454SS was a 454 cu in (7.4 L) V8 that produced 230 hp and 385 lb⋅ft of torque. A 3-speed Turbo Hydra-Matic 400 and 3.73 rear axle ratio put all that power to the ground. The axle itself is unique, being a 14-bolt semi-floating unit which uses standard Chevrolet 5 on 5-inch wheels—the only factory-produced 14-bolt axle with such a wheel bolt pattern. The suspension was also upgraded with 32 mm (1.3 in) Bilstein gas-filled shock absorbers, a 32 mm (1.3 in) front stabilizer bar, and 12.7:1 fast-ratio steering gear assembly. 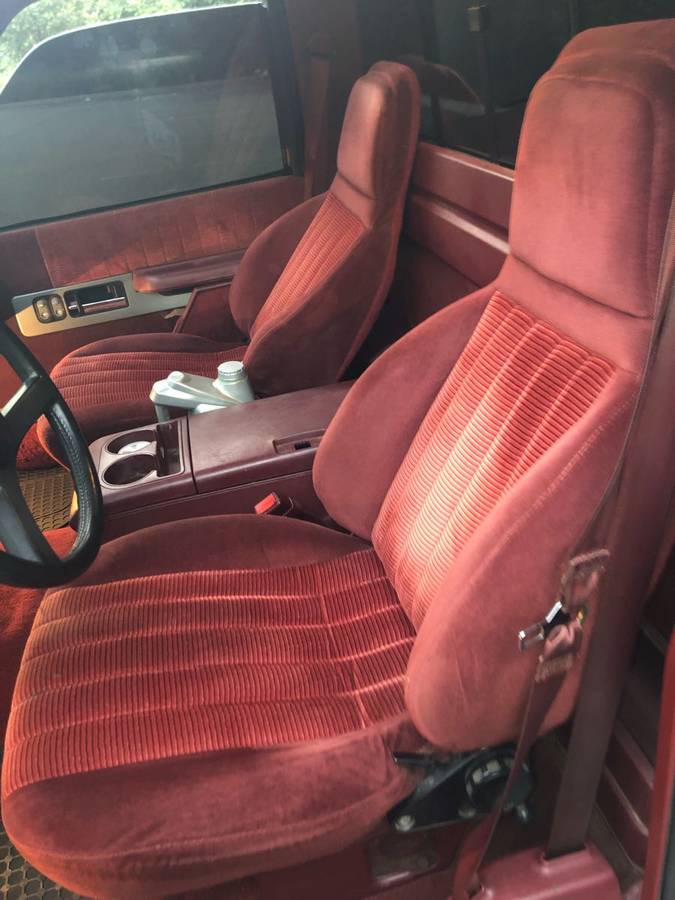 The private seller of this 454SS reports that his truck has traveled 120K miles and is a driver quality, rust free example that has been garage kept since new.  He reports that his truck “runs and drives flawlessly with no leaks or odd noises.”  Unfortunately, the seller does not provide any pictures of the engine however he states that it features a fresh rebuild that’s been bored 0.030 which by our math ups the big block’s displacement to 460 cubic inches.  The seller reports he has all of the receipts for the rebuild and with the small competition cam installed, he states his truck has lots of torque.  The only other thing the seller notes is that the air conditioning system needs a recharge. During your in-person inspection, check to see the compressor turns on and off. 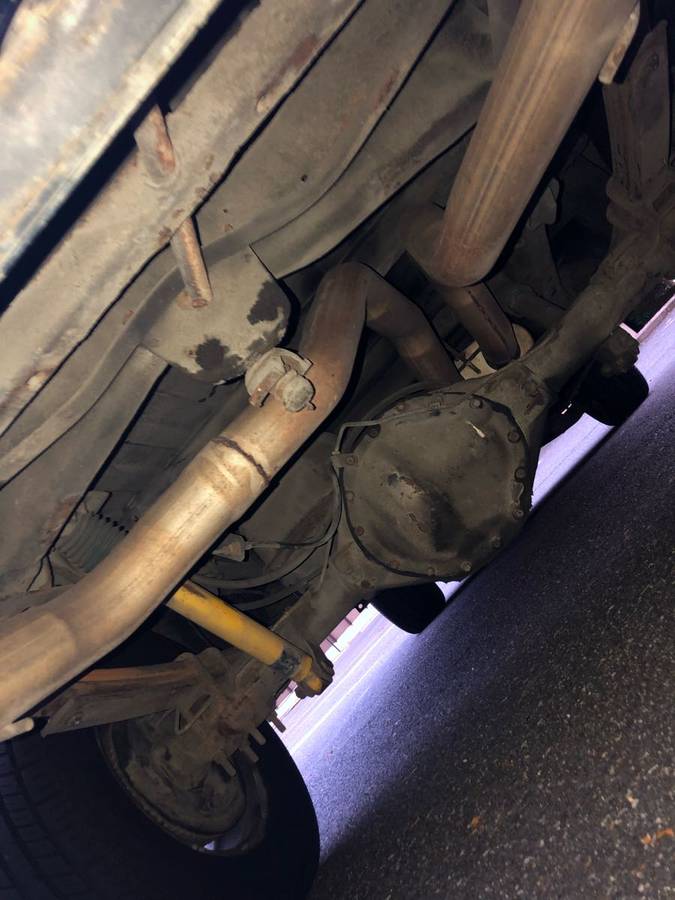 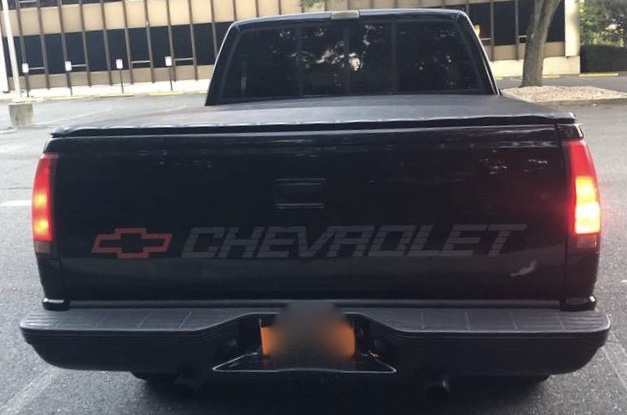 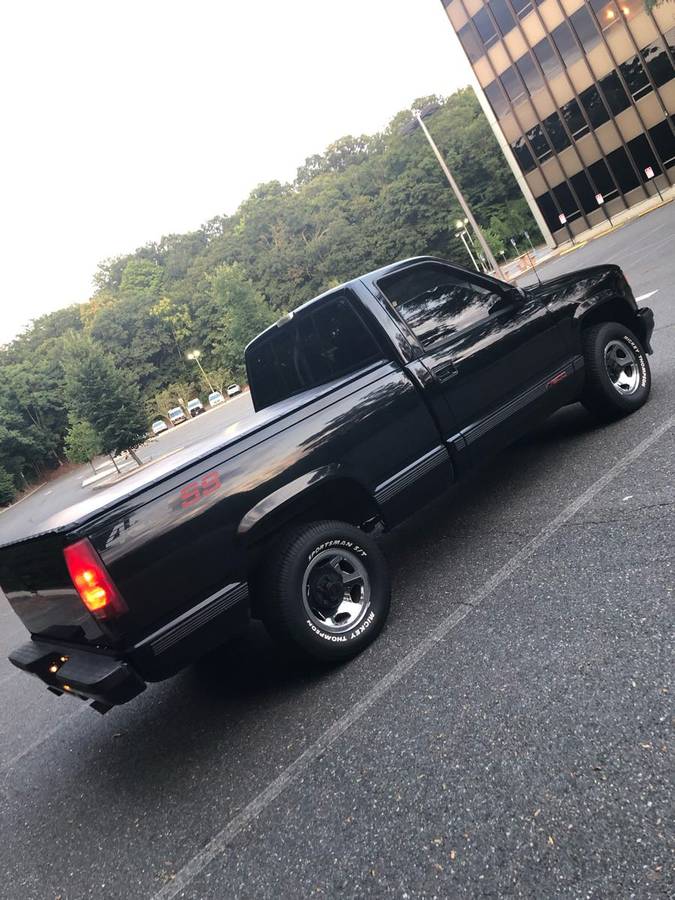 Its no secret we’re huge fans of these rare trucks as they looked and sounded bad ass even in stock form. The new owner will sure have a lot of fun trying to transfer all of that torque to the pavement.  Good luck with the purchase! 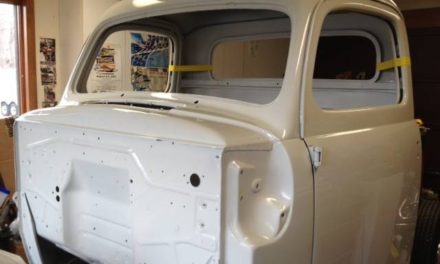 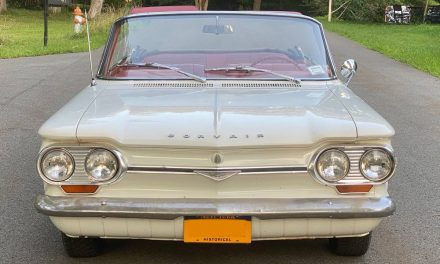