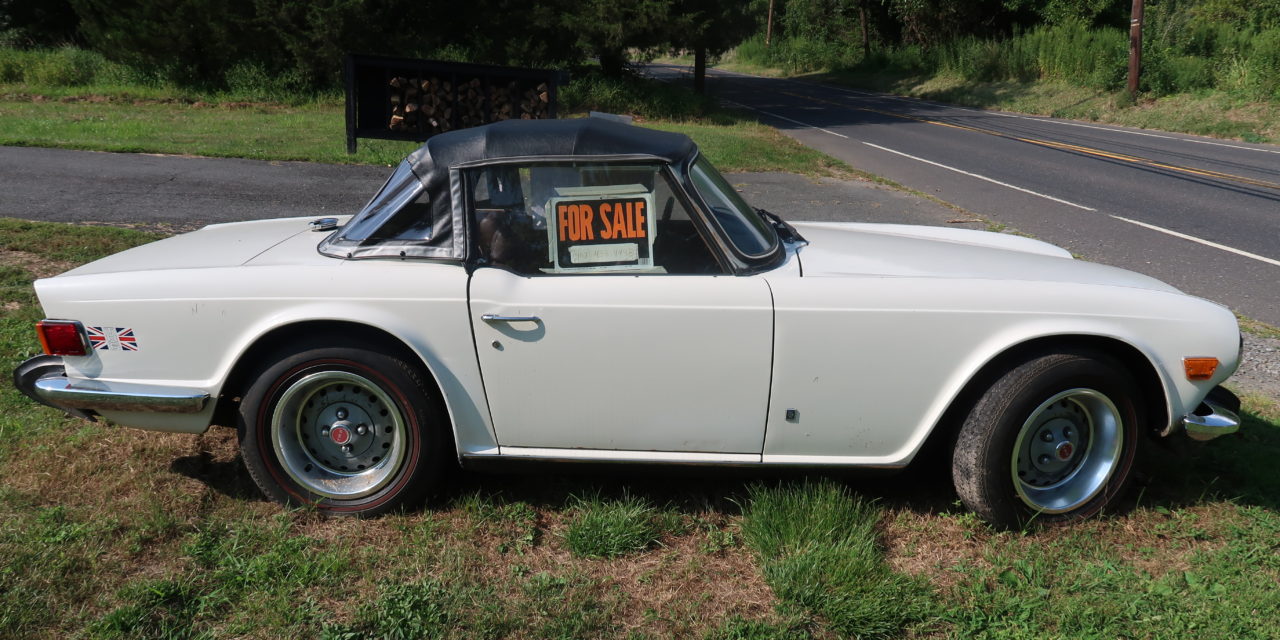 Very often, you can find low mileage sports cars for sale on the side of the road just by driving around. That’s exactly what happened this afternoon while I was traveling on Harbourton Road in Titusville, New Jersey when I spotted this Leyland White over Chesnut Brown vinyl 1974 Triumph TR6 for sale.  The sign on the window claims this example has only 32K original miles and is for sale by the original owner for an asking price of $13,900.  Upon stopping, my first impression is that this TR6 is a nice straight example with paint in need of a day’s detail. 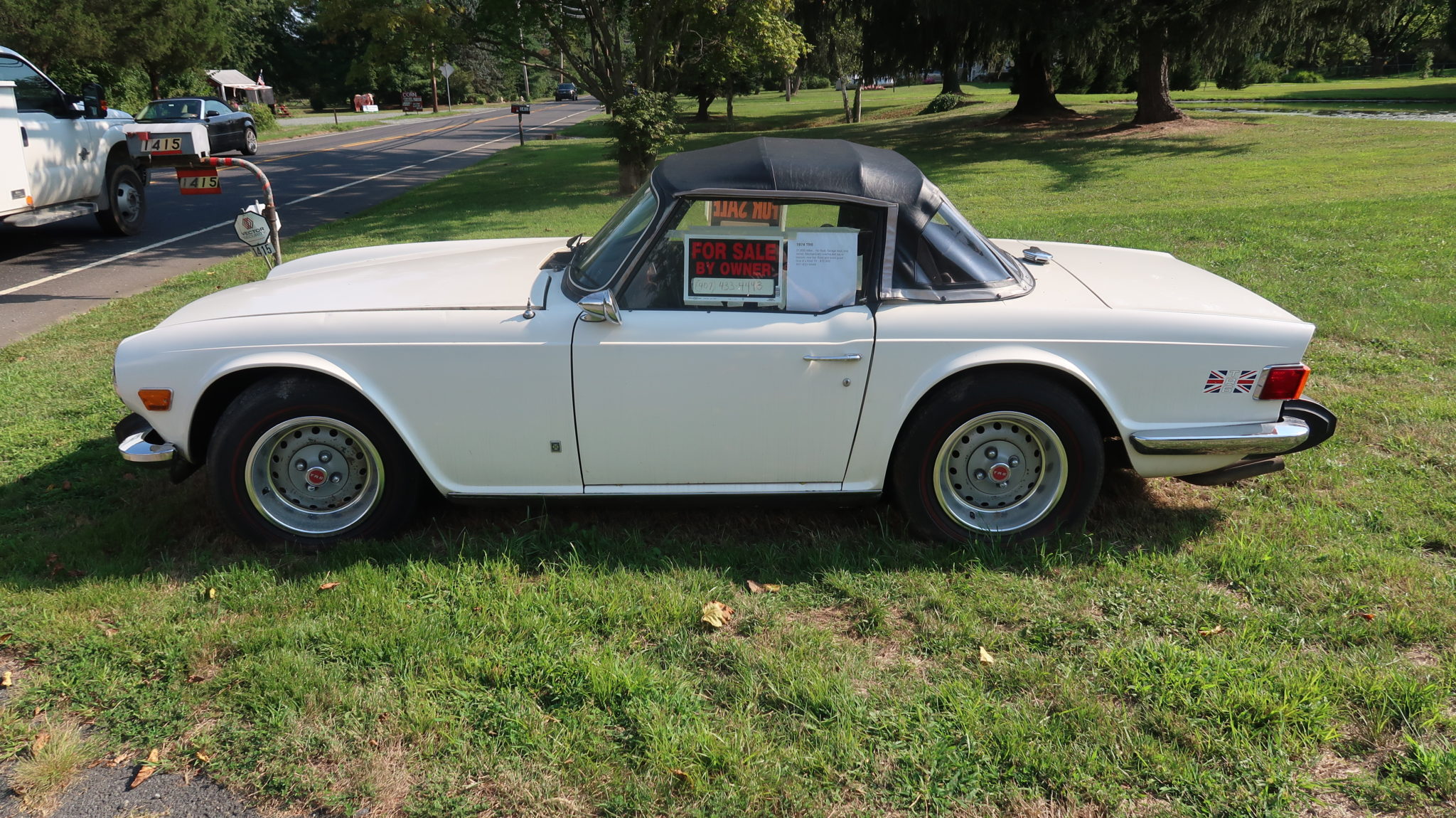 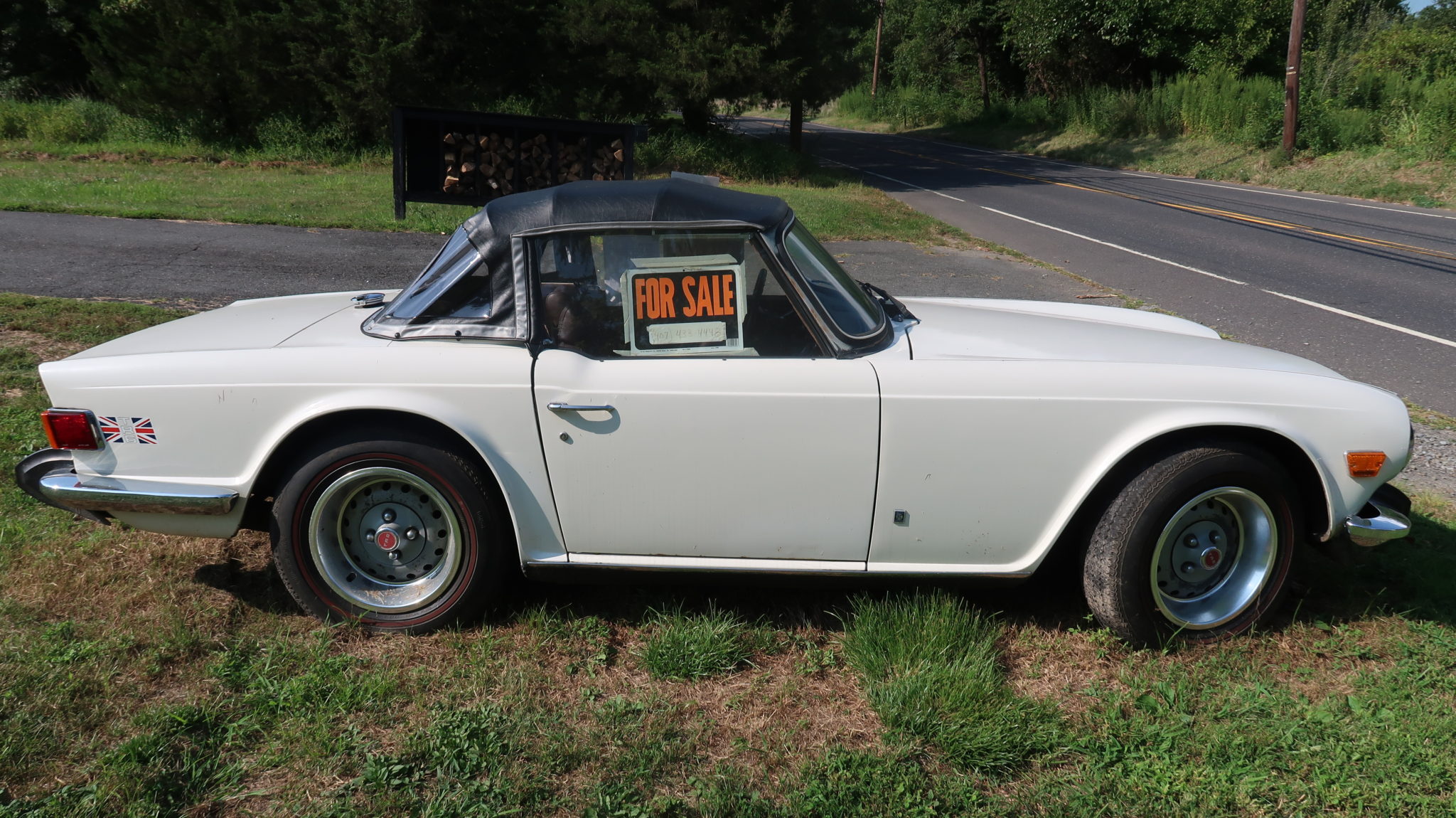 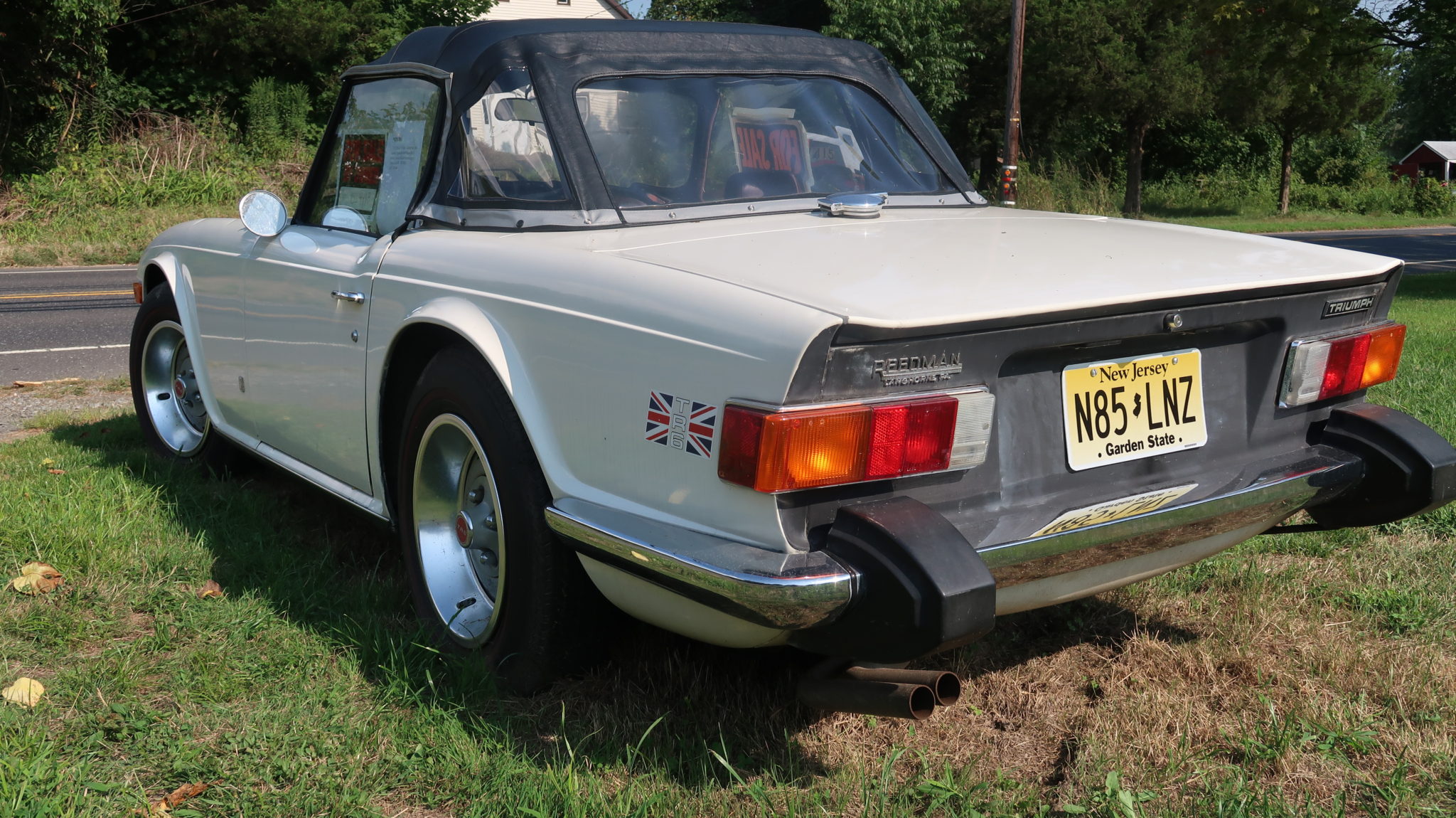 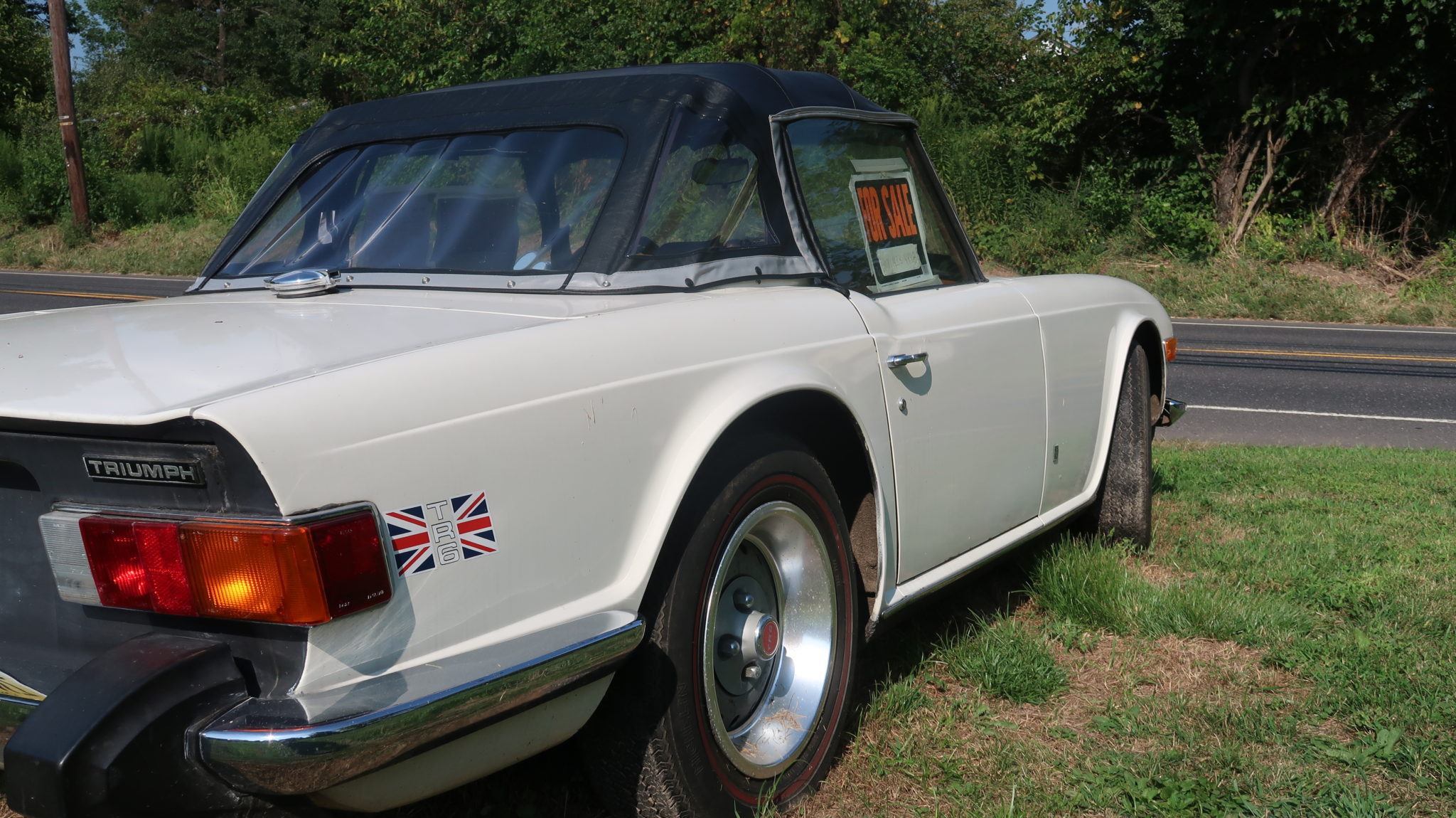 Unfortunately, the original owner has delusions of grandeur dating back to when he first bought his TR6 in 1974, for  based on the Hagerty Insurance Online Valuation Tool for this model year TR6, the original owner is asking $1,100 more than the #3 “Good” Level of $12,800.  Based on our examination of this solid but patina’d TR6, it should be priced as a #4 “Fair” (daily driver) which is currently $6,900.  With the original owner asking nearly double what he should realistically expect, he earns our latest “NEW!” (short for “No Effin Way!”) Award.

The car was open so I was able to take very detailed shots, so let me walk you through why the seller should expect offers closer to $7,000. On a positive note, those of you from the northeast who are old enough to remember what Ziebart is, these yellow plastic plugs in the rocker panels signal this TR6 originally spent a day at the rust prevention spa when new and that has gone a long way to preserving the body of this iconic sports car.  While the Ziebart process mostly relied on drilled holes to access deep areas of the body, note the brown goo smeared along where the quarter panel meets in the body’s inner structure where the door seal has pulled away in the lower right picture; that’s another Ziebart technique used on seam welds.  This sure brings back memories if you grew up where road salt was a car’s worst enemy! 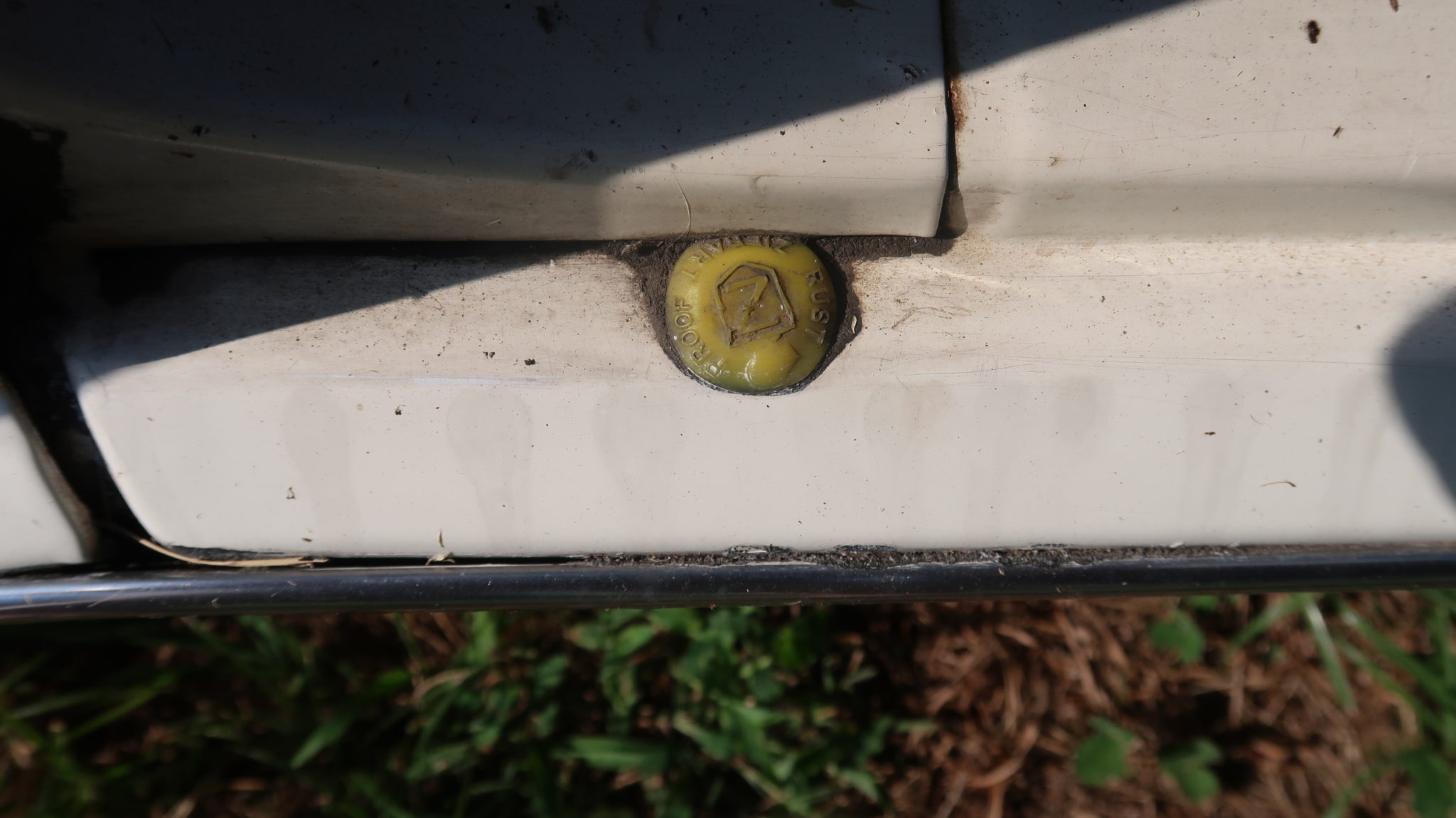 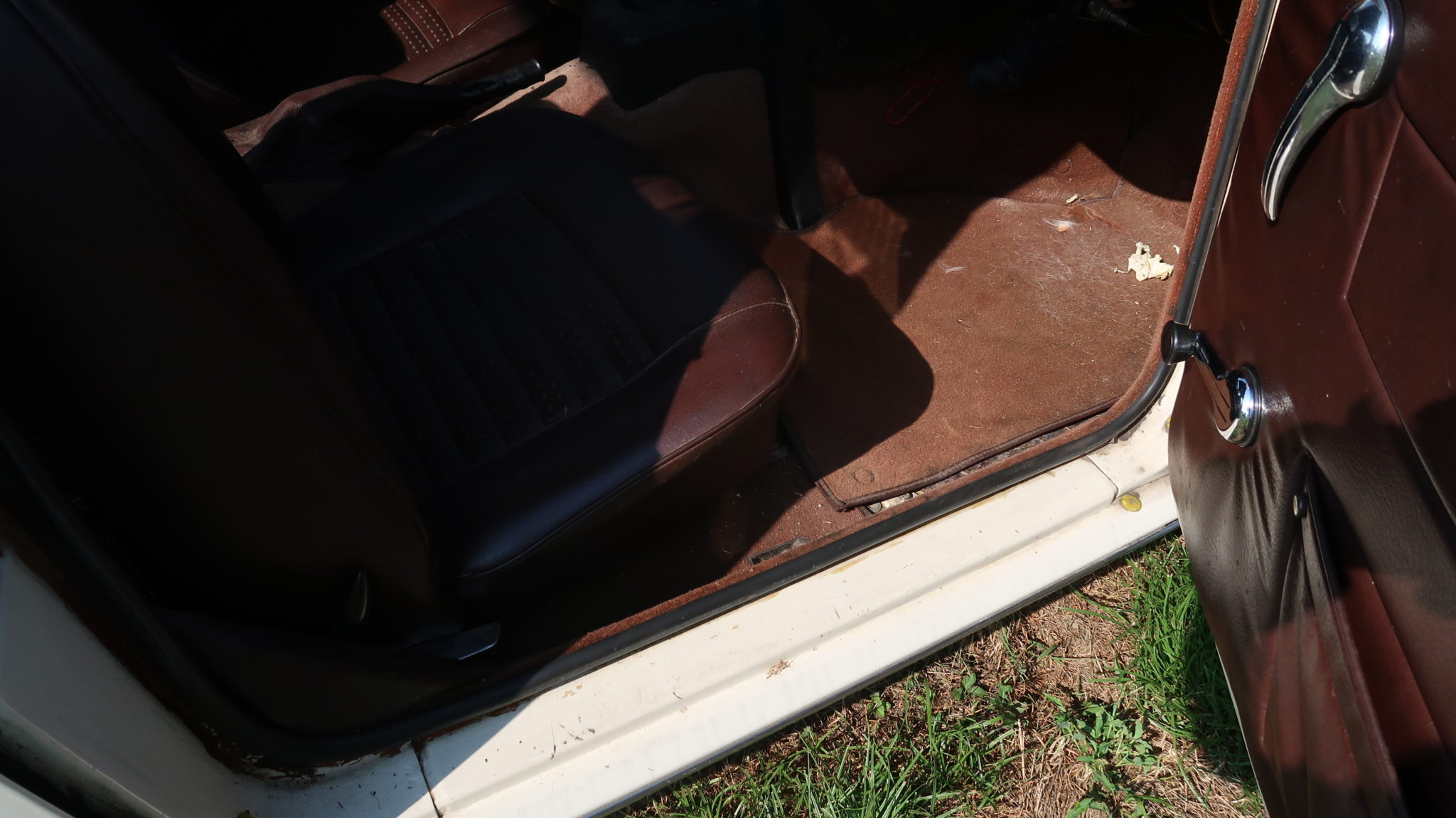 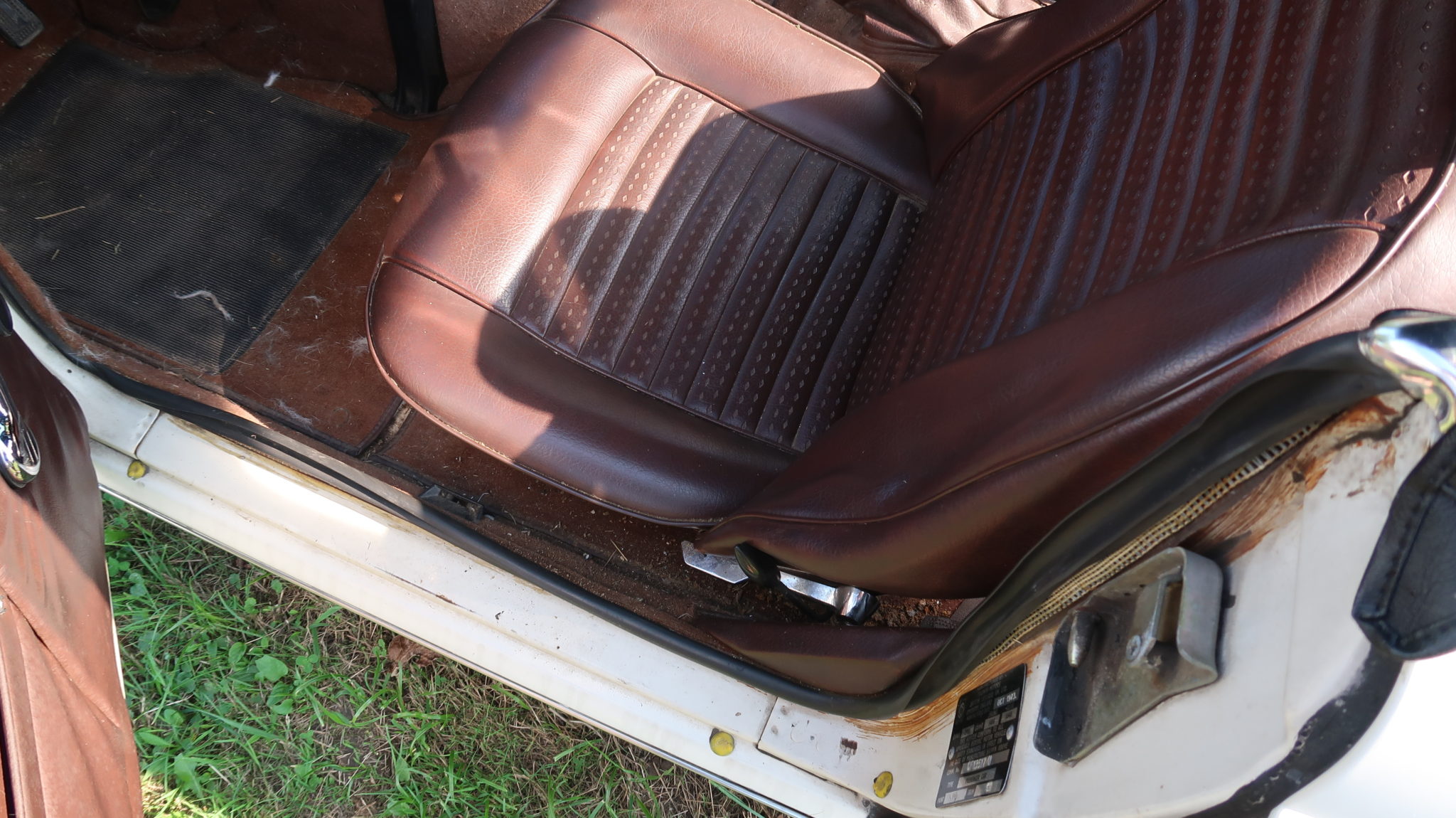 While the original owner claims no rust in his window sign, there are pockets of easily-addressed surface rust throughout the car, most notably on the lower edge of the passenger door.  We stress that this is easily fixed with touch up paint for an experienced detailer if addressed very soon.

The body of this TR6 is very straight however we note the two dents in the front fender.  Its very possible a good paintless dent repair professional could remove these. 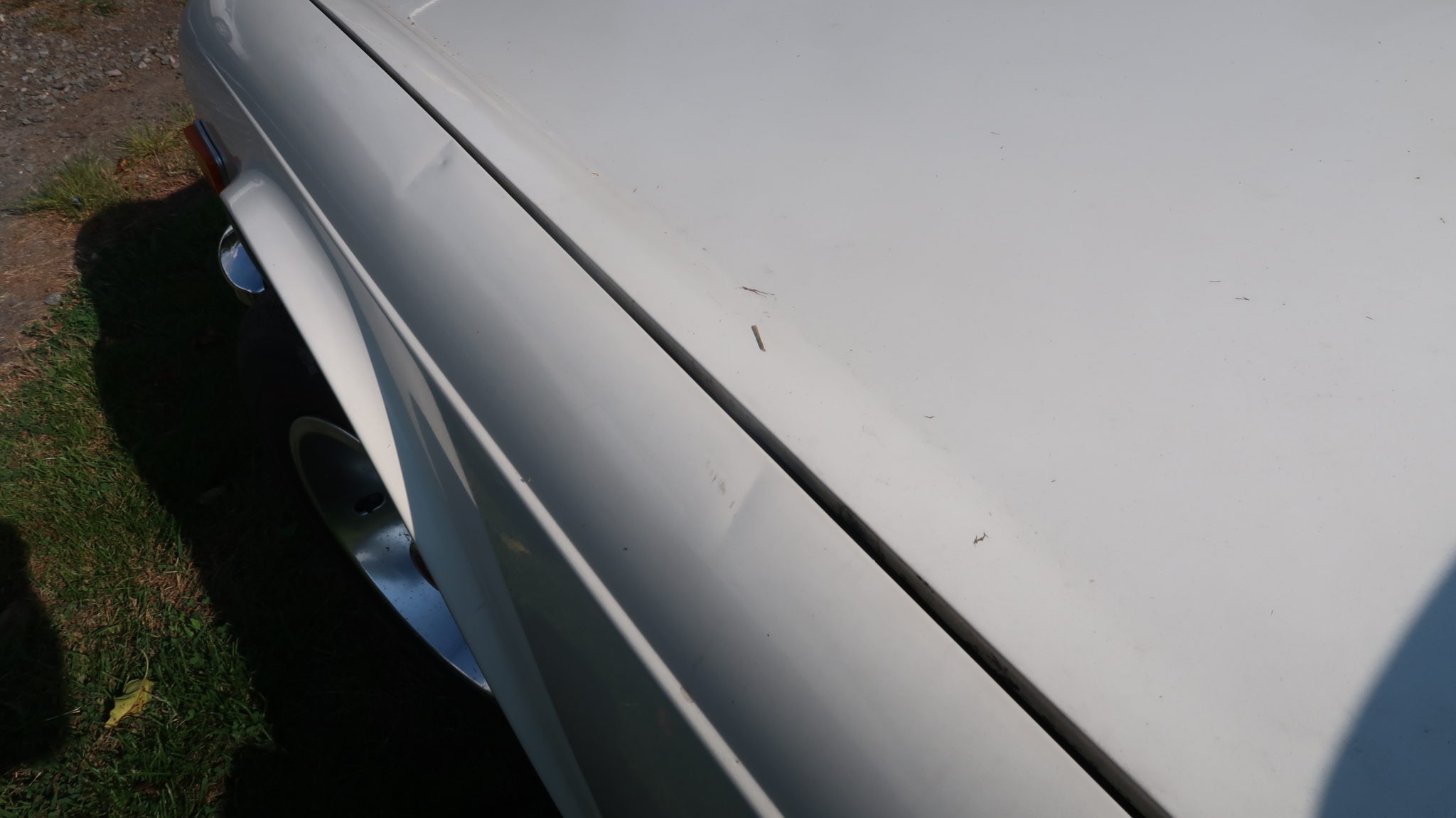 While the original owner boasts about a new top, it appears he selected the cheapest one he could find online as it just looks poor fitting on this car.  Don’t agree with me?  Take a look at the new cloth top just installed on this 1974 Triumph TR6 we featured earlier this August versus the one shown below. 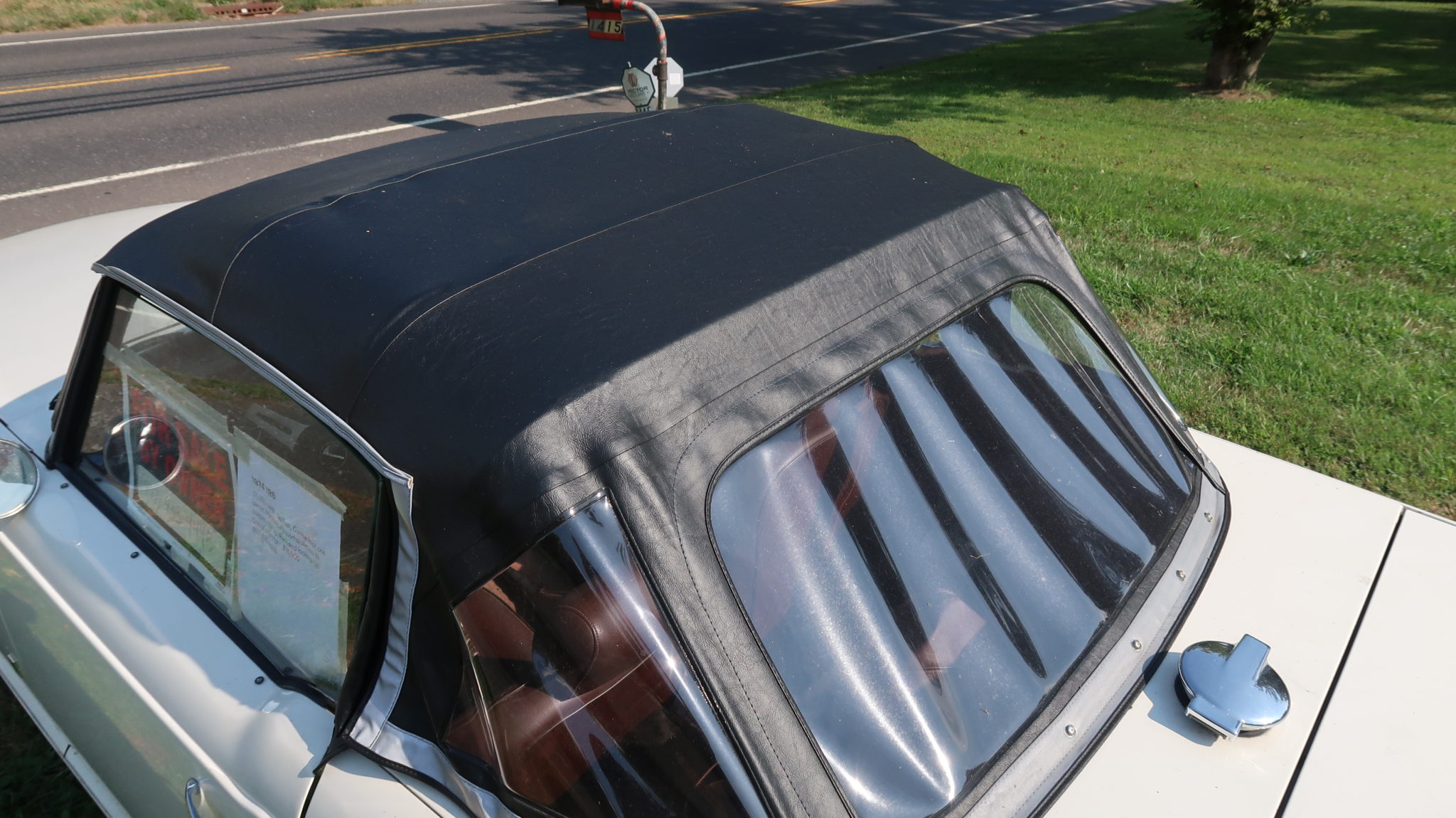 The owner reports on the window that his TR6 has been “overhauled from top to bottom.” We noticed spare parts in the boot and based on the look of the engine the owner replaced what was necessary to getting back to running condition.  Note the heavy black undercoating on the inner wheel wells and fenders:  that’s another trademark Ziebart touch that will likely need to be removed if you ever want to Concours this TR6. 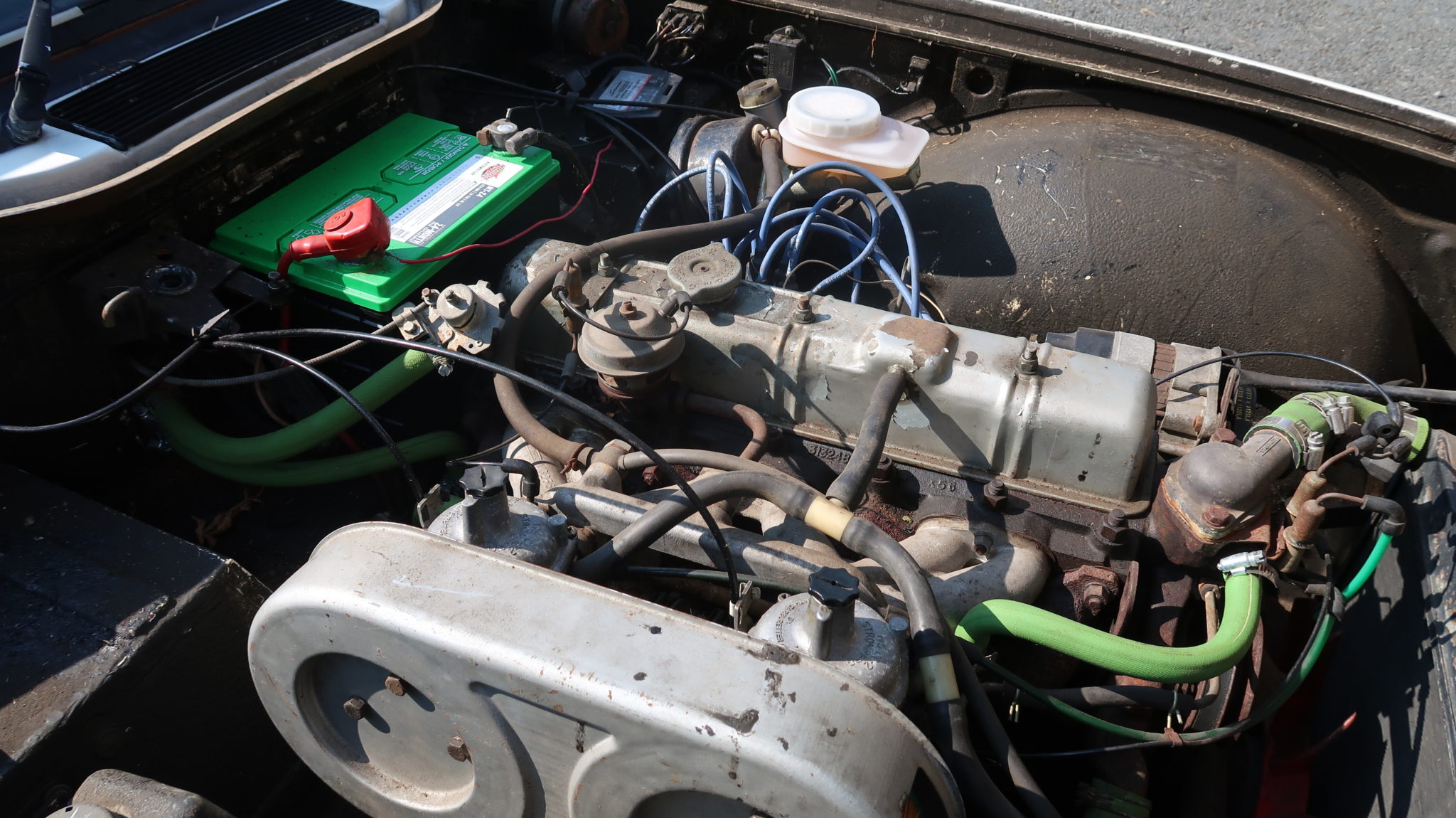 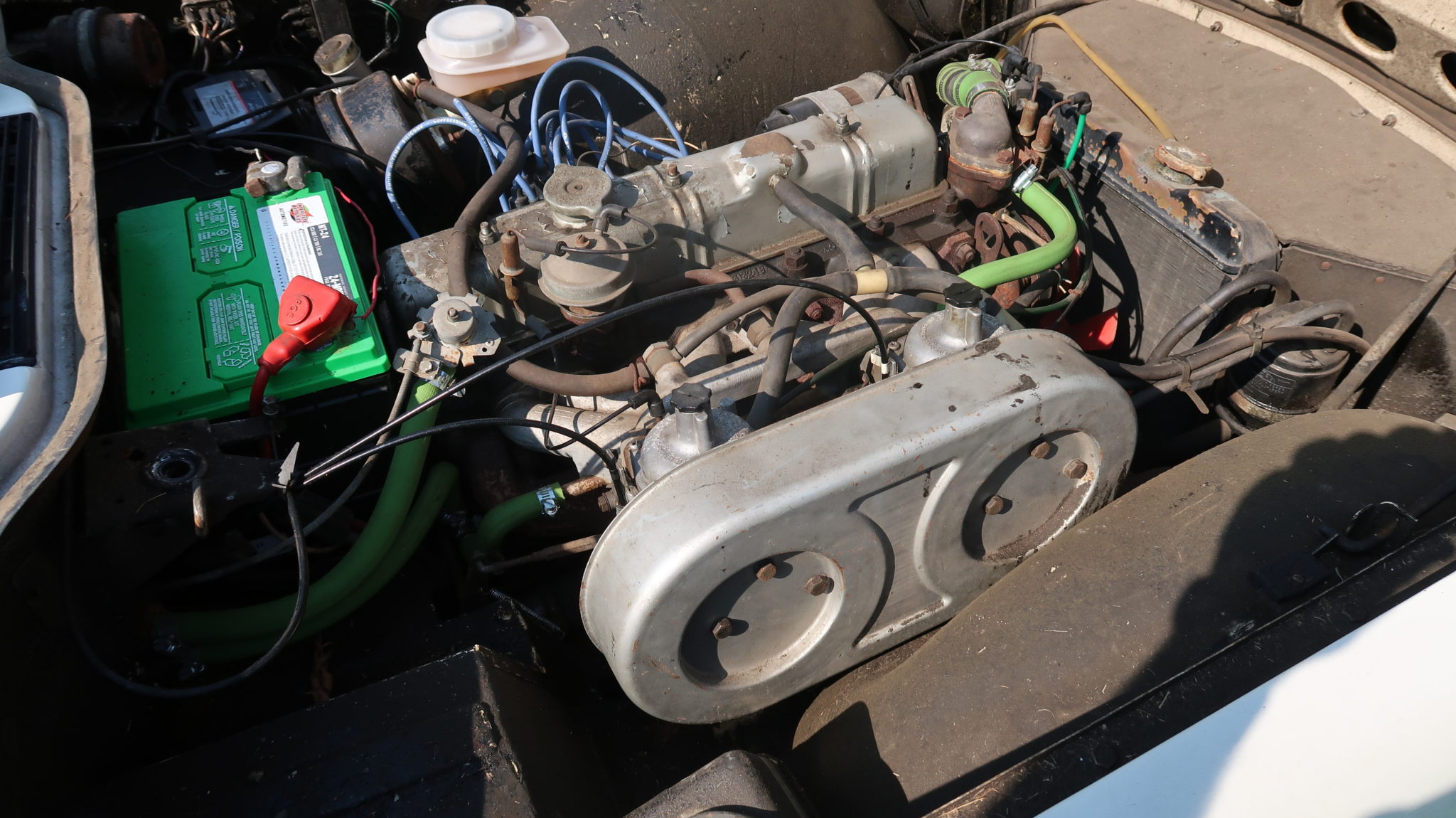 We love the Chesnut seats with matching carpet in this example. The seats do not have any tears and we’re pretty confident a full weekend spent detailing the interior of this example will bring it back to like-new condition with no need to replace any components. Note the original matching top boot behind the seats.  On another positive note, this car appears to have spent its life in a dry storage environment as there is no hint of any mold smell we typically find in these cars. 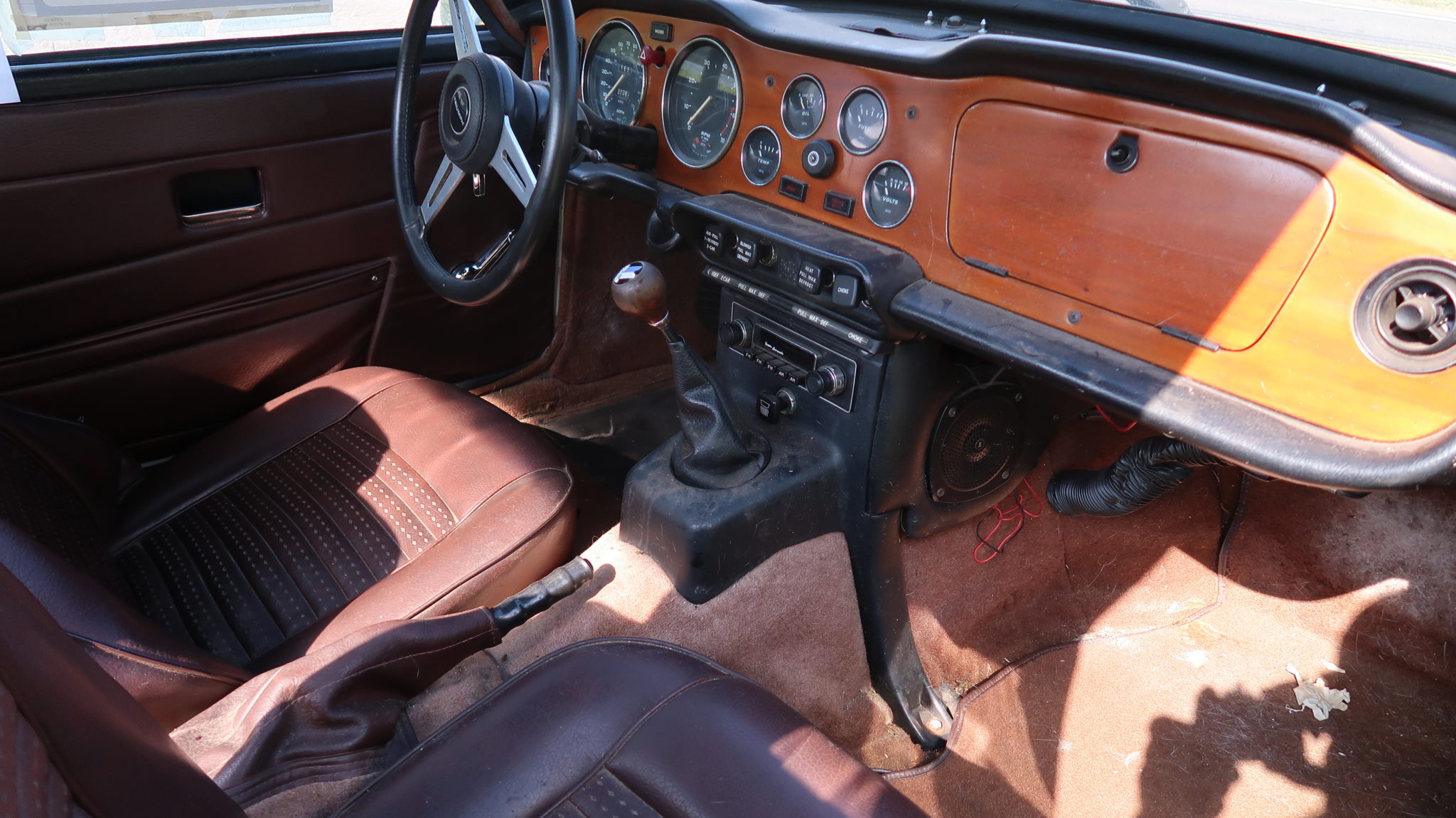 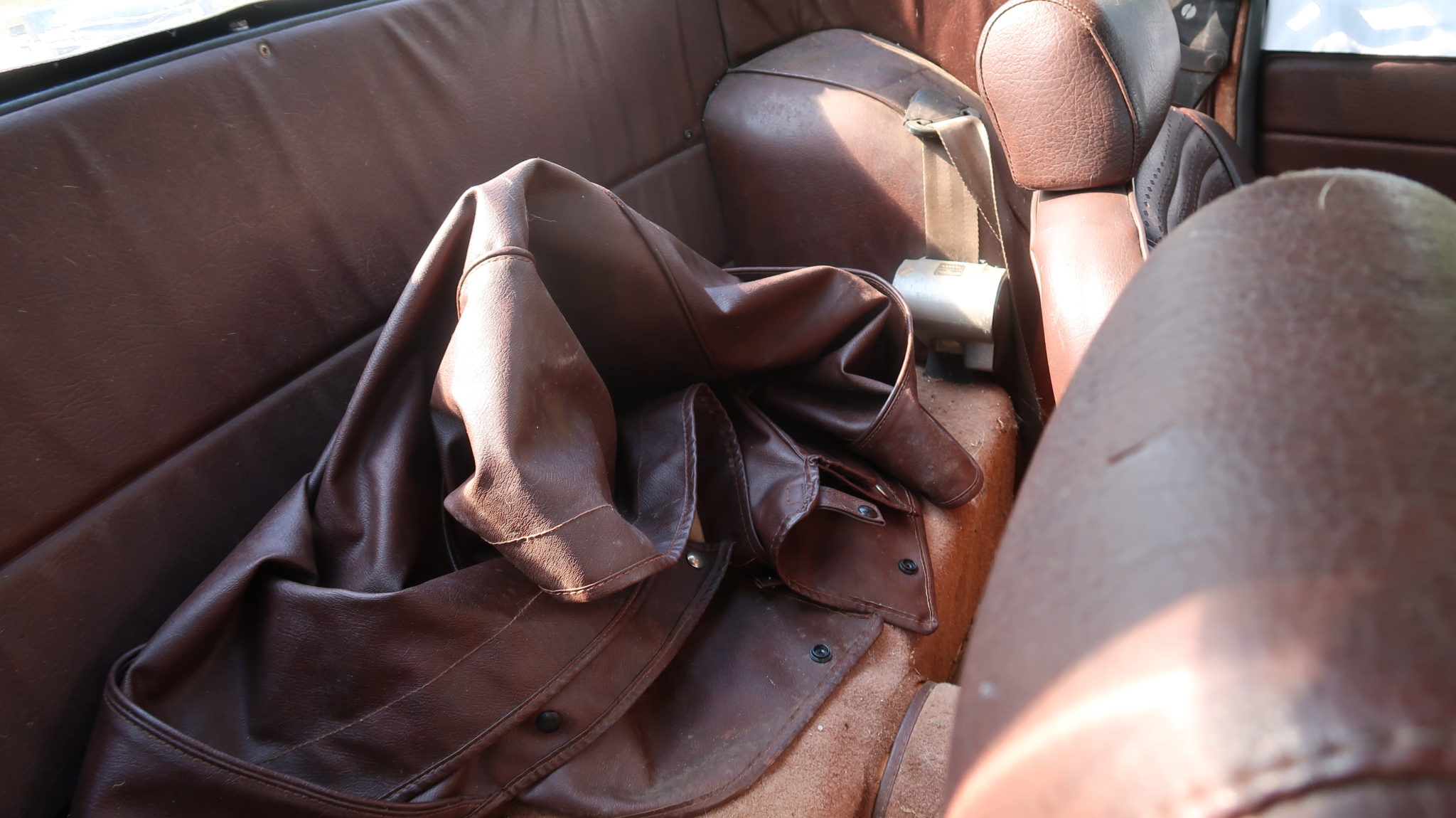 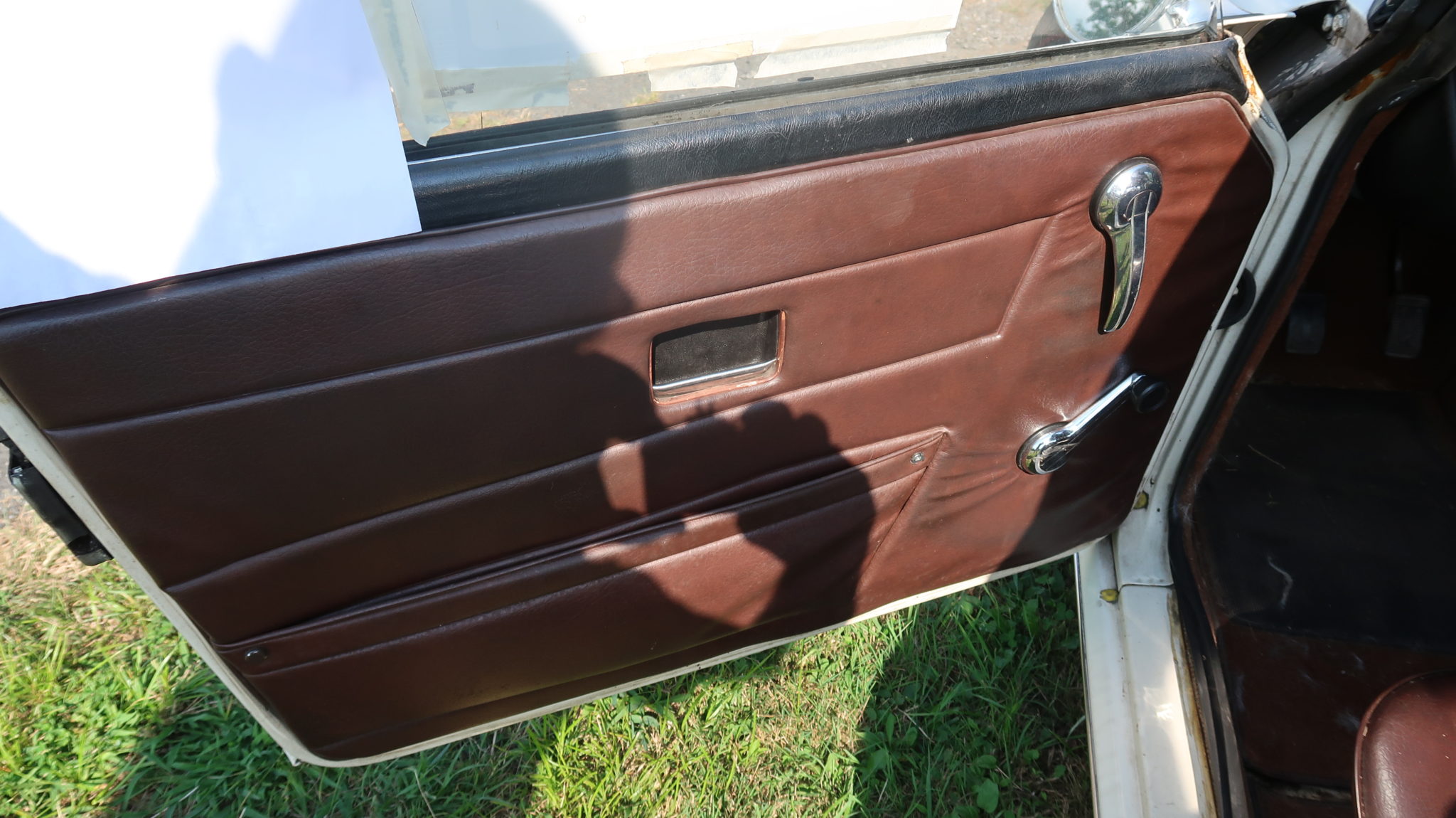 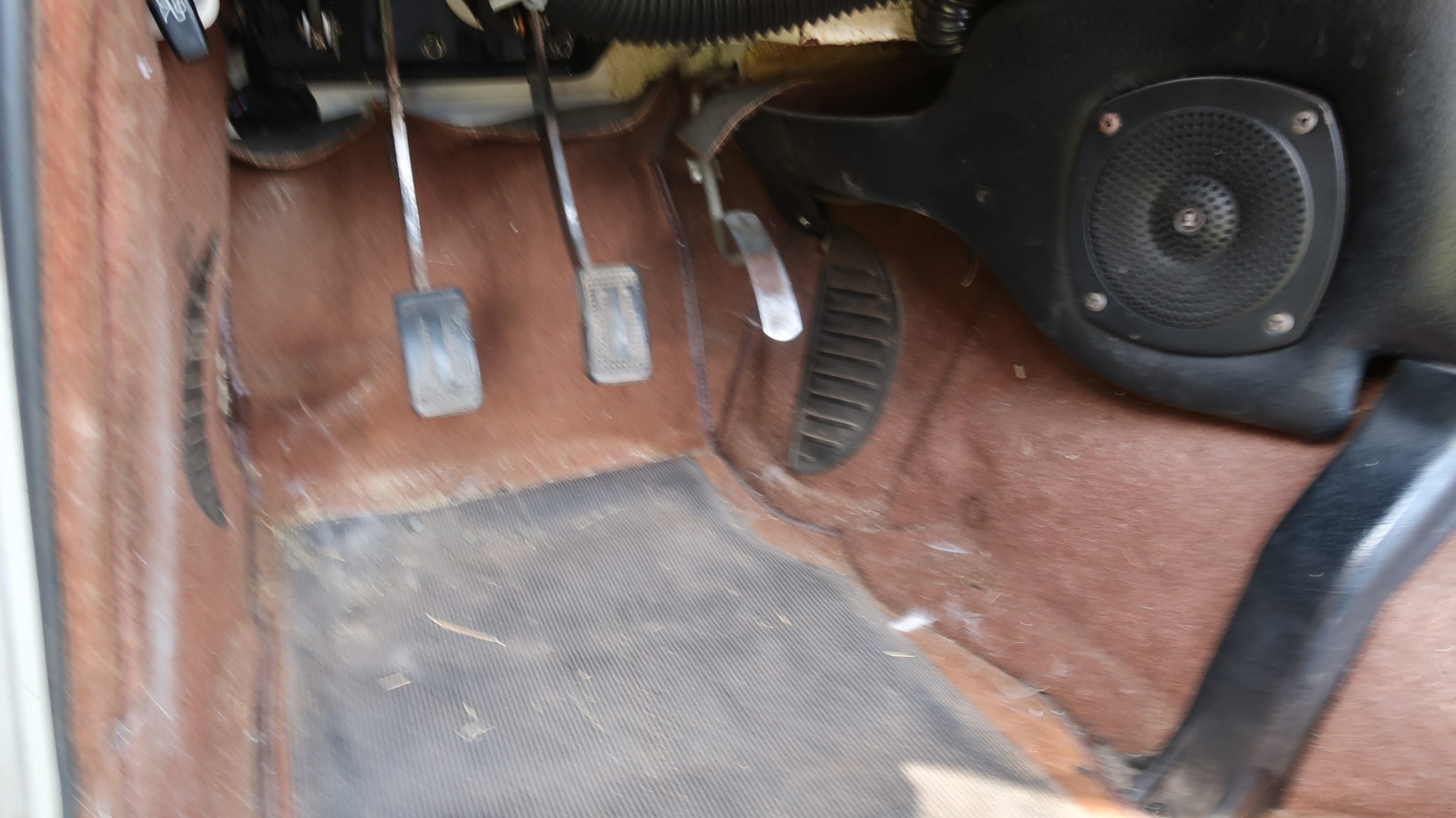 The steel wheels with trim rings appear to be original with the original paint chipped that is commensurate with age.  Although period correct for this car, we forgot to confirm the date code of the red line tires on the car to determine their age. 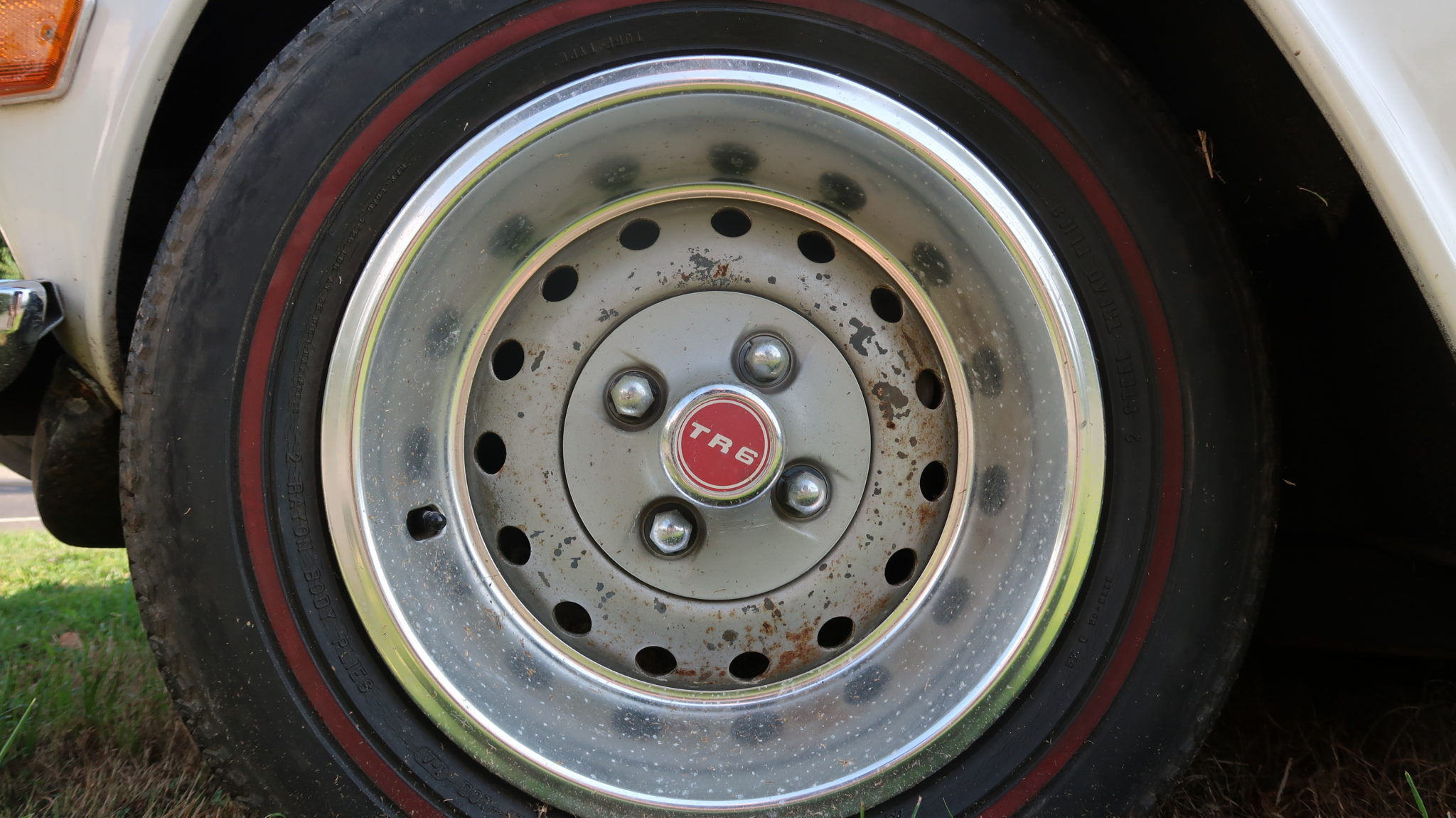 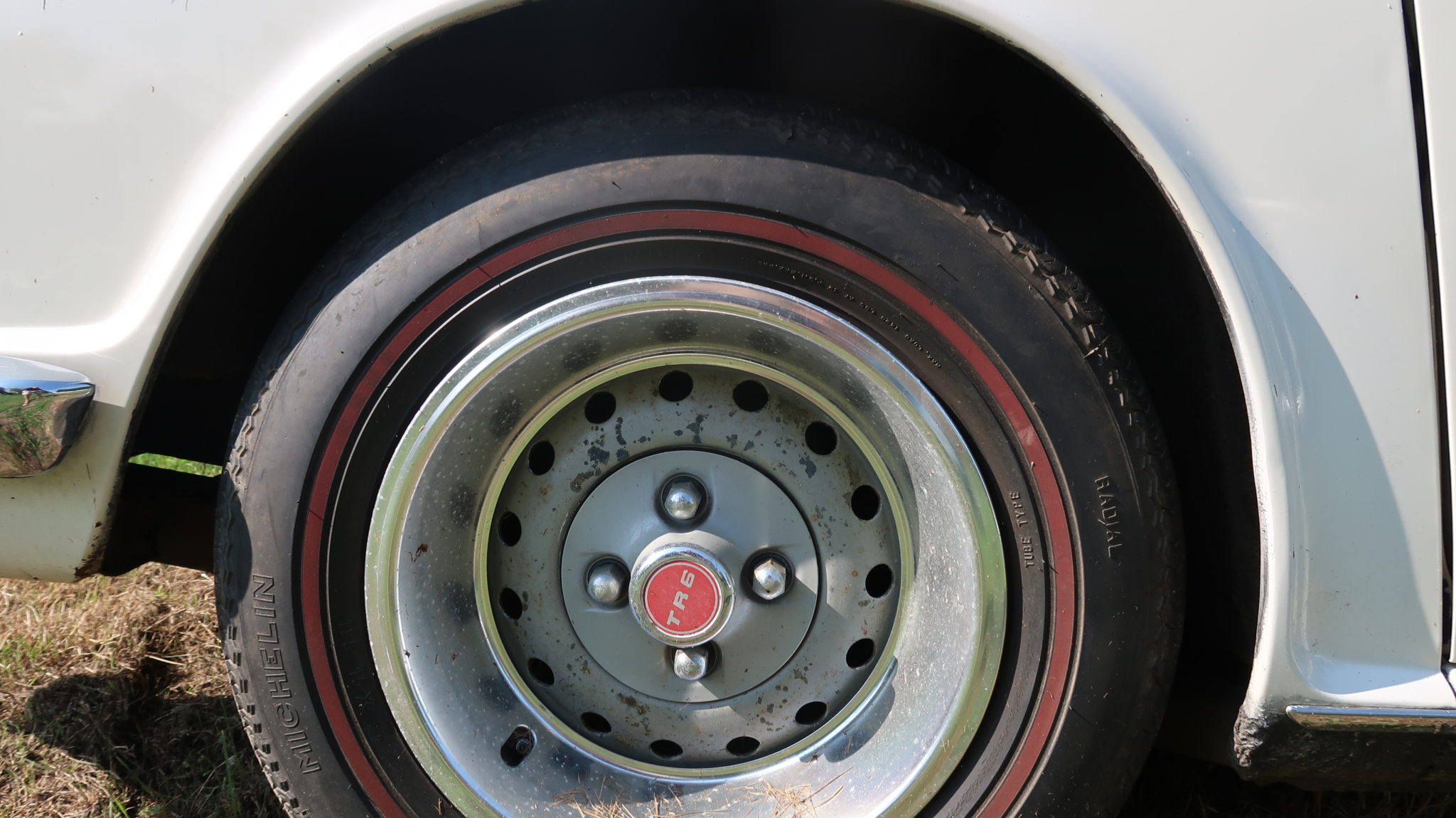 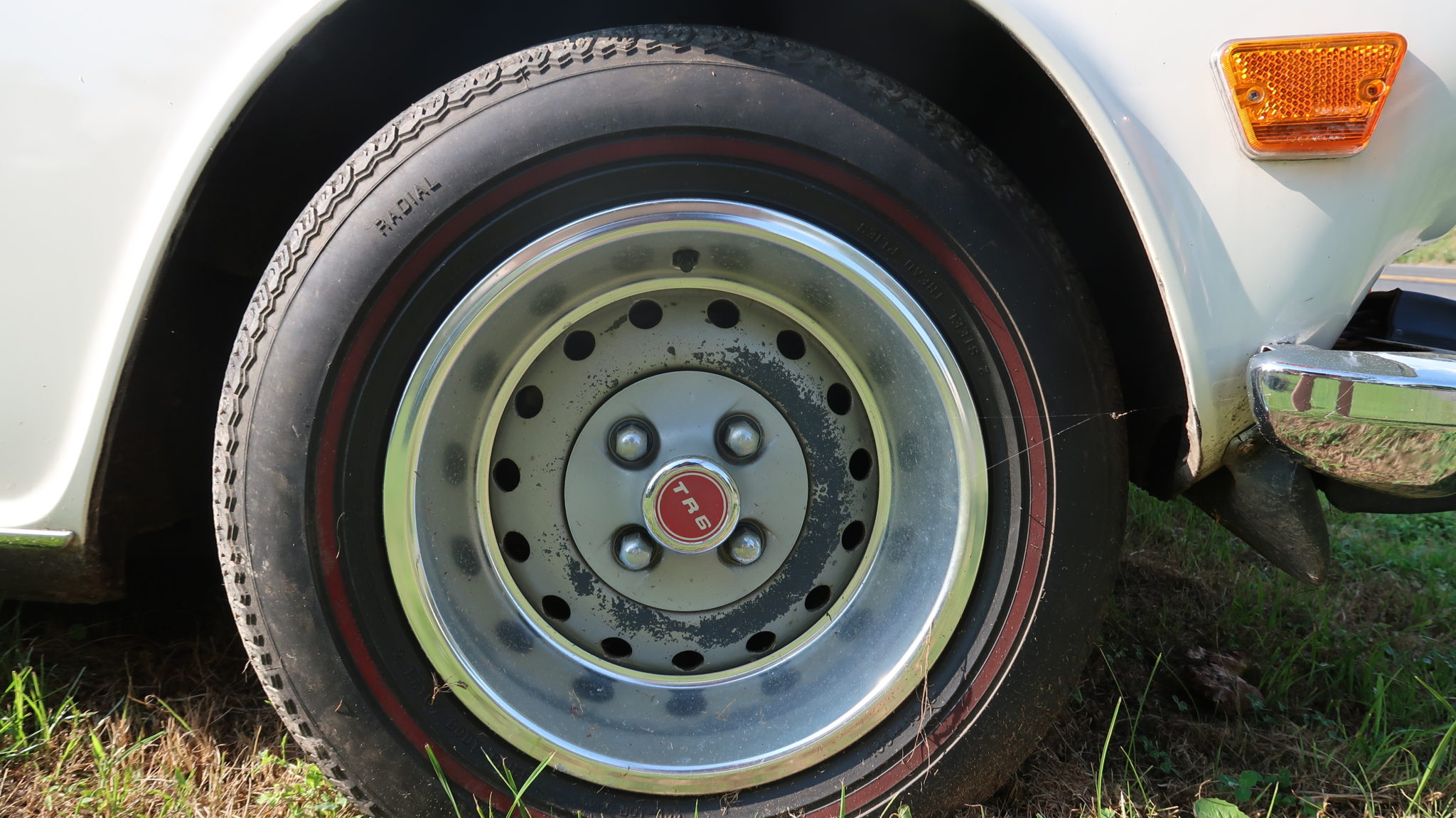 The boot was also unlocked, so in it we found a solid compartment with a box of spare parts and some sort of remote radio with a CB antenna that may date back to the late seventies.  We’re very curious to find out from original owner the story behind that! 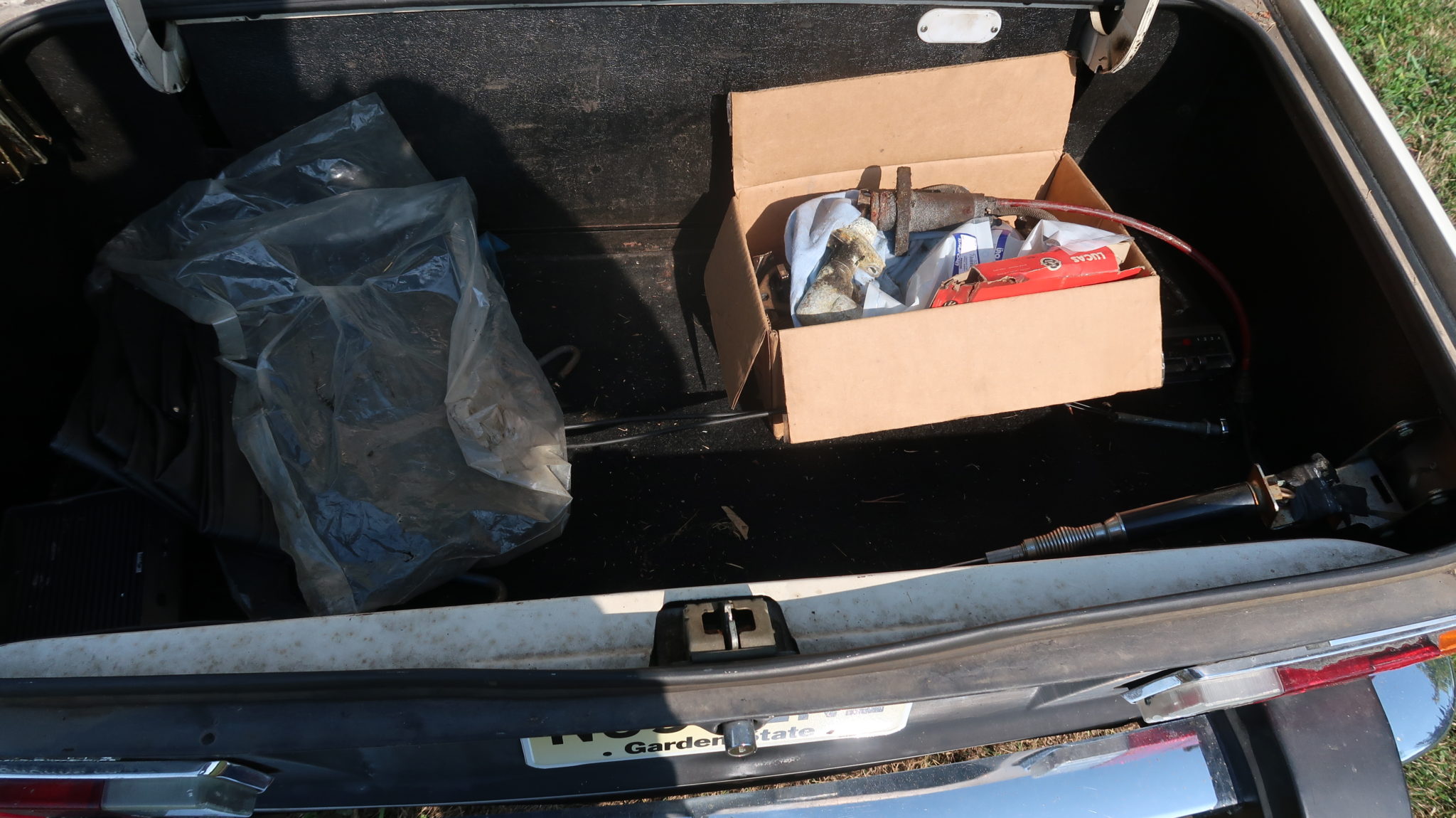 The overall vibe we get from this TR6 without talking to the original owner is that he used it as a fun car weekend car for a few years when new, eventually let it sit in his dry garage for many years, and recently decided to pull it out, get it running, and then sell it.  Overall, this TR6 has great bones with a lot of potential by simply cleaning it up, but only if the original owner is willing to be realistic and accept an offer of $7,000 for it.  Good luck with the purchase! 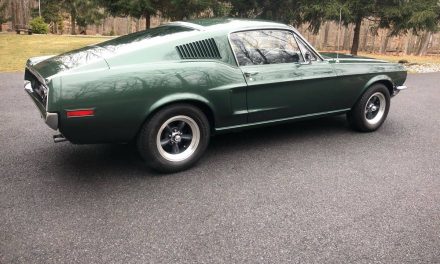 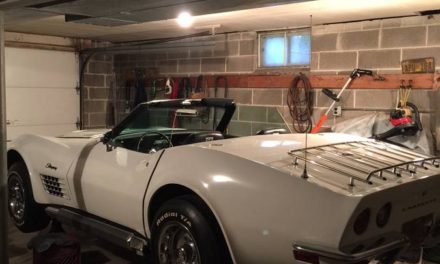