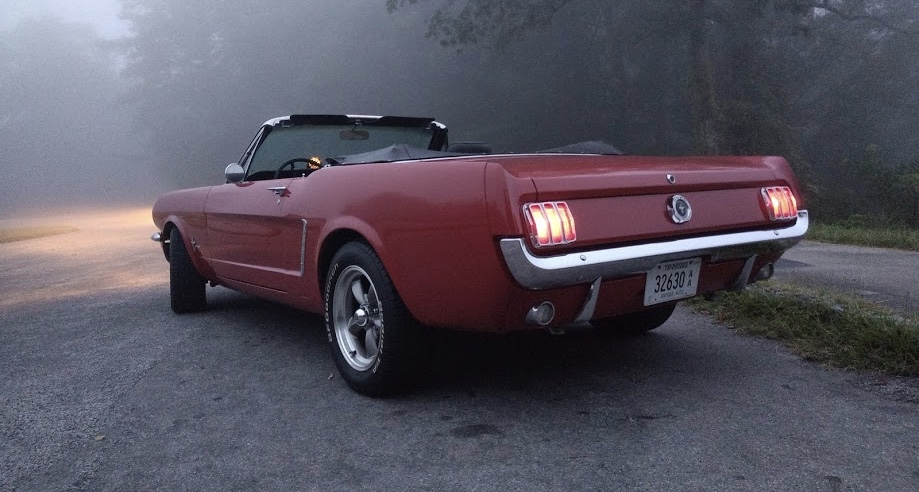 Guys With Rides is pleased to present our latest Reserved Parking Feature: this Candy Apple Red Enamel over Black Vinyl 1965 Ford Mustang Mild Custom currently located in Knoxville, Tennessee.  The third owner Daniel decided to find the next caretaker for his beloved Mustang and is currently seeking $28,000 to part with it.  Using the Hagerty Insurance Online Valuation Tool as a guide and selecting a 289 cubic inch two barrel car as a proxy, Daniel’s asking price is fairly set $1,600 below the #3 “Good” level of $29,600. 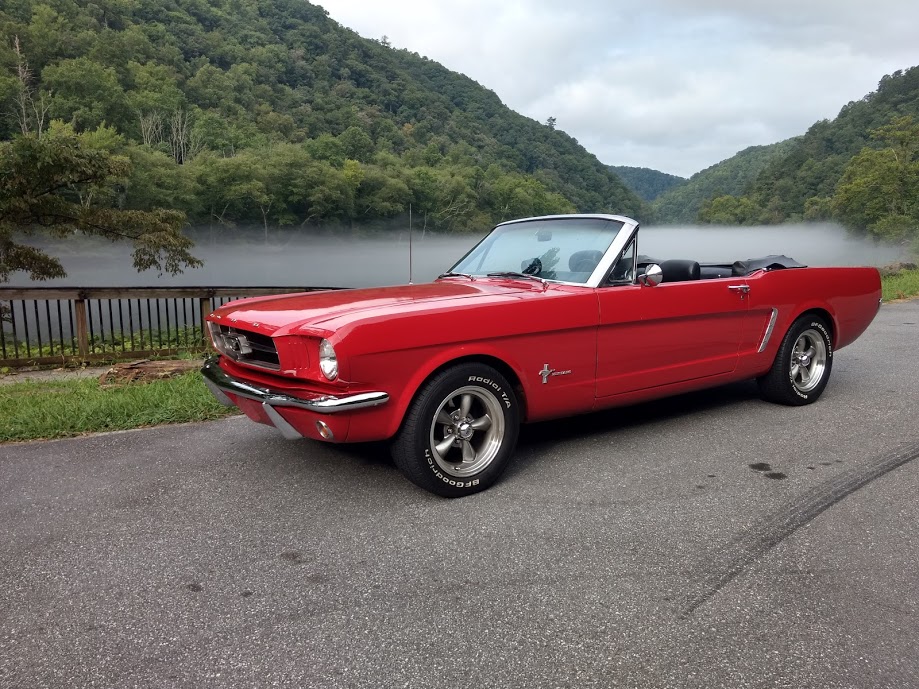 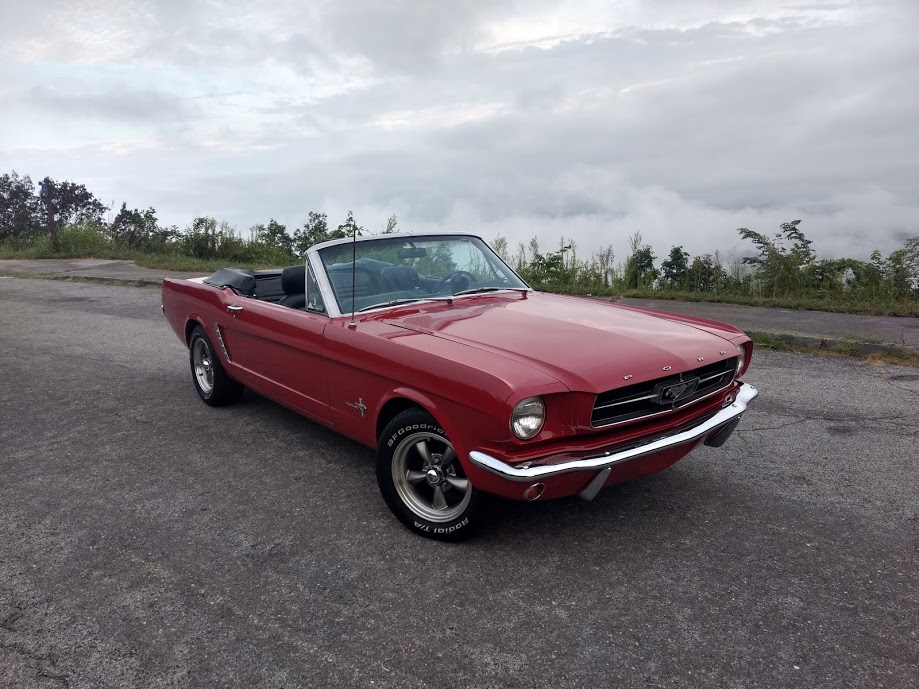 Daniel purchased this completely solid example from the second owners in 2014 who had their Mustang repainted in 1972 in the current Candy Apple Red enamel that has been perfectly preserved since.  Interestingly, the red overspray shown in several of the pictures dates back to that ’72 respray.

Shortly after purchasing, Daniel quickly learned that while his “new” Mustang was a pleasure to look at and structurally sound, the original inline six cylinder power plant connected to a three-speed Cruise-O-Matic that rode on Goodyear Polyglas tires with drum brakes all around was a horror to drive by modern standards.

Consequently, Daniel spent the next three years making improvements to his Mustang.  The most notable change is under the hood where the original six cylinder gave way to a mildly built 289 cubic inch Ford small block V8 with a 10:1 compression ratio. Feeding this V8 is a Holley 780 cfm four barrel carburetor mounted on a Cobra high-rise intake manifold while tri-y style headers help remove the spent gases quickly.  Channeling the 289’s power is a wide-ratio top-loader four speed manual in place of the original automatic. 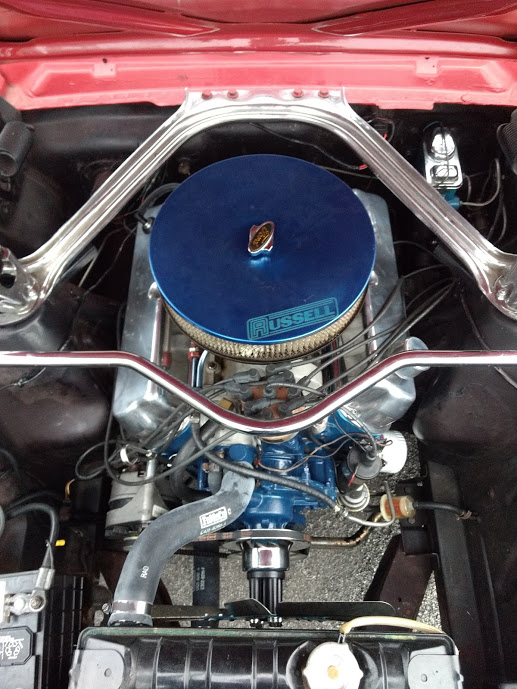 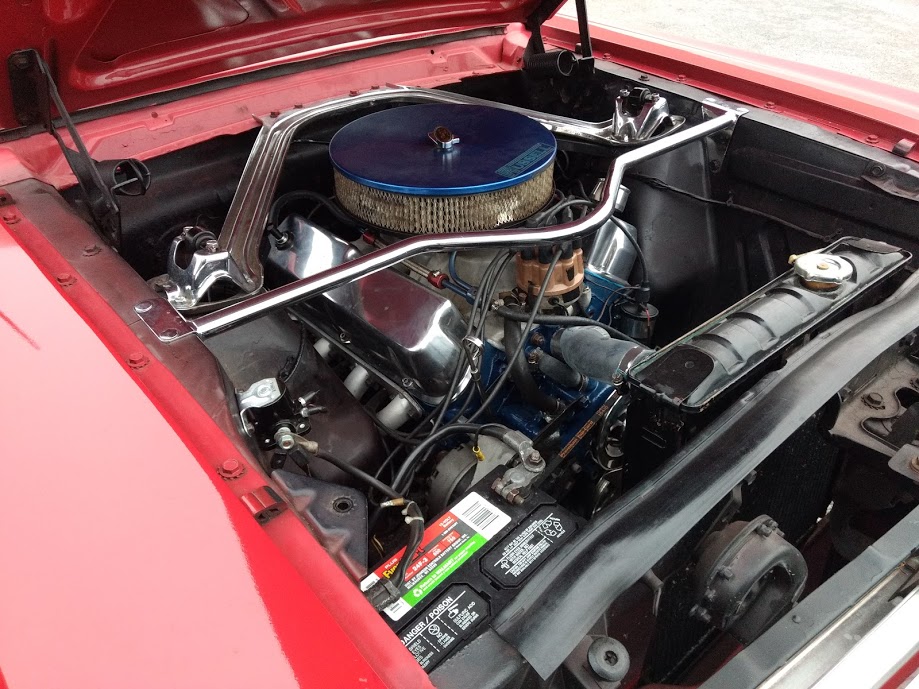 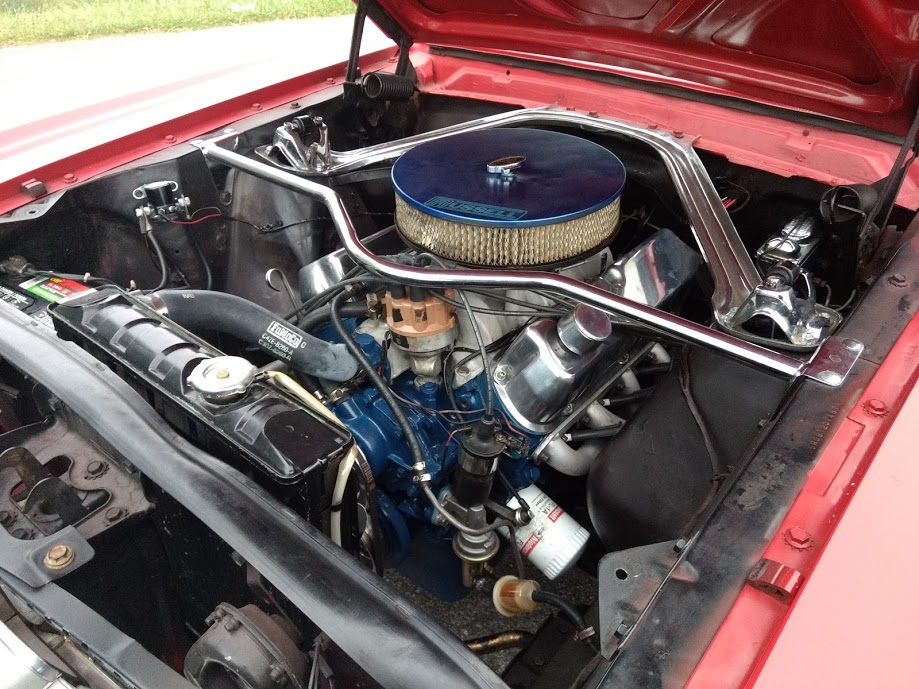 To compensate for the added front end weight over stock, Daniel smartly converted his Mustang’s front end with 620 pound springs while a chrome Monte Carlo bar ties the engine bay together for added stiffness. While power transfers to the rear wheels via a 3.55:1 eight inch rear end, the front wheels now rely on single caliper disc brakes up front.  Channeling the added power to the pavement are modern B.F. Goodrich Radial T/A’s mounted on period correct aluminum five-spoke custom rims.  The gun metal gray finish of these rims simply works with the red exterior. 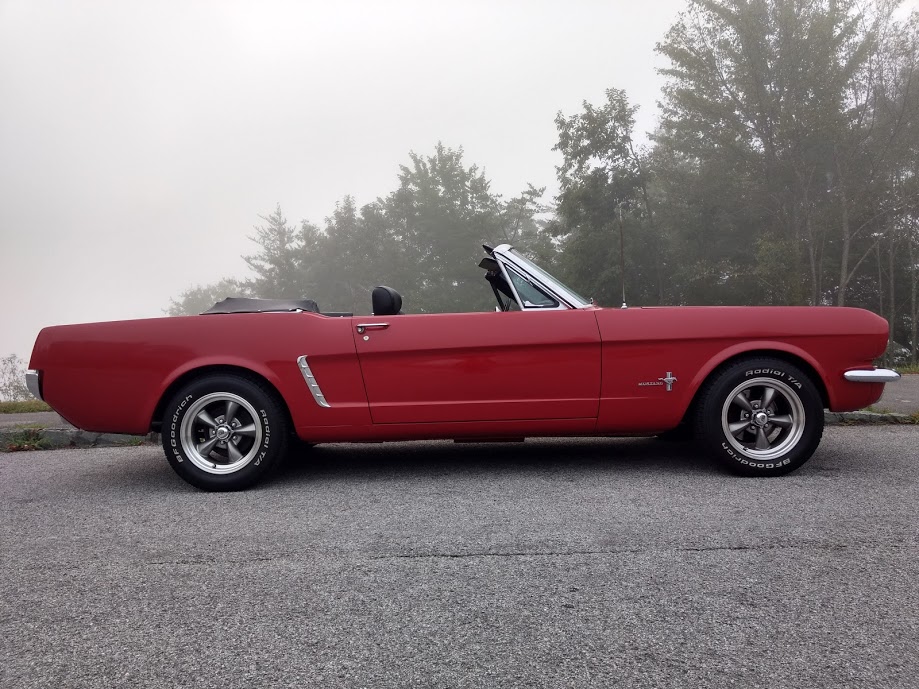 The standard black vinyl interior belies the fact this was once an automatic-equipped car, as the pedal box appears bone stock while the Hurst four speed is nicely mounted. Daniel tastefully redid the front seats with an aftermarket headrest kit and we note the installation of a Custom Auto Sound radio in the factory dash location (with speakers in custom molded kick panels) adds to the stock appearance.  We love that Daniel resisted the common urge to add a center console, thus keeping a minimalist look in the interior while saving weight. 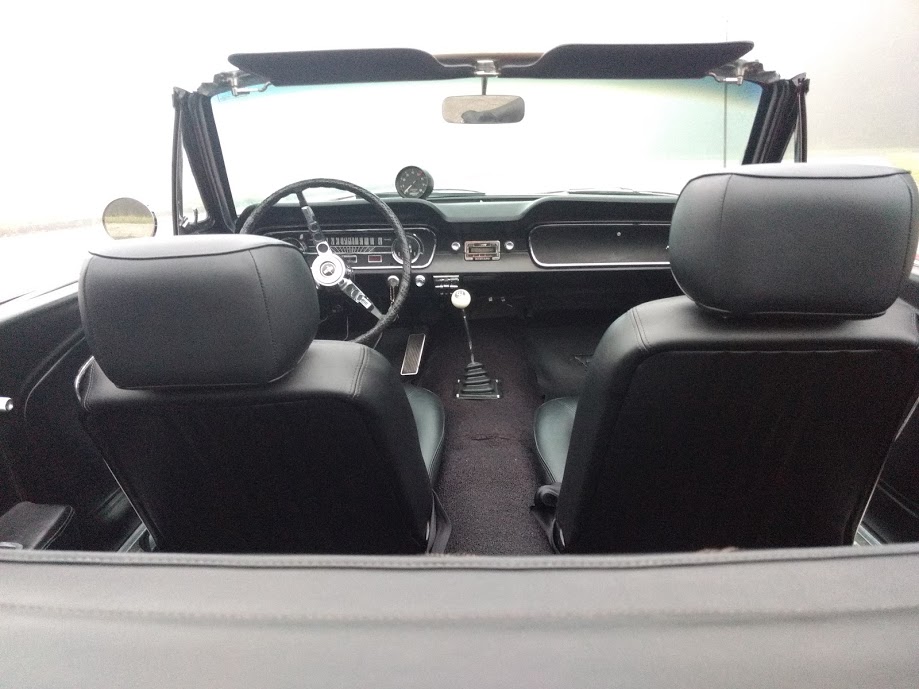 We love the subtle improvements to this Mustang vastly improve its driveability over the original powertrain while continuing to provide a stock look in a great color combination.  We predict the next caretaker of this Mustang will be thoroughly impress with the quality of this car.  If you are seriously interested, please feel free to contact Daniel directly by phone at 865-304-0749.  Good luck with the Purchase! 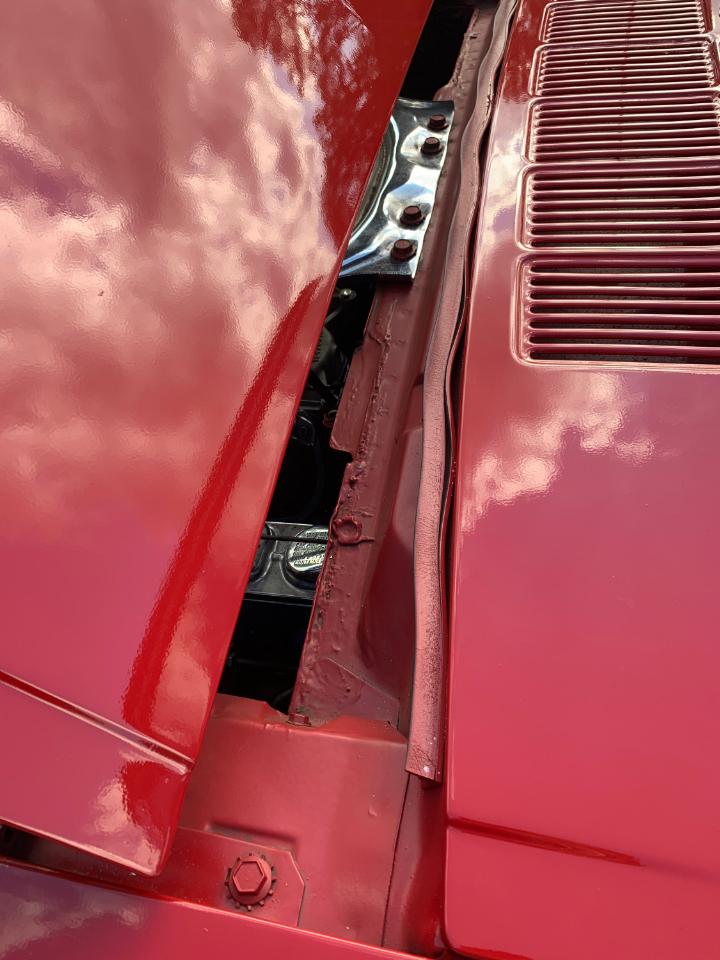 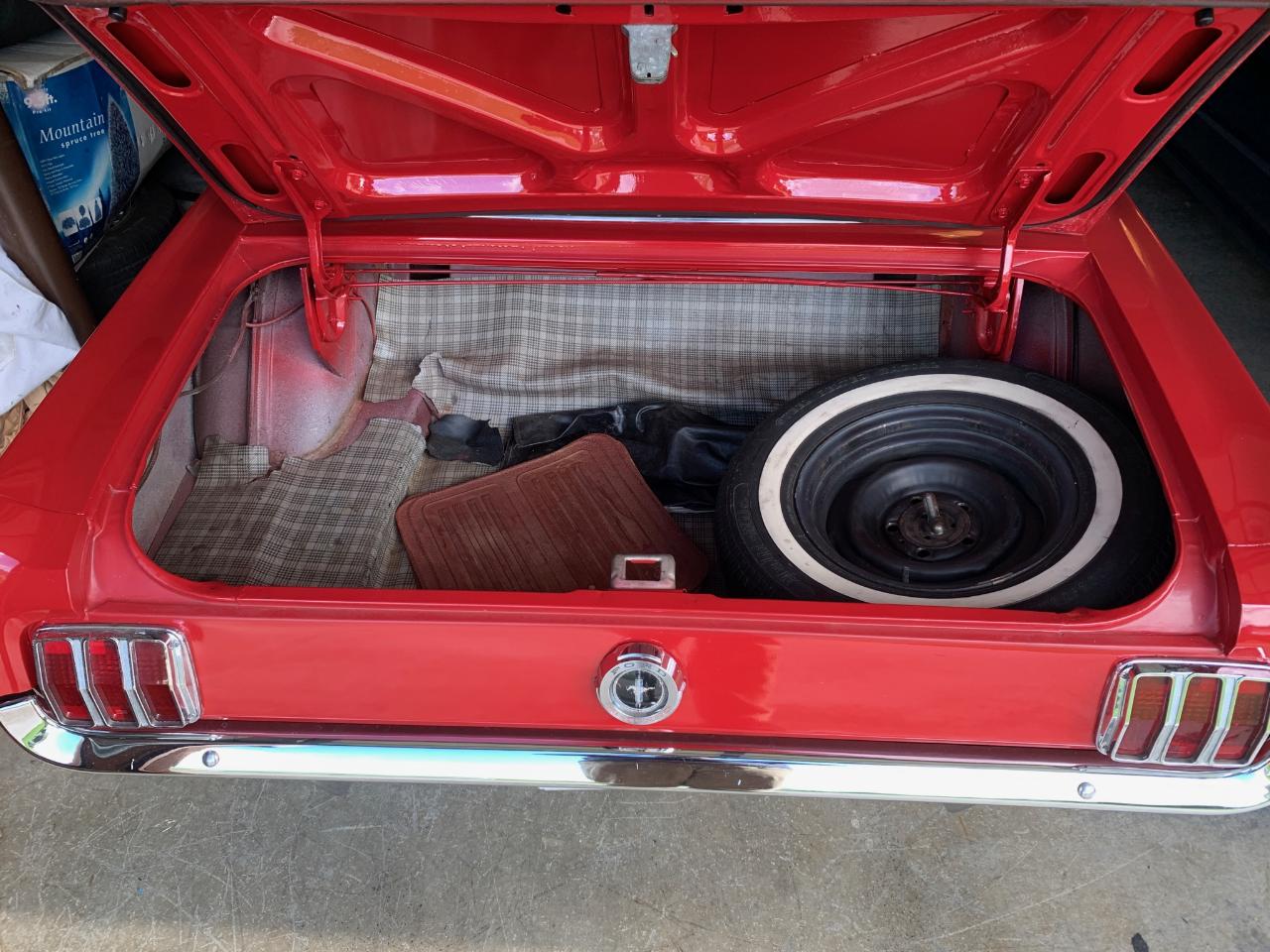 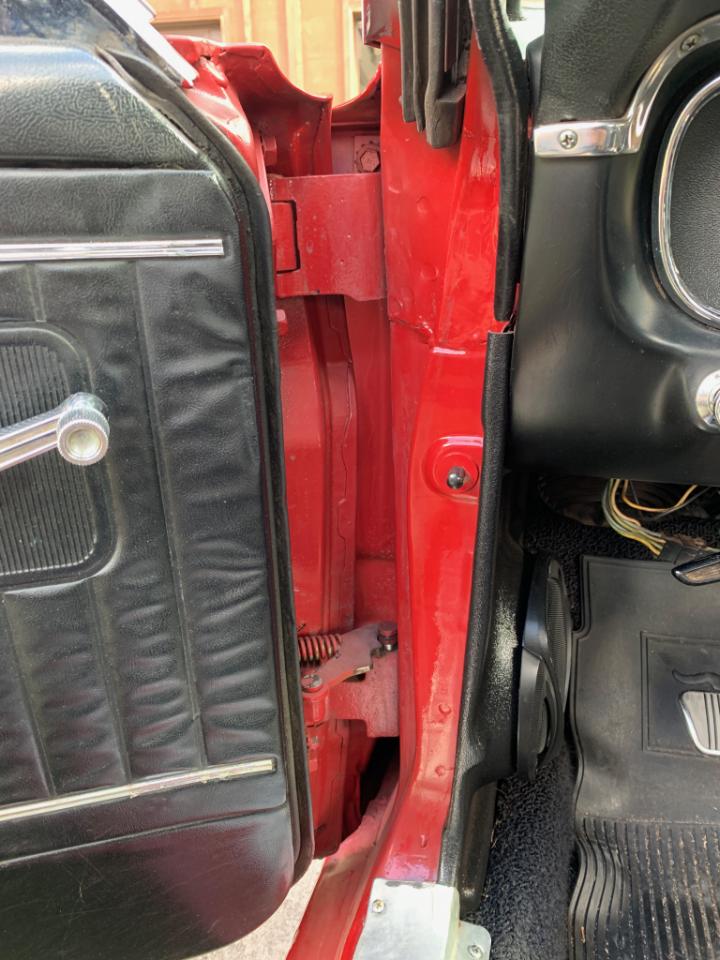 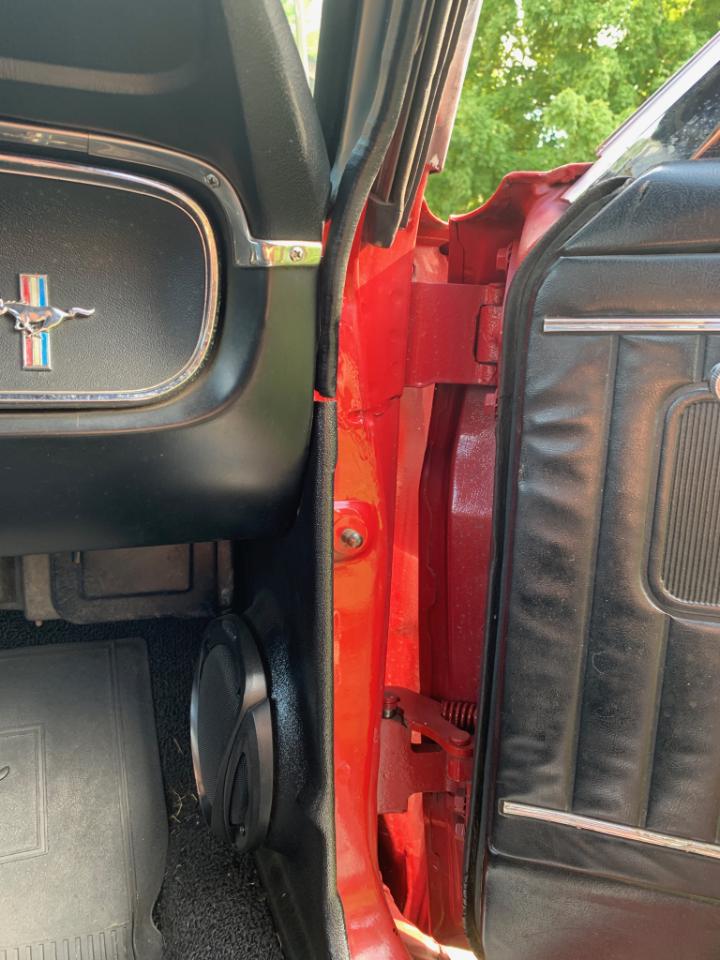 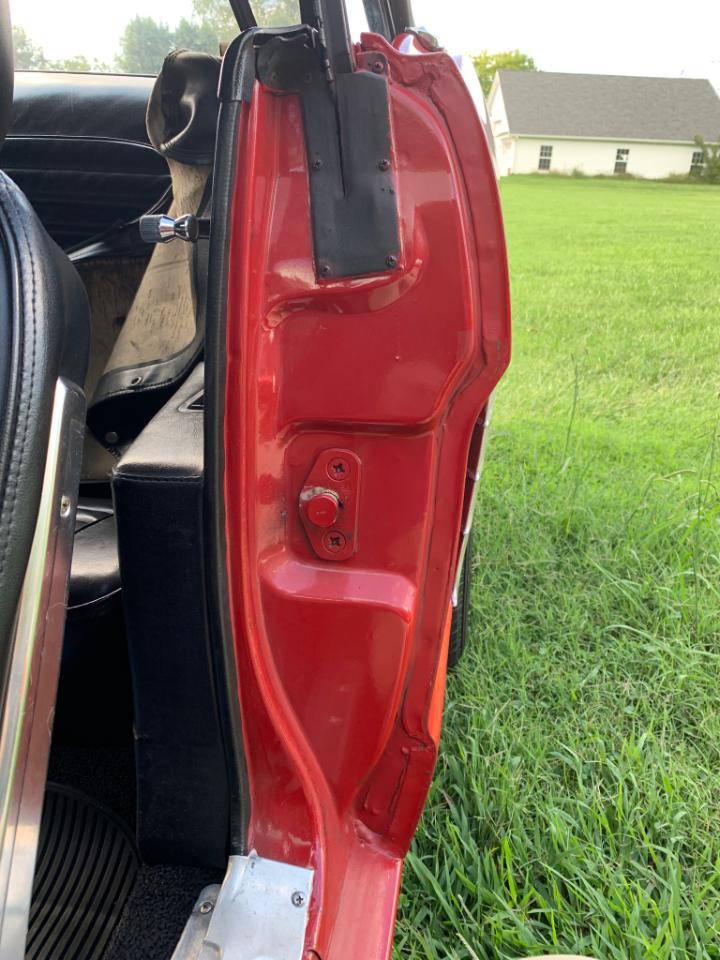 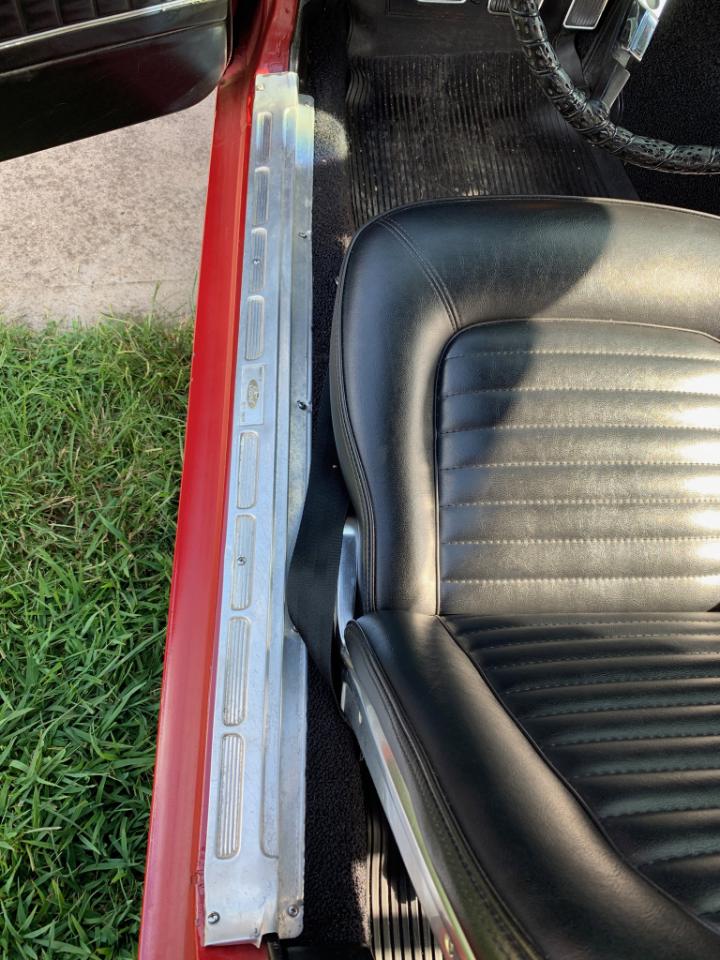 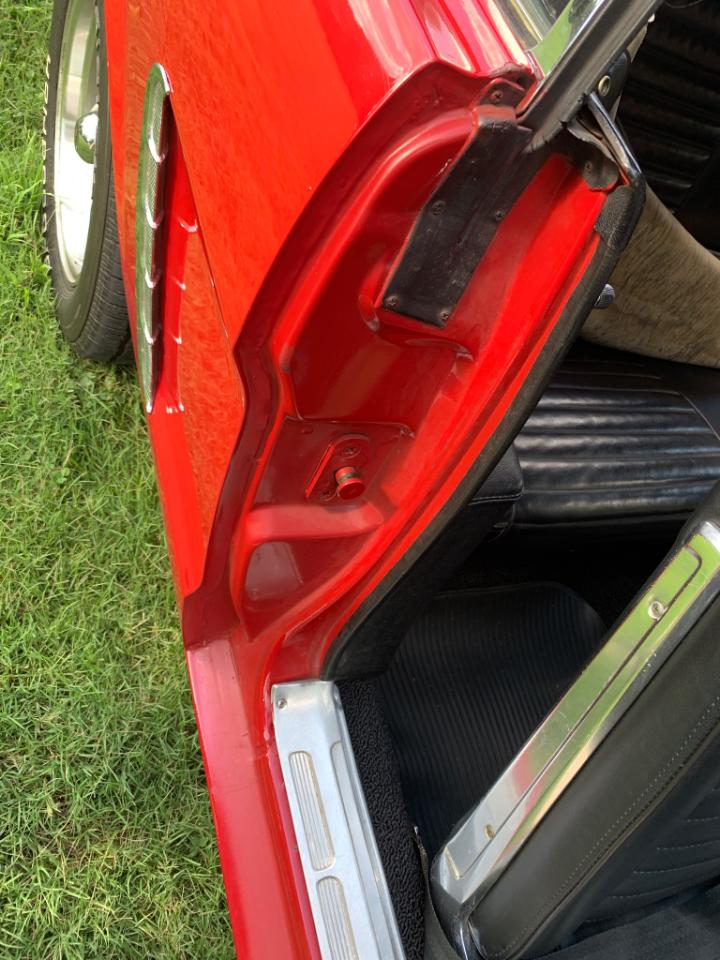 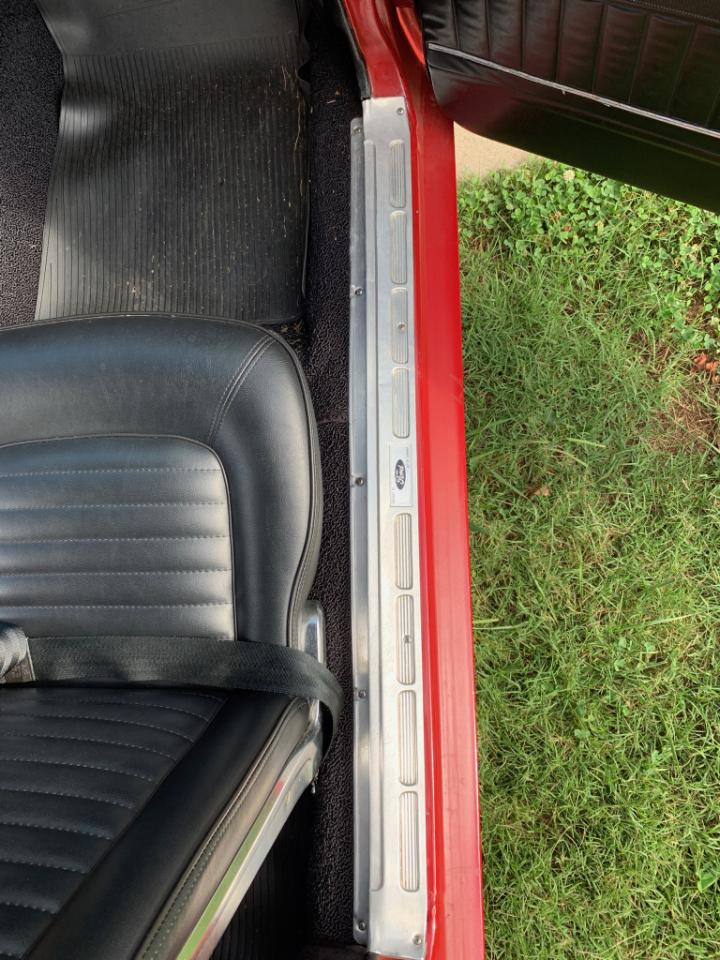 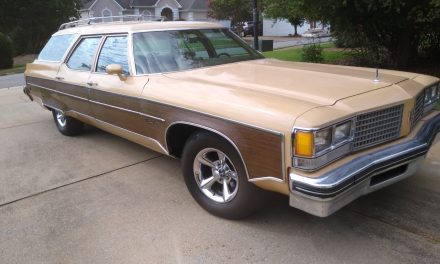 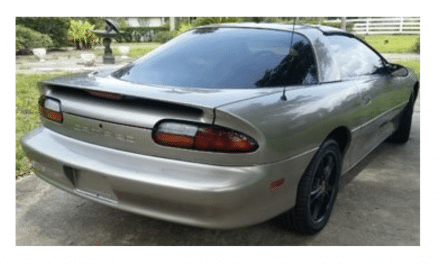 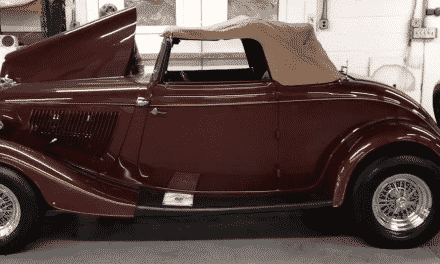 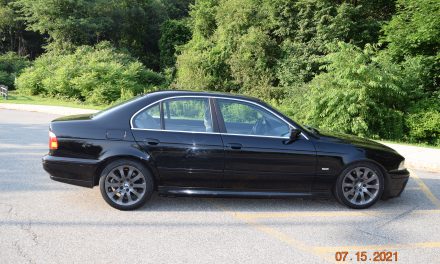