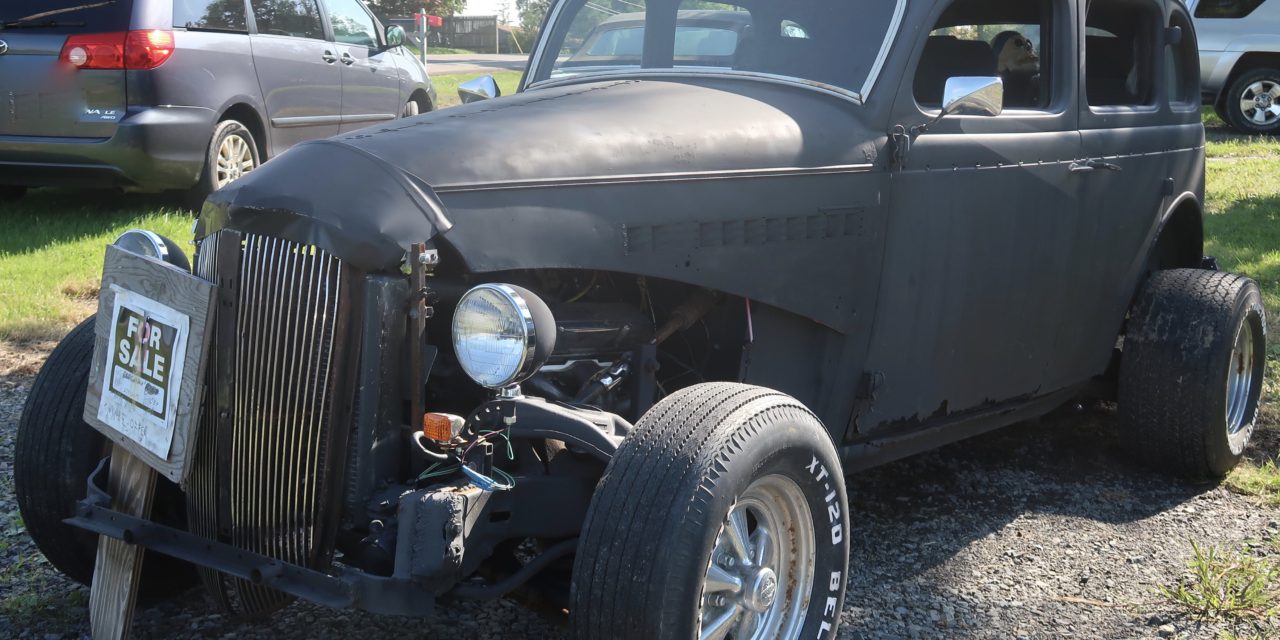 Just by driving around you can find a Rat Rod for sale along the side of the road.  That’s exactly what happened to us over Labor Day weekend 2019 when we came across this unfinished 1935 Dodge Four Door Sedan Rat Rod project halfway between Cornell and Watkins Glen, New York.  Unfortunately, the builder of this Rat Rod passed away recently before finishing his car, so his brother-in-law John now is trying to sell it for his sister.  When we asked what the bottom line price would be for this Rat Rod, John said $4,000 will take it home. 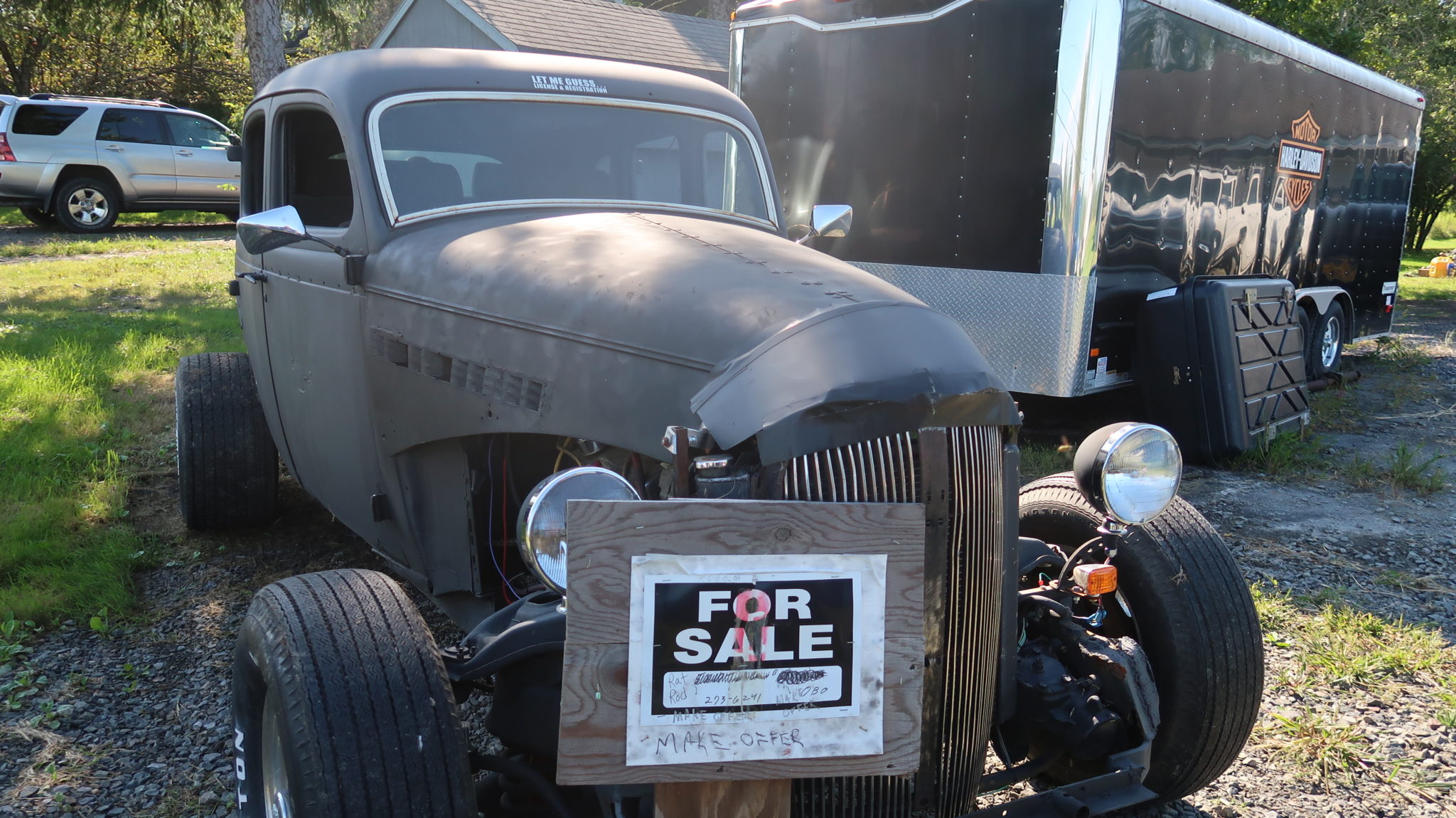 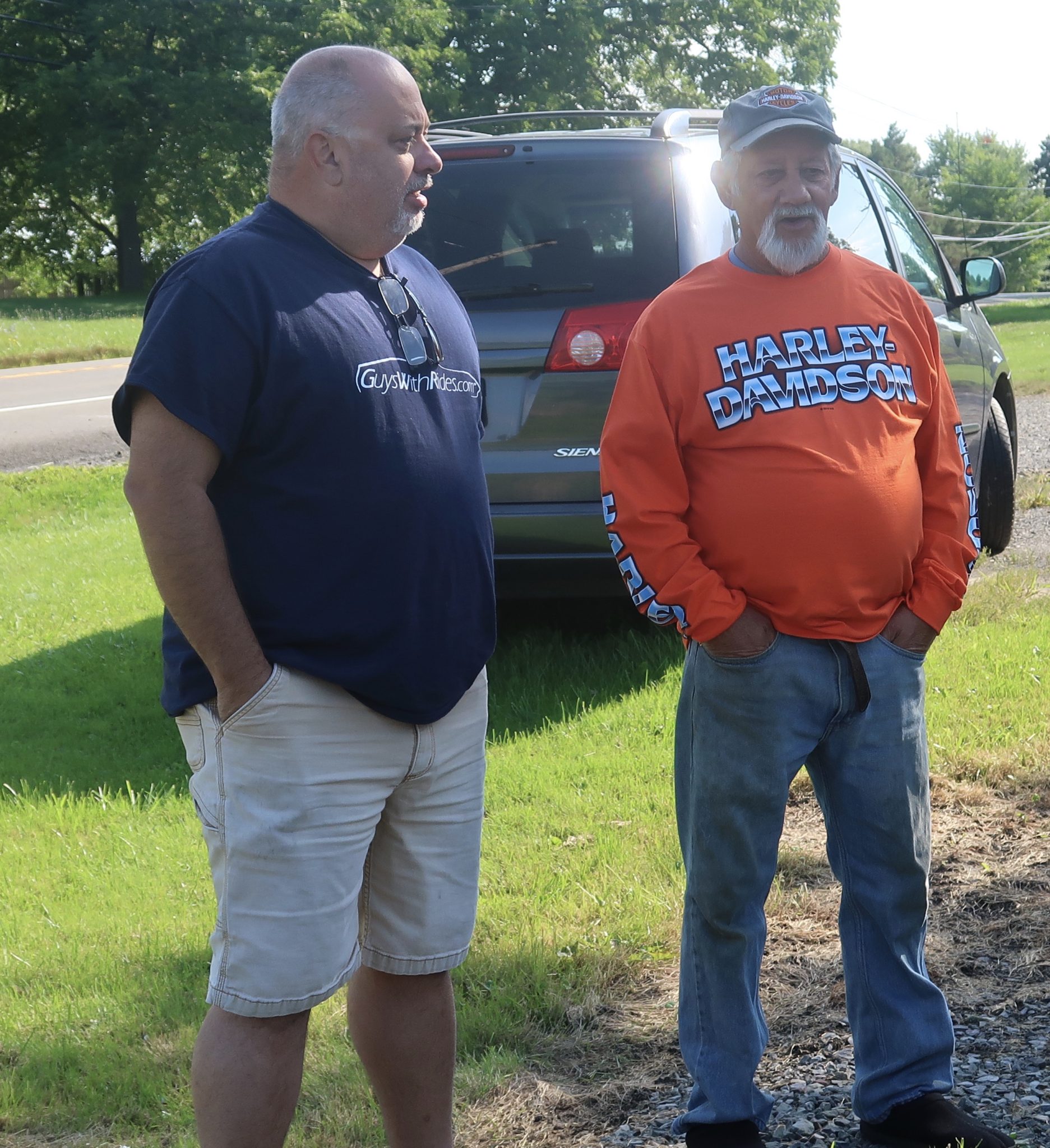 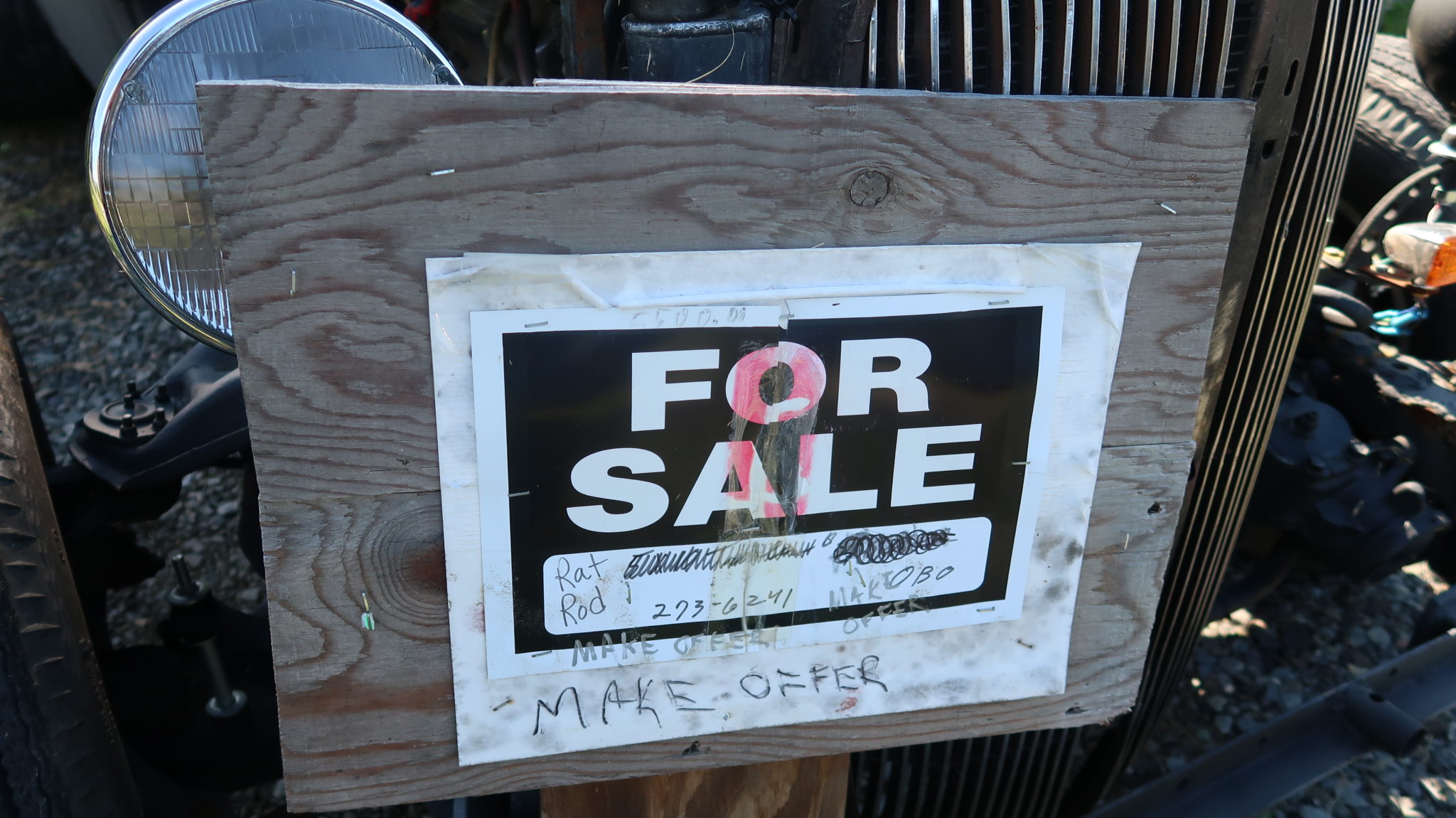 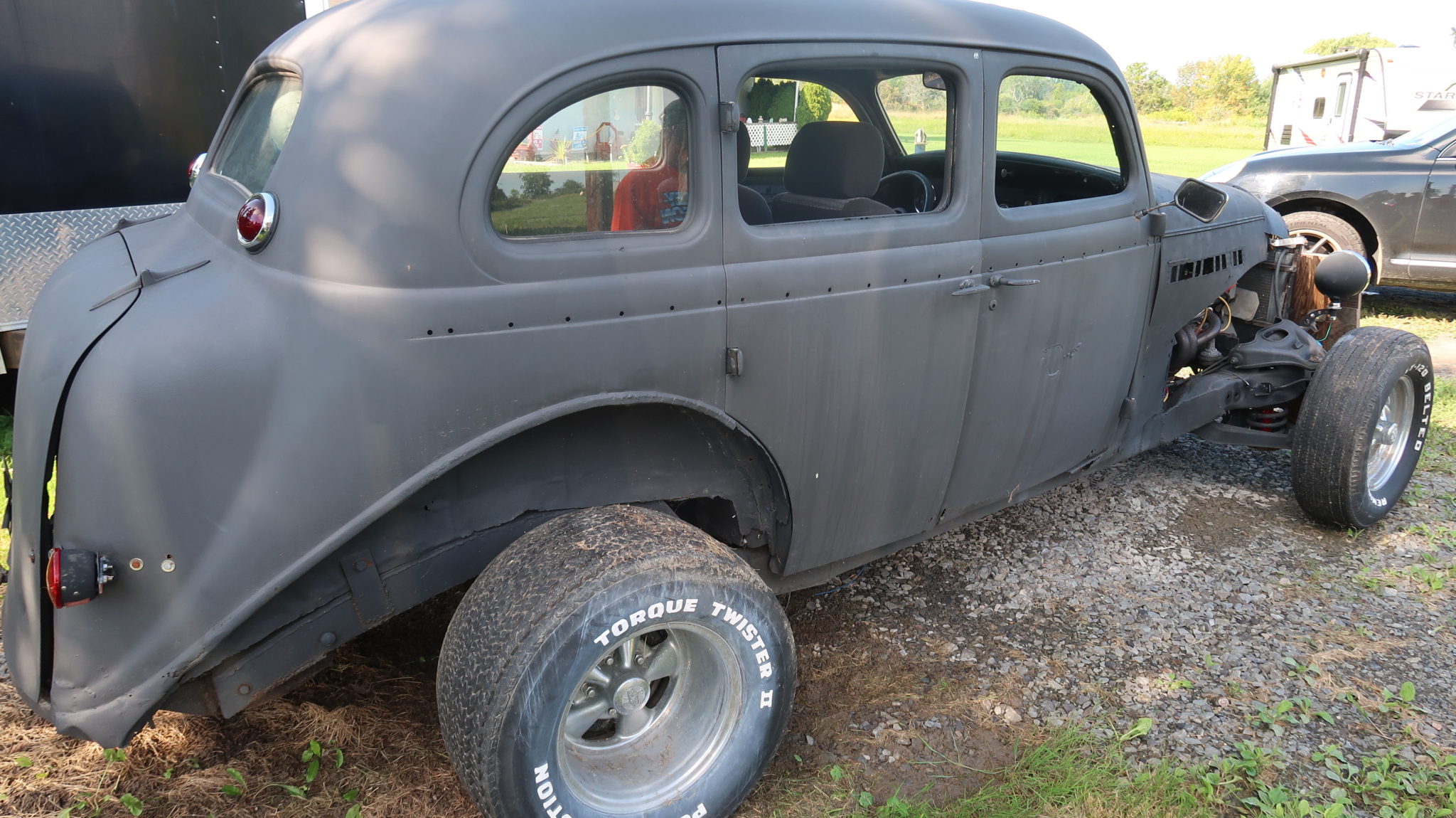 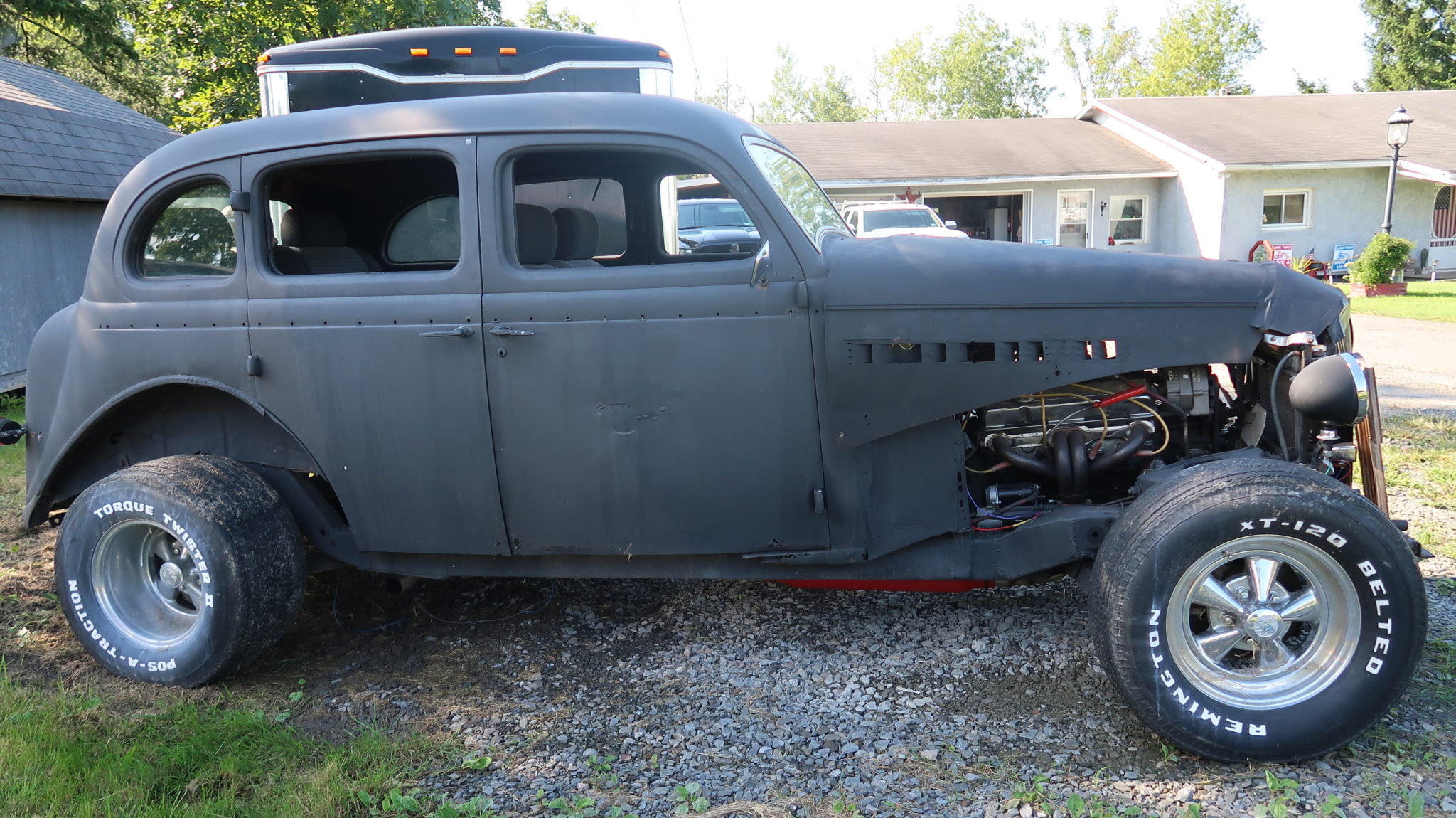 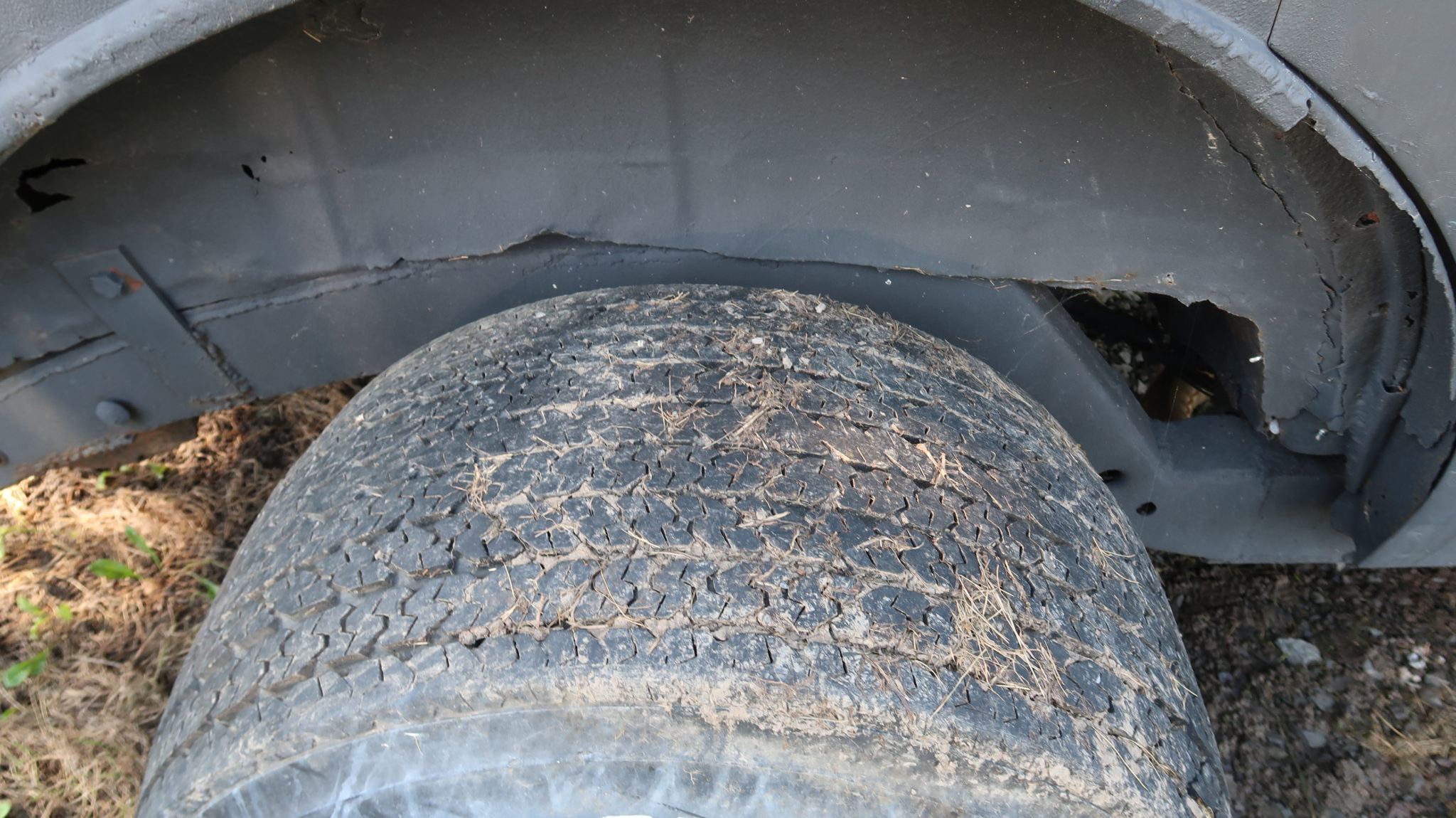 In true Rat Rod fashion, John’s brother-in-law started with a rusty ’35 Dodge Four Door Sedan.  He strengthened and modified the frame accept a ’68-72 Chevrolet Chevelle front end.  Power comes from a 305 cubic inch Chevrolet small block connected to a TurboHydramatic 350 automatic transmission.  While the body rust was left alone, the frame appears to be well strengthened to handle the extra power of the V8.  The builder elected to keep the body mounted above the frame rather than try and channel it for a lower appearance. 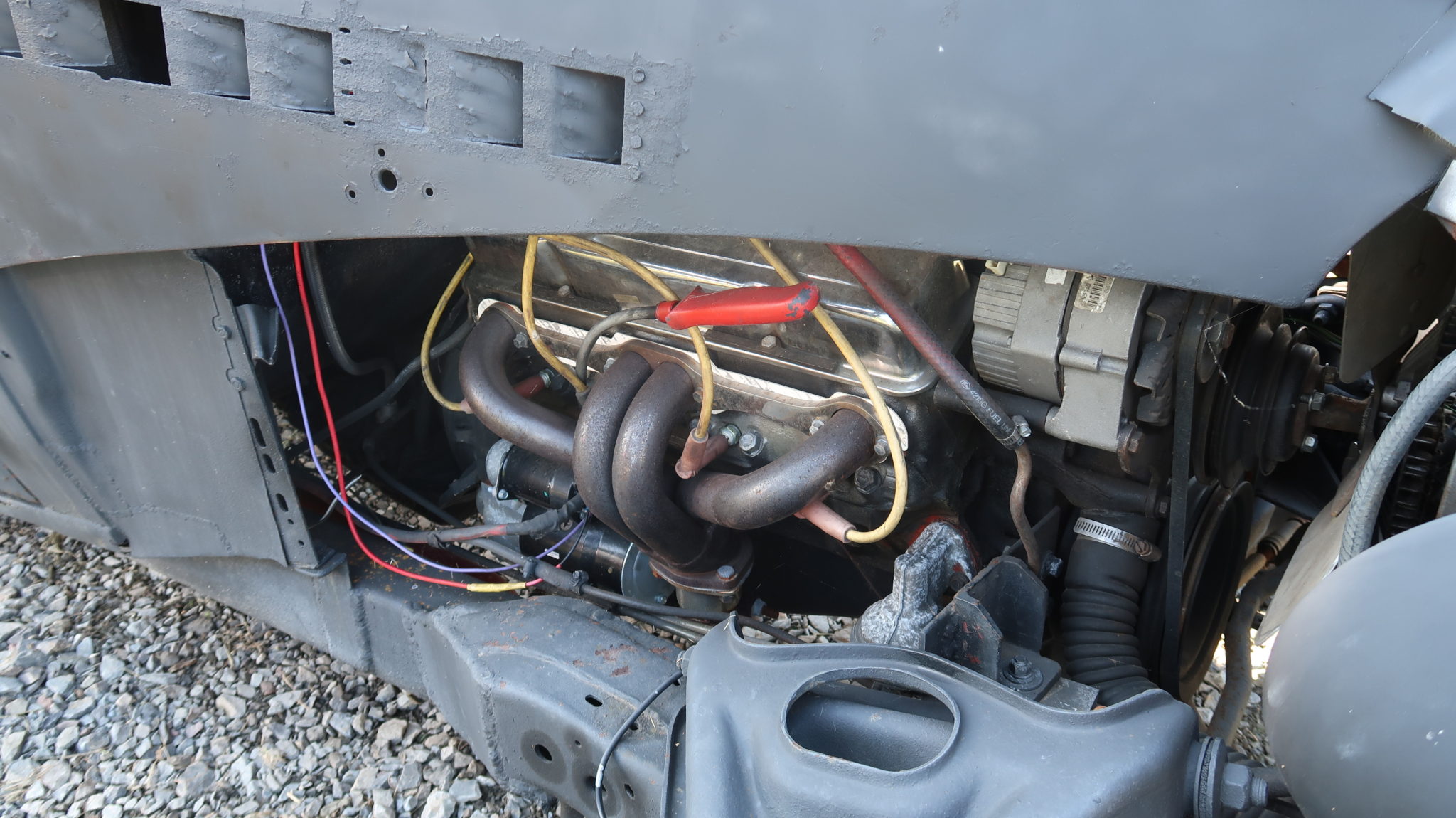 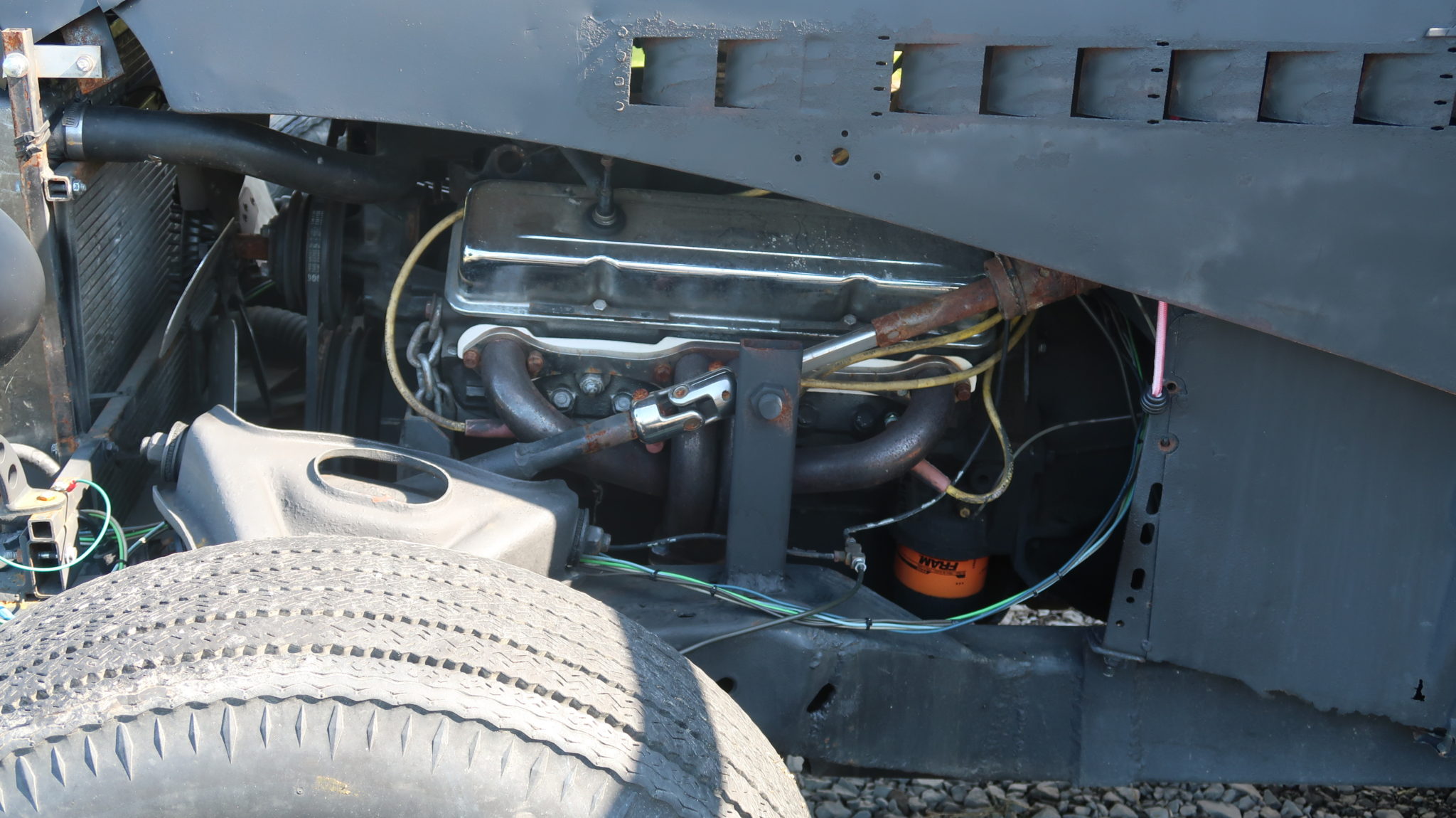 John noted that despite the top not being chopped, this Dodge does not come with side windows.  While the deceased sourced an interior and new wood headliner bows for his Dodge, he died before bolting everything down.  Consequently the choice is yours whether to use what comes with the car or source your own. We would switch out the current Astroturf-style floor covering with something else, but that’s just us. 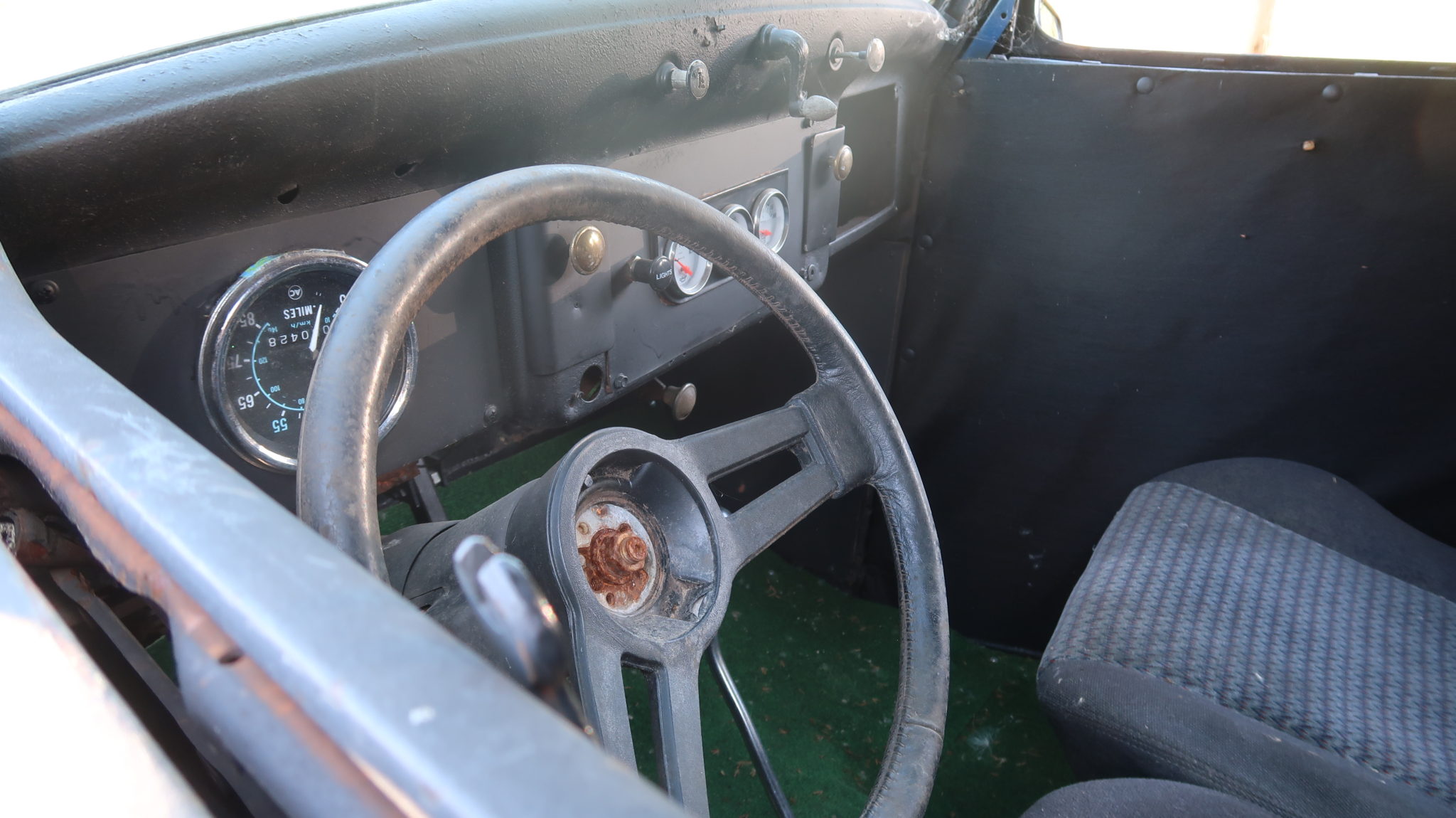 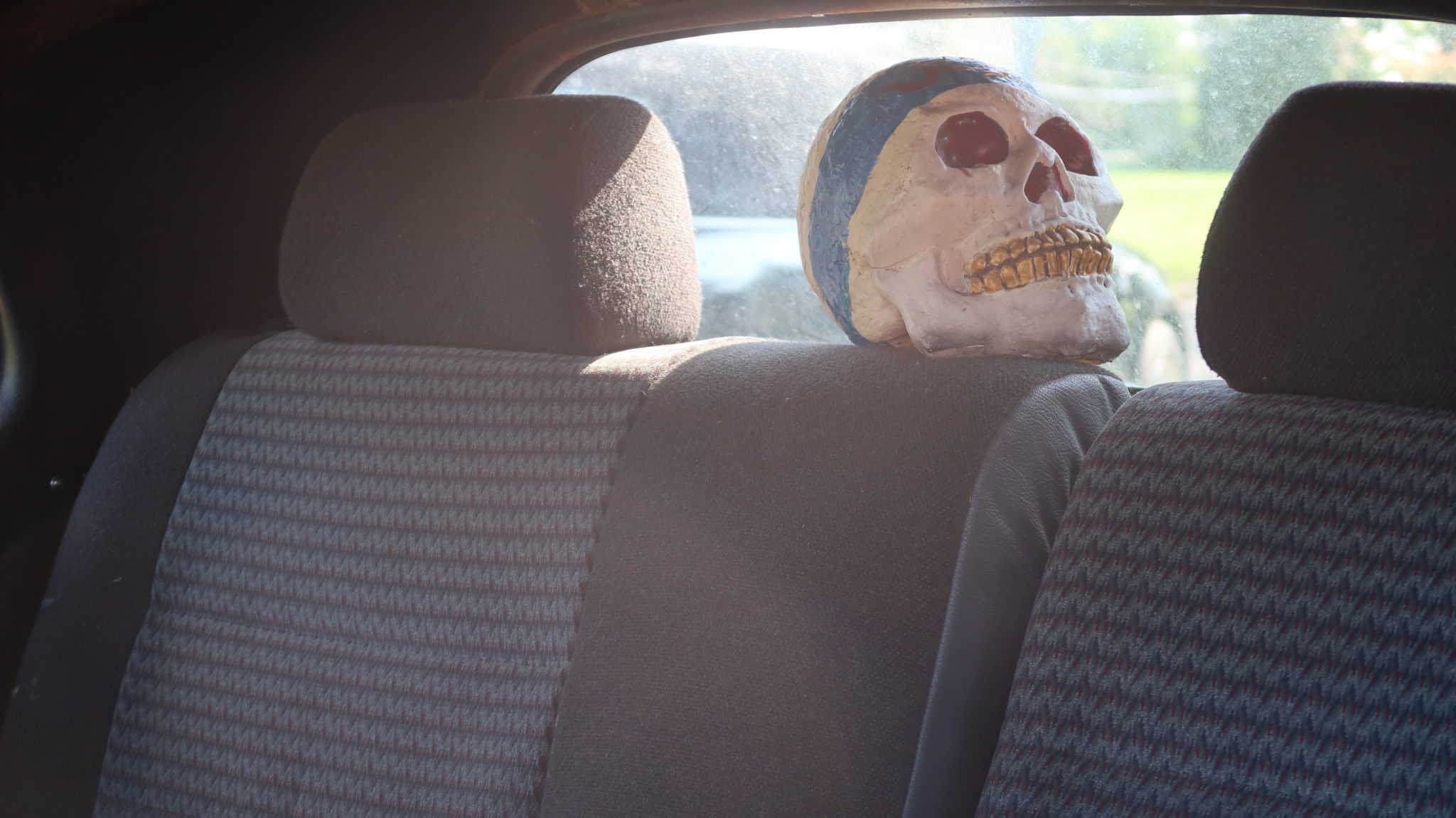 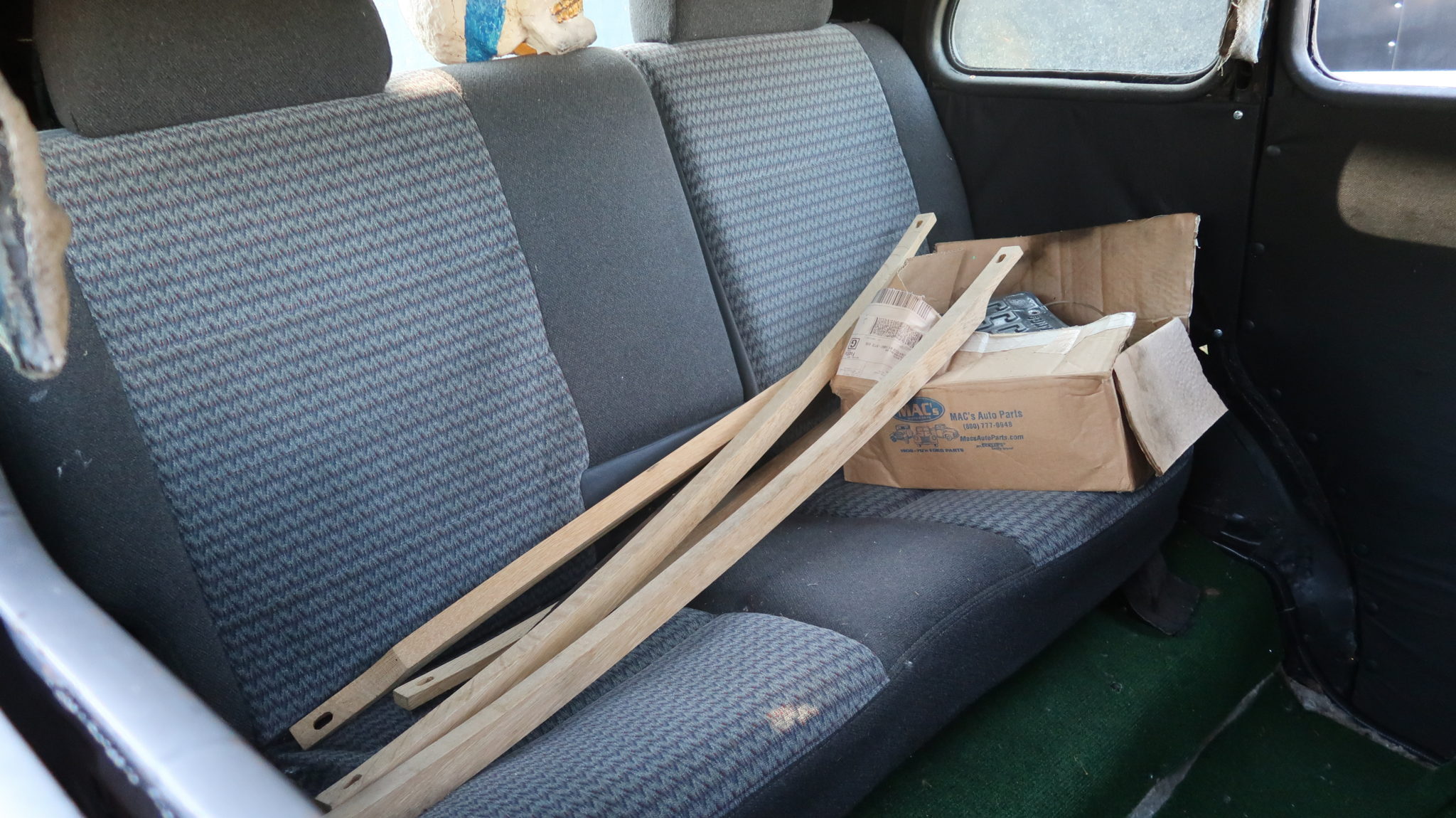 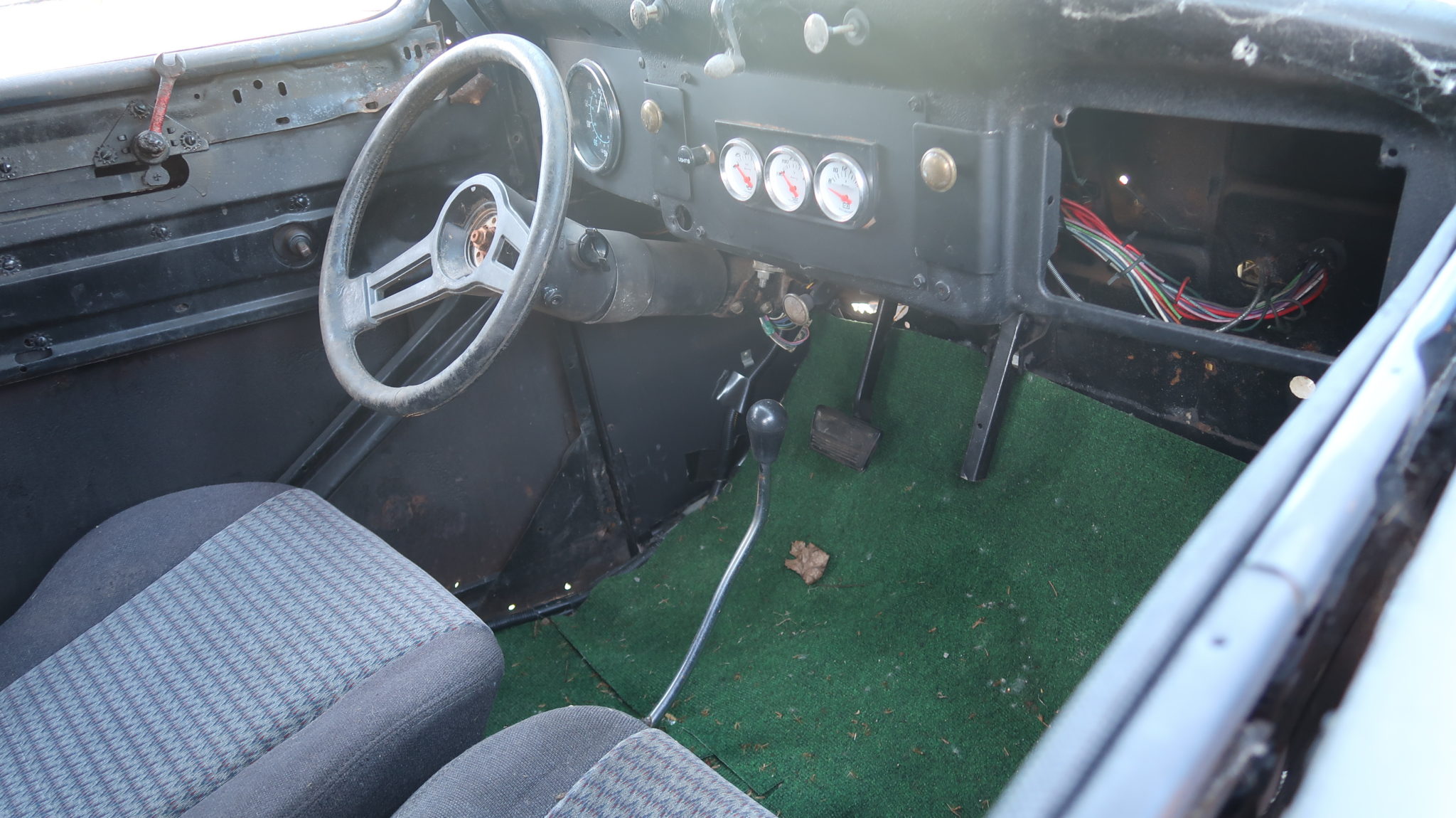 John mentioned the car’s wiring is all updated and we noticed fresh looms wired throughout the car.  The trunk now holds a fuel cell and battery.  We love the Rat Rod movement as they represent a resurgence of when hot rods were built according to the owner’s abilities and with the intention of being driven rather than the kit-built fiberglass trailer queens that litter  the hobby today. 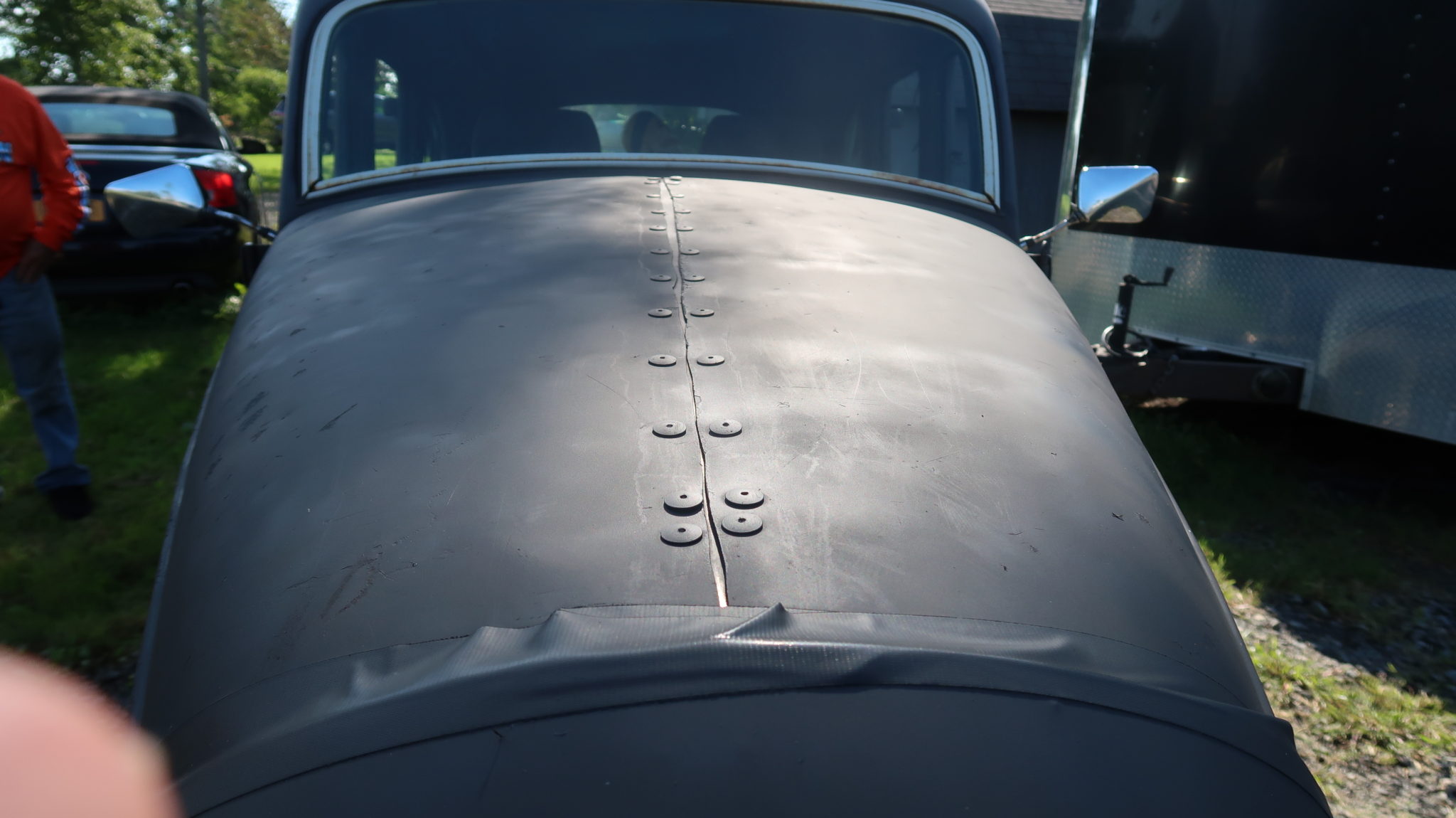 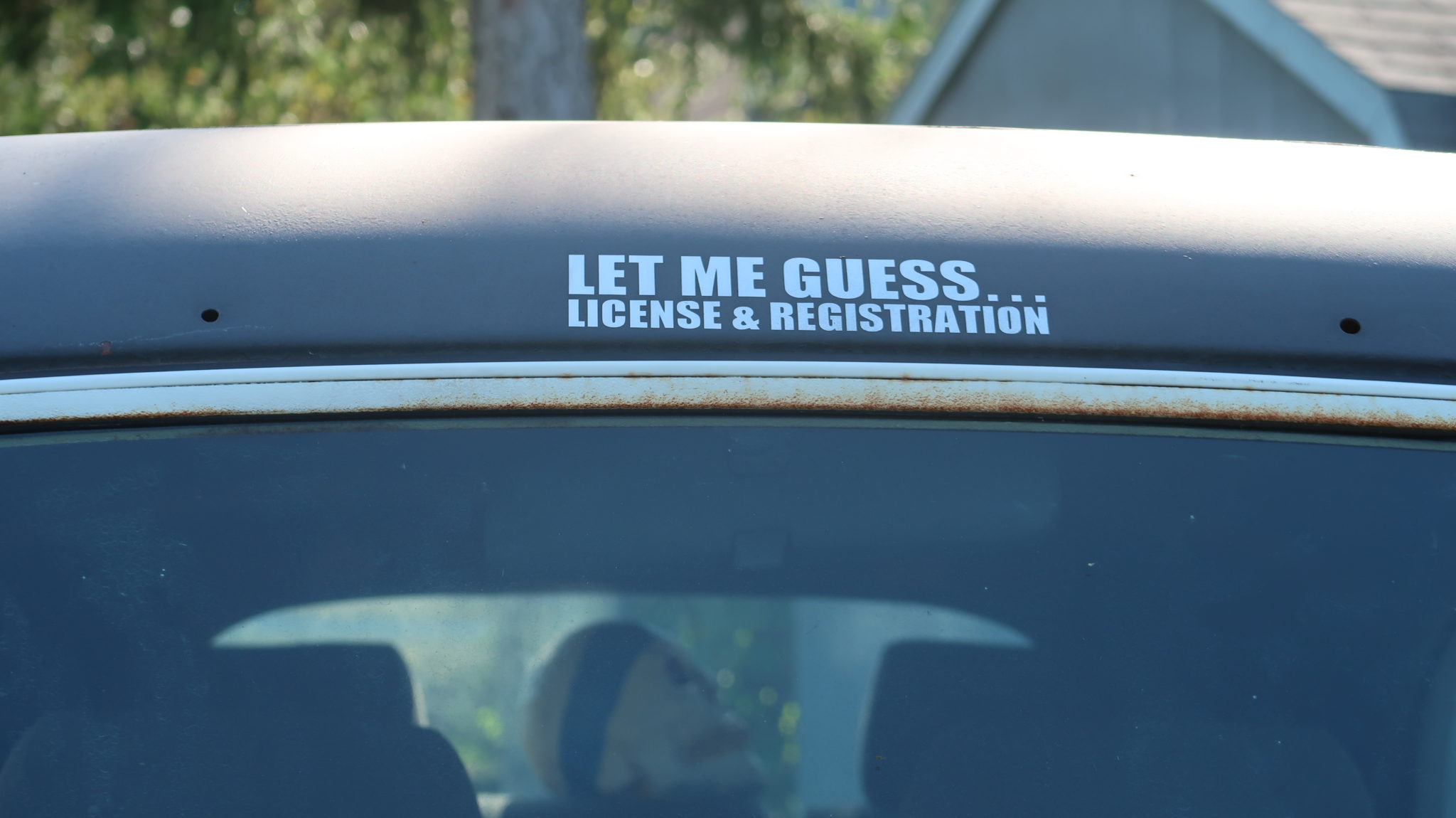 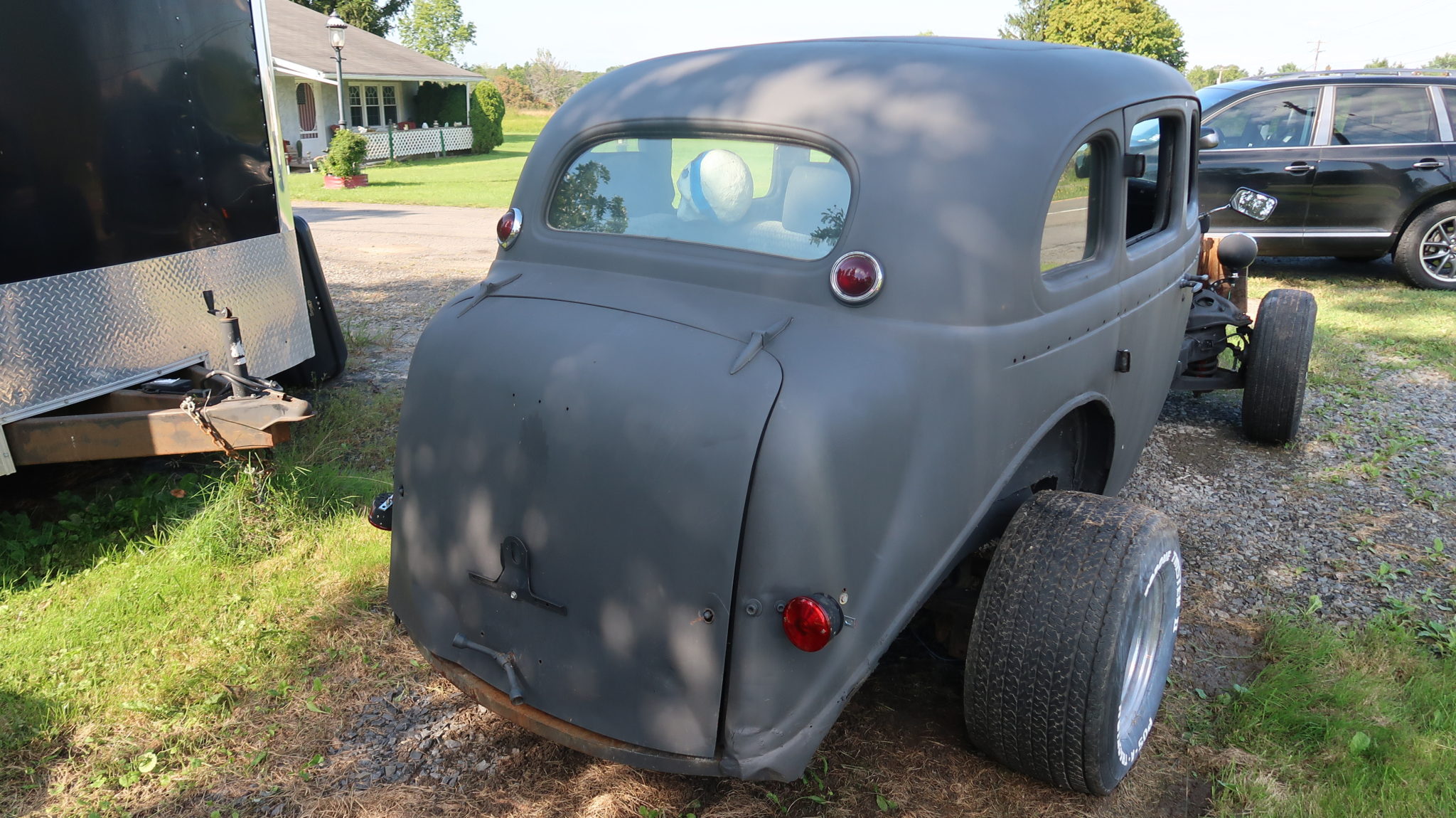 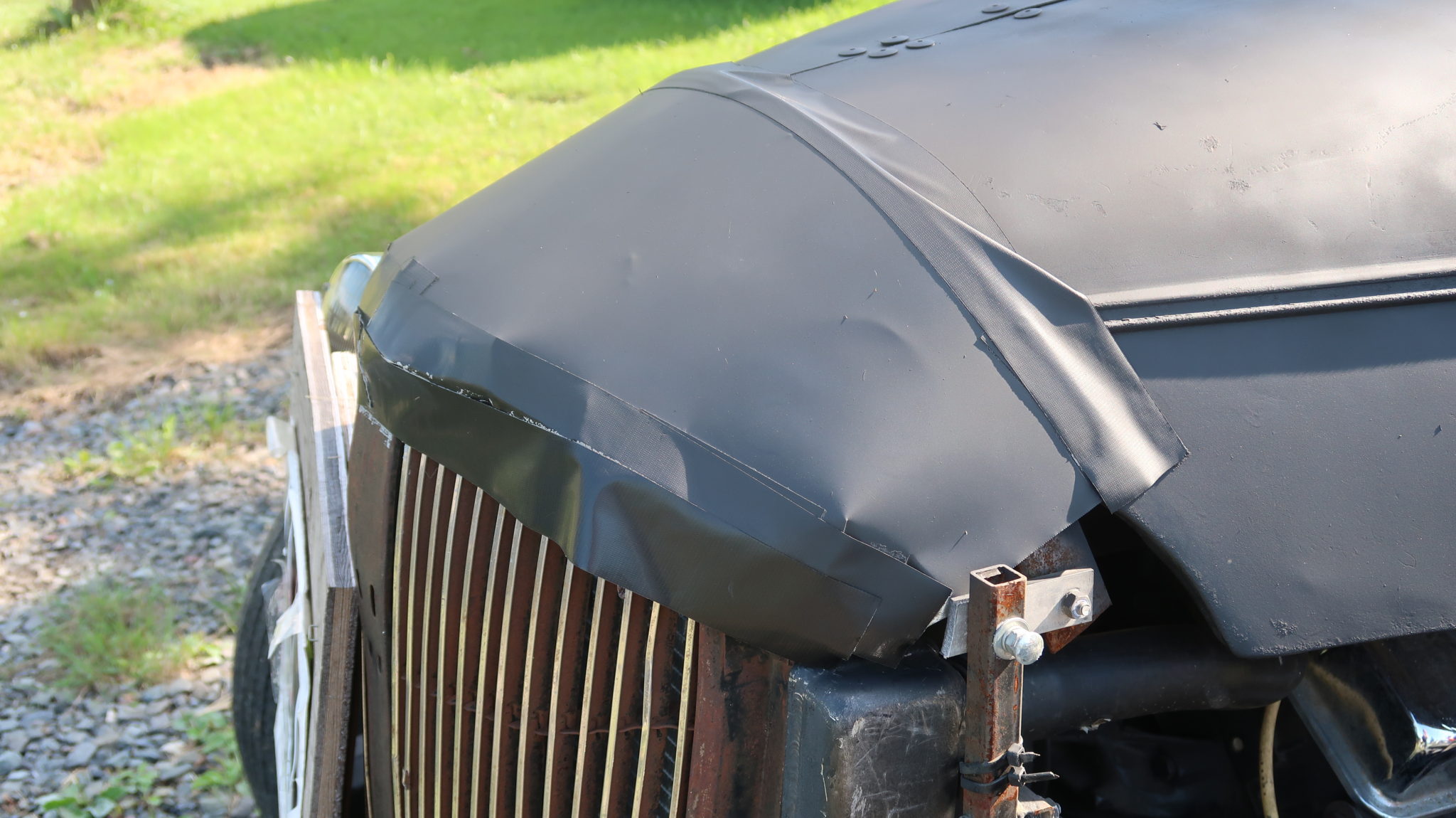 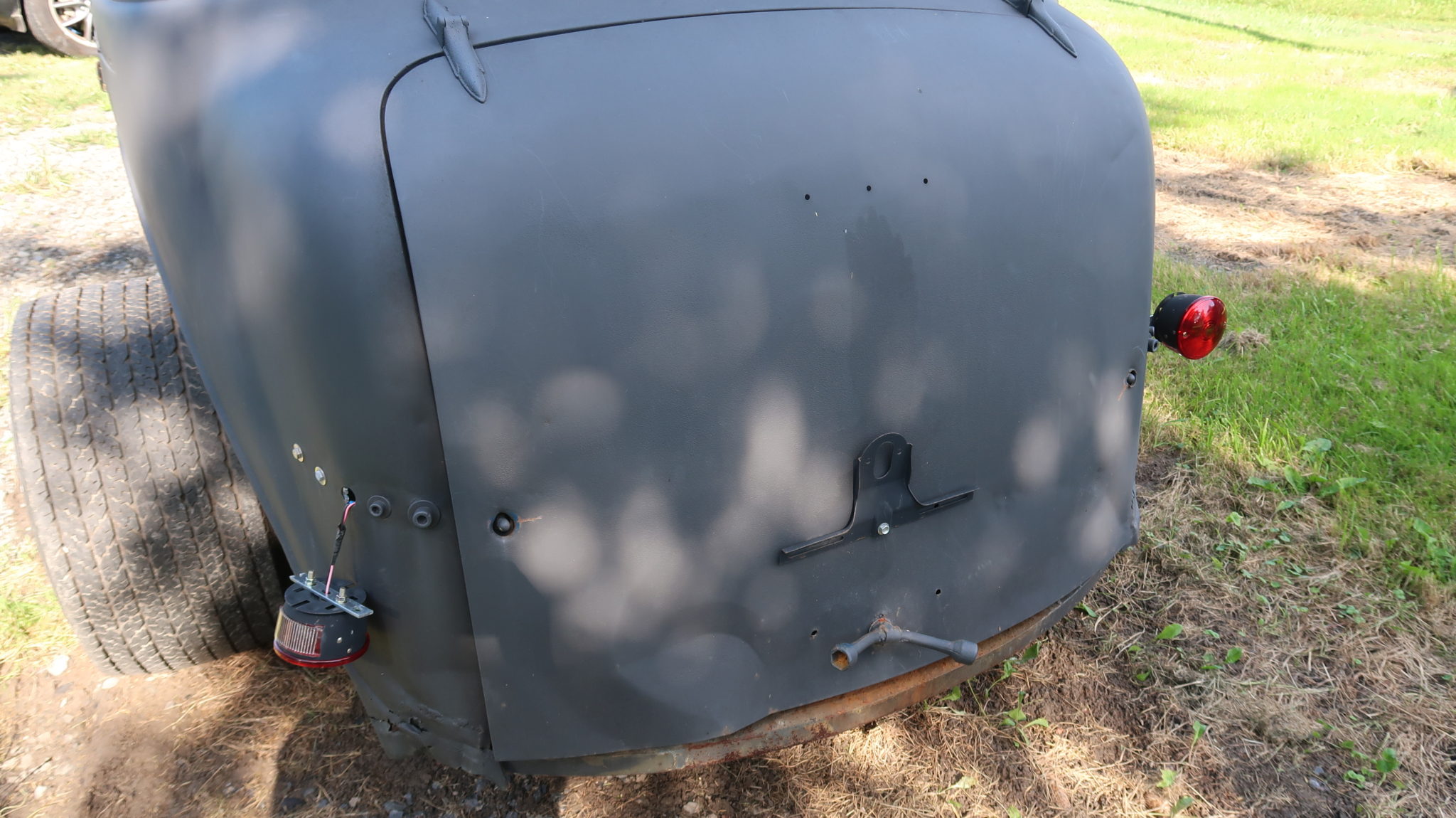 This Dodge represents a great way to have a starter Rat Rod that the next caretaker can elect to continue where the builder left off or take it in a completely different direction depending on their taste and skills.  If you are seriously interested in this project, you can contact John at 607-273-6241.  Keep us posted on your progress and good luck with the purchase! 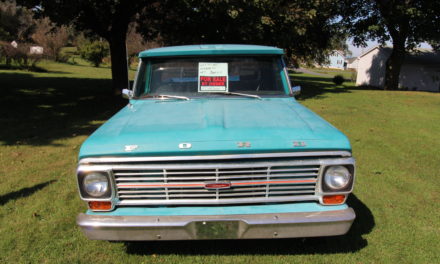 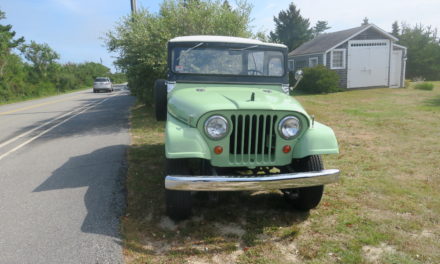 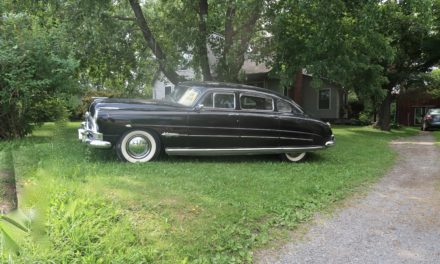 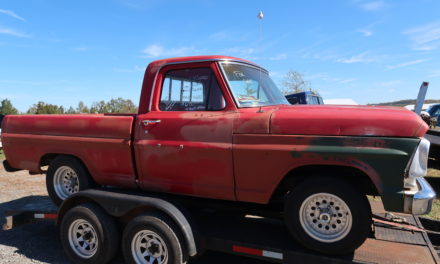