The Surprising Origins of the Phrase ‘You Guys’ 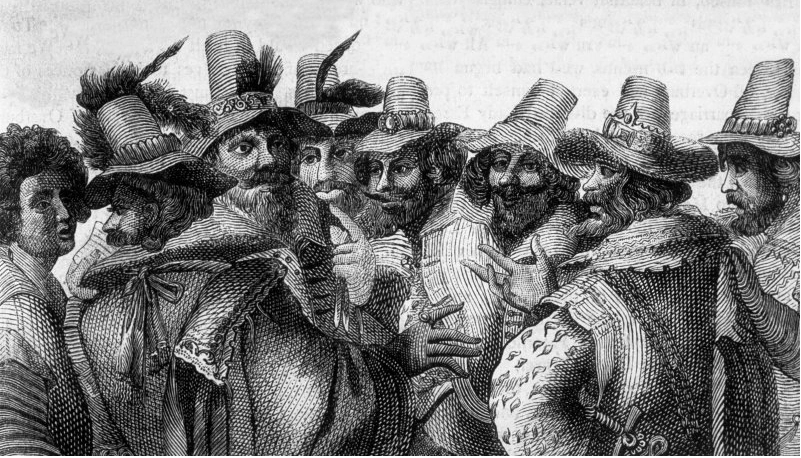 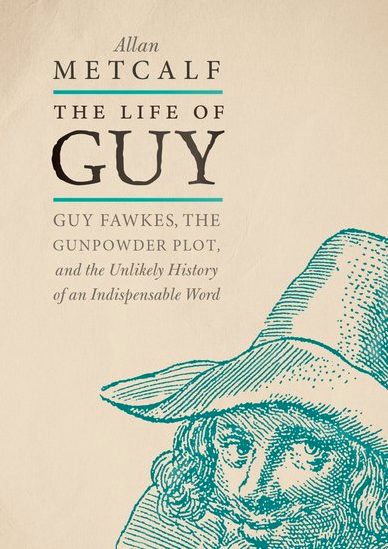 When we coined the phrase “Guys With Rides” as the name for our company and website, we weren’t trying to alienate women from joining and participating in our collector car community.  Far from it.  In fact, Guys With Rides Co-founder Nancy Samsel coined the term for two reasons:  its rhymes roughly with “Rides” and if you look up the term “Guys” in the dictionary you’ll find the word is accepted as a plural, gender neutral, pronoun.

If you’ve ever wondered about the origins of the phrase “you guys”,  English Professor and author Allan Metcalf just released his new book titled, “The Life of Guy” which explains how Guy Fawkes and his infamous Gunpowder Plot of 1605 in London helped start the term both men and women continue using casually to this day.  The following is an excerpt of Alan’s new book from a recent Time.com post we have permission to reprint here. Enjoy!

You guys, what’s going on? How come we routinely say “guys” or “you guys” when talking to a group of two or more?

Whenever we speak or write, we are automatically voting just by choosing which words to use. Every sentence of this entire column, for example, casts votes for the words I’m using. This explains why most of the ingenious new words invented by authors like Gelett Burgess (A Classic Dictionary of Words You Have Always Needed, 1914), Faith Popcorn (Dictionary of the Future, 2001) or Lizzie Skurnick (That Should Be a Word, 2015) never take hold. People enjoy the ingenuity and humor but don’t often adopt the proposed words as part of their everyday vocabulary. Unless they are actually put to use, words don’t become part of our language.

A notable, even astonishing, example of a new word gaining success by popular vote—with or without anyone consciously wishing for it—is “guys.”

Pronouns—short words or phrases that take the place of nouns—are at the heart of our language. They are so often spoken or written that they always get many votes, so they rarely change. From the earliest times that we have records of English, 1500 years ago, there have been three types of personal pronoun, each with singular and plural. So we have, scarcely changed from ancient times (making allowance for variations in form and pronunciation), three sets of pronouns:

This pattern shows only slight variation from then to now—with one major exception, culminating in the 18th century: the loss of the second-person singular.

Why was that? In addition to indicating an audience of two or more, the second-person plural (“you”) was trying to do double duty. It was becoming a sign of respect when addressed to one person. By implication, then, “thou” was stigmatized. If someone addressed you as “thou,” it became natural to assume that the speaker had less respect for you.

So over the course of around a thousand years, with plural “you” encroaching on the singular territory of “thou,” the latter finally gave up the struggle and yielded the singular second person to “you,” which was already the plural. Speakers and writers no longer could tell whether an instance of the second person was singular or plural.

For the next two centuries, people had to make do with this ambiguity, as they looked for a good way to signify a plural “you.”

They tried, for example, putting a plural “s” on “you,” making it “yous” or “youse,” both odd looking. Others tried adding a word after “you” to indicate plural: “you people,” “you folks” and “you ones,” or more colloquially “you-uns,” abbreviated “yinz.” Some added a word specifying the audience, like “you ladies.” None of these options had much widespread success, except for the special case of “you all,” also “y’all.”

Meanwhile, while no candidate was attractive enough to step into the shoes of “thou,” a word was born that would twist and turn on its way to success. It came from the terrifying near-success and utter defeat of the Gunpowder Plot, a scheme to explode 36 barrels of gunpowder under the House of Lords in London on Nov. 5, 1605, when Lords and Commons and bishops and other nobility and royalty gathered in that one room for the annual opening of Parliament. The arch-villain who nearly succeeded in blowing to bits hundreds of leading officials of King James’ Protestant government so that Catholics could take their place was an English Catholic gentleman and soldier named Guy Fawkes. He was in the basement under the House of Lords, ready to light the fuses, when a search party caught him just in time.

Soon his name was on everyone’s lips, as he was interrogated, tortured, tried, convicted and executed before the end of January 1606. But that wasn’t enough for the relieved legislators, who realized that they would likely have been killed if the Gunpowder Plot had succeeded.

That led to the pivotal moment in the history of “guy”: Parliament approved a “Fifth of November Act,” that is, “An act for publick thanksgiving to Almighty God every year on the fifth day of November.” The new holiday would feature special religious services during the day and bonfires at night, lighting fires to mock the man who hadn’t succeeded.

In the fires they burned effigies of the Pope, Guy Fawkes and other archenemies of the moment. They referred to the effigies of Fawkes as “guys.” And then some people began to use “guys” to refer to actual people: men of the lowest and most depraved kind. This was early in the 18th century, more than 200 years ago.

Scarcely anybody noticed, but speakers and writers then began to view “guys” (not Guy) more positively. “Guys” began to shift meaning, to become a term for working-class men, then every human male, from baby boys to ancient men. Speakers and writers found it useful to have a generic term that didn’t require differentiating among categories of males.

Then by the middle of the 20th century, women began using the word too. They increasingly used “you guys” when addressing others in the plural, regardless of gender. More and more speakers unconsciously voted for “guys,” till that was that: it was the people’s choice.

In recent years, some concerned citizens have pushed back against the idea that it’s an egalitarian term, embracing us all—and it is of course possible that language could once again change. But regardless of our reasons, until an alternative gets enough votes to replace it, “guys” will retain the top spot in the second person plural domain of the English language.

Allan Metcalf is the author of The Life of Guy: Guy Fawkes, the Gunpowder Plot, and the Unlikely History of an Indispensable Word, available now from Oxford University Press. 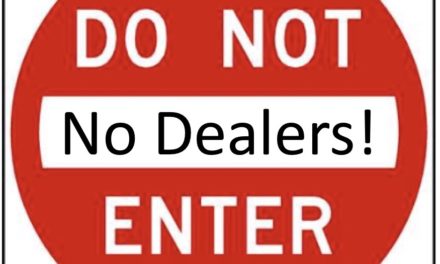