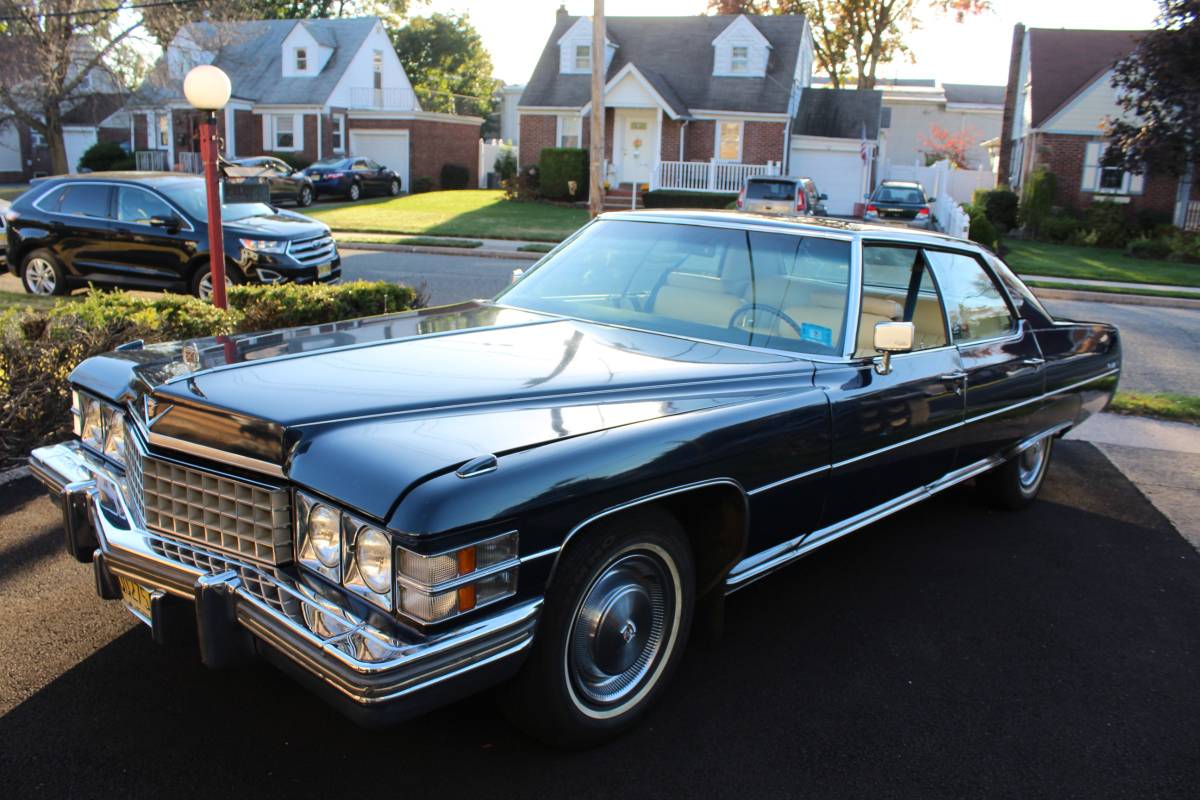 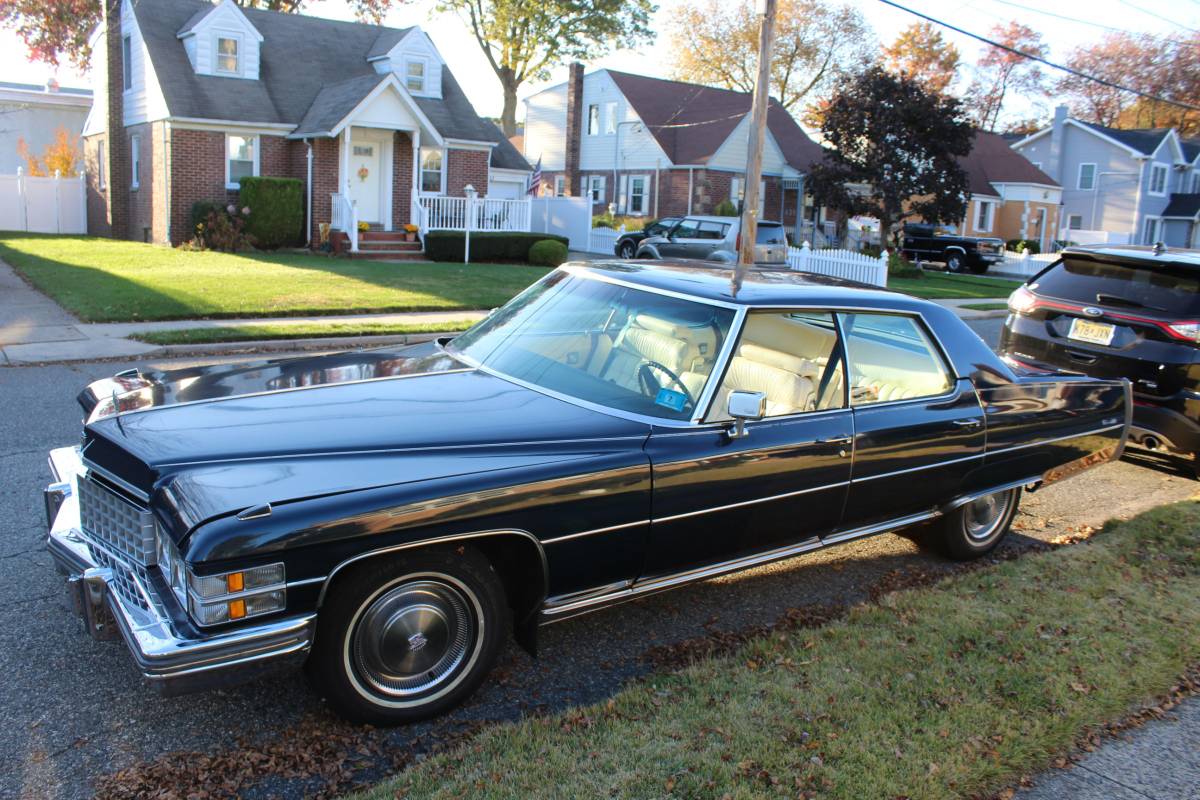 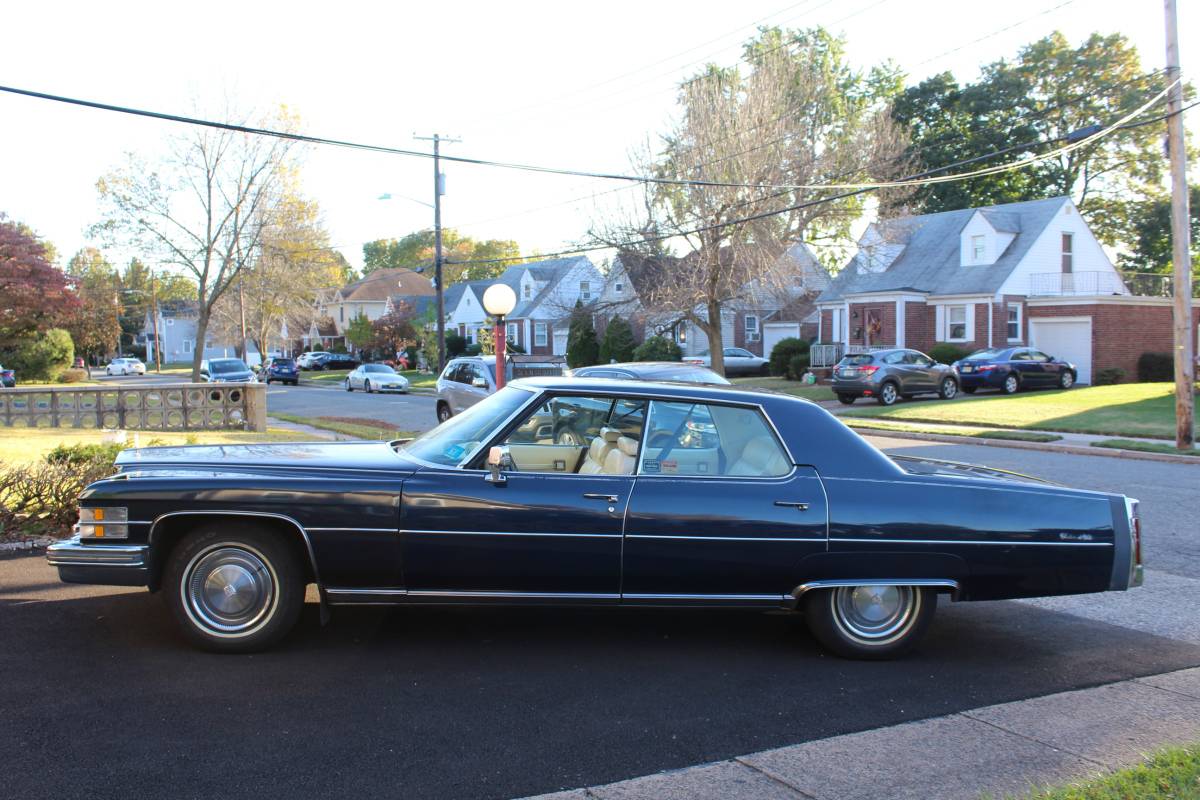 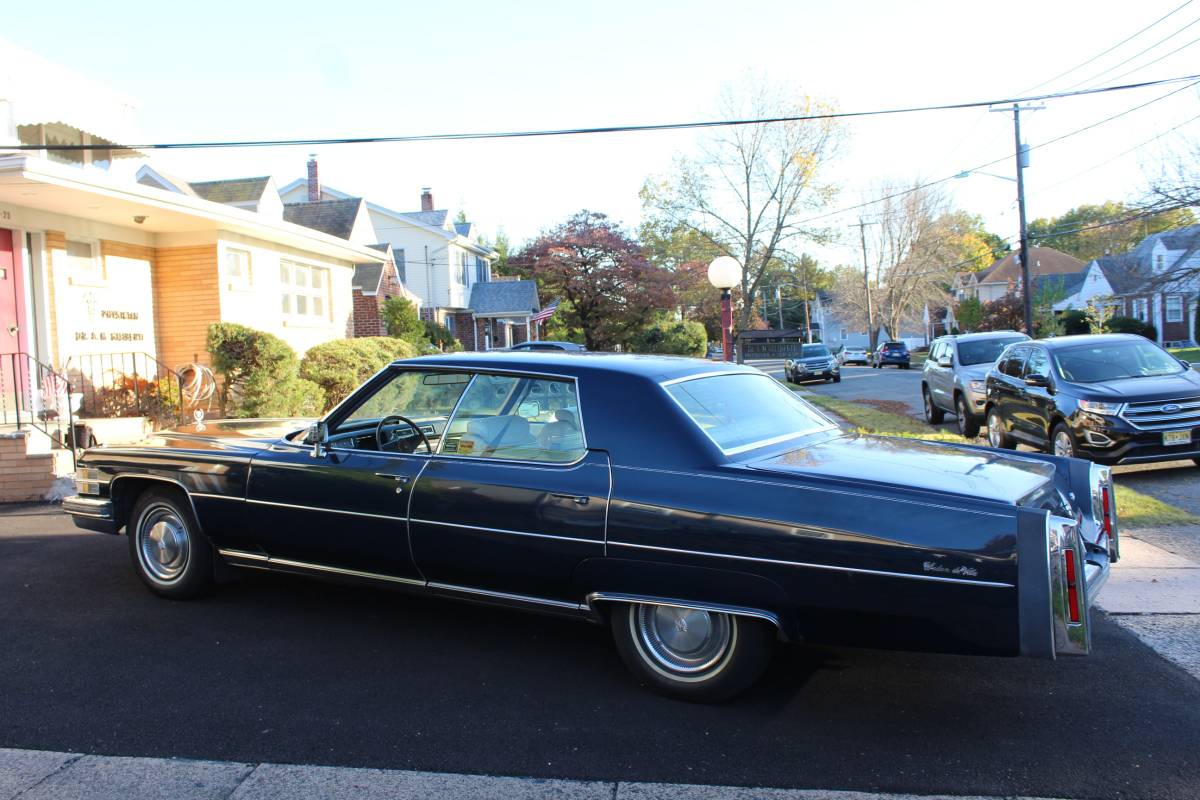 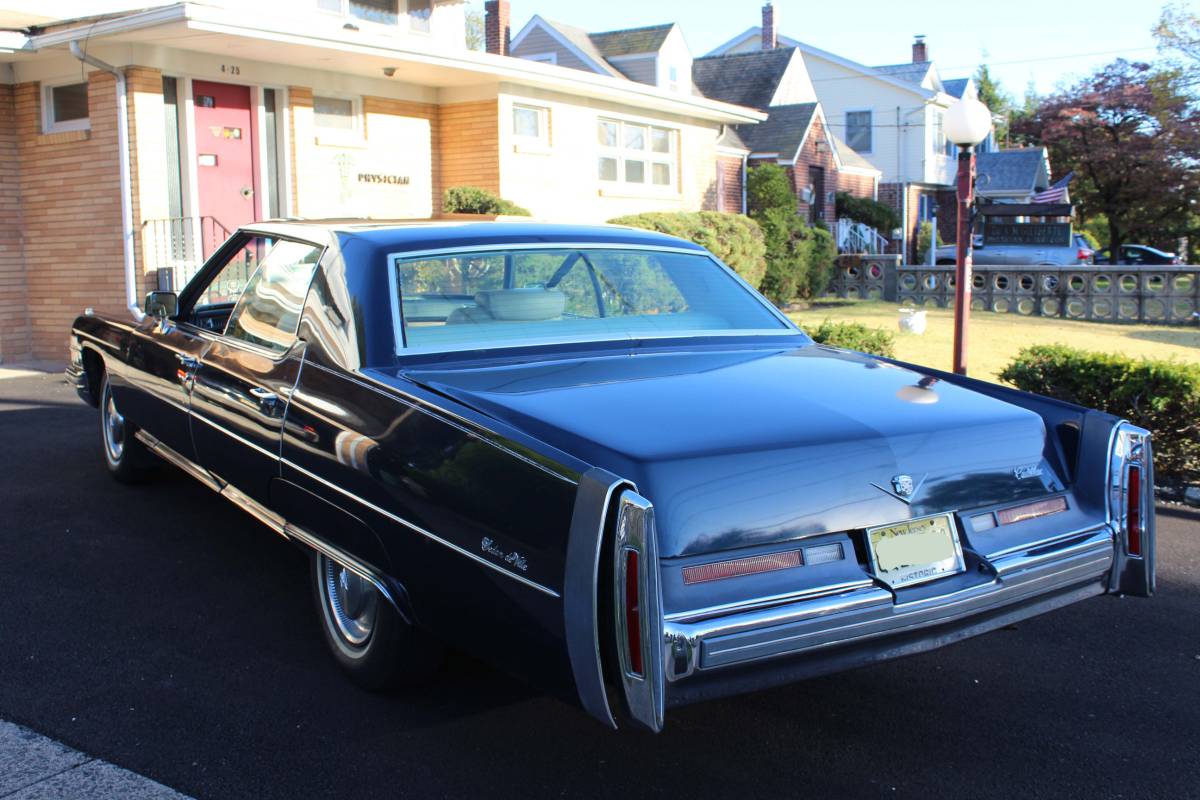 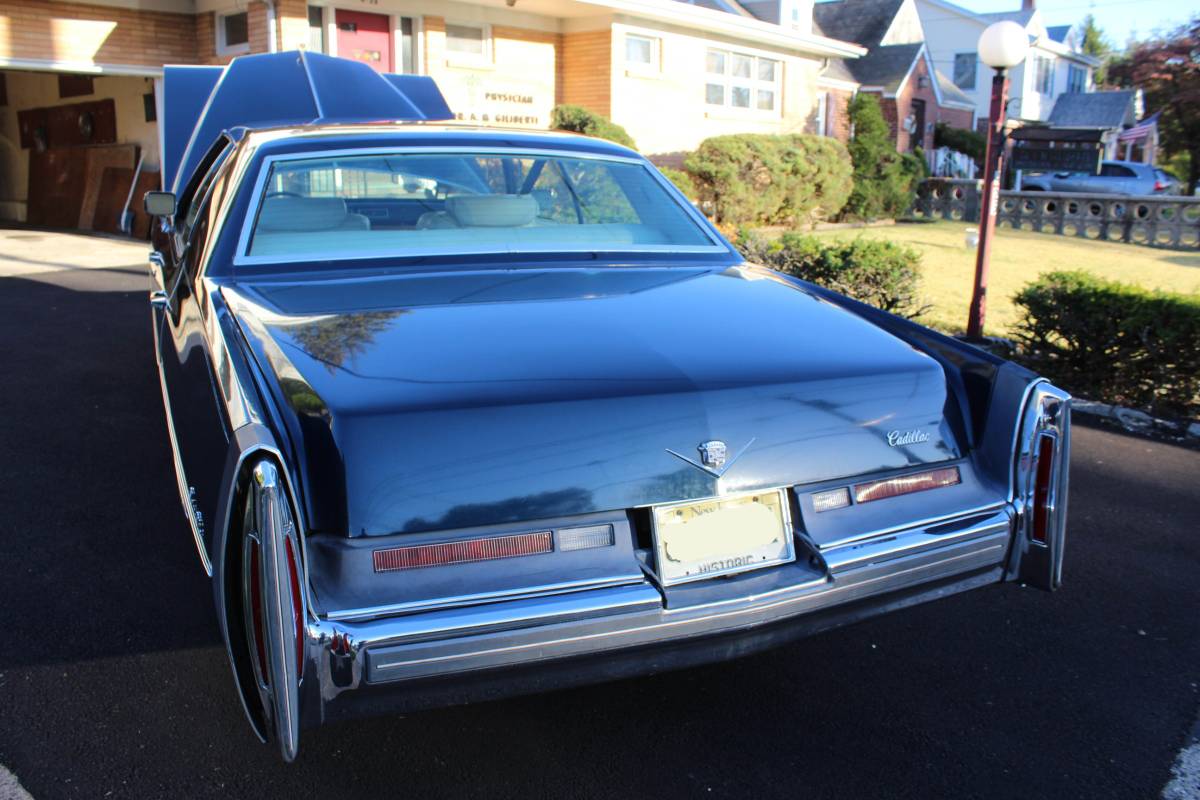 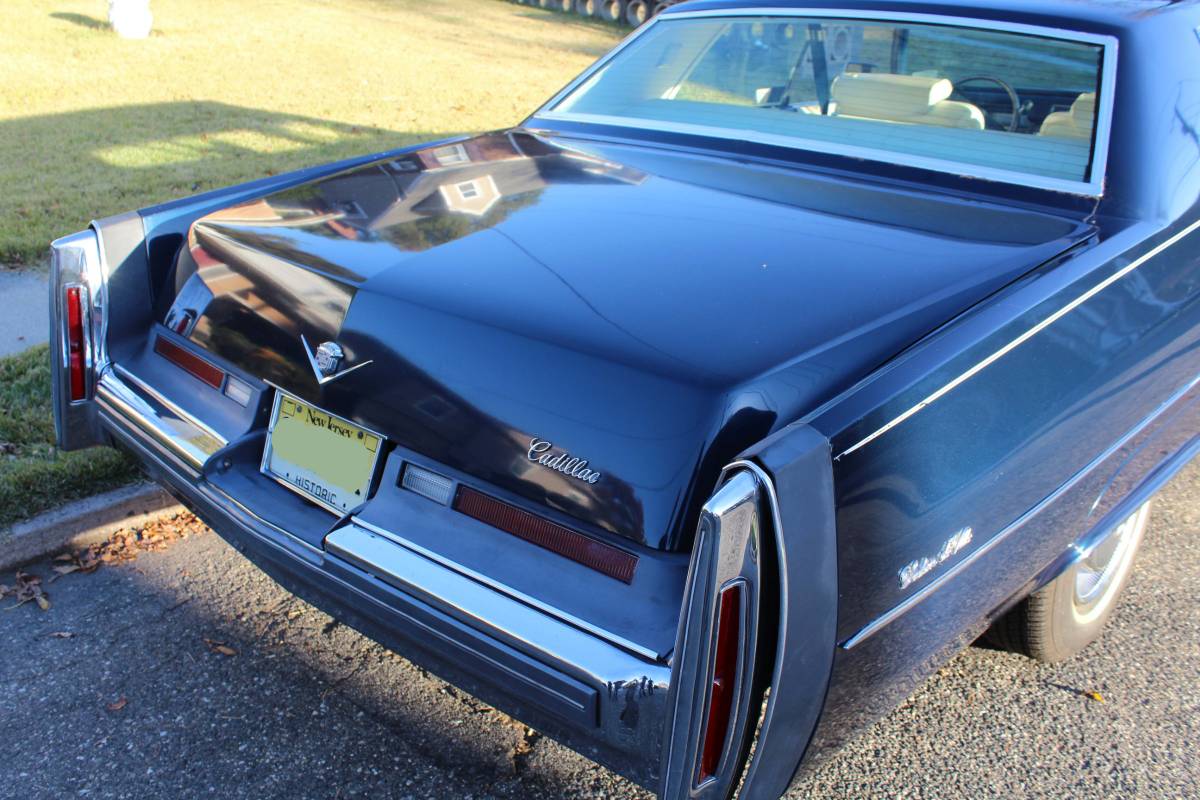 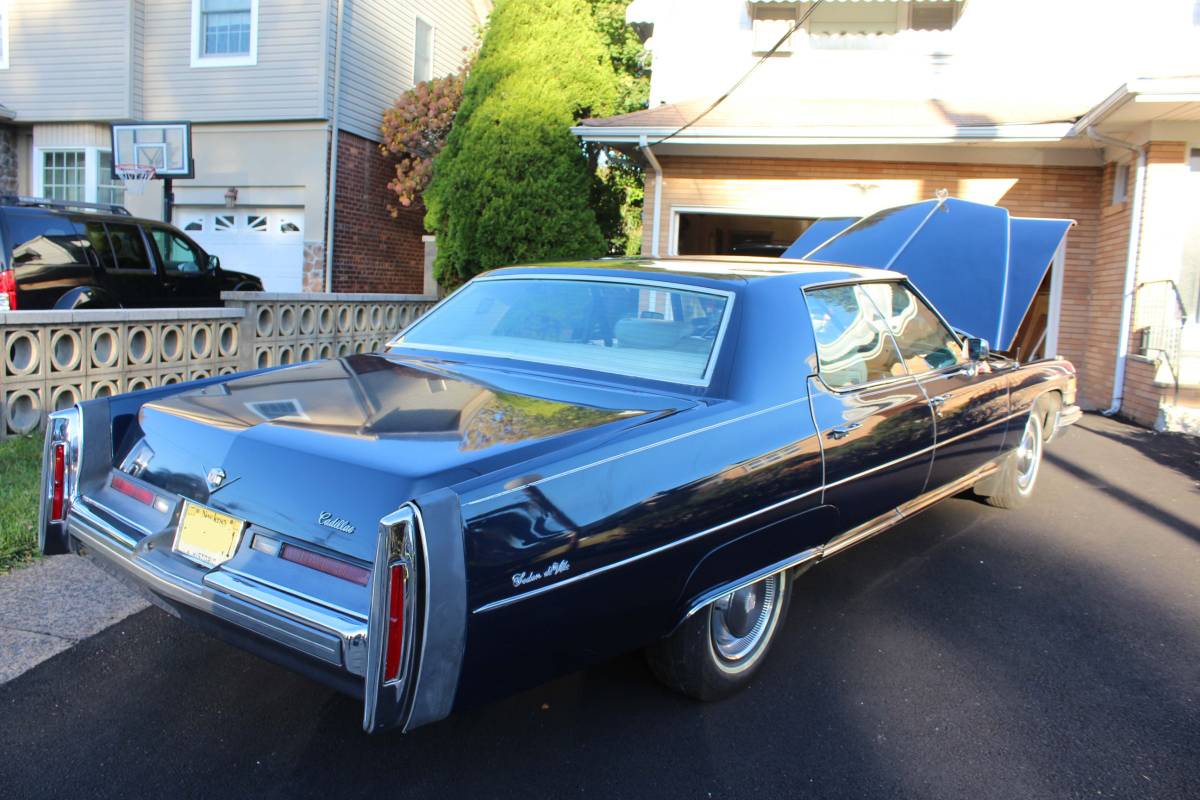 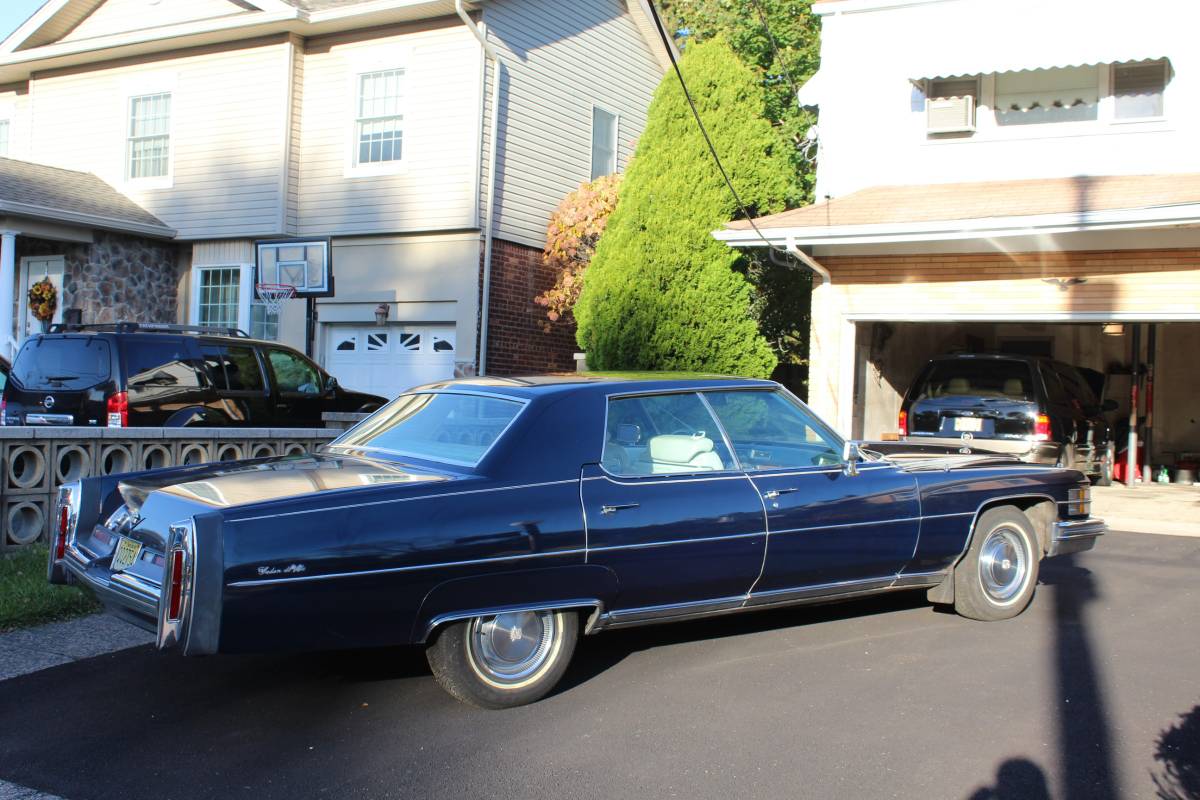 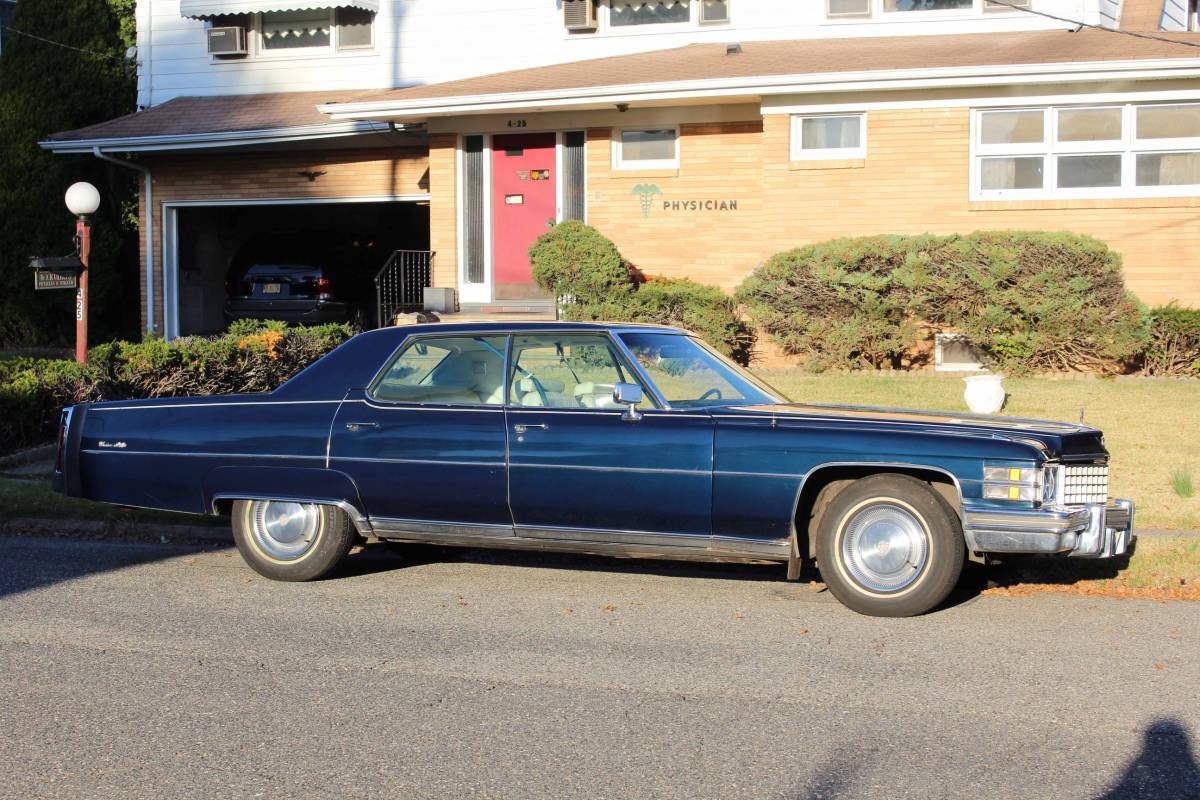 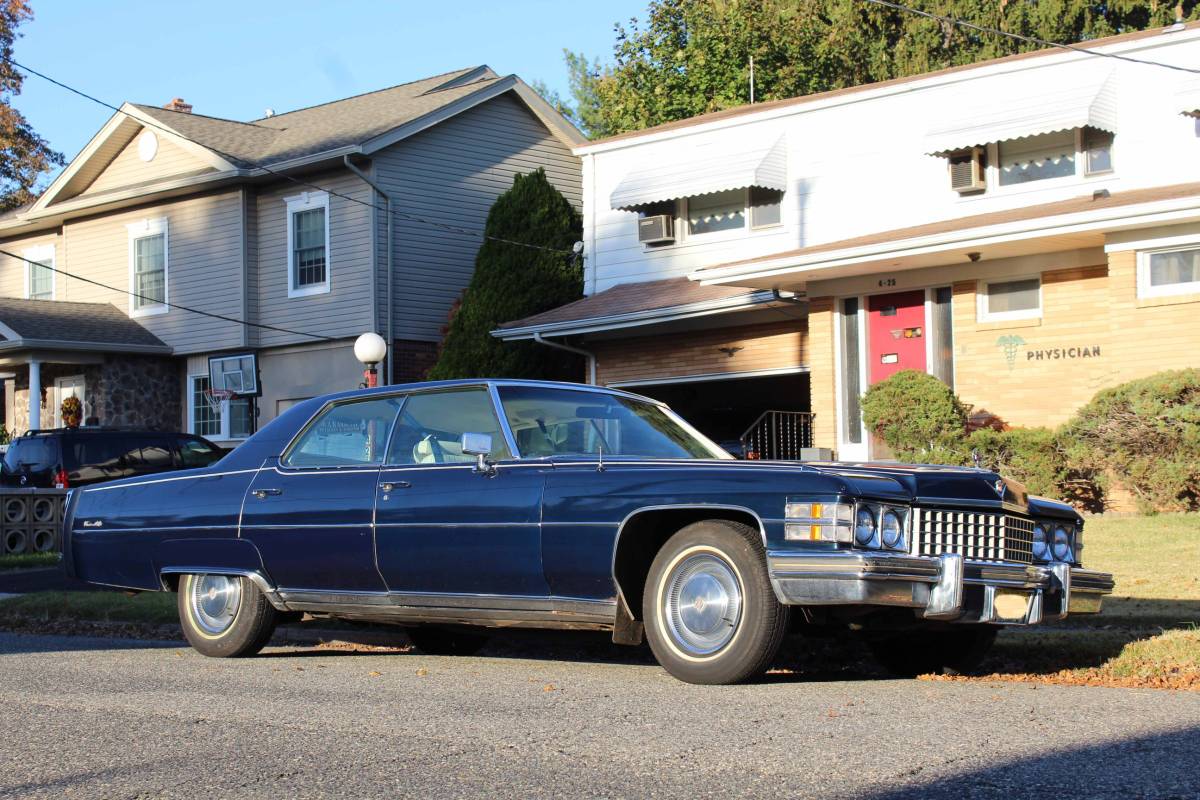 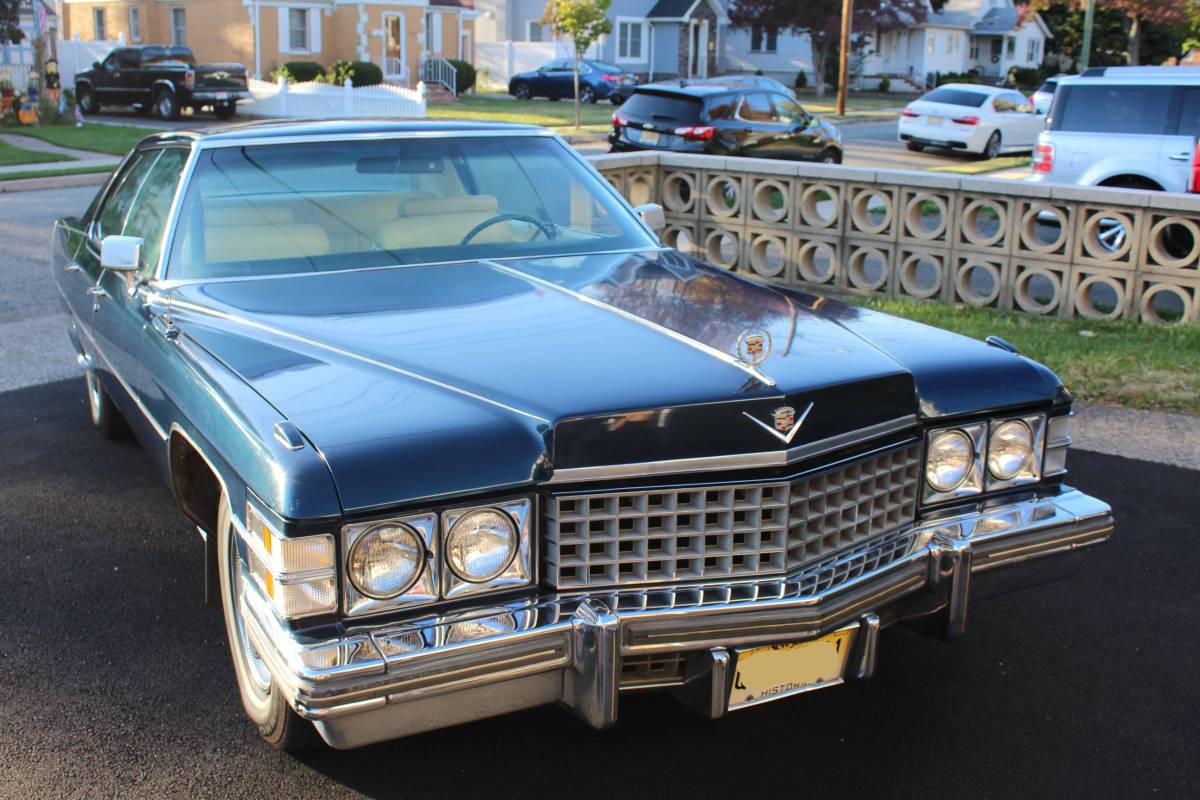 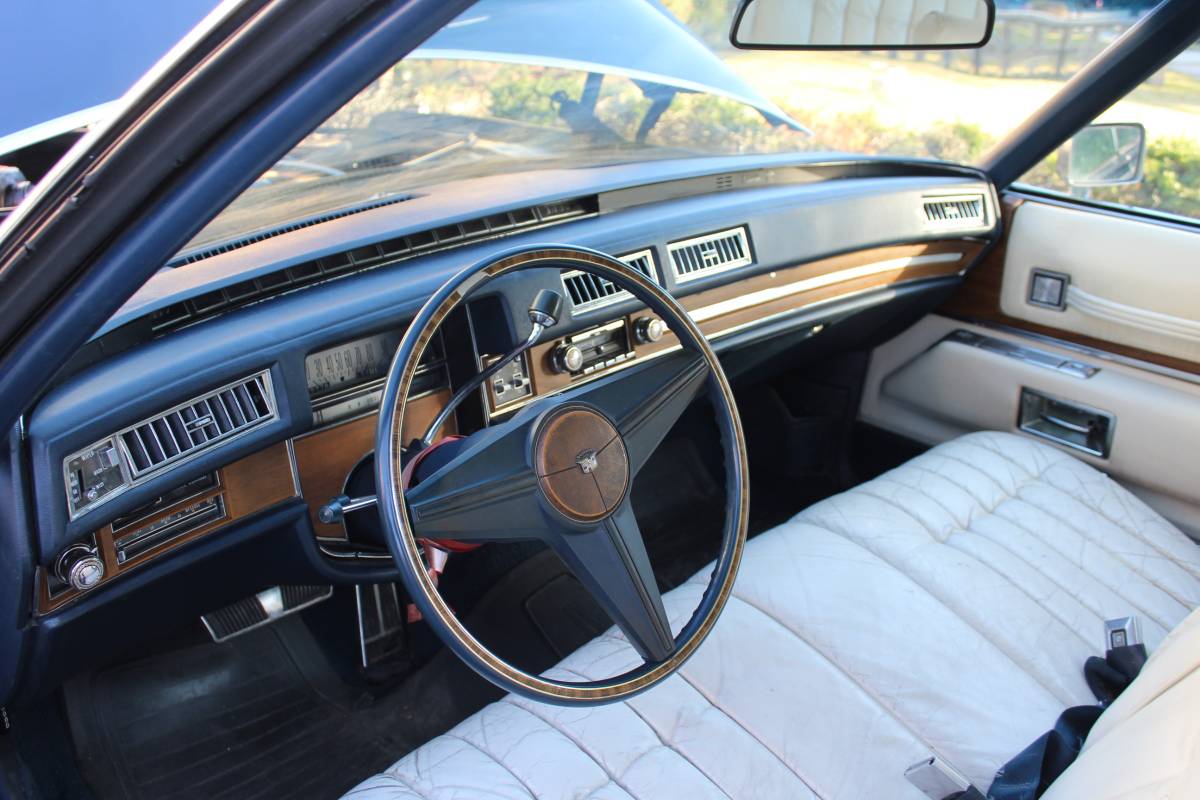 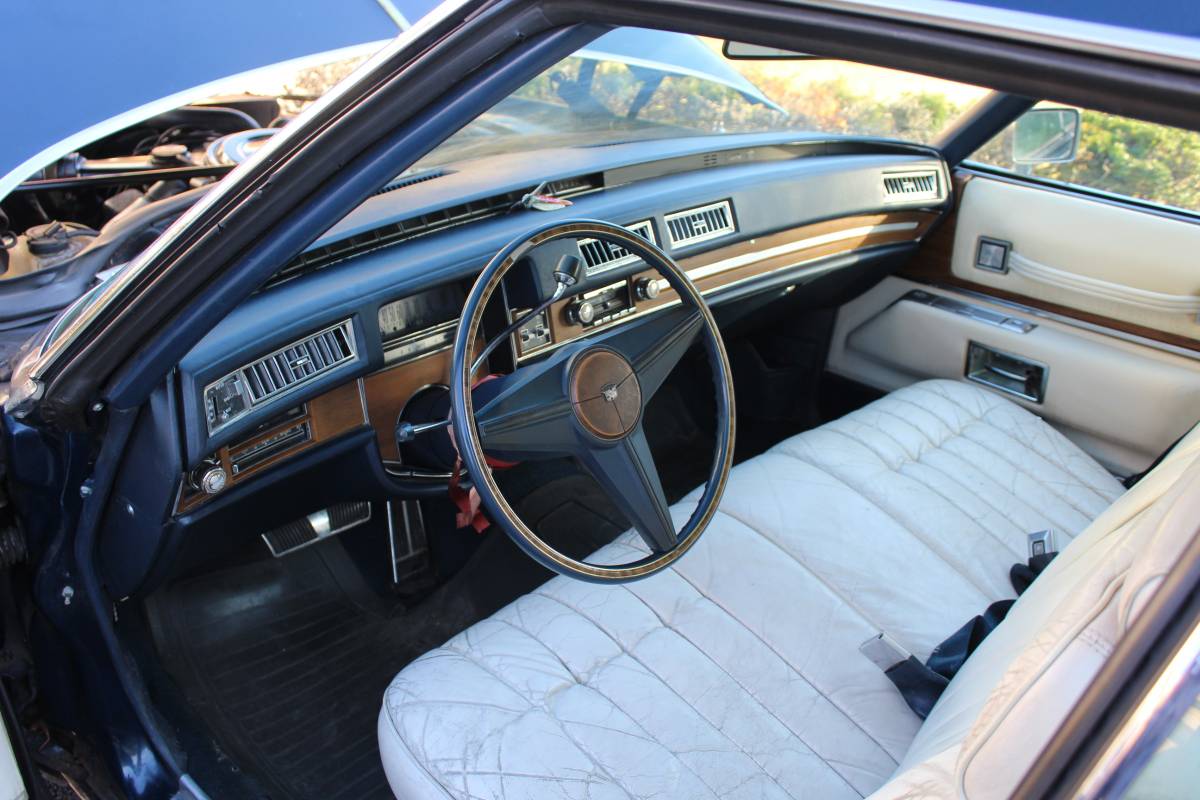 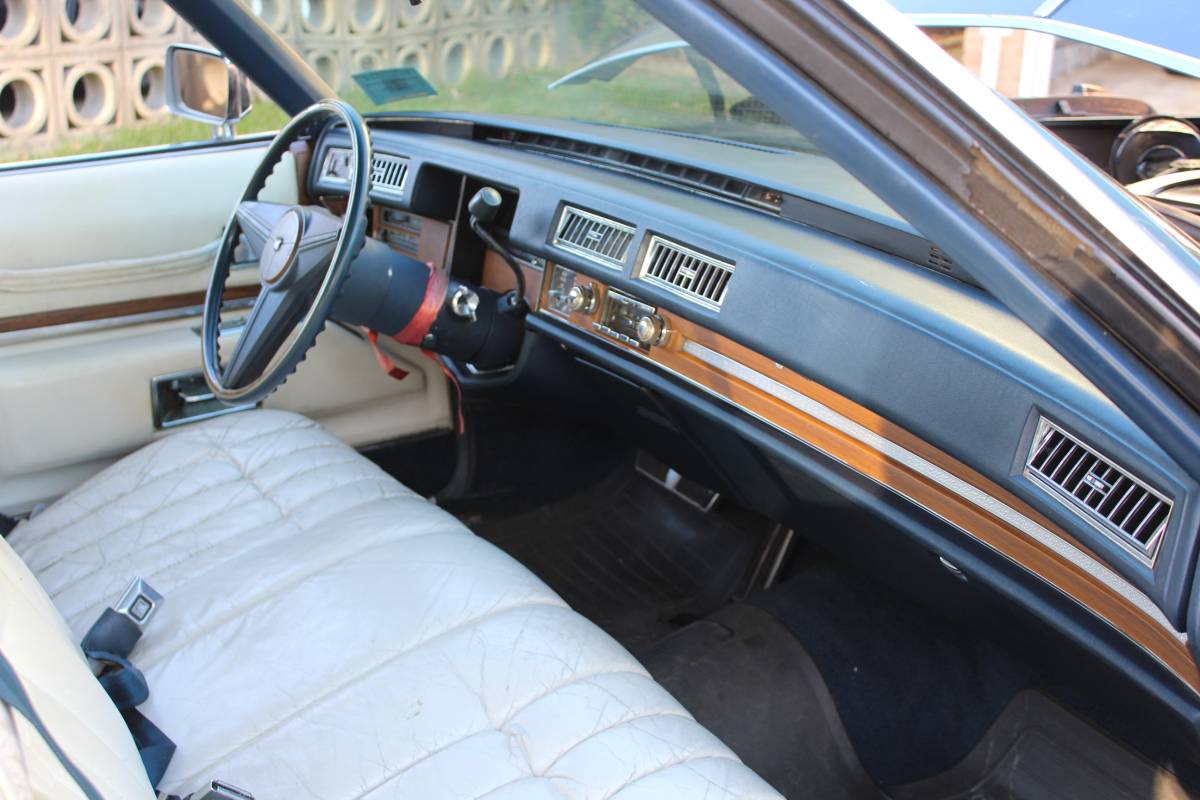 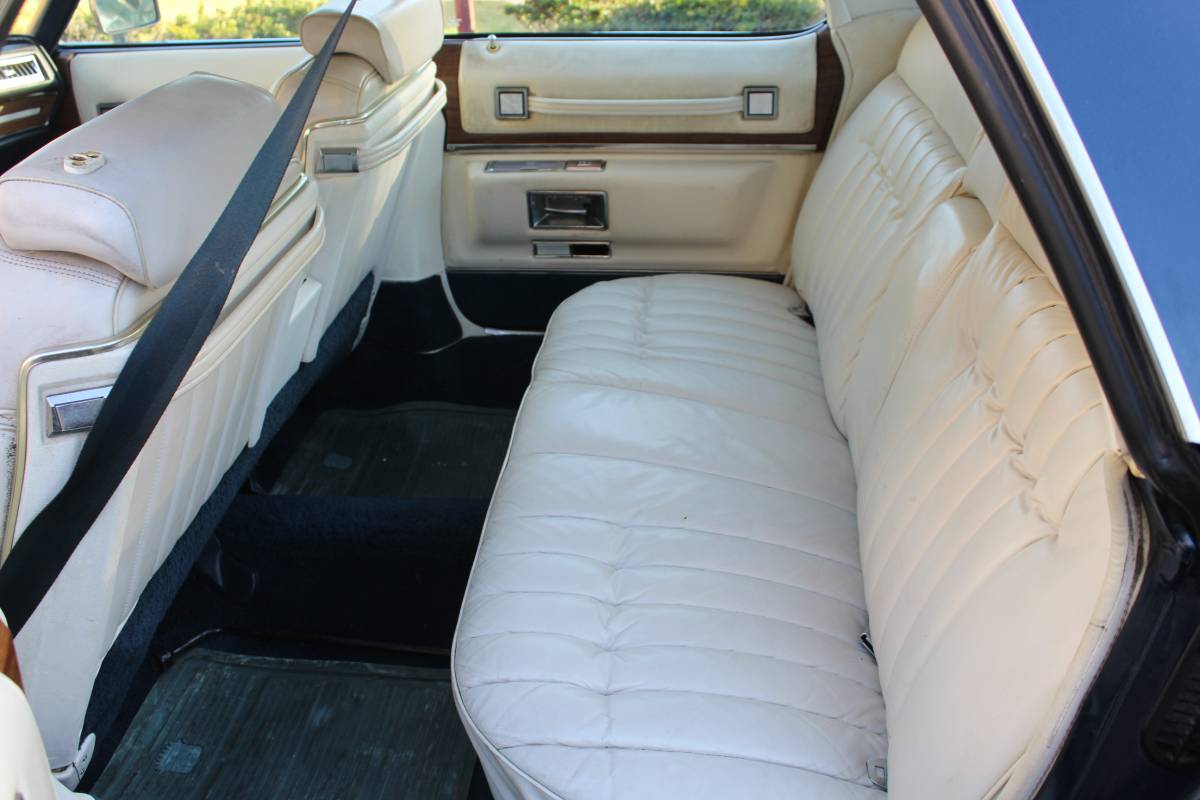 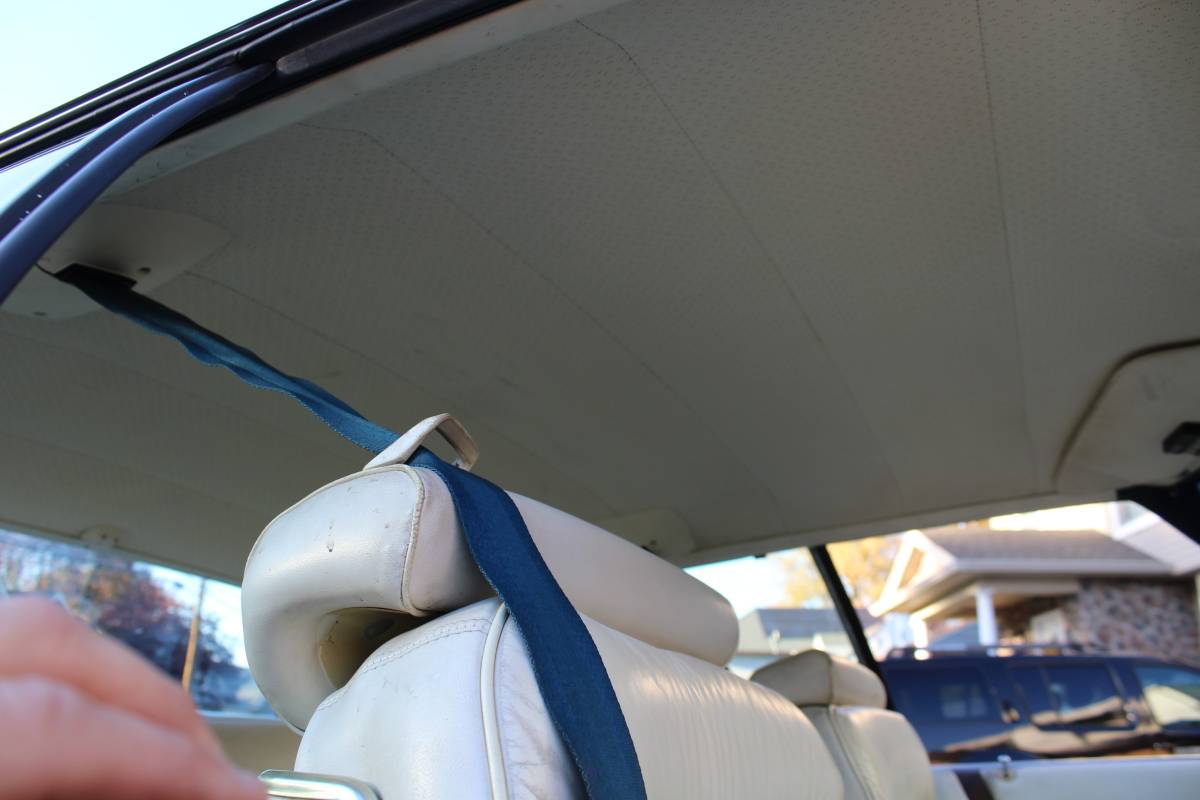 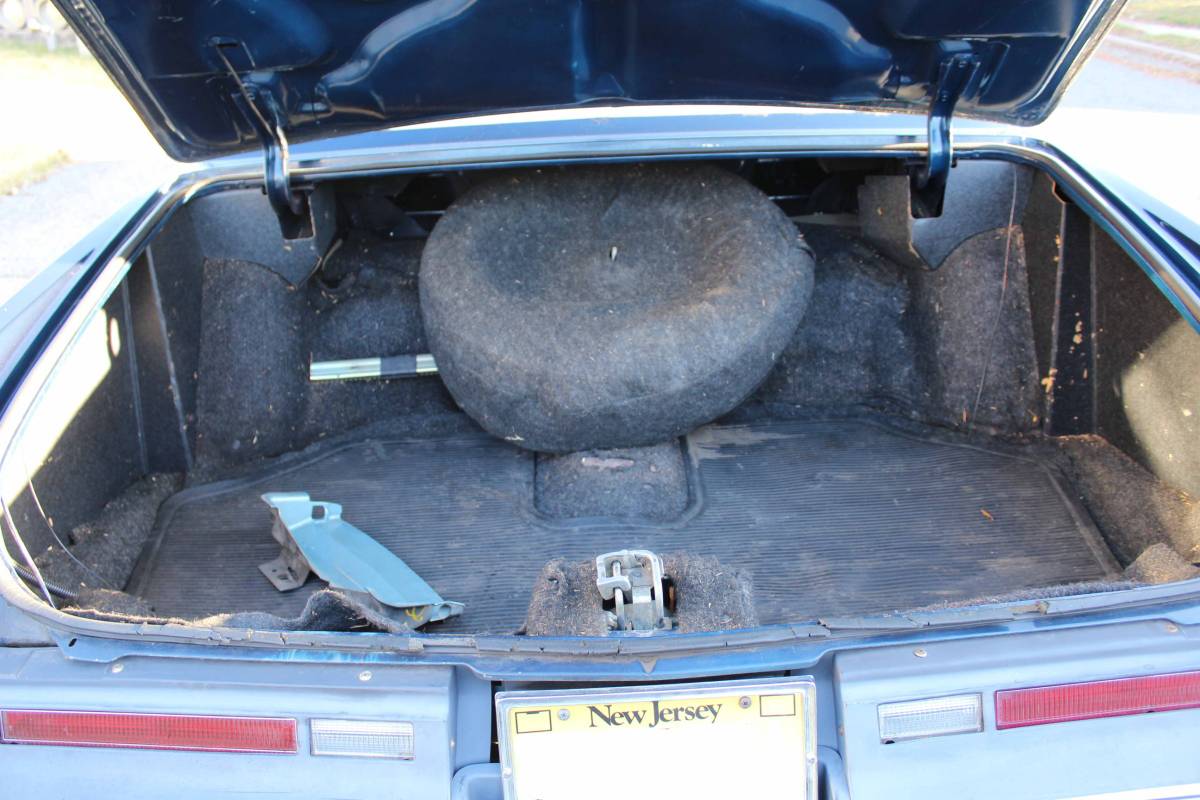 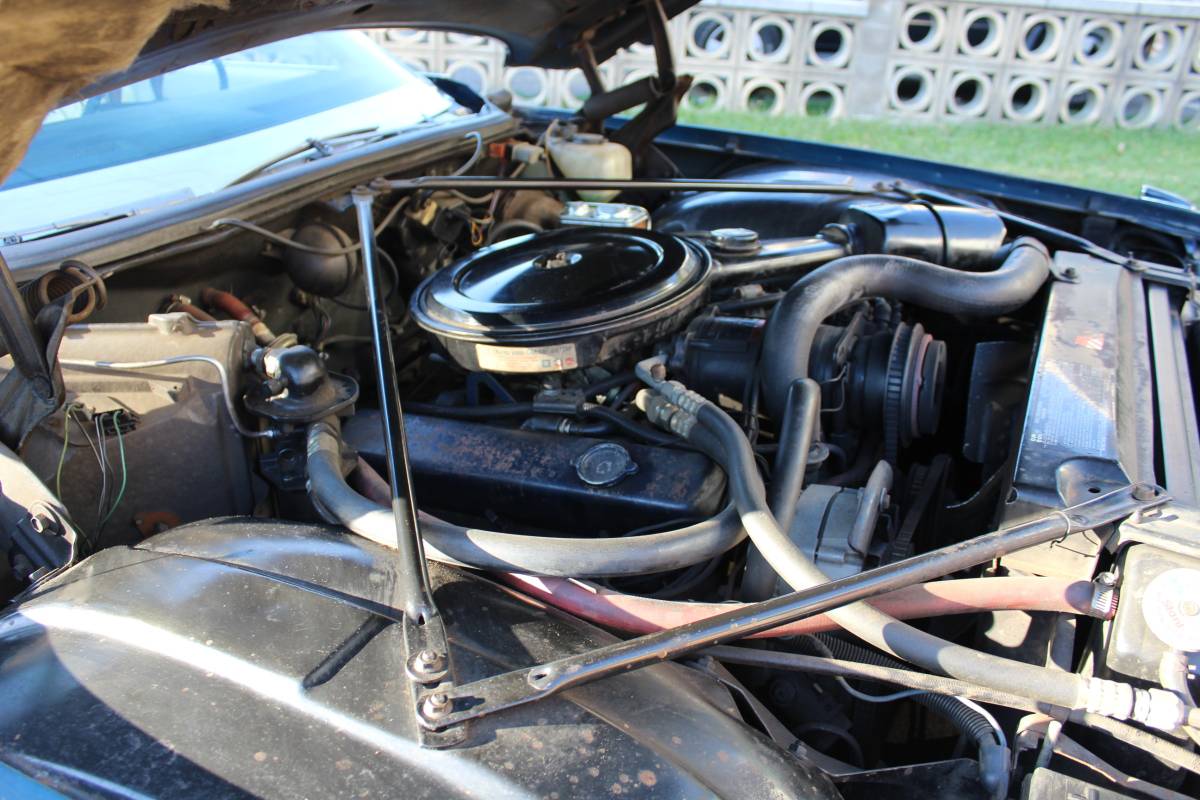 We never ceased to be amazed by the low-mileage, on-owner survivor cars that continuall pop up regularly between the New York City and Philadelphia area.  The latest is this 1974 Cadillac Sedan DeVille hardtop here on Craigslist in Fairlawn, New Jersey where the son of the original owner has it listed for $4,200 or best reasonable offer. Using the Hagerty Insurance Online Valuation Tool shows that the son has his dad’s Caddy smartly priced $200 below the #4 “Fair” (Daily Driver) level of $4,400.  With a such a good price on a 73K original mile, unmolested car, we predict this car will sell quickly. If you are serious about buying this land yacht, you can contact the seller Lou directly by calling or texting him at (201) 417-2785.

While 1974 represents the last year of non-catalytic-converter-equipped GM passenger cars, these model year cars came with a federally mandated interlock that prevented cars from starting unless the front seat passengers buckled their seat belts.  The crudely designed systems were rushed to market and consequently, they weren’t very reliable.  Our hunch is that the interlock on this Caddy has long since been defeated in some way, so comment below if you find confirm that is the case.

The son of the original owner mentions his dad is now 90 and can no longer drive the land yacht he’s owner for the past 45 years, or half of his life by our math.  He also reports its been garage kept and only used on weekends.  While normally we might think that to be a dubious claim, the pictures show this car photographed in front of a home-based physician’s office, so its quite plausible the original owner never left his practice during the week.  The son reports his father’s Sedan DeVille has a nice patina that is in “good working order.”  The only thing noted is the air conditioning may need Freon;  with that refrigerant long gone, you’ll need to plan on having the car converted to R-134A.  If you’re looking for a great candidate to enter the Antique Automobile Club of America’s (“AACA”) “Preservation Class Original Features” , this Cadillac represents a great example for not a lot of money that has a strong chance of helping you win a “Junior” award.  Good luck with the purchase! 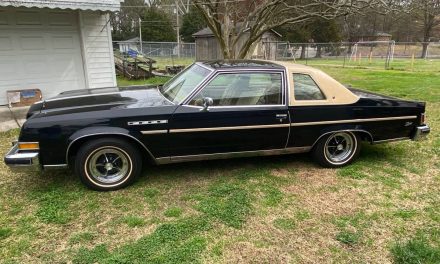 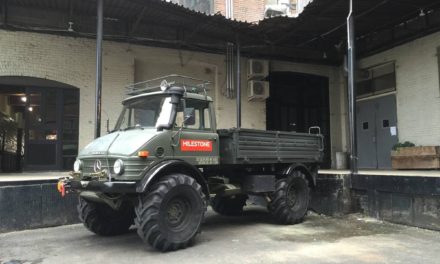 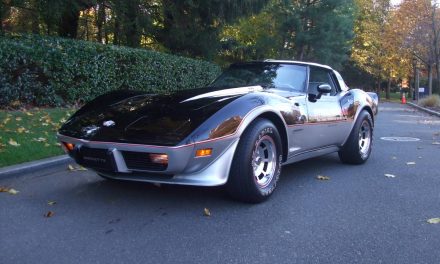 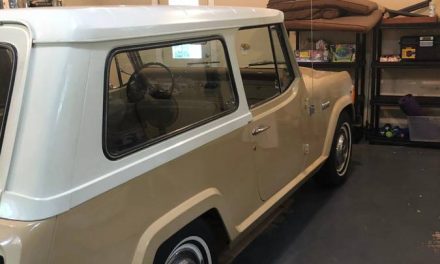