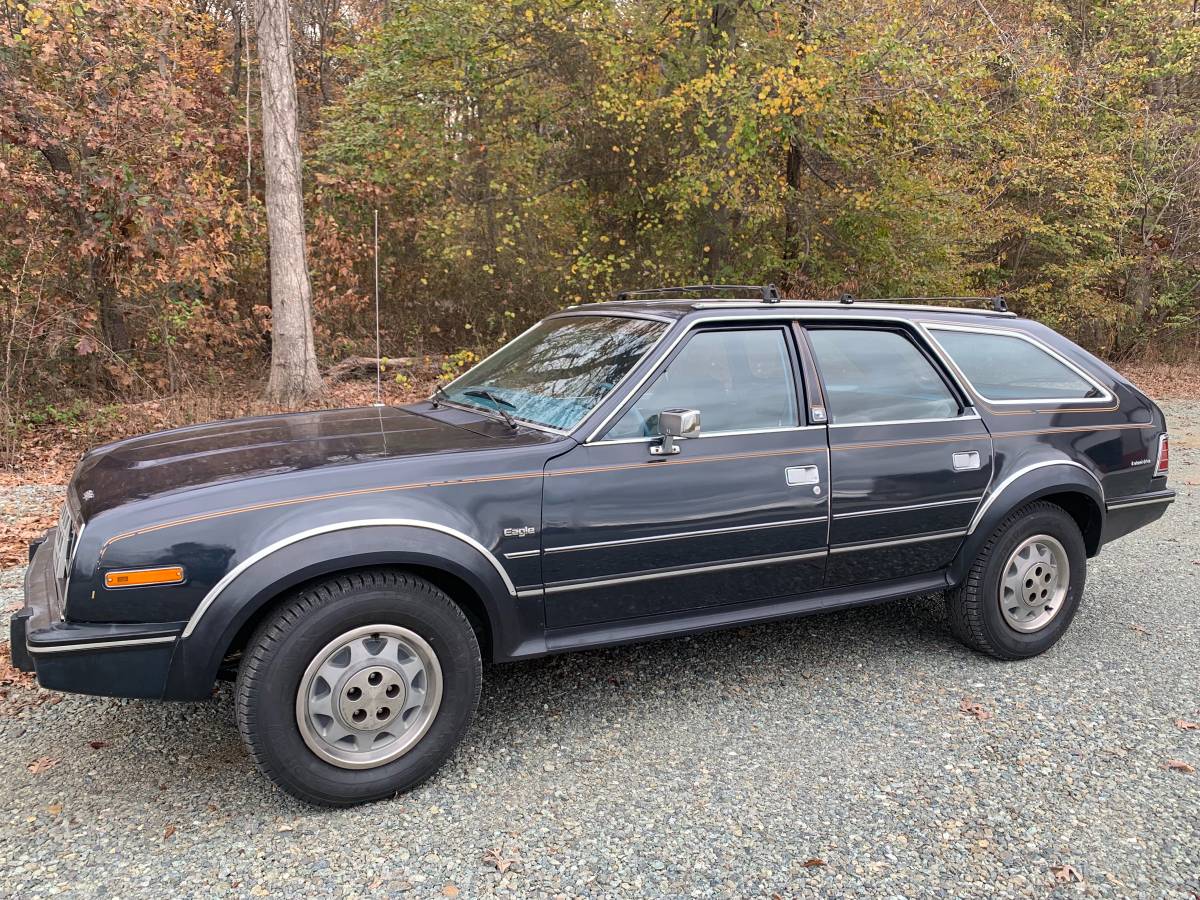 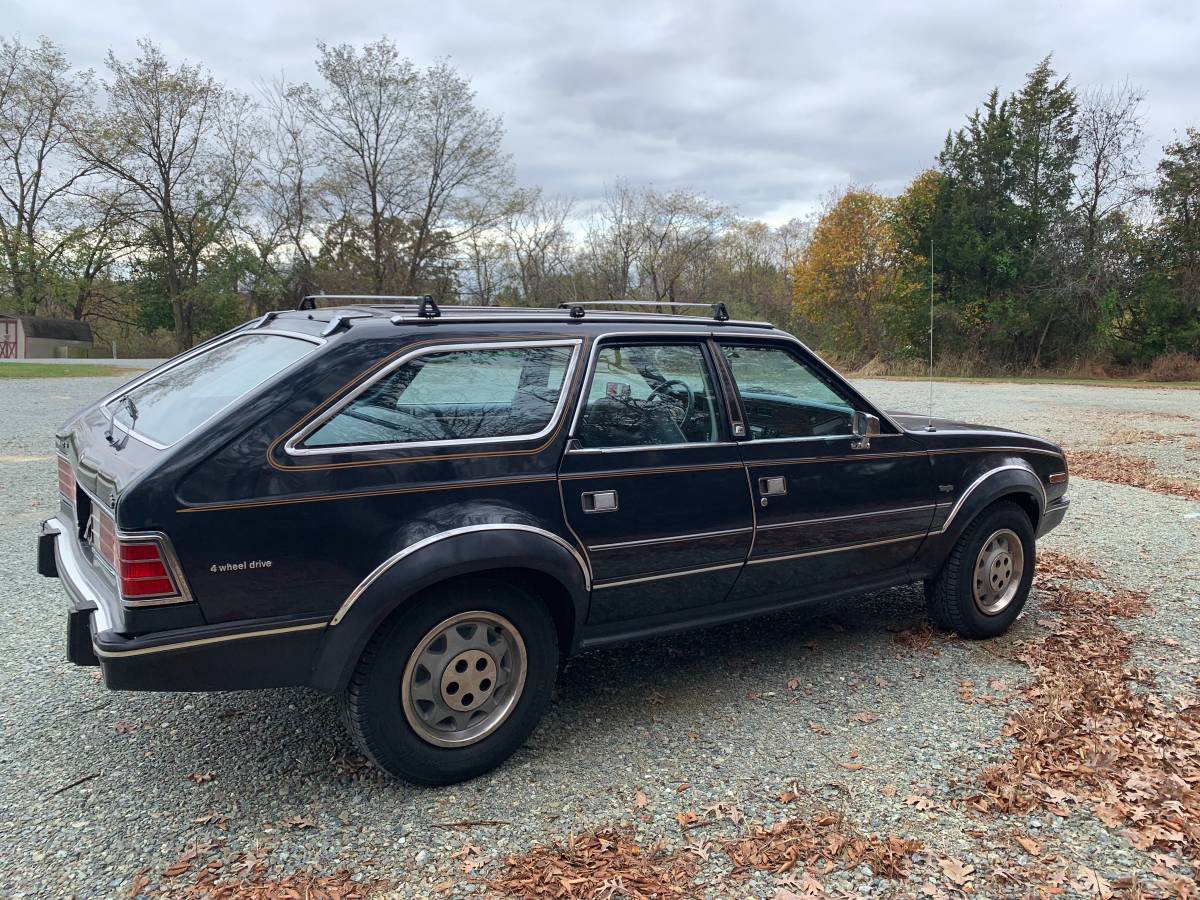 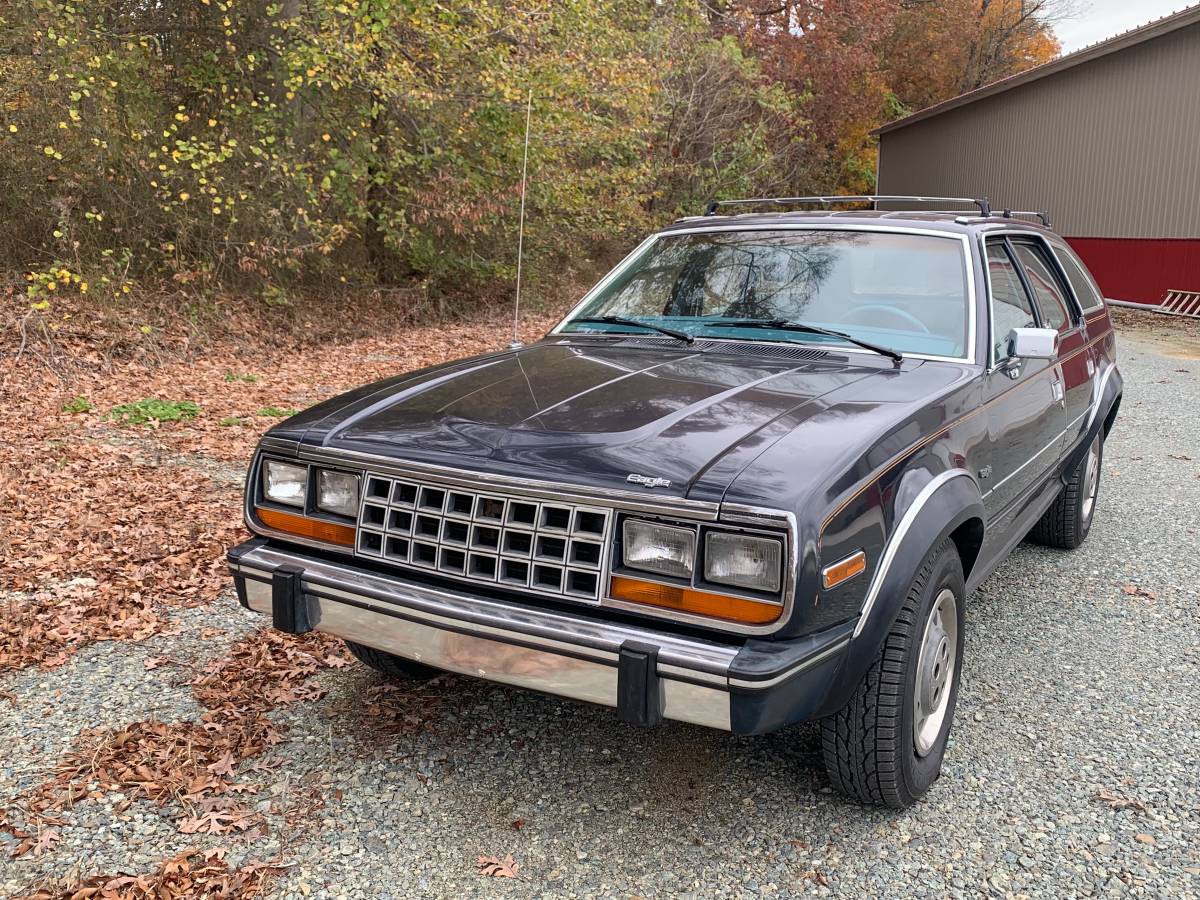 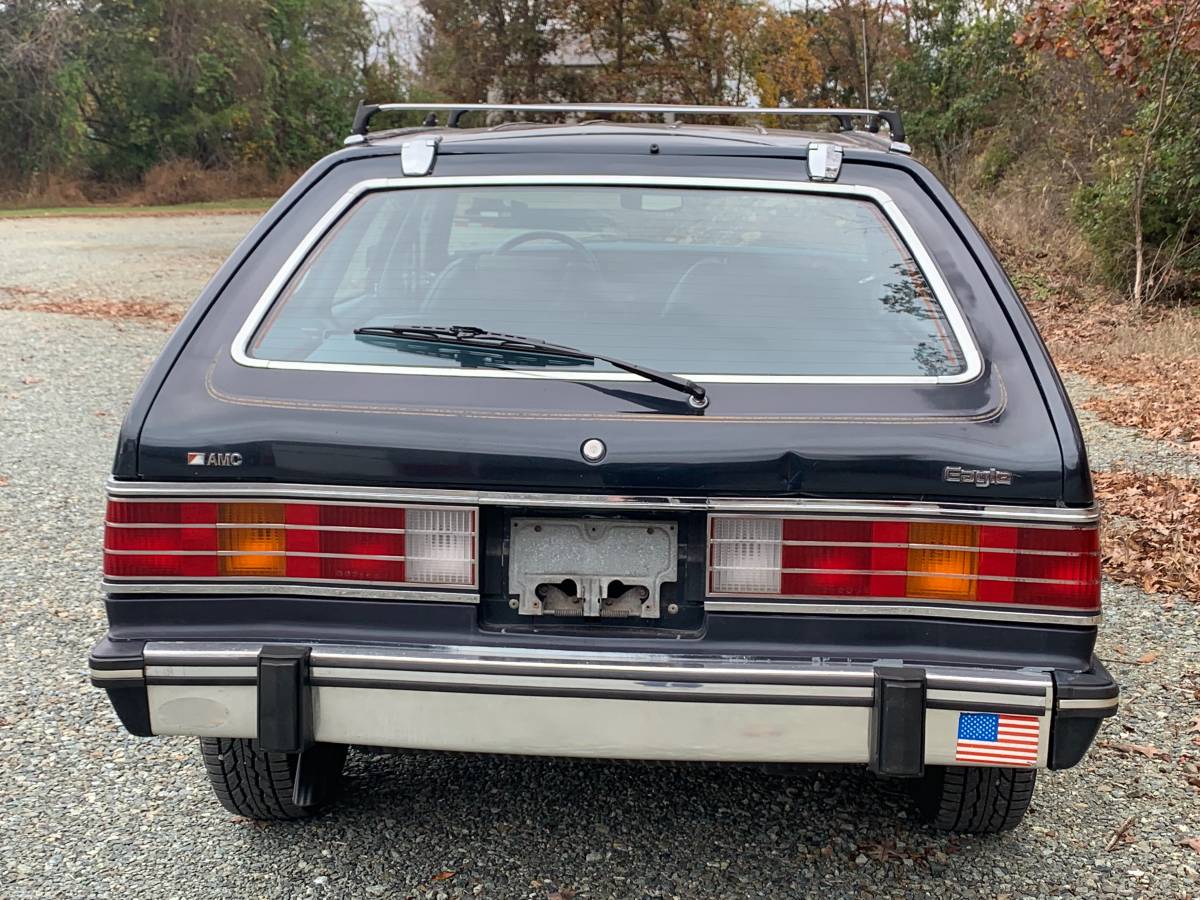 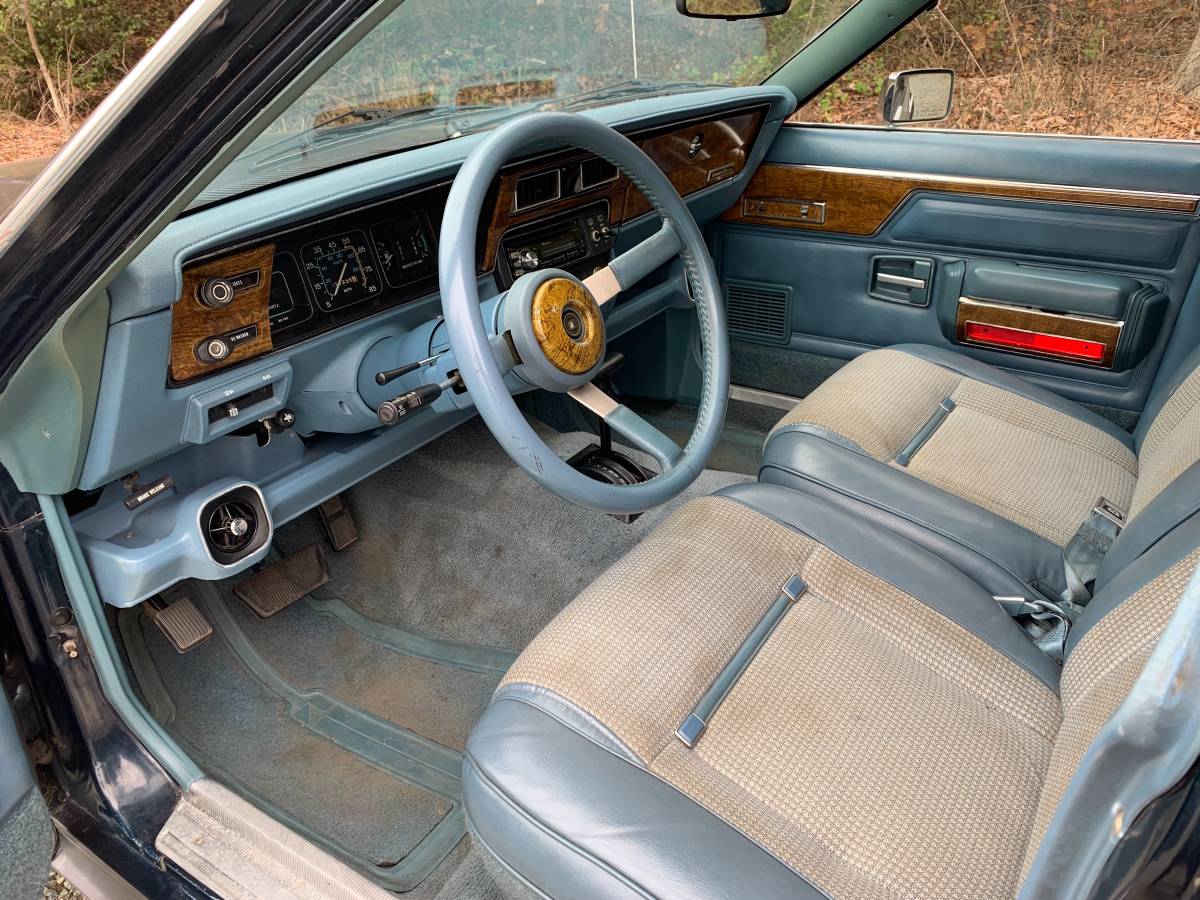 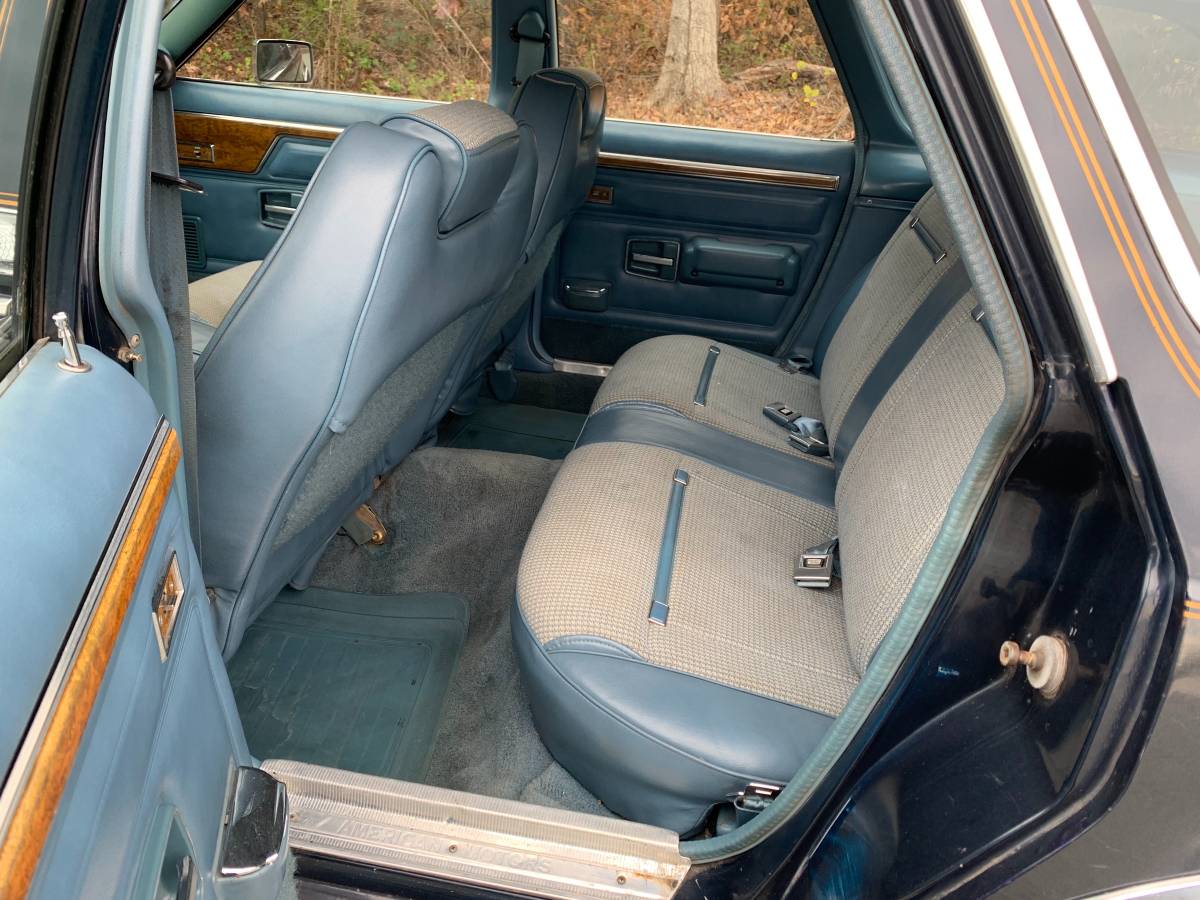 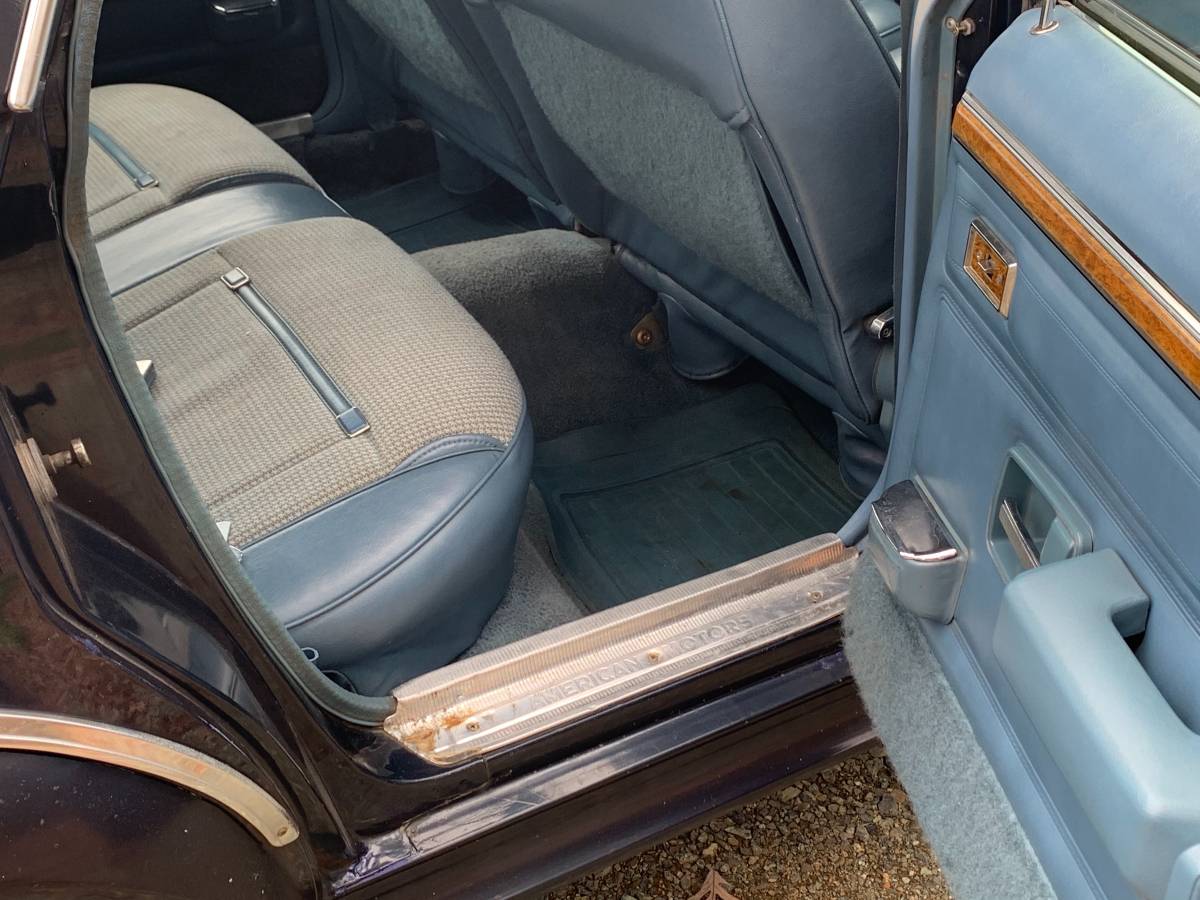 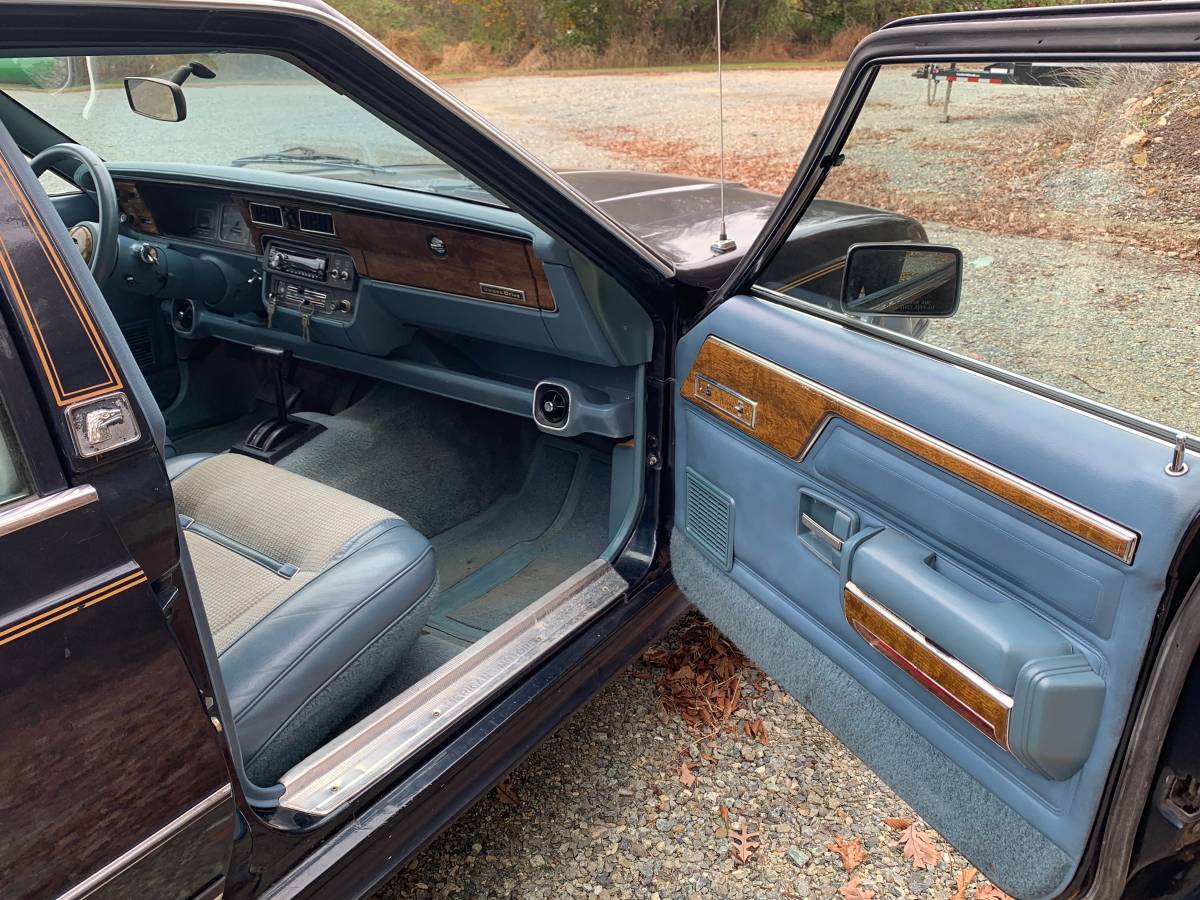 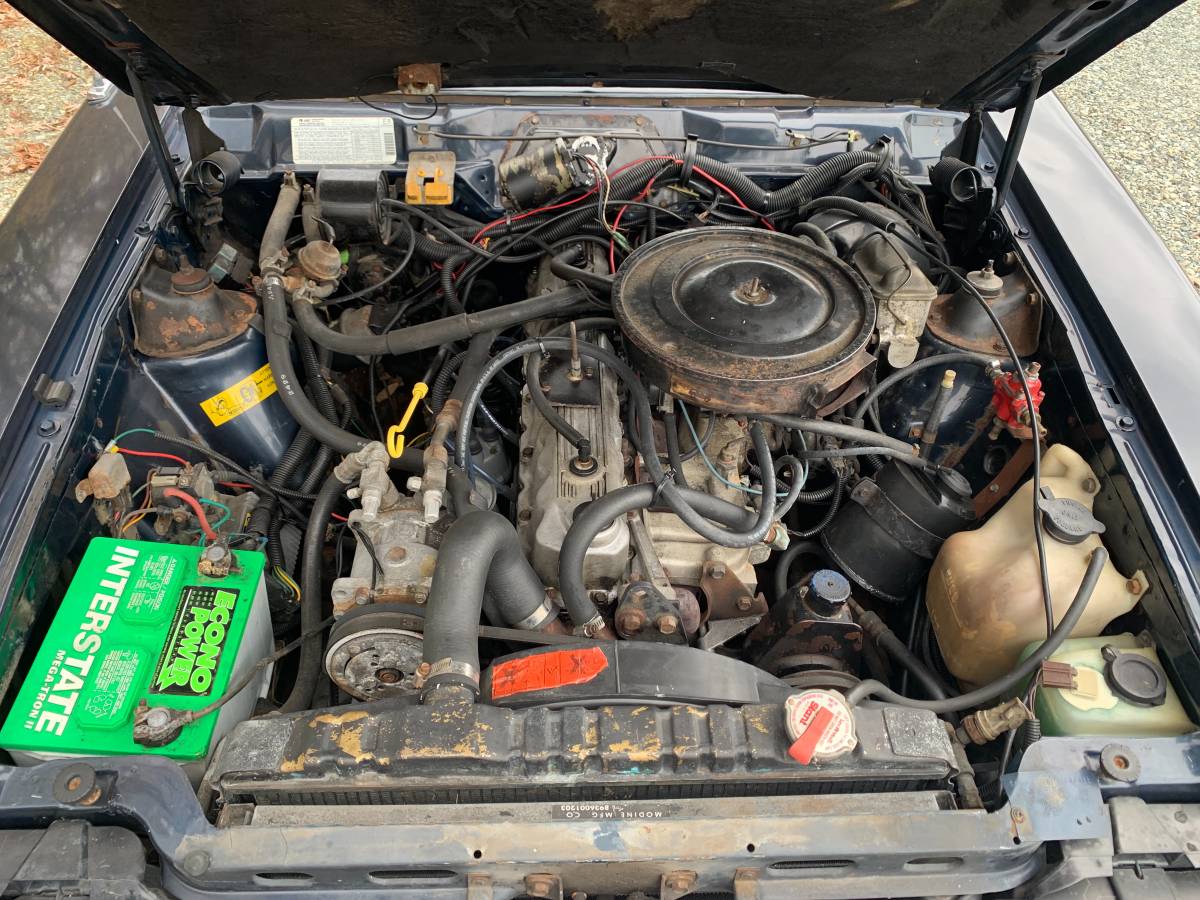 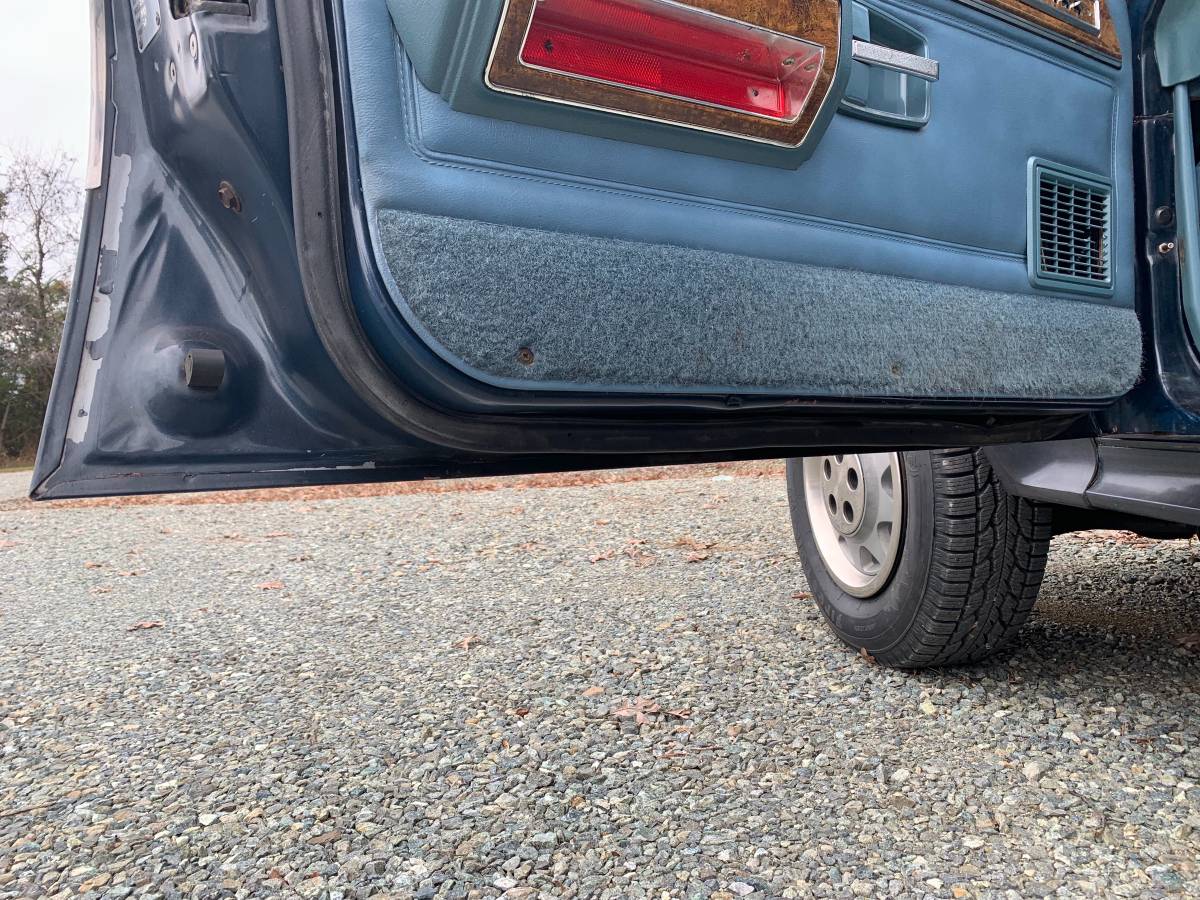 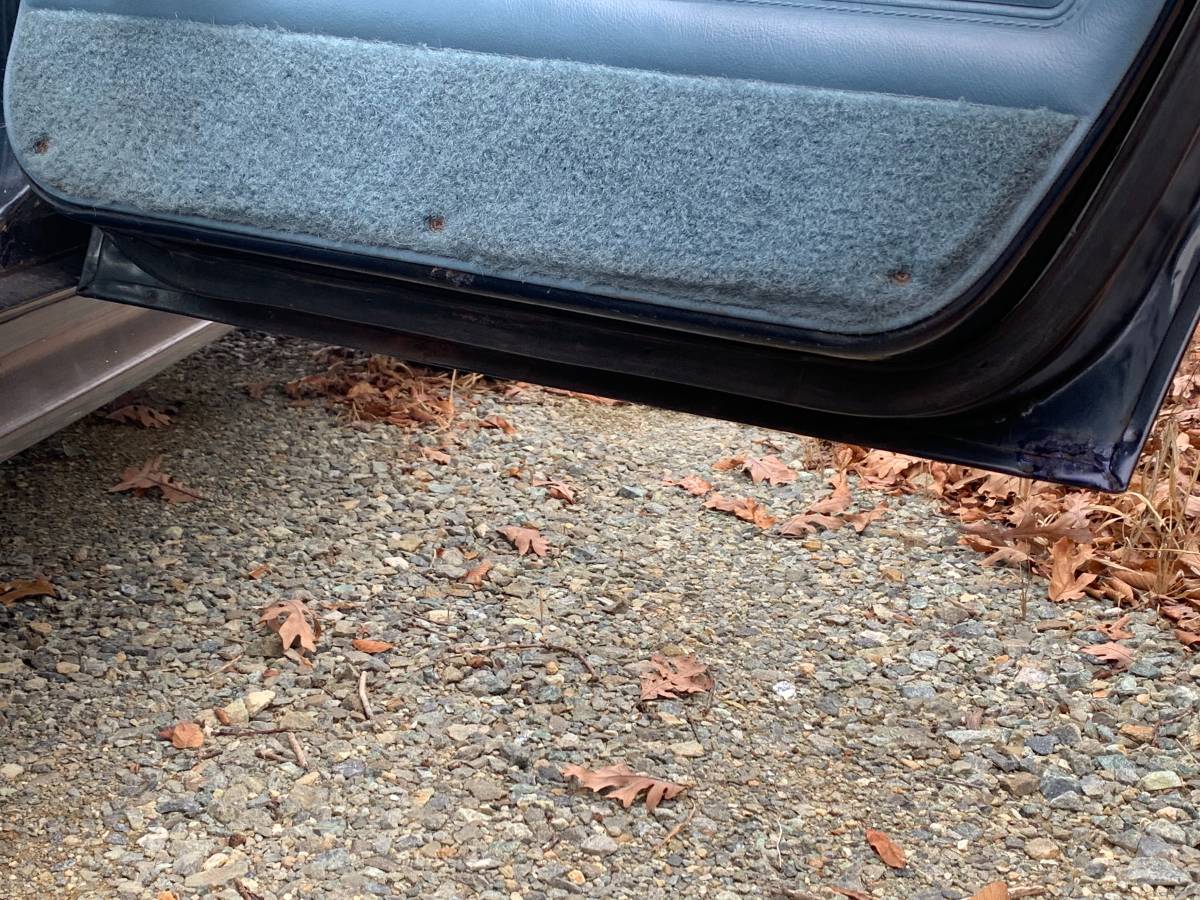 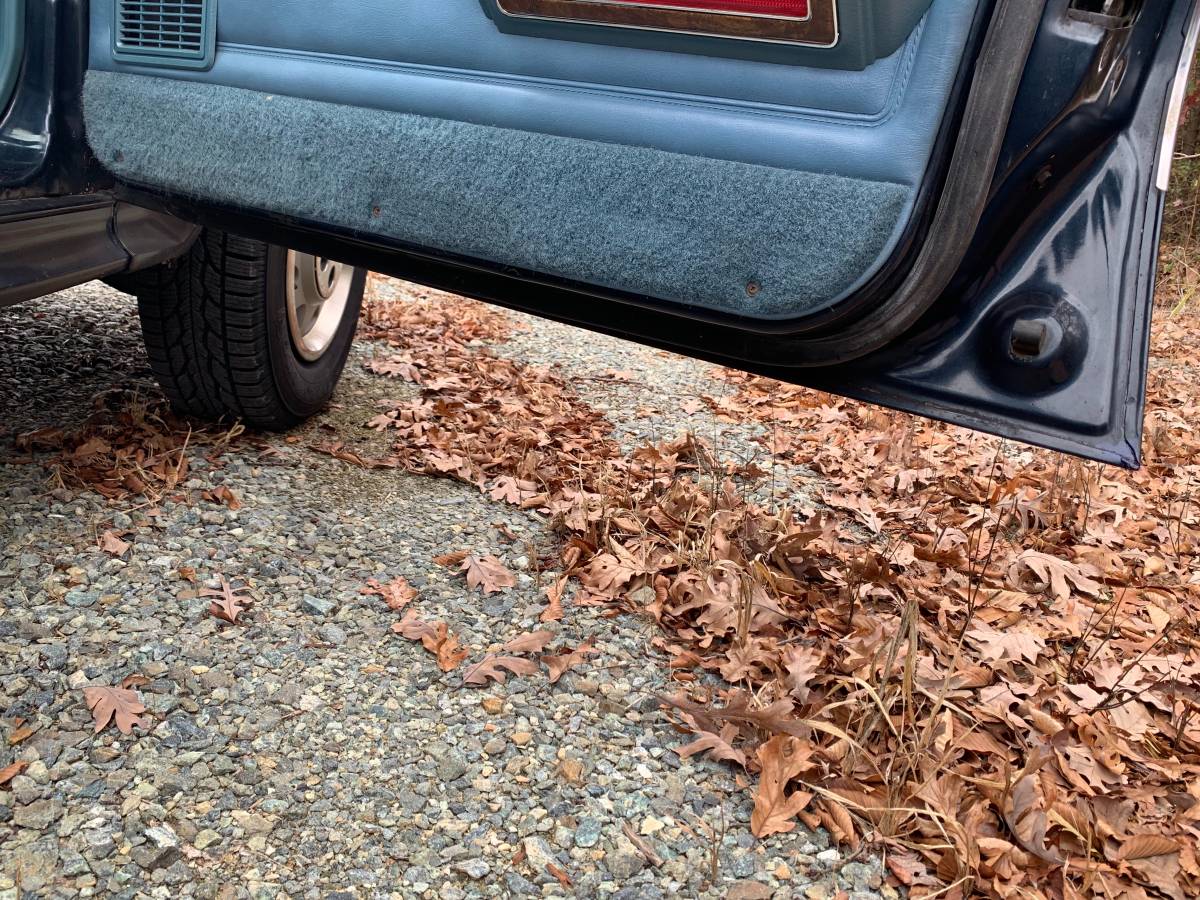 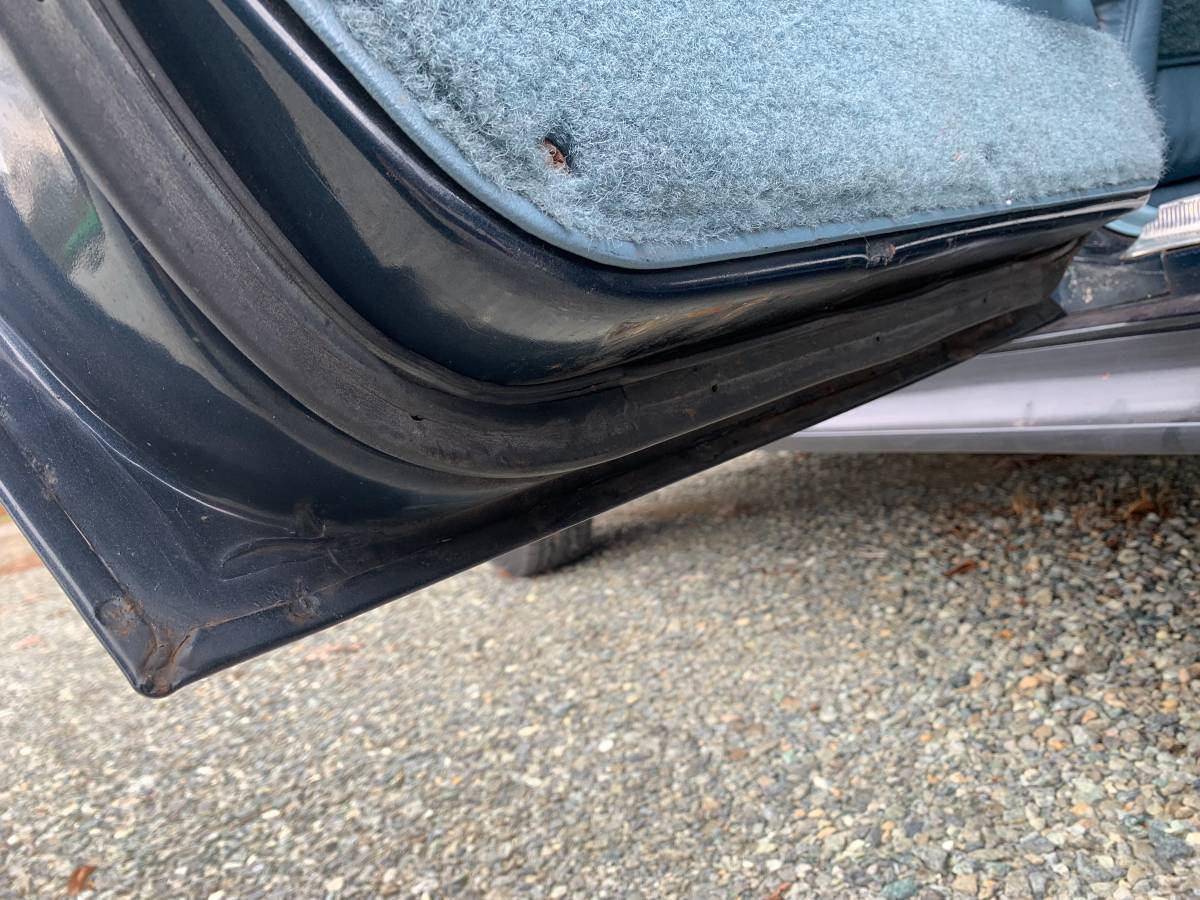 It’s no secret we’re fans of AMC’s Eagle 4x4s, so we like to post them every chance we get as nice examples such as this blue-over-blue, 117K original miles, 1998 wagon originally listed on Craigslist in November 2019 in Peach Bottom, Maryland are rare sites.  The current caretaker is asking $5,000 for his Eagle wagon.  The NADA Guides Online Classic Car Valuation Tool currently lists their “Low”, “Average”, and “High” retail values as $6,425, $8,900, and $13,350, respectively so the current caretaker appears to have their Eagle smartly priced.  If you are serious about buying one of the last AMC Eagles produced, you can call Steve at (717) 575- 0603 to start the conversation.

American Motors Corporation (“AMC”) produced its compact-sized four-wheel-drive passenger vehicles from 1979 through 1987 when Chrysler bought the company.  By the late 1970s, the last independent American car manufacturer AMC struggled to compete against the onslaught of Japanese imports with its Pacer and other aging compacts.  In a moment of brilliance thirty years ahead of its time, AMC predicted consumers would embrace a vehicle with the comfort of an automobile, but the ride height and foul-weather capabilities of a four-wheel-drive utility vehicle.  While the company had no money to develop a new car, AMC was able to leverage their knowledge from the Jeep’s Quadra-Trac four-wheel drive system to develop a powertrain they could fit underneath their already decade-old Hornet (by that point rebadged as the Concord) and Gremlin platforms.  Launched in August 1979 as 1980 models, AMC Eagles were the only four-wheel-drive passenger cars produced in the U.S. at the time. Consumers saw they were affordable cars offering a comfortable ride and handling on the pavement together with superior traction in light off-road use.  Ironically, while the rear-wheel-drive Concord and Gremlin were not seen as fuel-efficient, the four-wheel-drive Eagle versions fared well against traditional truck-based SUVs of the day.

In March 1987,  Chrysler reached an agreement to acquire AMC. As part of the agreement, Eagle production continued with AMC badging until December 14, 1987.  Consequently, finding a last-of-the-line 1988 model, even though it’s identical to the’87s, is a rare find which the private seller confirms.  Based on his brief description, it appears his Eagle is sorted and “ready for show or work.” Given this is one of the last models produced, we hope the next caretaker elects to keep it stock and show it every chance they get.  Good luck with the purchase!

What would you do with this Eagle or tell us if you once owned one of these.  Comment below and let us know!