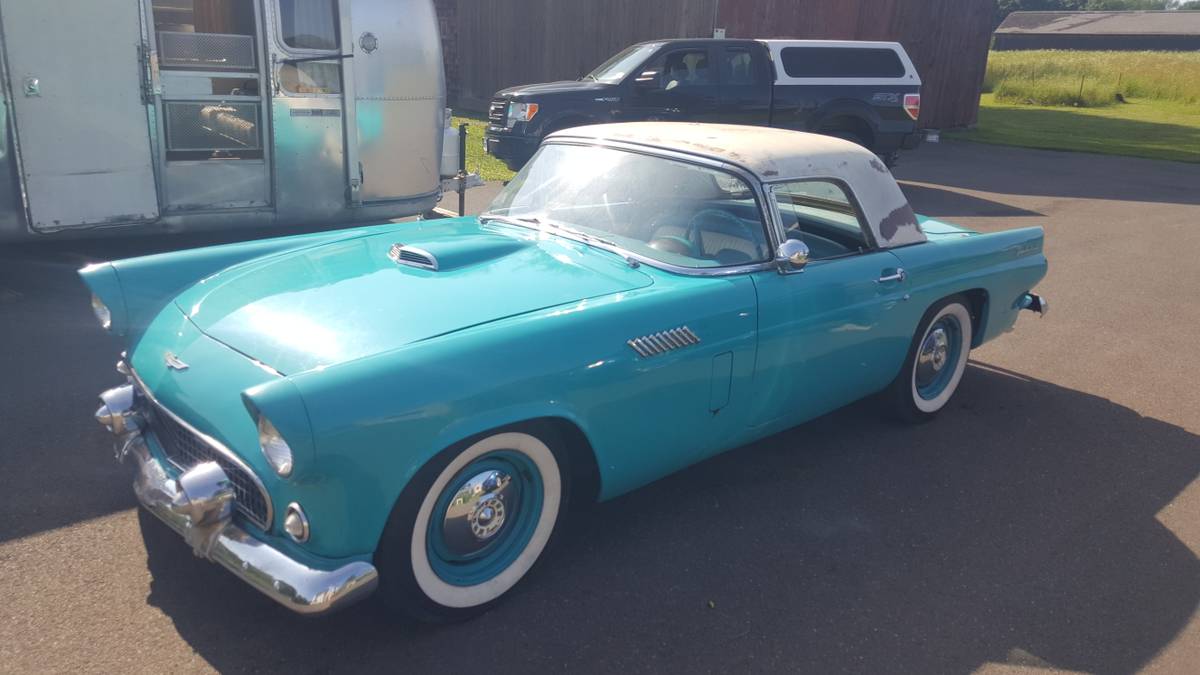 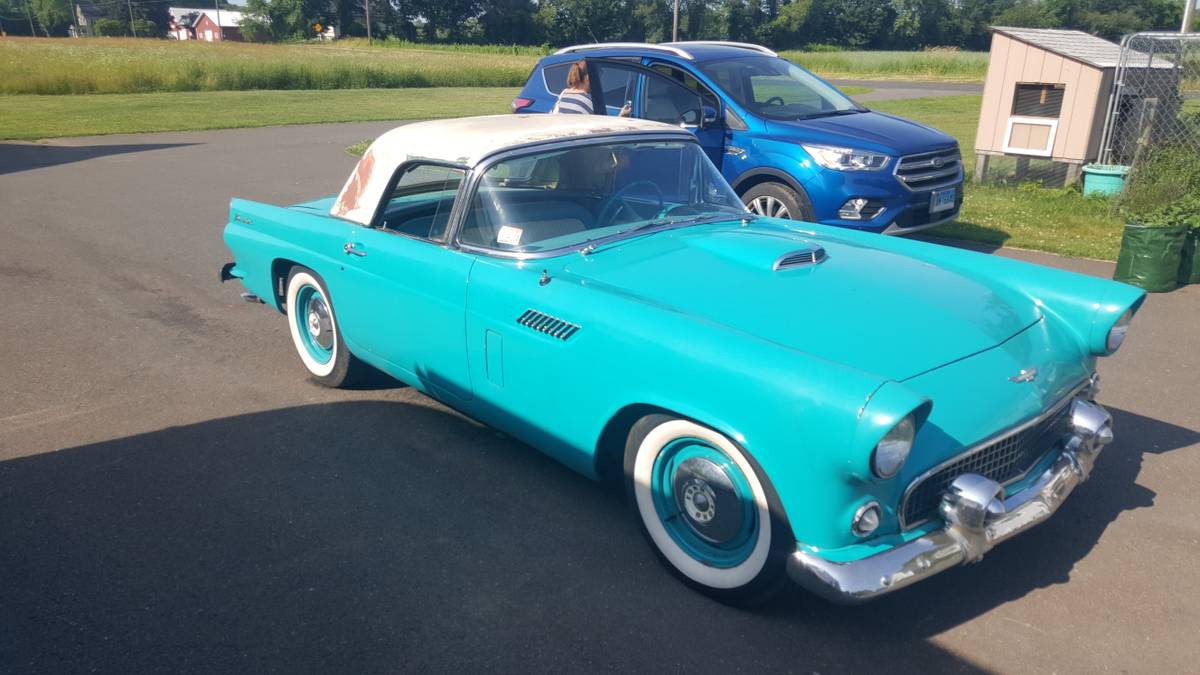 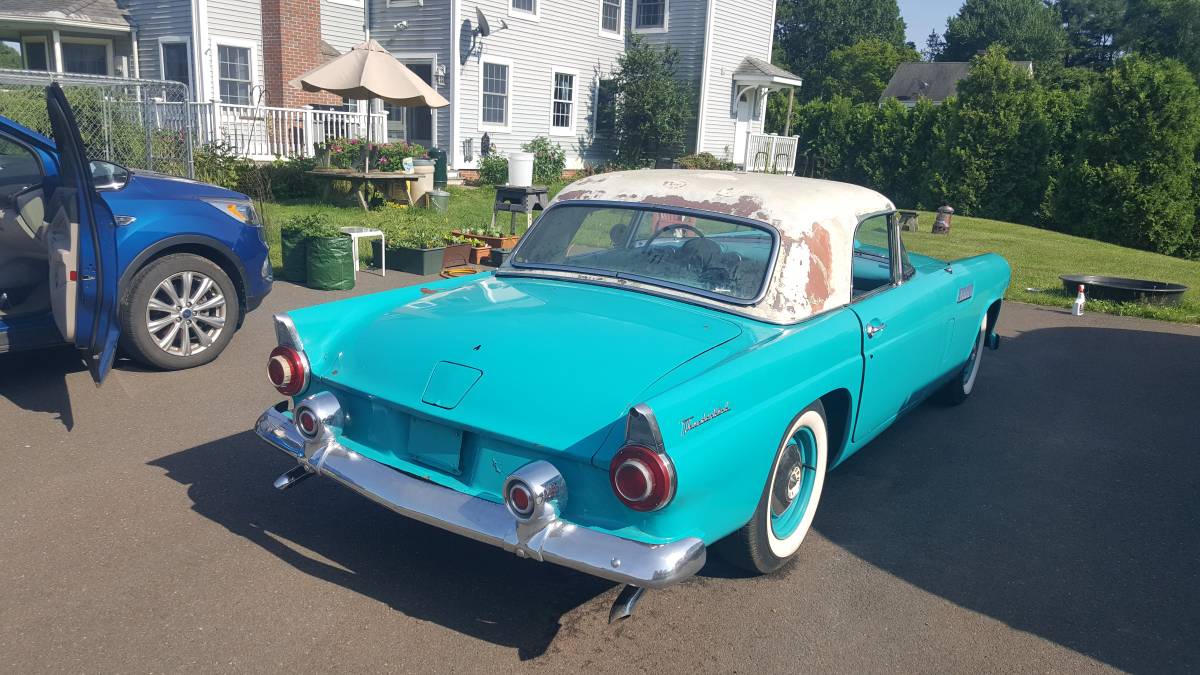 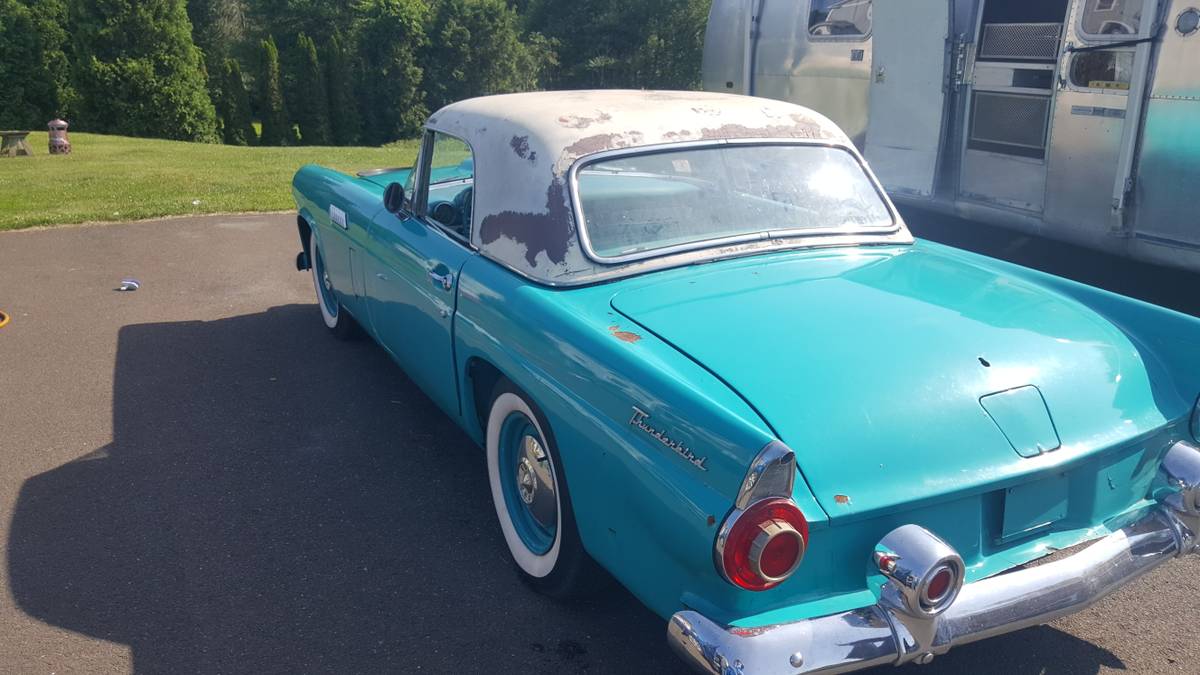 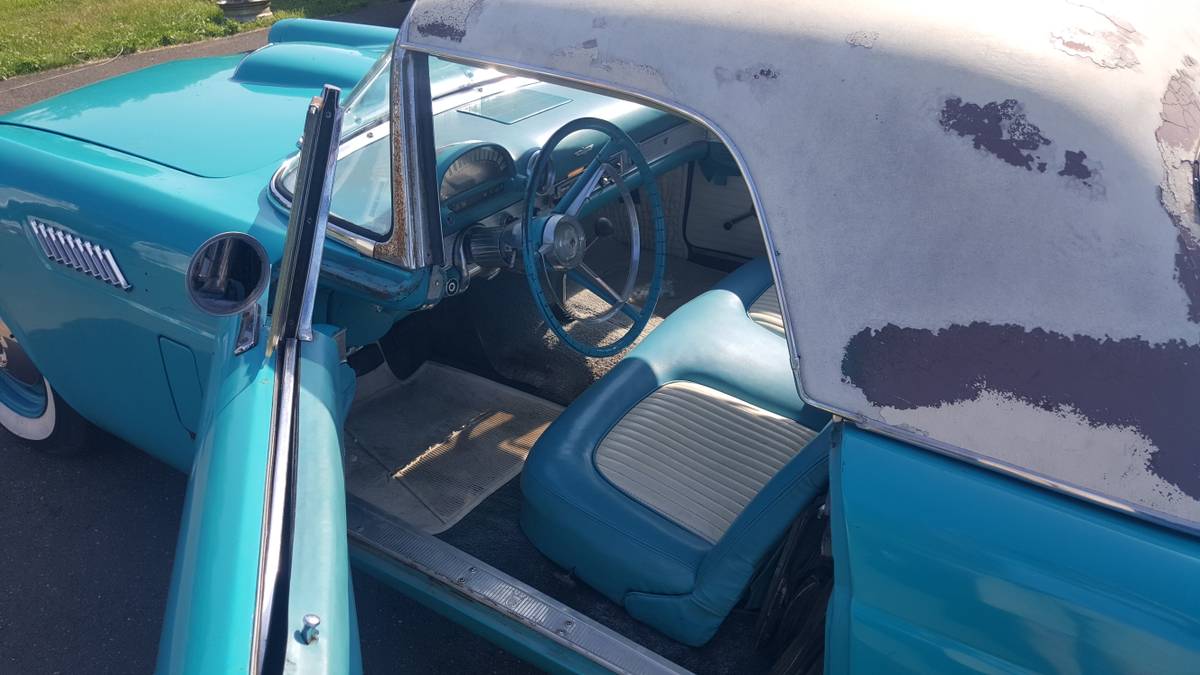 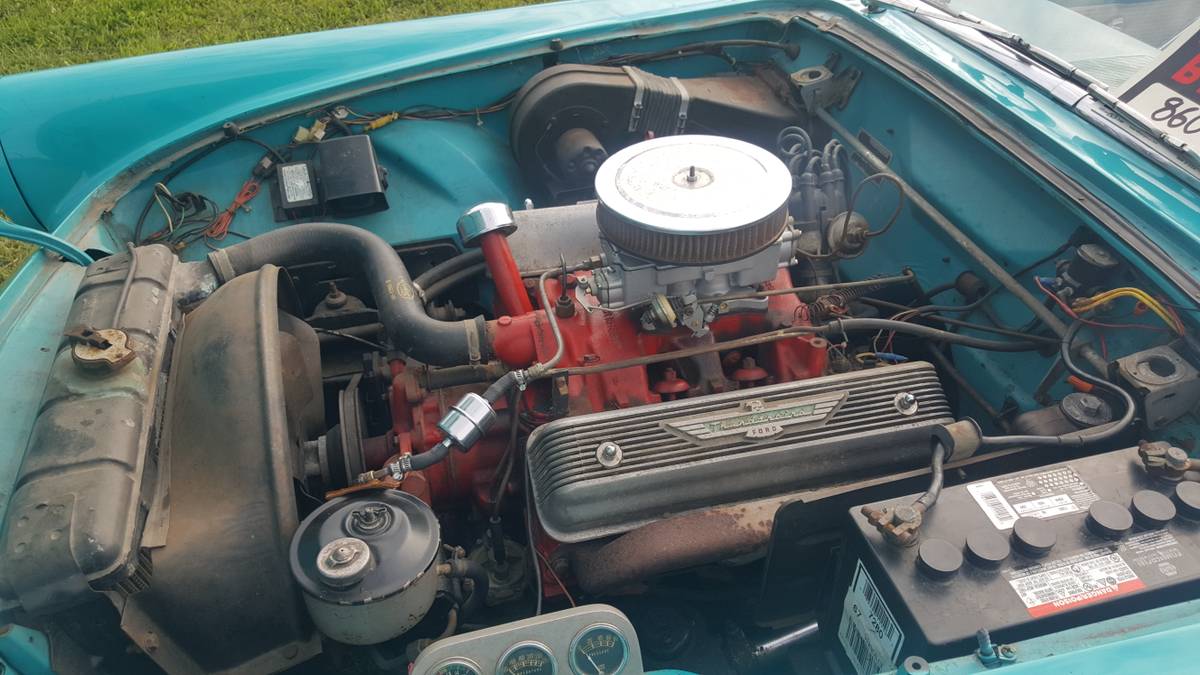 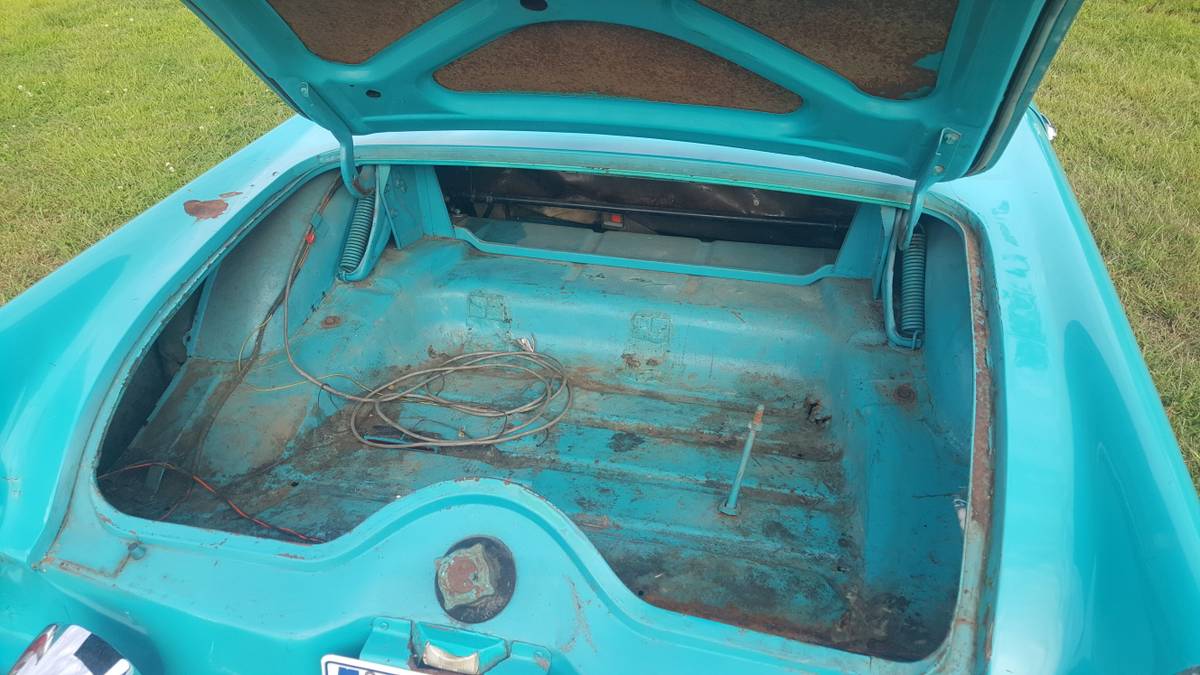 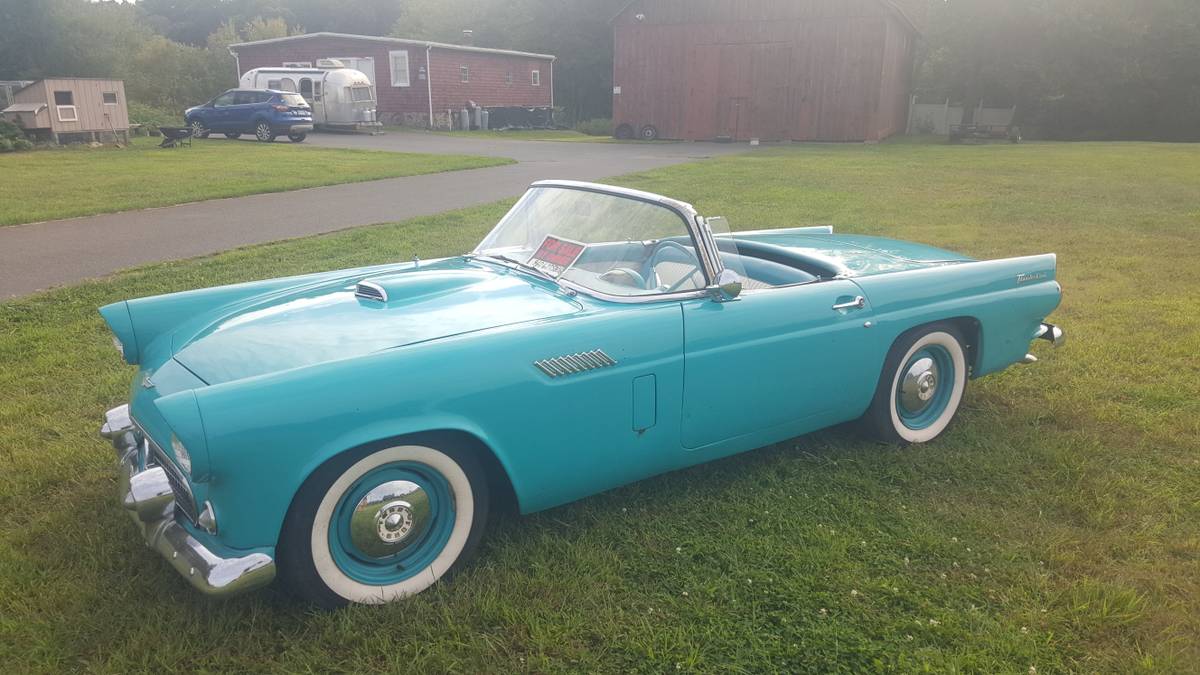 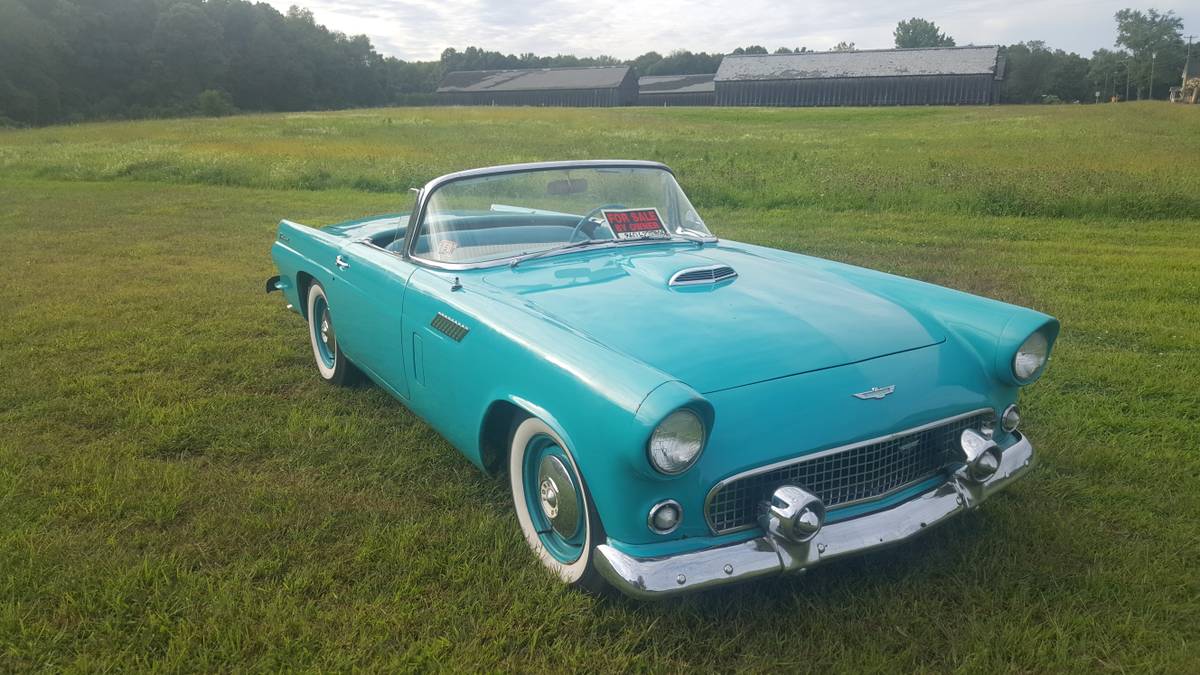 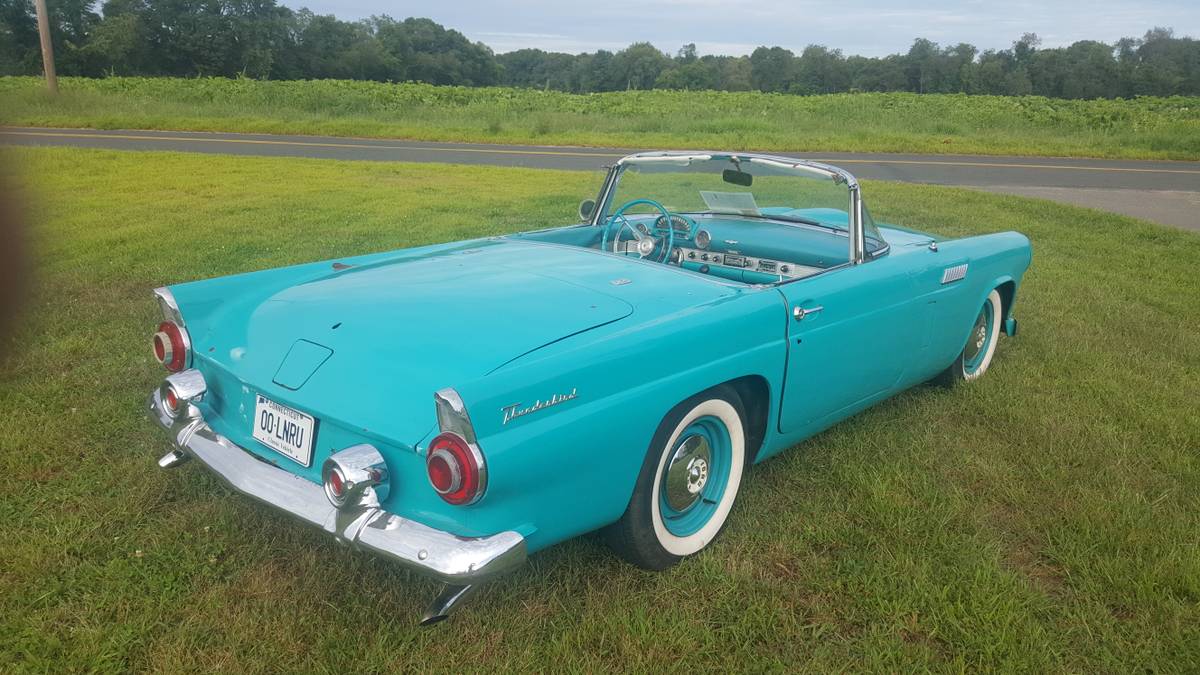 If you watch the collector car hobby, you’re likely already seeing a glut of restored Ford’s original 1955-1957 two-seat Thunderbirds.  Consequently, this unrestored driver quality 1956 Thunderbird we came across on Craiglist in East Windsor Connecticut is a refreshing change.  The current caretaker is currently asking  $13,900 which relying on the Hagerty Insurance Online Valuation Tool confirms the current caretaker has his Baby Bird priced $5,800 less than the #4 “Fair” (Daily Driver) estimate of $18,700.

In addition to being unrestored, we love how this example appears to be a base car with few options besides the soft top.  An optional soft top you say?  Yes, on these original T-Birds, Ford brilliantly made the removable hardtop standard and the folding convertible top optional.  Consequently, most cars ended up originally selling with two tops. While nice touches are the lack of a continental kit and rear fender skirts, keeping the “Poverty” caps on the wheels just make this car in our humble opinion.  This is a Baby Bird you can actually still have fun with and we’d argue that at most car shows you’ll garner more attention than the typical sea of over-restored examples you’ll likely be parked next to. Good luck with the purchase!

“1956 Ford Thunderbird, not perfect, just a fun survivor that’s a blast to bomb around in, this bird runs drives stops and is currently registered. Yes it has a title. Original 312, 4 speed from a 352 or 390, dual exhaust, New tune up, carb and battery. Starts easy. Both hard and convertible tops. Blue with blue and white interior, Some minor rust and some old bodywork. Seats in good shape. Car needs general TLC, and probably a clutch soon (included). Previous owner took many notes. Asking $13900, serious offers and partial trades for running decent ford products considered. Calls preferred, 8606275806 Leave message. Serious only, I will take down the ad when sold so no need to ask if it’s available.“ 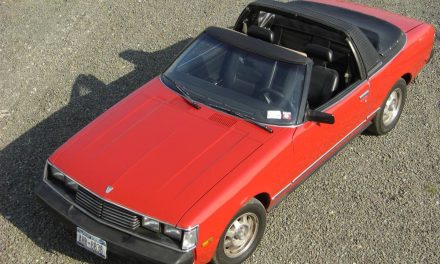 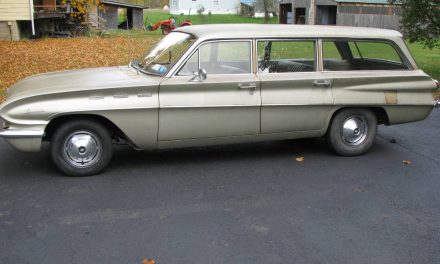 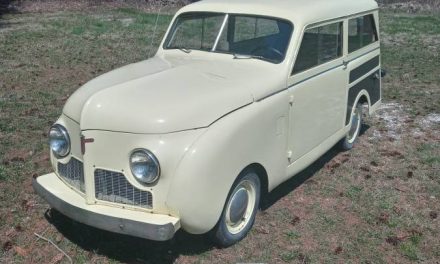 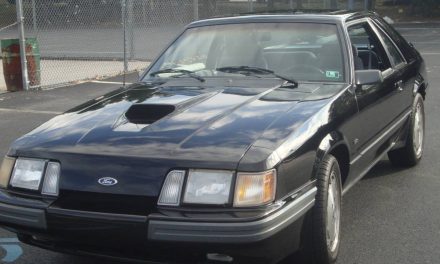