The second week of January 2020 proved to be very busy time for the Guys With Rides staff as we actively streamed as much of the Mecum Kissimmee, Barrett-Jackson Scottsdale, and RM Sotheby’s Phoenix auctions in addition to tracking the 50 cars per daily Bring A Trailer is now up to in an effort to observe how the collector car market is doing.  Since starting this website, one of our biggest pet peeves is how the traditional auction houses insist on showing the results of their auctions with fees included.

Why is it a problem? Simple: its passive market manipulation.  If an unknowing enthusiast uses padded prices seen on most auction sites as a proxy of of what to price their collector car at, they are overstating the true value by ten-twelve percent, i.e., the typical traditional auction buyer’s premium charged.

The auction houses try to rationalize this practice by claiming buyers take these fees into account when bidding and its reflective of the true cost to take the collector car home.  Really? Two an average of two minutes for each lot crossing the block,  in our observations we don’t see people doing the math in their head to figure out what the fees are going to be.  Perhaps they enter bidding with a maximum amount in their mind but in the heat of battle we’d argue most bidders worry about the later when they really want to win a car that want to own.  When we push back and ask, “So then what is the price the buyer uses when registering and insuring the car?” Both the auction houses we asked and Hagerty Insurance agreed:  the hammer price.

Here are several example of the price padding going on as well as the auction company we commend for not following suit with this practice.

While the hammer fell at $3,400,000 after a somewhat lengthy process, Mecum and several unsuspecting media outlets report the selling price to be $3,740,000.  Take that in for a moment:  Mecum grossed an estimated $340,000 on that one sale.  To brag about it in the final sale post fascinates us.  Even Hagerty Insurance incorrectly used the inflated price as click bait for their article though to their credit they clarified the actual price in the body of their post.  Sorry, Hagerty, damage already done. 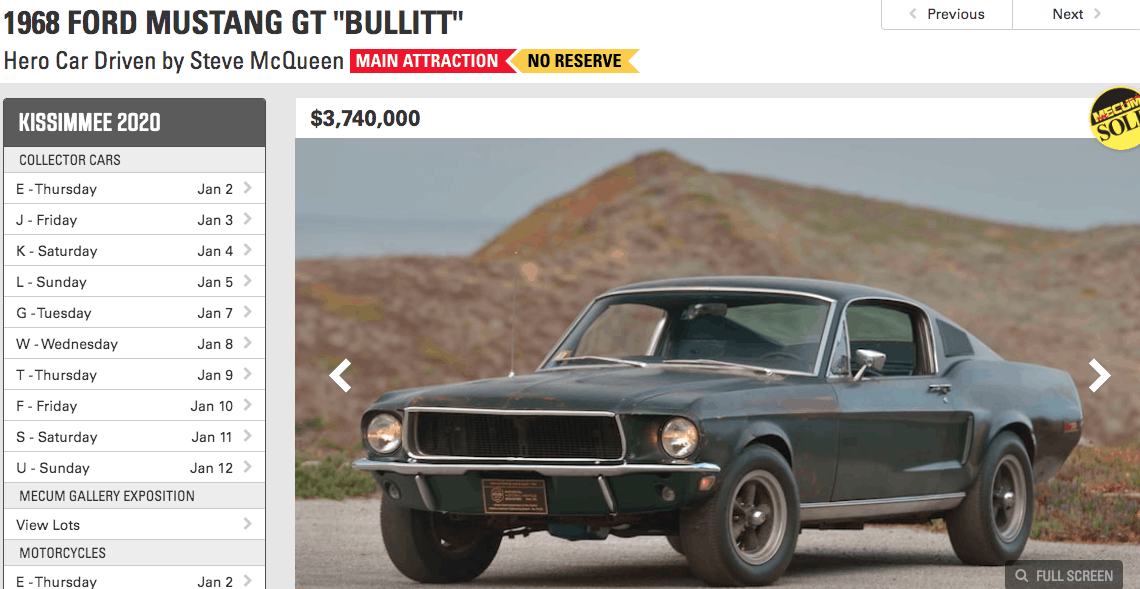 While not televised, RM Sotheby’s offers live streaming for most of their events.  We witnessed this Fly Yellow Ferrari Dino cross the auction block for $305,000.   So how does RMS advertise the price at $340,500?  Well, it’s complicated.  If you watch the beginning of their live stream, the auctioneer communicates buyer’s premiums are 12% on the first $250,000 and then 10% on the hammer price above that.  In this example: 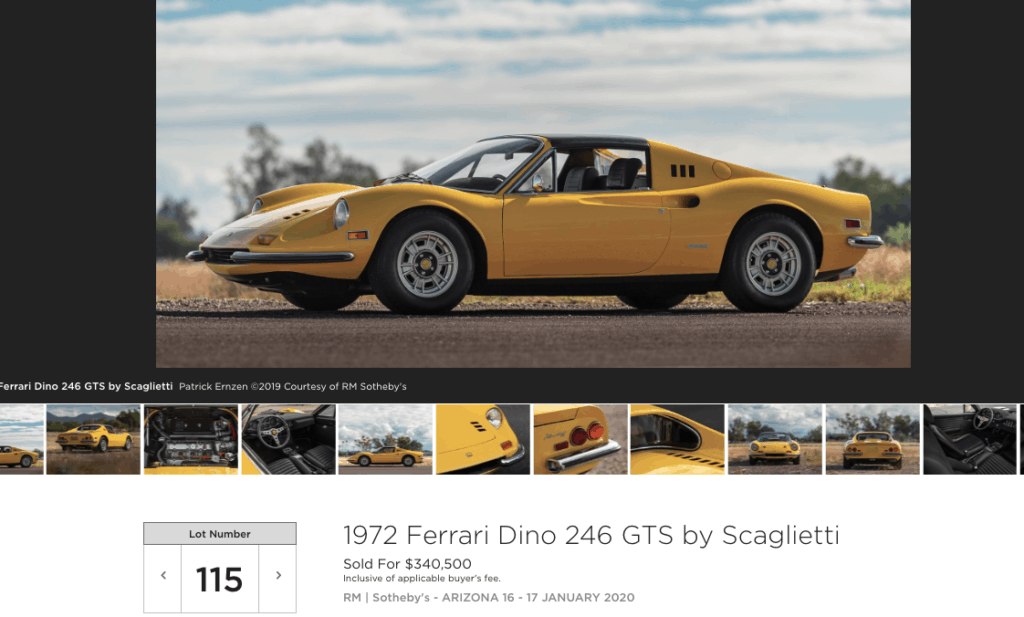 We watched much of the live coverage Motor Trend TV provided during this year’s Scottsdale event.  This Covair Rampside pickup was one of our Fantasy Auctions we held before B-J held the real auction.  With a straight ten percent buyer’s premium, the hammer price of $26,000 is now shown as $28,600 on the Barrett-Jackson website along with a disclaimer the price “Includes Buyer Commission”: 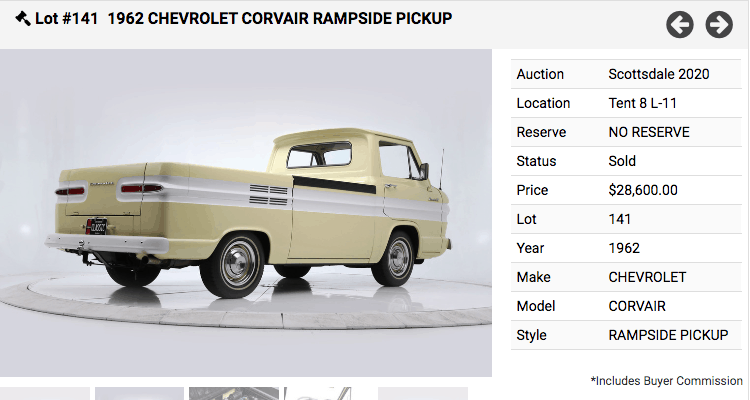 So who does it right? We applaud BringaTrailer.com for not following the traditional auction house practices.  While many of the site’s recent auction results make us do a double-take, at least BaT doesn’t try to make it look any more dramatic by tacking on their five percent buyer’s premium. 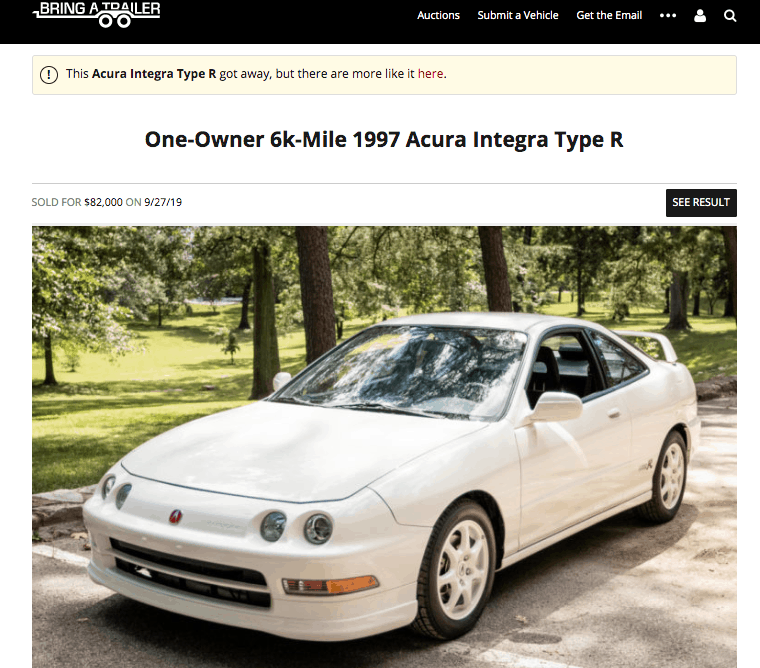 What is your opinion on what price should auction houses report?  Comment below and let us know!