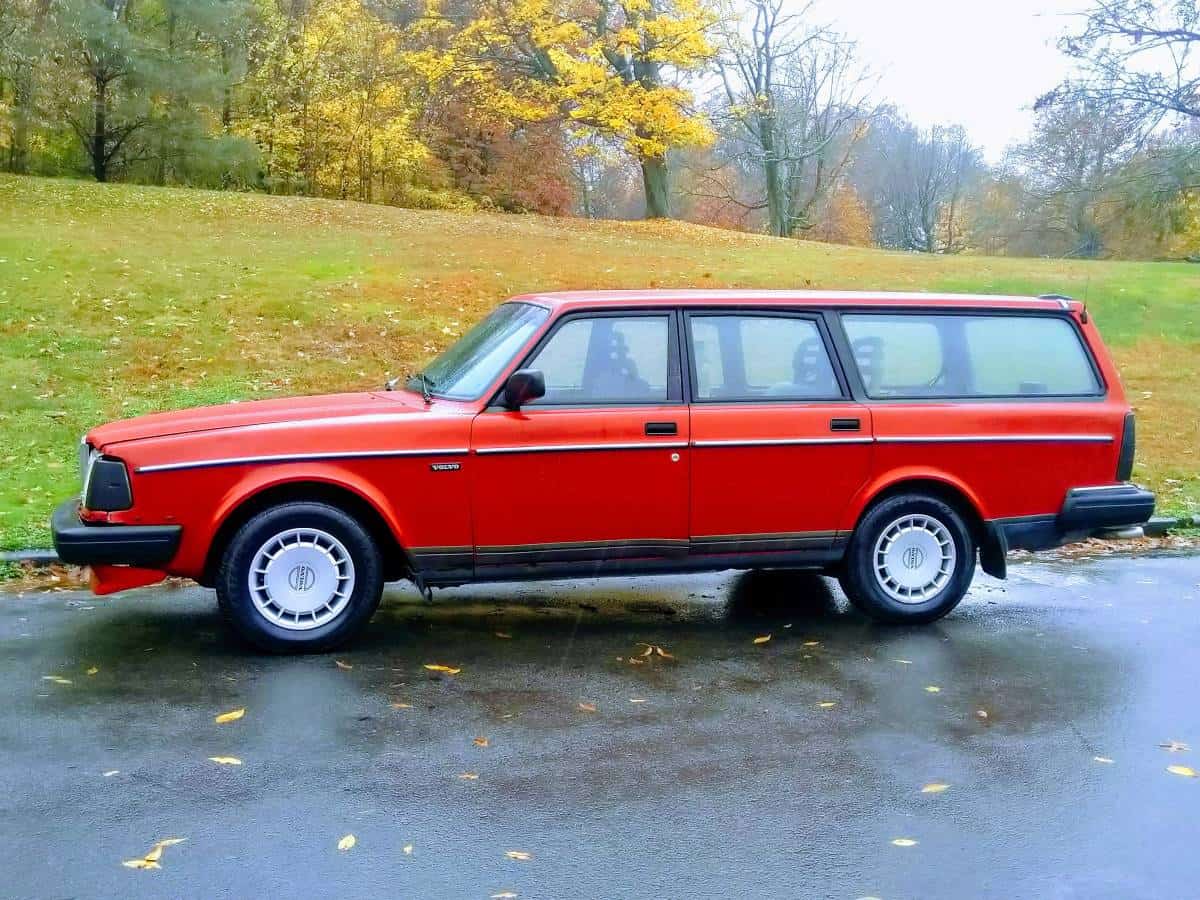 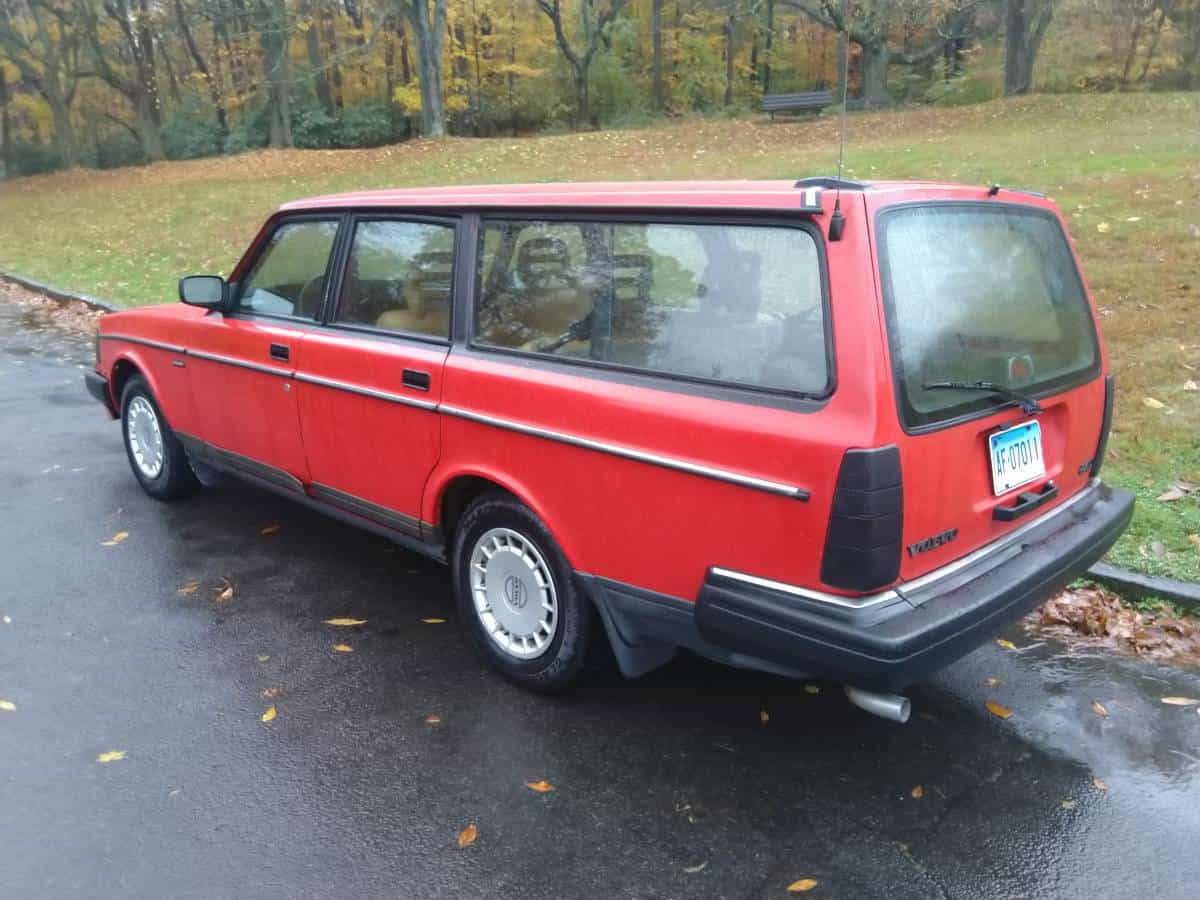 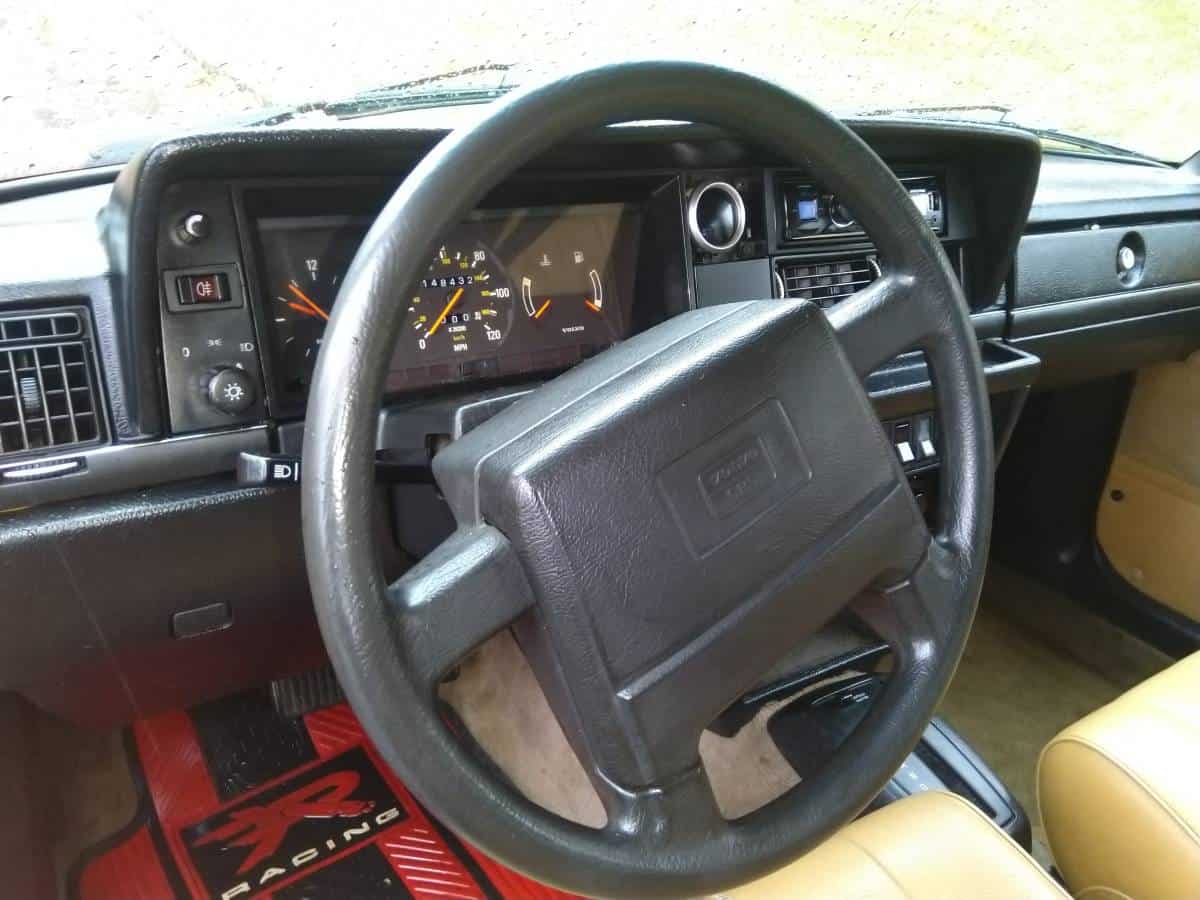 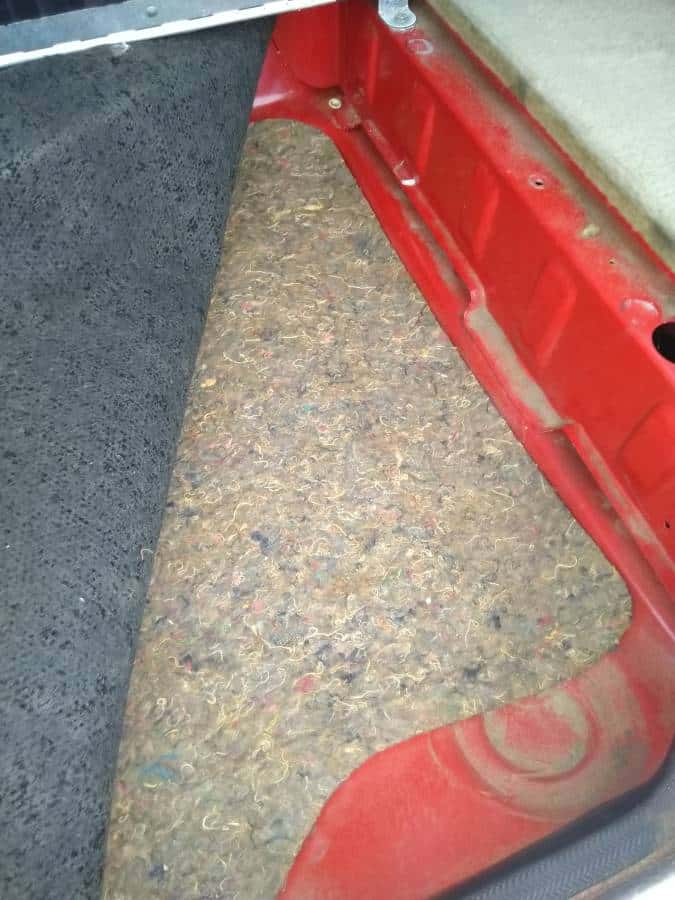 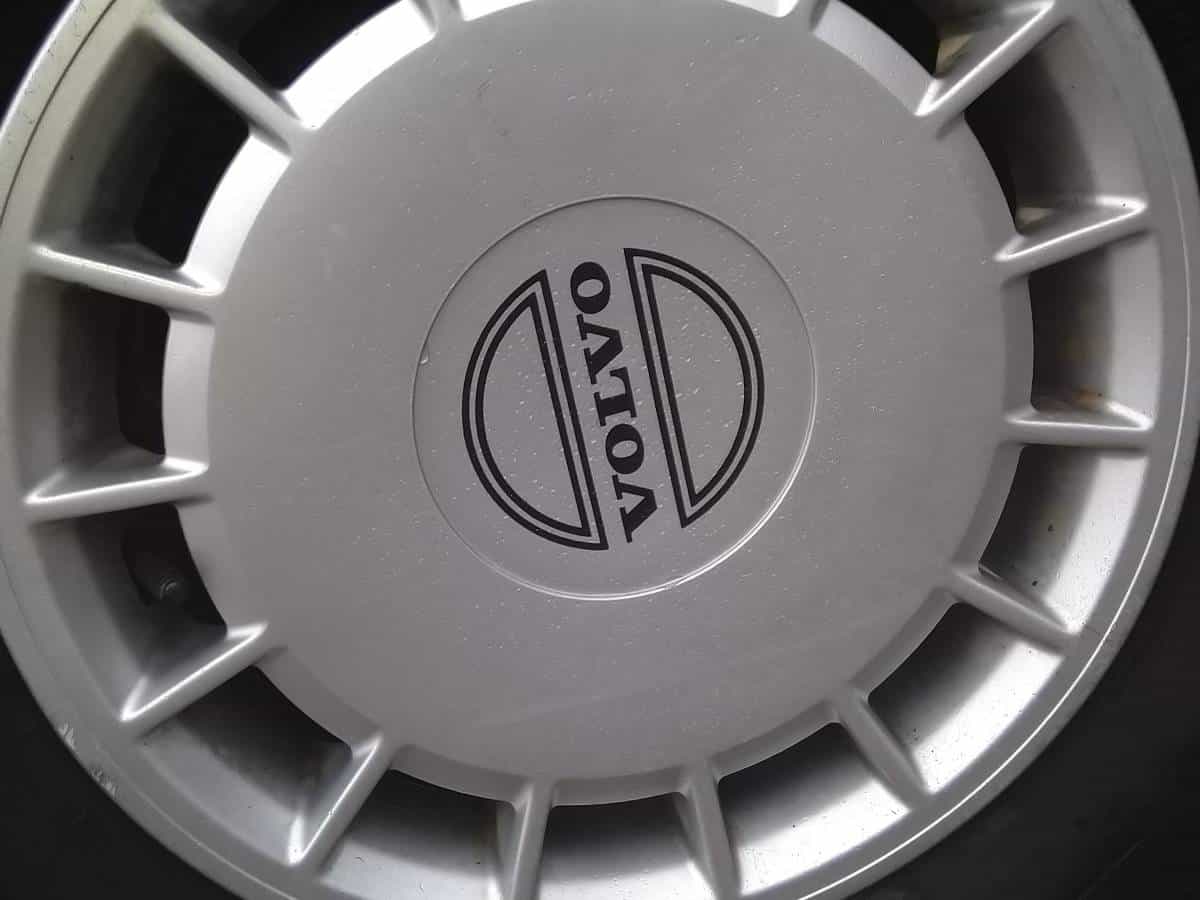 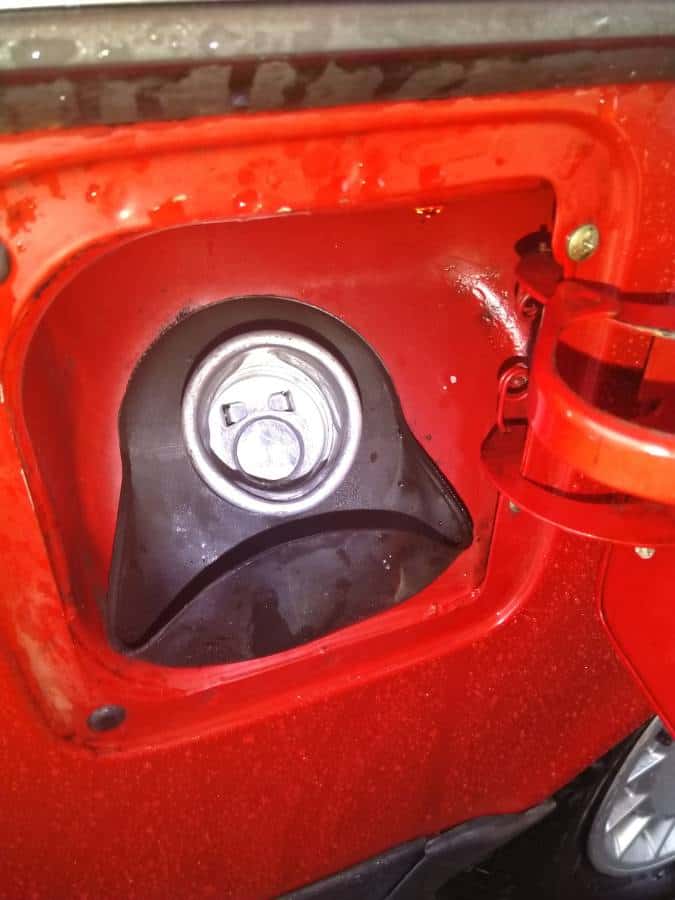 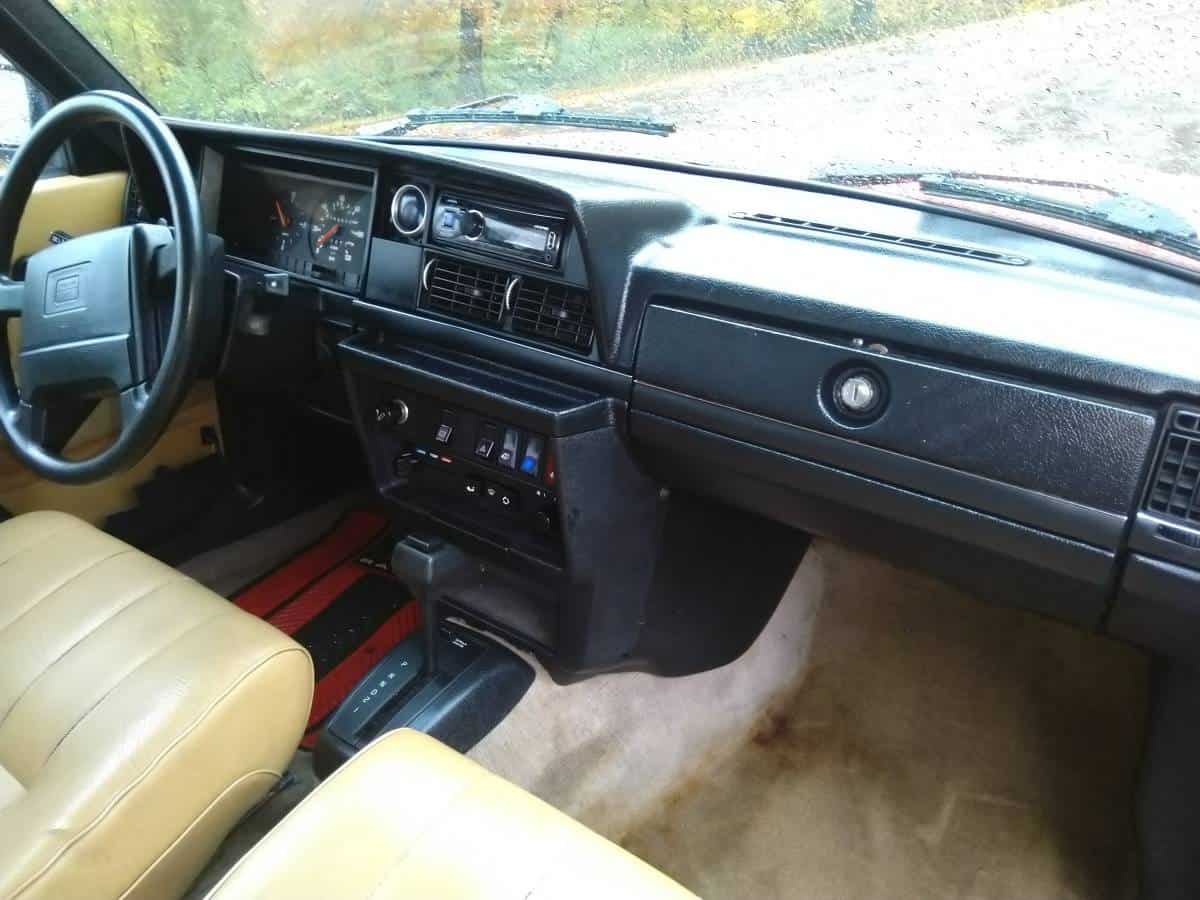 January 29th Update:  not only did we think the original asking price of $8,800 was too optimistic for this 1993 Volvo wagon we first featured on November 5th, but several readers also commented they felt that was too much money for what is being offered.  All of our predictions appear to be coming true as the seller just re-posted his flying brick with a $7,995 asking price.  Still too much in our opinion so we will see if that continues to be true.  Good luck with the purchase!

Posted just in time for Wagon Wednesday by a self-proclaimed Volvo enthusiast on Craigslist in Orange, Connecticut is this red over tan, 147K original mile 1993 Volvo 240 the current caretaker is now hoping to get $7,995 for.  The NADA Guides Classic Car Online Valuation Tool currently lists their “Low”, “Average”, and “High” retail value range at only $2,100, $2,925, and $3,825, respectively.  Bring a Trailer having three similar examples selling for an average of only $6,300 over the past year, we feel the current caretaker is remaining too optimistic even with their revised asking price.

Swedish carmaker Volvo launched its 200 series of mid-sized cars in 1974 and continued production of these in coupe, sedan, and wagon versions for nearly twenty years to 1993, with nearly three million units sold worldwide. Sharing the same body shell and components aft of the cowl, the 200 series looked much like Volvo’s earlier 140 and 164 lines. Forward of the firewall, however, the 200 incorporated many of the features and design elements tried in Volvo’s 1972 VESC ESV concept car experiment in vehicle safety. The use of large crumple zones combined with a strong birdcage roof design quickly earned Volvo the reputation for safety long before consumer’s desire for this came into vogue.

Station Wagons made up nearly one-third of all 240s sold. The very large cargo space of 41 cubic feet combined with the option of rear-facing foldable jump seats made the 240 a very safe alternative to the domestic wagons of the day. Equipped with a 2.0 liter slant four mated to a four-speed automatic, 240s are reliable, if uninspiring, station wagons.  More recently, car enthusiasts have started making engine swaps of all shapes and sizes once they realized the 240’s rear-wheel-drive powertrain and very open engine bay makes them ideal candidates to make them modern  “Sleeper” Hot Rods.

The current caretaker, a self-proclaimed Volvo enthusiast calls his 240 a “Collector Quality” garage-kept example with its original and rare bright red exterior paint he has “lovingly maintained.”  He also points out his 240 came loaded with power windows, power, locks, air conditioning, cruise control, ABS, and airbag.  The private seller makes the point that it’s really nice to have the last year of the 240’s iconic body style combined with the modern safety features of an ABS anti-lock braking system as airbags. The only upgrade reported is a modern Alpine stereo equipped with Bluetooth.  The seller also reports is 240 comes equipped with a set of brand new tires.

A nicely cleaned car with a detailed engine bay is usually a good sign you’re about to purchase a well-maintained car.  If your in-person inspection confirms everything looks in order, the seller provides proof his car is well-maintained, and you can convince him to come down to reality on the price, you’ll have a nice example of a 240 Volvo that will allow you to add miles as you take it and show it off at every RADwood or Cars & Coffee event you drive it to.  Good luck with the purchase!

What would you do with this last-of-the-240s Volvo?  Comment below and let us know!