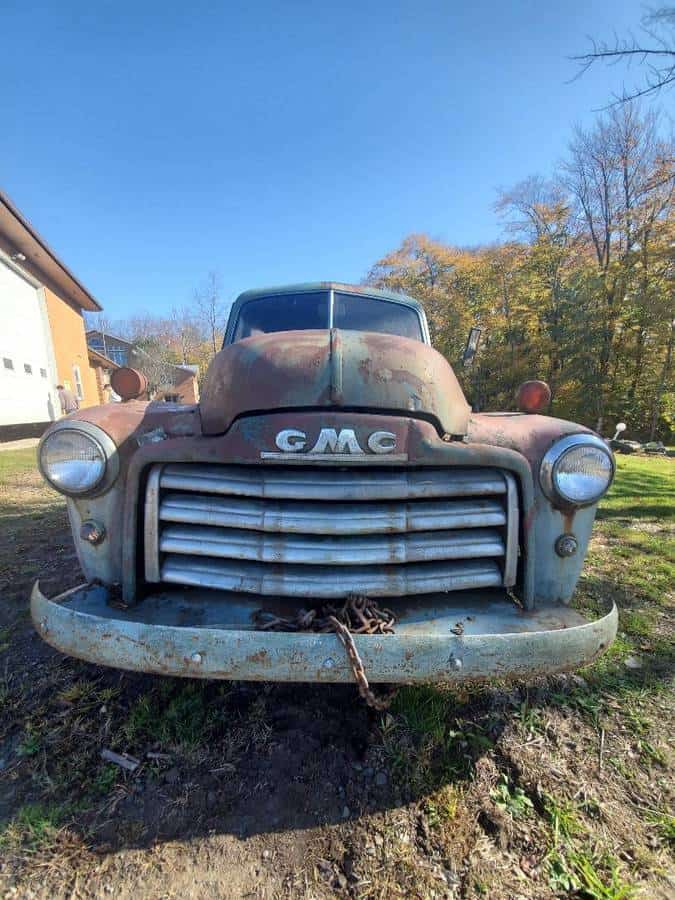 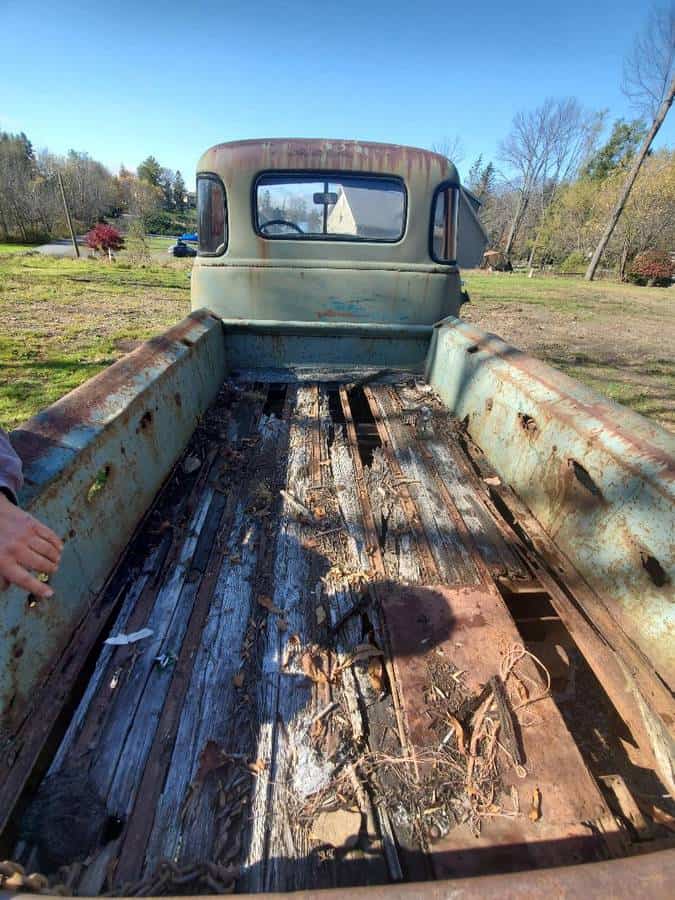 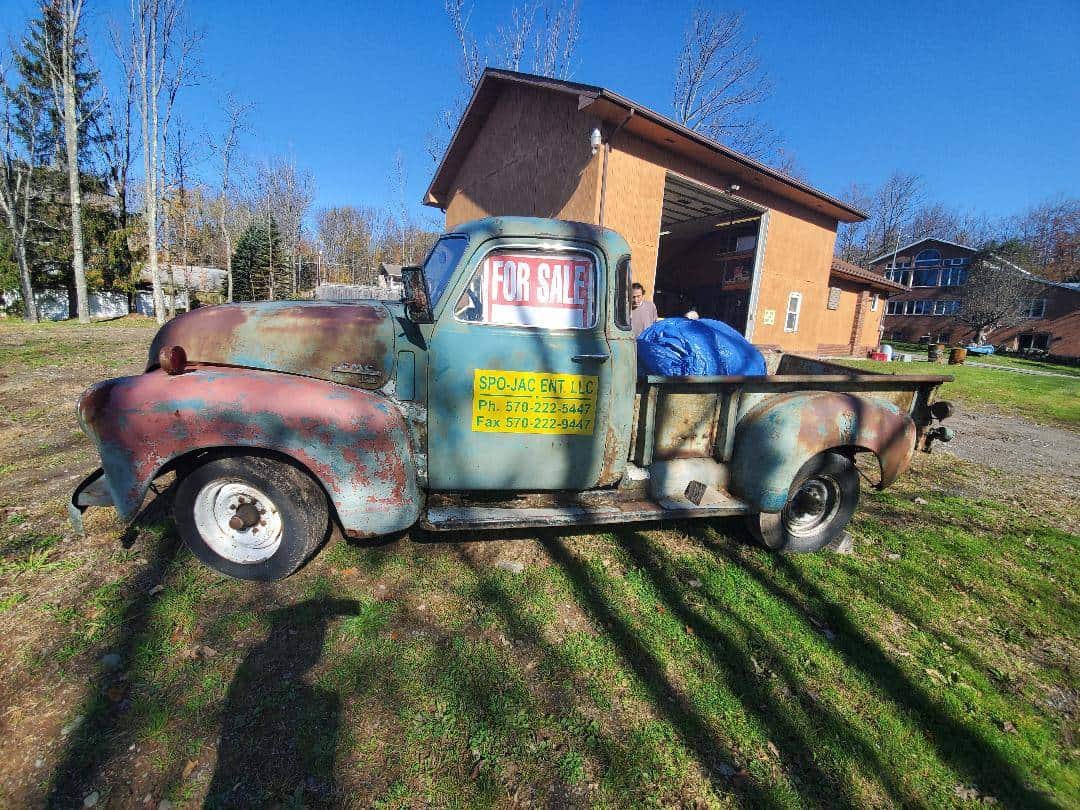 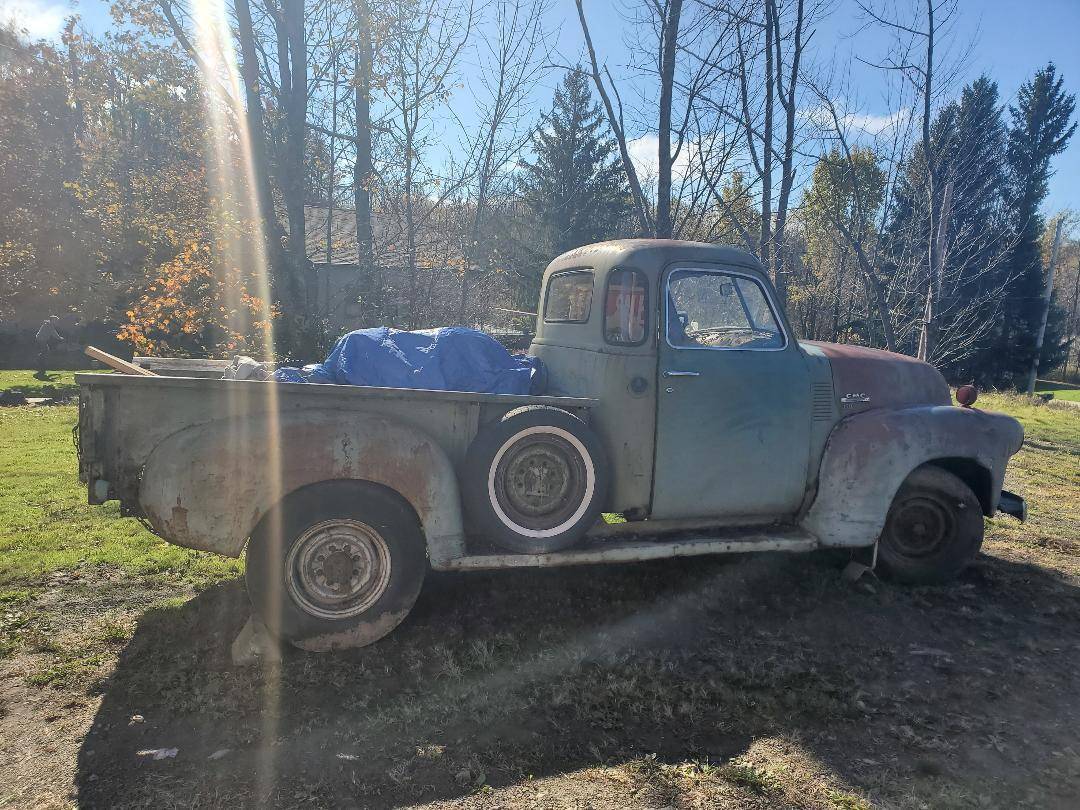 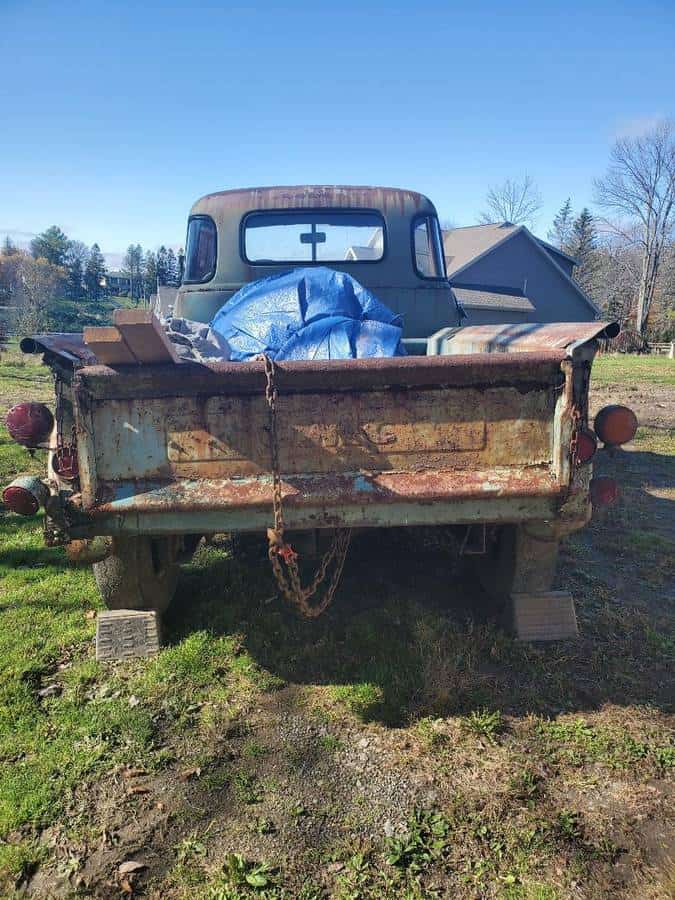 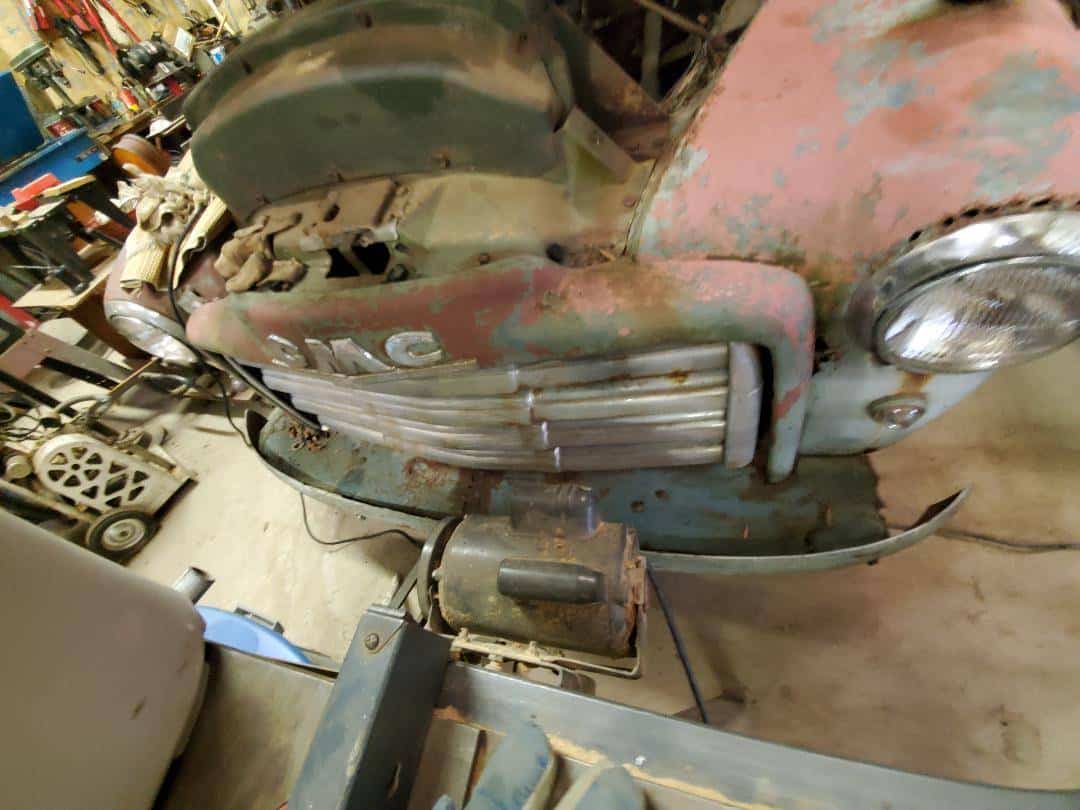 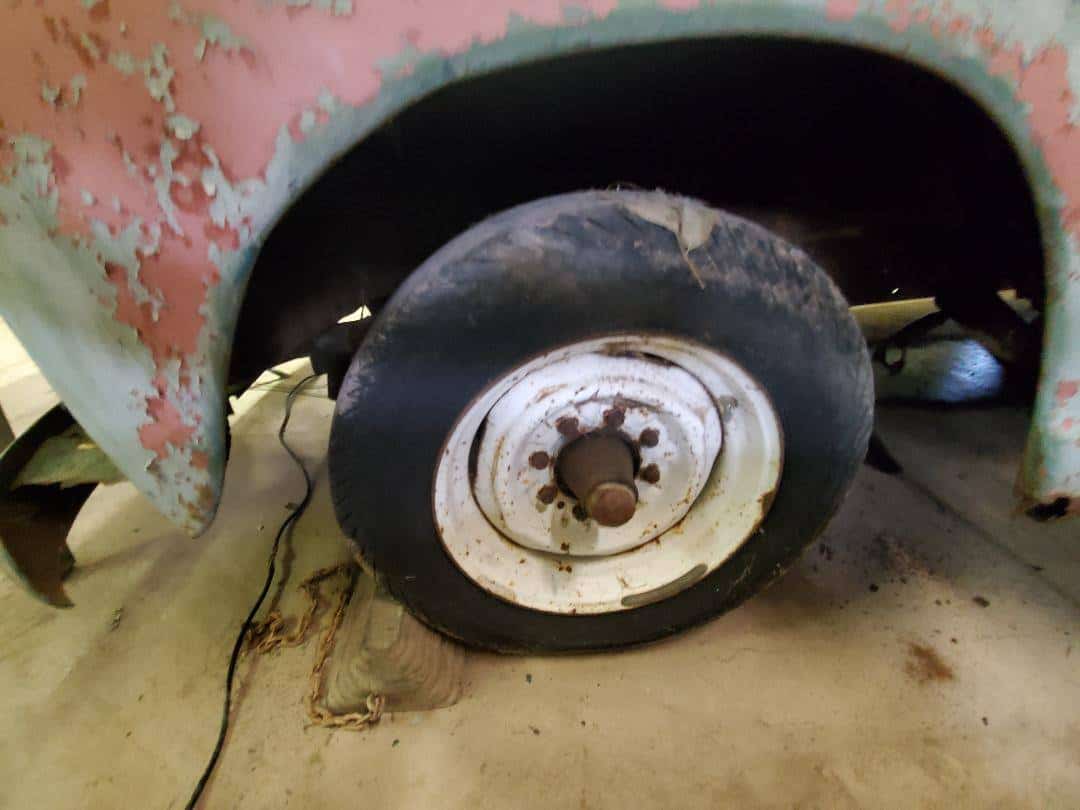 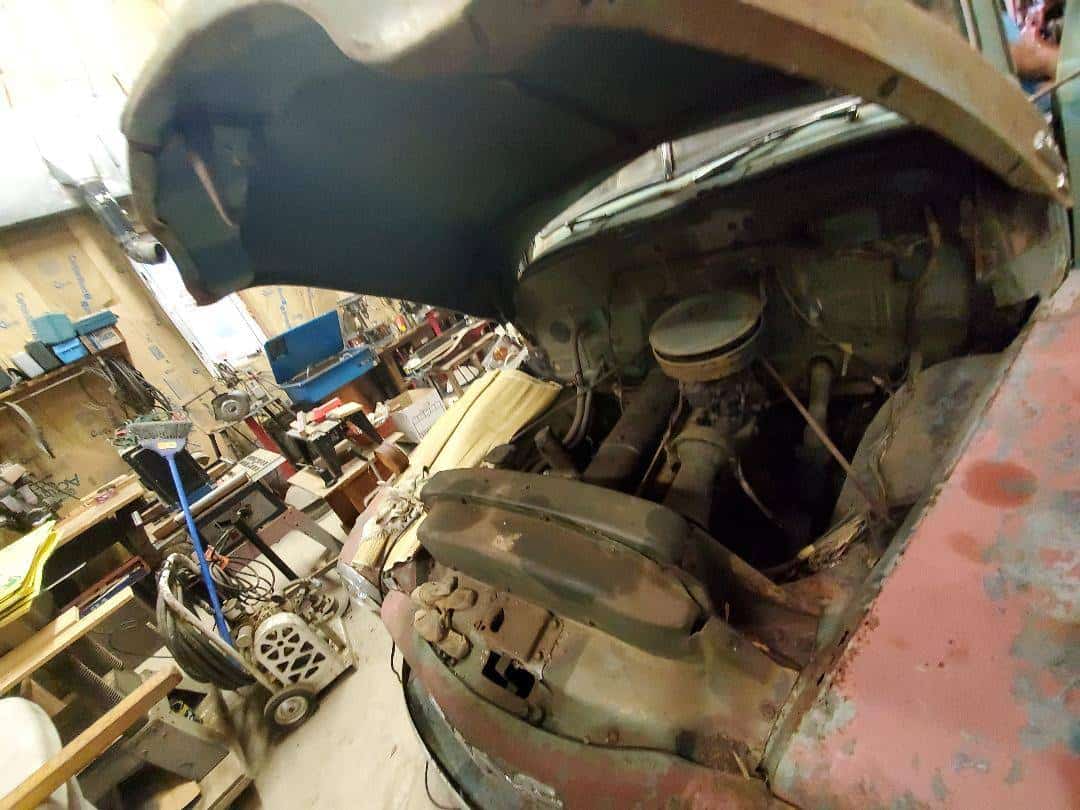 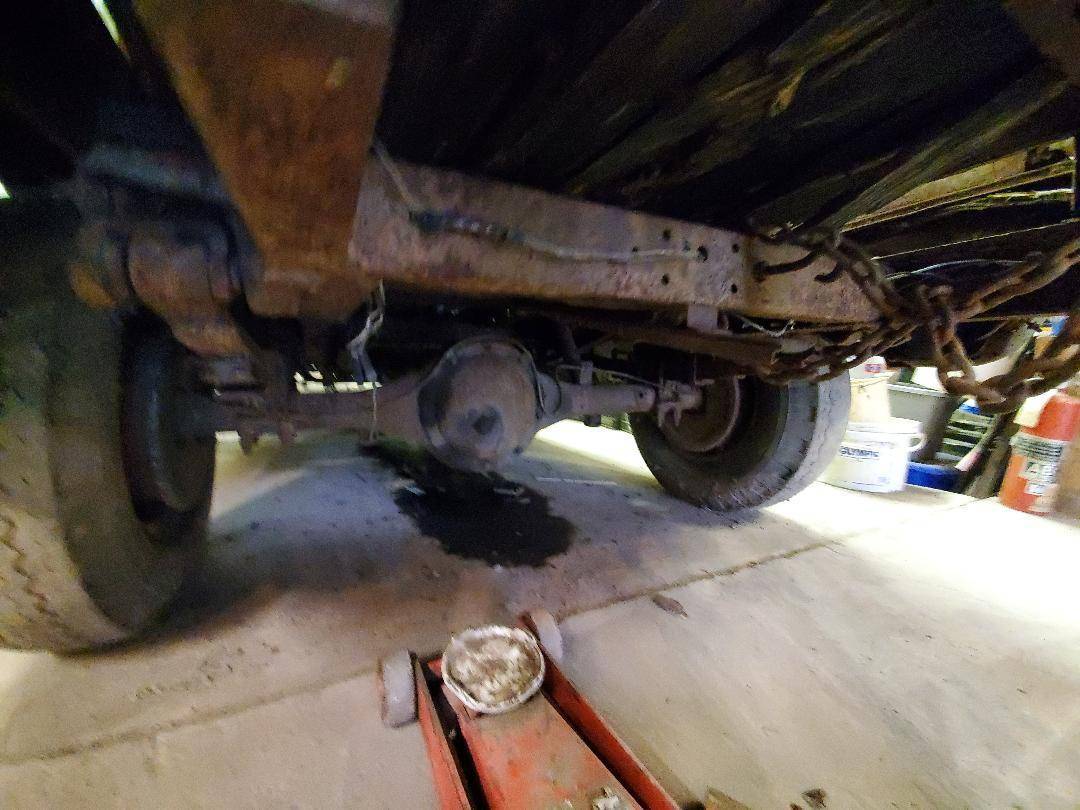 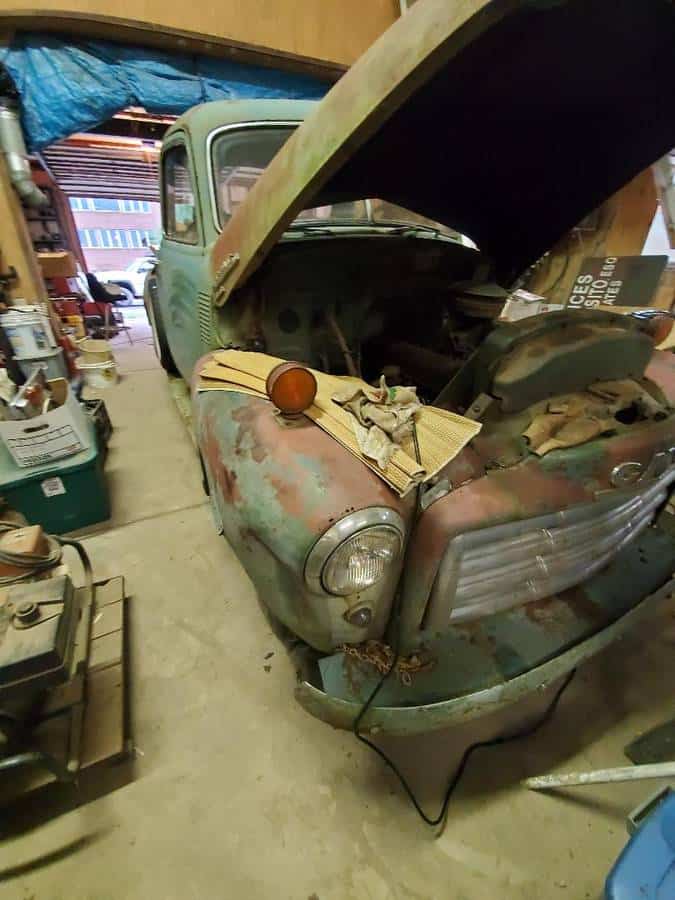 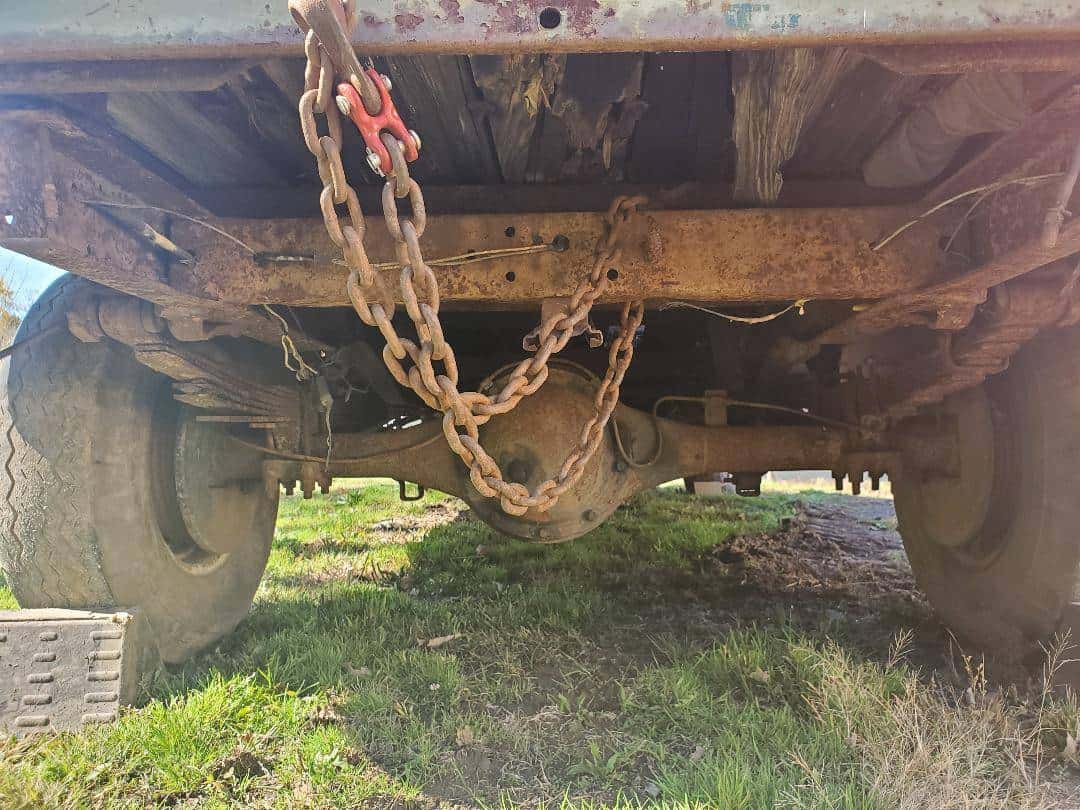 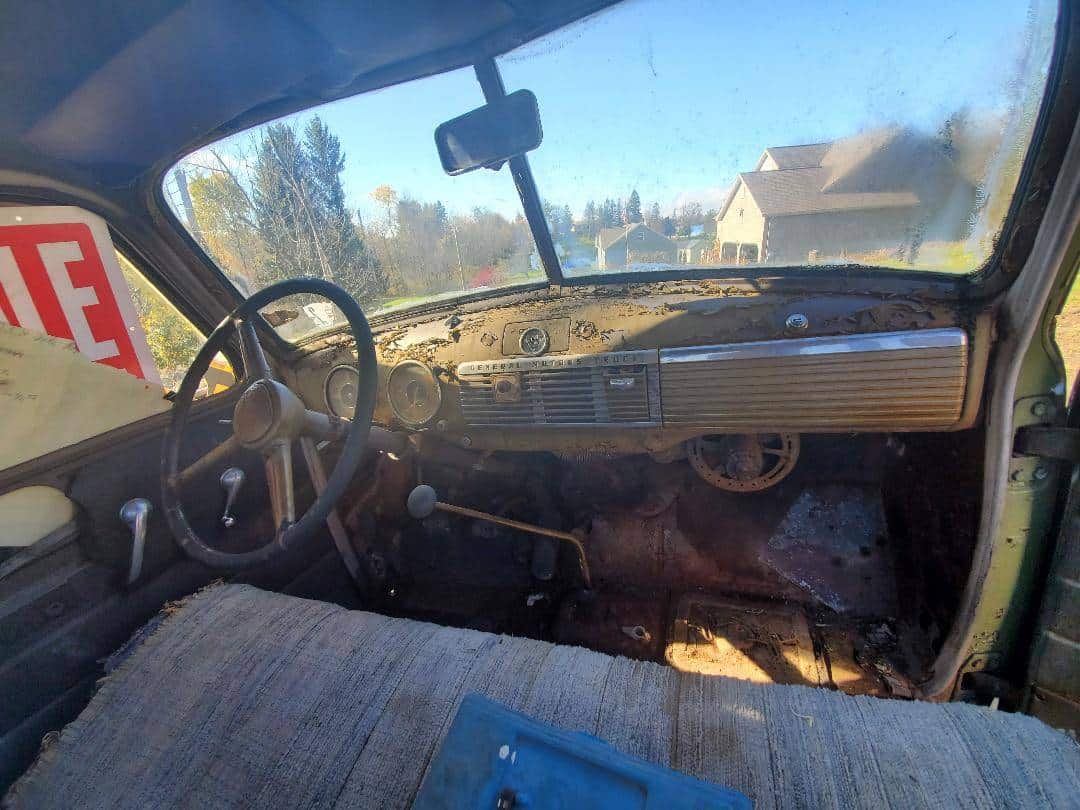 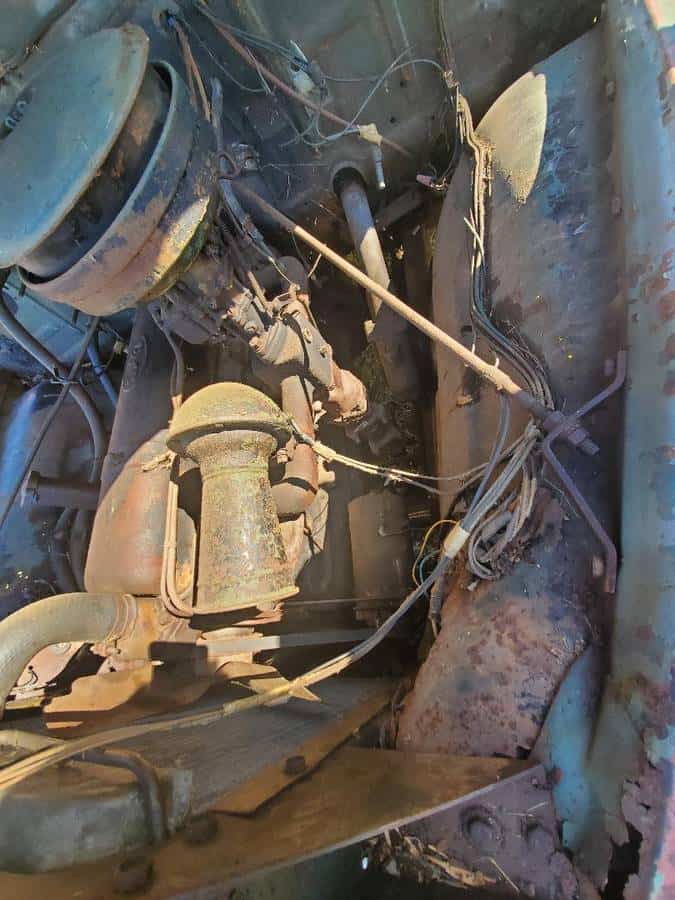 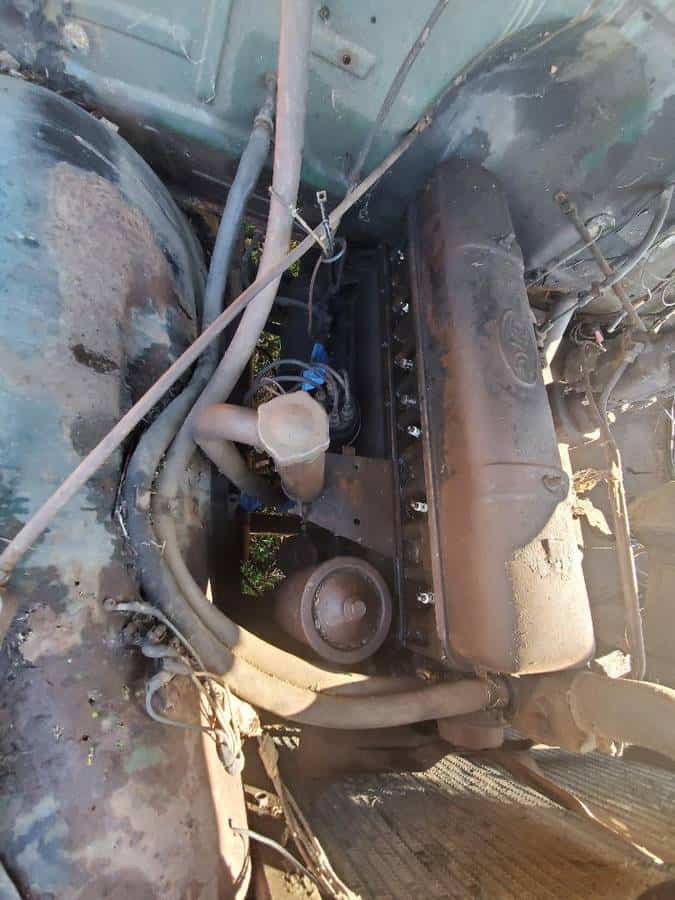 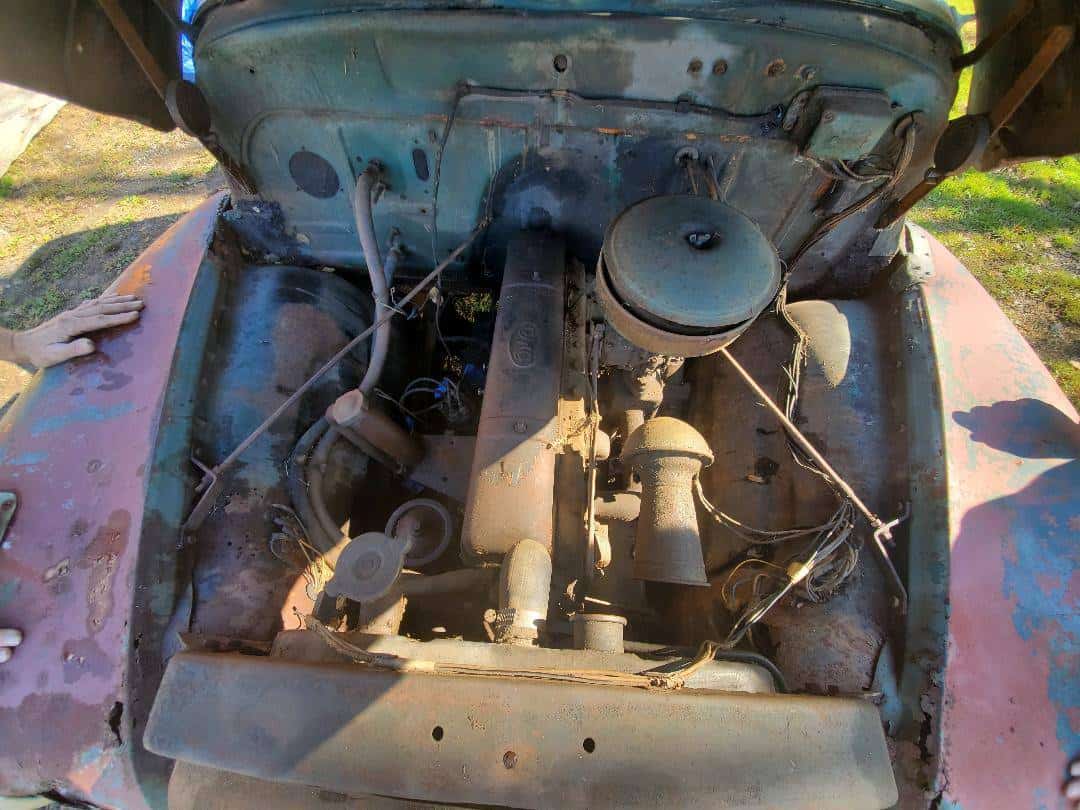 From its launch in 1947 through 1955, GMC trucks were nothing more than rebranded versions of Chevrolets. For example, while a typical Chevrolet half-ton of the day received the “3100” moniker, GMC counterparts such as this 1950 five-window example listed on Craigslist in Carbondale, Pennsylvania made do with the name “100.”  The current caretaker of this project truck has it listed for $3,700.   Checking the Hagerty Insurance Online Valuation Tool confirms this private seller has his FC101 priced $2,500 below the current #4 “Fair” (Daily Driver) estimate of $6,200.  If you are serious about buying this truck, you can start the conversation by calling Jim at 570-357-8646 or at his office at 570-222-5447 to set up an appointment to see it.

Chevrolet launched its Advance Design line of trucks, the company’s first major redesign following World War II, in 1947 while their GMC counterpart was known as the New Design.  It was billed as a larger, stronger, and sleeker design in comparison to the earlier AK Series. First available on Saturday, June 28, 1947, these trucks were sold with various minor changes over the years until 1955 when the more modern and car-like Task force design launched.

Advanced and New Line trucks relied on the same basic design family used for all of its models including the Suburban, panel trucks, canopy express, and cab overs. The cab overs used the same basic cab configuration and similar grille but used a shorter and taller hood and different fenders. The unique Cab Over fenders and hood required a custom cowl area which makes the Cab Over Engine cabs and normal truck cabs incompatible with one another while all truck cabs of all weights interchange.  From 1947 until 1955, Chevrolet trucks were number one in sales in the United States, with rebranded versions sold at GMC locations.

Unless you have your heart set on restoring an early 1950s GMC pickup, given the amount of rust this truck is likely best suited to be reborn as a Rat Rod. The seller’s description does not clarify it, but given the pictures, both in the field and in a garage we wonder whether this truck runs.  Your in-person inspection can clarify that and either way, plan on flat bedding this truck back to your garage.  Good luck with the purchase!

“All parts on truck. Owner has title. $3700 obo.glass is good including cab corners.it has rust of course its old but very nice project for someone with the time for it.to look its by appointments only!call Jim at 570-35seven-864six or office at 570-22two-544seven.thank you!” 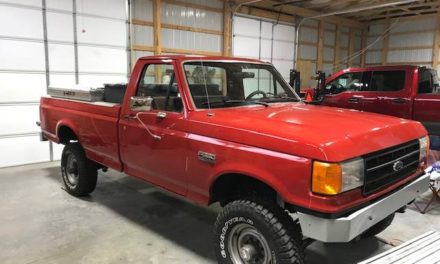 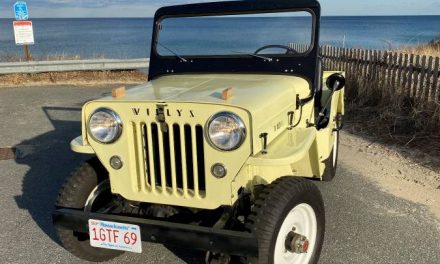 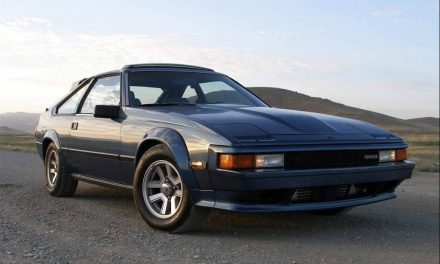 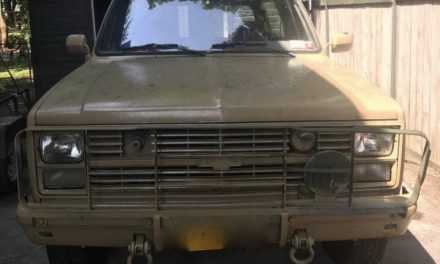