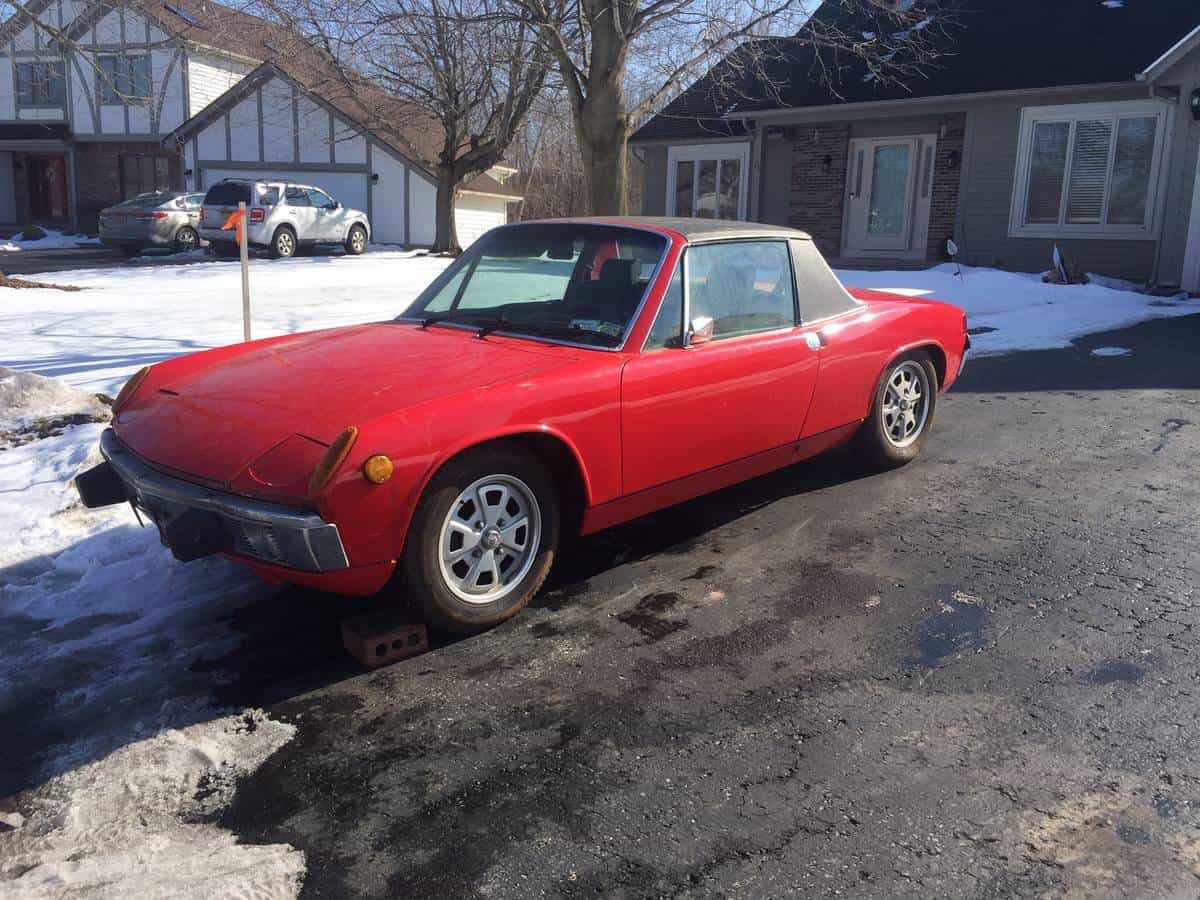 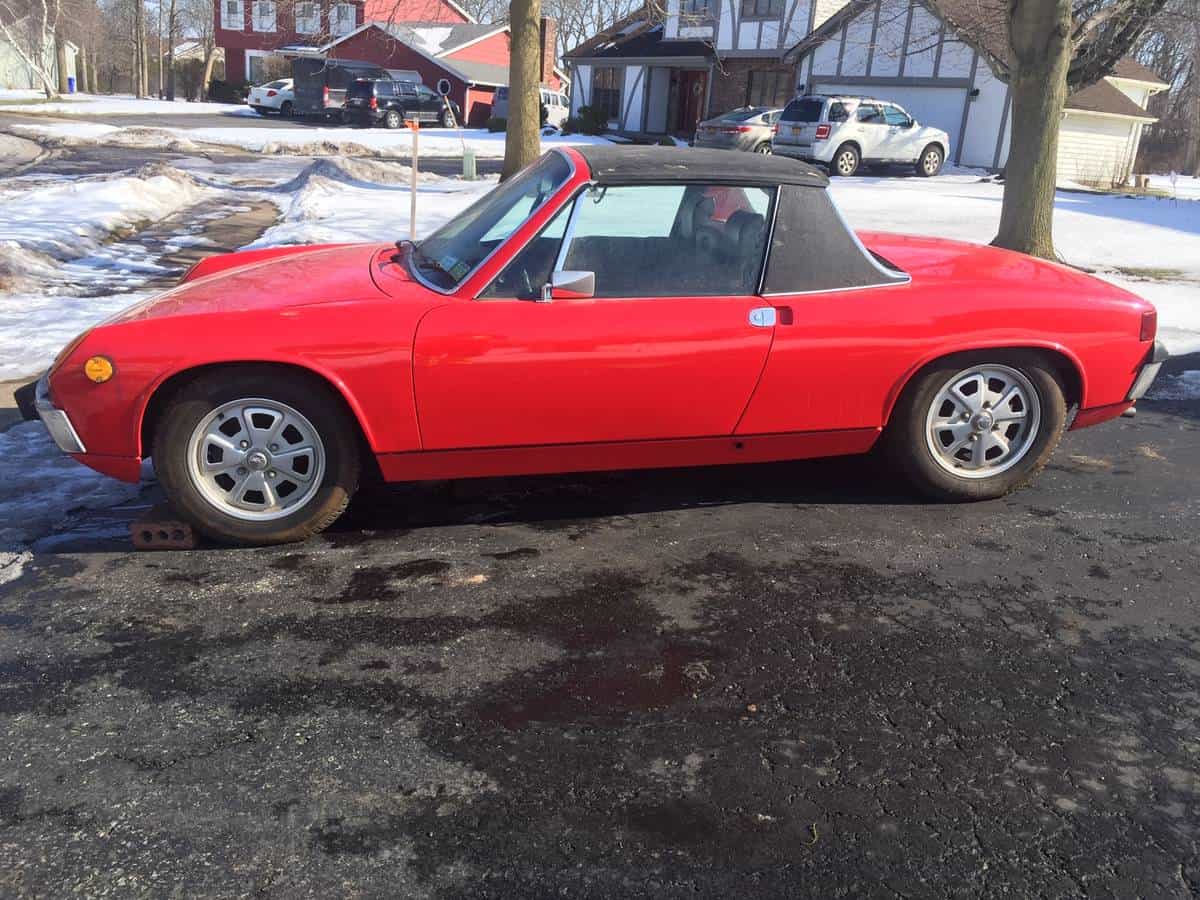 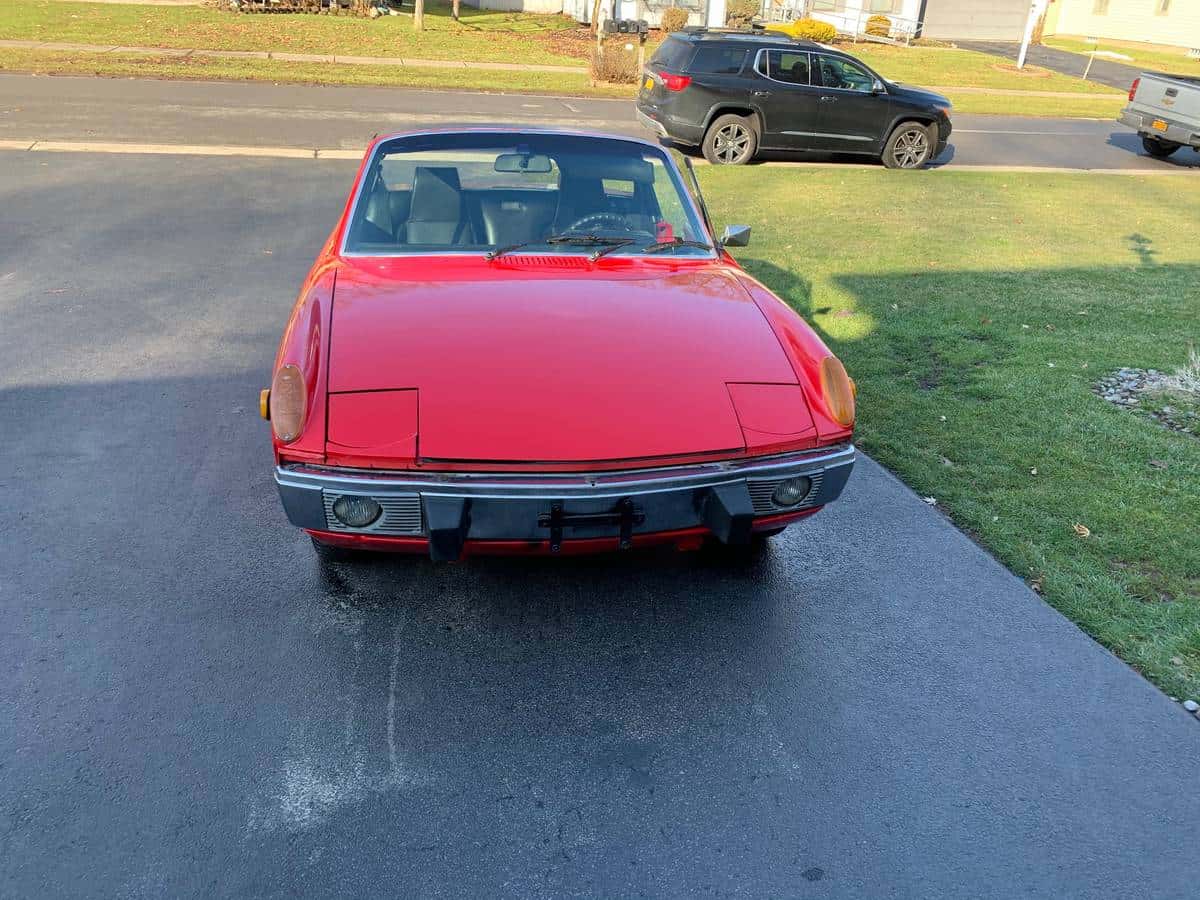 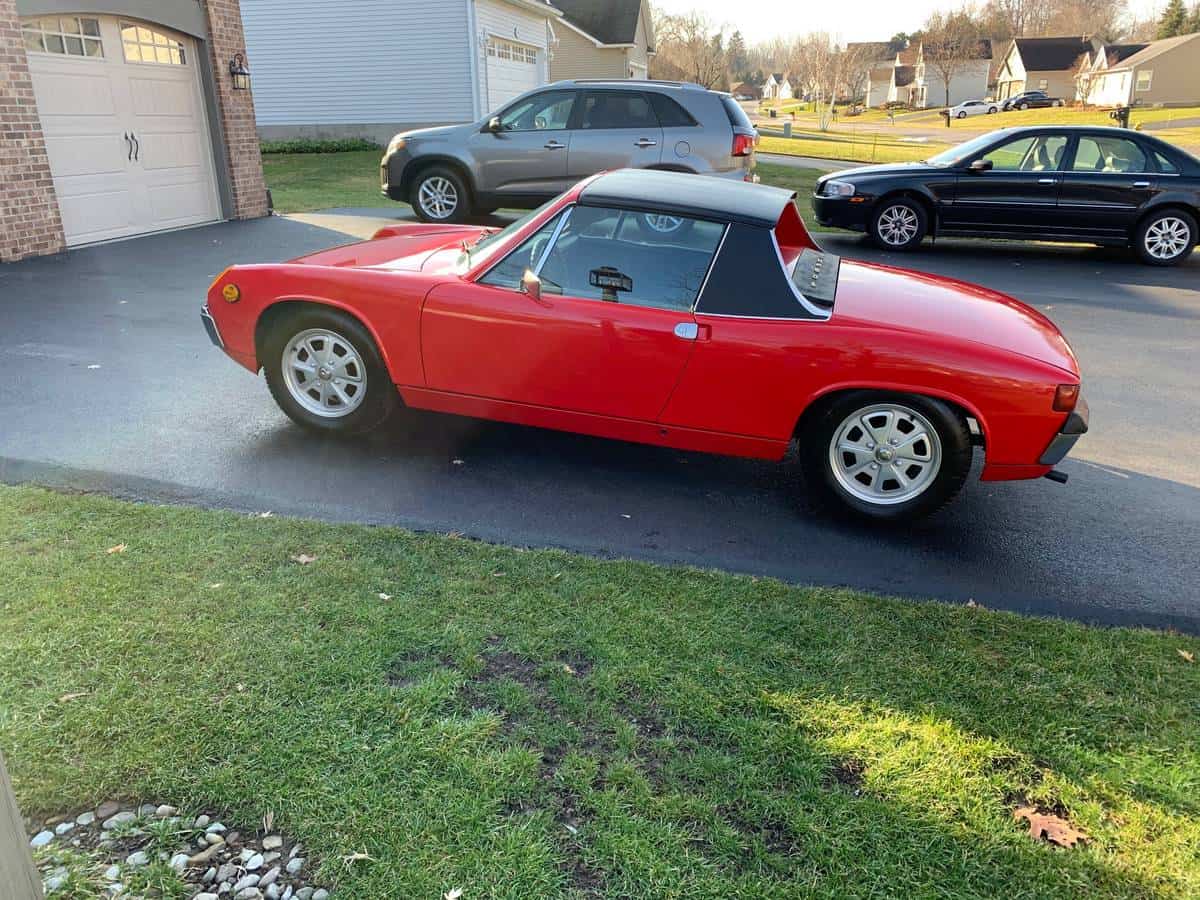 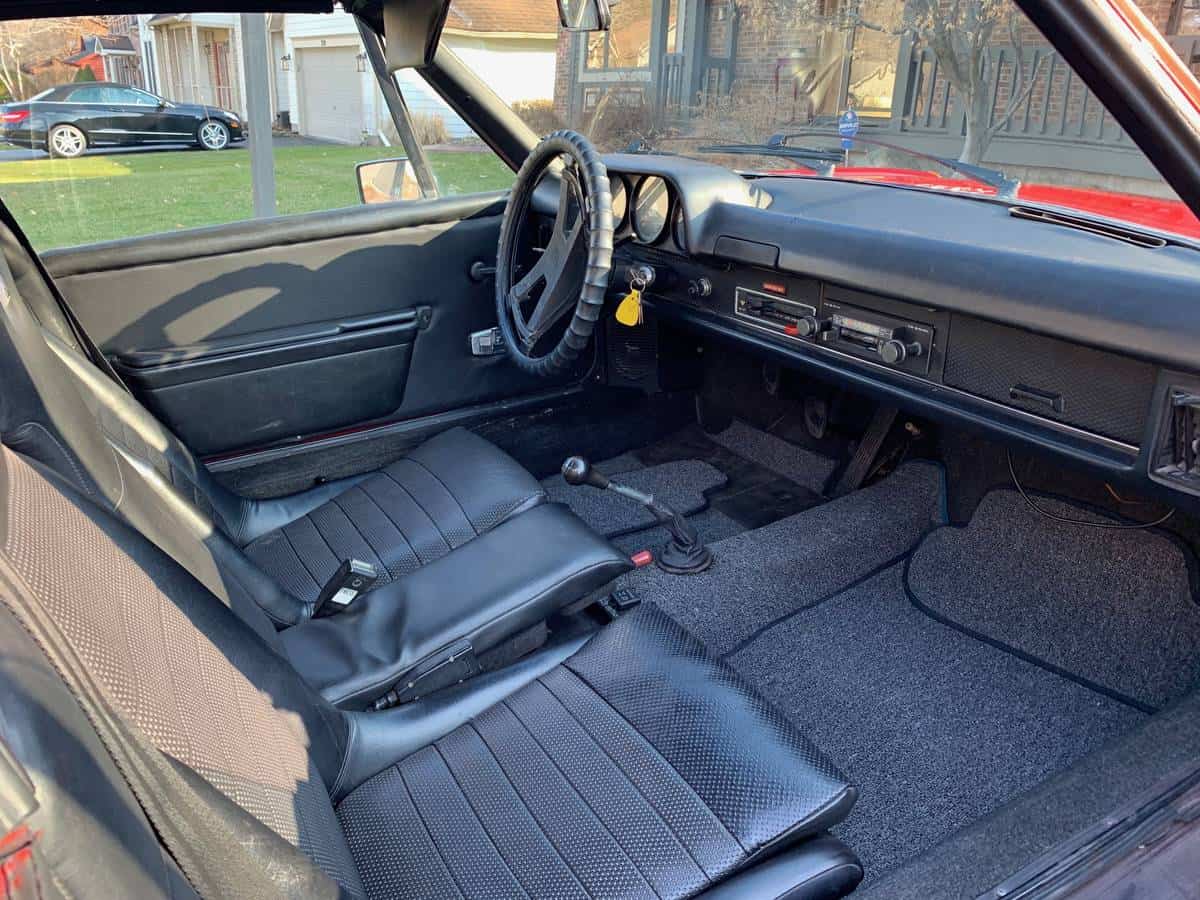 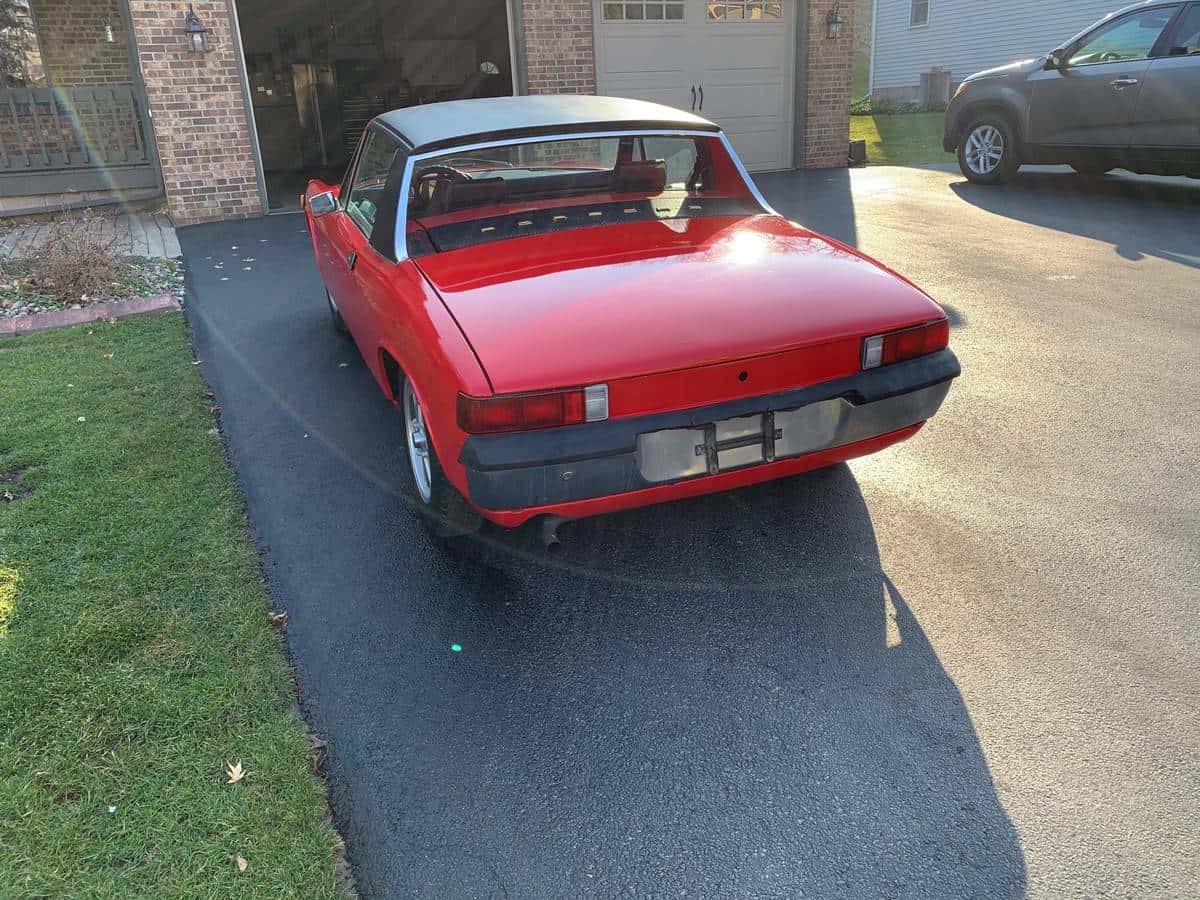 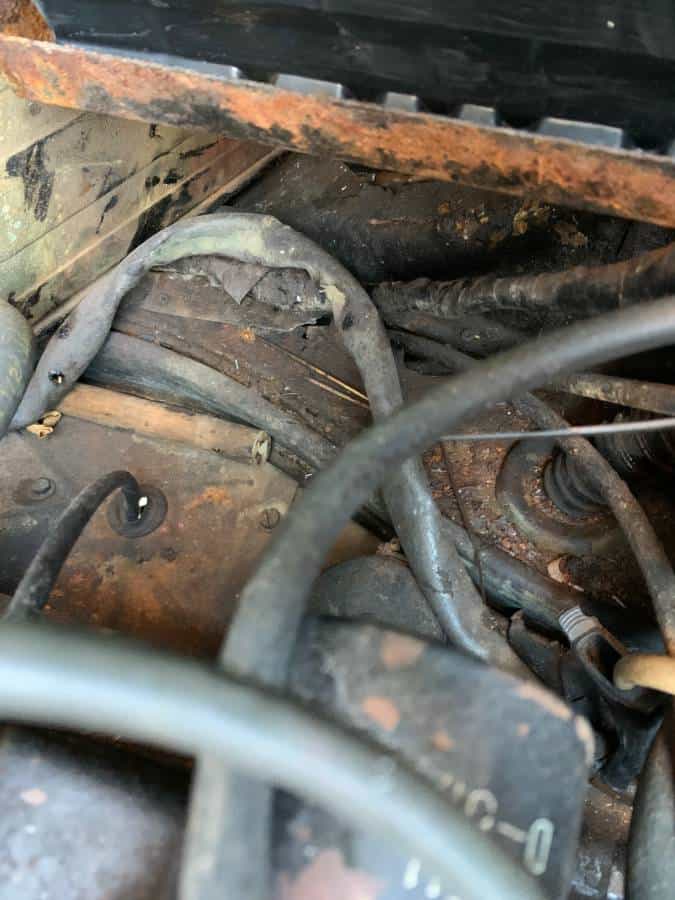 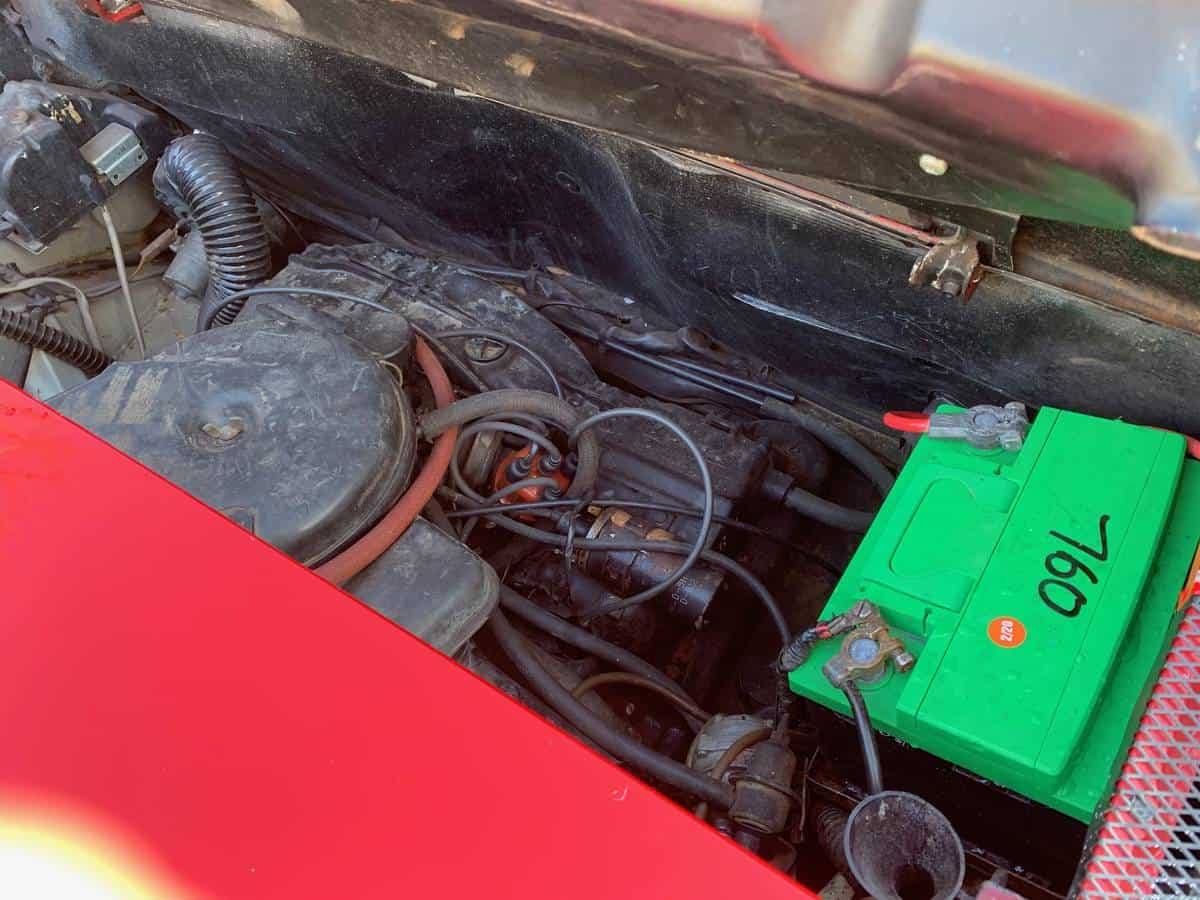 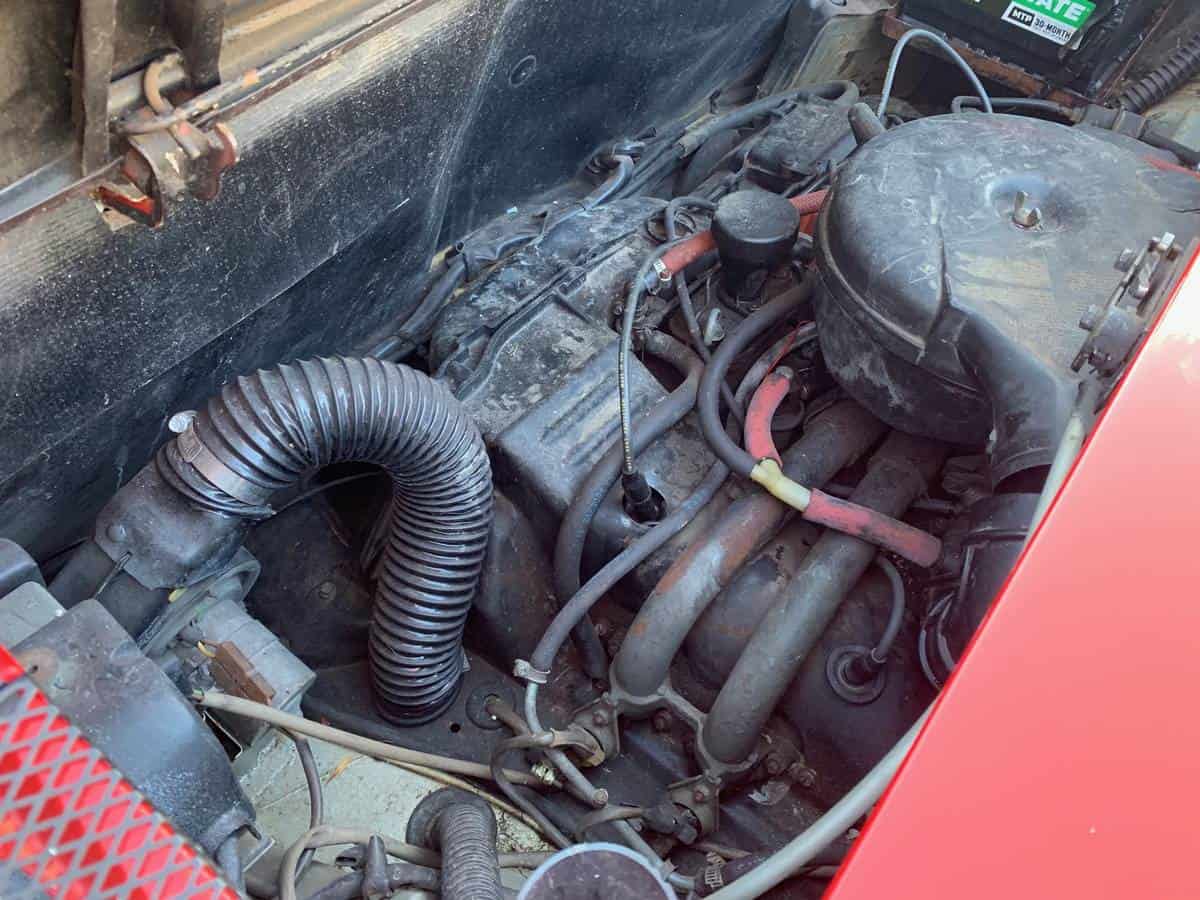 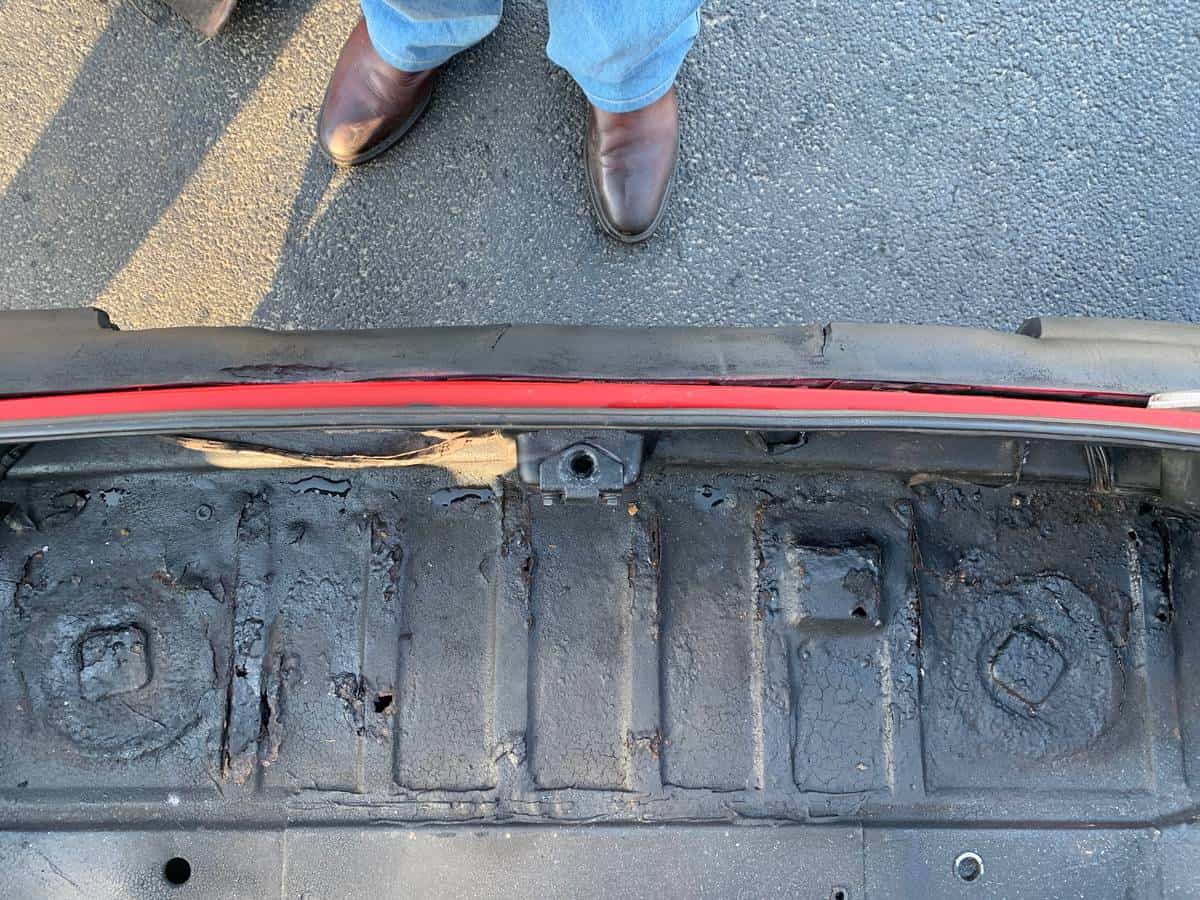 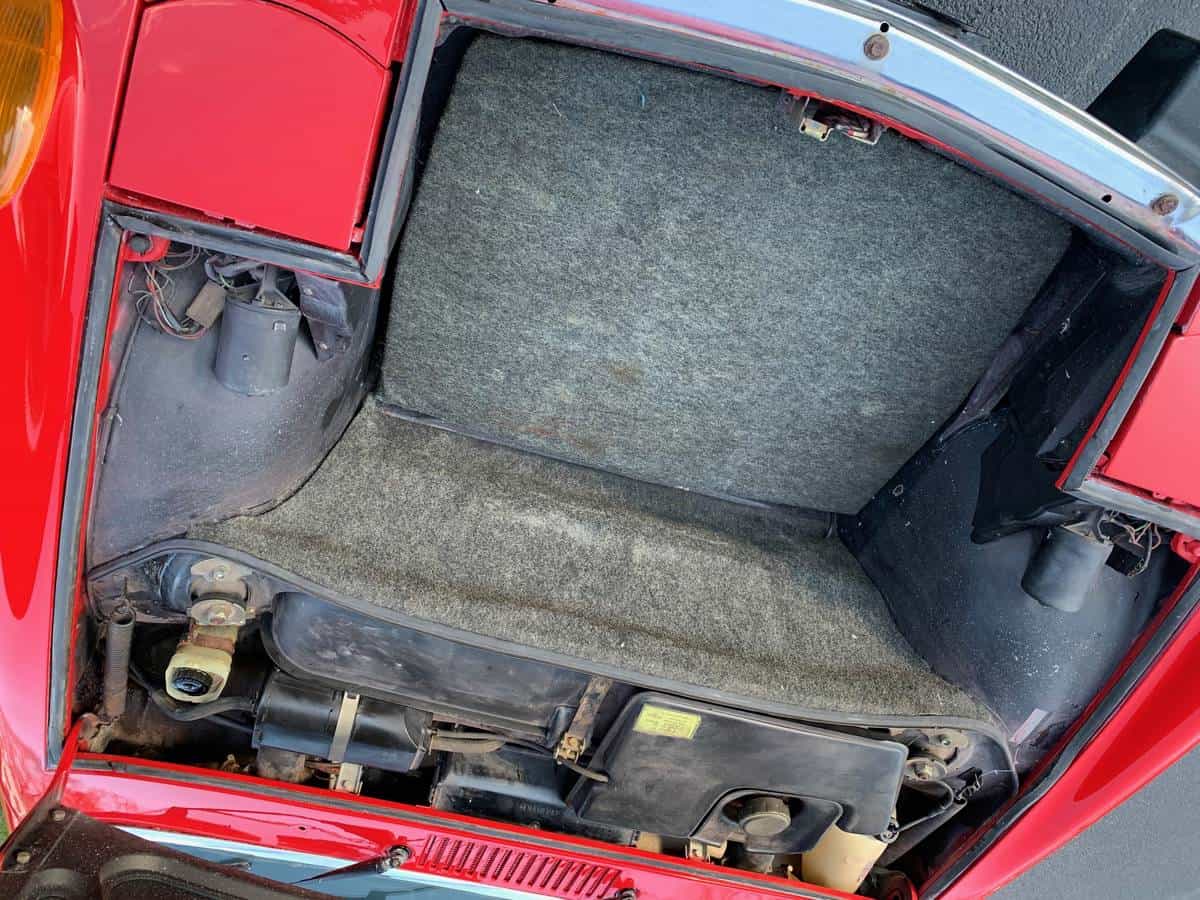 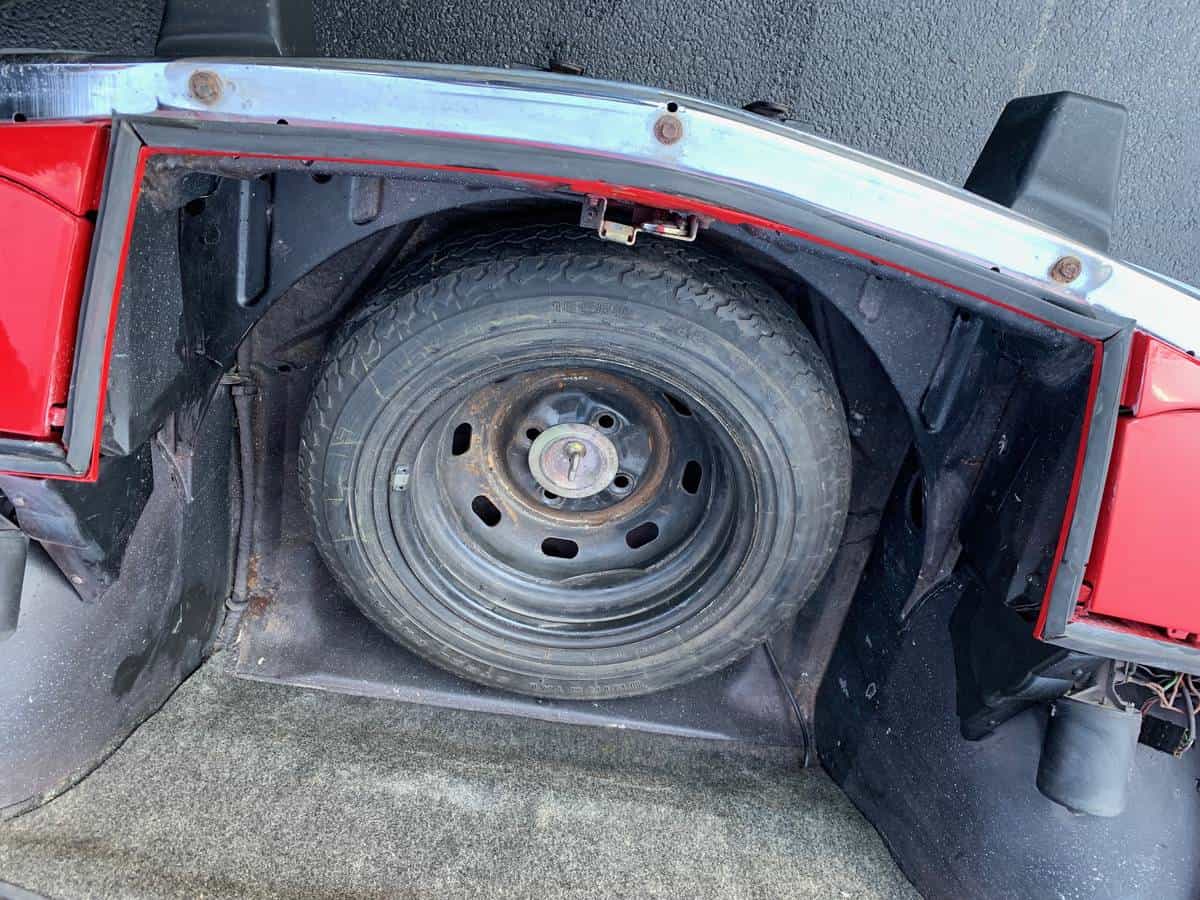 To the untrained eye, a fresh bright red paint job can fool a potential buyer into purchasing a car that might not be worth what’s being asked for it.  We have a funny feeling that may be the case with this red over black vinyl 1973 Porsche 914 1.7 Liter 5-speed listed on Craigslist in Irondequoit, New York (Rochester) for the asking price of $6,995.  A review of the Hagerty Insurance Online Valuation Tool confirms the private sellers have their 914 priced about $1,200 less than the current #4 “Fair” (Daily Driver) estimate of $8,200.

Here’s our take on the good, the bad, and the ugly on this 914.  First the good:  the interior presents well and appears to be in excellent condition.  This example has the very desirable Fuchs wheels that present very well. Now, the bad: This example is the less desirable 1.7 Liter base model.   Additionally, we note all Porsche 914’s came with a black ABS plastic rocker panel moldings which this example is missing.  While it’s a great way to confirm a lack of rust in that area of the car, it’s an immediate signal this 914 has been repainted.  Now the ugly:  between the obvious paint overspray in the frunk and the rear compartment, your in-person inspection will likely confirm at best an amateur respray.  What concerns us is the picture of the rear trunk area as the heavily undercoated section appears to be hiding a rusty panel.  This being a Western/Central New York car, this original did not do well in the heavily salted roads, so we would crawl underneath to assess the pan of this 914.  The bumpers also appear to be worn and cracked which will also require replacement.

While it may seem like we’re nit-picking a Porsche priced below “Fair” condition, we’re doing it for good reason:  the most expensive car you can buy is an inexpensive Porsche.  Good luck with the purchase! 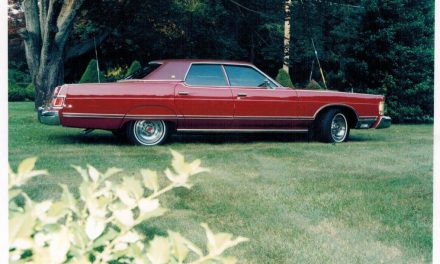 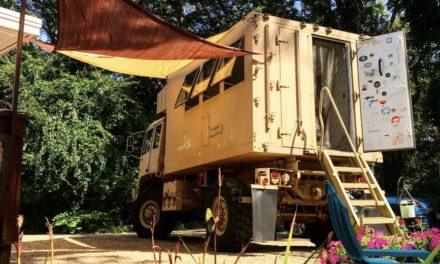