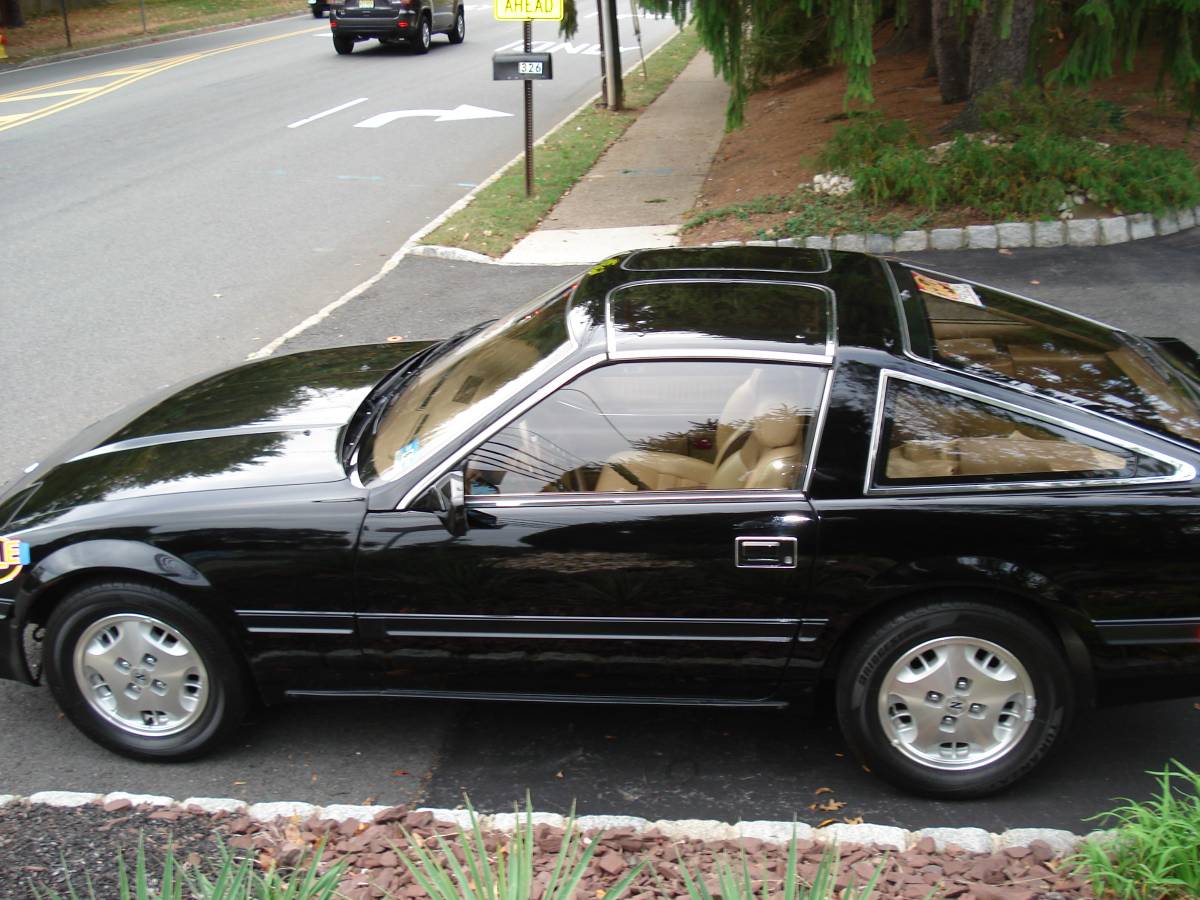 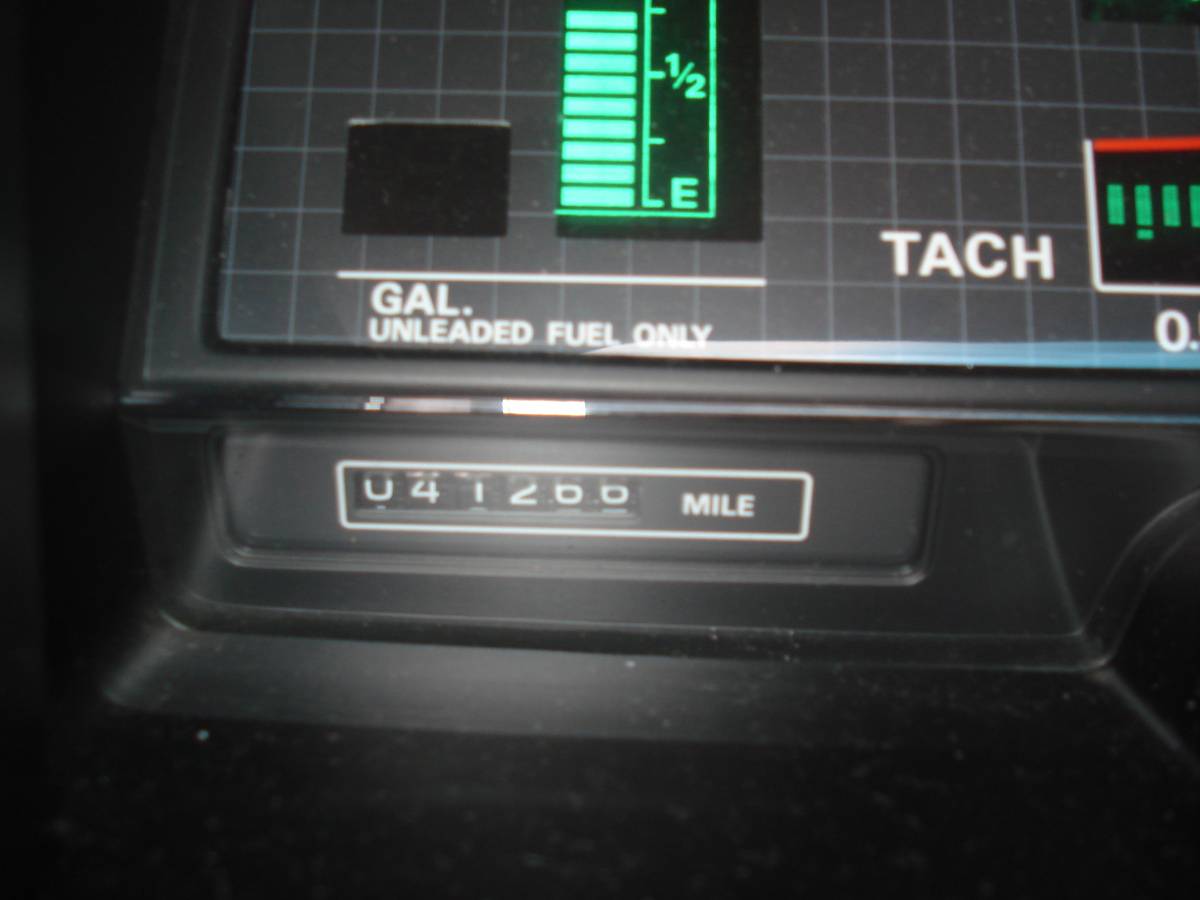 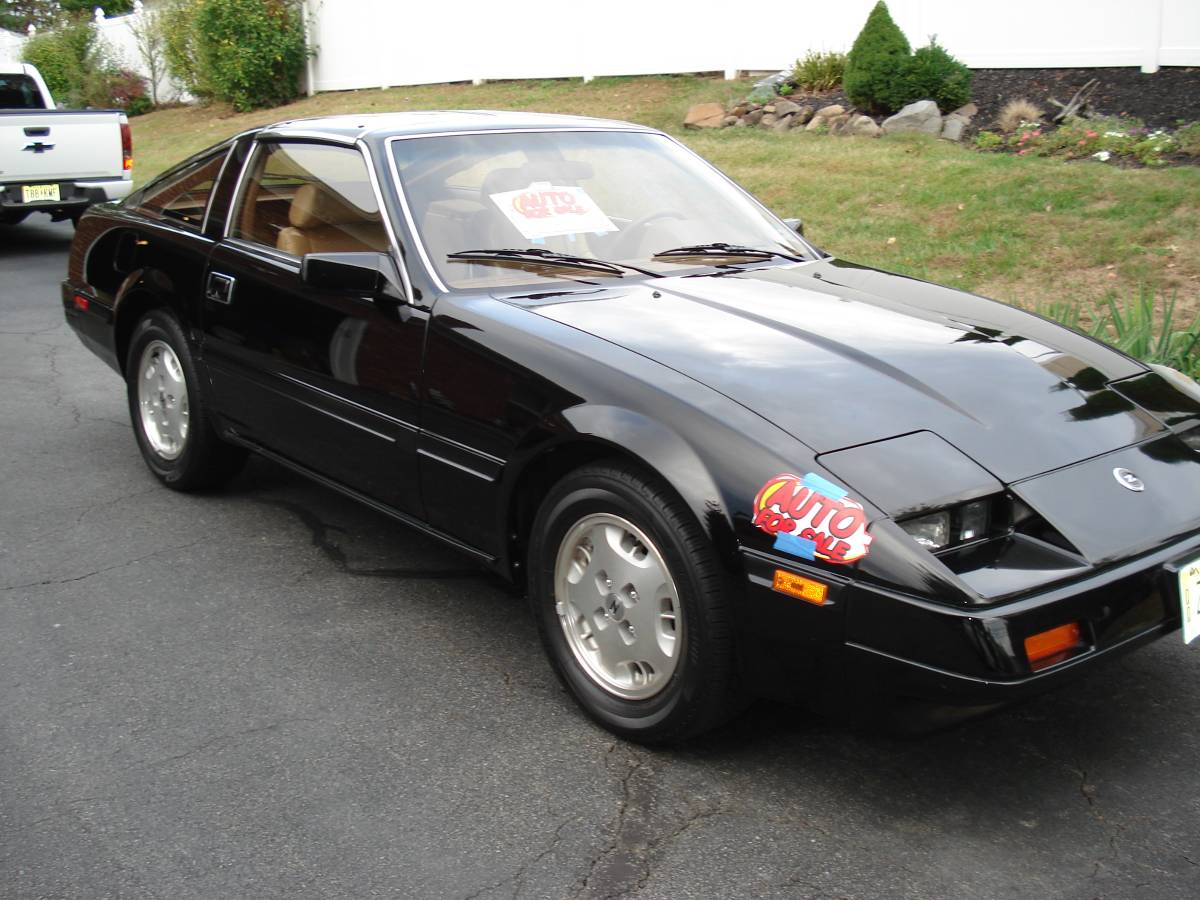 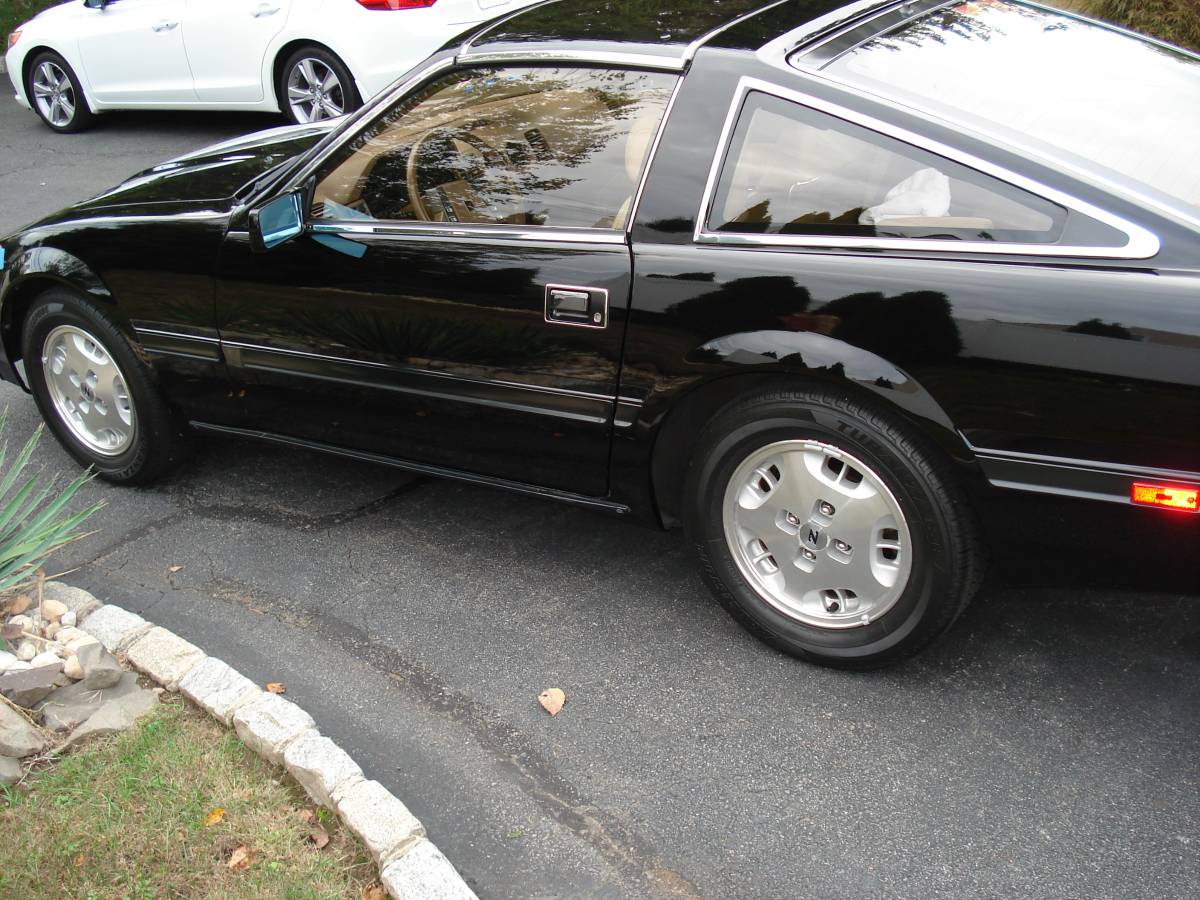 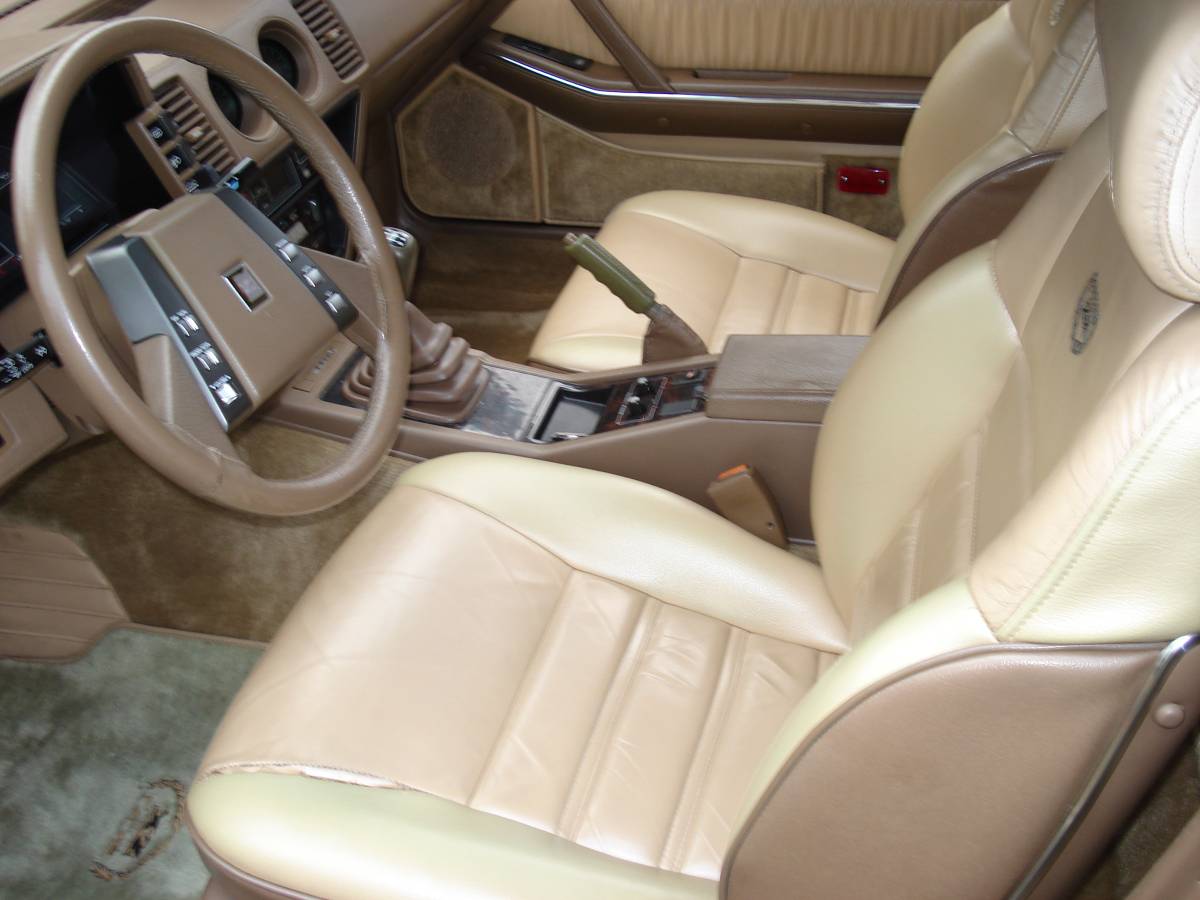 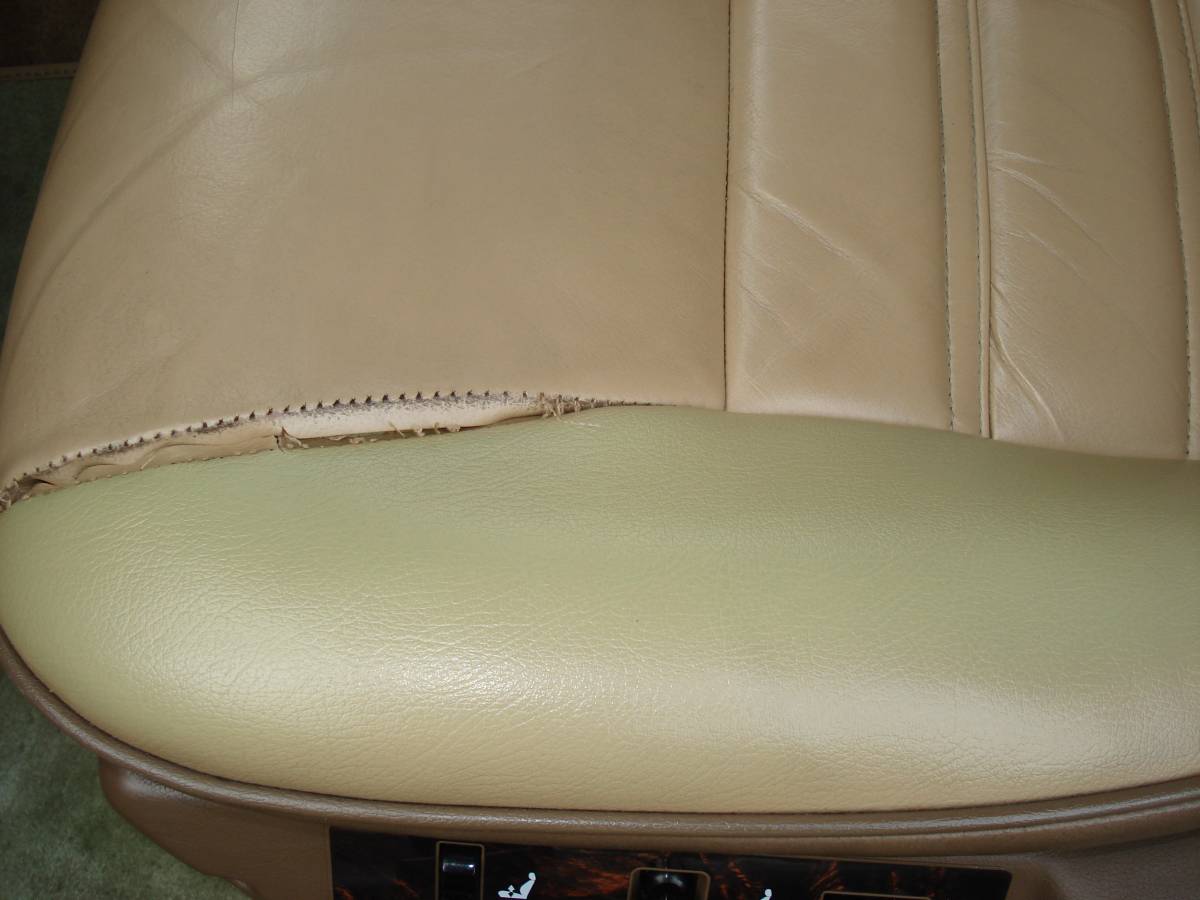 Despite enjoying a huge performance improvement over its luxury-laden 280ZX predecessor, Z31 300ZXs such as this black over tan 1985 example currently listed recently on Craigslist in Parsippany, New Jersey are still considered sporty cars rather than full-on sports cars the Z32 successor Nissan later brought to market.   With 41.3K original miles, the believed-to-be original owner just reduced his asking price to $10,500.  According to the Hagerty Insurance Online Valuation Tool means he still has it priced between the #1 “Concours” level $14,100 and the #2 “Excellent” appraisal of $9,400.

In the early 1980s, Nissan decided to rebrand its business in countries using the “Datsun” name to one single global brand.  Consequently, the new-for-1984 Z31 300ZX utilized both a Datsun and a Nissan badge on the hatchback lid in the U.S. market. This continued in the U.S. until the 1985 model year when Nissan standardized its brand name worldwide and dropped the Datsun badge. All publications for the Z31 chassis 300ZX and its predecessors were copyright Nissan North America. Designed by Kazumasu Takagi and his team of developers, the 300ZX improved aerodynamics and increased power when compared to its predecessor, the 280ZX. The newer Z-car had a drag coefficient of 0.30 and was powered by Japan’s first mass-produced V6 engine instead of the inline 6 of the previous Z-cars. According to Nissan, the new V6 engine was intended to uphold the sporty, six-cylinder spirit of the original Fairlady Z, but in a more compact and efficient package.

With its 5-speed manual transmission and optional T-Tops, this is no doubt a fun, sporty, and reliable collector car.  The digital dashboard will be a big hit if you decide to show this car at an upcoming RADwood event.  With limited pictures, the only thing we would attend to immediately is having a professional upholsterer repair the split seam on the driver’s seat cushion.  This is yet another example of a confusing post whether the original owner is selling the car or if he’s calling it a one-owner that he’s looking to flip. Either way, the seller hints he’s looking to sell to help fund a recently purchased shore house, so that tidbit combined with current social distancing has us thinking a solid cash counteroffer will have you driving this Awesome car home.  Good luck with the purchase!

“1985 300zx one owner, garaged kept, never saw snow. incredible low mileage ( 41,200 miles ) very well maintained this creampuff is loaded with options ( engine : 6 cyl.( trans.) 5 speed manual T tops in perfect condition & they do not leak. all rubber around the whole car is in perfect cond. ( a/c , power brakes, power windows,power steering cruise control, power driver seat, new tires. this Z is in near perfect condition & awaits a new home. purchased a shore house , need cash. serious inquiries only. I have seen other Z’s 4 sale at a lower price but they cannot compare to this creampuff. come see for yourself. REDUCED PRICE 10500“ 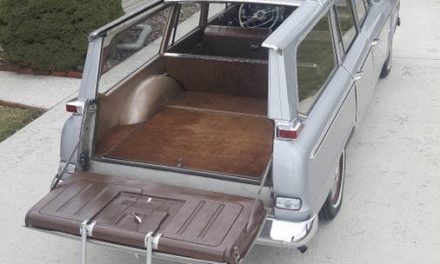 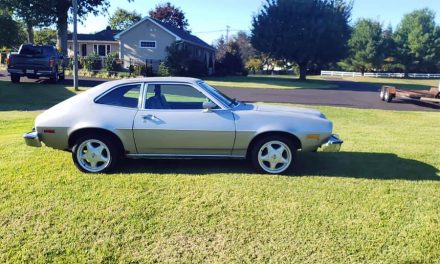 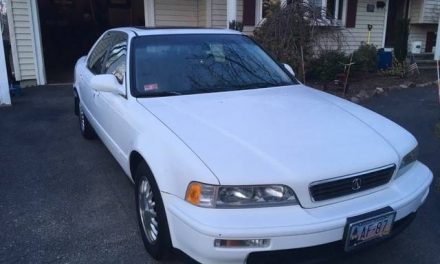