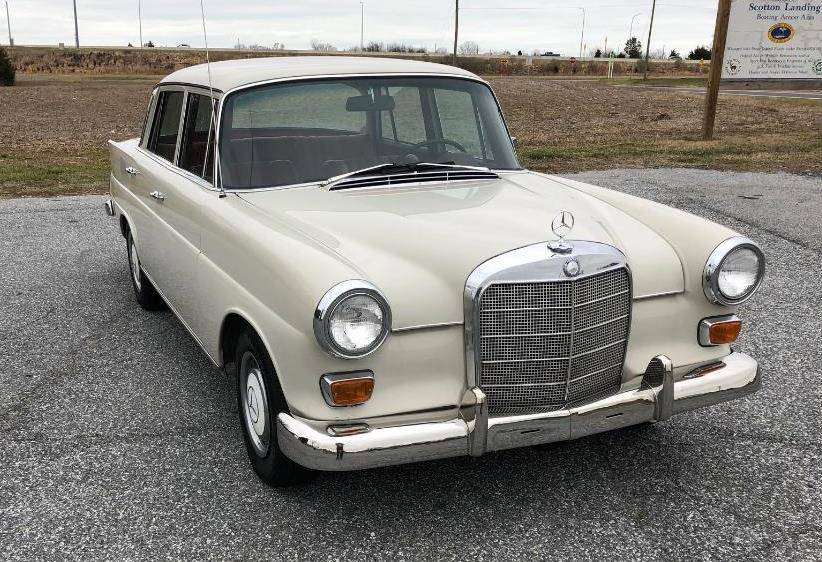 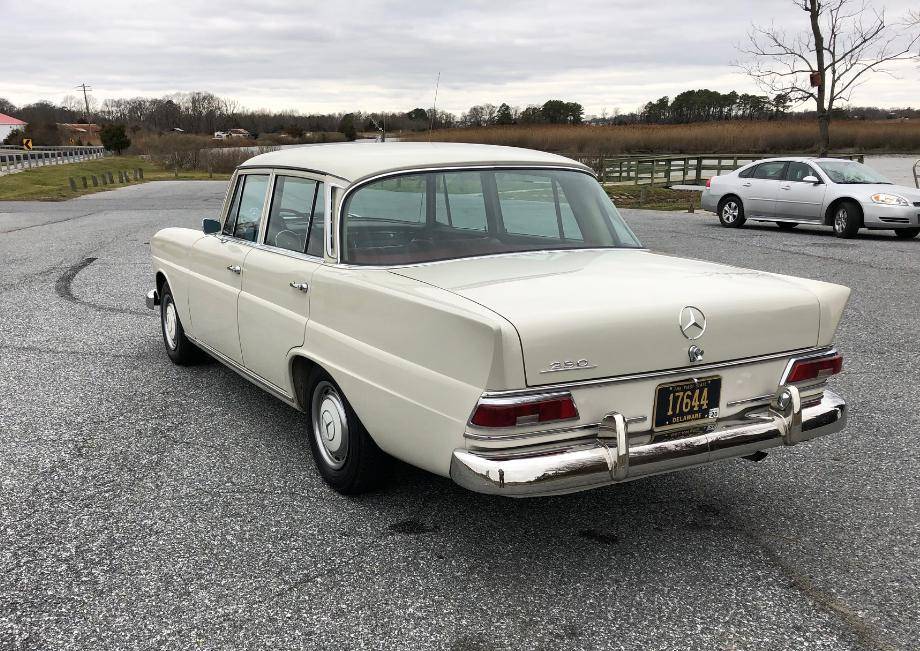 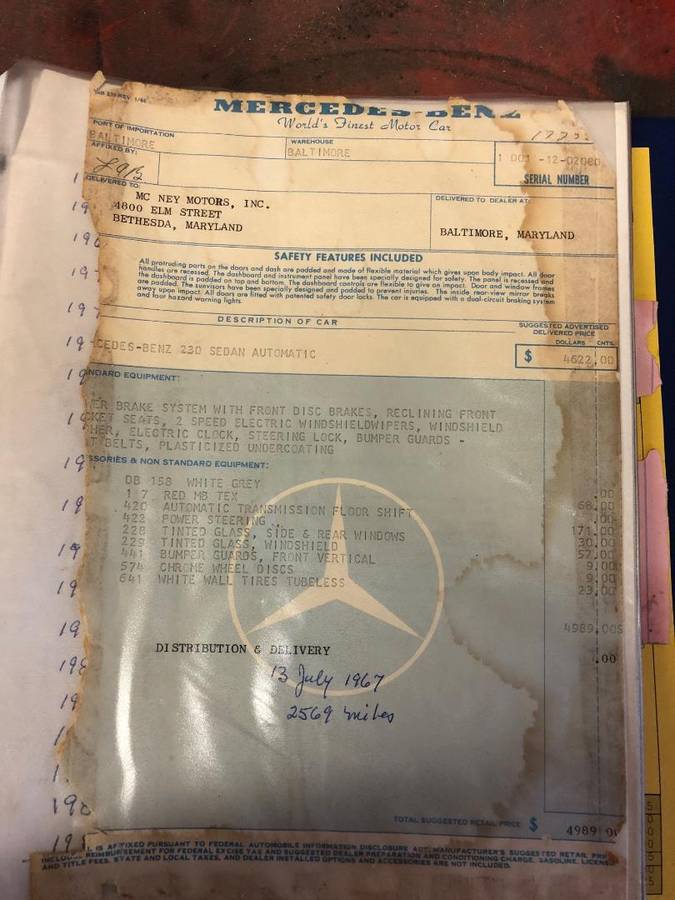 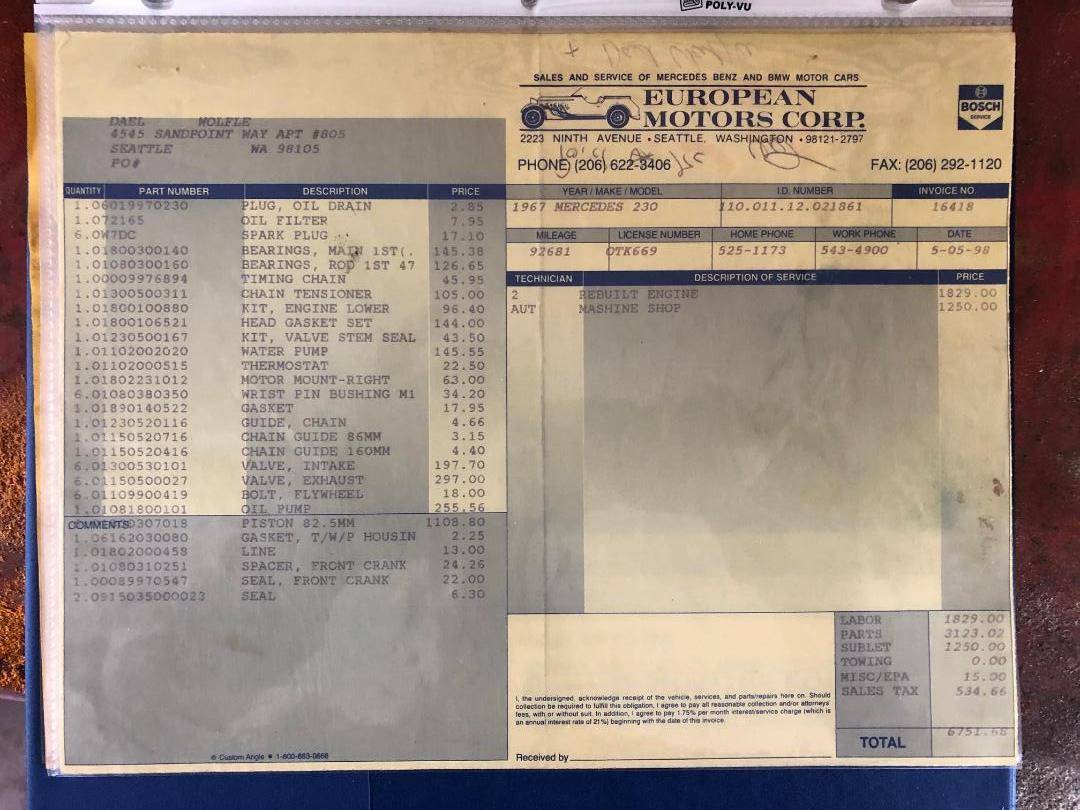 April 10th Update:  when we first featured this Mercedes-Benz Fintail sedan in early February, the seller seemed adamant about his $15,000 asking price.  Fast forward two months and we find the seller providing a more casual listing with a lower $12,500 price tag.  If you’re looking for a no-frills classic german car to visit local shows with later this summer, this Fintail Mercedes sedan makes for an economical alternative.  Good luck with the purchase!

Visually, the second series models had the front indicators relocated from the top of the front fenders to below the headlights. At the rear, the taillights were squared off and the chrome trim was revised to feature two horizontal trim strips instead of chrome-trimmed tail fins. All models now featured air outlets with chrome trim on the C-pillars (identical to the W111 models). Inside, there were very few changes except all models now featured reclining front seats (excluding the bench seats), which had previously been an option on the 190c and 190Dc. The 230 had a central armrest in the back seat as standard.

We like this classic Mercedes for what it’s not. This is a plain-jane comfortable entry-level Mercedes-Benz in a great color combination that may not get you much attention, it will get gain you entry into any car show you elect to drive it to.  Good luck with the purchase!

“Condition is Very good to Excellent.
All original, no rust
Interior is excellent, everything works, clock , AM/FM radio. 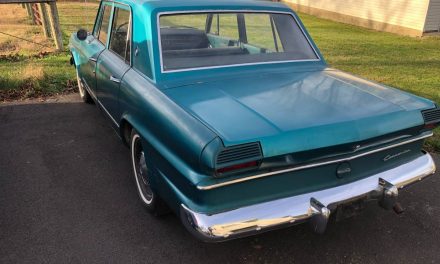 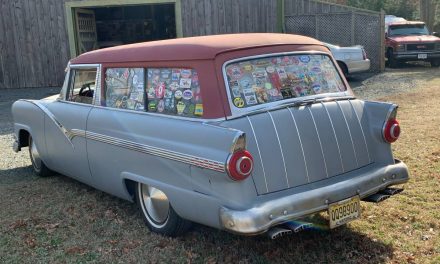