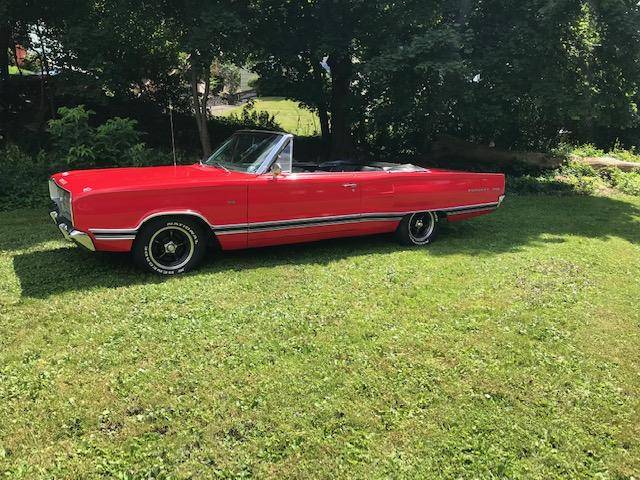 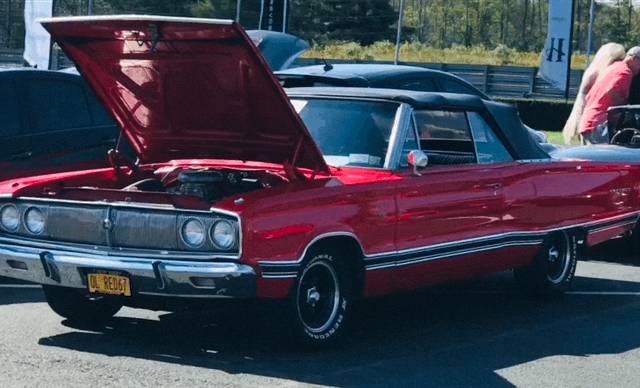 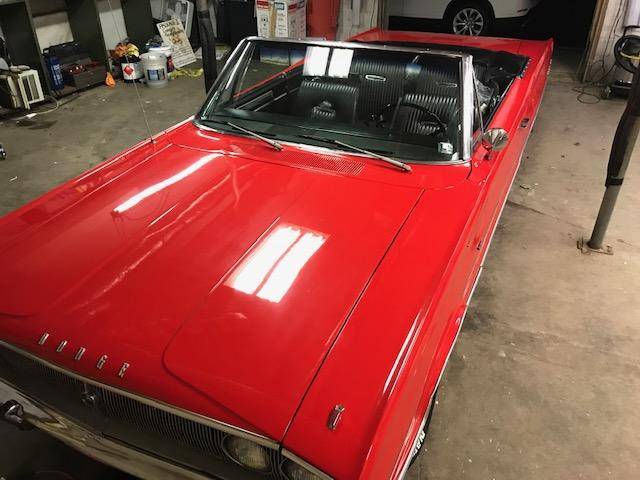 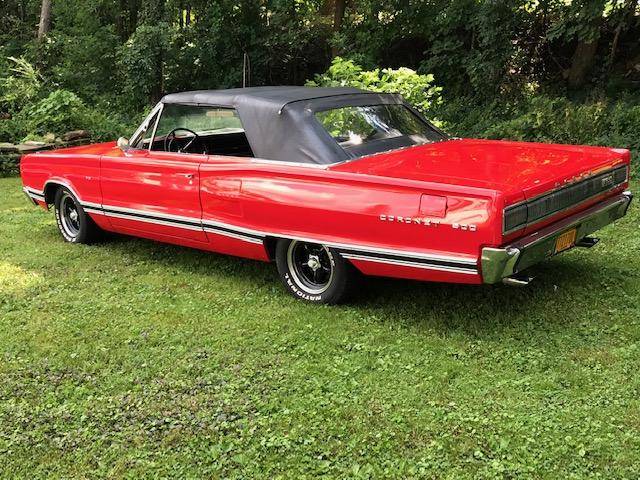 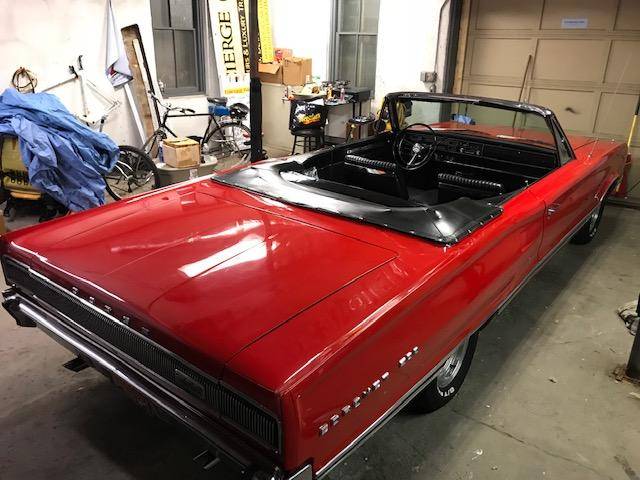 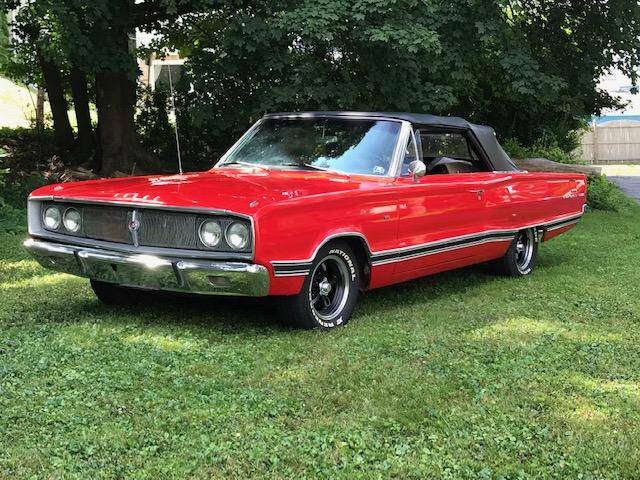 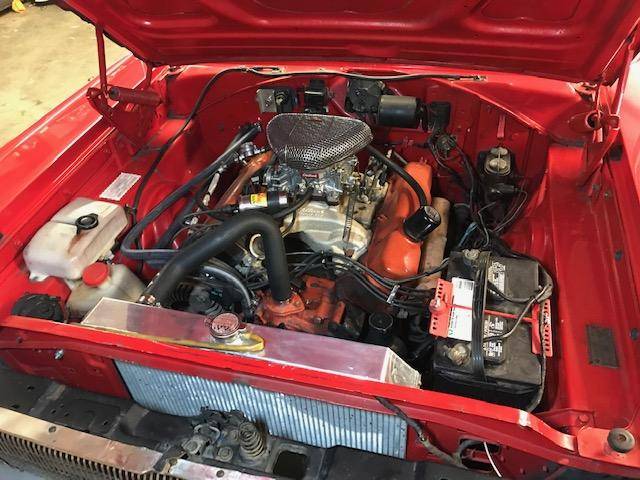 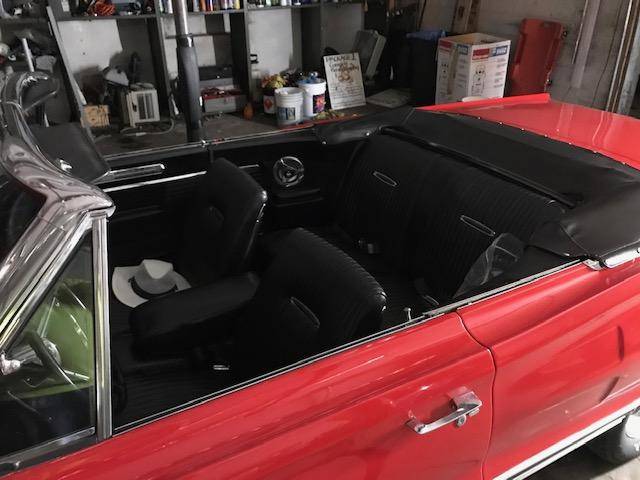 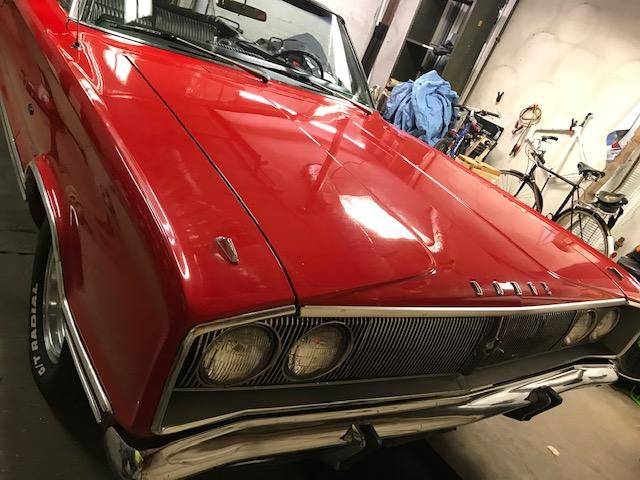 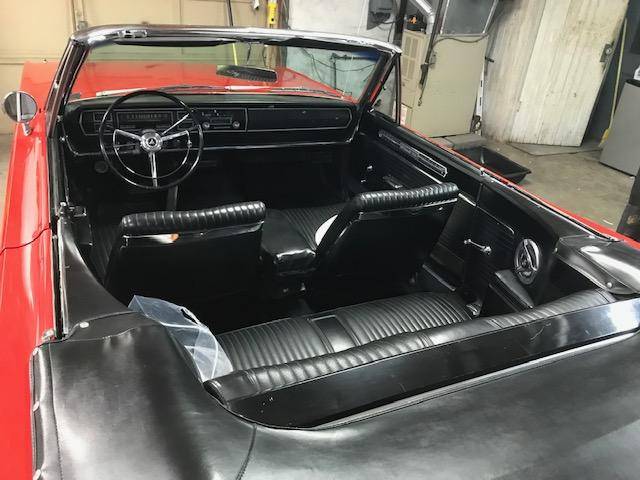 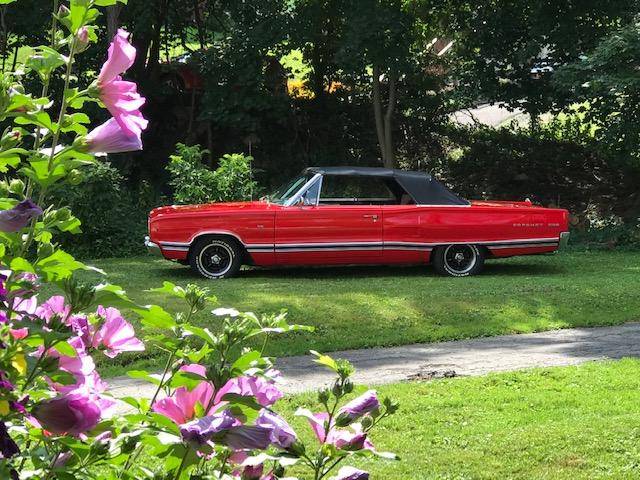 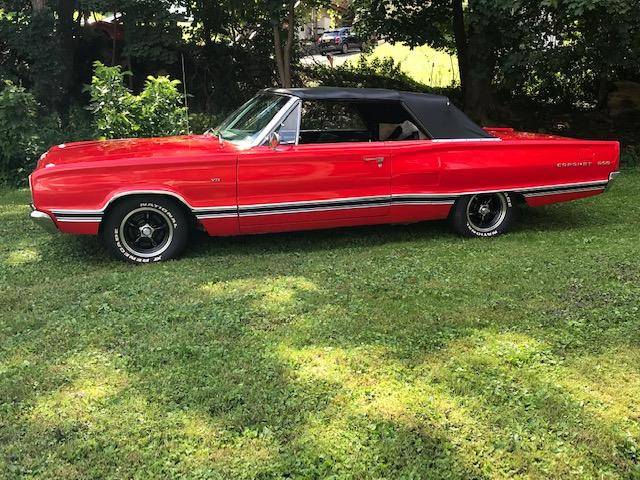 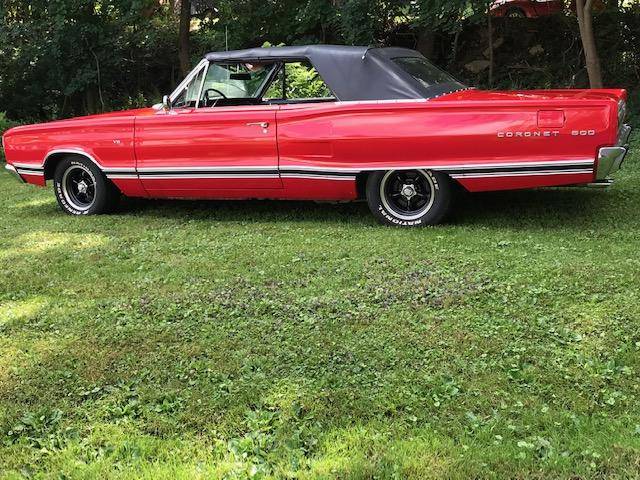 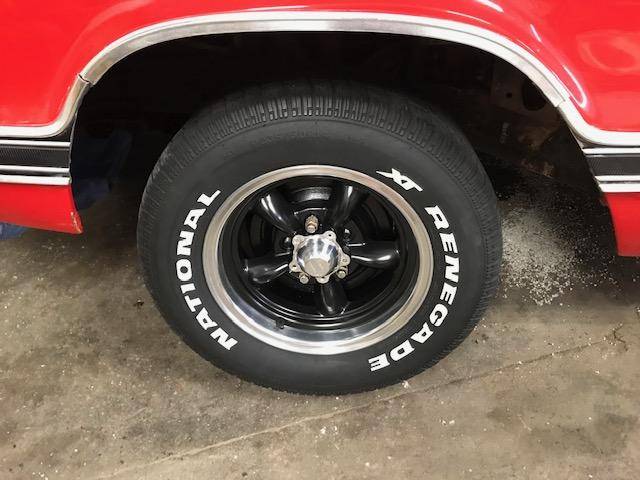 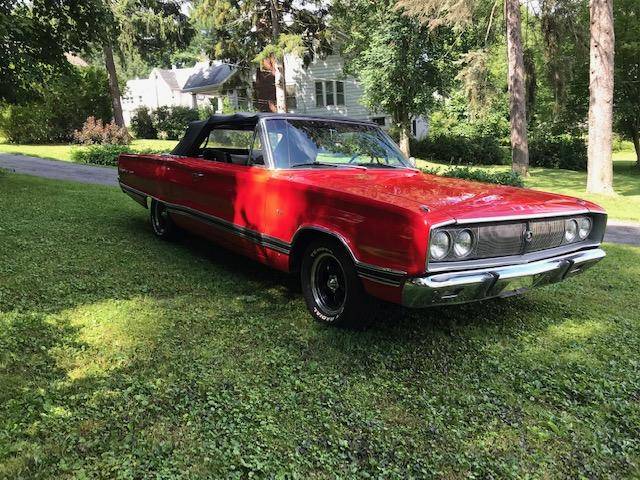 The Coronet 500 was Dodge’s top intermediate B-Body-based car for 1967 with big-block powered convertibles such as this red over black example still listed on Craigslist in Binghamton, New York with an asking price of $29,950.   Checking the Hagerty Insurance Online Valuation Tool confirms this private seller has their Dodge priced between the #2 “Excellent” appraisal of $39,000 and the #3 “Good” estimate of $26,400.

Chrysler produced the fifth generation Coronet line as an intermediate B-Body based offering from 1965-1970.   Trim levels initially were base Coronet including a Deluxe version, Coronet 440, and Coronet 500.  The base Coronet and Deluxe were available as two-door sedans, four-door sedans, and station wagons.  The top of the Coronet line-up was the Coronet 500 and was available only as a two-door hardtop or convertible with a standard 273 cubic inch small block V8 engine, exterior trim and badging, bucket seats, padded dash, and chrome floor console.  Examples such as the featured here could be ordered with an optional 383 cubic-inch big-block V8.

Here’s a commercial featuring the ’67 Dodge Coronet as the low-priced getaway car:

A nice driver-quality convertible you can have fun in and not be embarrassed displaying it at a local car show.  While the original 383 big- block is long gone, the replacement 440 magnum provides a very similar experience.  Good luck with the purchase!

“1967 Dodge Coronet 500 Convertible
California Car was discovered in storage in a barn in Pennsylvania a few years ago. Car was purchased from California owner in 2001 and brought to Pennsylvania and stored in barn near owners house. It has all service records since new showing transmission overhaul, new top and engine replacement with 1968 440 magnum. It originally was built with 383 big block. The current motor has less than 10,000 miles since it was installed. The car has been driven only about 4000 miles since 2001. It has the 727 3 speed automatic transmission, black vinyl interior in very good shape with buckets and armrest center console. It has aftermarket Jensen stereo with CD and Rockford Fosgate speakers. Car is very clean with no apparent rust repairs or body rust showing, it has been shown a few times in past year and has won several trophies.“ 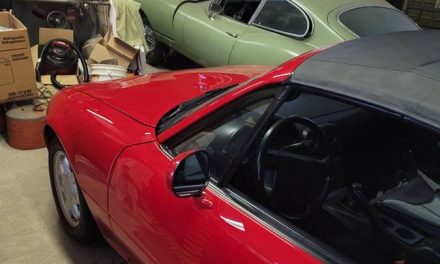 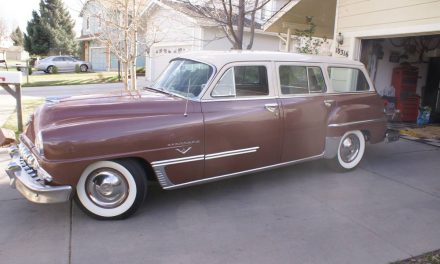 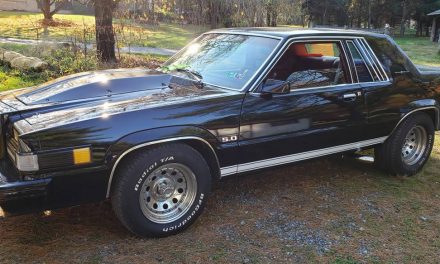