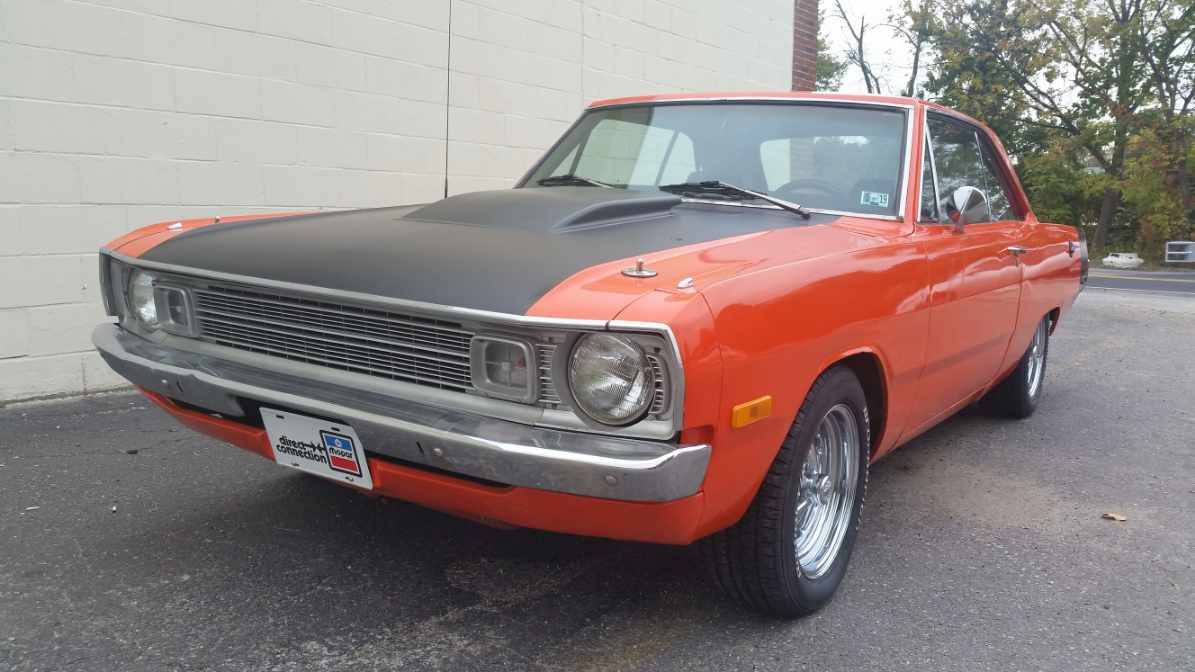 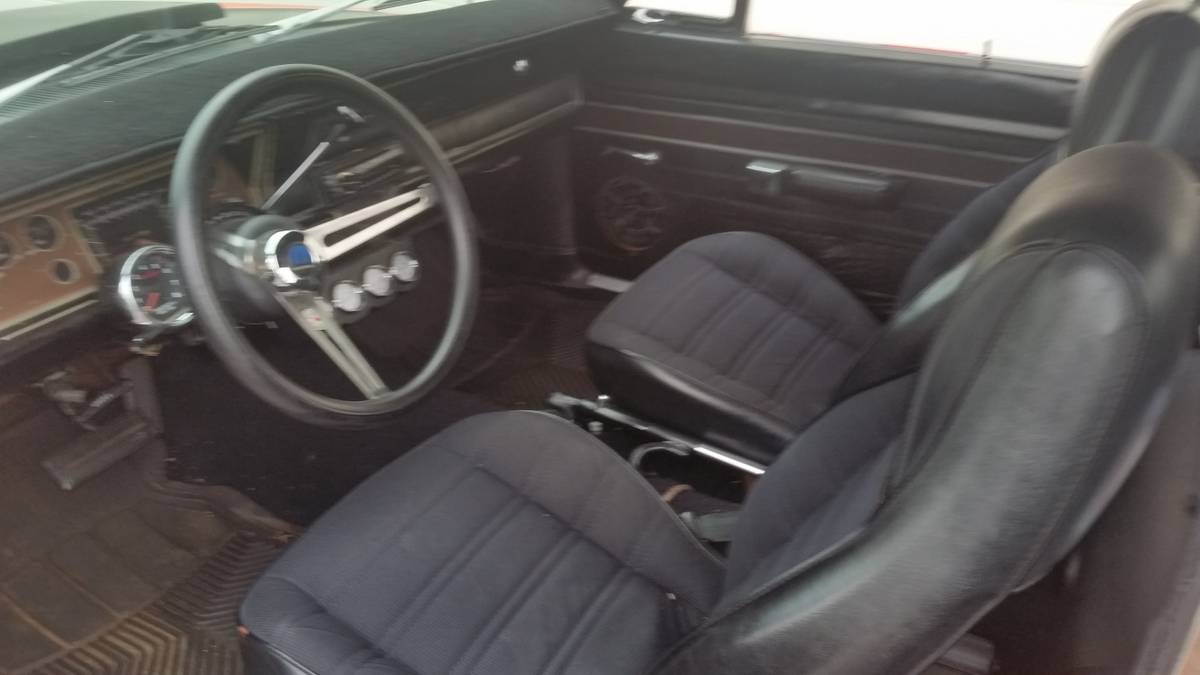 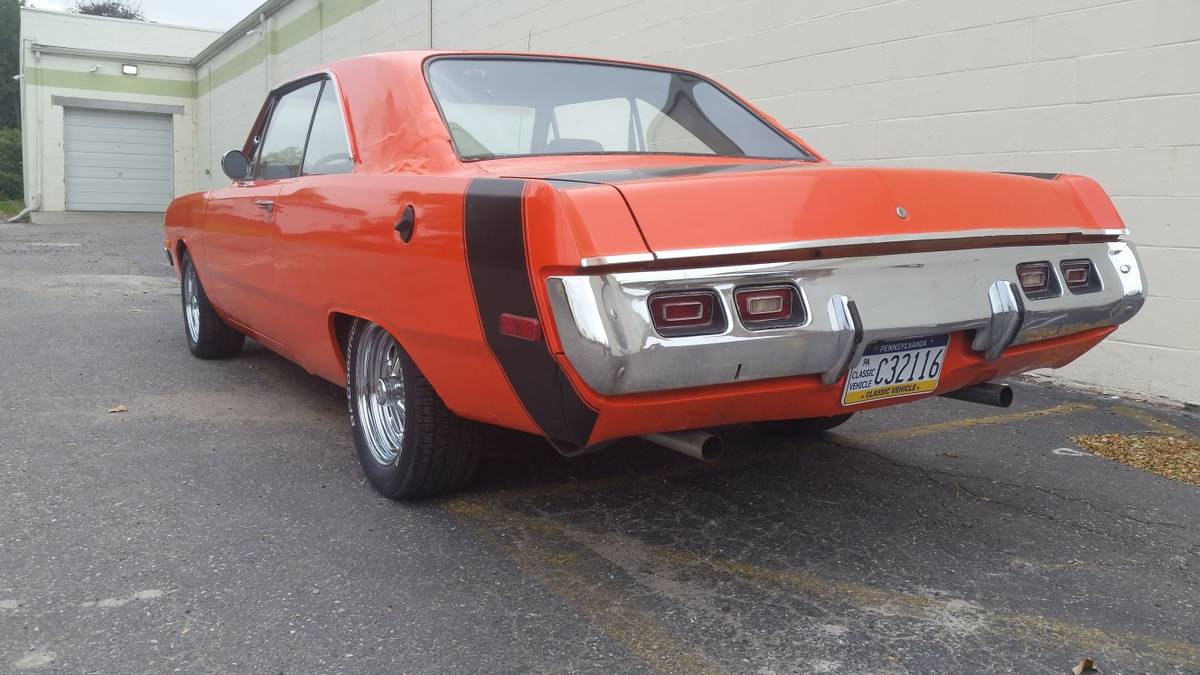 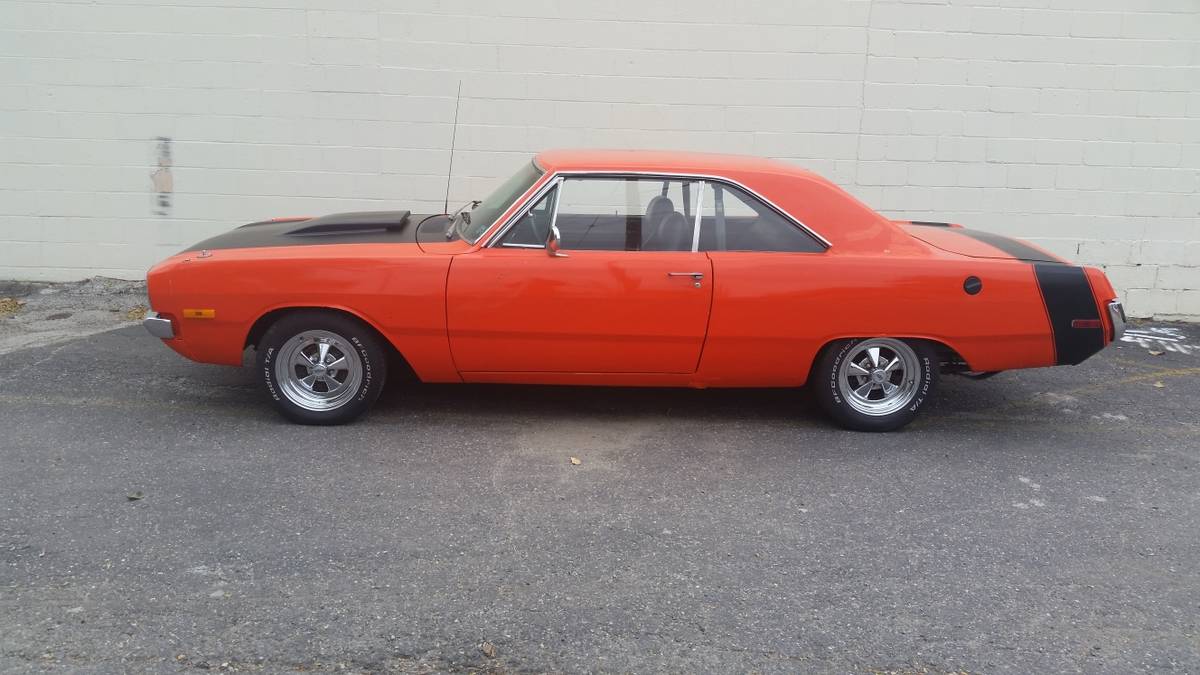 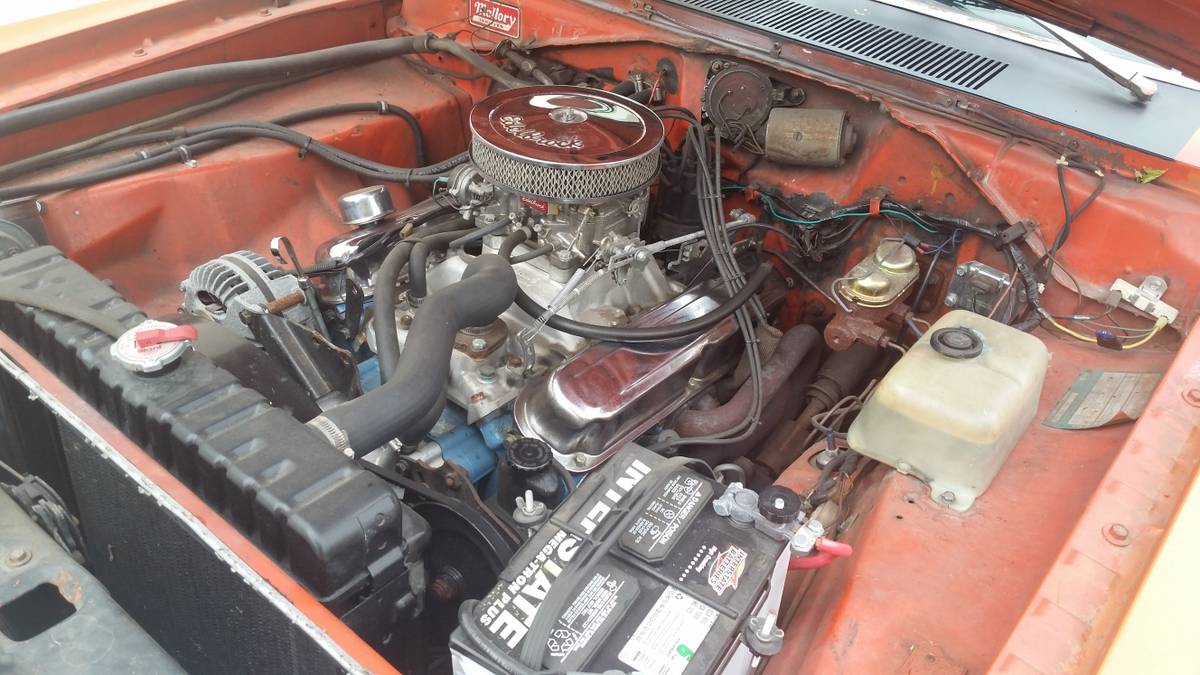 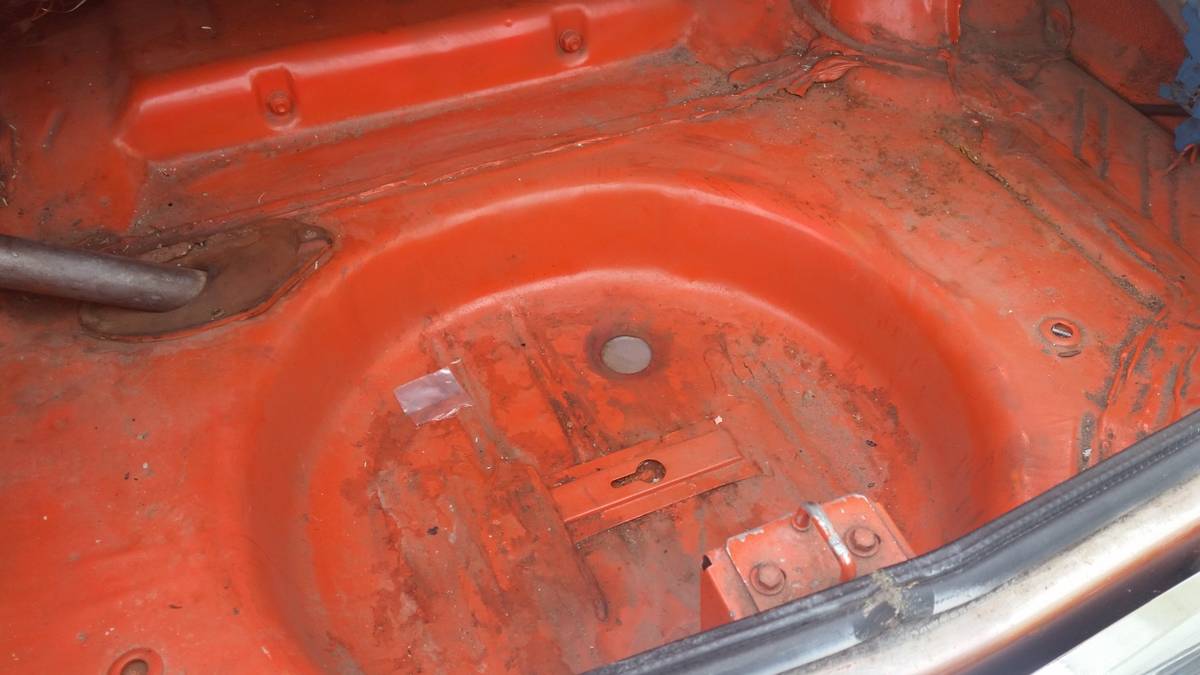 Anyone who attended high school in the late seventies or early eighties can identify with this 1972 Dodge Dart Swinger street machine listed on Craigslist in Bromall, Pennsylvania. Why? Well, chances are good an upperclassman at your high school drove a car looking very similar to this one.  The current caretaker is asking $6,500, which the Hagerty Insurance Online Valuation Tool confirms is $1,400 below the current #4 “Fair” (Daily Driver) estimate of $7,900.

Chrysler completely redesigned the Dodge Dart and sister car Plymouth Valiant for the 1967 model year by offering only two-door coupes and four-door sedans.  The new Dart model range included 2- and 4-door sedans on a newly lengthened 108 in (2,700 mm) wheelbase. The design was straightforward and rectilinear that we still believe took styling cues from Chrysler’s turbine-powered prototype, one of which Jay Leno still owns.  The body sides were mildly sculptured with a tapering lower feature line that widened toward the wheels. The new fenders had a vertical slab look. The grille was vertically split and subdivided horizontally. Vertical taillights were segmented and had a fanned-out look.  Federally-mandated safety equipment became standard on these new 1967 models, including a new dual-circuit brake system, collapsible steering column, front passenger shoulder belts.  A very popular version of this car was the two-door hardtop Dodge Dart Swinger such as the example featured here.

Here’s a Dodge TV commercial from 1971 showing all the features provided at no extra charge:

Based on limited pictures provided and a brief description, we’re hopeful this Swinger is a solid example throughout that won’t have any Bondo or hidden rust surprises awaiting your in-person inspection.  We’re not sure whether the seller’s “Freshen up drivetrain” statement means he’s already completed that or you will need to, so you’ll need to confirm that with him.  The exterior presents well in its Hemi Orange hue set off by classic Cragar SS style wheels.  This is a classic we think you could daily during good weather while you add your own touches as your budget and time allow.  Good luck with the purchase!