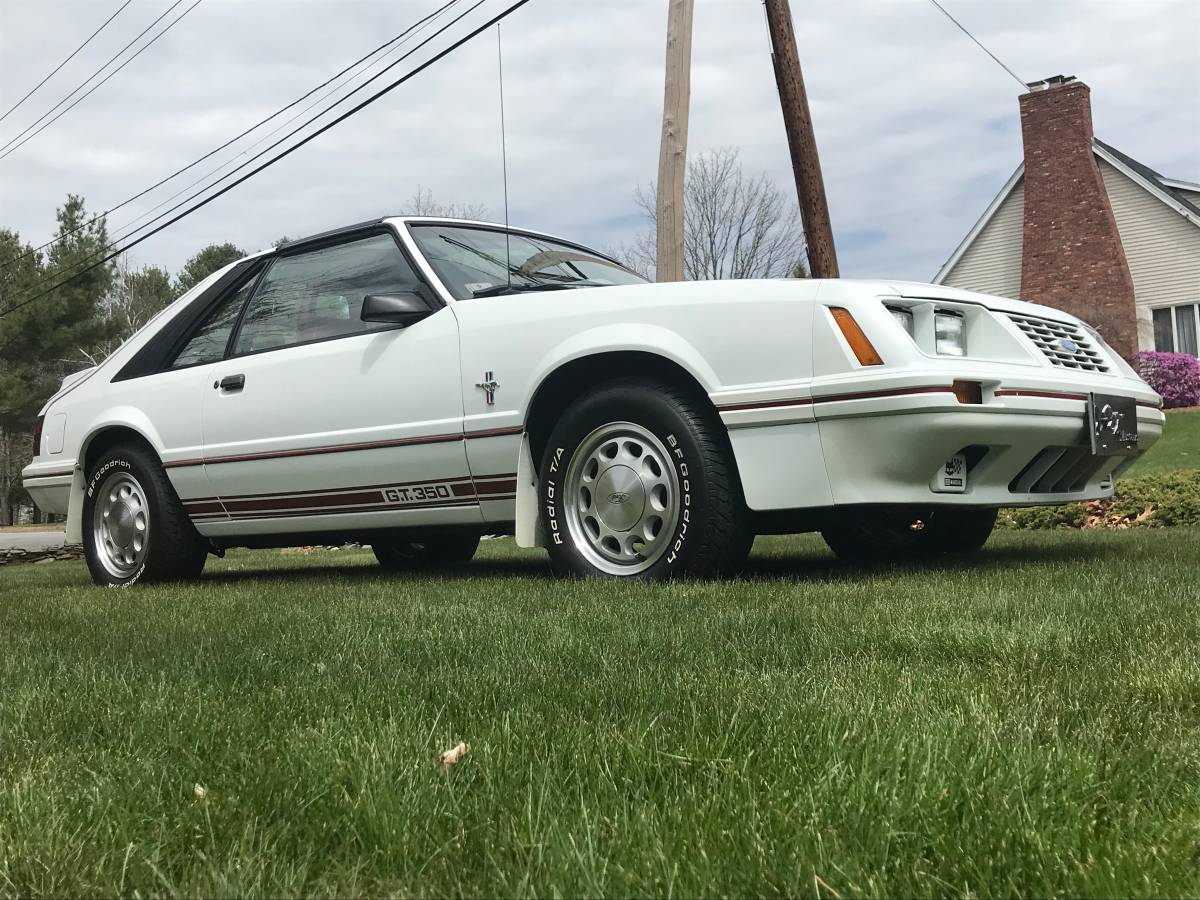 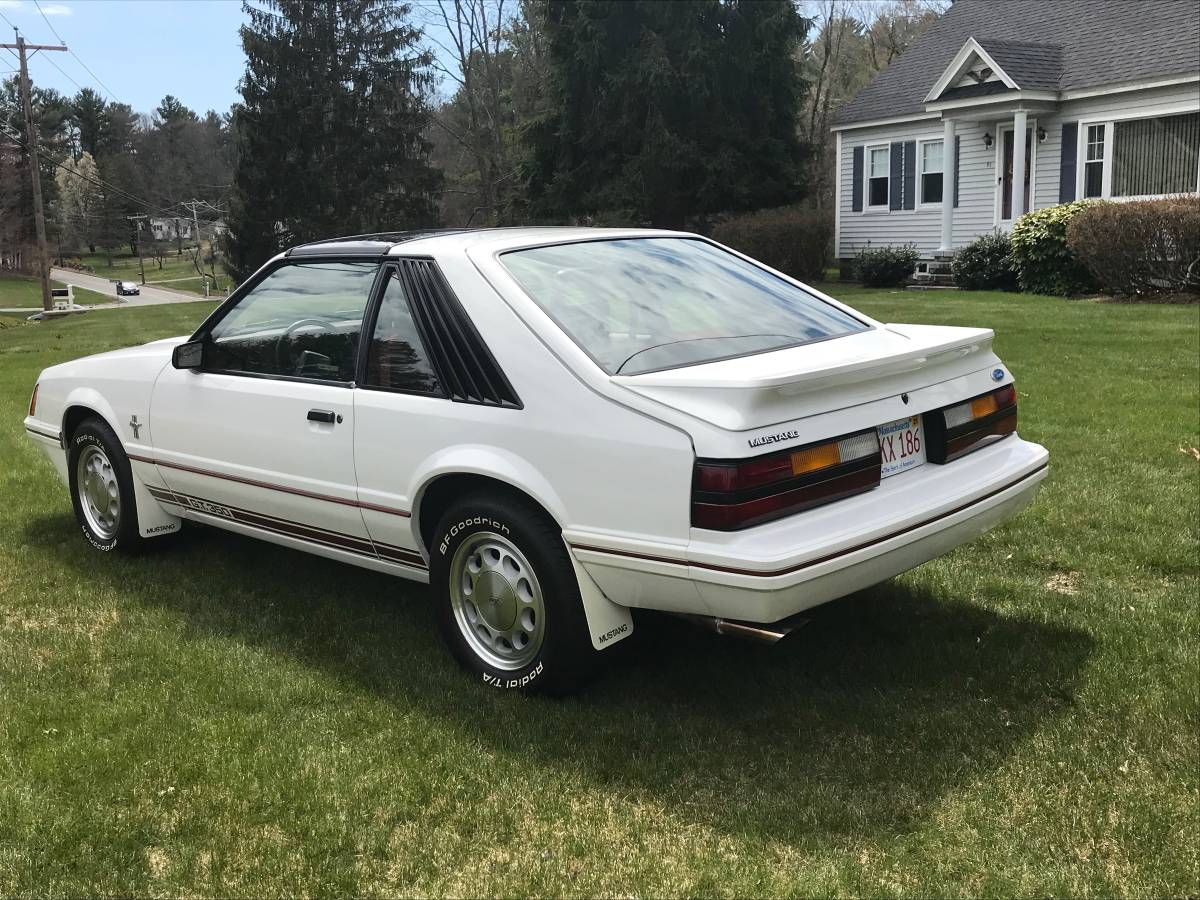 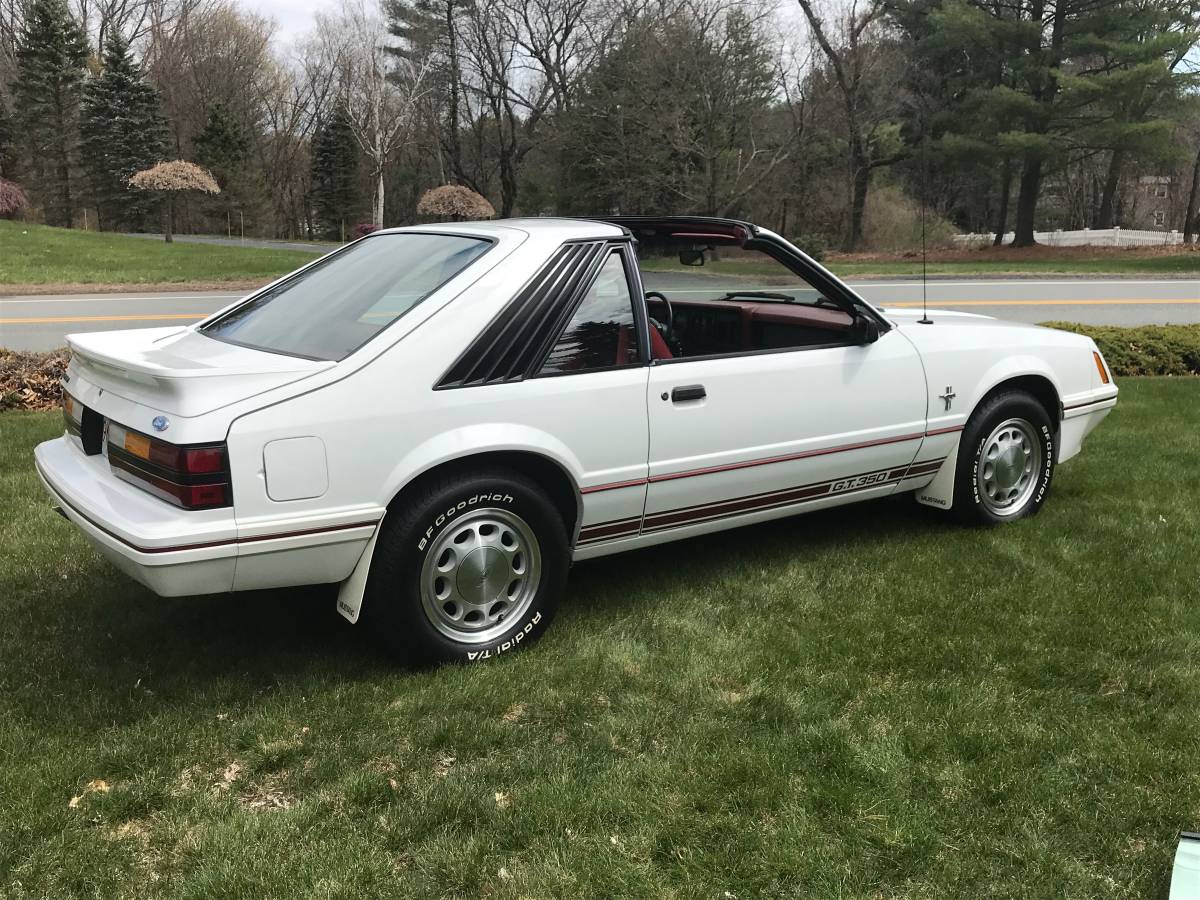 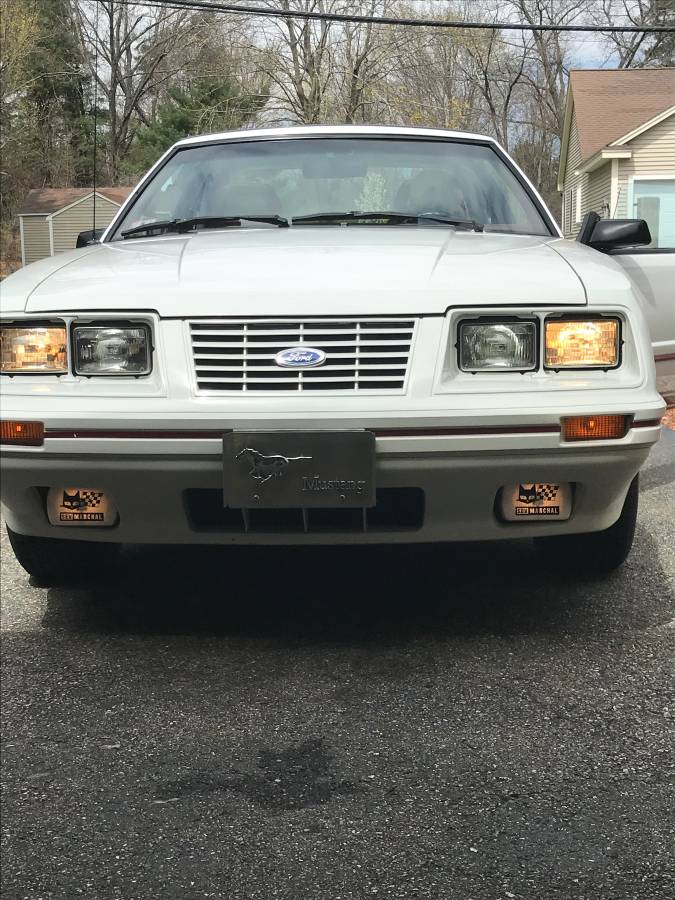 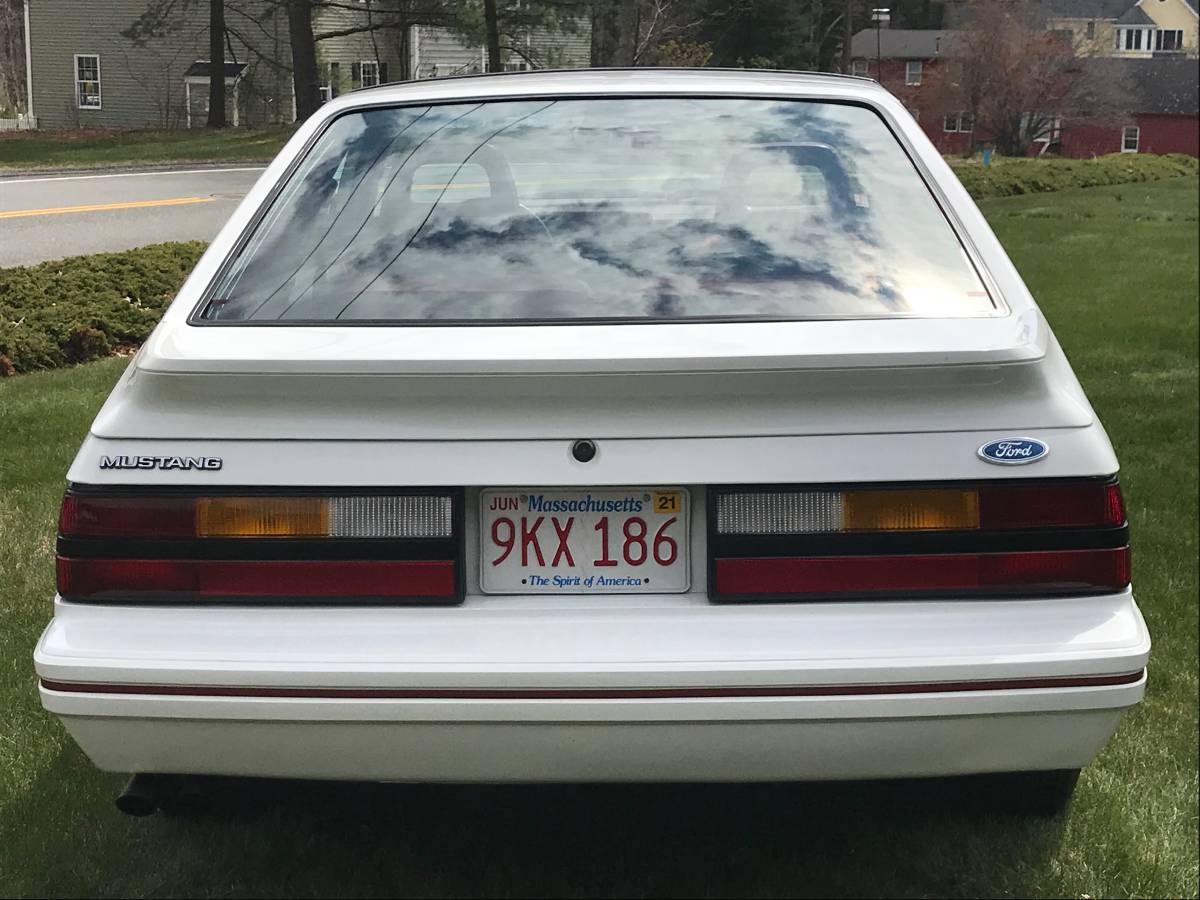 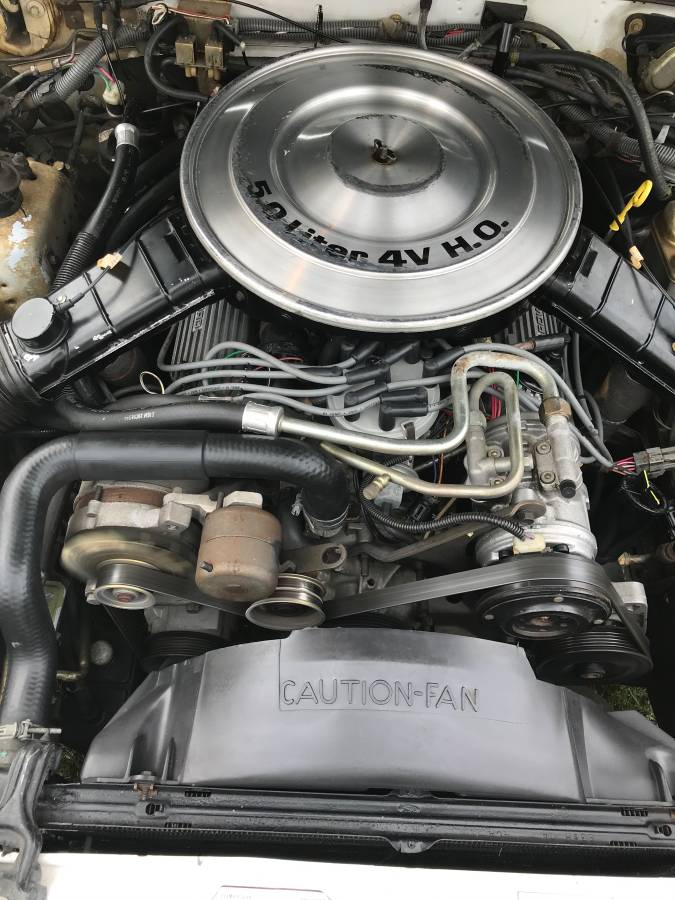 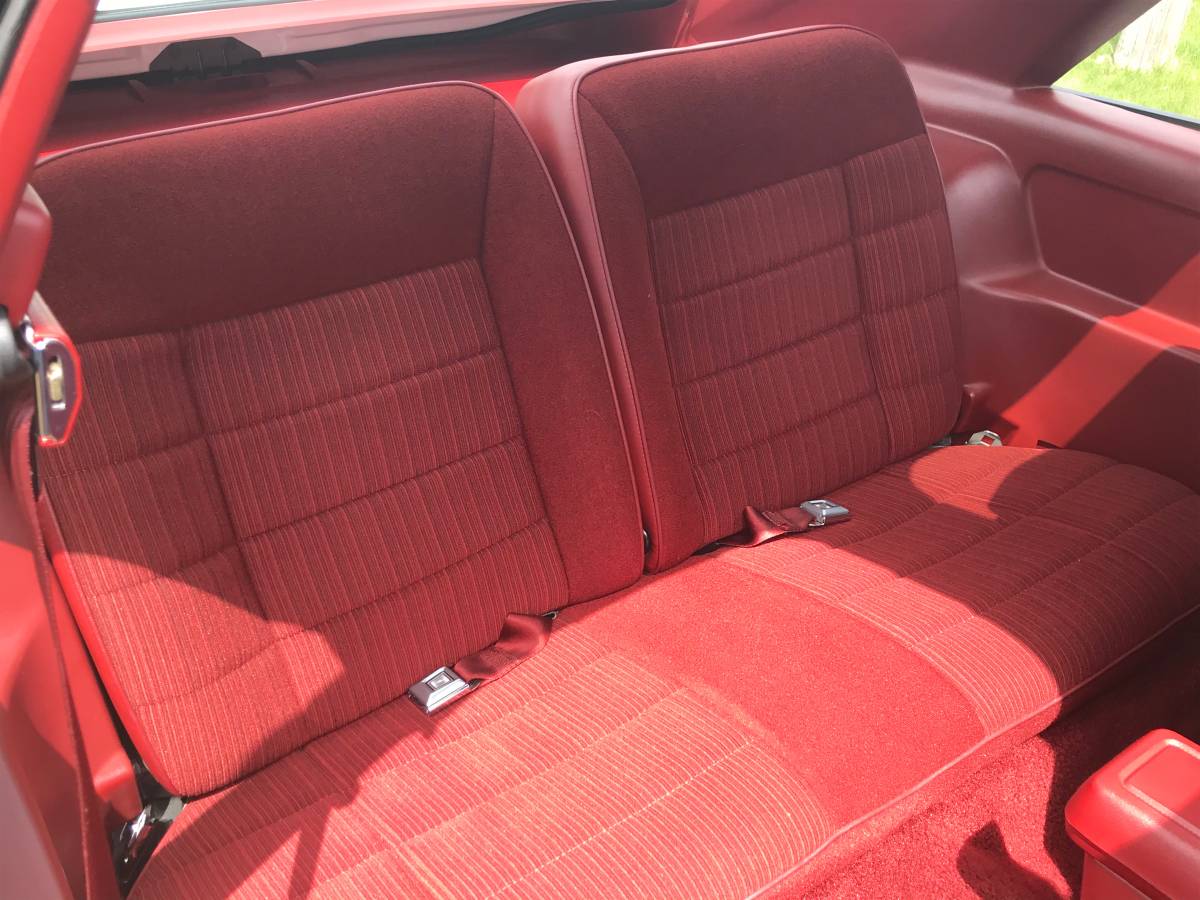 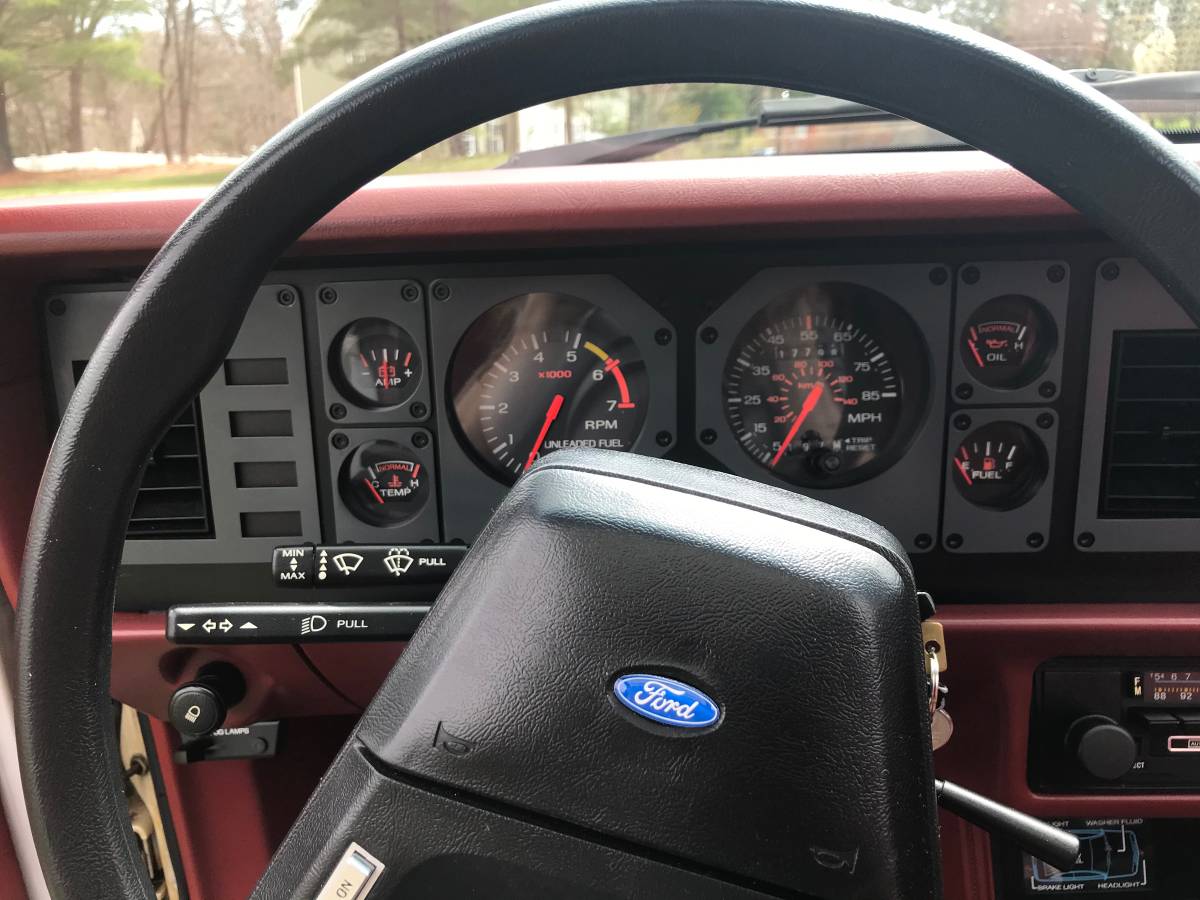 Ford commemorated the 20th anniversary in 1984 with a special edition Oxford White over Canyon Red GT350 model such as the hatchback version listed on Craigslist in April 2020 in Chelmsford, Massachusetts. With only a stated 17,000 original miles and equipped with T-Tops and a five-speed manual, the private seller is asking a very optimistic $19,500. Unfortunately, a check of the Hagerty Insurance Online Valuation Tool confirms this private seller has their special edition priced $7,200 above the current #1 “Concours” estimate of $19,500.  A second check using the NADA Guides Classic Car Online Valuation Tool also confirmed the seller’s asking price is about $5,000 above the “Low”, “Average”, and “High” retail value range of $3,030, $7,437, $14,125, respectively.  Even this 19K original mile automatic-equipped convertible on BringATrailer.com sold at no reserve one year ago for $15,100, so we were at a loss on why the seller thinks they can get this kind of top dollar for their Mustang.

Then we remembered why.  At the Barrett-Jackson 2018 Scottsdale event, Fox Body Mustangs were a hot commodity with several hitting record prices.  As the video below shows, a very similar car to the one featured here hammered for $28,000.   So, what we have is a seller who likely saw this same video from two years ago for a very similar car auctioned on a Saturday afternoon  (Scottsdale’s peak day) with a room full of willing, able, and likely imbibing free alcohol achieve a record price.  Rather than rely on today’s pricing guys we’ve outlined above, the seller appears to be using a single data point from two years ago.  Consequently, the seller earns our latest NEW! (short for “No Effin Way!”) award.

While most of the Mustang was carried over in late 1982 for 1983, there were some changes and improvements on the then five-year-old “Fox-platform” model. The front fascia was restyled with a more rounded nose and reshaped grille. New, wider horizontal taillights with dedicated amber turn signals replaced the vertical sectioned units. This was also the first Mustang to the use the “Blue Oval” Ford emblem on the exterior, both front and rear.  The Mustang GT received a four-barrel carburetor and a new intake manifold, bringing power up to 175 horsepower.

Halfway through the model year, Ford also recognized the 20th Anniversary of the Mustang with the GT350, essentially a limited run of GTs and Turbo GTs and labeled as 1984 1/2’s, similar to the originals.  Ford produced 5,260 hatchback and convertible models were built, all trimmed with Oxford White exteriors and Canyon Red interiors. They featured red GT350 rocker stripes and tri-bar Pony emblems on the front fenders.  A new “Quadra-Shock” rear suspension, which replaced the slapper bars with horizontally mounted axle shocks, became available after a few months of production. After 1984, the TRX option was retired for the Mustang.

In addition to the wild asking price, we’re surprised the seller does not provide a picture of the documentation we hop comes with this low-mileage time capsule.  The biggest faux pas we see on this car are the wheels, which are not the stock 14″ wheels or the optional TRX units this car would have come equipped with when new.  If the seller doesn’t include them with the sale, that’s another point of leverage.  Overall, a nice low-mileage example with a too-high asking price.  Good luck with the purchase!