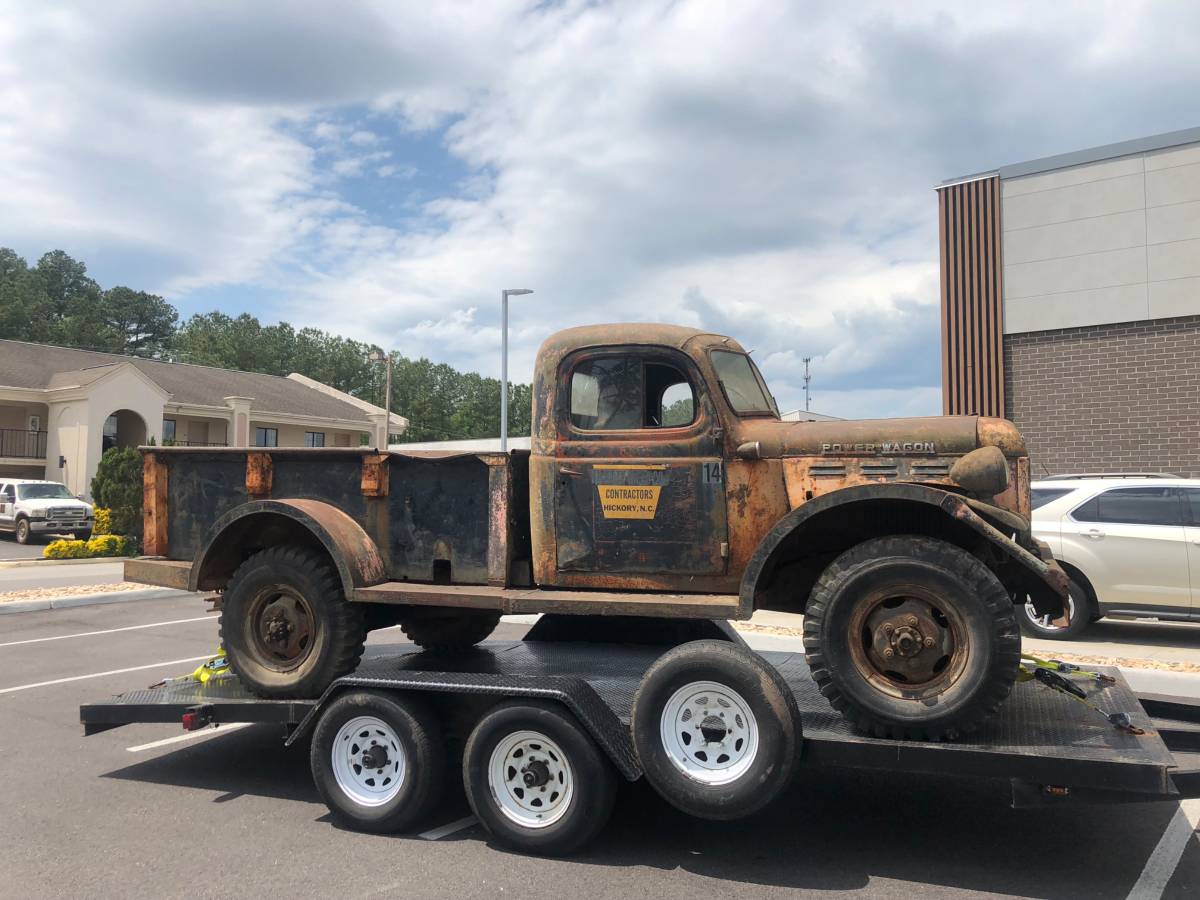 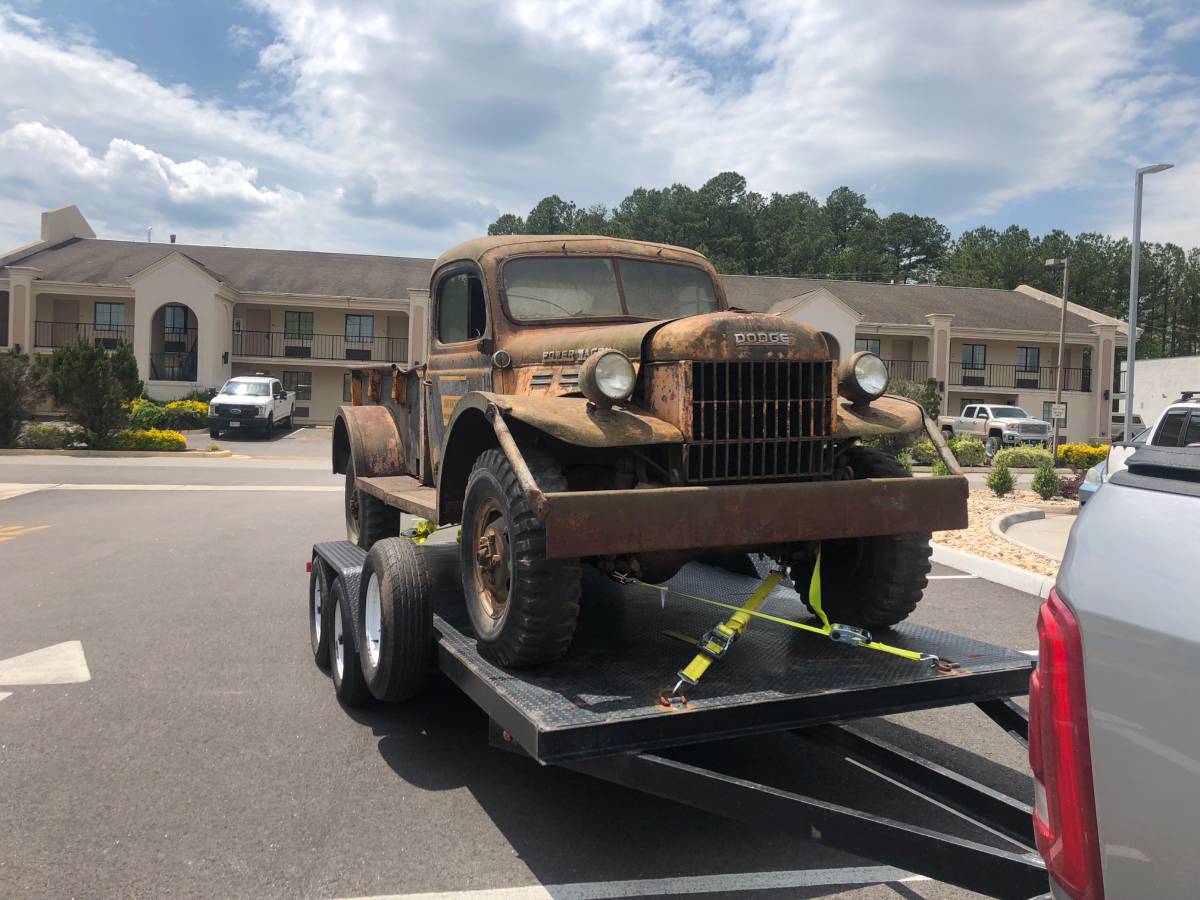 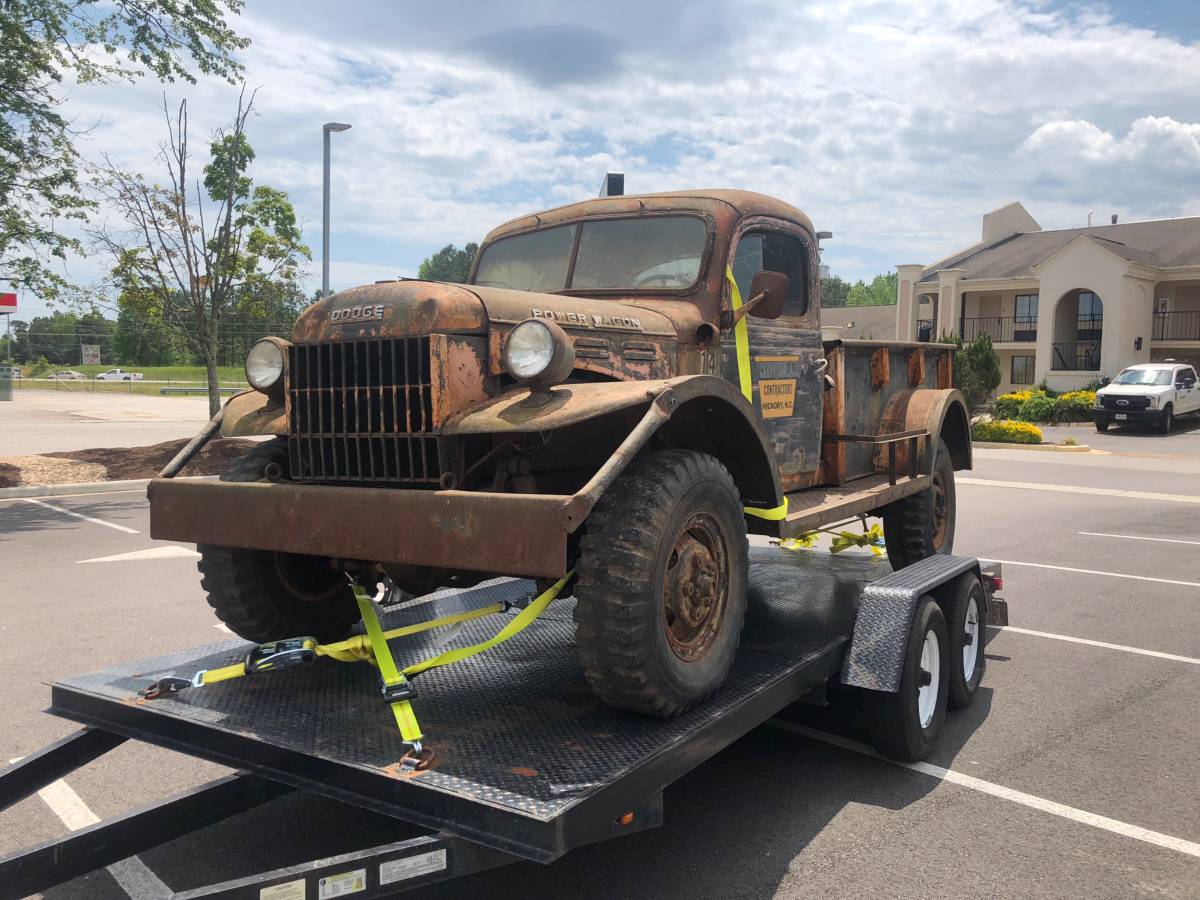 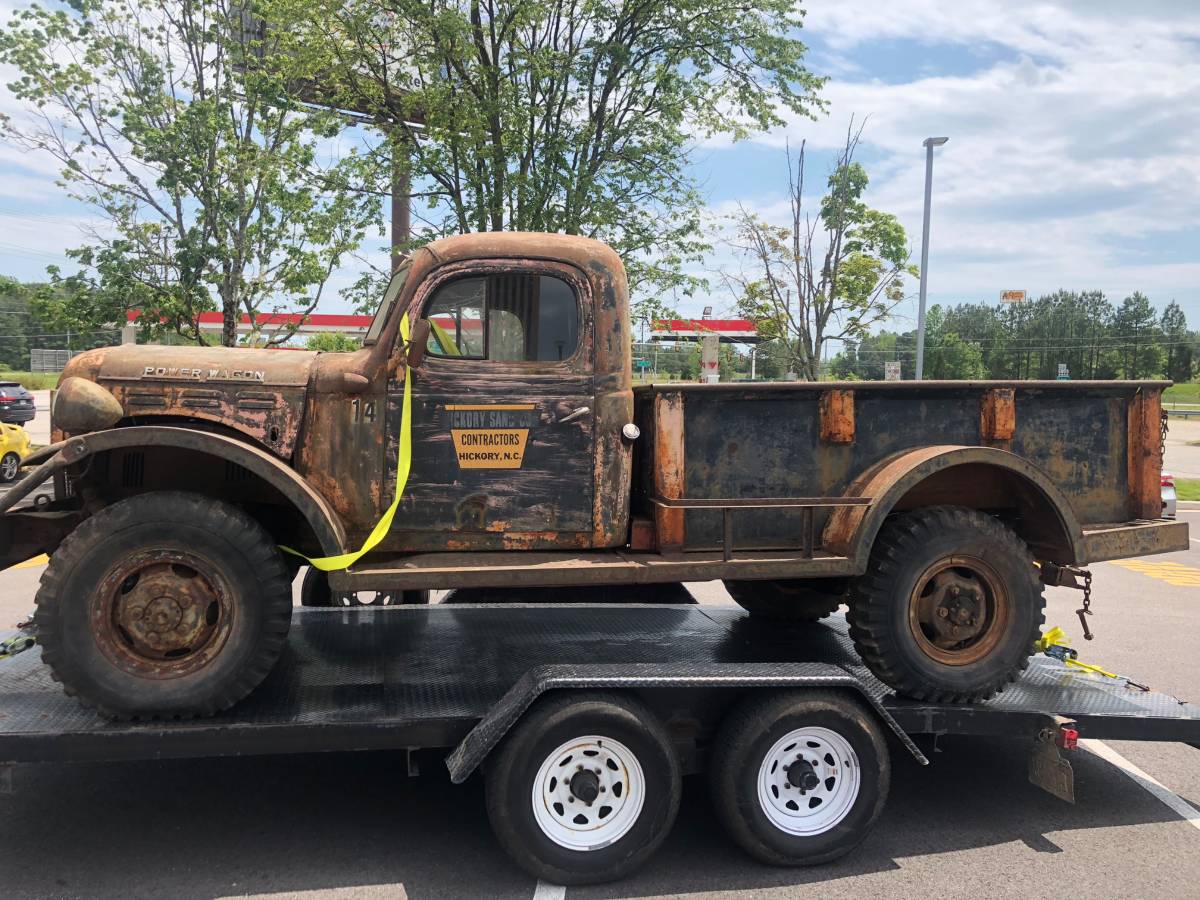 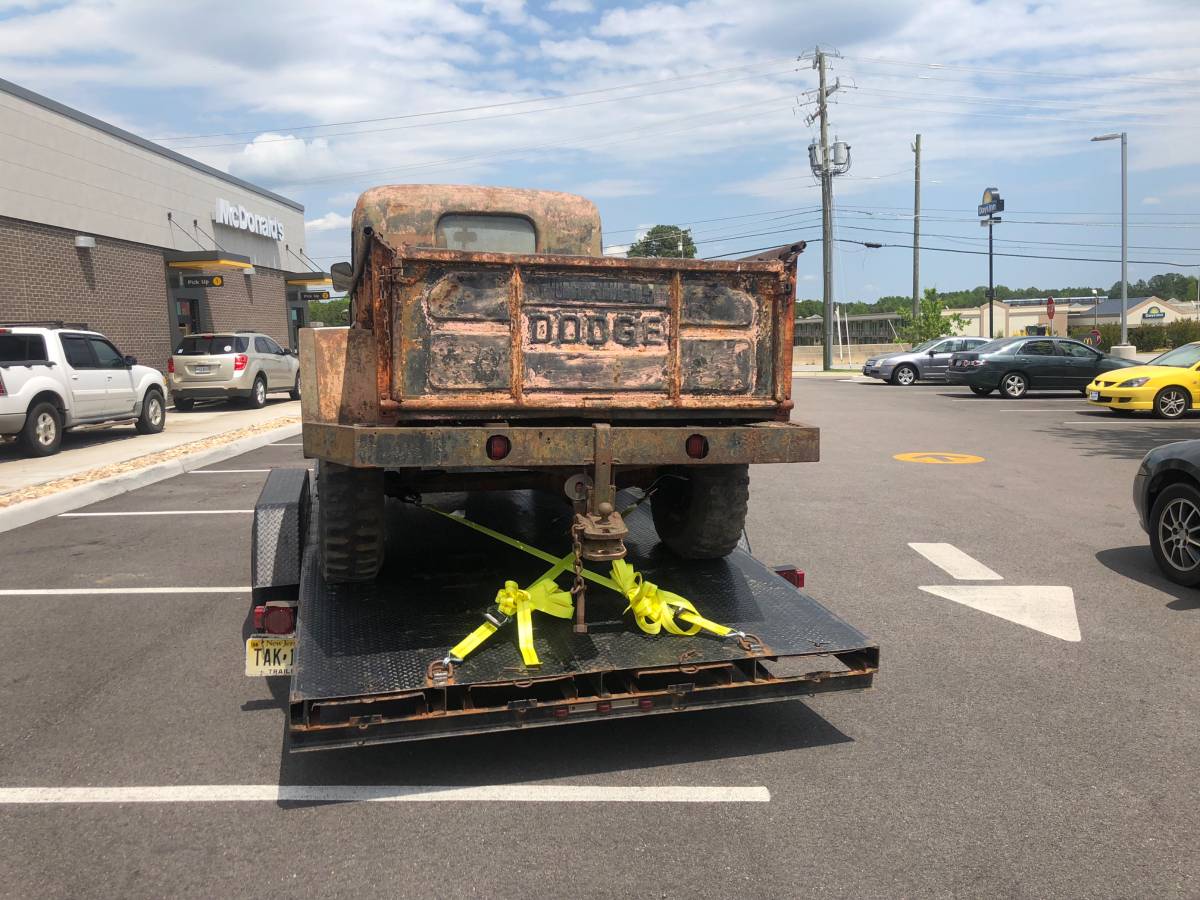 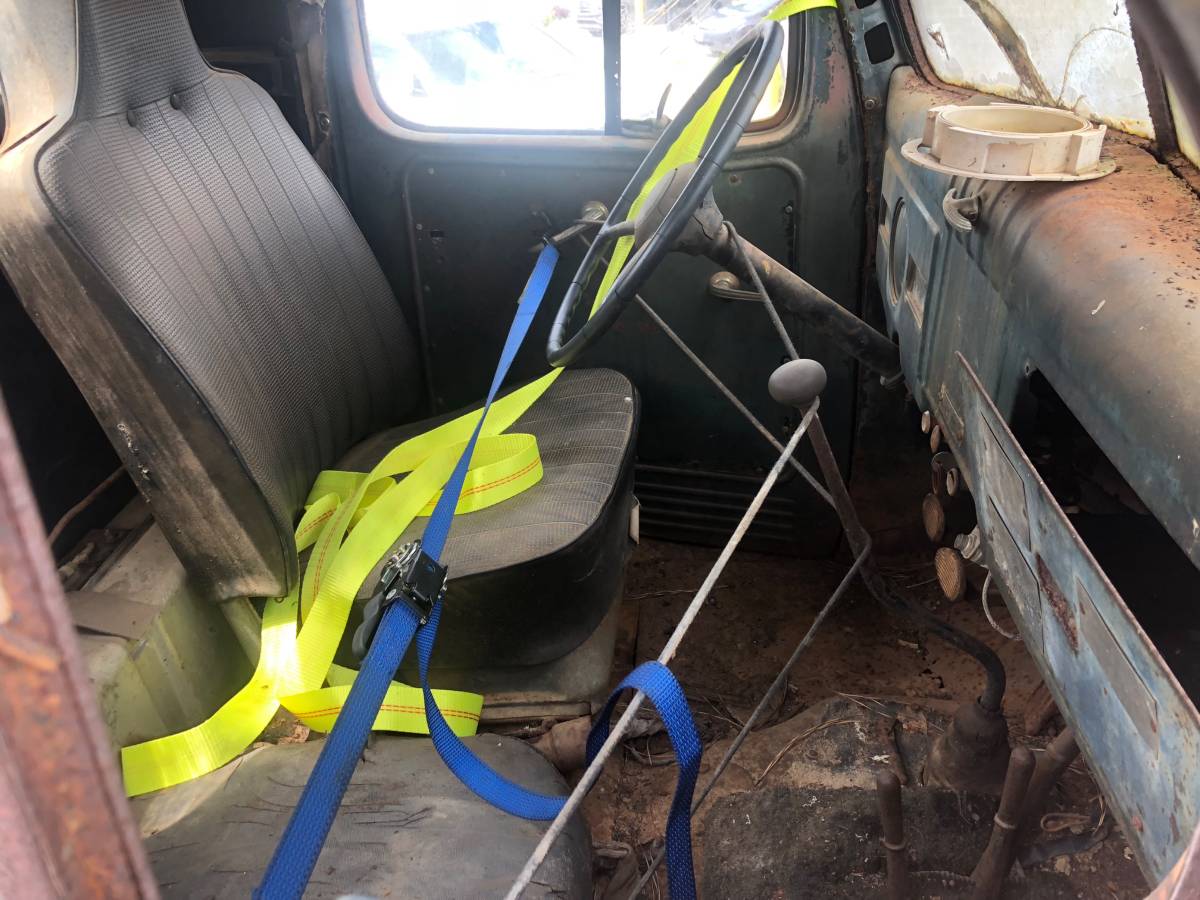 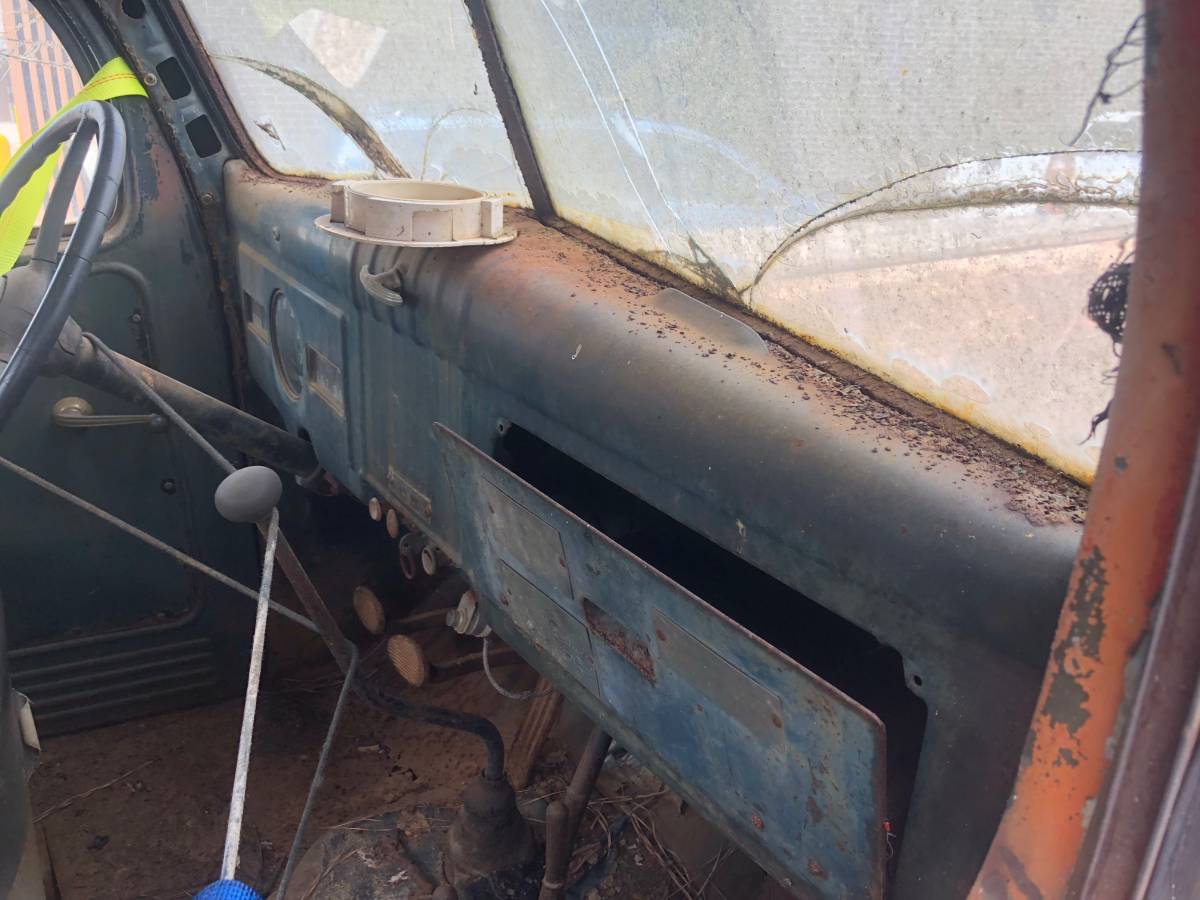 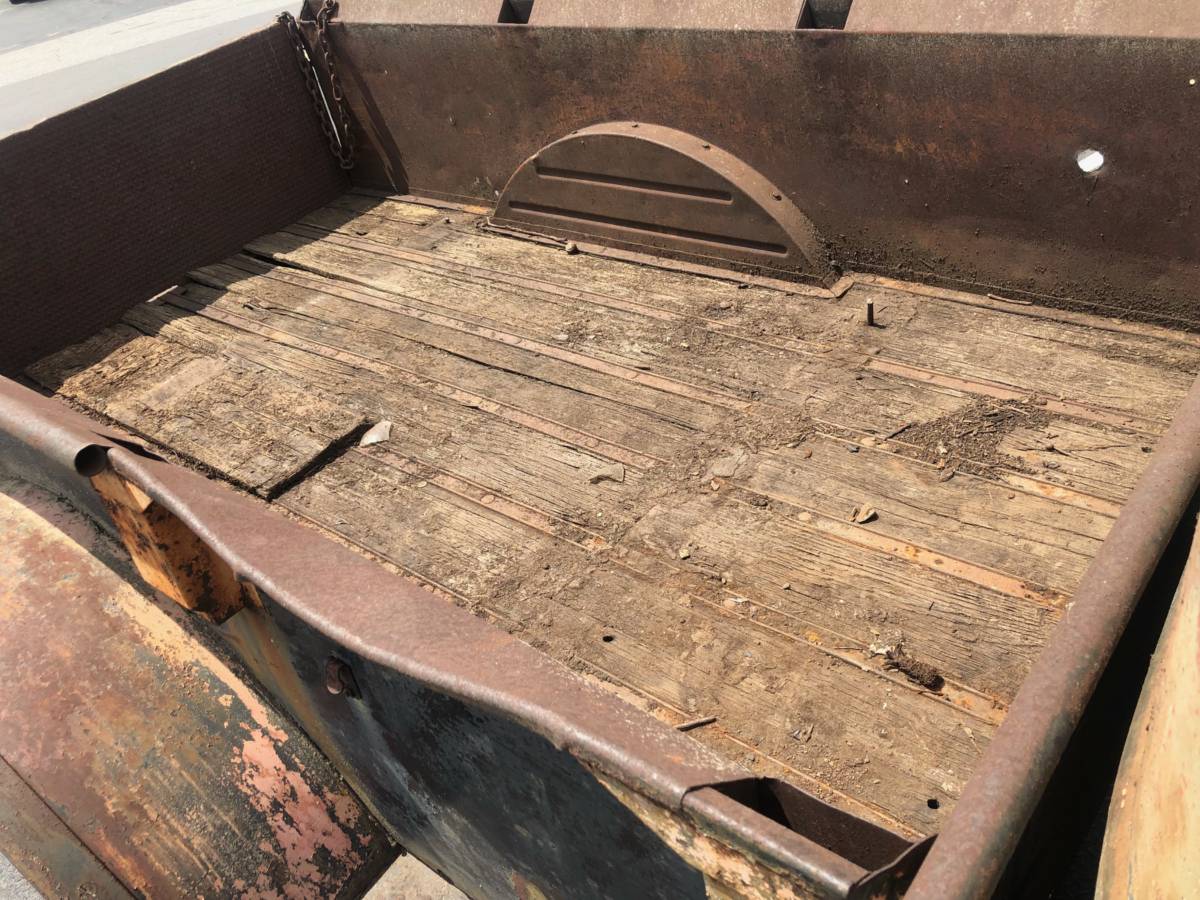 With its WWII WC series roots, the civilian Dodge Power Ram produced from 1945 through 1980 were solid workhorses that were often literally used up before being left in a field for their final resting place.  The current caretaker of this 1949 vintage example we came across on Craigslist in Pennington, New Jersey believes there is someone willing to take on this project he appears to have pulled from the brink somewhere in rural Georgia.  Unfortunately, a check of the Hagerty Insurance Online Valuation Tool reveals this private seller has his non-running project Power Wagon priced $750 above the current #4 “Fair” (Daily Driver) estimate of $9,000.

The Dodge Power Wagon is a four-wheel-drive medium-duty truck that was produced in various model series from 1945 to 1980 by Dodge, then as a nameplate for the Dodge Ram from 2005 to 2013, and, most recently ‘13-present, as an individual model marketed by Ram Trucks. It was developed as the WDX truck, and until about 1960 it was internally known by its engineering code T137 – a name still used for the original series by enthusiasts.[1]

The original civilian version, commonly called the “flat fender” Power Wagon or FFPW, was mechanically based on Dodge’s 3/4-ton WC series of World War II military trucks. The Power Wagon was the first mass-produced four-wheel-drive medium-duty truck and represents a significant predecessor to the many modern 4×4 trucks in use today. Updated variants continued in production until 1964.

Meant to compete with the both military-based Ford/Marmon-Herrington and GMC trucks, it had an enclosed all-weather civilian cab and a purpose-designed 8-foot cargo box. It had a 126 inch (3,200 mm) up to a 147″ wheelbase chassis and featured a 230 cubic-inch flathead inline-six engine, a four-speed manual transmission, a two-speed 1.96-1 ratio low range transfer case for part-time 4-wheel drive with a power take-off (PTO) system which sent power front or rear for operating auxiliary equipment.  This video published in 2016 by Fiat Chrysler America (FCA) provides a great overview of the history of the Power Wagon and its humble beginnings stemming from WWII truck production.

If you’re looking for a solid vintage Power Wagon as the base for either restoration or a possible Rat Rod, this example may be a great candidate.  If it were left up to us, we’d really try to preserve the red-clay soil induced patina this work truck earned in the wilds of Hickory, North Carolina over the years.  Beyond that, the Volkswagen driver’s seat will need to be replaced with something not as obvious that doesn’t look so oversize for the relatively tiny cabin.  Beyond those two items, the world is your oyster on what change or restore to make this work truck roadworthy again.  Good luck with the purchase!

“1949 Dodge Power Wagon with title. Car obviously needs a complete rebuild, but is in good structural condition. The truck is from the heart of Georgia and has mostly just surface rust. Frame is good. Body is pretty good. No bondo. Engine turns and truck is solid.  This is the perfect beginning of a project for somebody. I just don’t have the space to rebuild it long term.