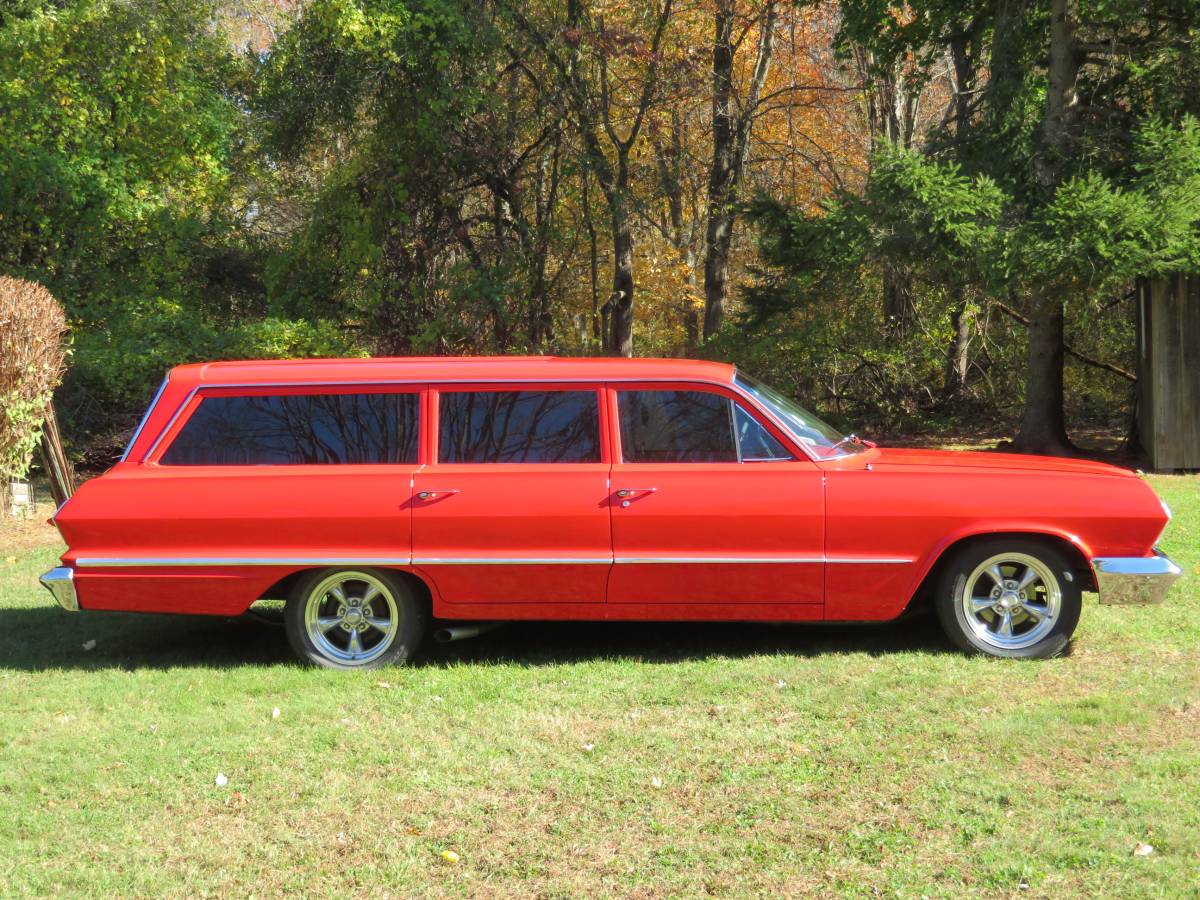 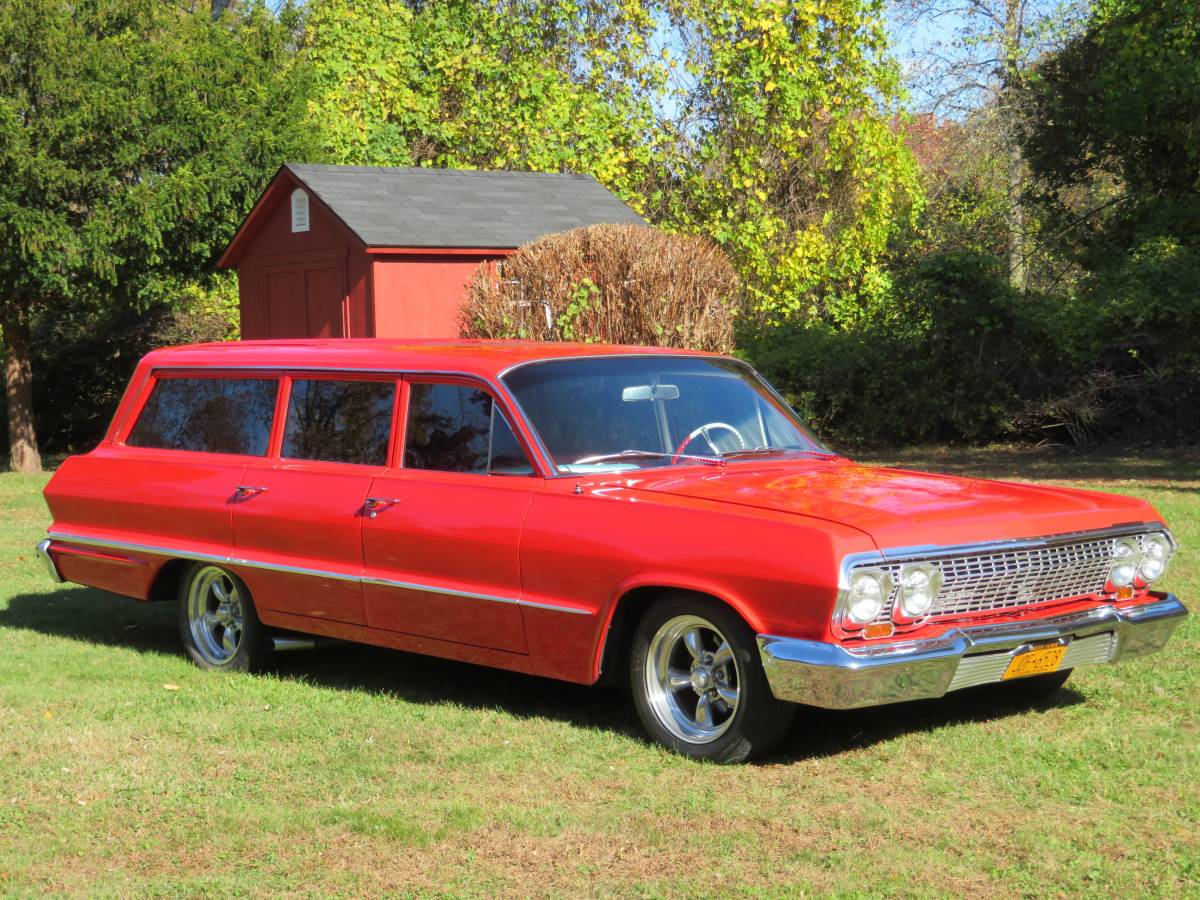 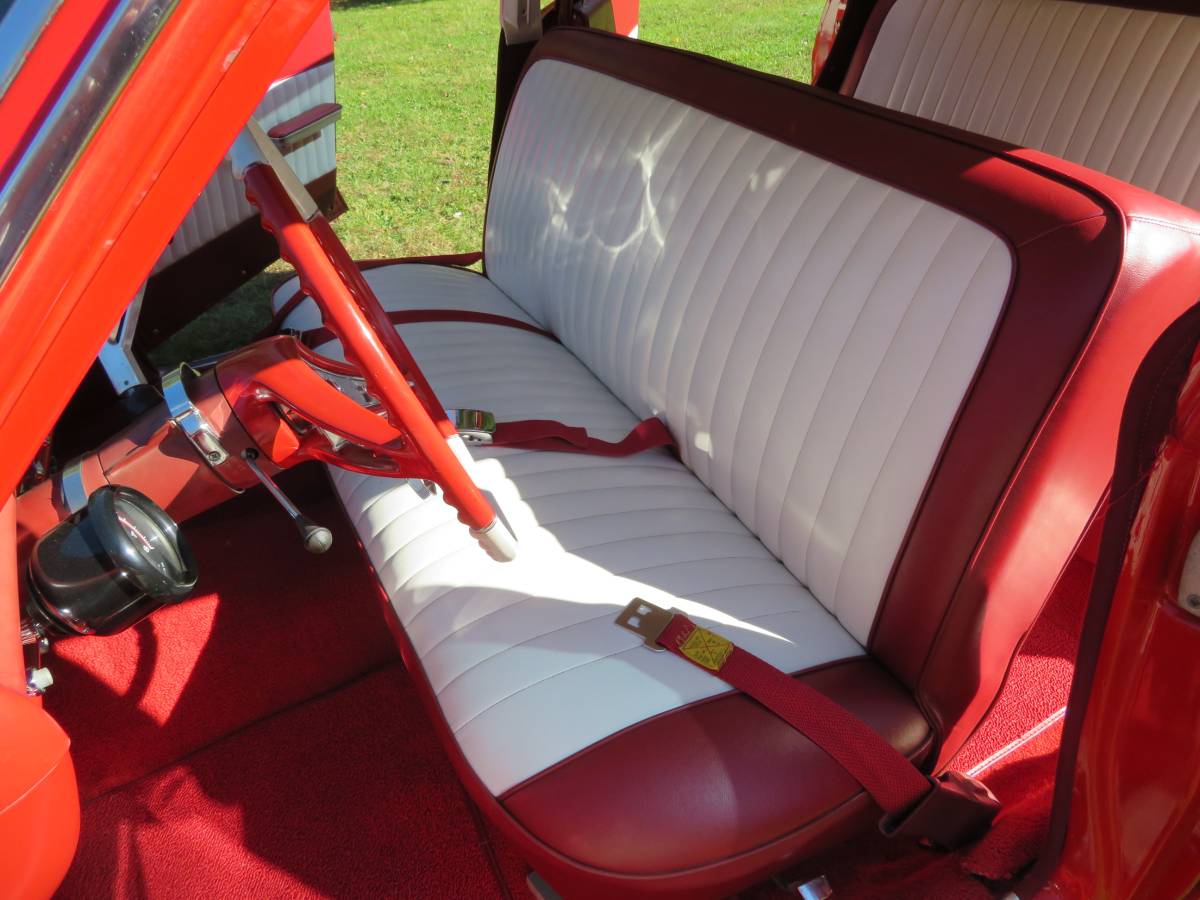 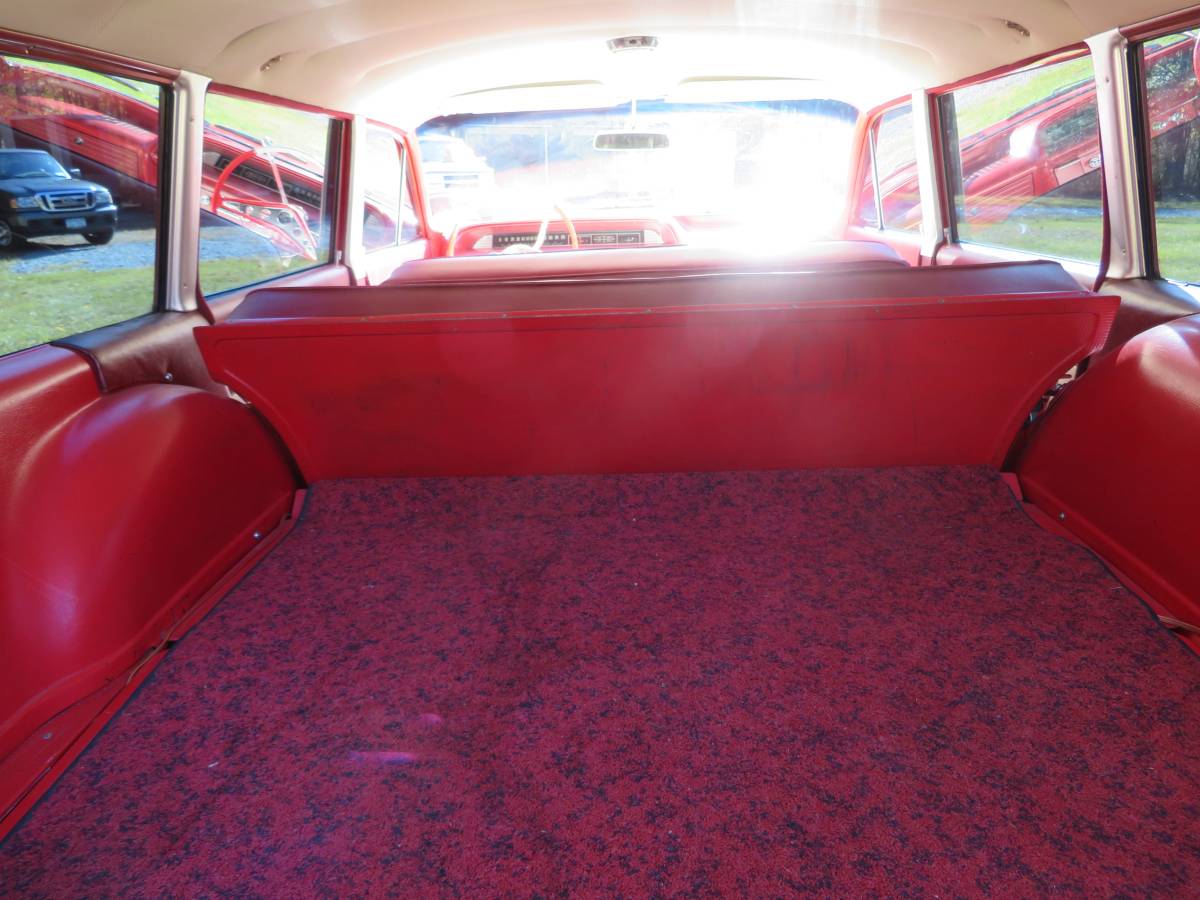 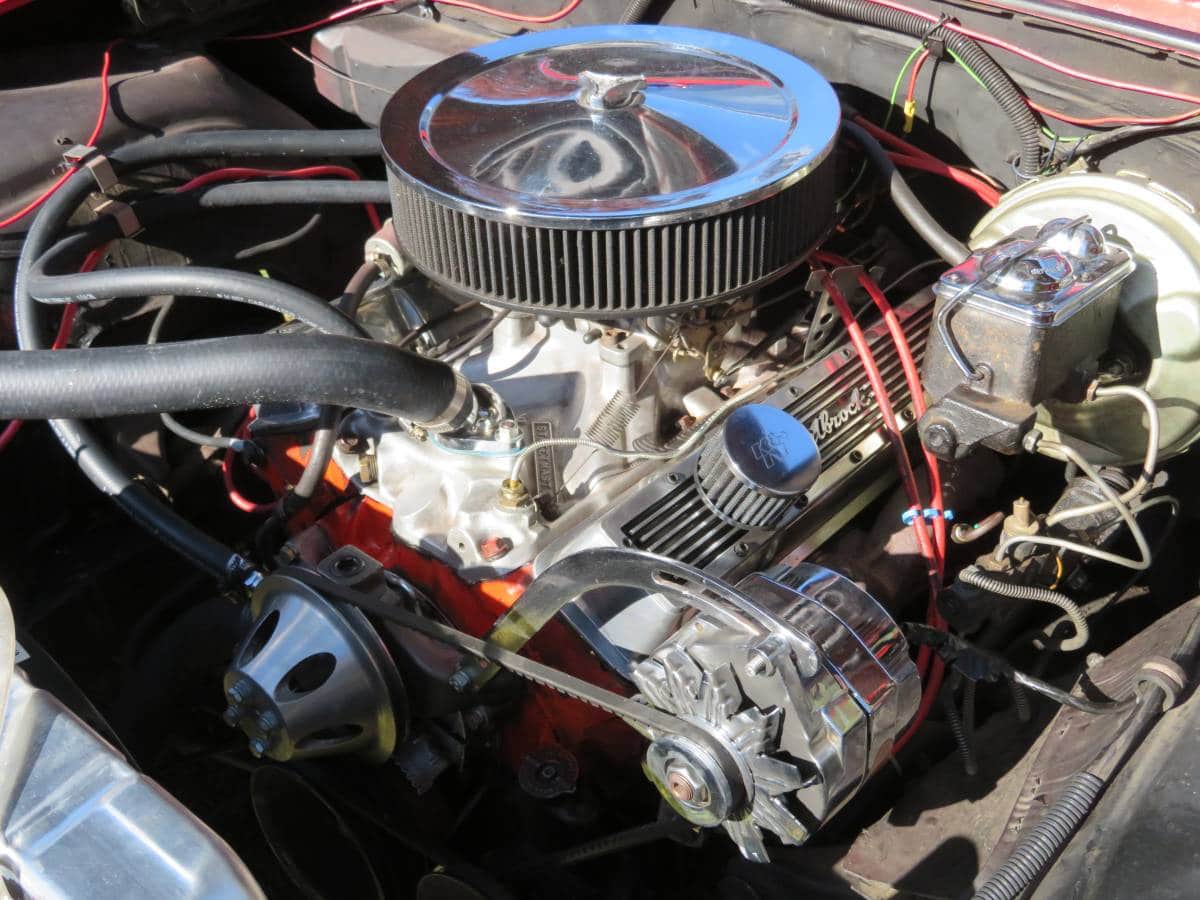 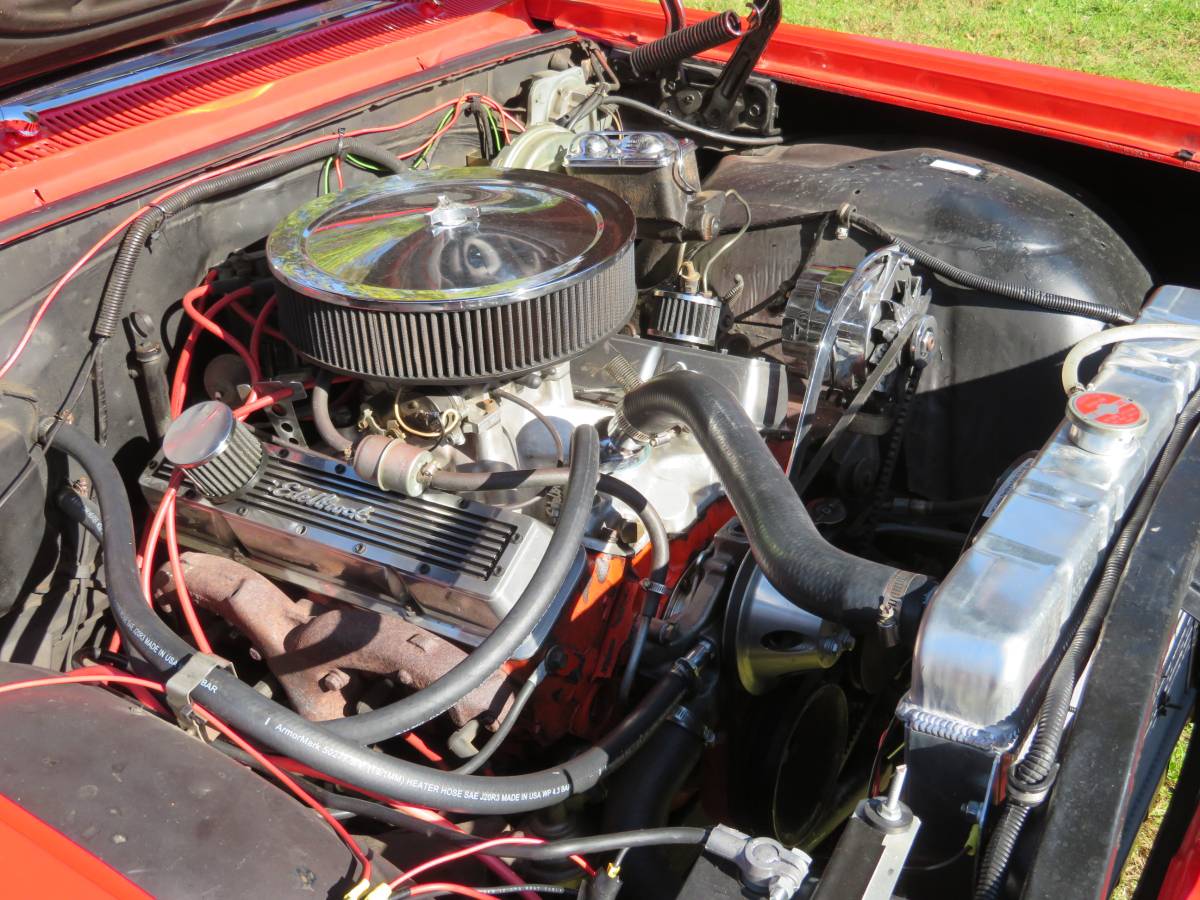 June 24th Update:  late last week, we came across an updated post for this 1963 Chevy Bel Air Street Machine we first featured in mid-May.  The post is a duplicate of the original, including the same asking price as the seller, indicates he’s letting go of this car “to fund a real estate project.”  While the current ask is not out of line based on guides, it appears it not aggressive enough to attract a buyer.  Good luck with the purchase!

By the early 1960s, Chevrolet’s Bel Air was the mid-level trim range, and four-door station wagons such as this mildly customized 1963 example listed on Craigslist in Katonah, New York for the asking price of $18,900 is a prime example.  Originally a California car nicely updated throughout, the current caretaker is asking $18,900.  A check of the Hagerty Insurance Online Valuation Tool confirms this private seller has his Bel Air wagon priced $1,000 less than the current #2 “Excellent” estimate of $20,000.

Chevrolet produced the fifth generation Bel Air line from 1961 through 1964.  For 1963, the full size Chevrolet received little more than a facelift. Overall length increased to 210.4 inches. Replacing the older 235 cubic-inch six-cylinder engine as standard equipment was a new 230 cubic-inch six-cylinder of more modern design with a 140-horsepower rating that was based on the 194 cubic-inch six introduced on the compact Chevy II Nova the previous year. The base V8 remained the 283 cubic inch small block, upgraded to produce 195 horsepower. The 409 cubic inch V8 was now offered in 340, 400, and 425 horsepower versions, while the small block 327 cubic inch V8 continued with options of 250 and 300 horsepower. The Bel Air continued to be Chevrolet’s middle range, but it now consisted of only two car models- the 2-door sedan and the 4-door sedan. 6 and 9-passenger Bel Air station wagons were again offered.

Remember when fall meant the car manufacturers formally introduced their new models for the coming year?  This commercial harkens back to those times without even showing a hint of the new models coming:

With a modern power train combined with new custom upholstery, about the only thing we would consider adding is a Vintage Air system to help keep you and your five passengers comfortable too and from car shows on a hot day.  Good luck with the purchase!

“I am selling my 1963 Chevy wagon formally from the West Coast to fund a real estate project. This car has a crate motor 350 V8 with 350 3 spd. automatic trans. with PS, PB and aluminum radiator. It also is equipped with new custom upholstery, American mags and tires, front disc brakes,shocks and lots of red paint. This wagon runs well and has lots of cargo space. Very good condition. Asking $18,900. Calls ONLY 914 318-2957.“