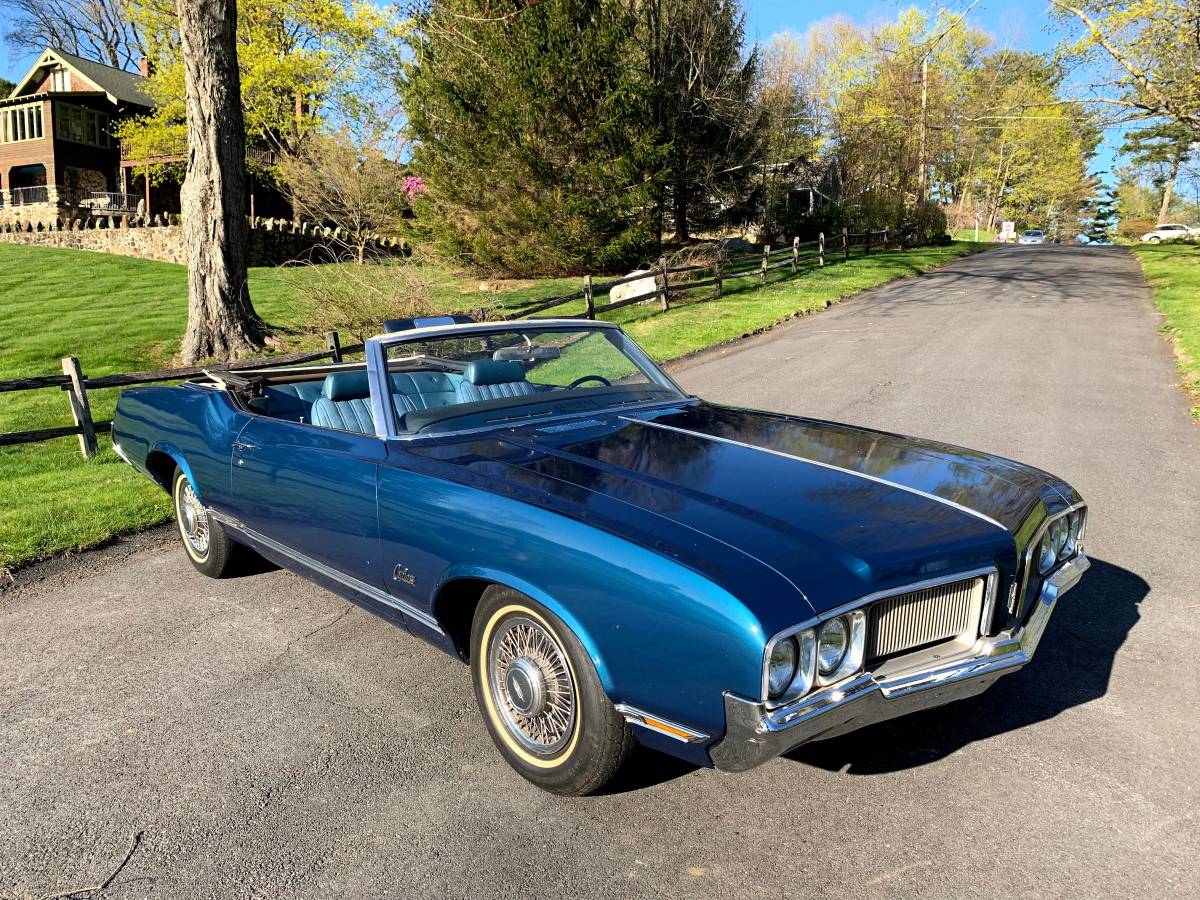 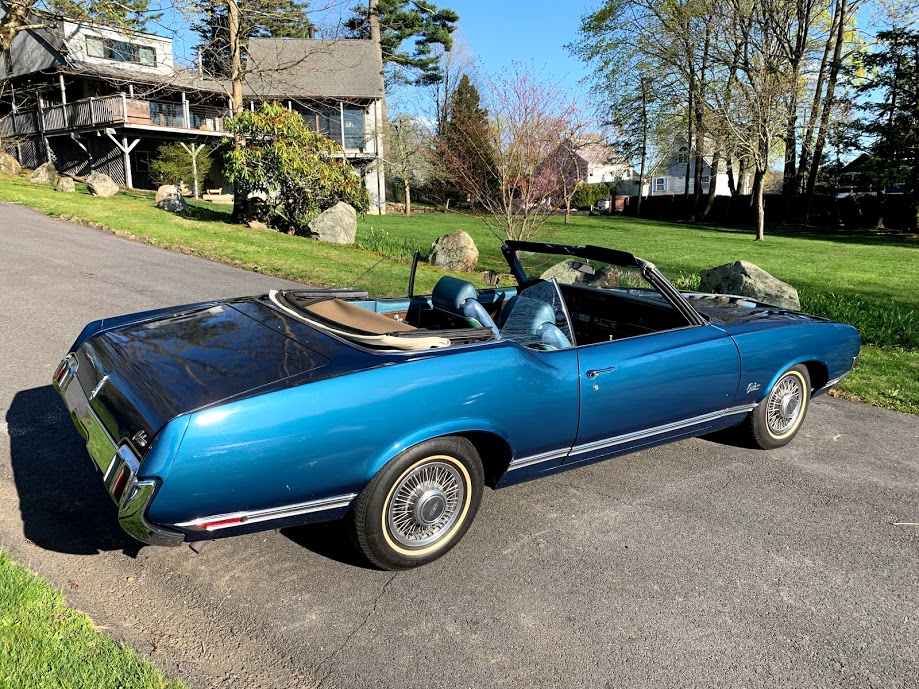 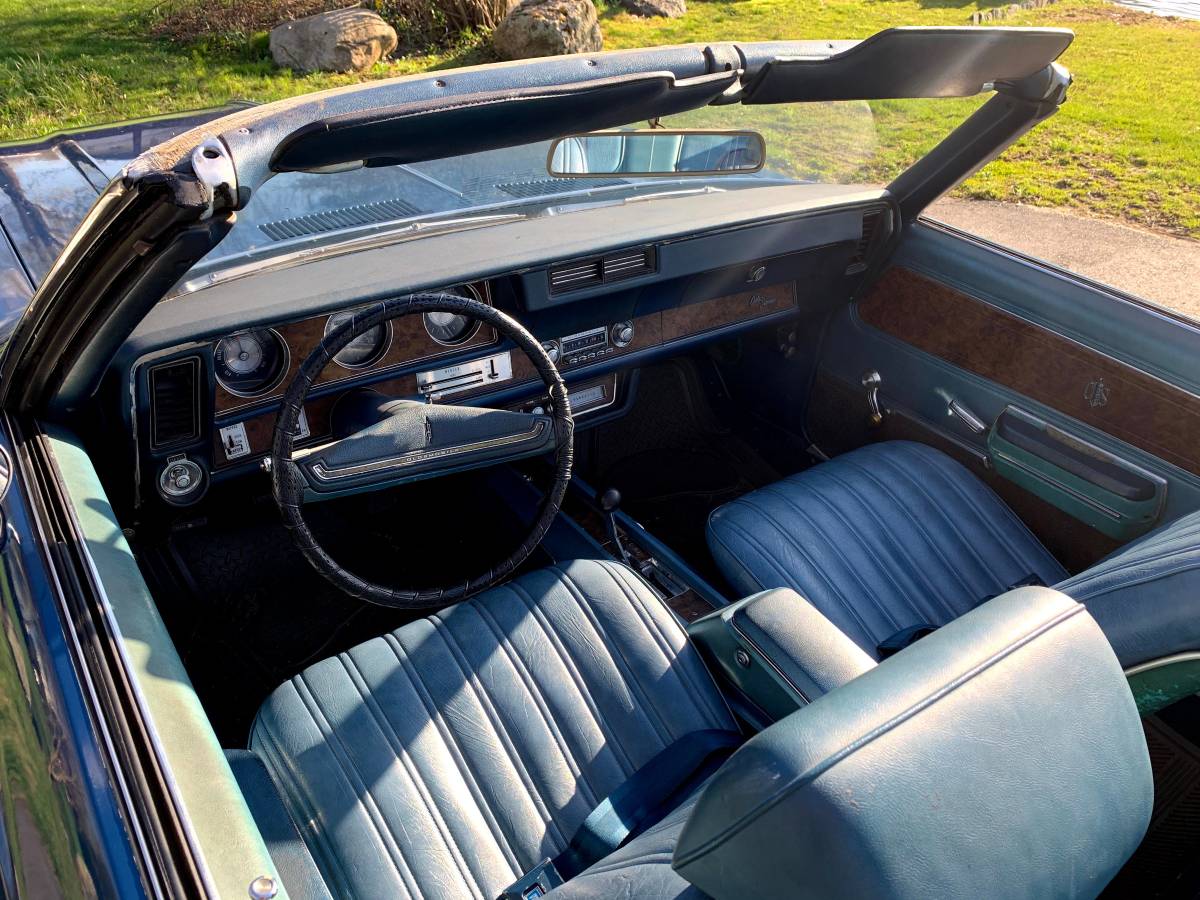 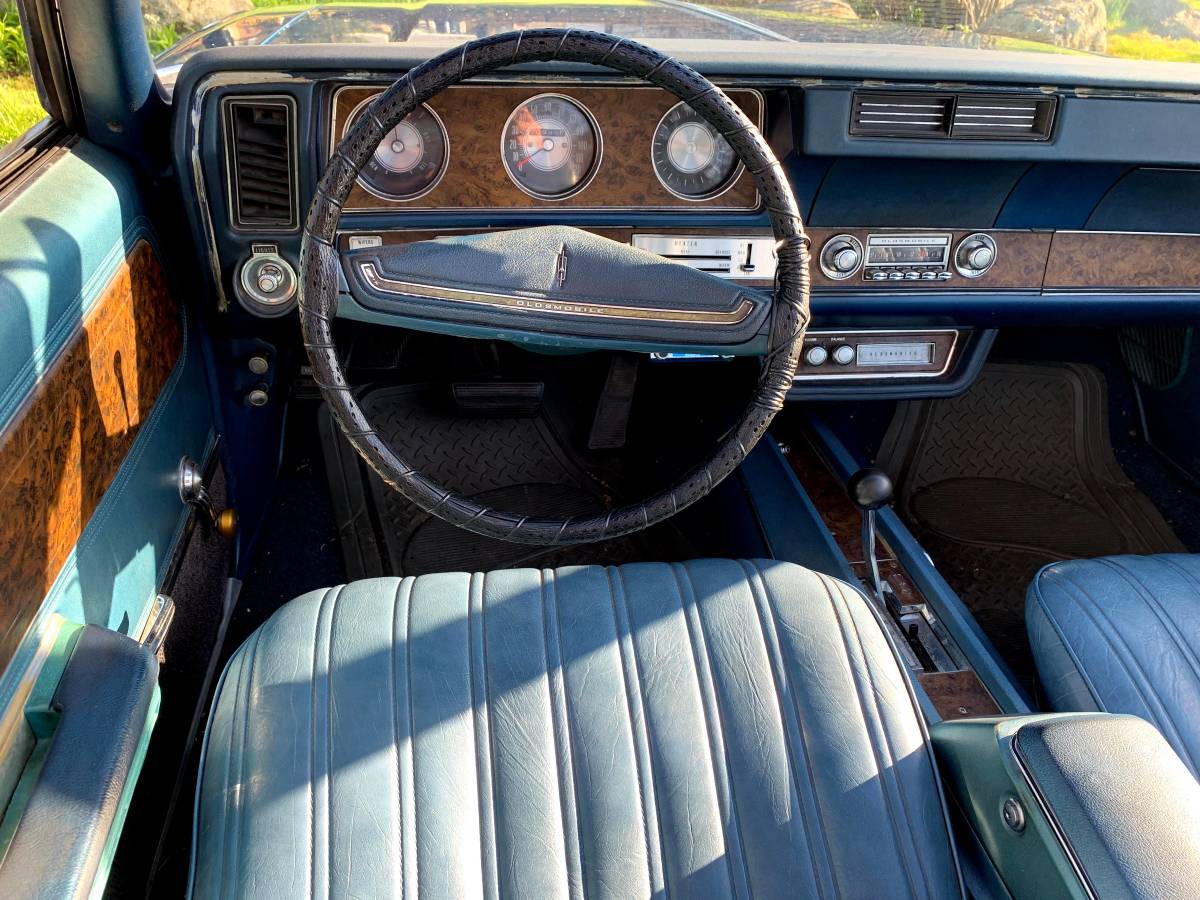 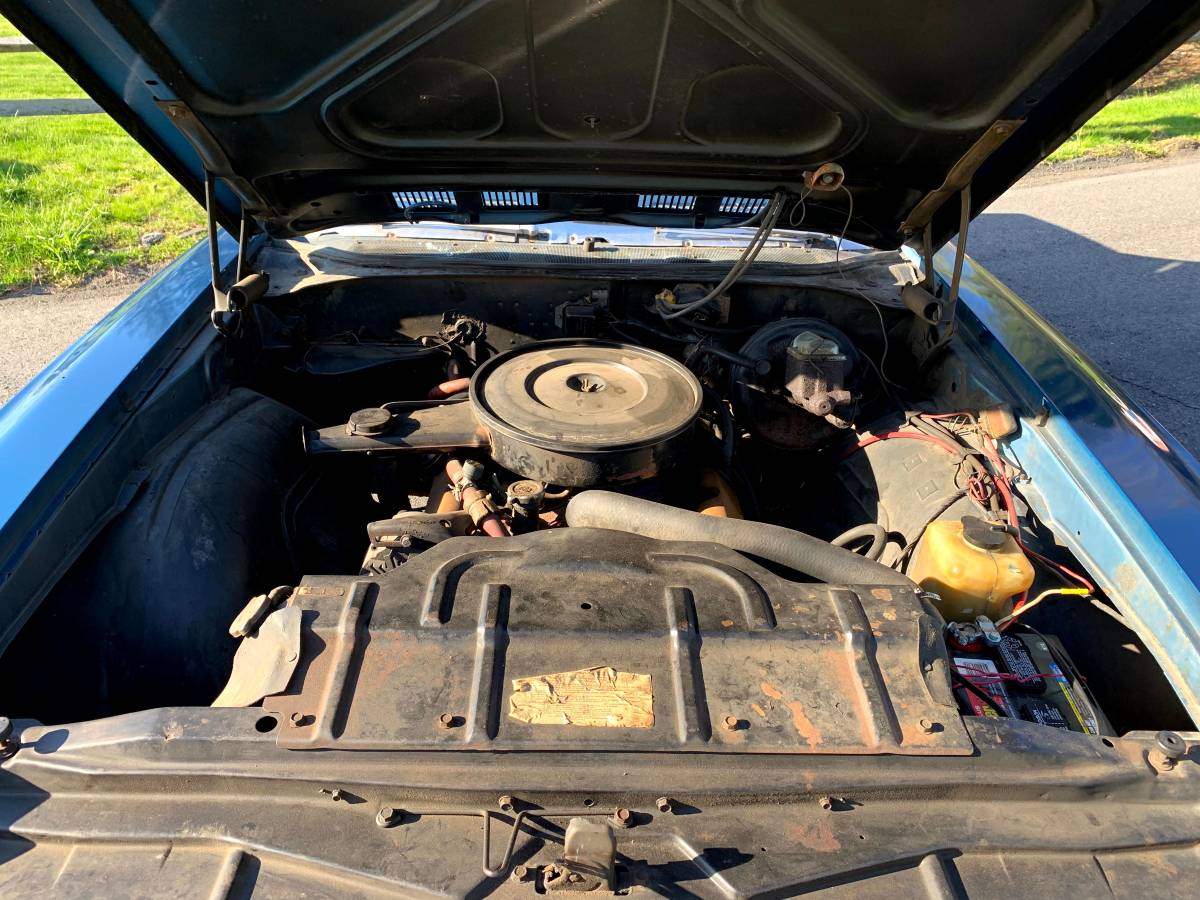 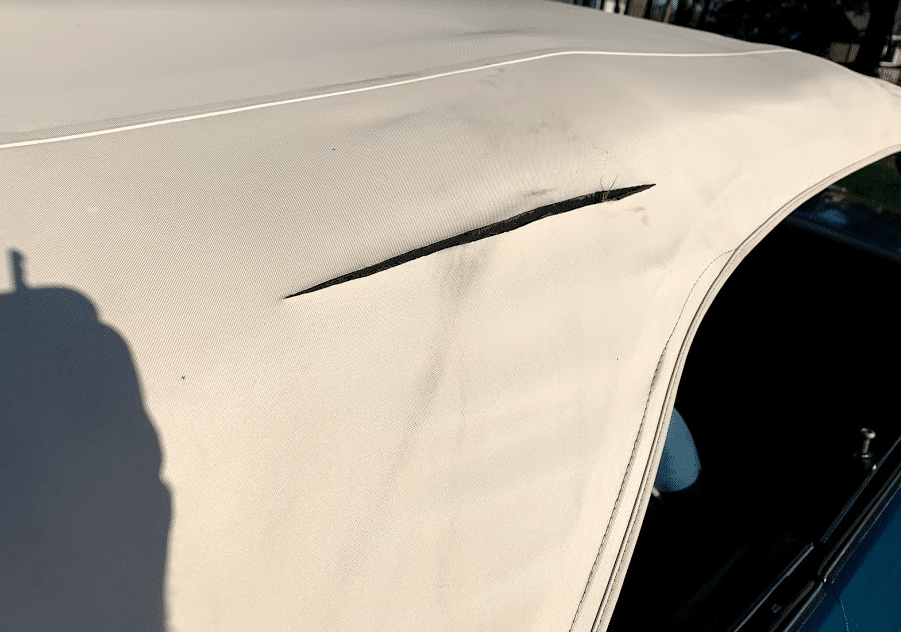 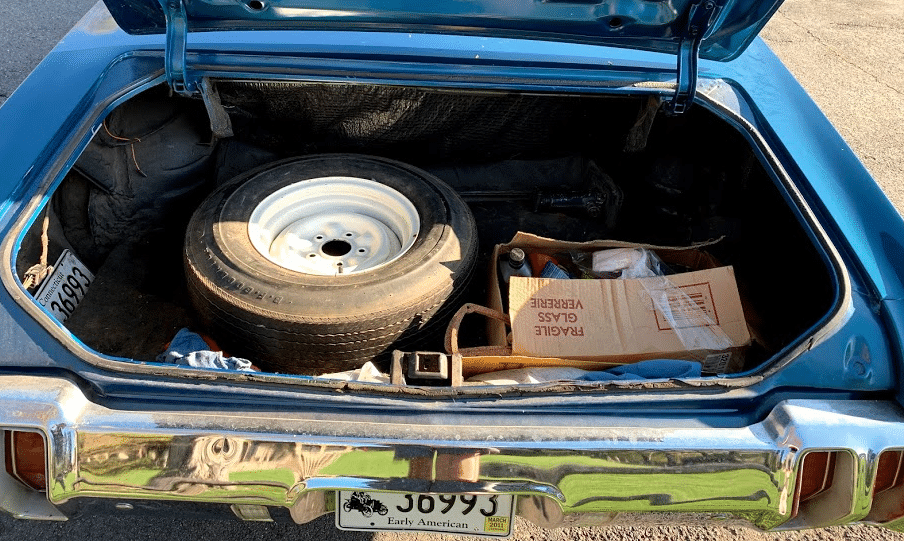 A nice driver-quality classic car owned by its current caretaker for over thirty years, displayed with plenty of honest pictures and offered for a realistic asking price.  This 1970 Oldsmobile Cutlass Supreme Convertible currently listed on Craiglist in Woodbridge, Connecticut is the poster car for why we created GuysWithRides.  The current caretaker is offering his member of the family over 30-plus years at $14,500 or best offer.  A review of the Hagerty Insurance Online Valuation Tool confirms this private seller has his Cutlass priced between the current #3 “Good” appraisal of $16,400 and the #4 “Fair” (Daily Driver) estimate of $11,300.

The third year of the third generation Oldsmobile intermediate offering, the 1970 F-85 and Cutlass were available in six body styles in addition to the convertible featured here.  Counting all trim level and body style permutations, Oldsmobile’s 1970 lineup included 15 different intermediate models.  With GM tossing out the 400 cubic-inch limit for intermediates and the 4-4-2 now coming standard with the larger 455 cubic-inch Rocket V8 from the big Oldsmobiles and previously used in the 1968-69 Hurst/Olds, Olds discontinued the 400 engine entirely and also offered the 455 as an option in the Cutlass S models and the Vista Cruiser wagons.

For 1970 Oldsmobile discontinued the two-speed Jetaway automatic transmission and replaced it with the three-speed Turbo Hydra-Matic as the sole clutch-less offering Cutlass two-doors with the optional Strato bucket seats and Turbo Hydra-Matic could be equipped with the Hurst Dual-Gate shifter (also known as the “His and Her-Shifter”) in conjunction with the extra-cost center console. The Hurst Dual-Gate made it possible to either put the transmission in Drive and let the transmission decide when to shift. Or it could be placed in a manual mode, much like today’s computer-controlled automatics.

Here’s a commercial we came across for the 1970 Cutlass where the theme was “You’re closer than you think to an Olds.”

We love this classic summer cruising convertible.  Yes, it needs a few things to freshen up its older restoration, but most of that can wait until next fall, and isn’t that part of the fun of owning a classic car? For now, you can enjoy this Cutlass on nice days once both the car and the automatic transmission warm-up.  Once the weather starts to cool later this year, you can look at having the top replaced and the transmission rebuilt to like-new.  Detailing the engine compartment is a great winter project you can take your time with.  The private seller provides a number of photos in the link below.  Good luck with the purchase!

This will make a great, fun summer car for someone who appreciates the classics. It does need some work but is very presentable. The interior and exterior are in good condition, was repainted when restored. Rear bench seat is original, fronts were re-covered. Has a few chips and dings in the paintwork. Floors and trunk are original as well as the majority of the body panels. I have photos of the restoration while in progress.

Has about an 8-inch tear in the convertible top on the passenger side. Occasional transmission issue where it will not shift out of first gear until warm. Runs fine right now and has been driven about 100 miles this season with no issues.

Asking $14,500 or best reasonable offer. Please call or text using the REPLY button above with any questions or to schedule a time to see the car. Thank you!“