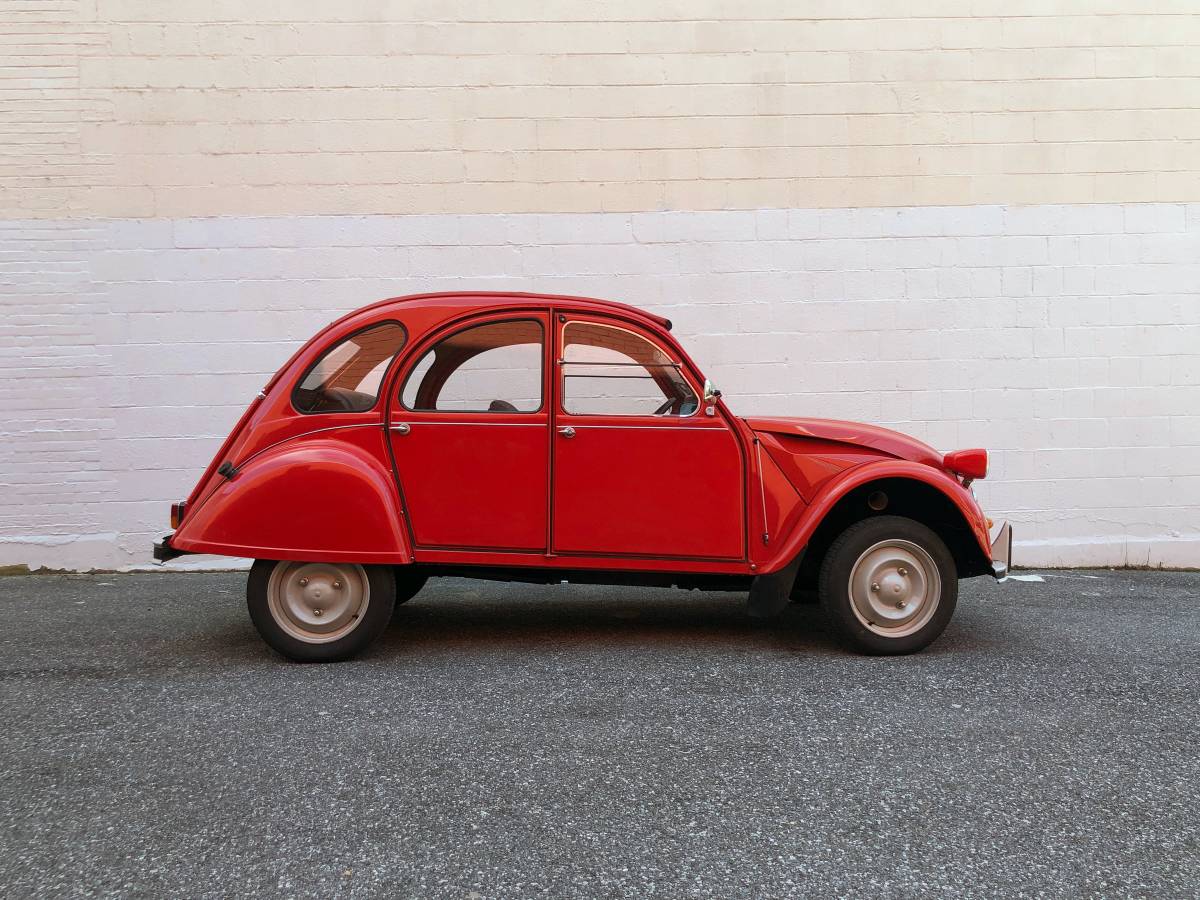 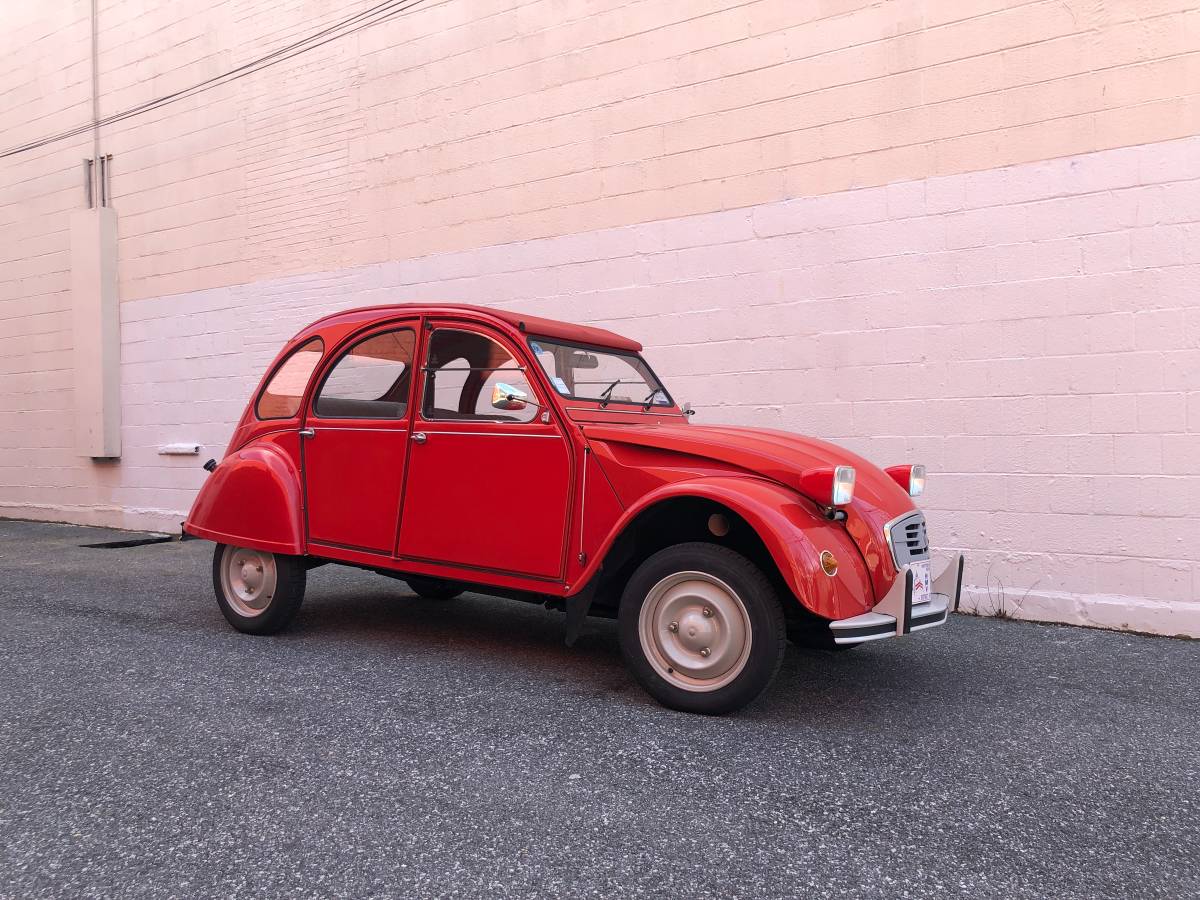 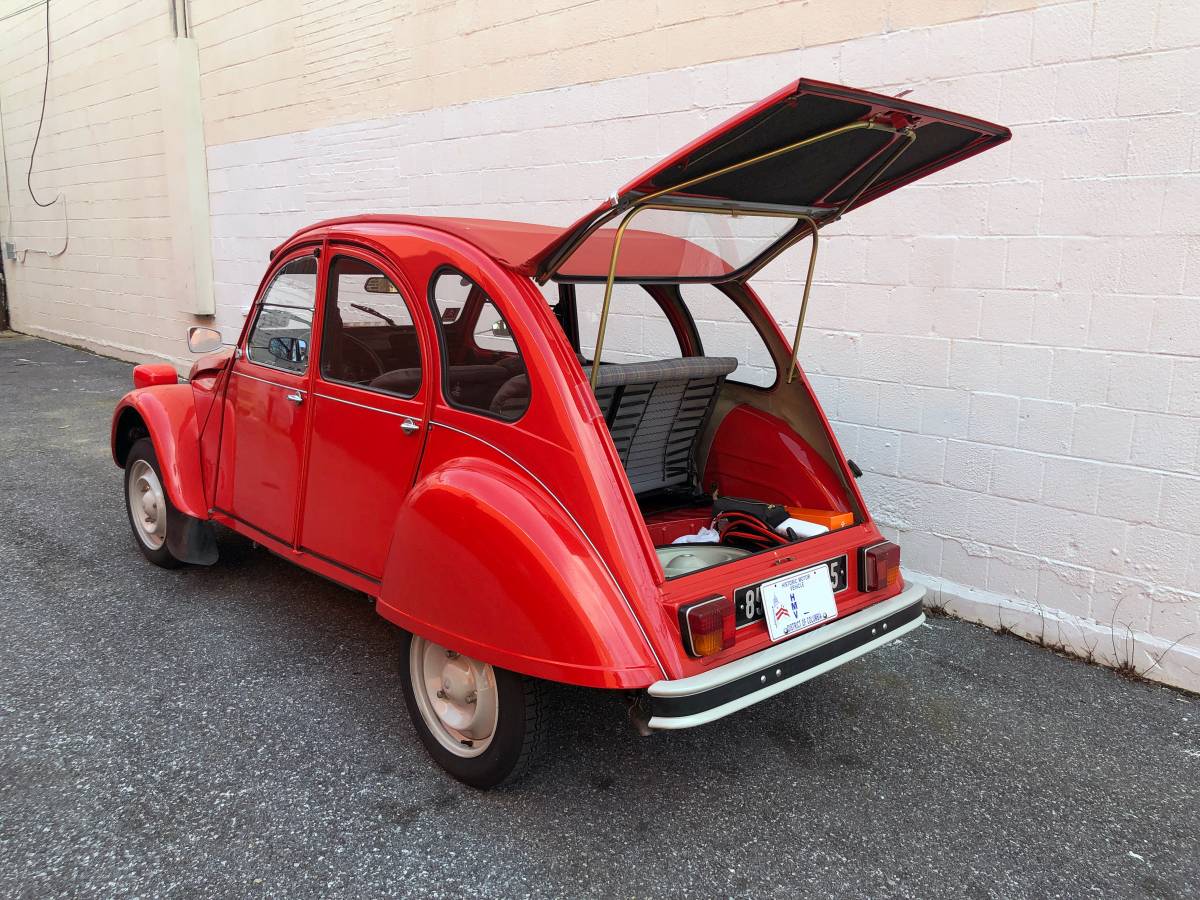 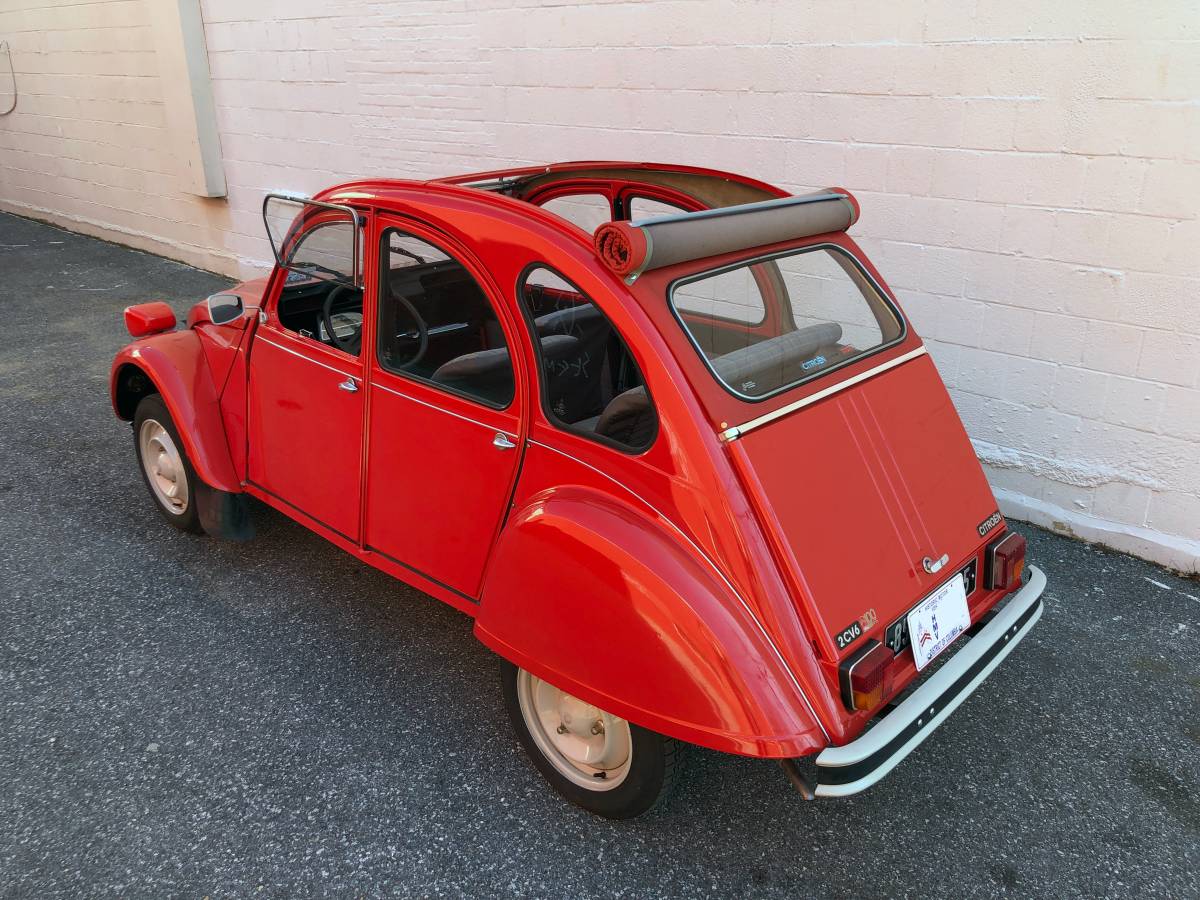 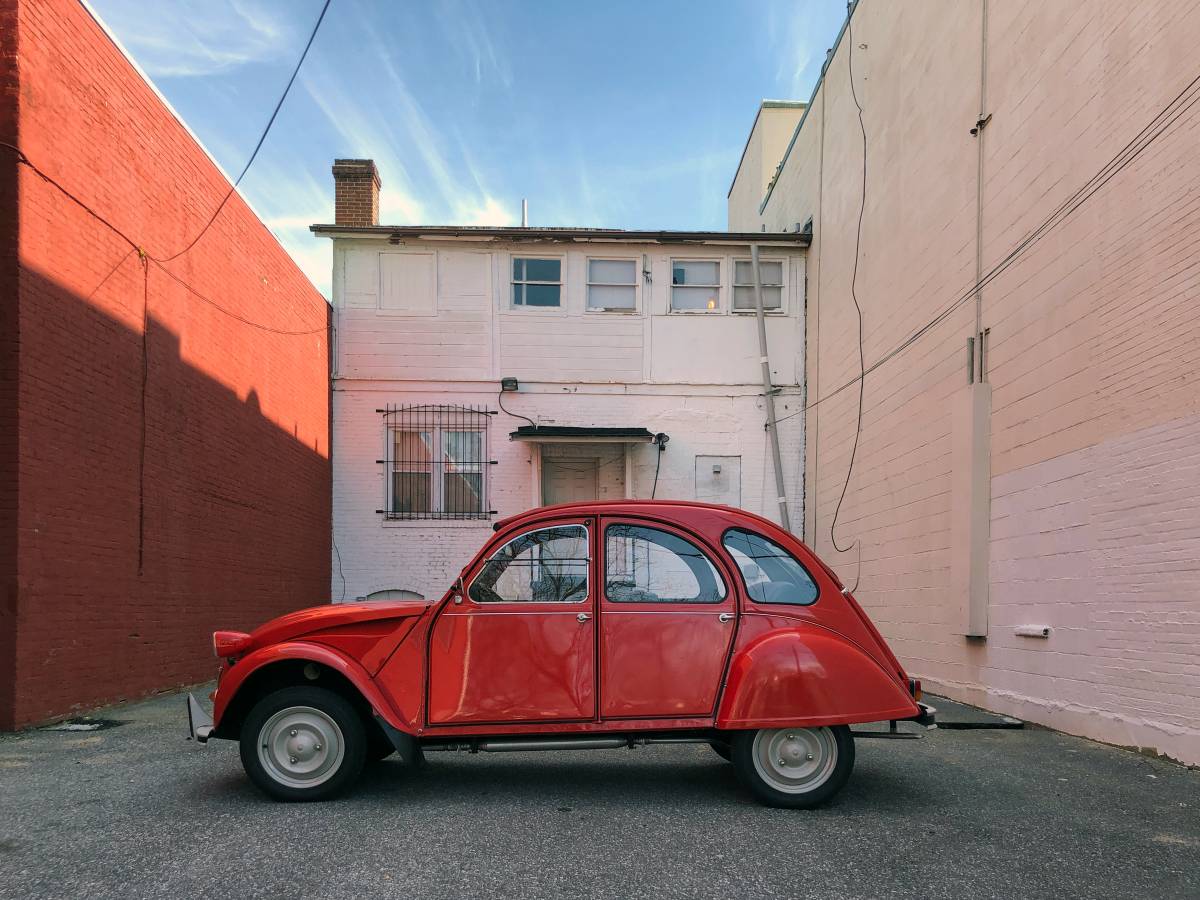 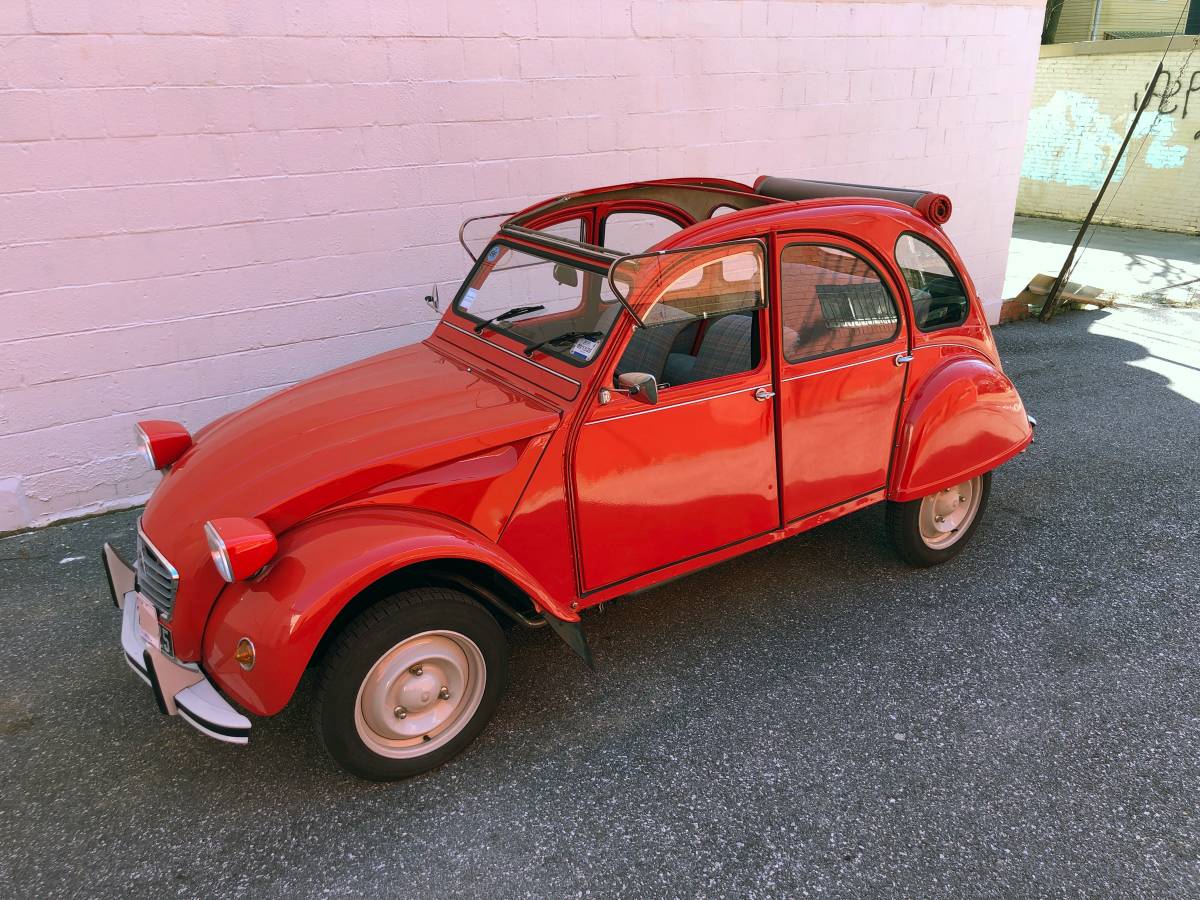 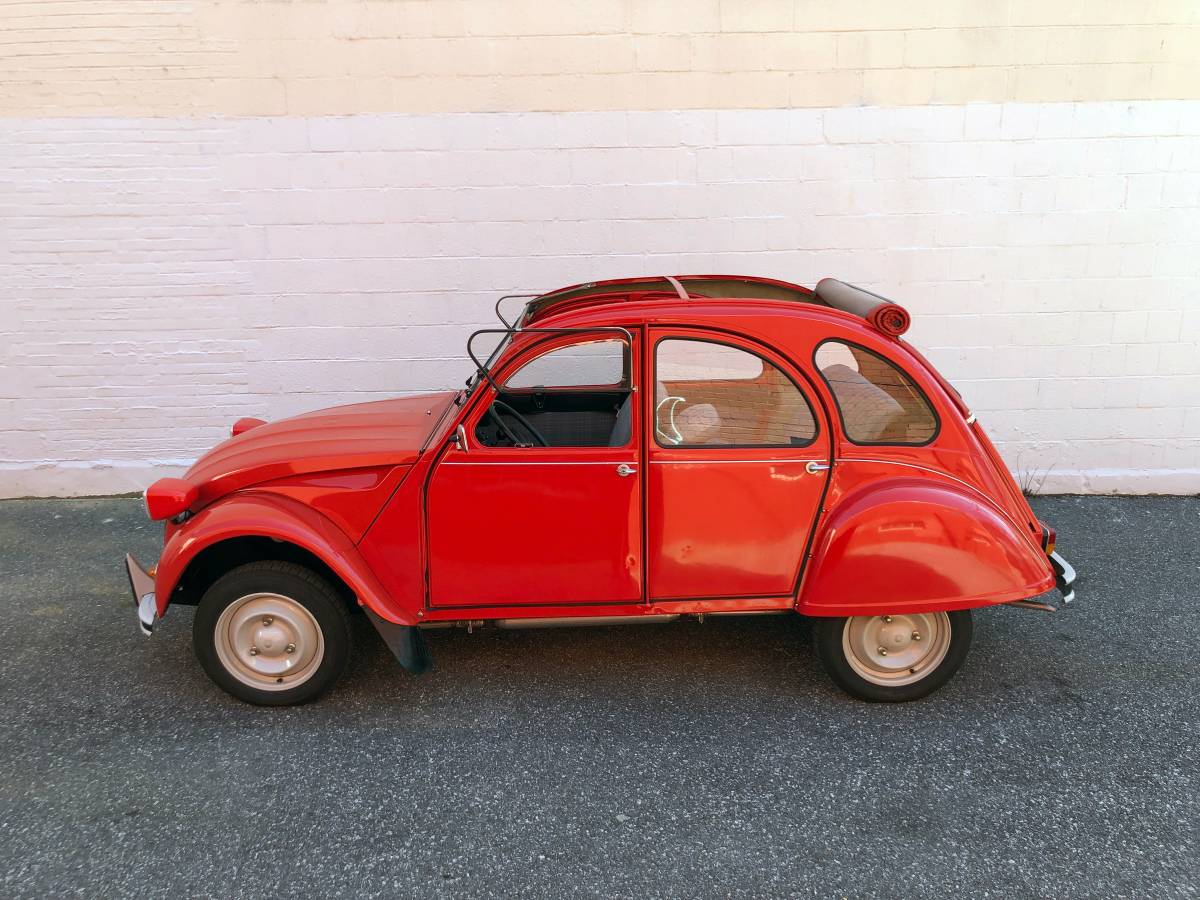 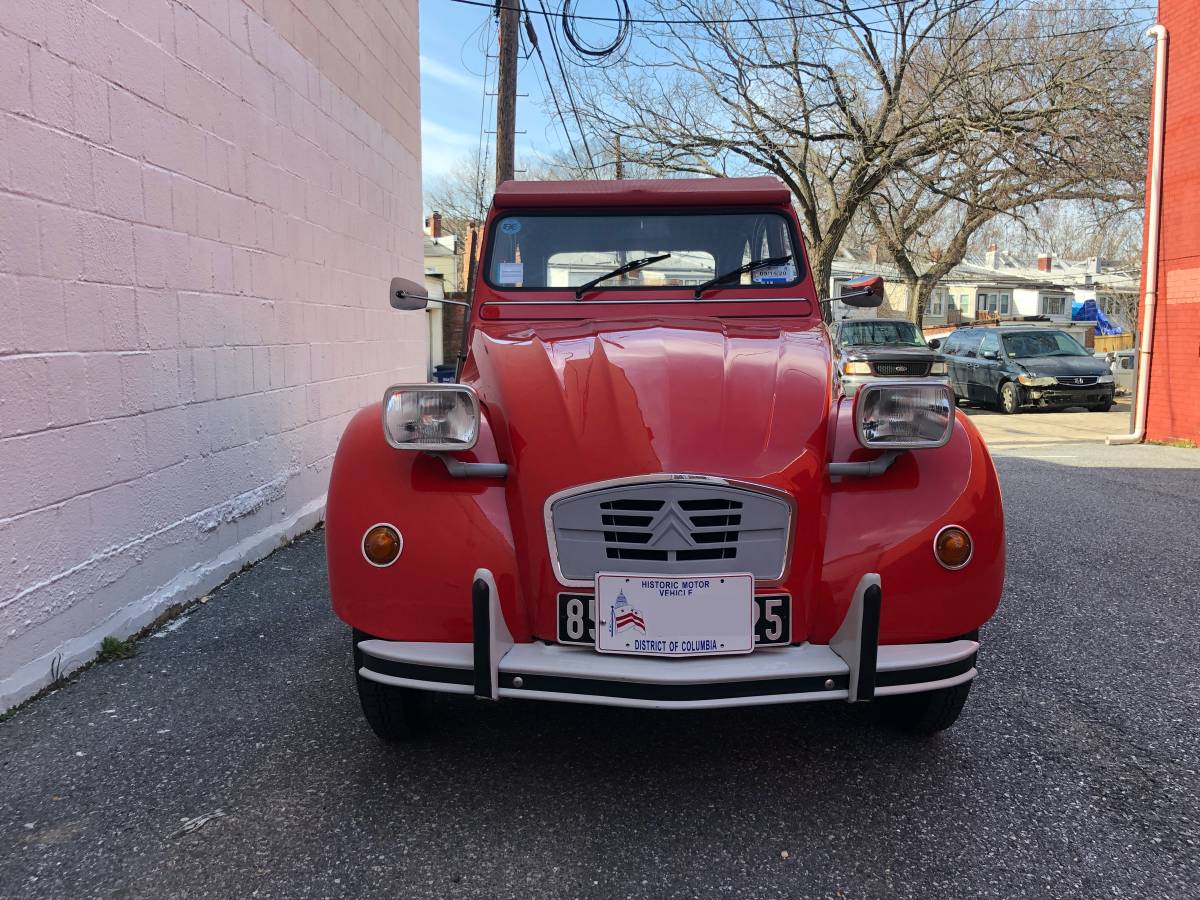 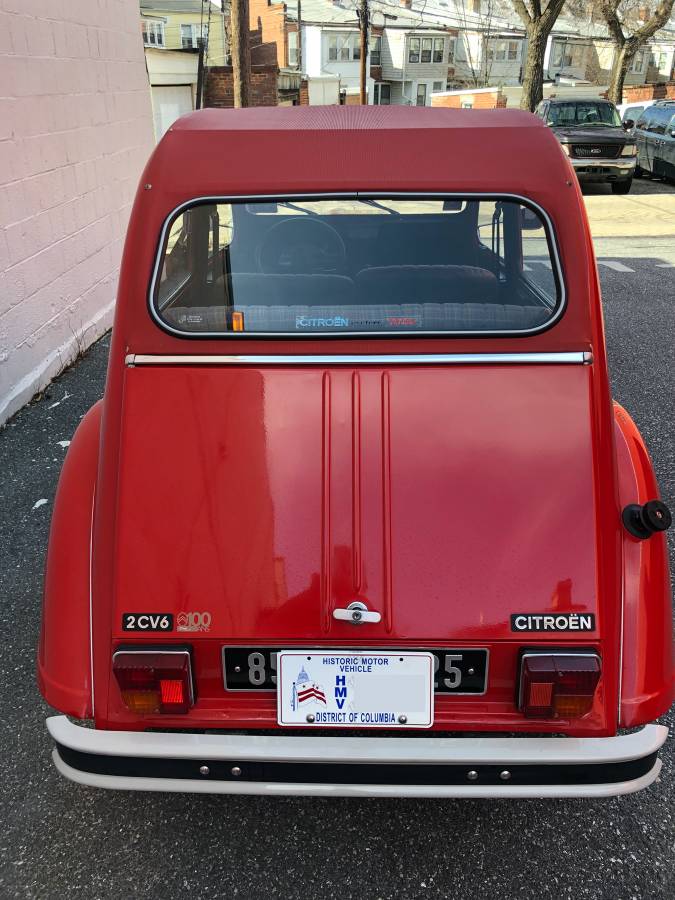 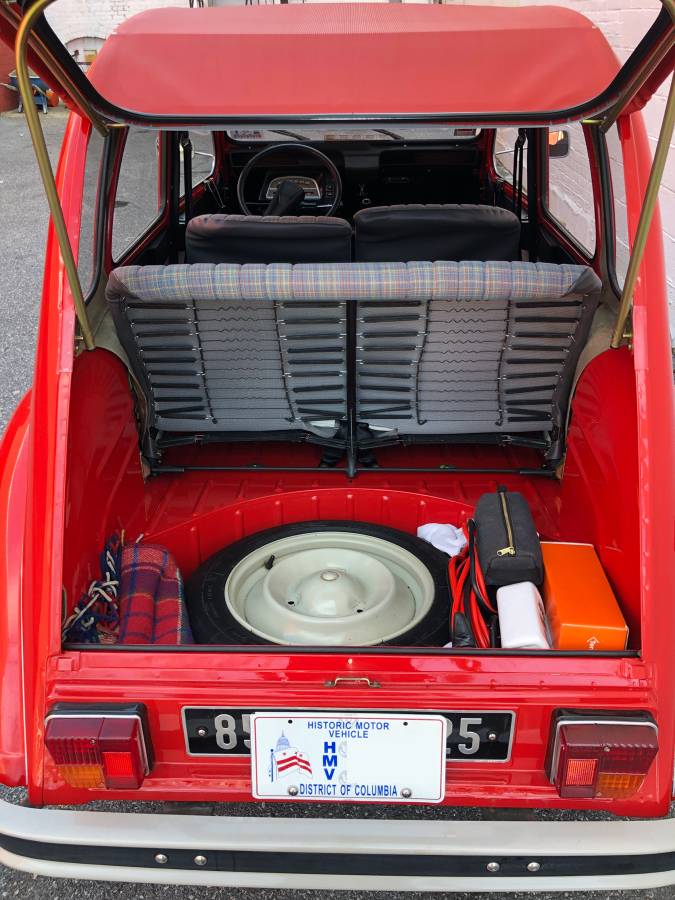 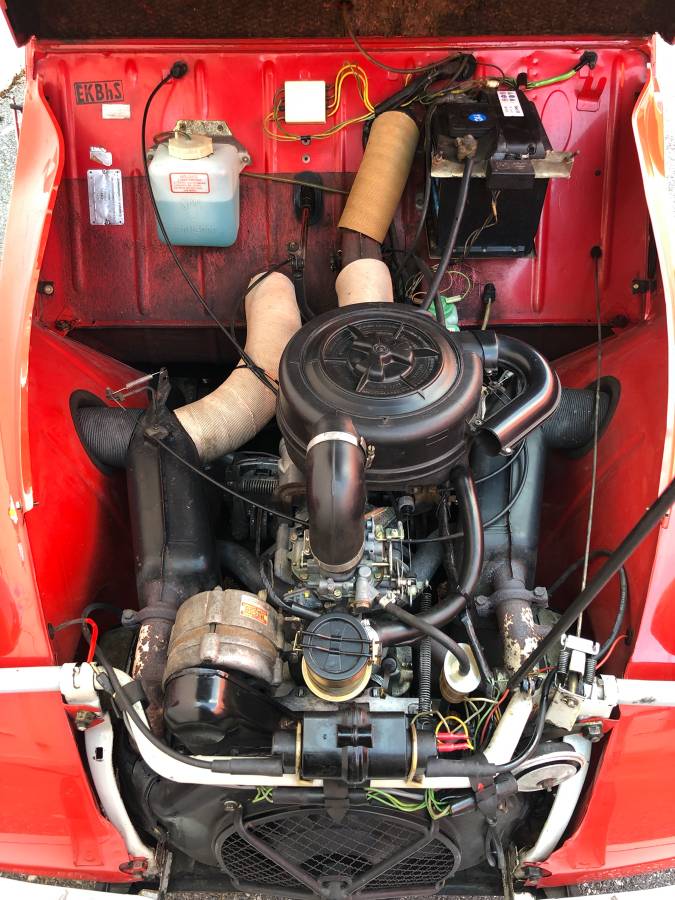 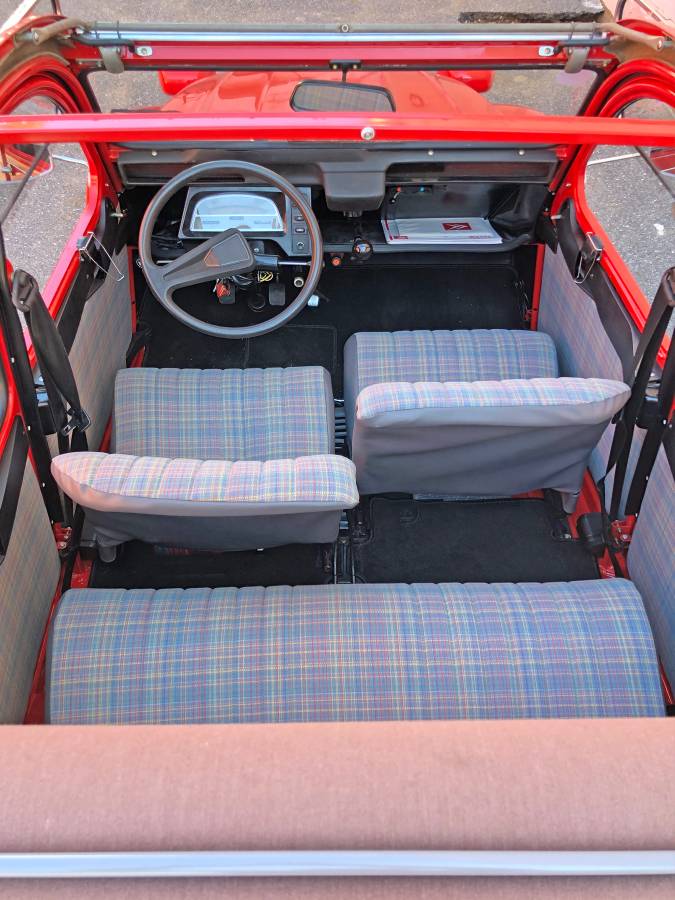 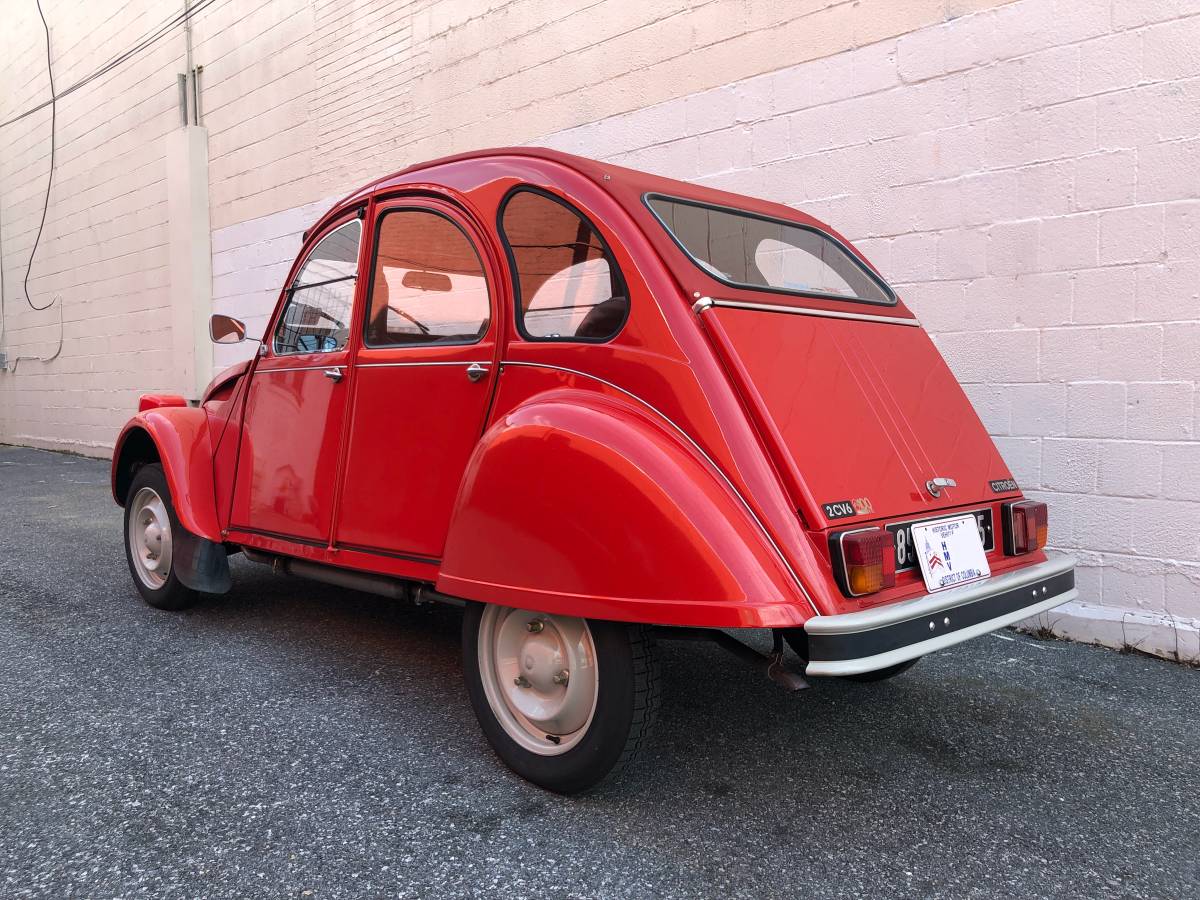 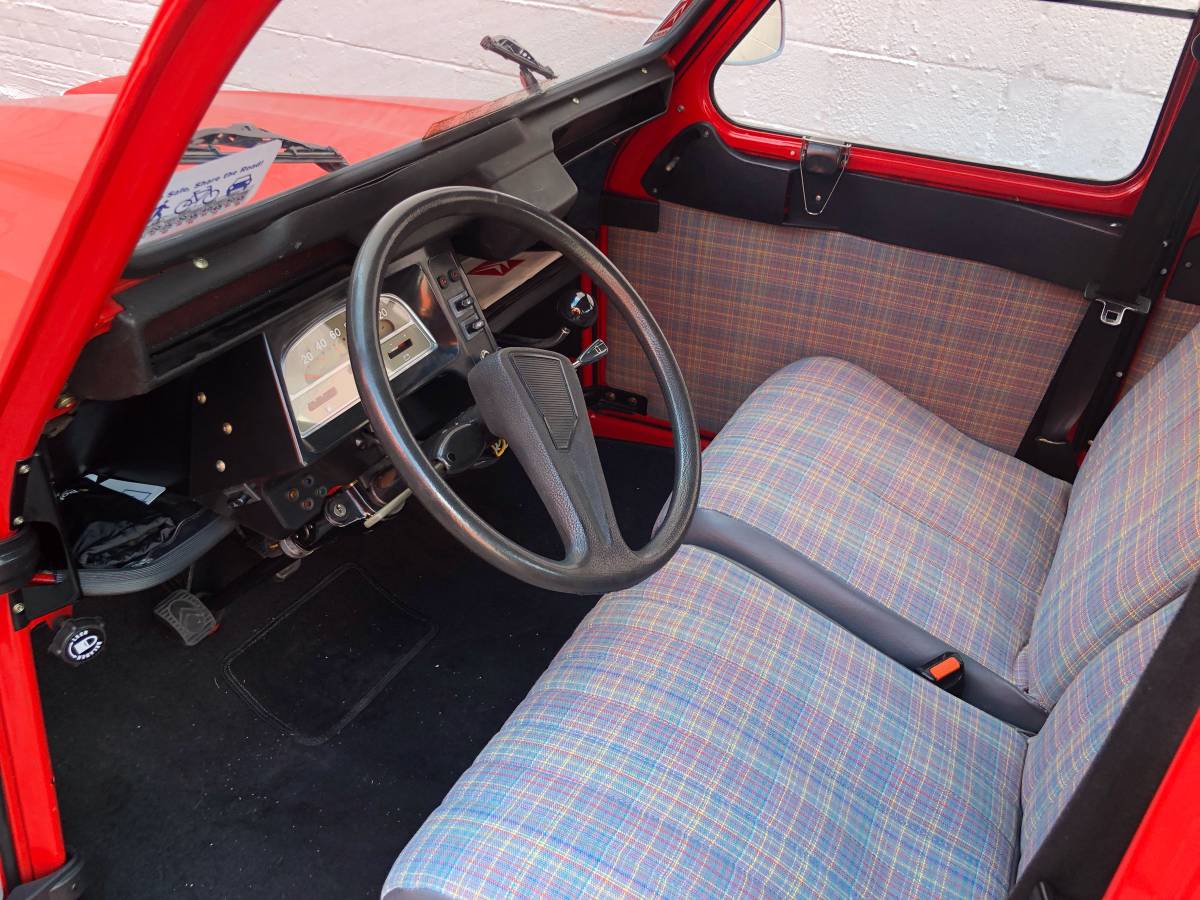 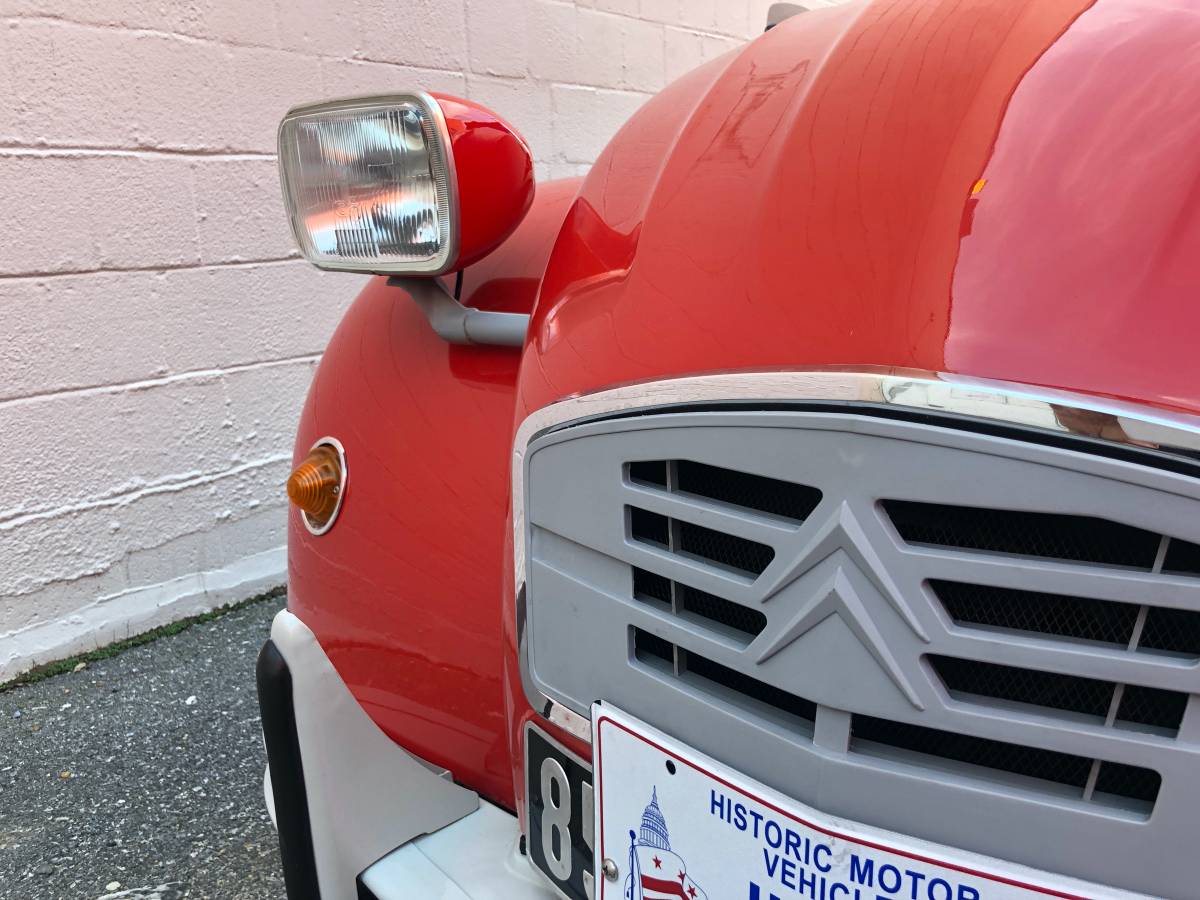 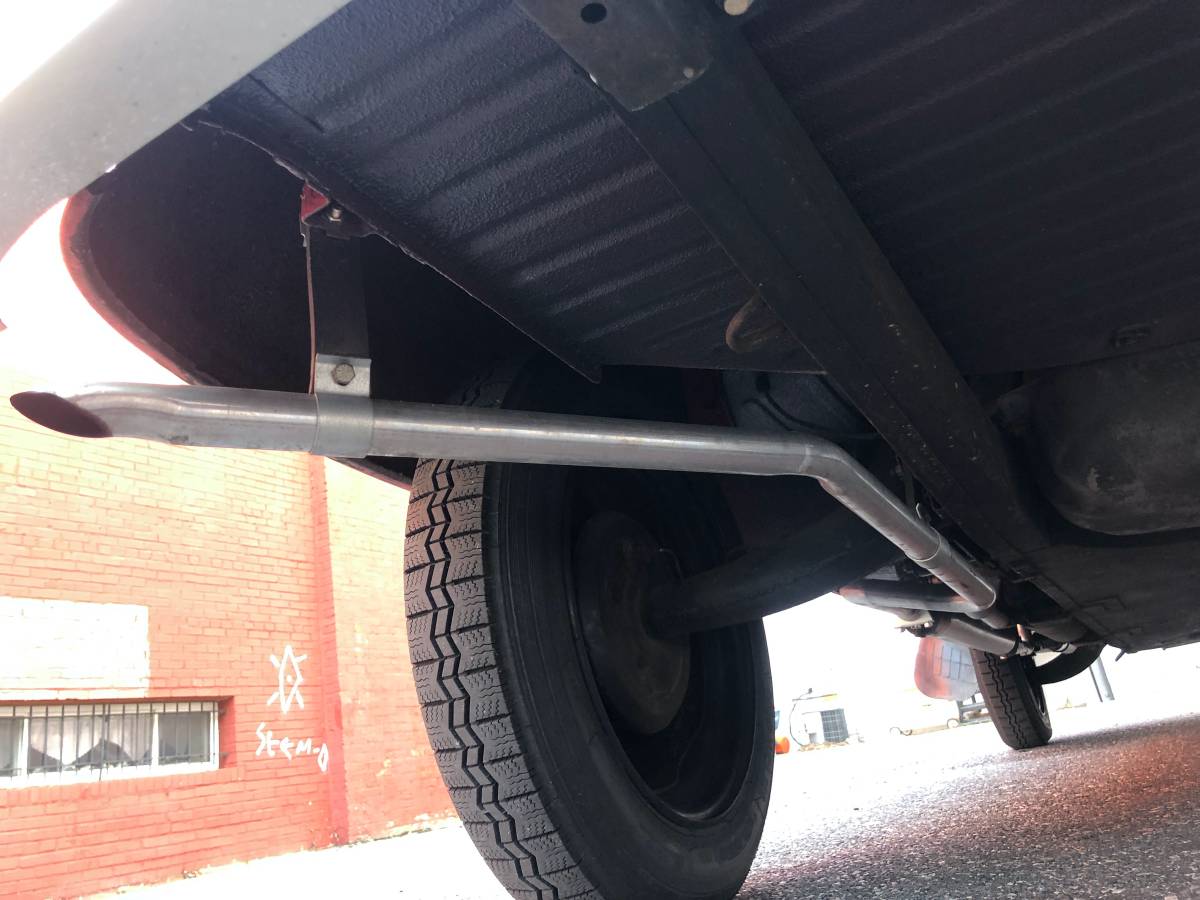 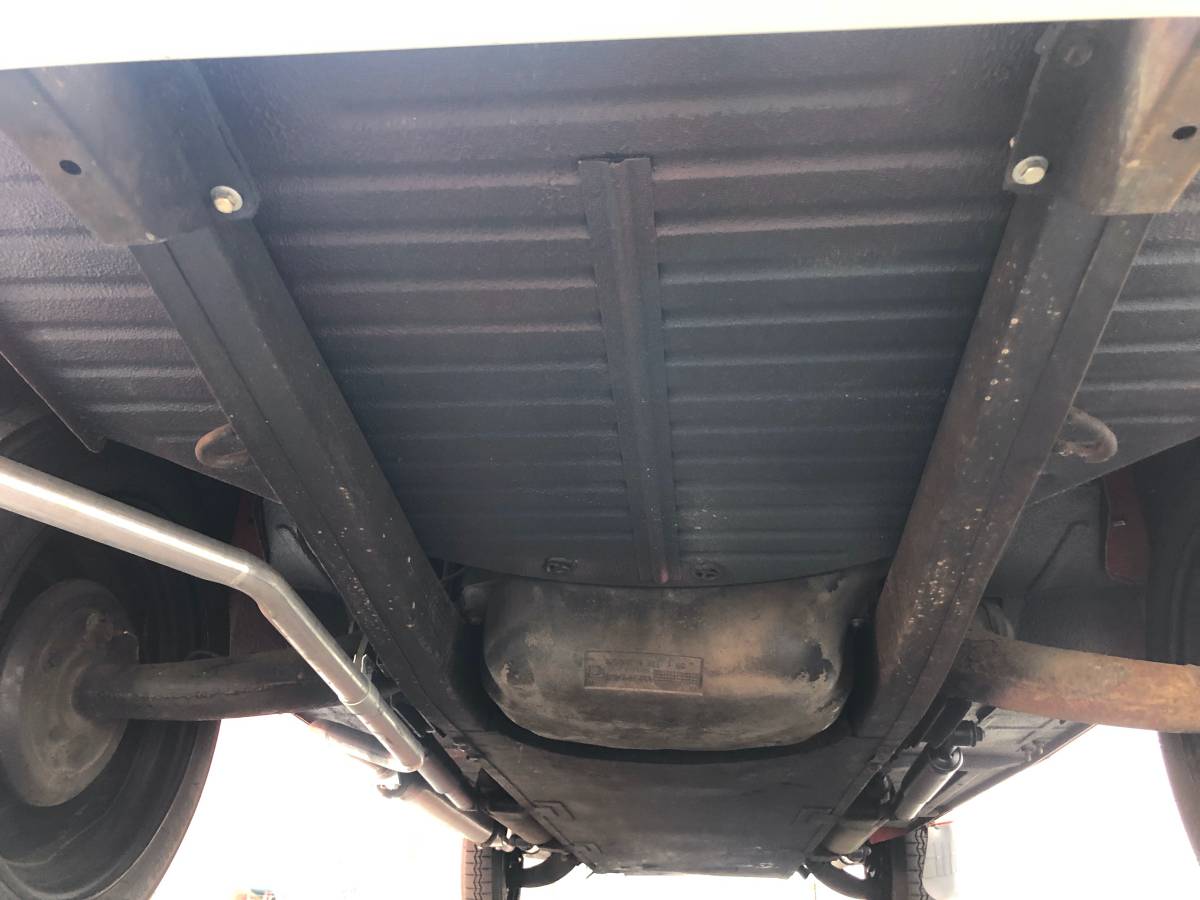 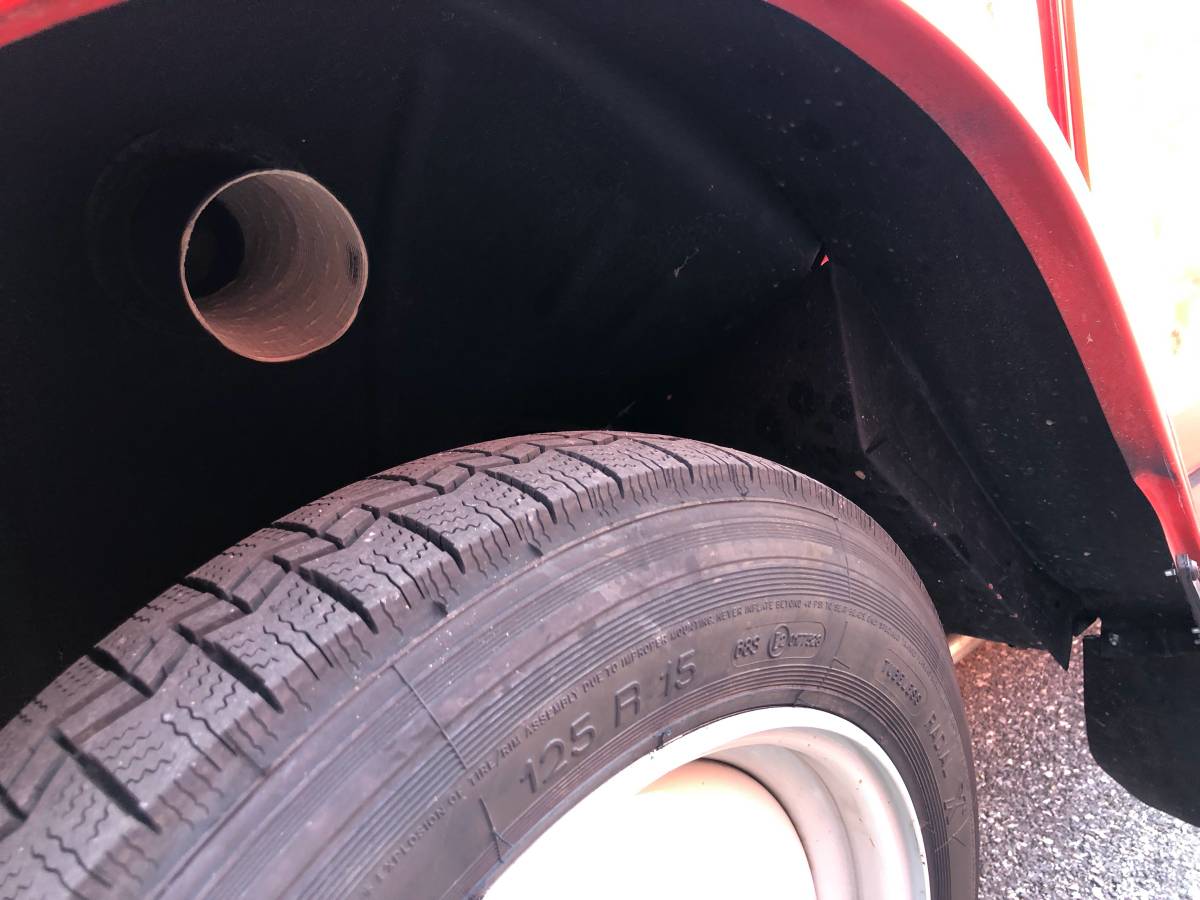 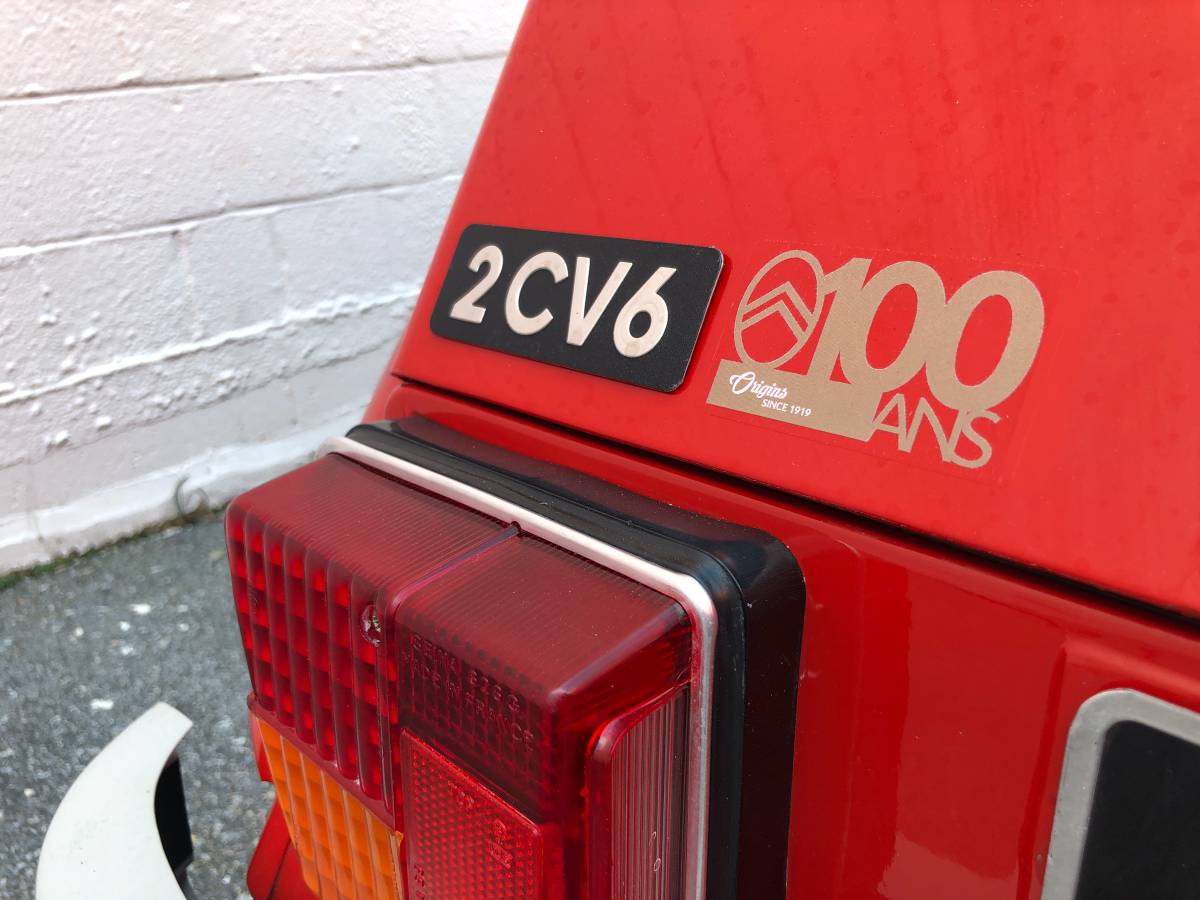 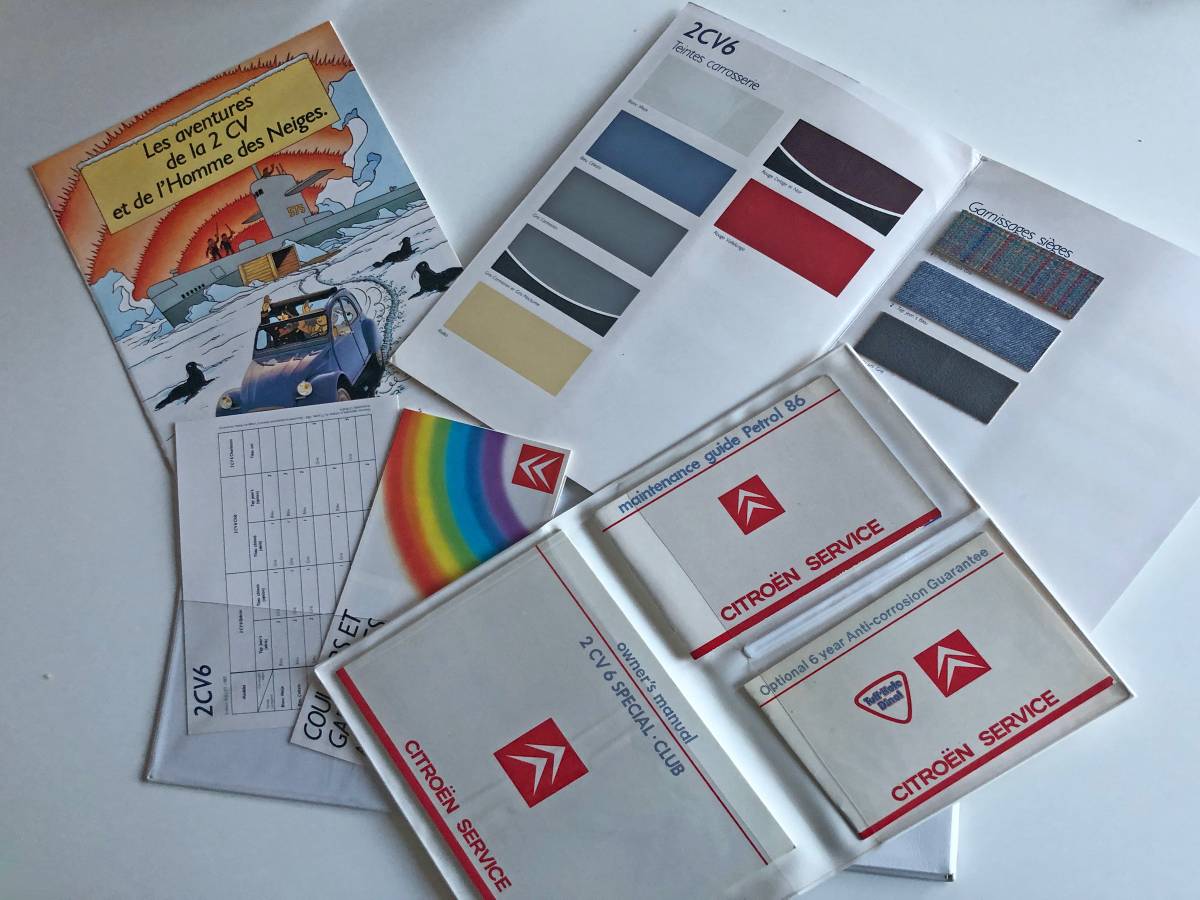 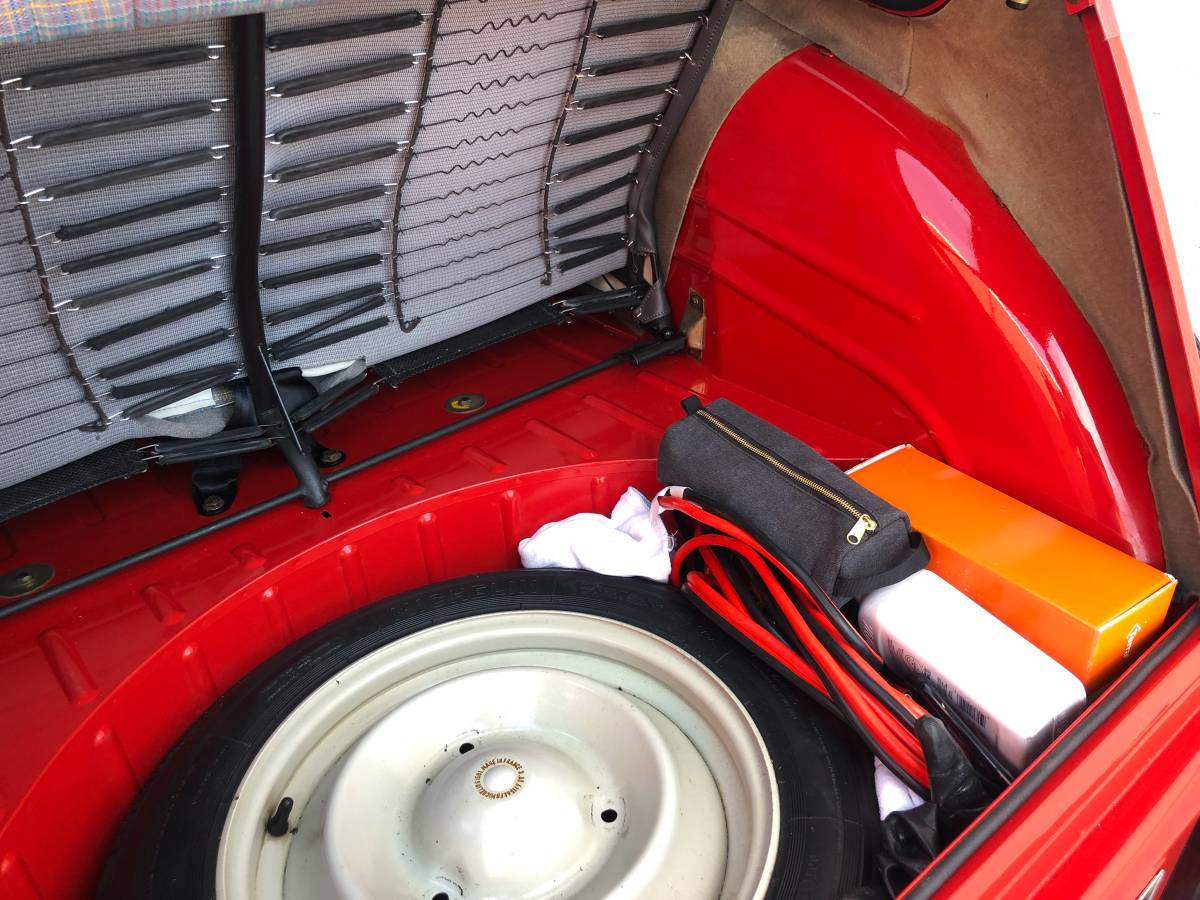 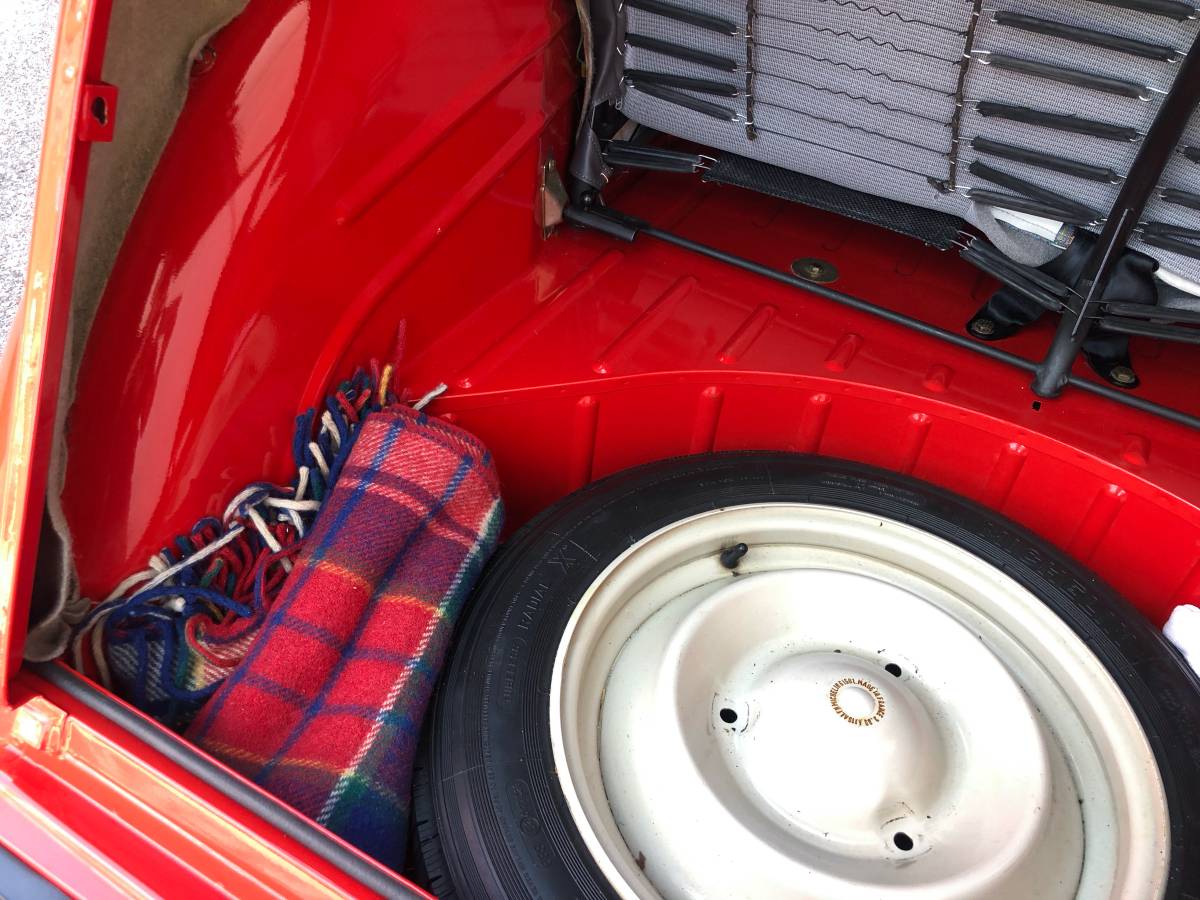 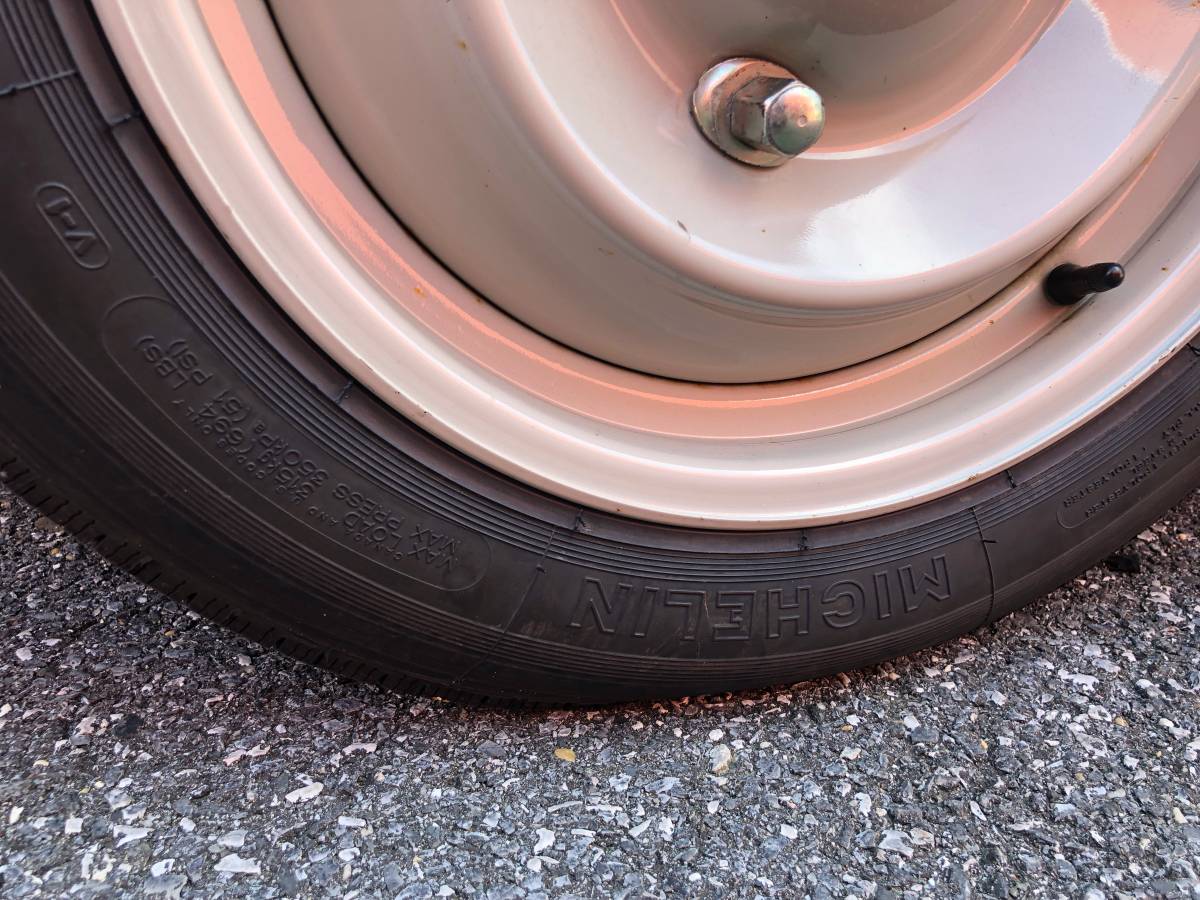 May 14th Update: We just noticed a fresh listing for this unique and rare-to-find-in-the-US ’86 Citroen 2CV we first featured at the end of March.  Originally listed with an asking price of $17,500, the fresh car-for-sale show the price dropped $700 to $16,800.  This slightly lower price brings it closer in line to the results recent sellers achieve on various other websites.  Good luck with the purchase.

We always enjoy coming across an example of a car that is arguably the best of its model and vintage and that’s exactly what we believe we have here with this restored 72K original mile 1986 Citroën Rouge Vallelunga  2CV6 listed just listed on Craigslist in Washington, DC.   The current caretaker is asking $17,500 for their Deux Chaveux, which is about three thousand higher than the mean price of five similar examples sold thus far in 2020 here on BringATrailer.com .

The Citroën 2CV, which in French is pronounced “deux chevaux,”  translates to “two steam horses”, which harkens back to when the French automaker first marketed this car as a replacement for a farm’s horses. The 2CV is an air-cooled front-engine, front-wheel-drive economy car introduced at the 1948 Paris Auto Show and manufactured by Citroën from that year all the way to 1990.

Conceived by Citroën Vice-President Pierre Boulanger to convert a large number of farmers still using horses and carts in post-World War II France, the 2CV has a combination of innovative engineering and utilitarian, straightforward metal bodywork—initially corrugated for added strength without added weight.  The 2CV featured low cost, simplicity of overall maintenance, an easily serviced air-cooled engine (originally offering 9 hp), low fuel consumption, and an extremely long-travel suspension offering a soft ride and light off-road capability. Often called “an umbrella on wheels”, the fixed-profile convertible bodywork featured a full-width, canvas, roll-back sunroof, which accommodated oversized loads and until 1955 reached almost to the car’s rear bumper. Fun fact: Michelin introduced and first commercialized radial tires with the introduction of the 2CV.  Manufactured in France between 1948 and 1988 (and in Portugal from 1988 to 1990), Citroën produced more than 3.8 million 2CVs during that time, along with over 1.2 million small 2CV-based delivery vans known as fourgonnettes.

Even into 1980, Citroën had no trouble spending advertising money promoting its latest version of the 2CV on the care-free spirit it evoked rather than on its antiquated features and benefits:

As 2CVs were never officially imported to the U.S. after 1967 (their already antiquated design could not meet newly launched safety and emission standards), you’ll have to get the story on how this example eventually found its way over to the U.S.  We’re sure its a great story and if you find out, please be sure to share it here.  If you’re looking for a great conversation starter to drive around town, this bright red restored 2CV could be a fun alternative.  Good luck with the purchase!