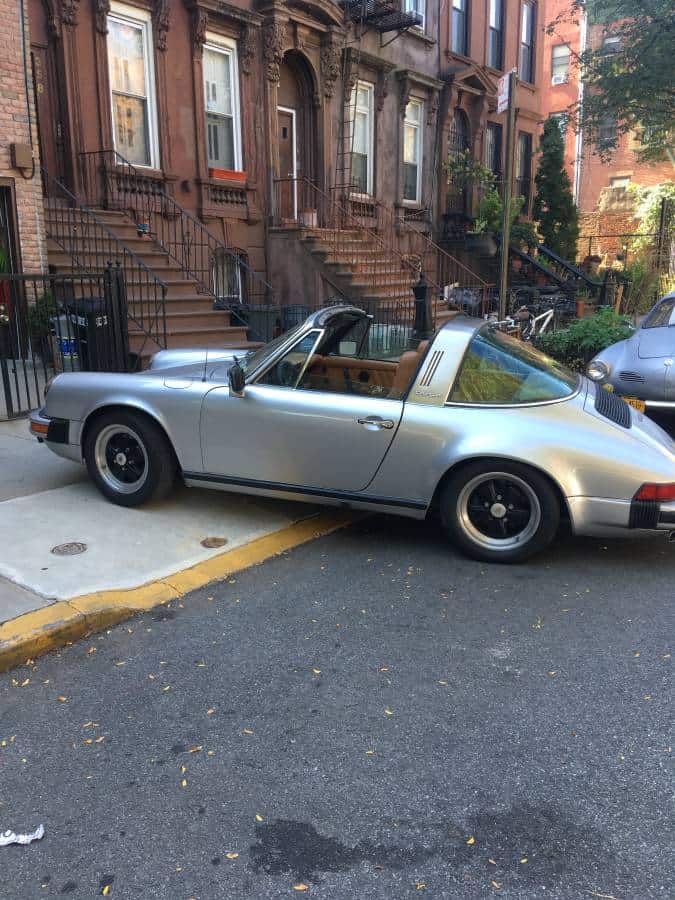 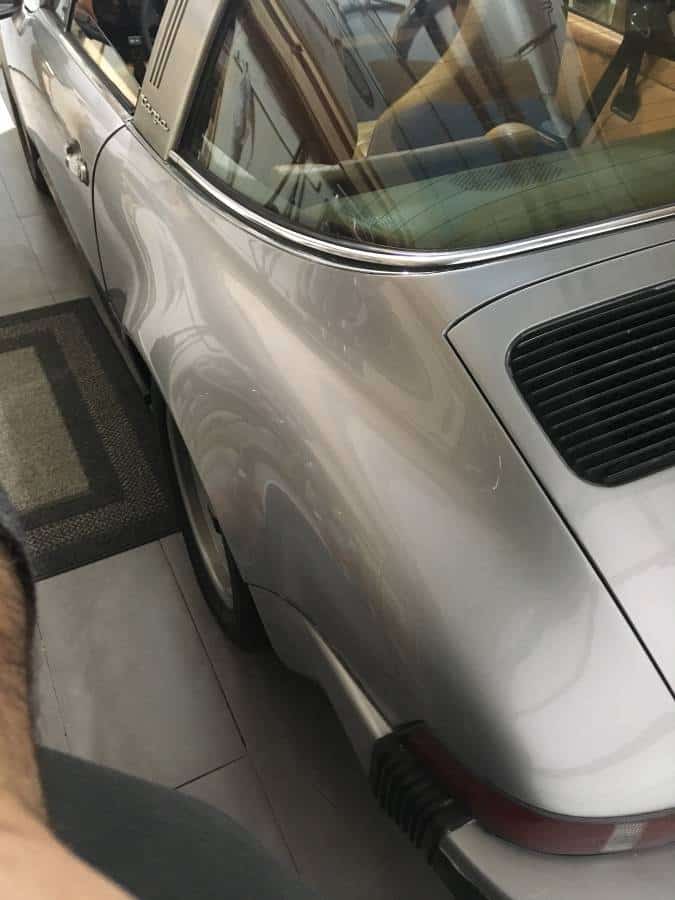 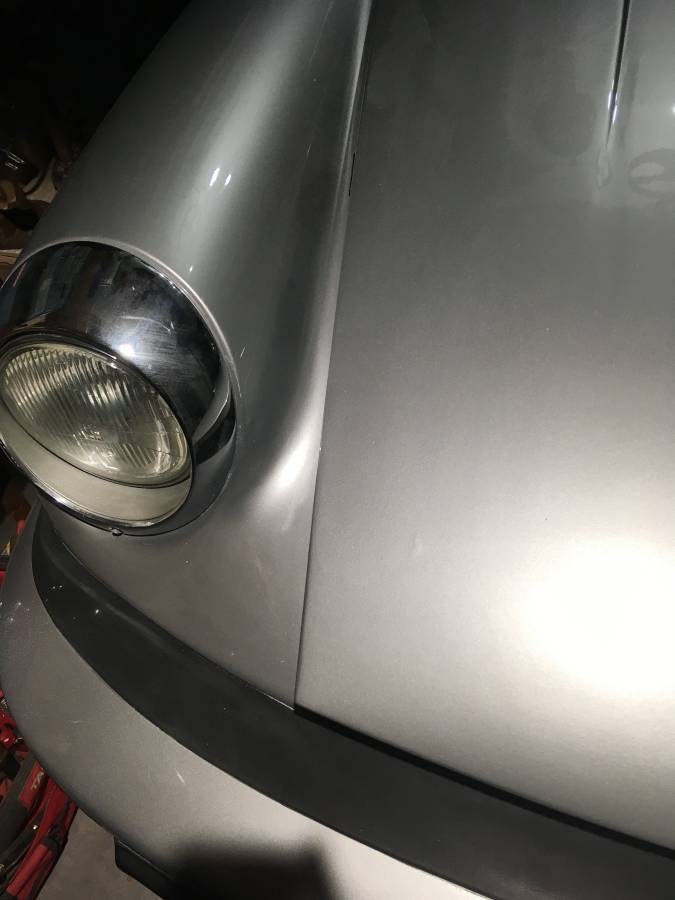 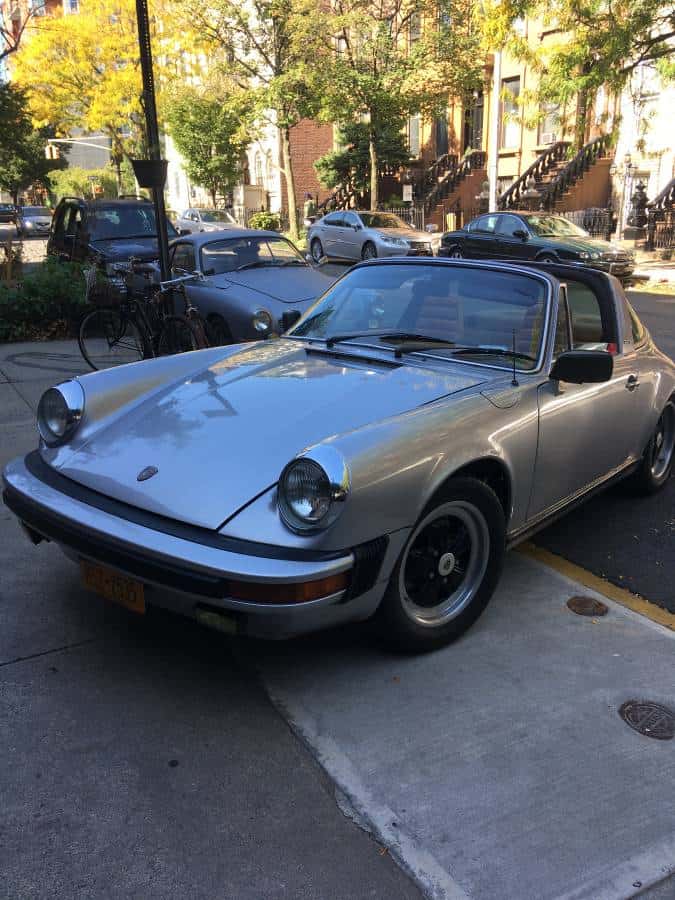 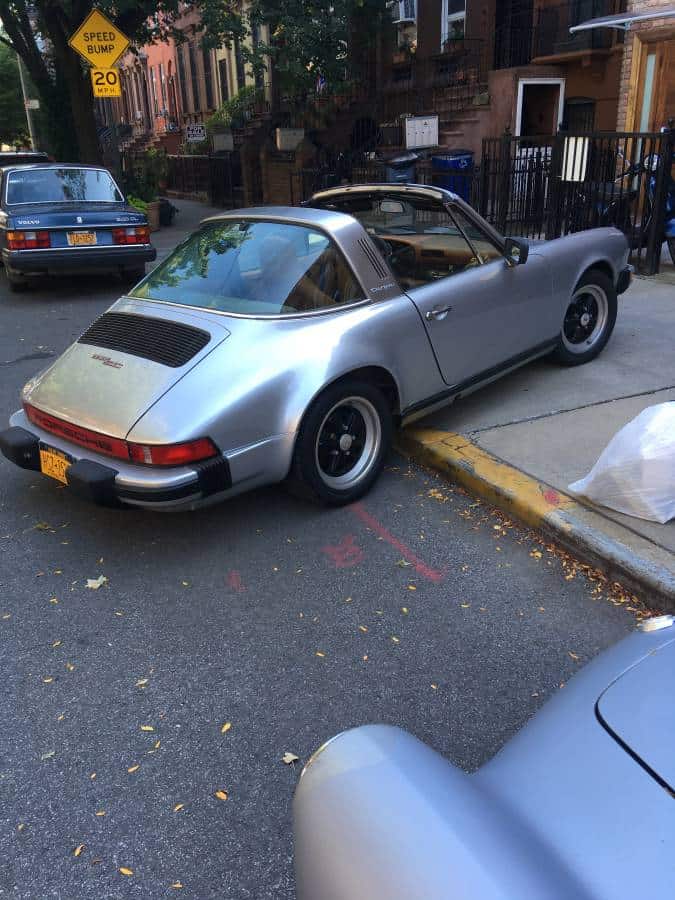 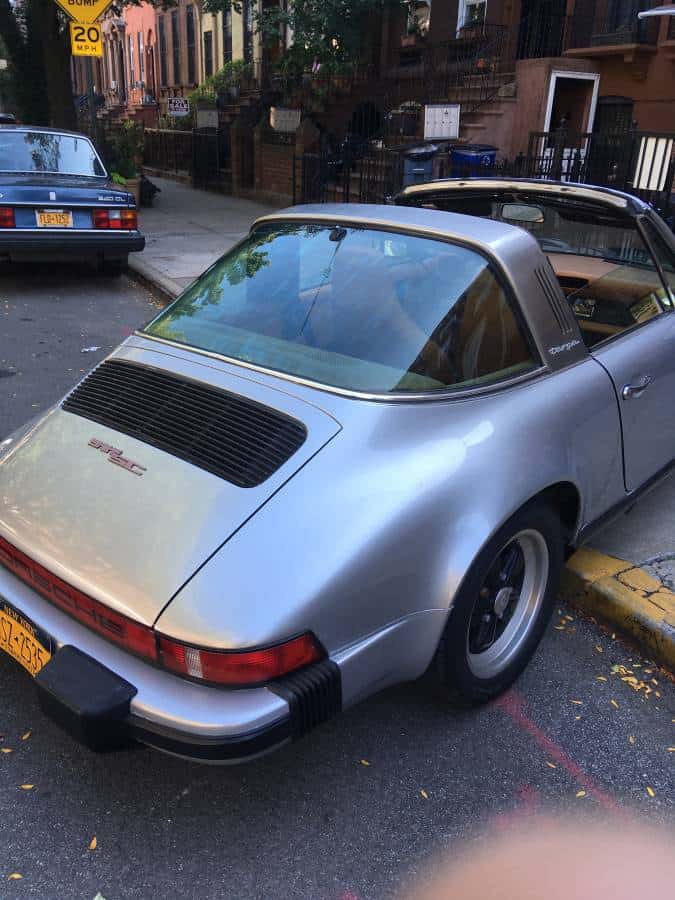 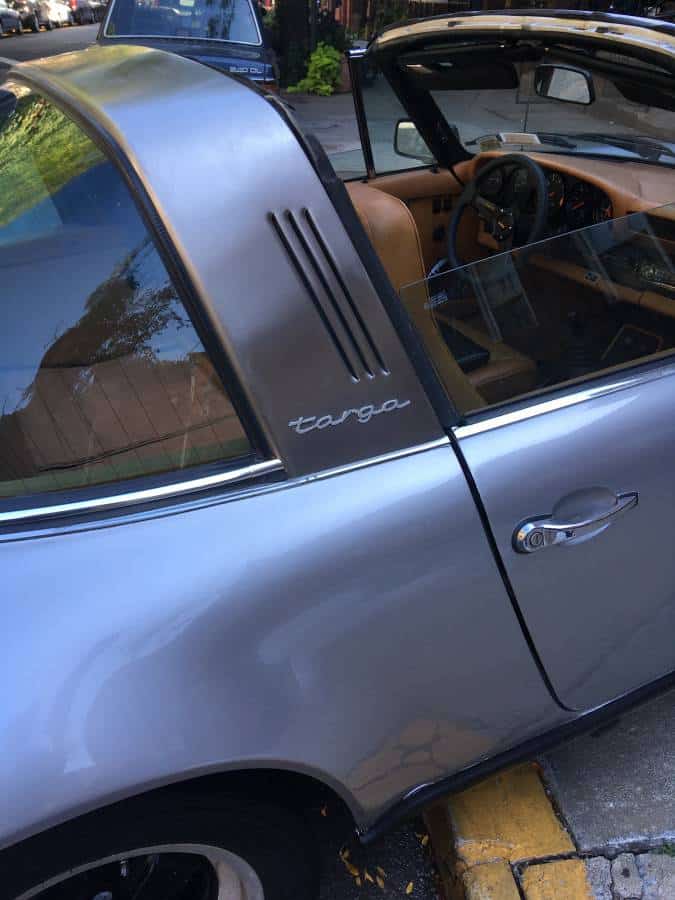 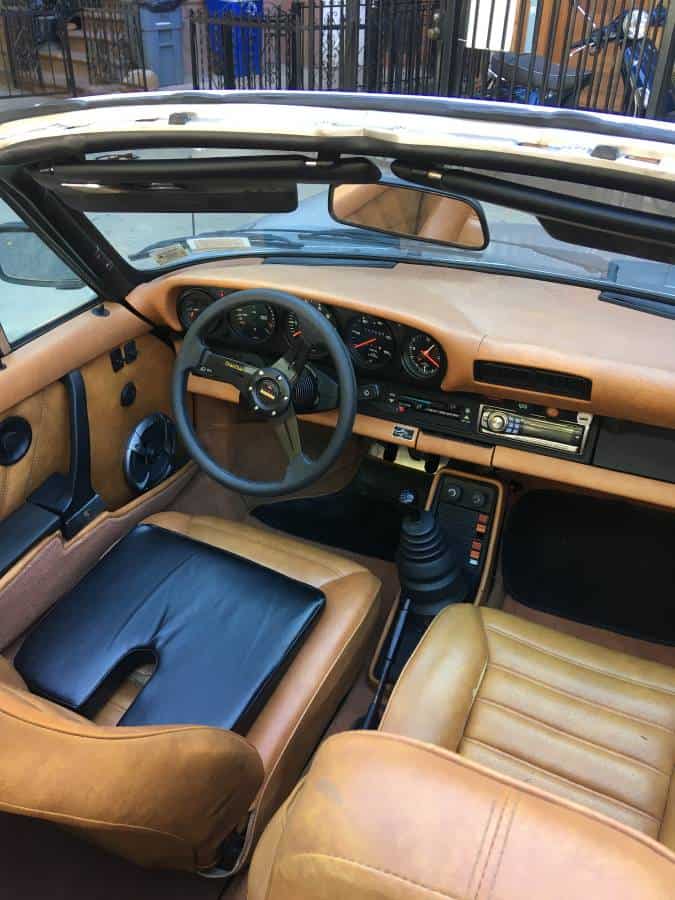 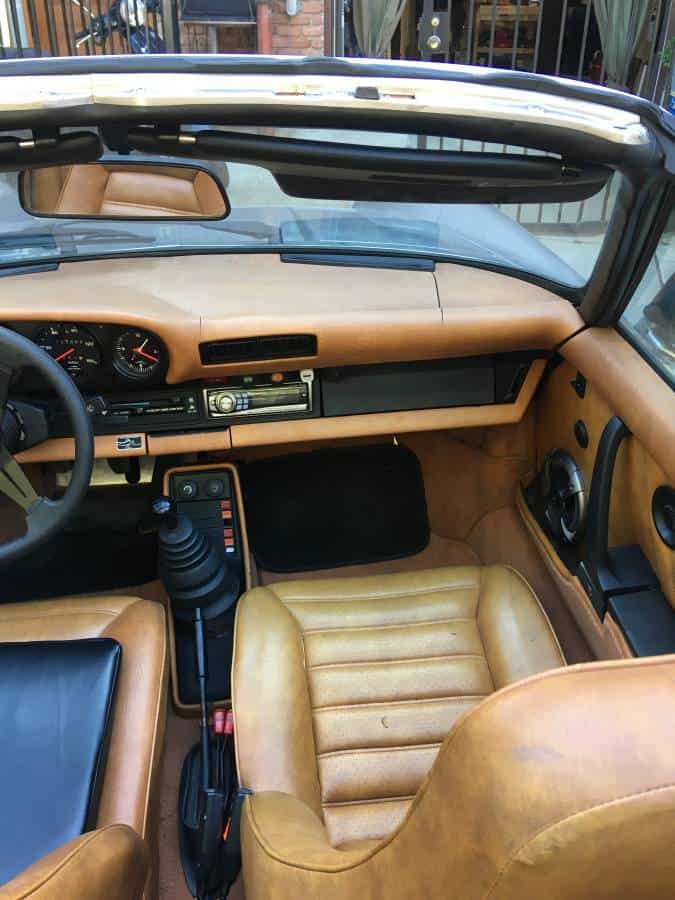 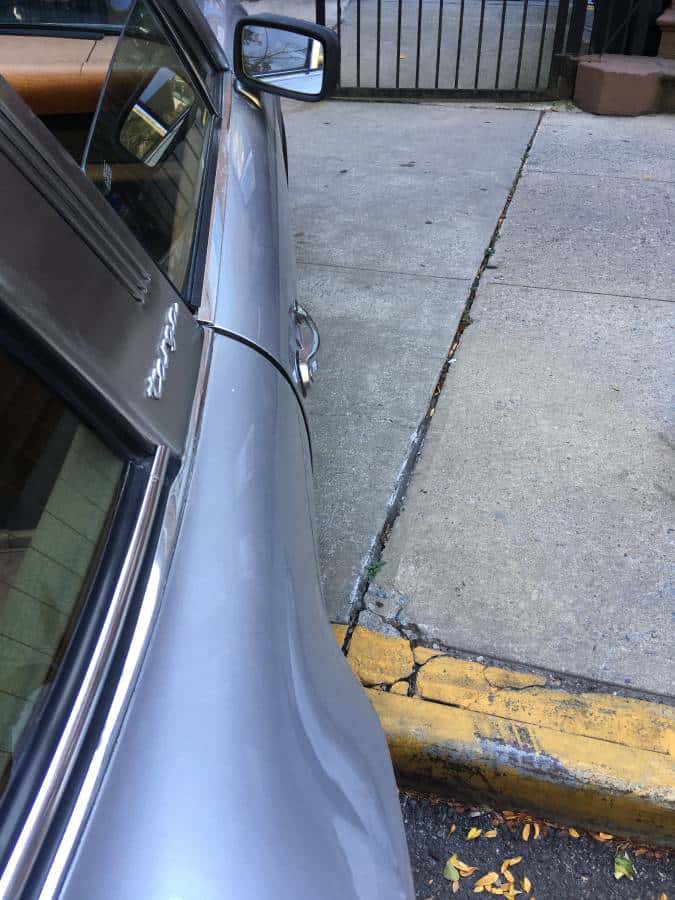 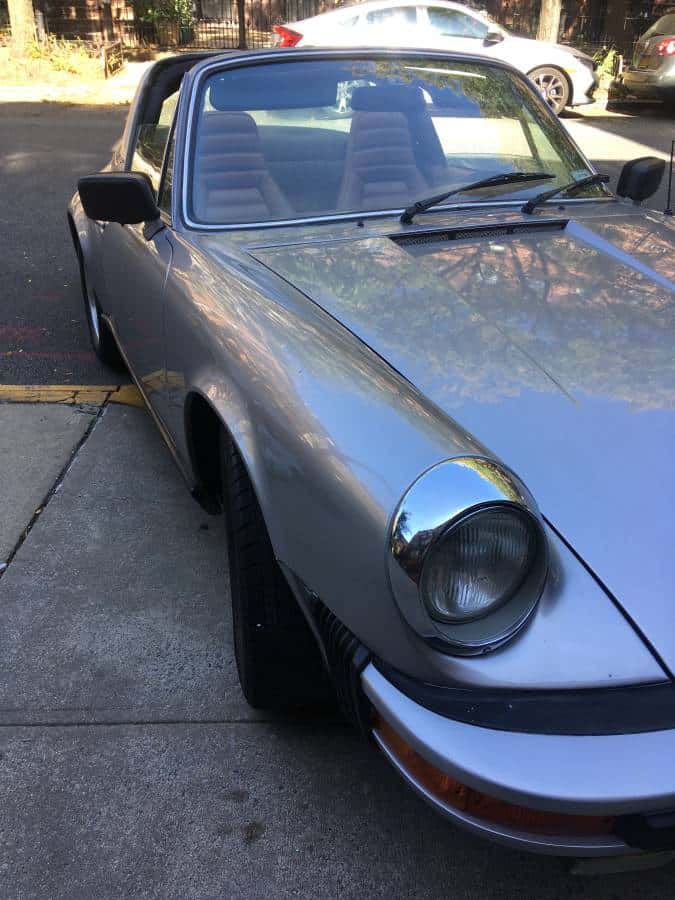 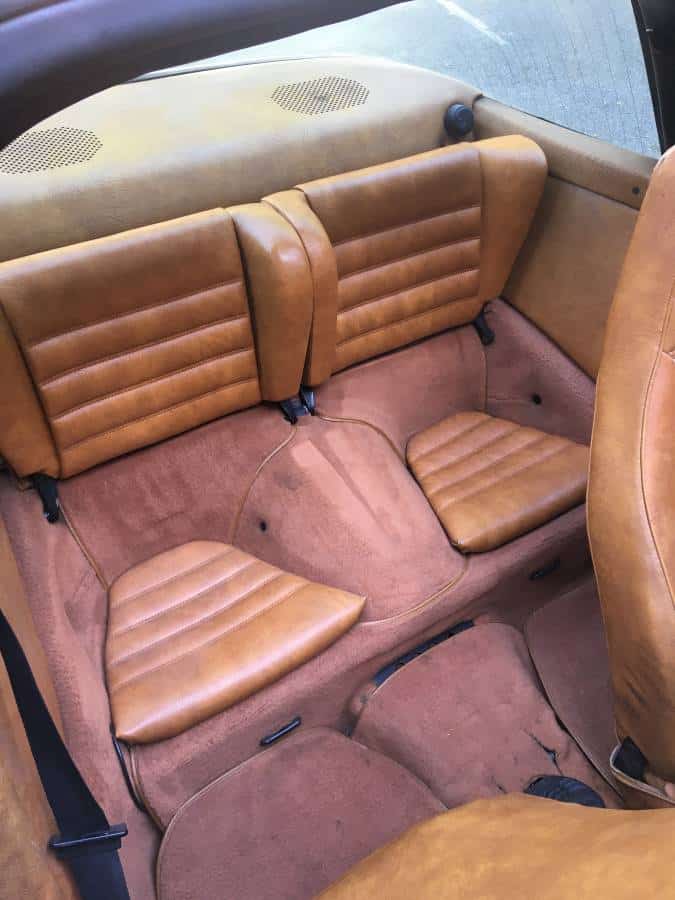 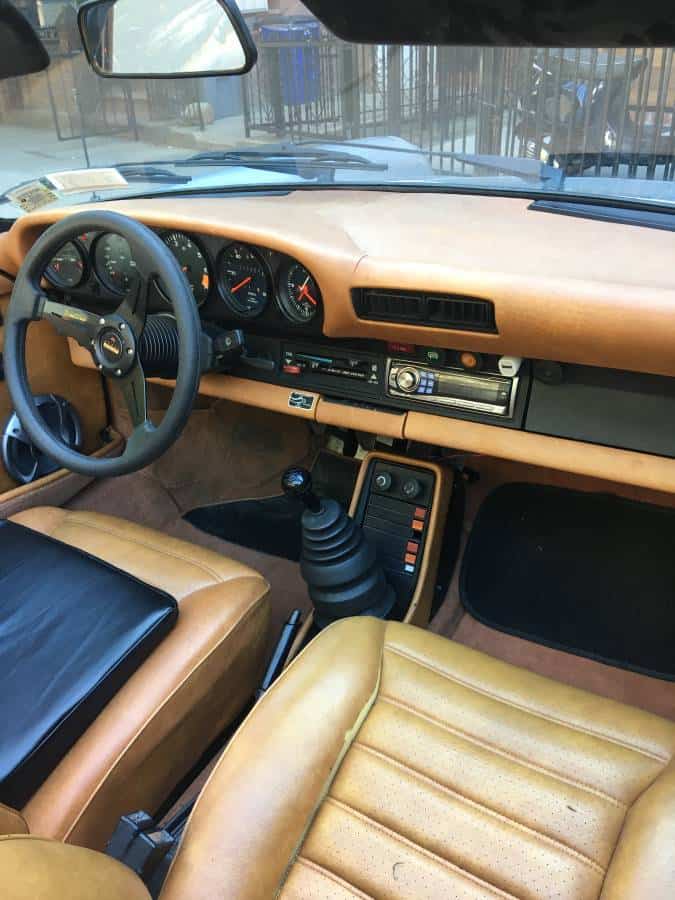 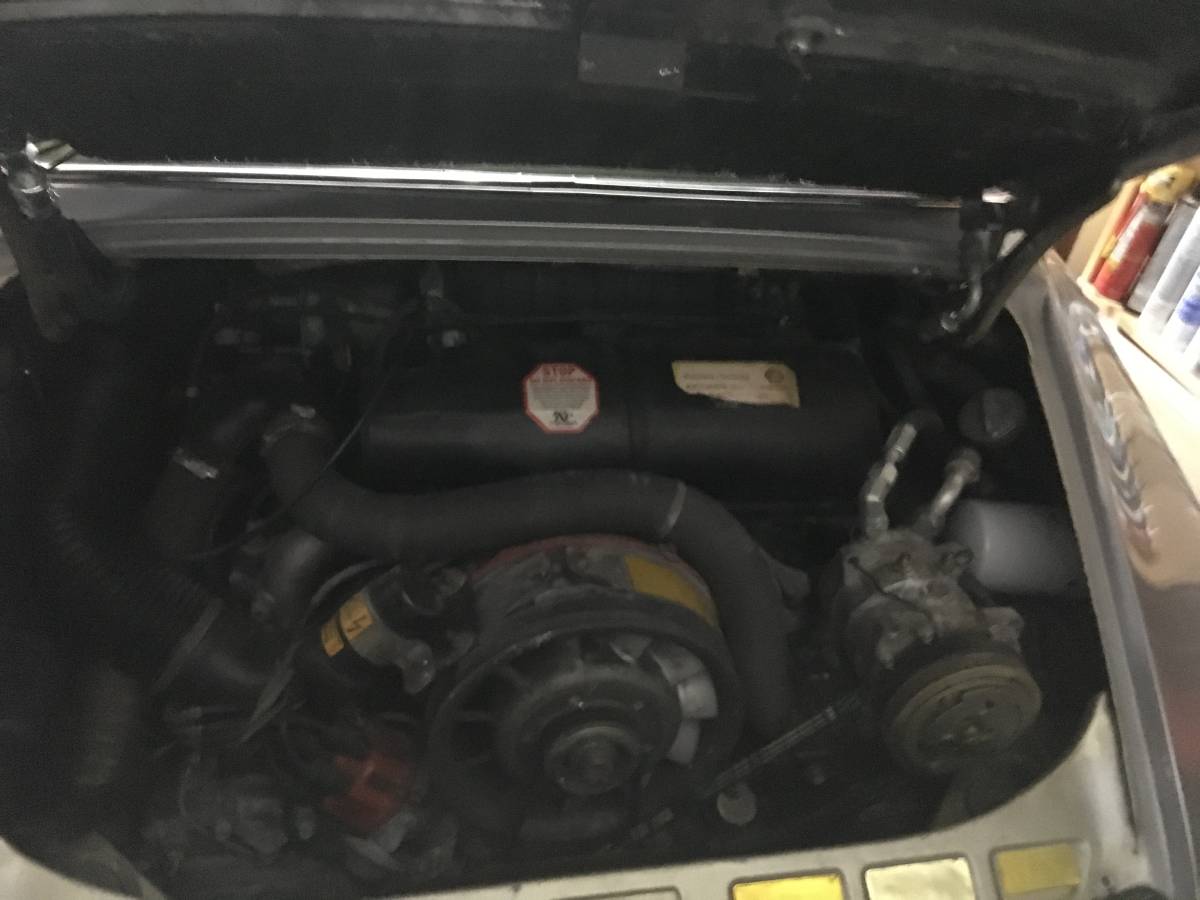 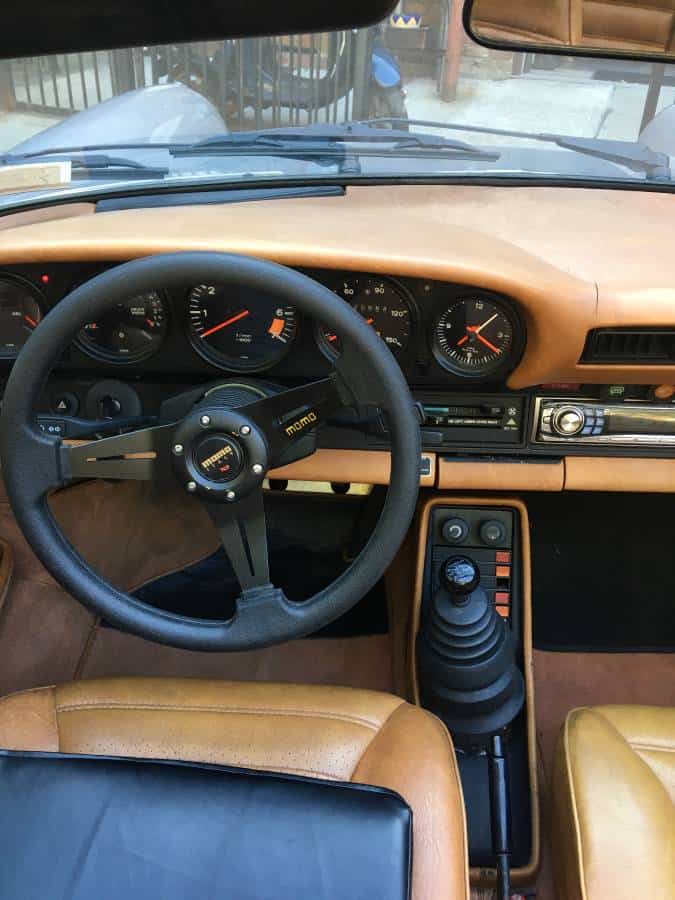 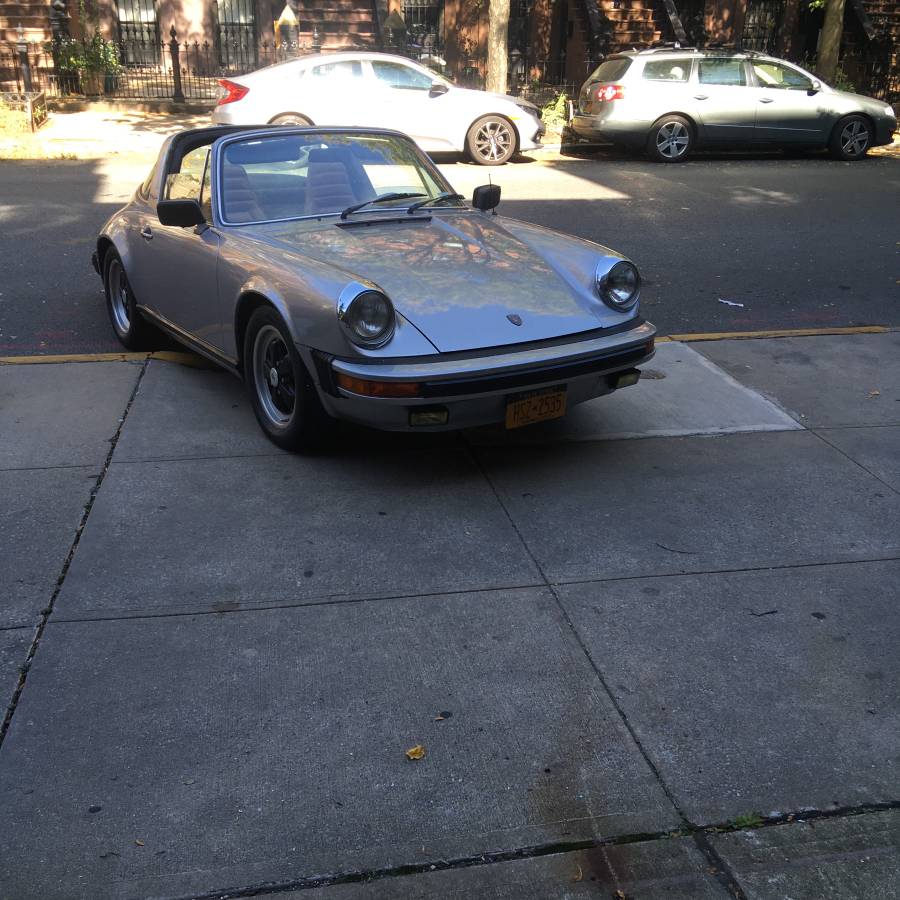 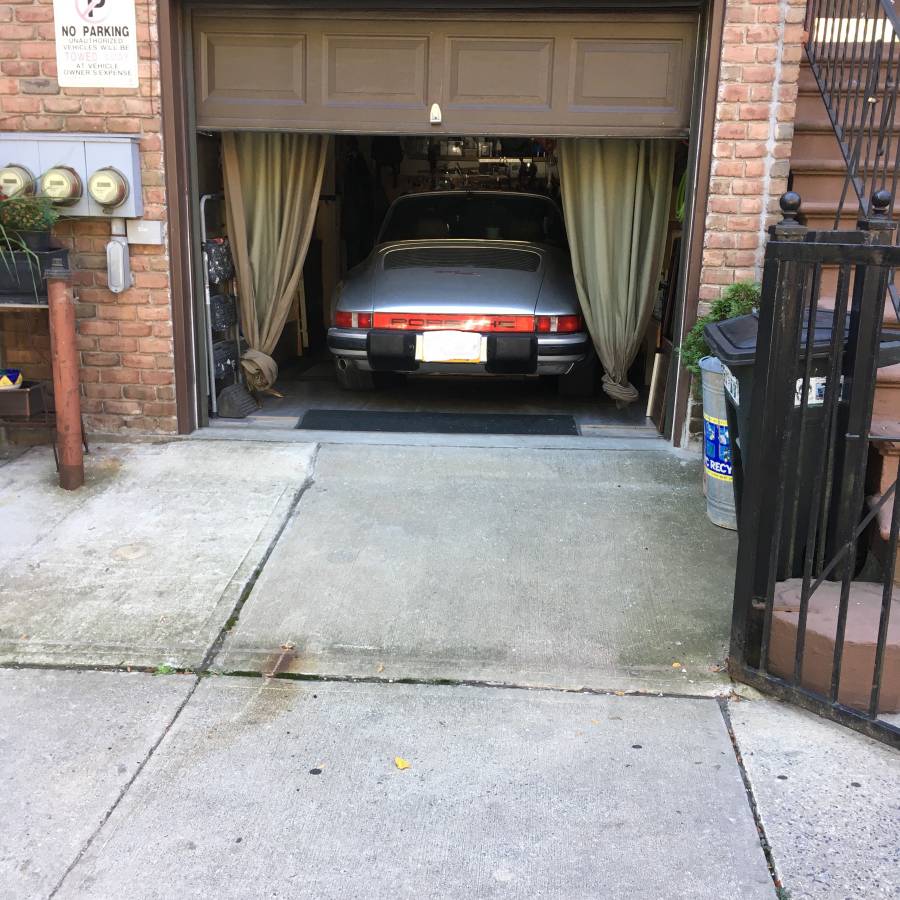 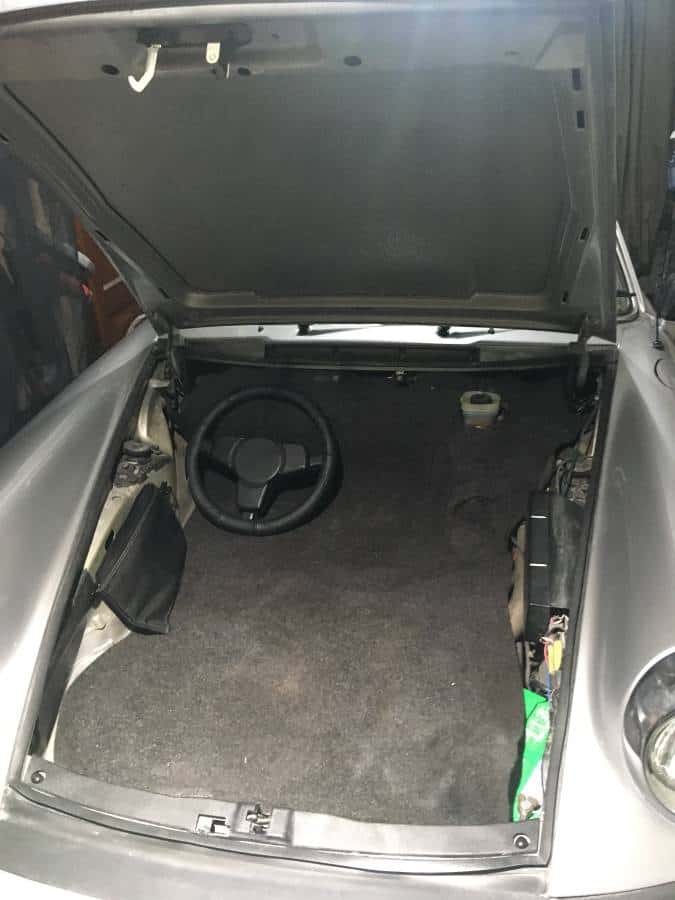 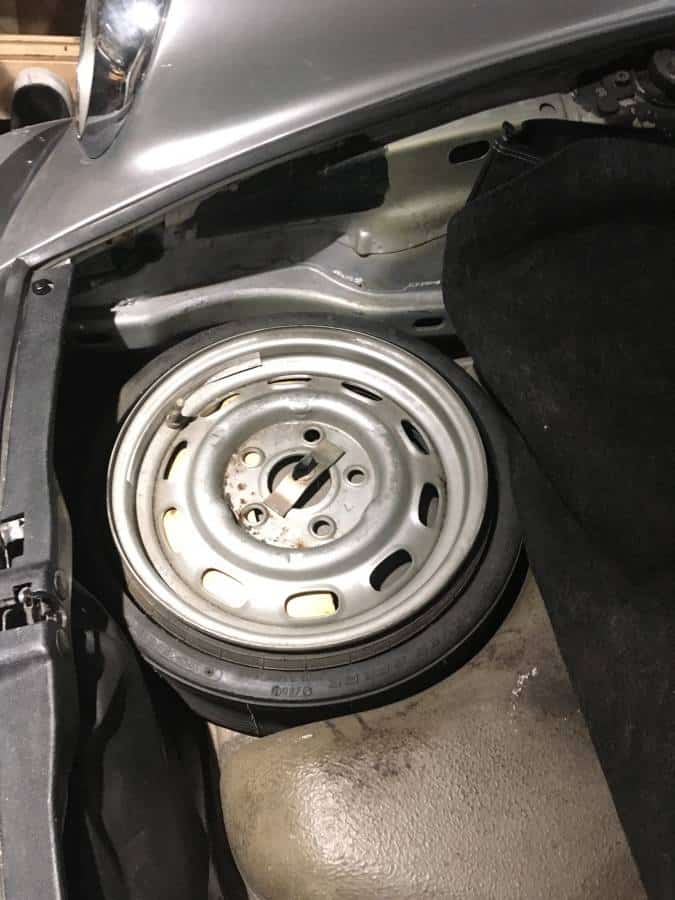 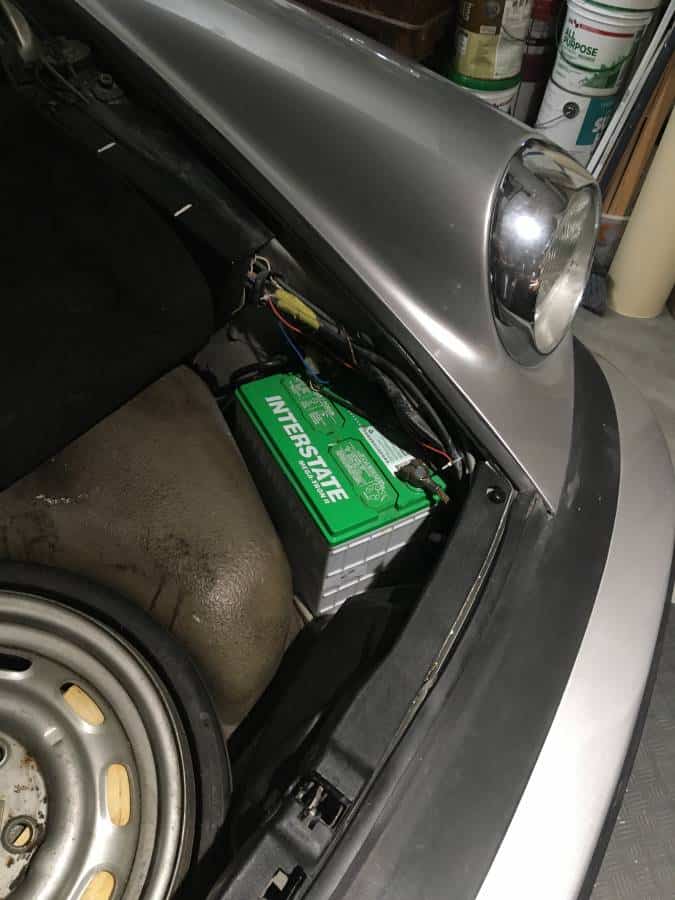 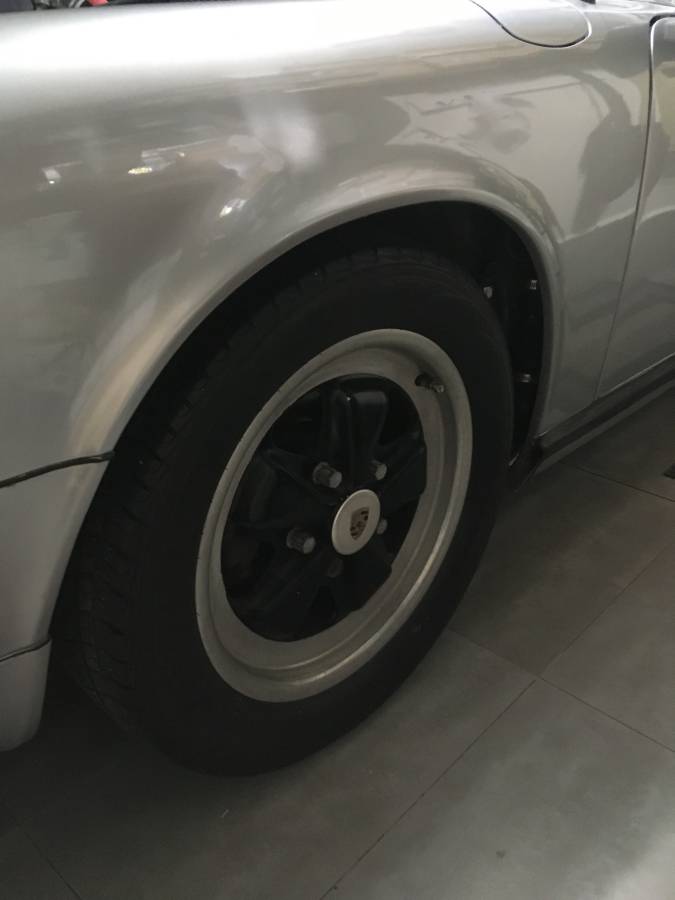 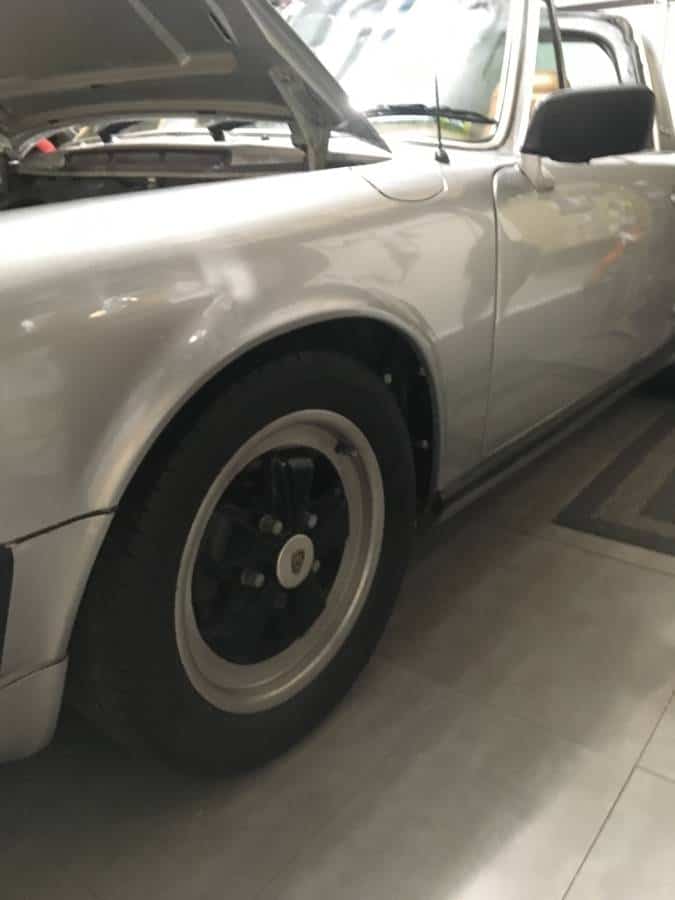 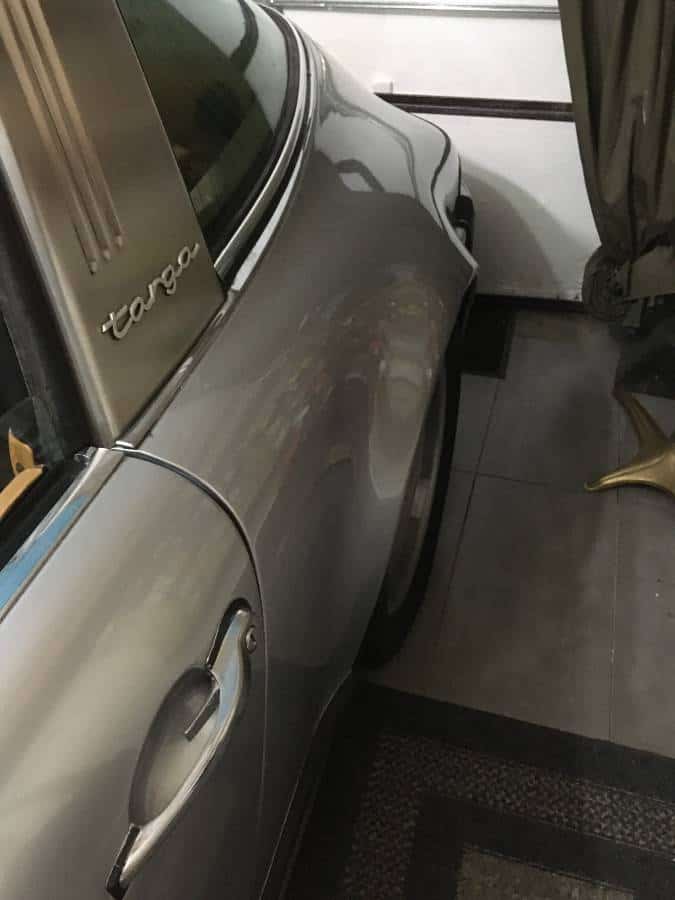 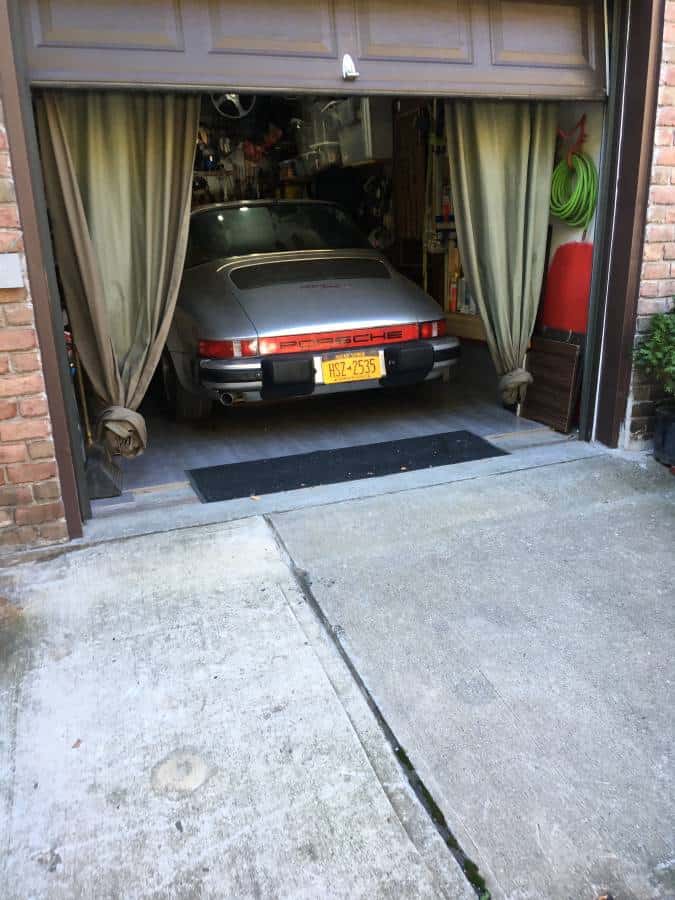 May 16th Update:  the plot thickens on this car.  You can follow the trail we’ve left intact below, but many of you may remember when we first featured this Targa of out Brooklyn for $28,000.  Then in February, we came across a new listing across the river in Jersey asking for $11,000 more.  When we reached out via email asking the rationale for $11,000 more, we never received a reply.  In this latest Criagslist listing the seller actually increased the price again to $37,500.  Even more disturbing is that this car is now also located in Montclair, New Jersey so we wonder whether this is the same person also trying to sell the 1971 Porsche Tribute car for $75,000. Caveat Emptor!

March 21st Update:  nearly two full months more have passed when we found a fresh post for this Fish Silver over Cork leather 1978 911SC.  While the seller continues to use the same pictures from last November’s original listing and lowered his asking price $4,000 to $35,000 we note the revised request remains $7,000 higher than the original $28,000 amount.  That revised price now puts the Targa $3,000 below Hagerty’s #3 “Good” estimate of $38,000.  As mentioned below, if the “recently rebuilt” engine means this work was done since the original listing, then the price is in line with the market.  If you are serious about this 911SC you can start the conversation by either calling or texting Bob at (201) 838-3662.  Good luck with the purchase!

February 1st Update: when we first featured this 911SC in mid-November, the private seller wanted $28,000.  Imagine our surprise when we came across a new post, using the same pictures, yet with an asking price increased $11,000 to $39,000 with the car now available in Montclair, New Jersey, and now Bob offering it.  We’ve texted Bob to ask what he’s done to this 911 in the past three months to justify the premium when he hasn’t even changed the pictures since then.  In his defense, Bob’s post indicates the engine was “recently rebuilt and pulls like a train” so if he the receipts to back that up, then it may have cost him that much to complete.  Good luck with the purchase!

As far as “Impact Bumper” Porsche 911s go, 1978 saw a welcome improvement with the introduction of the SC 3.0 which replaced the previous iteration’s problem-plagued 2.7 flat-six.  The improved reliability of the new 3.0 appears to be demonstrated in the

125K original mile, Silver over Cork Targa originally listed in May 2020 on Craigslist in the Clinton Hill section of Brooklyn, New York the current caretaker is firmly asking $28,000 for.  Using Hagerty Insurance Online Valuation Tool as a guide shows the current caretaker has his Targa priced slightly higher than halfway between the #3 “Good” estimate of $32,000 and the #4 “Fair” (Daily Driver) appraisal of $21,500.  The private seller Mickey indicates he’s firm on the price so unless the in-person inspection makes this a must-have, you may want to wait for another example to come up.

In 1978, Porsche replaced the 911 2.7 with the 911SC, where the “SC” stands for “Super Carrera”, the first time Porsche reused that designation since the 356.  The updated 911 featured an enlarged 3.0-liter aluminum flat-six engine featuring Bosch K-Jetronic fuel injection producing 180 horsepower that transferred it through a 5-speed 915 transmission.  While critics at the time complained about the decrease of 20 horsepower versus the previous 911 2.7, this new 911 featured a new aluminum case that increased reliability over previous magnesium-based versions. An improved head stud design, stronger valve guides, and a switch to catalytic convertors also improved the reliability of the SC.

The silver exterior appears to be in excellent condition based on the pictures provided, so we wonder whether this Targa benefitted from a repaint at some point.  As nice as the exterior appears to be, the Cork interior holds this example back in our opinion, both from its worn condition as well as the odd combination against the silver exterior. We note several cracks in the dashboard and replacement requires windshield removal to gain access.  We’d actually consider re-doing the interior in either black or red to better complement the exterior color.  Unfortunately, the seller’s extremely brief description leaves more questions than answers, so be sure to do your homework on this example and arrange for a pre-purchase inspection before you try to negotiate on price.   Good luck with the purchase! 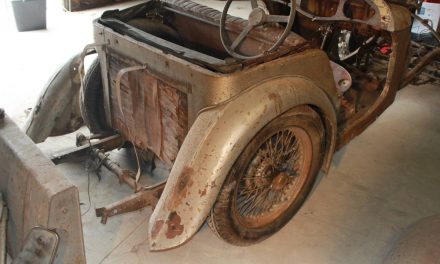 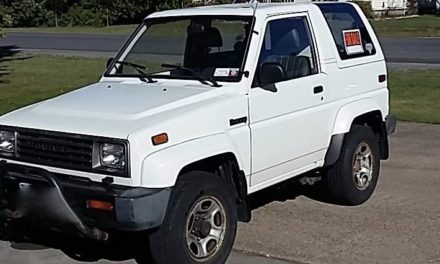 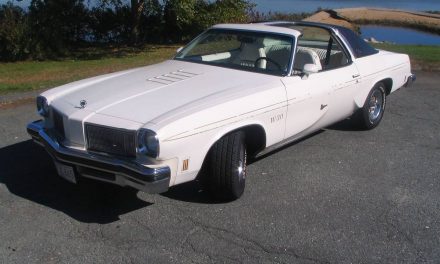 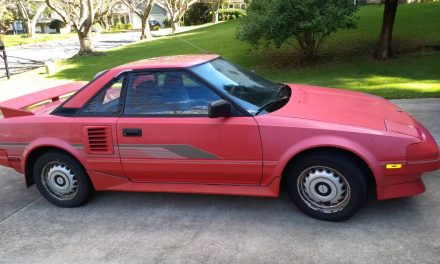