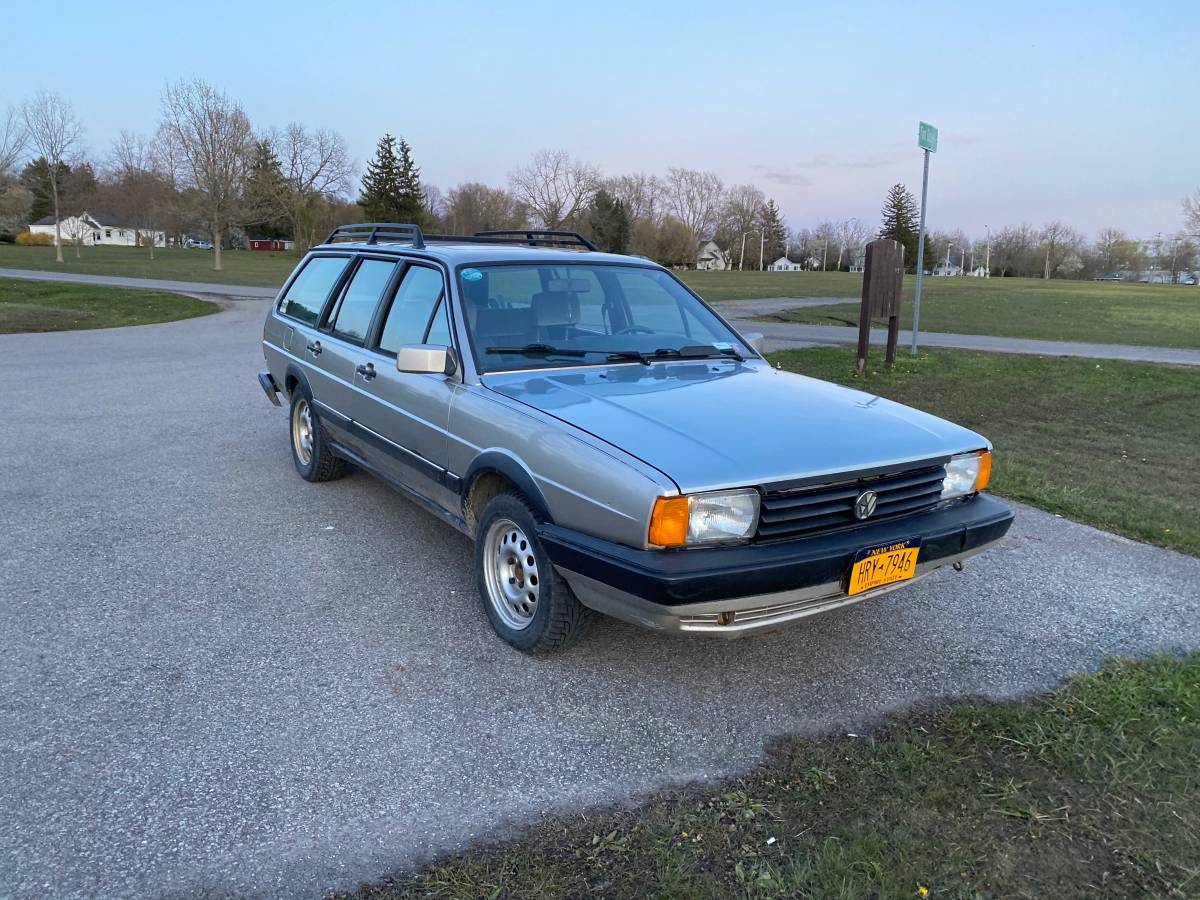 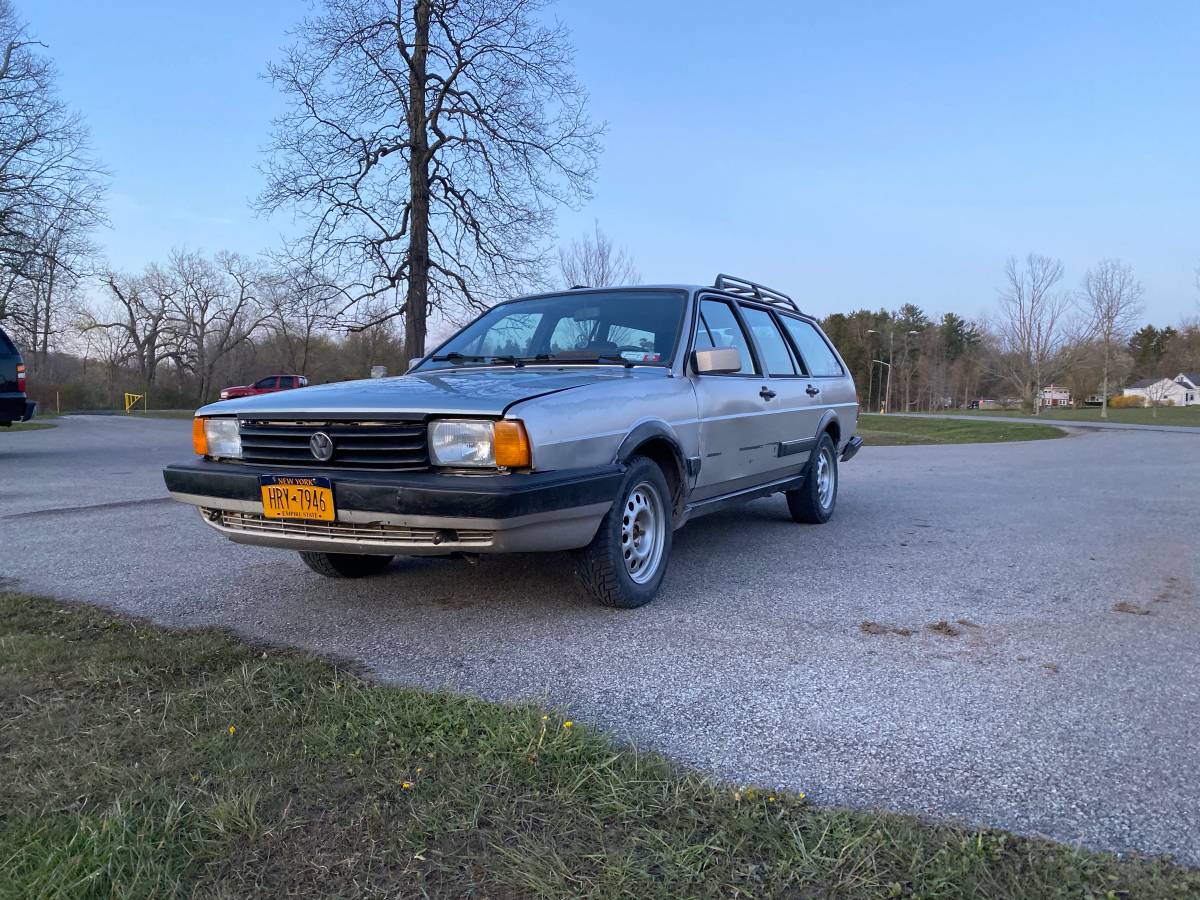 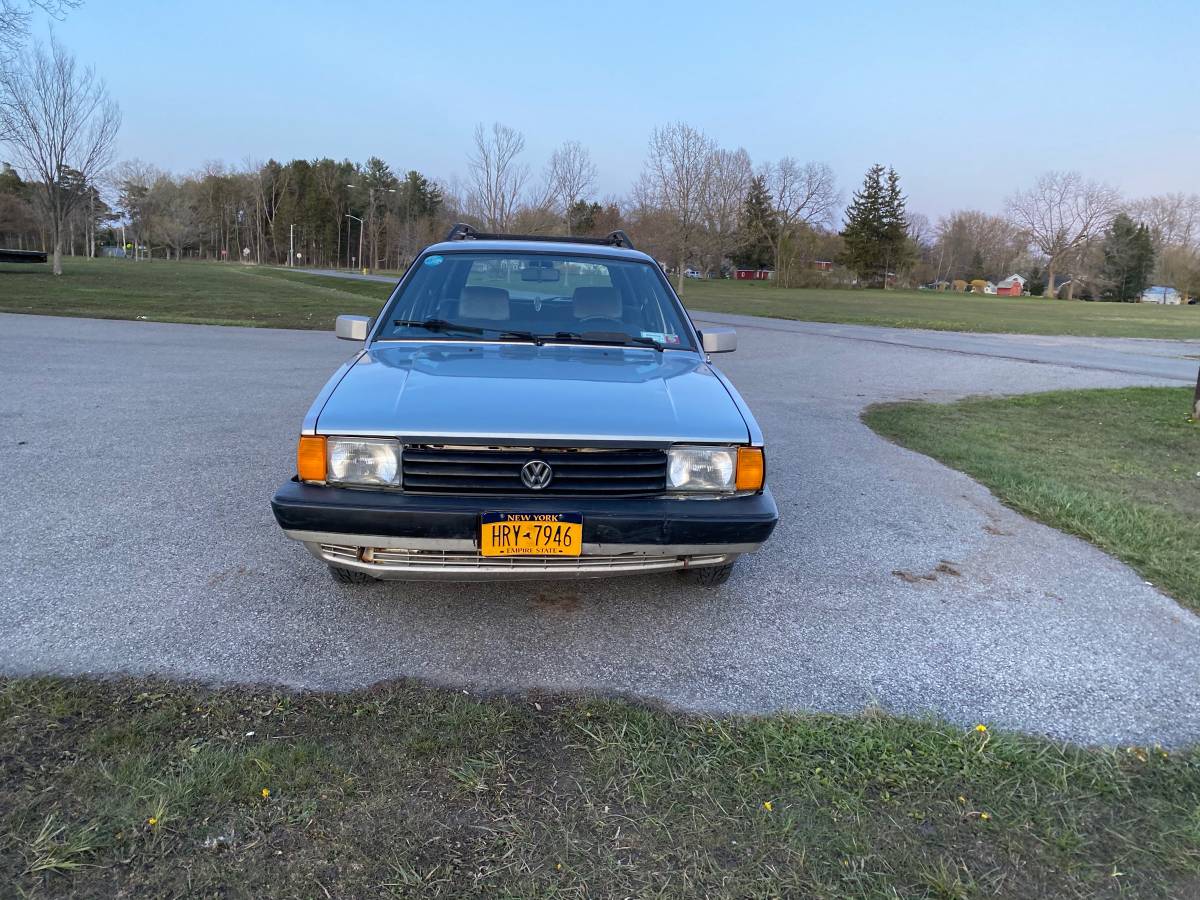 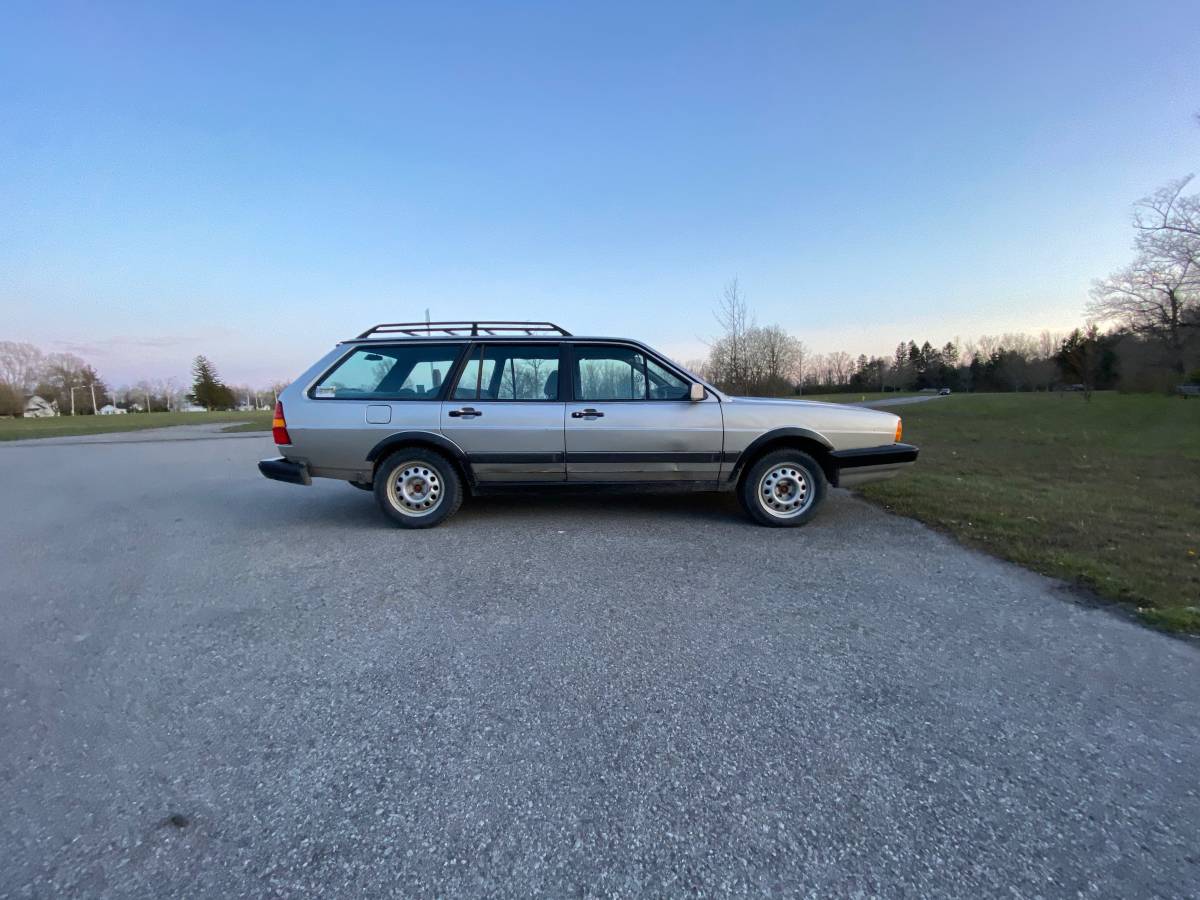 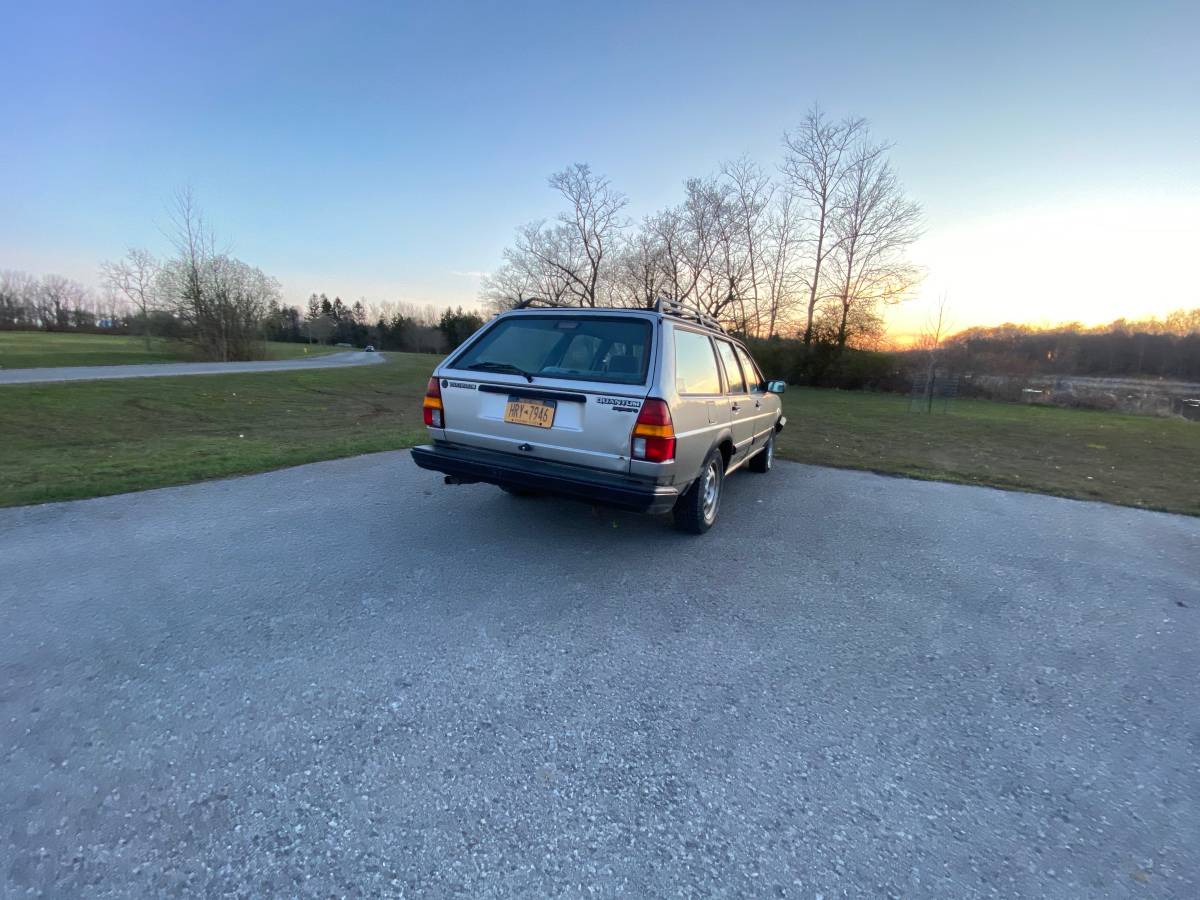 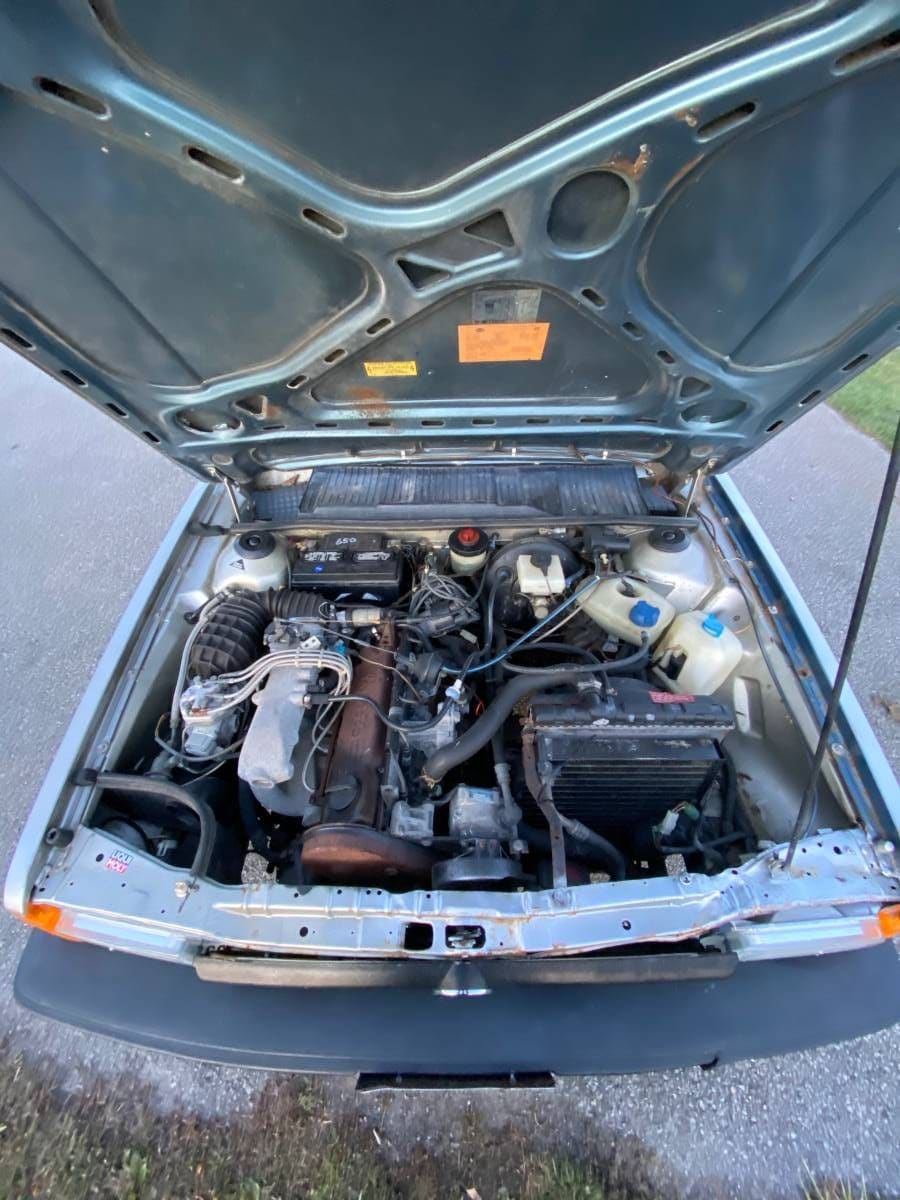 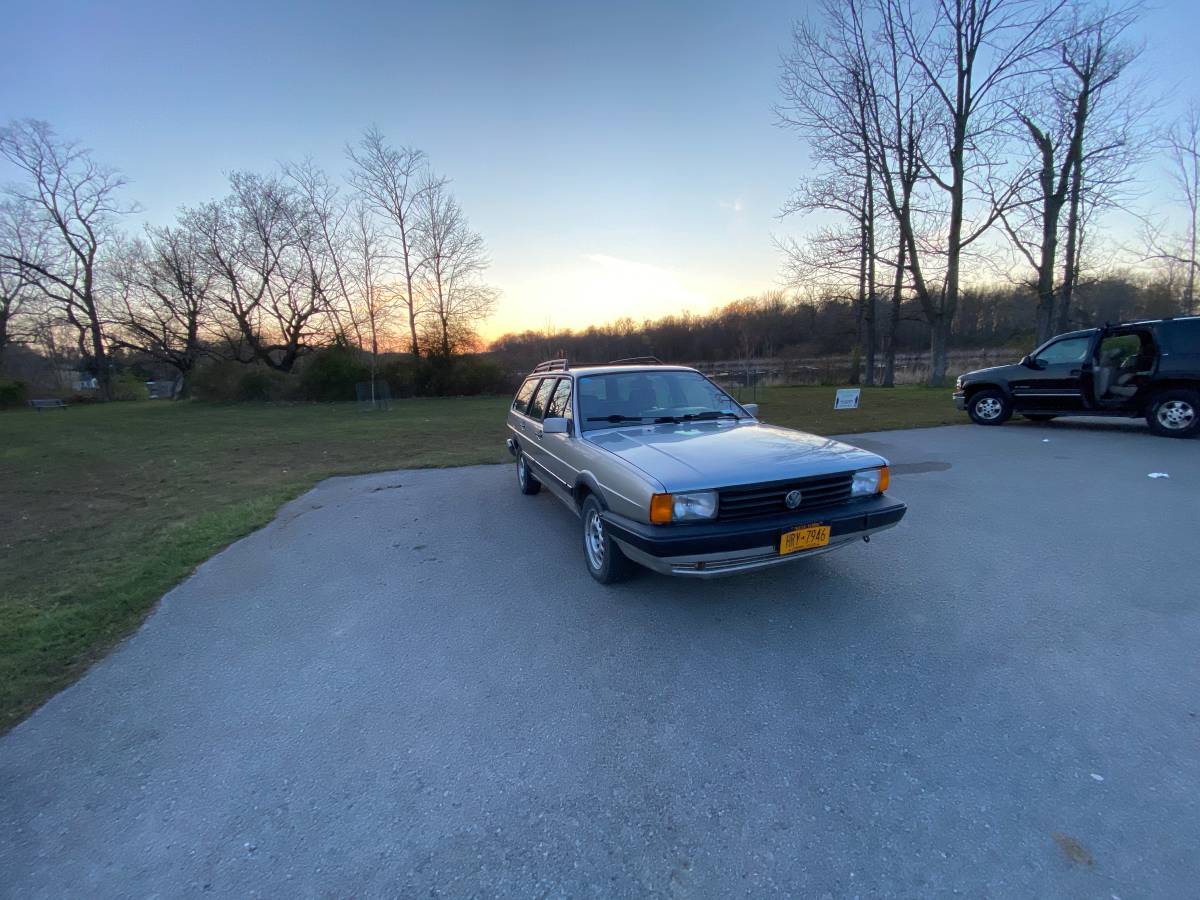 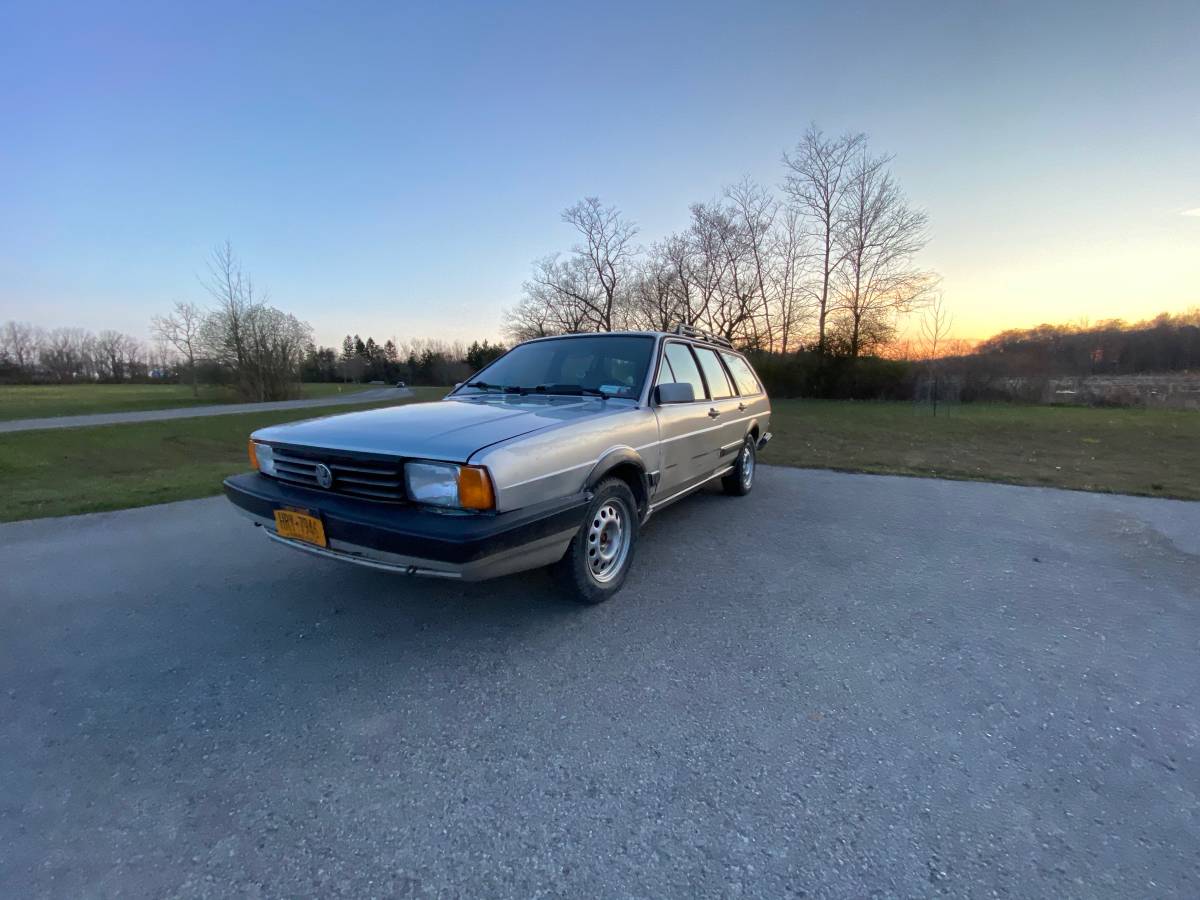 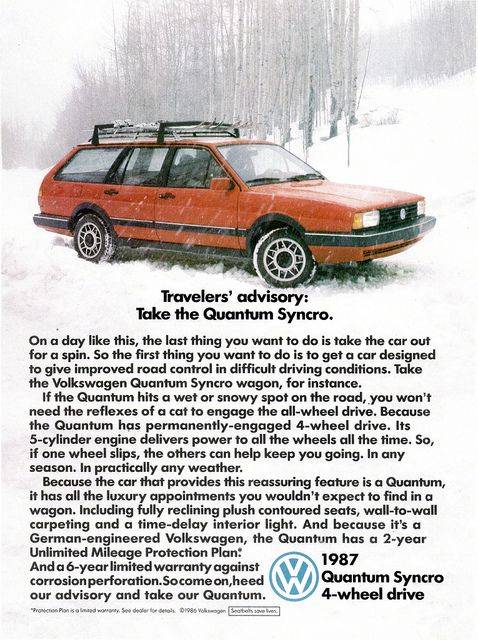 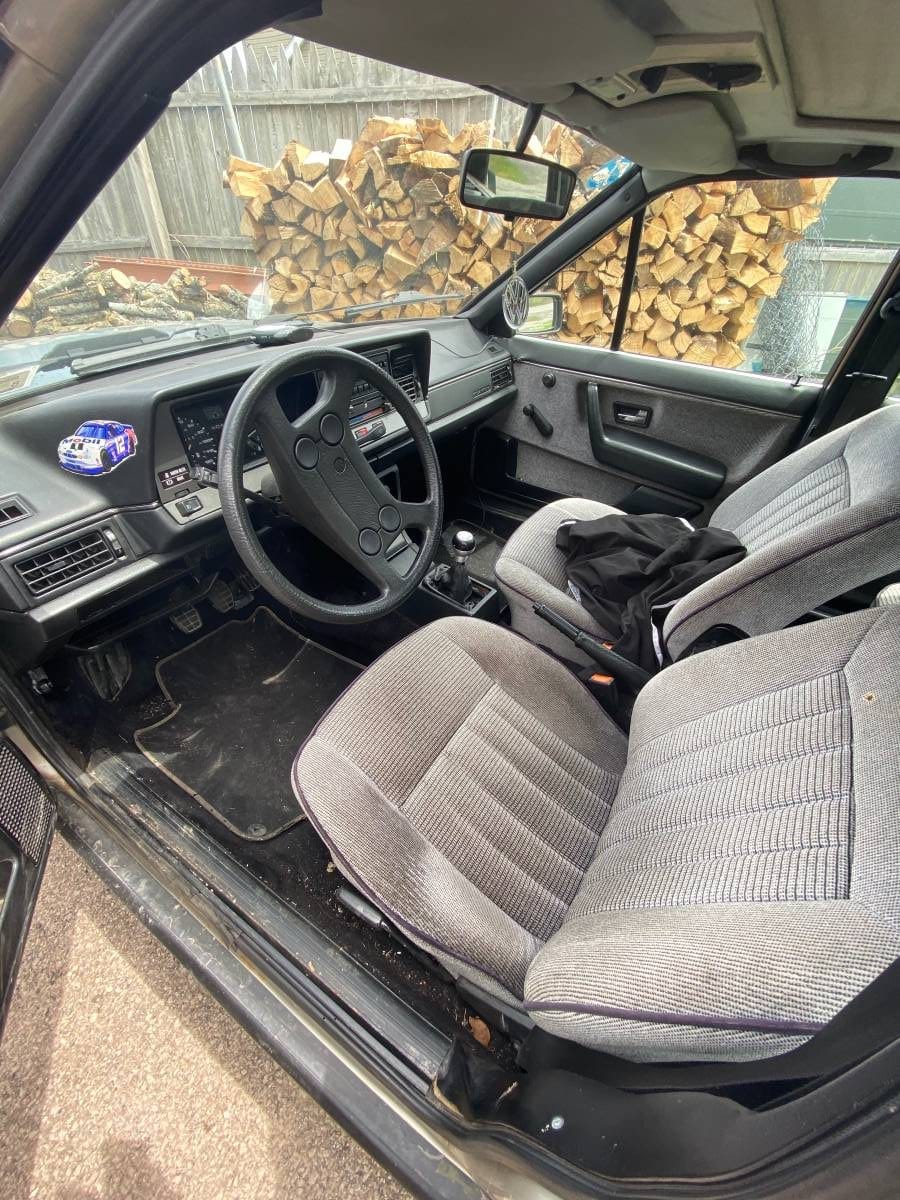 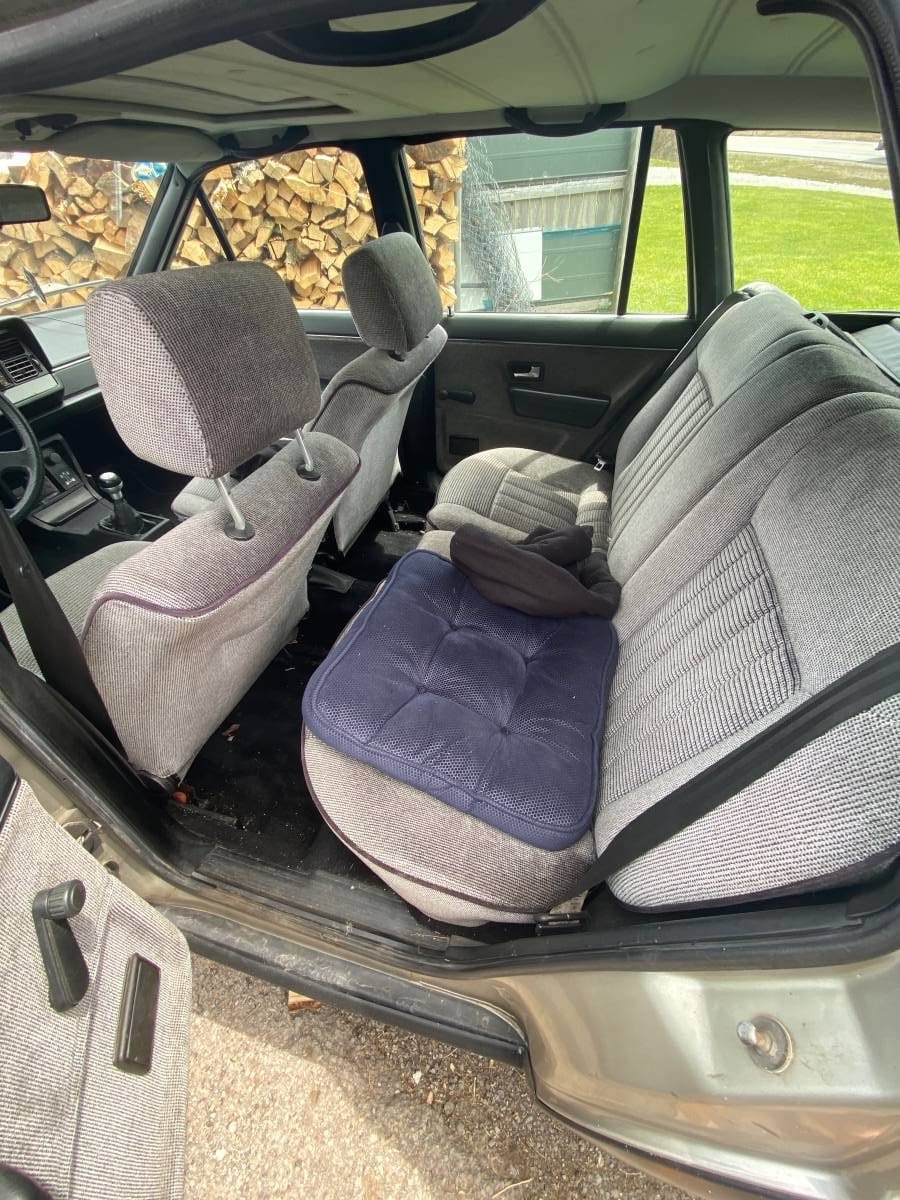 Volkswagen has a long history of sharing chassis and power trains with its upmarket sister division Audi that often ended up being value-priced, slightly de-contented versions of the latter’s highly desirable models.  A prime example is this 1986 Volkswagen Quantum Synchro Estate listed on Craigslist in Churchville, New York (Rochester) which is essentially an Audi 80 right down to the unique inline five-cylinder engine.   Researching the NADA Guides Classic Car Online Valuation Tool confirms this private seller has his Quantum priced within the “Low”, “Average”, and “High” retail value range of $1,500, $2,675, and $3,650, respectively.

Volkswagen produced the second generation Passat, known internally as the B2, from 1981 to 1988.  While American consumers recognize the “Passat” brand name today, VW marketed these cars as Quantums in the North American and Brazilian markets.  As with the previous generation, it was based on the same platform as the Audi 80; the corresponding B2 version of which had been already launched in 1978.

Like the previous generation, the B2 Passat was mainly sold with four-cylinder petrol and diesel engines. Unlike its predecessor, however, top-of-the line versions received came equipped with Audi’s inline five-cylinder engine.  The four-wheel-drive system used in the Passat Variant Syncro shared the mechanics of the Audi 80 Quattro rather than the Volkswagen Golf Syncro of the same period.  The Syncro’s bottom plate was almost entirely different, requiring a transmission tunnel, a relocated gas tank, and no spare tire well (to make room for the complex rear axle assembly). Unlike the related Audi 80 Quattro which used a reversed front wheel setup, the rear-axle was an adapted Volkswagen Transporter unit so as to retain a flat loading floor. Only the more popular estate was deemed worthy of reengineering, so as to not offer direct competition with the sedan-only Audi 80 Quattro.  Syncro was also available in the North American market, only with the five-cylinder engine as the example here features.

We normally avoid cars listed with a “Rebuilt” title status, however, this Quantum Synchro is so old and rare, we felt it was deserving of coverage here. We encourage you to learn the story of why this example now carries that distinction from the seller.    At best a driver car at this point, this could be a fun rally car of soft-roader for enthusiasts looking for something different and RADwood eligible to travel off of regular roads.  If you doubt these cars’ soft-roading capabilities, search these cars on YouTube to see all of the videos showing these cars being put through their paces off-road.  Good luck with the purchase!

Car does have some Issues
:Gas gauge works intermittently I usually drive 200miles and fill up
:Needs TLC
awesome in the snow

It runs and drives
I drive it to work daily

Volkswagen Syncro
Have to many vehicles and this one has to go.“ 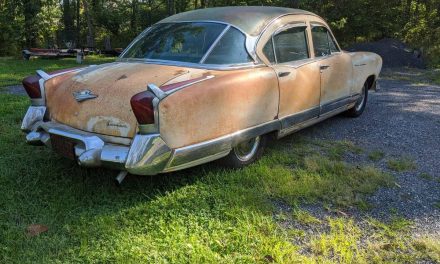 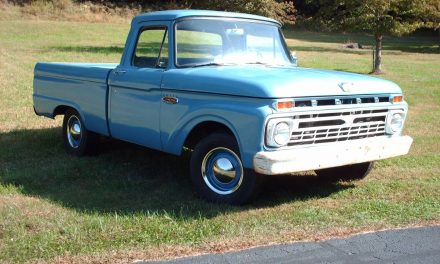 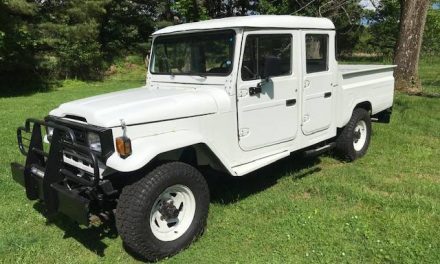 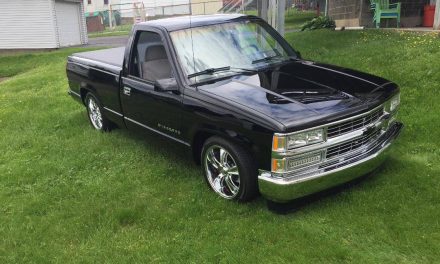