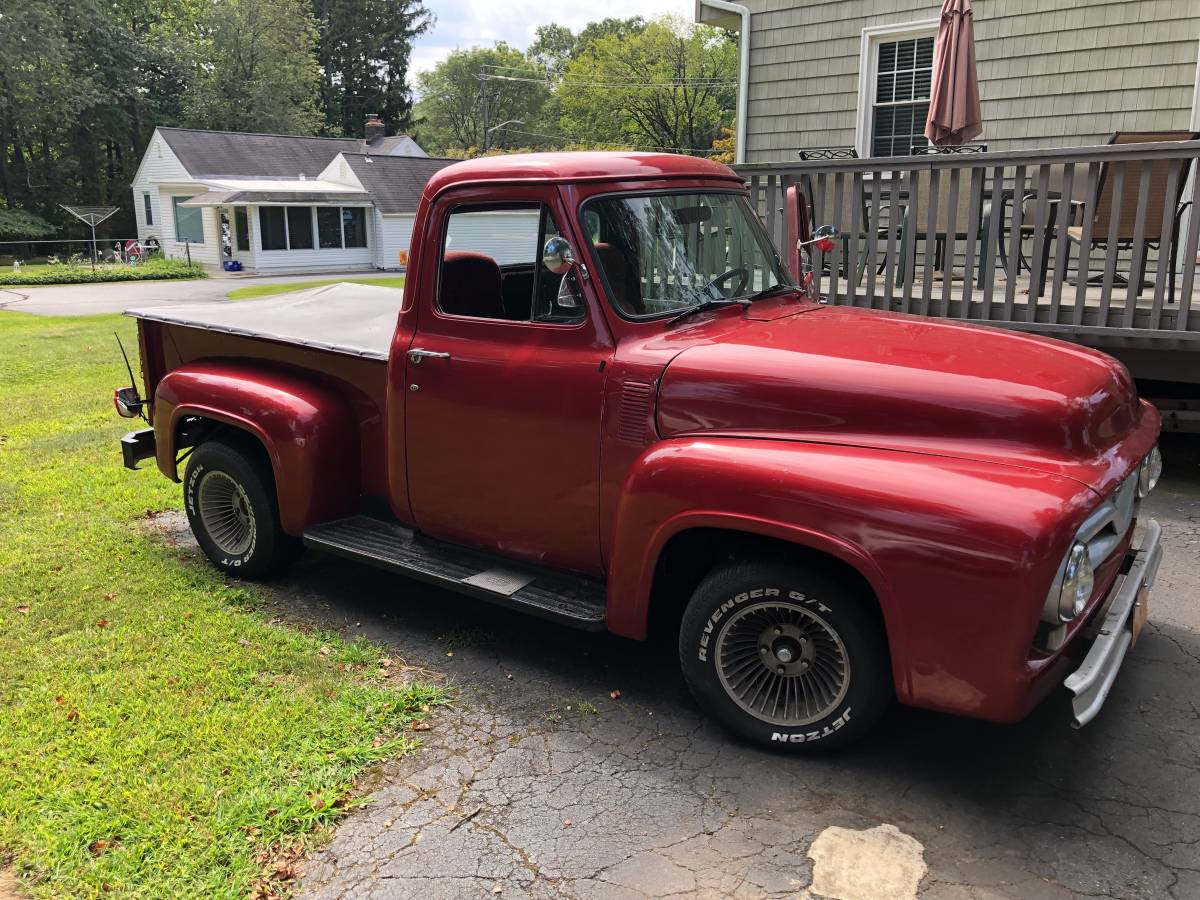 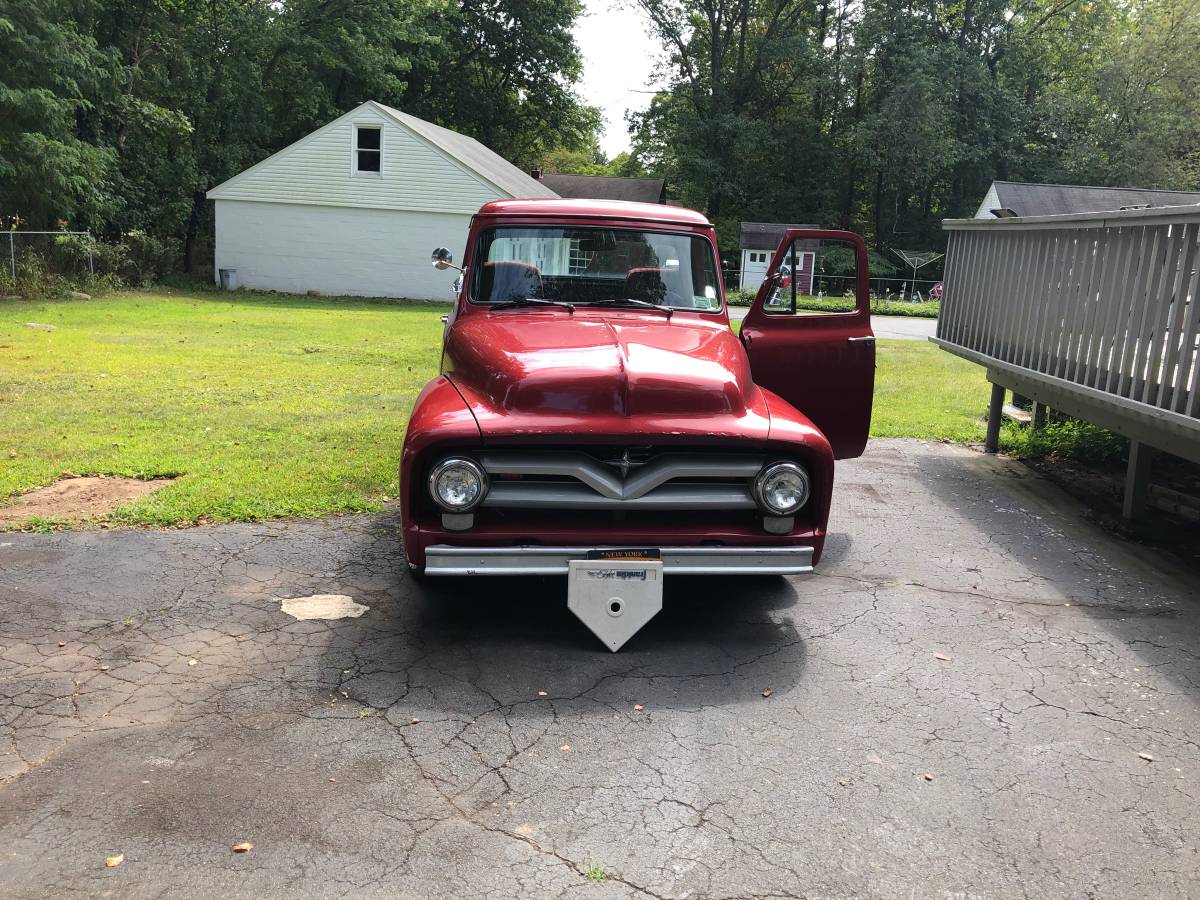 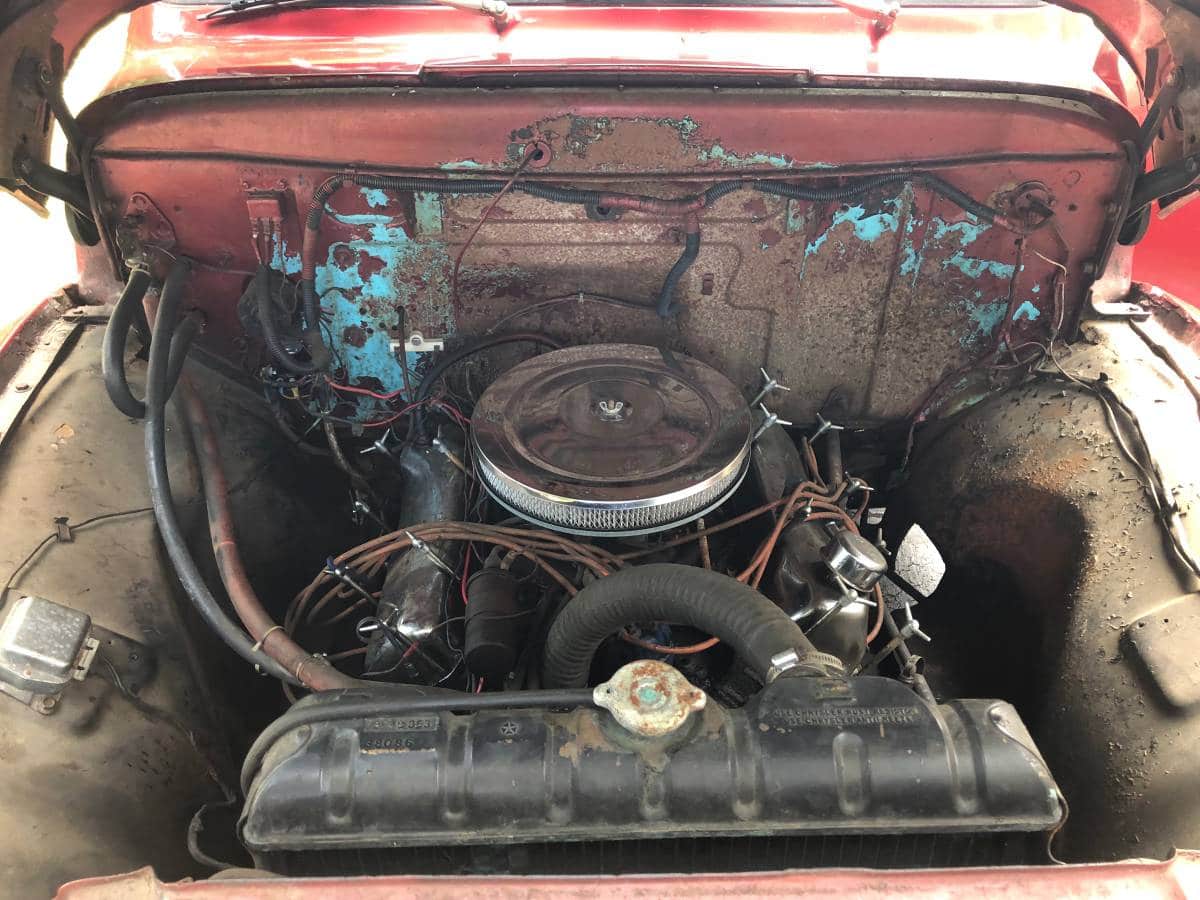 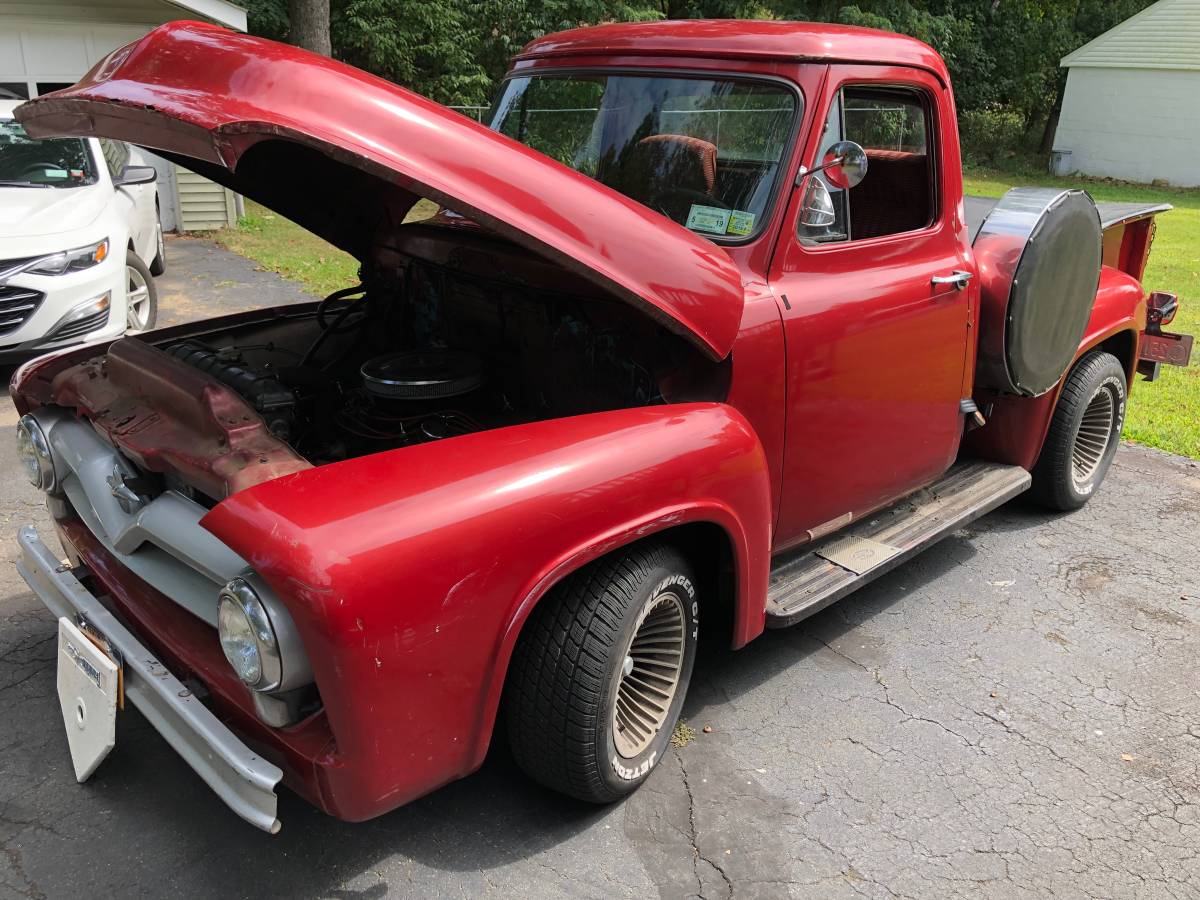 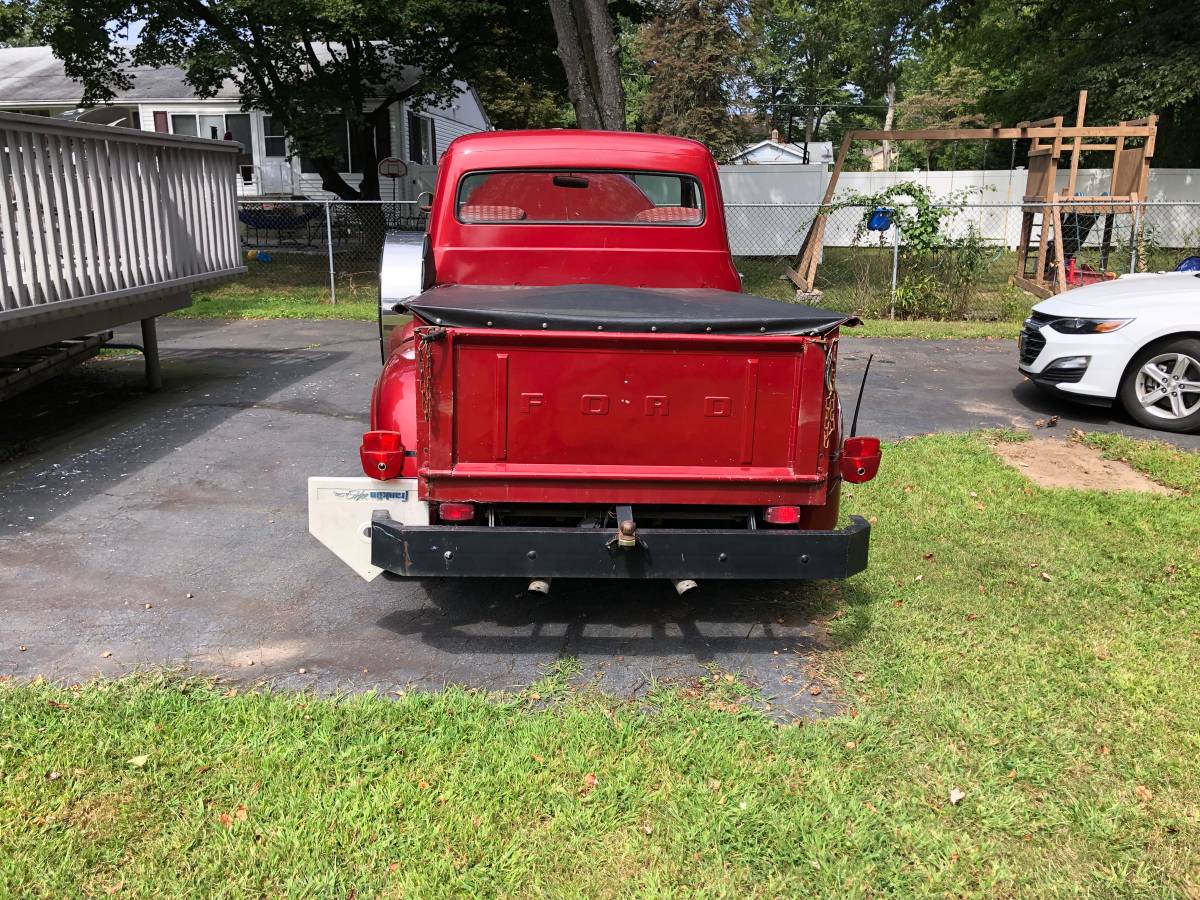 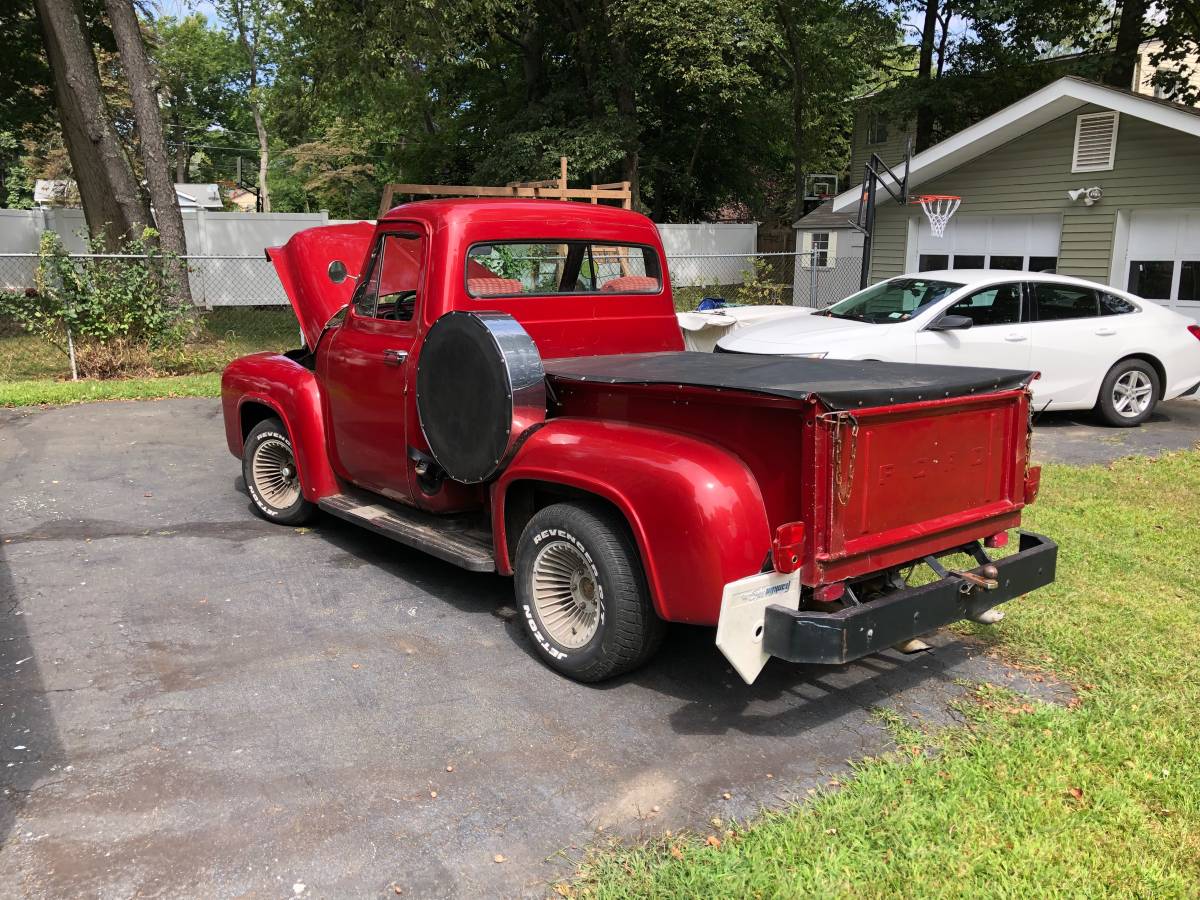 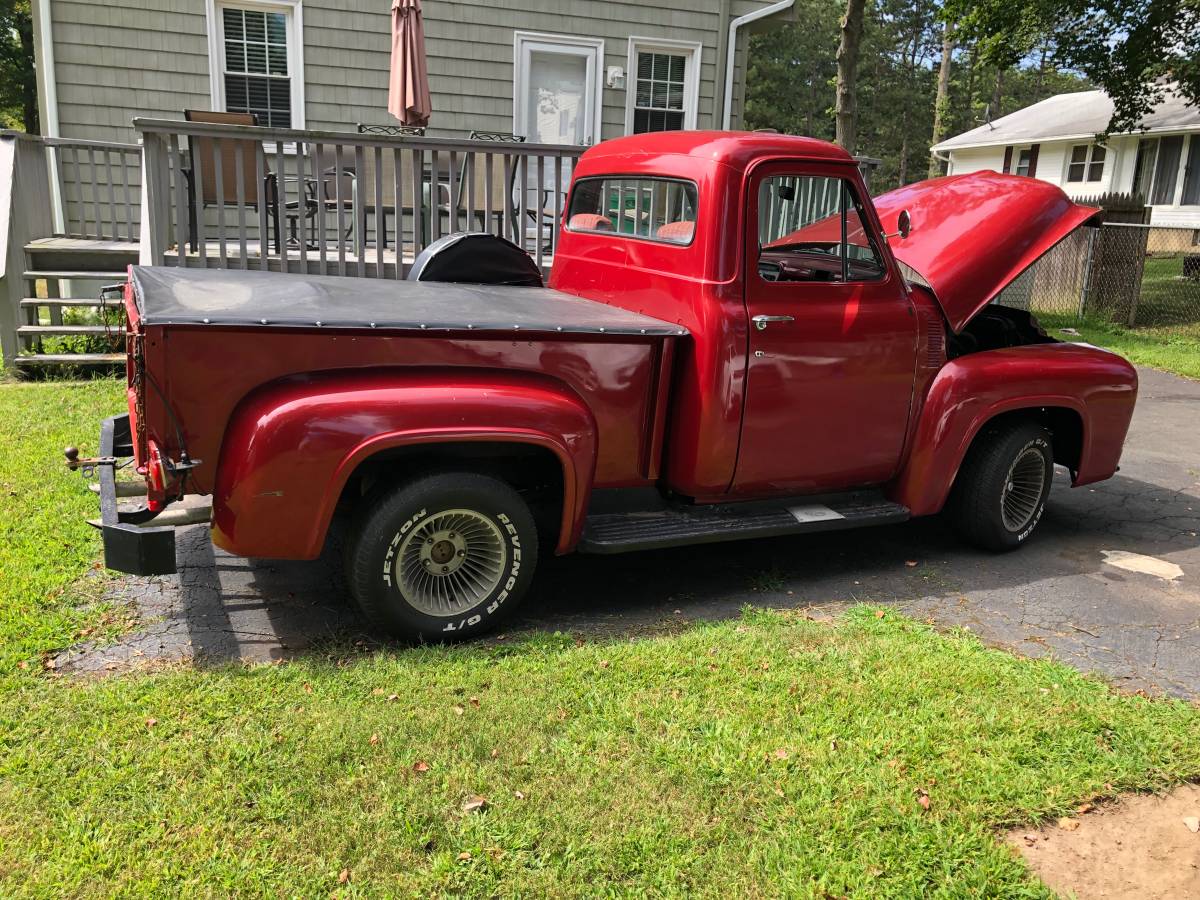 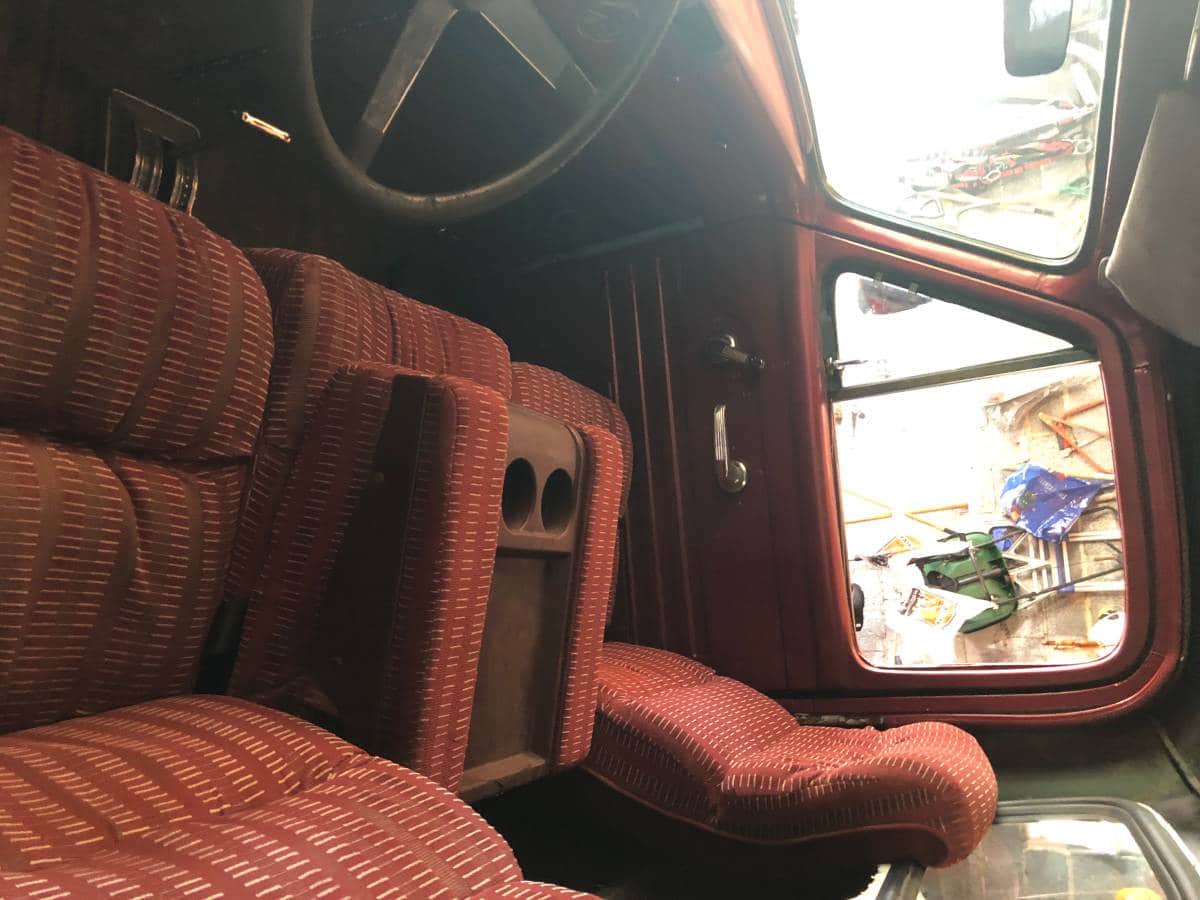 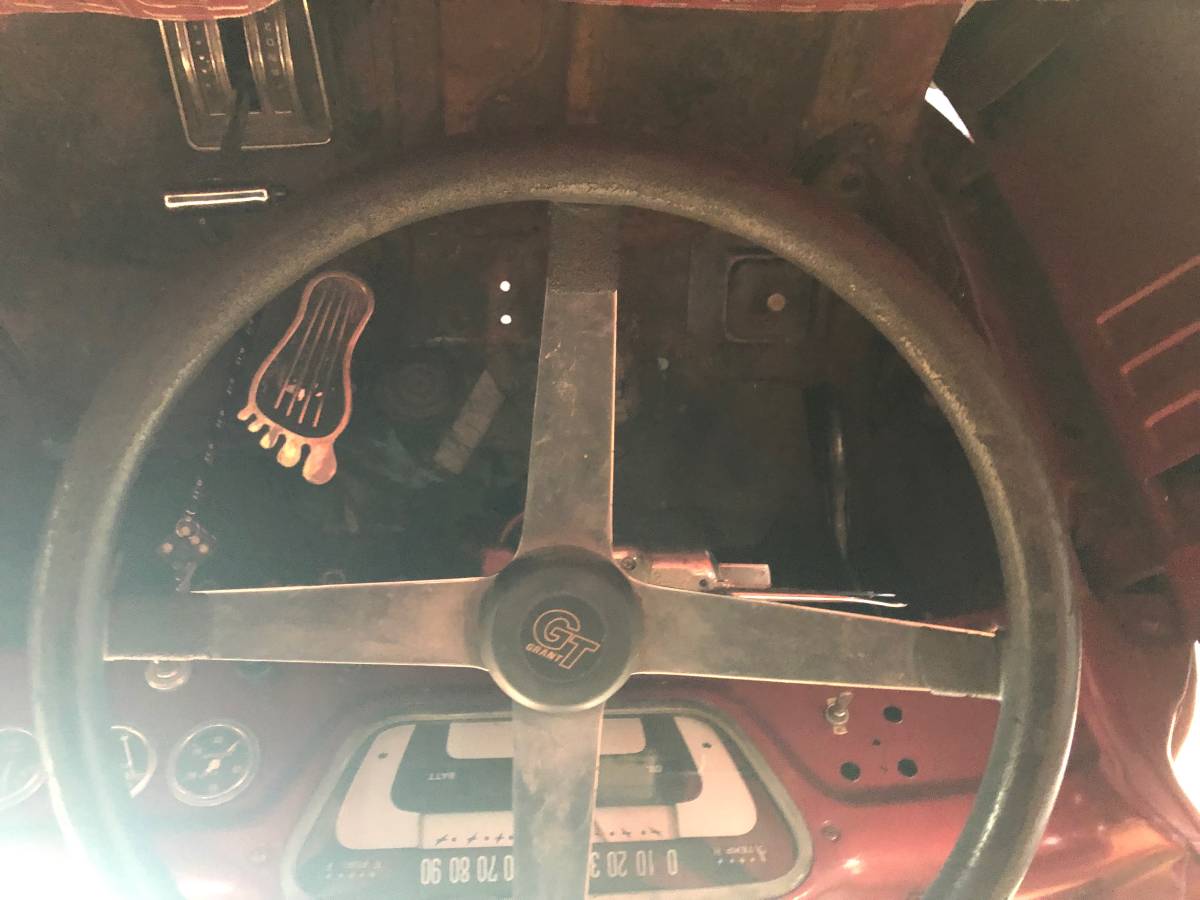 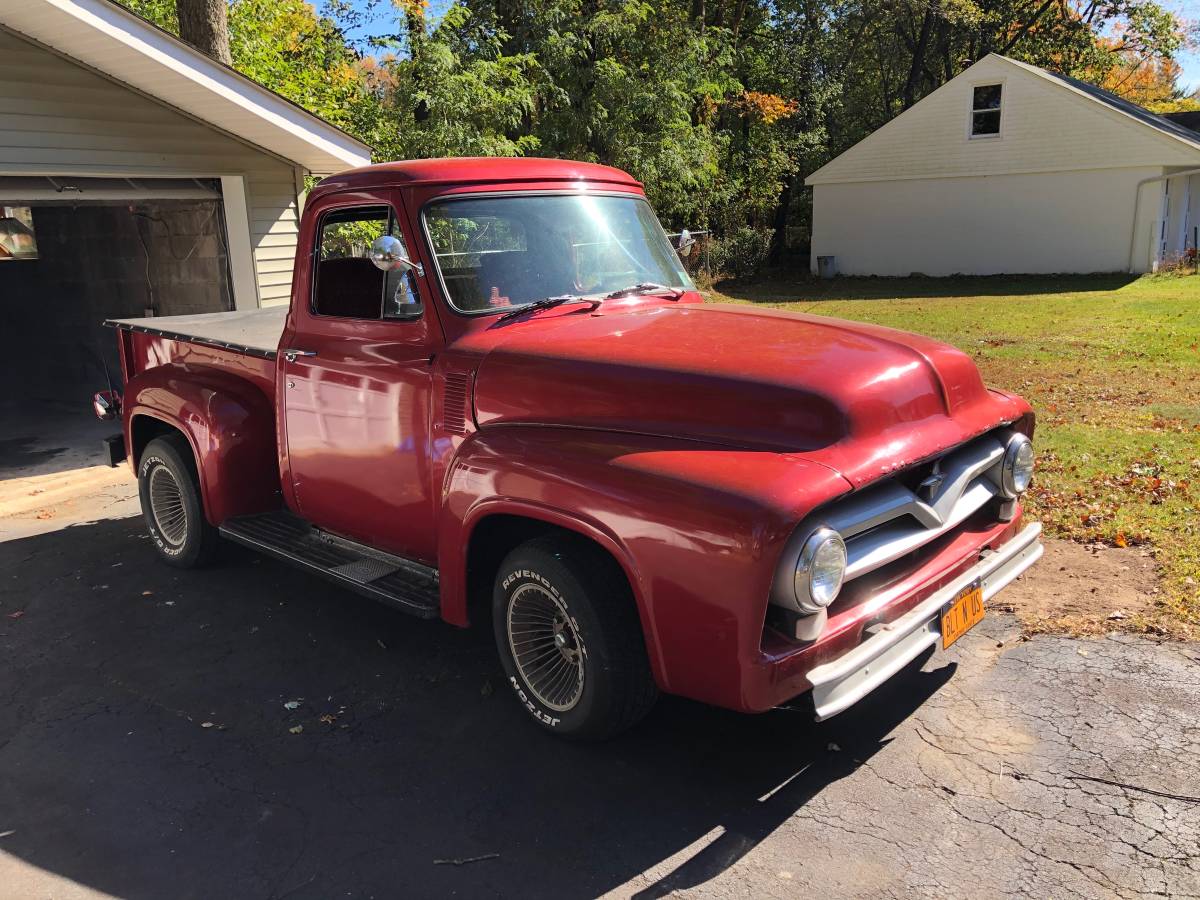 Certain classic trucks were just made to be customized and for many years one that was at the top of most Ford enthusiasts’ wish list was the second generation Ford F100 such as the 1955 short bed example listed on Craigslist in New City, New York featuring a number of modifications included a V8 and automatic transmission conversion.   Using the Hagerty Insurance Online Valuation Tool for a stock six-cylinder example confirms this private seller has his F100 priced $400 below the current #3 “Good” estimate of $13,900.  Ford introduced the completely redesigned second-generation F-Series trucks for the 1953 model year. Increased dimensions, improved engines, and an updated chassis were features of the second generation. Ford also revised the model nomenclature of the F-Series that remains in use today: The half-ton F-1 became the F-100 (and eventually F-150), the F-2 and F-3 were combined into the ​3⁄4-ton F-250 while the F-4 became the one-ton F-350.

Hagerty Insurance provides a nice summary of the second-generation F-series in their valuation tool:

The second generation of Ford’s F-Series truck line was one of the first post-war pickups to gain collector status as happy Ford owners began holding onto these trucks in the 1970s. As such a lot fewer were left to rot out on fence lines. A lot of these trucks, however, saw engine swaps and less than authentic restorations, which makes a bone stock example exceedingly rare today.“

Hagerty’s last sentence could not be more appropriate as the velour interior and the aluminum wheels hit this F100 received its first update in the early eighties.  While the style of this second generation truck remains timeless, the dated modifications are ready for a complete reboot. Good luck with the purchase!

“Cool looking running ’55 F100 – $13,500
– its a driver with lots of potential
– bought to restore/ modify, but did not do anything besides drive it because it ran
– originally a factory 6 cylinder
– previous owner put in what he said is a Ford 400
– automatic transmission (believe its a Ford C6)
– seat belts
– front disc brakes (manual, but have the booster to convert to hydraulic disc brakes)
– frame appears to be solid
– fenders are solid

Truck will need a a new battery, new fuel tank and possibly a starter. Truck has run very well, but lately not consistently firing up. I have a video of it running recently, which sounds great.

I have no interest in trades, unless you are trading cash. Only offers considered will be cash.

If you are interested, you can email their questions and phone number and I’ll call you.“