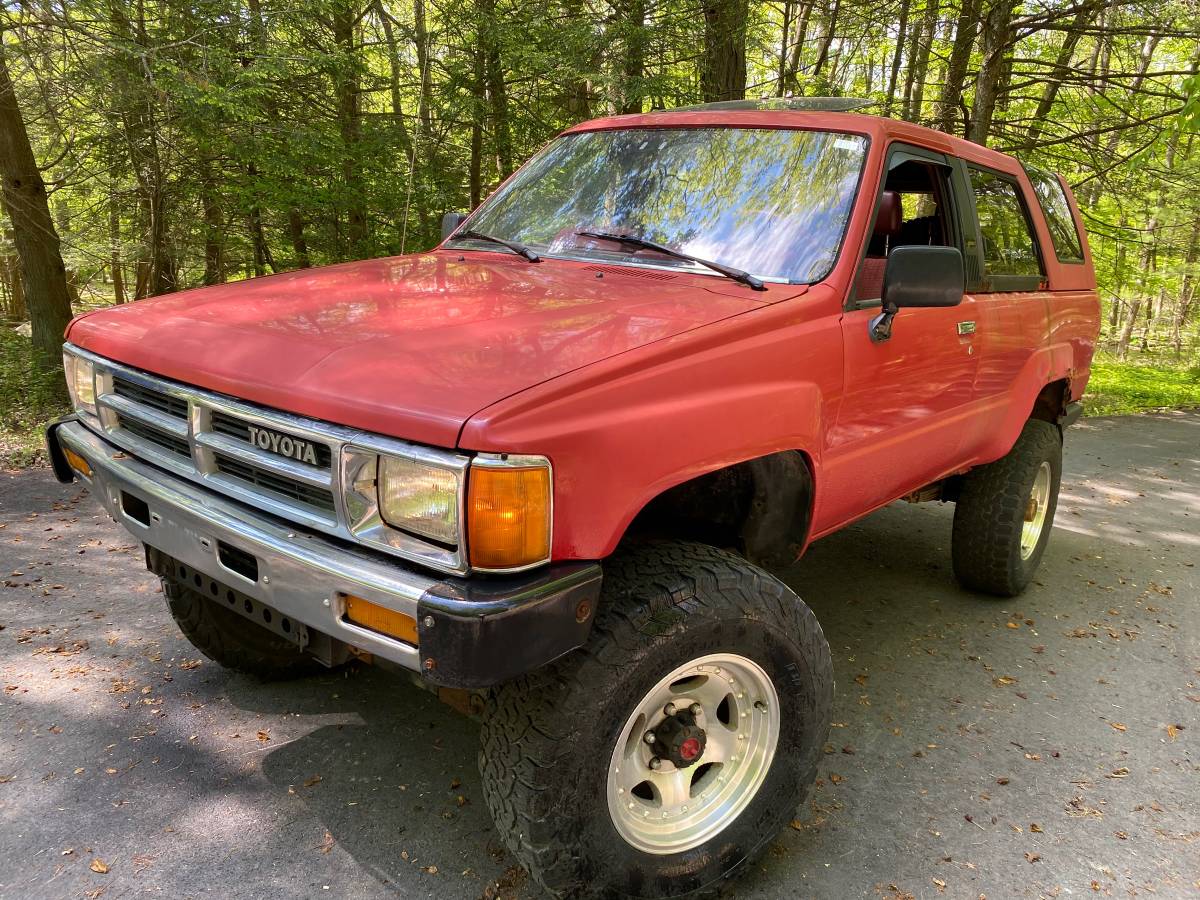 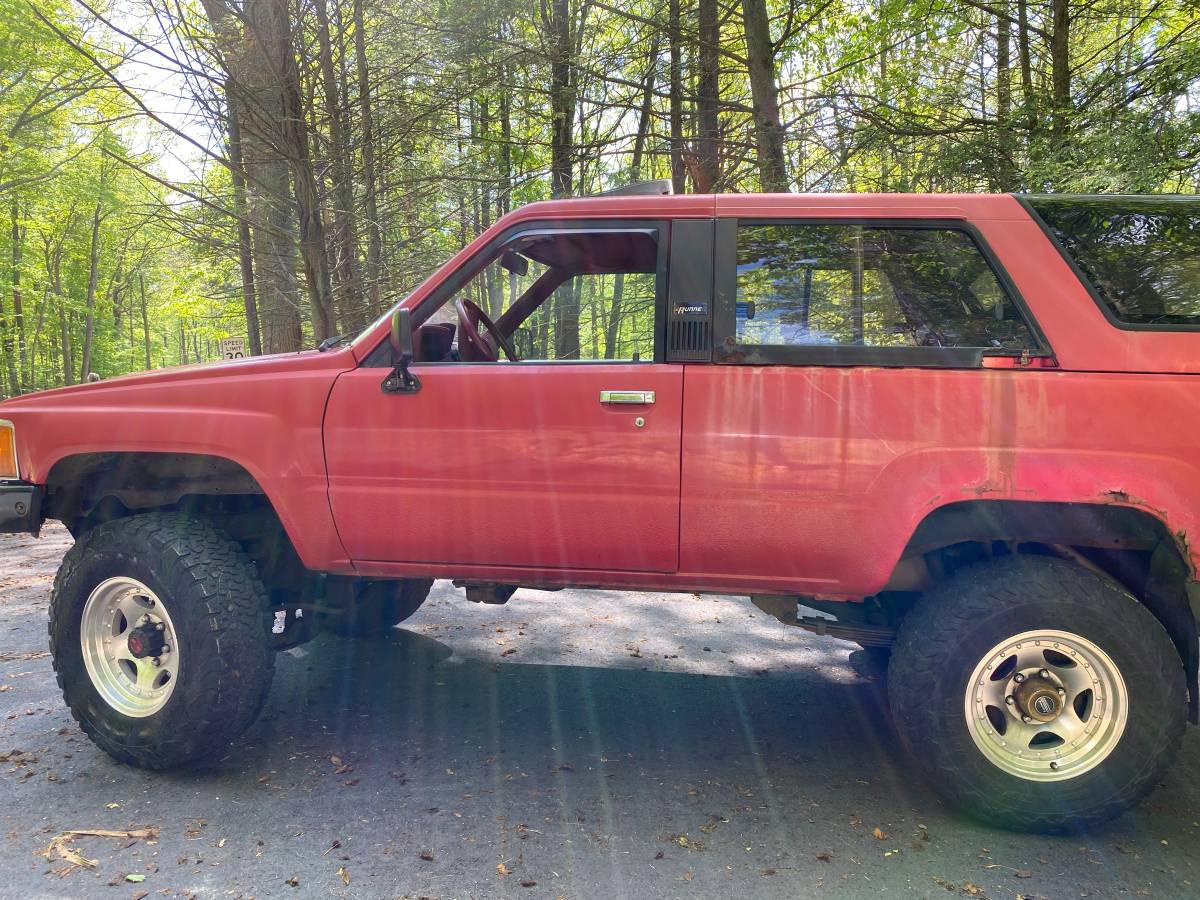 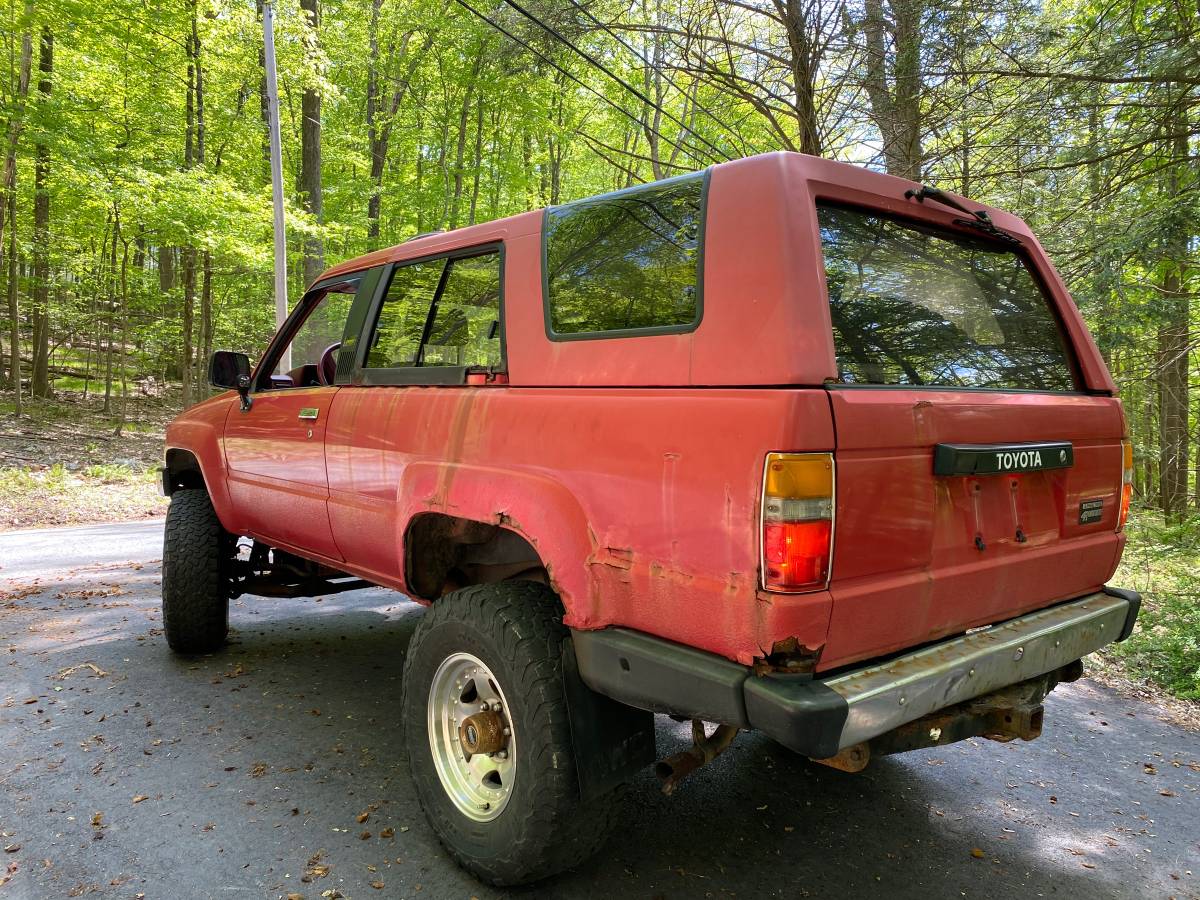 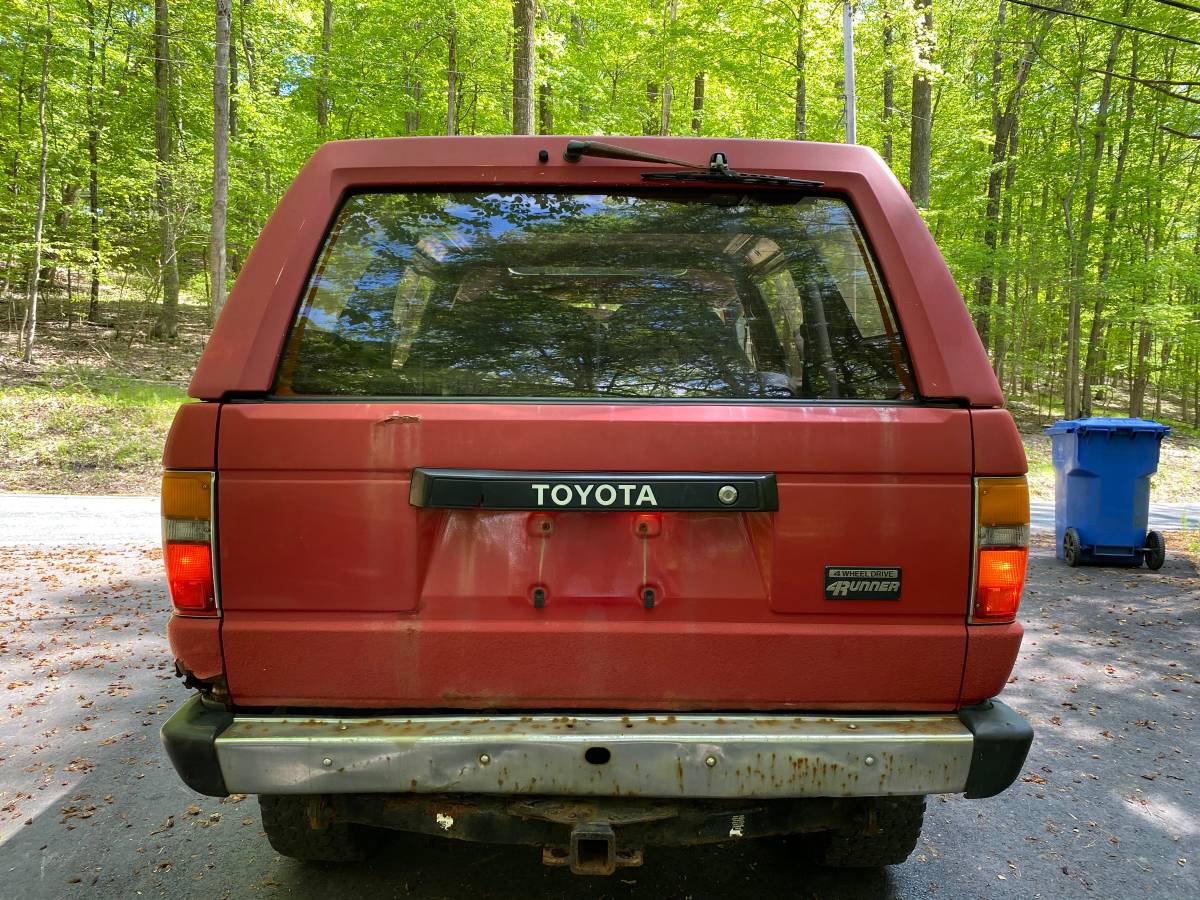 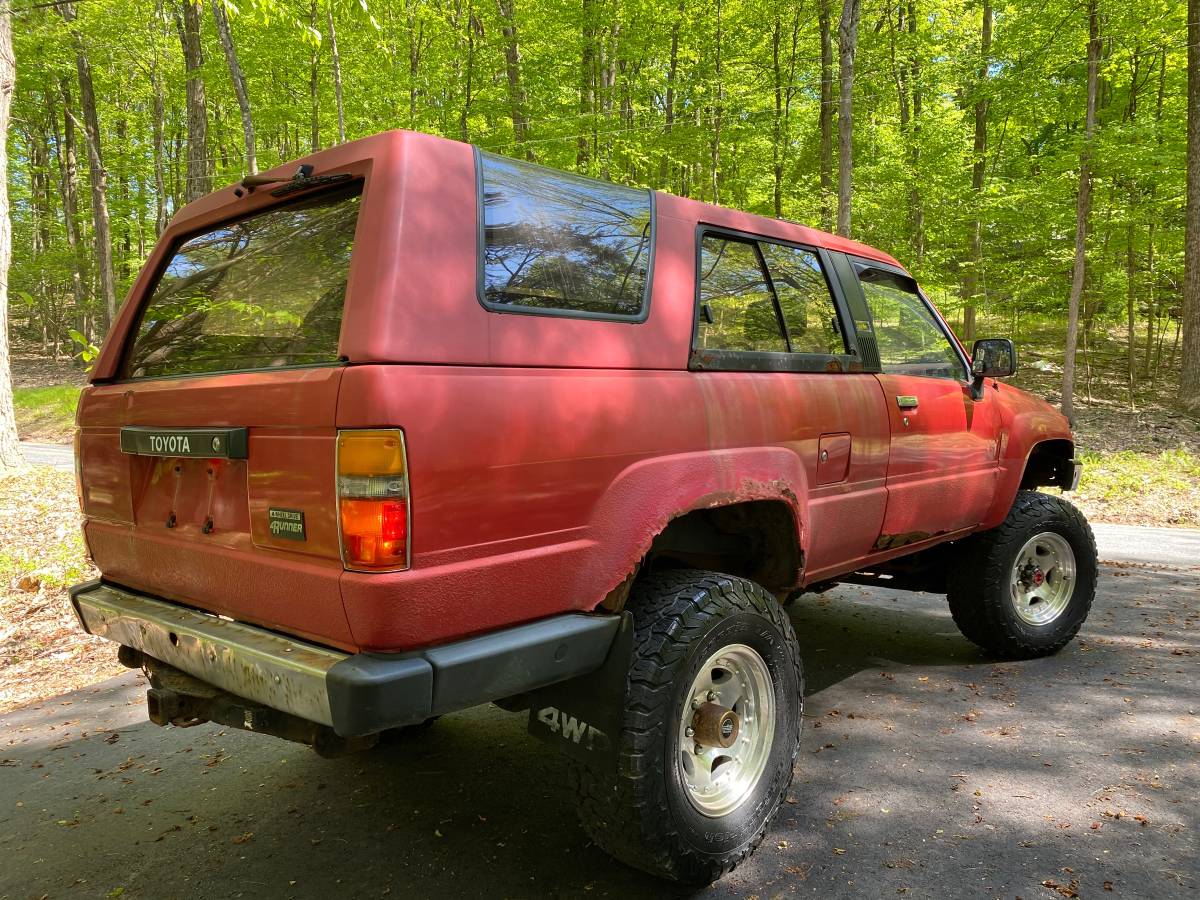 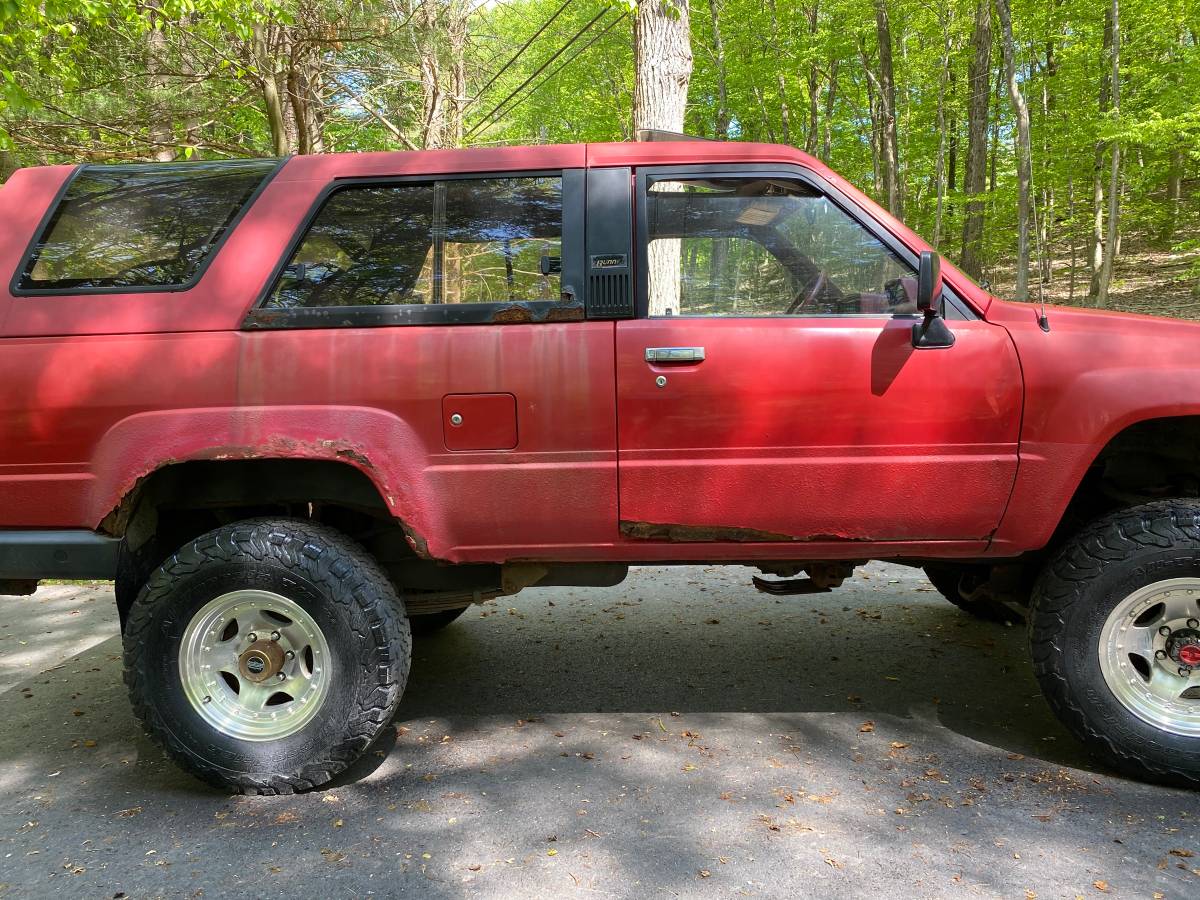 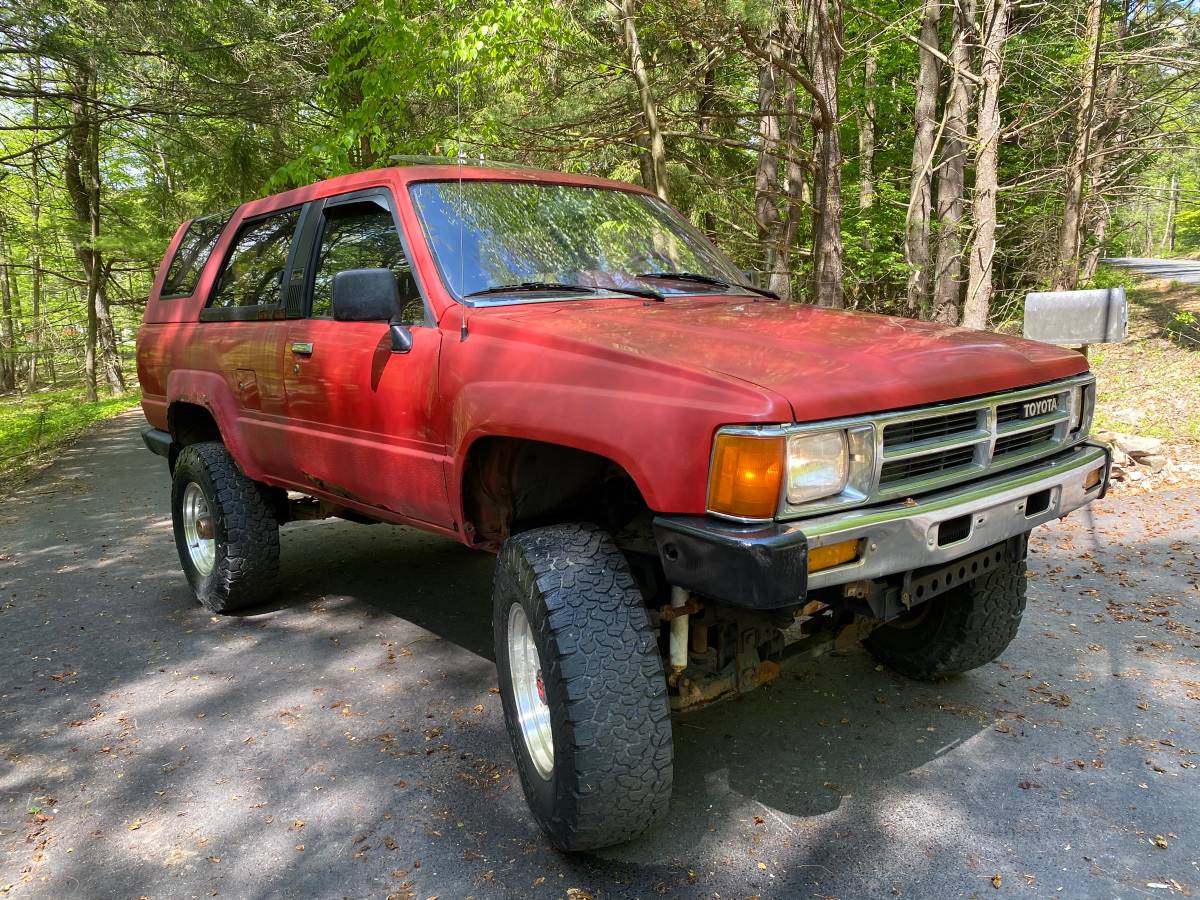 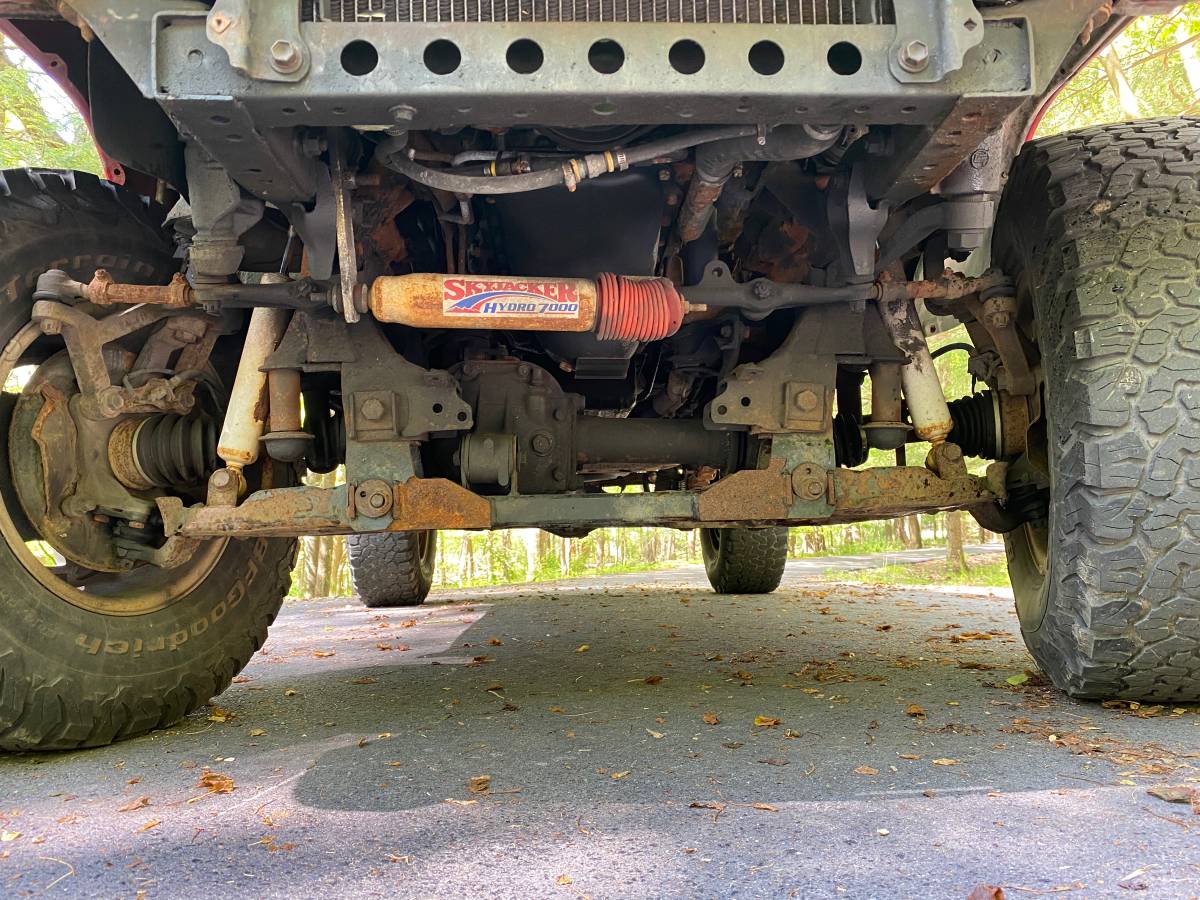 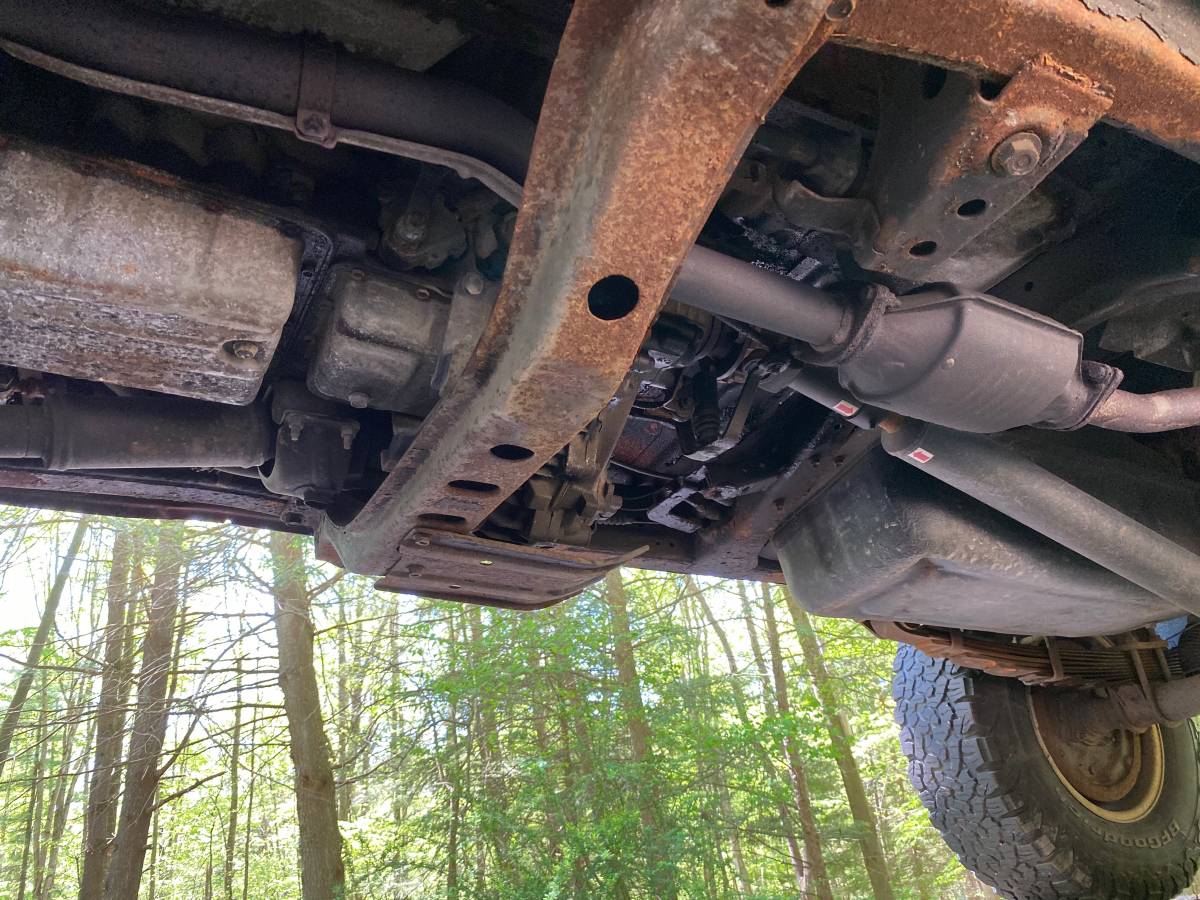 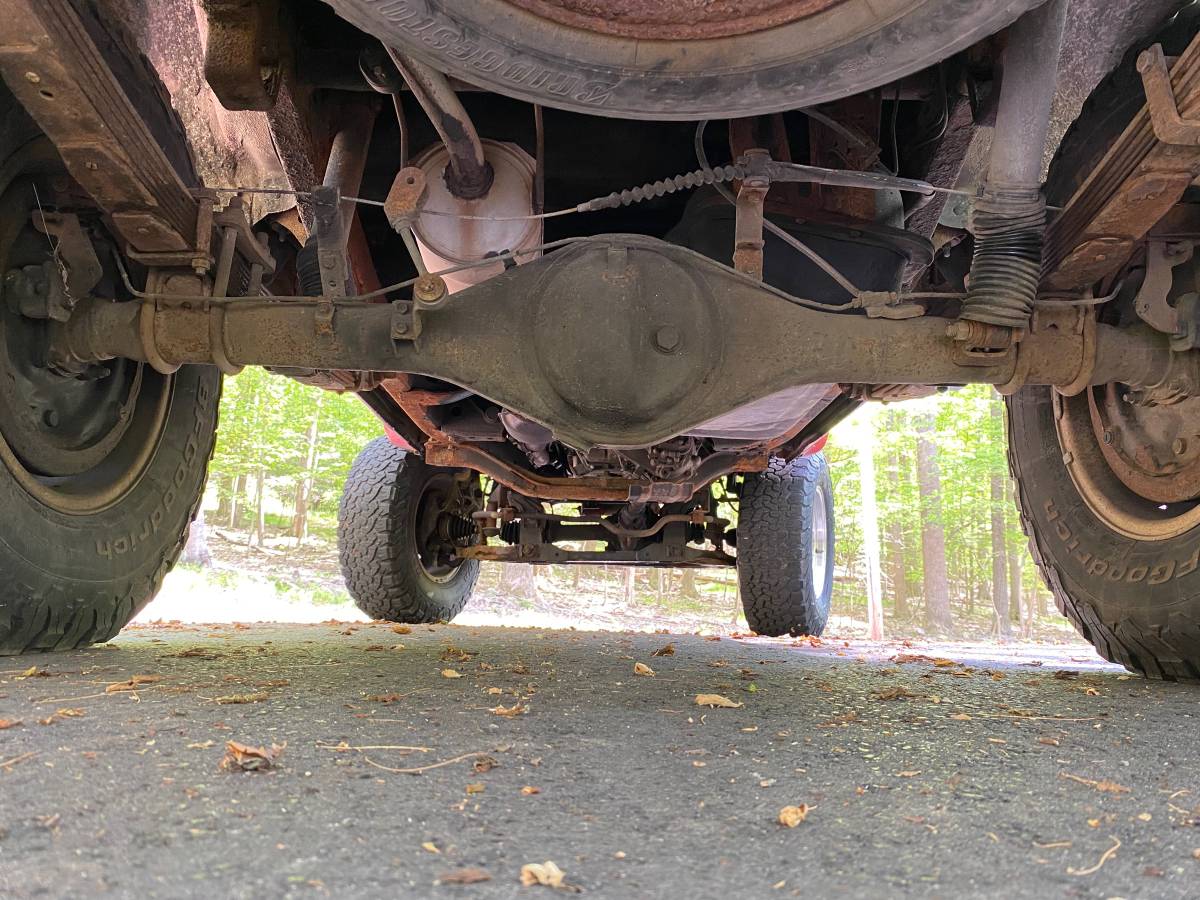 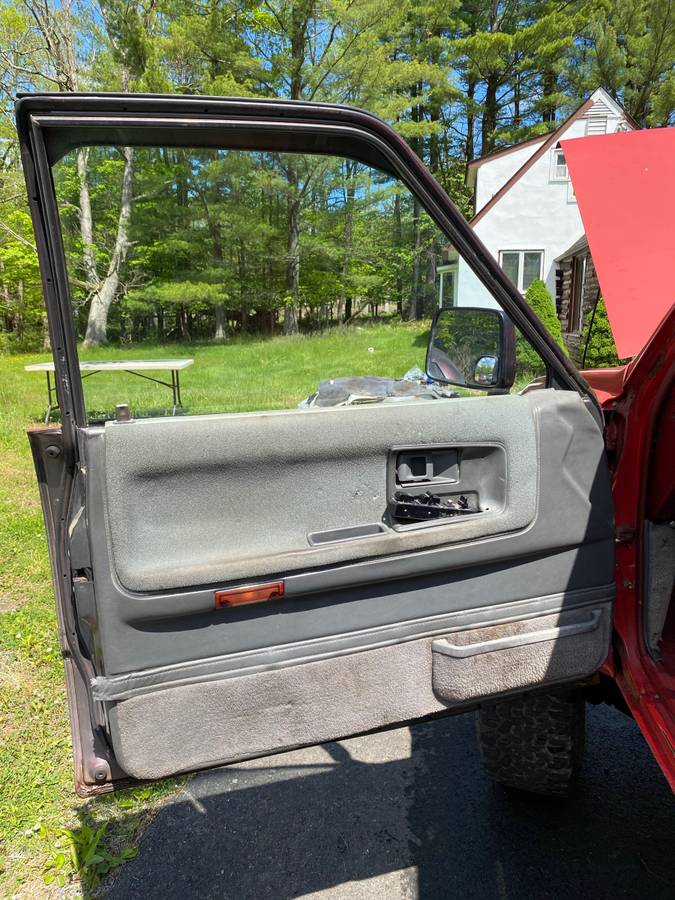 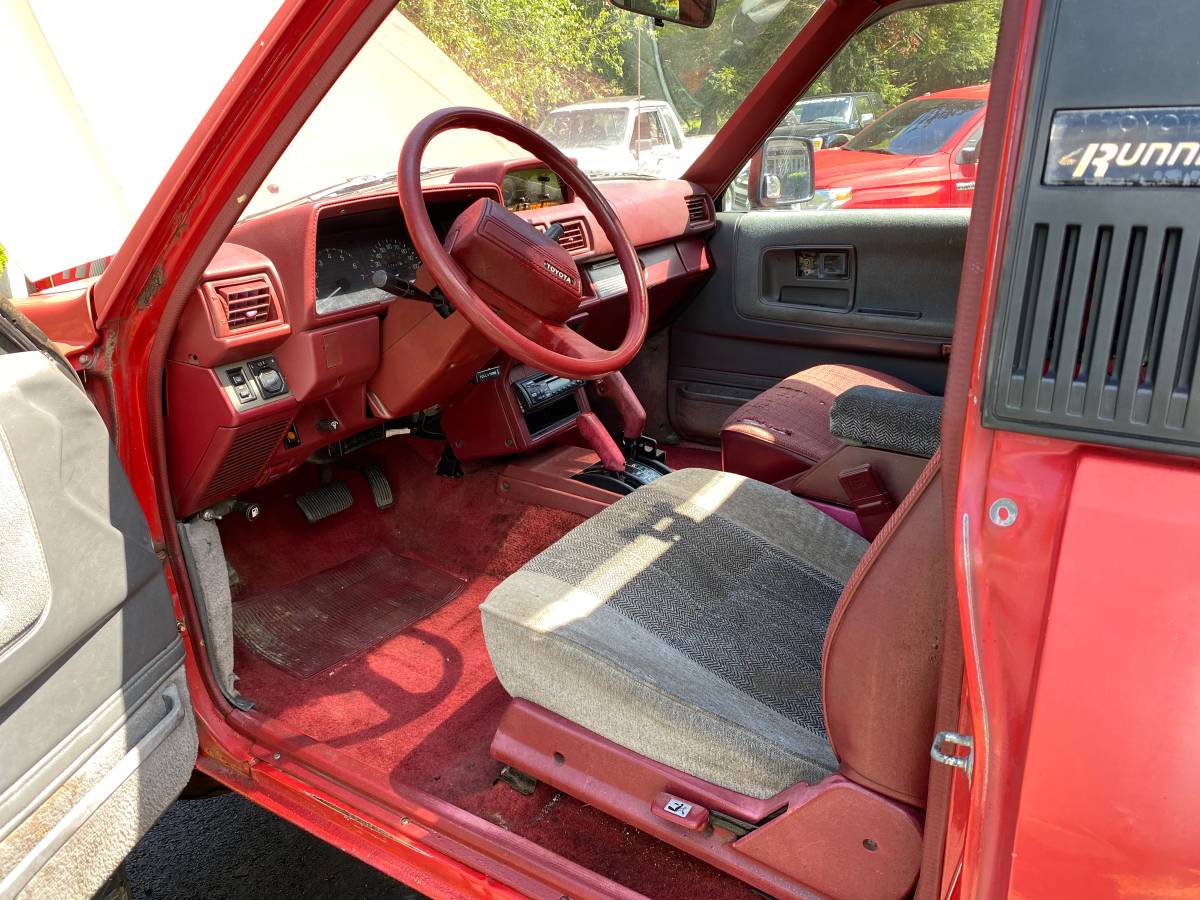 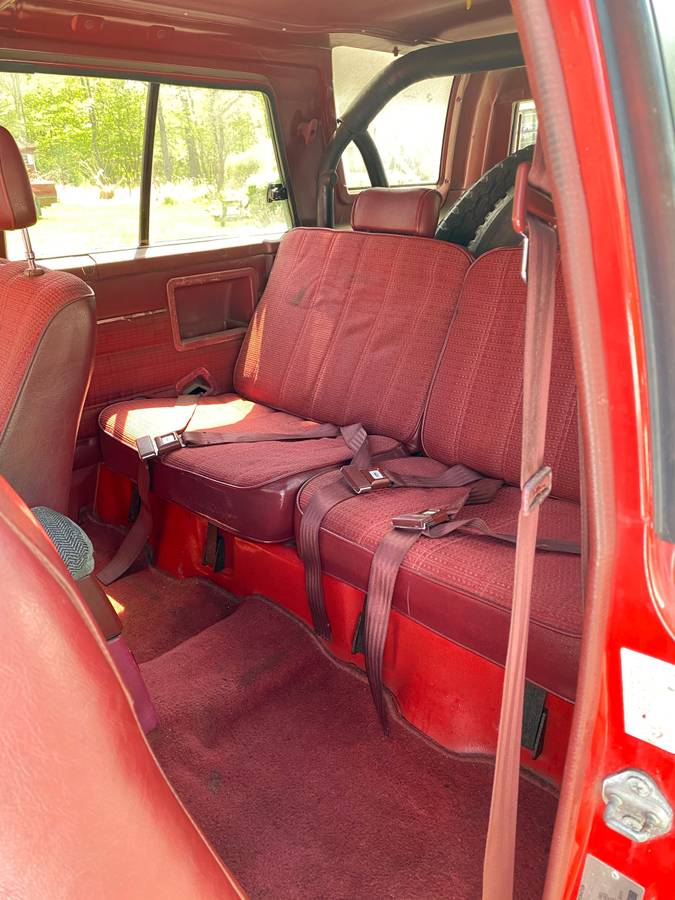 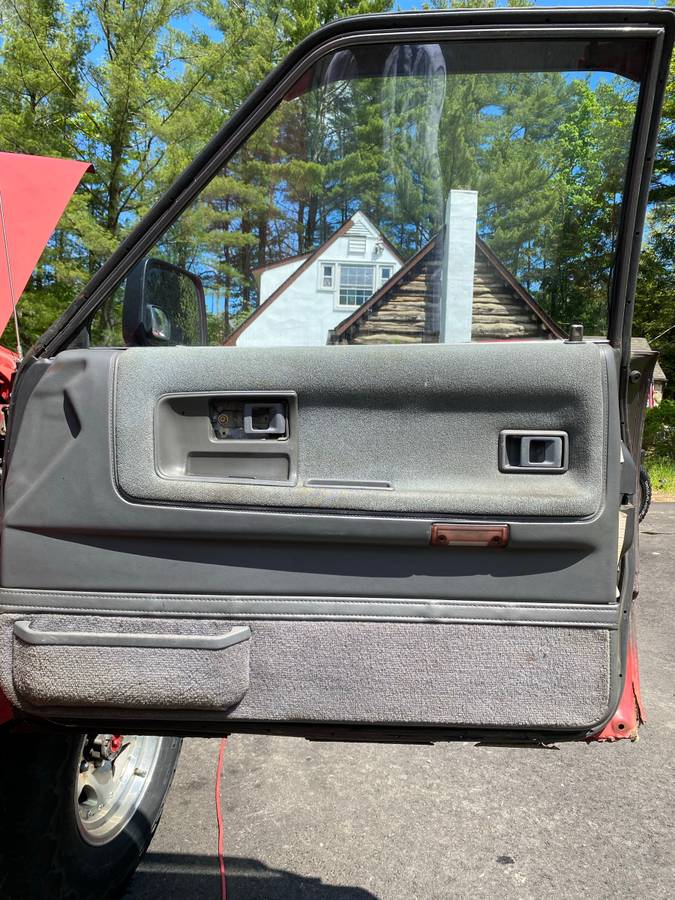 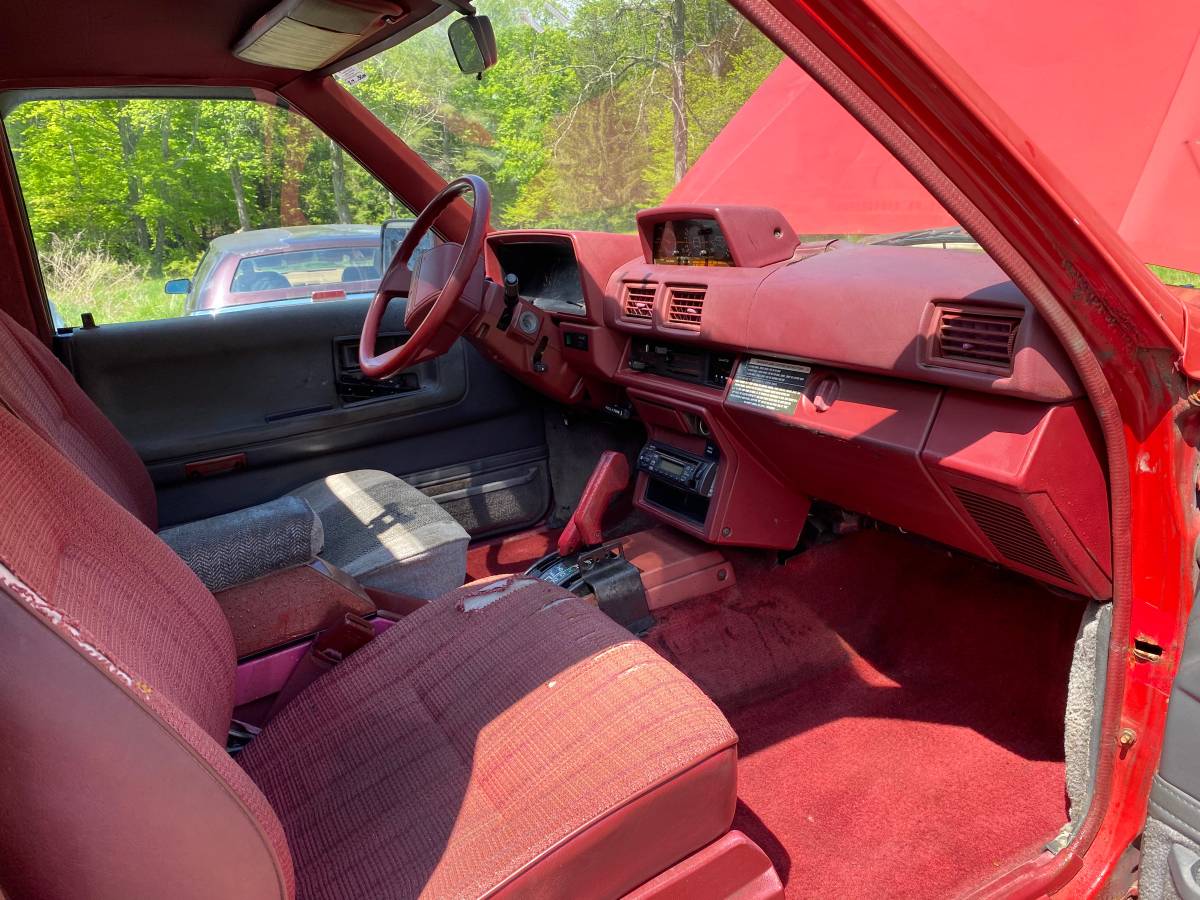 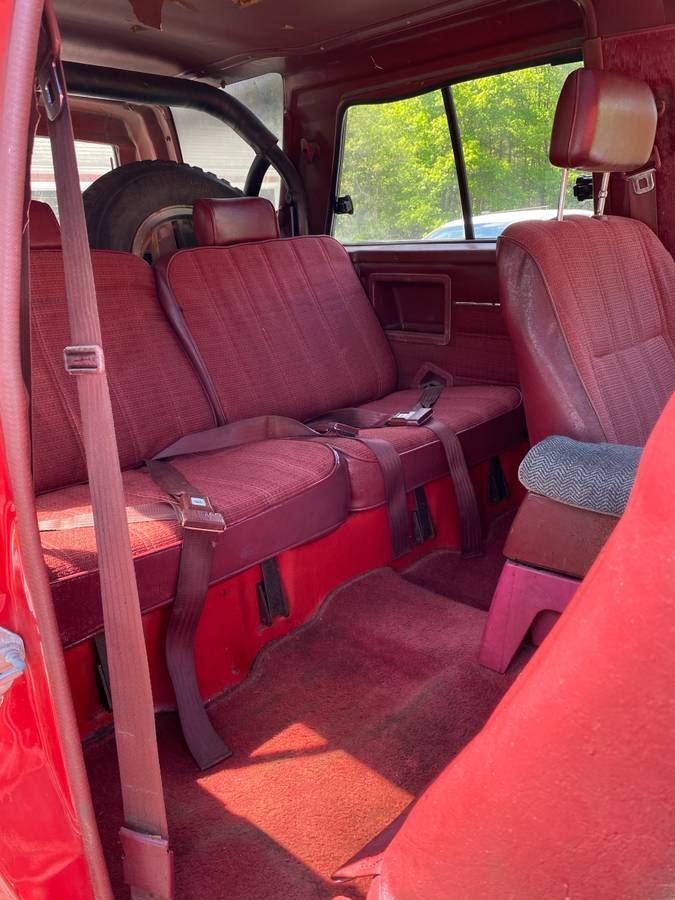 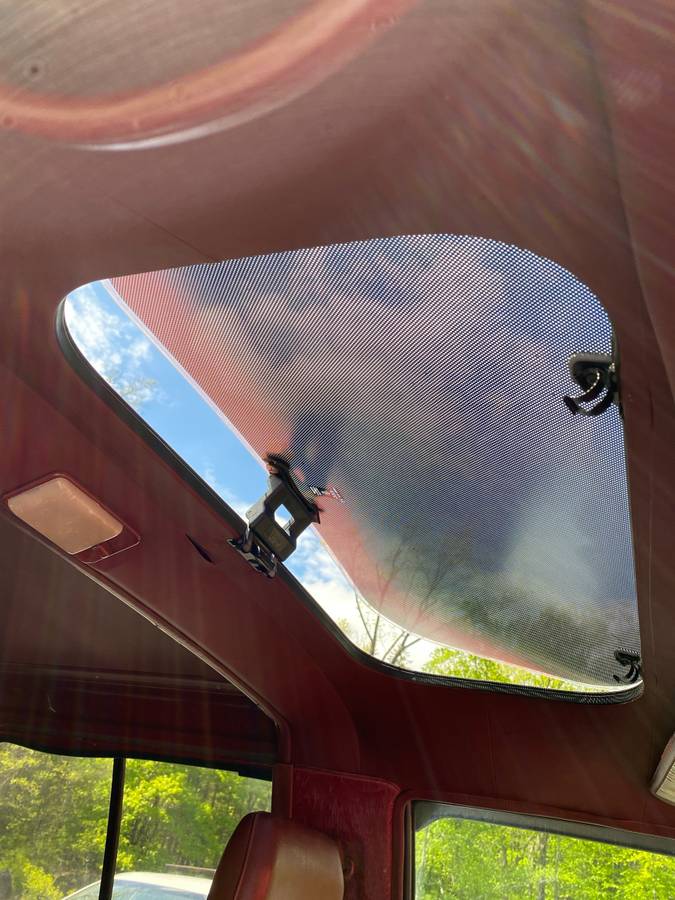 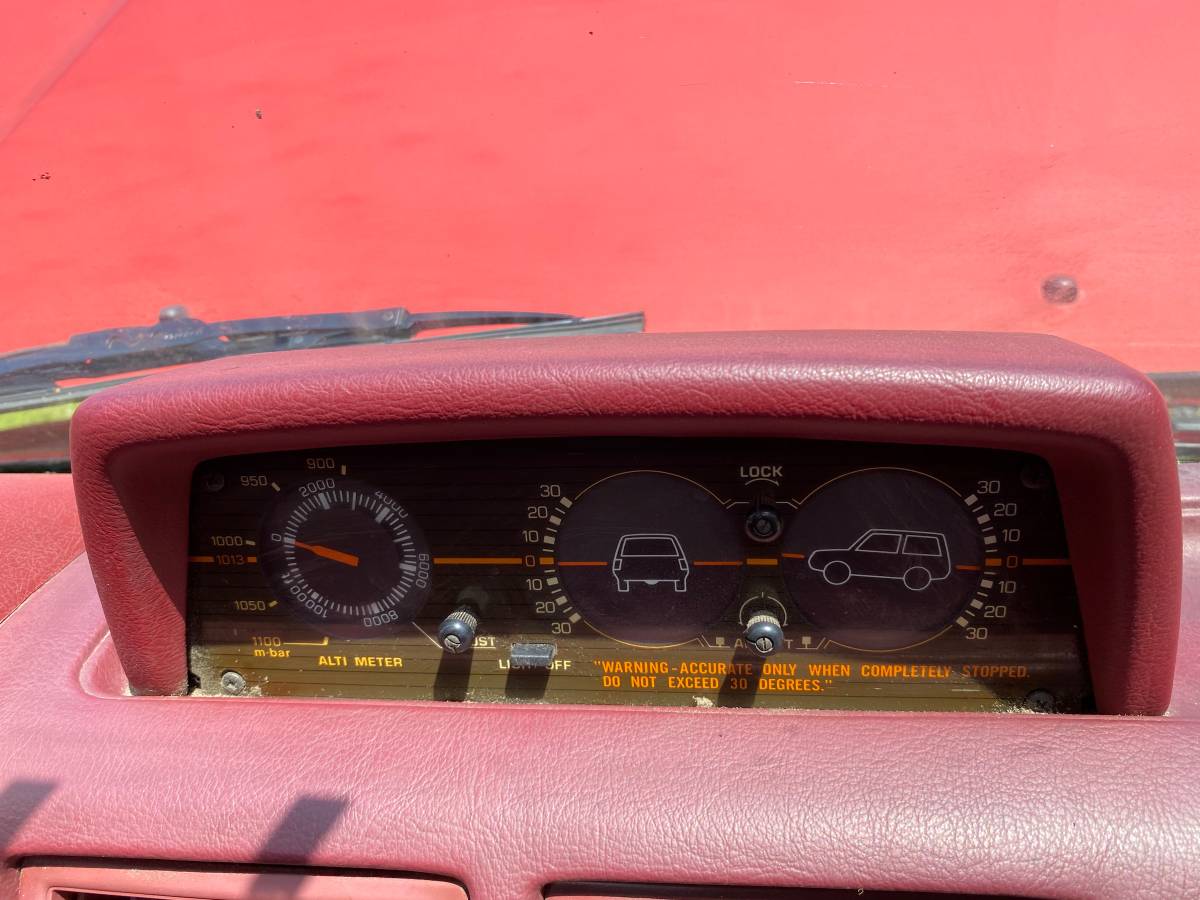 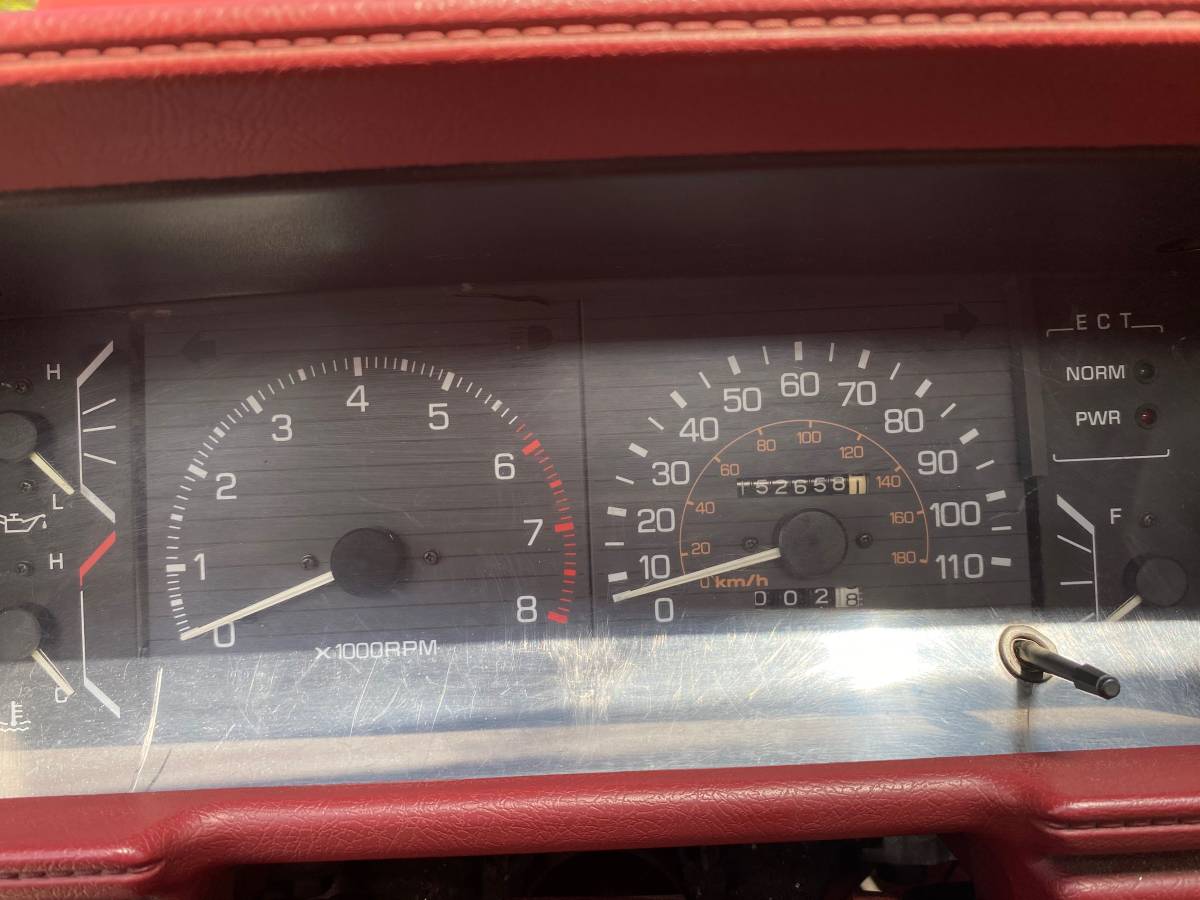 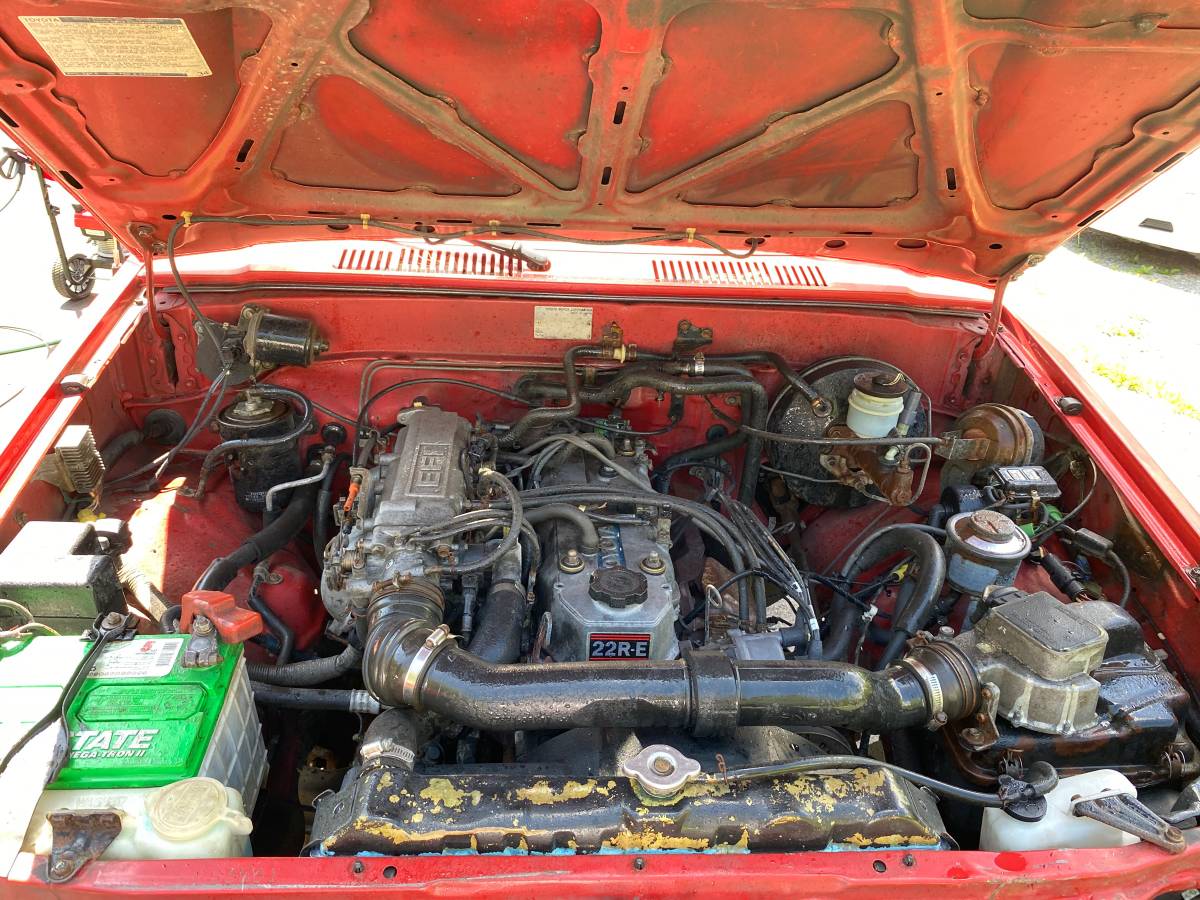 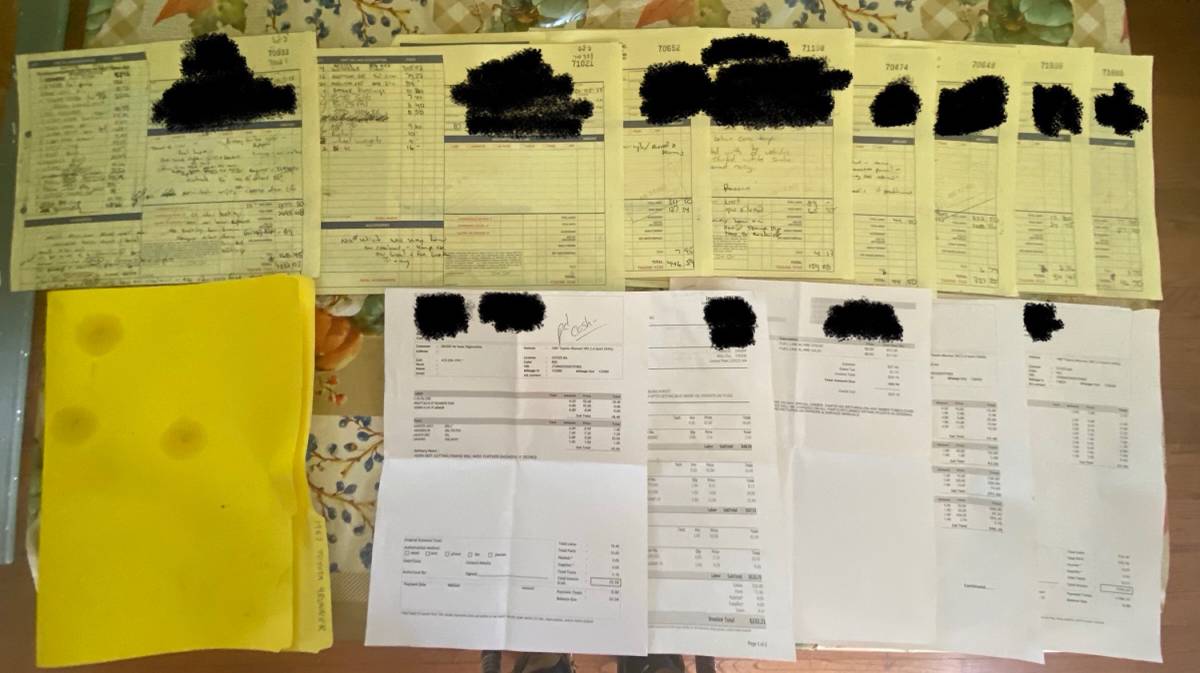 While vintage 4x4s have long been one of the hotter classes of vehicles, the market is shifting past the classic K5 Blazer and FJ40 to welcome new square bodies into its ranks. This is not to say the old guards will stop commanding big money at auction, rather more that the next generation of collectors are starting to snatch up the RADwood-friendly trucks from their youth, like this 1987 Toyota 4Runner SR5 listed on Craigslist in Glen Gardner, New Jersey for $3,900. It is said to be a strong runner, but based on the photos of the exterior, it will clearly need some time in the body shop in the not-too-distant future. Checking the Hagerty Insurance Online Valuation Tool reveals this seller has priced his truck more than fairly at $3,900, which is well below the “Fair” condition pricing of $4,600 – but likely accounts for the crunchy panels.  If you want to give this 4Runner SR5 a closer look, you can contact Vincent at (908) 574-8502, and when you do please remember to mention you saw his 4Runner featured here on GuysWithRides.com.

Like many Japanese 4x4s from this era, the 4Runner is not pristine – far from it. But unlike the modern SUV, the 4Runner wasn’t intended to be a show truck. It was supposed to be your best friend in the dirt or sand, wherever you took it. You could pop the roof off and enjoy an open-air driving experience – in a truck! The brawny looks and simple powerplants made them a hit seemingly with every age demographic, as the 4Runner appealed to your sensible side due to its impressive reliability, and your wild side given its go-anywhere capabilities. Today, Hagerty shows that values have risen sharply since the start of 2020, likely as potential buyers realize how few of these trucks are left in good condition.

The listing doesn’t cover much about the rust visible in the driver’s side rear quarter or the tailgate but does highlight some significant investments in maintenance. The seller describes a “partially” rebuilt 22RE engine, which is among the more durable motors Toyota ever built. The interior presents well, far better than the outside, with the cool altimeter gauge pod still attached to the top of the dash. The truck also has a mild lift kit, upsized tires, and aftermarket wheels. The seller has listed this 4Runner for sale due to finding a rare SR5 Turbo for sale and choosing to focus his time and money on that truck. While there are some obvious bodywork needs, you could also simply enjoy using the 4Runner this summer before making the rust remediation a winter project. Good luck with the purchase if you choose to bring home this rad SUV.

“I am selling a 1987 Toyota 4Runner SR5 with the indestructible 22re which currently has 20k on it after its partial rebuild. The body and transmission has only 153k which as you know is very low for these vehicles. It has a nice set of 33s on it with some aftermarket alloys which actually look pretty nice. It’s fully loaded for the year and has every option. Power locks, windows and mirrors, a sunroof, cruise control, the altimeter on the top of the dash which works great, overdrive and obviously 4wd as well as ECT Power. The guy I bought this from put around 4-5 thousand into it before he sold it (to which I have about 15-20 pages of receipts). He used it to tow his motorcycles and trailer on weekends and ended up upgrading to a newer vehicle due to the fact the 22re isn’t exactly a monster power wise. I bought it to potentially restore but ended up finding a 1987 SR5 turbo which I’ve decided to keep. This thing runs great and idles real smooth too. This also had a full tuneup and oil change recently. 4wd works great as well. Power mirror connections are there but I took them off because I prefer manuals. The rear window doesn’t go down and I’ve honestly never tried to even use the cruise control. Running, driving and shifting wise this things sick. It is exactly what you’d expect, nowhere near perfect, but nonetheless is a great runner and was well cared for. Thank you“