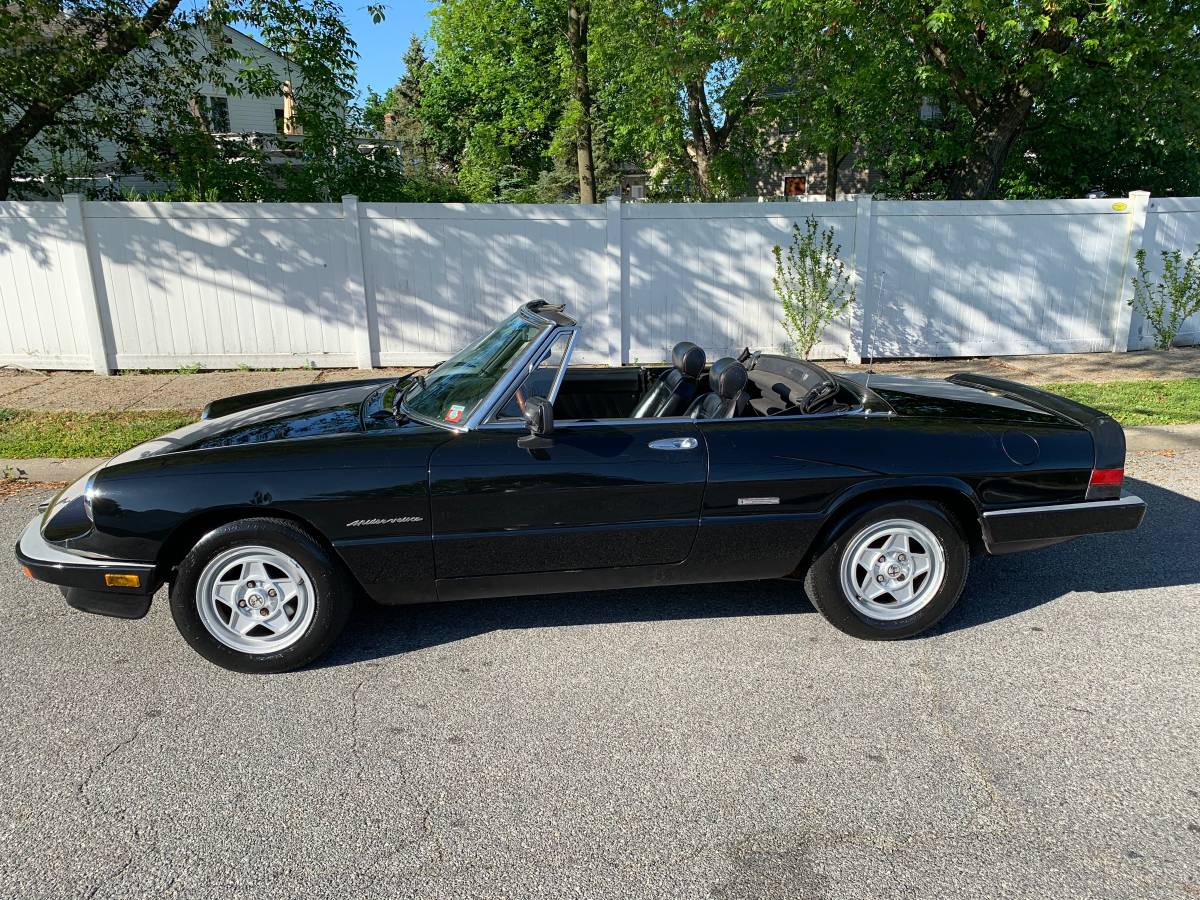 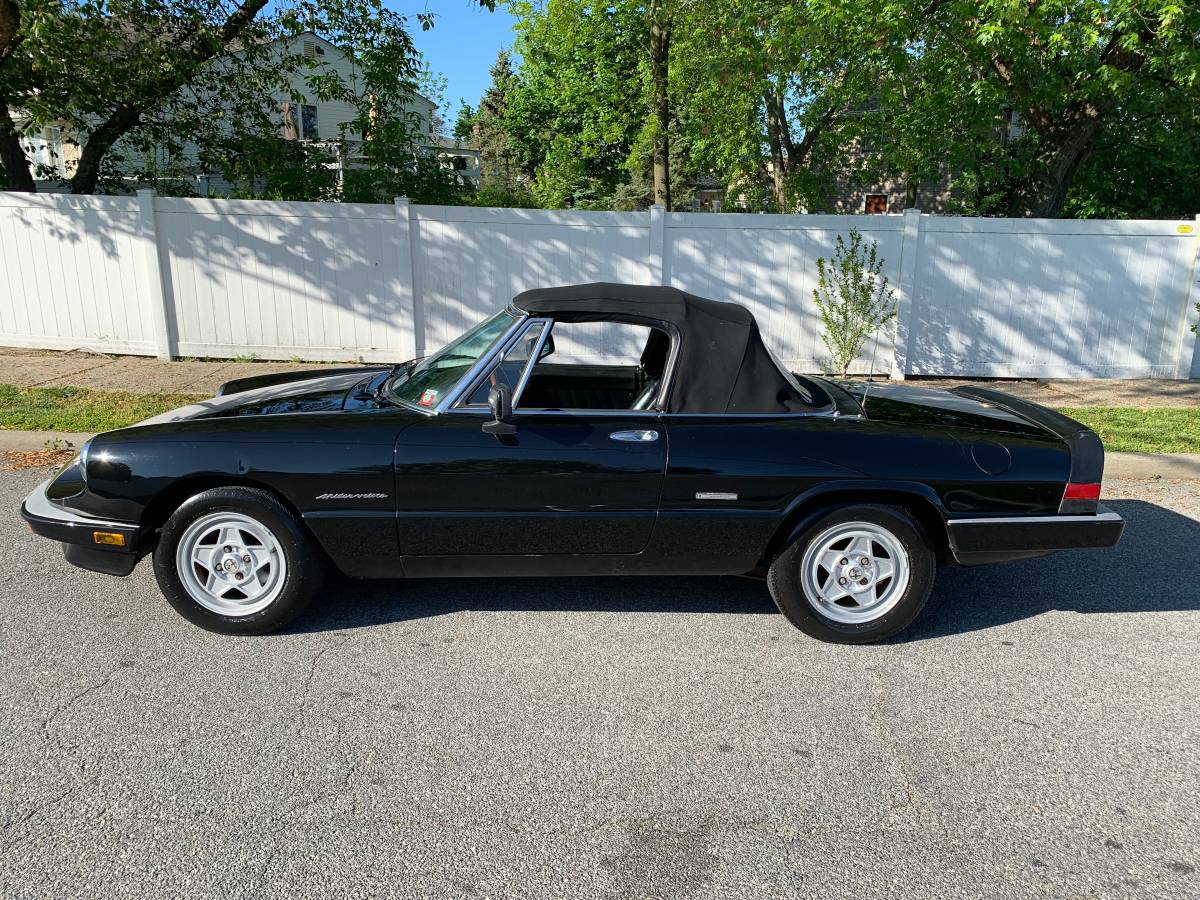 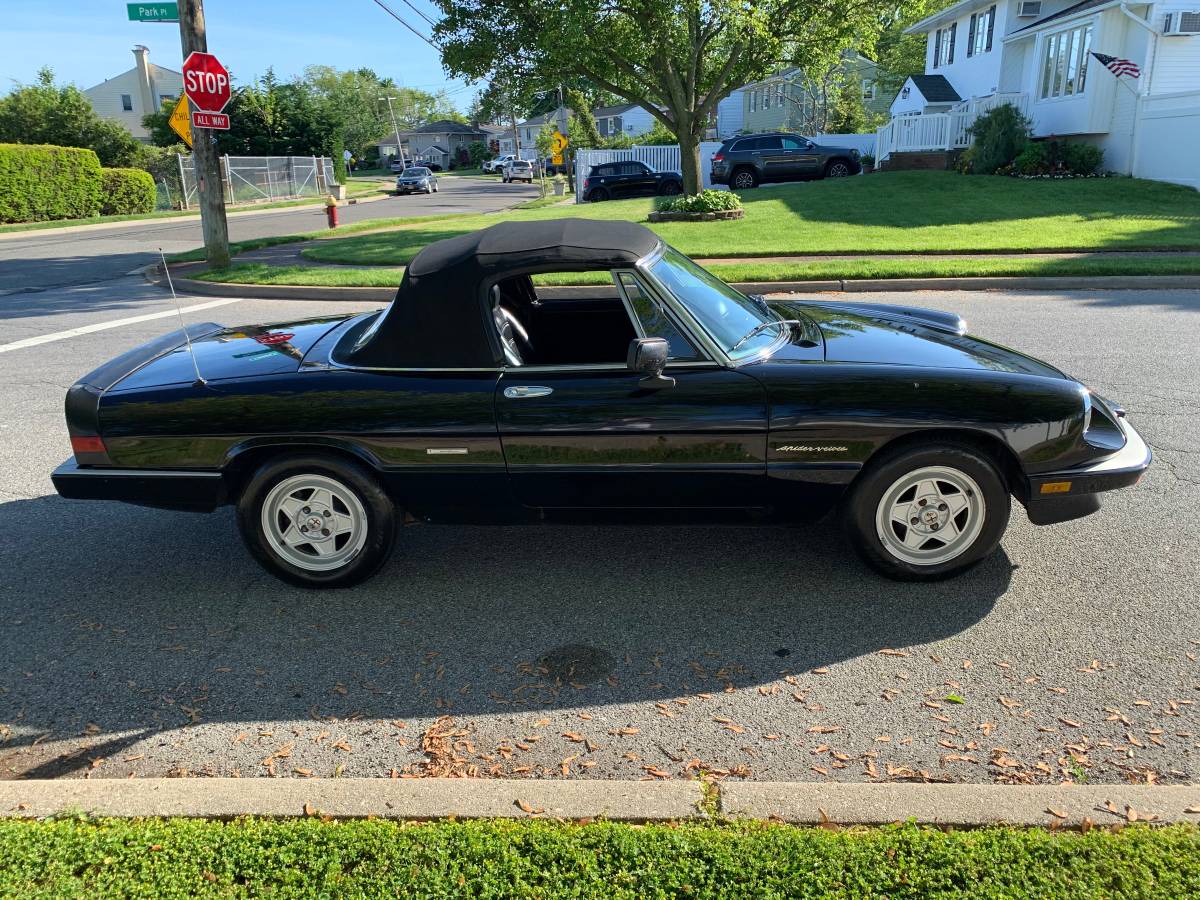 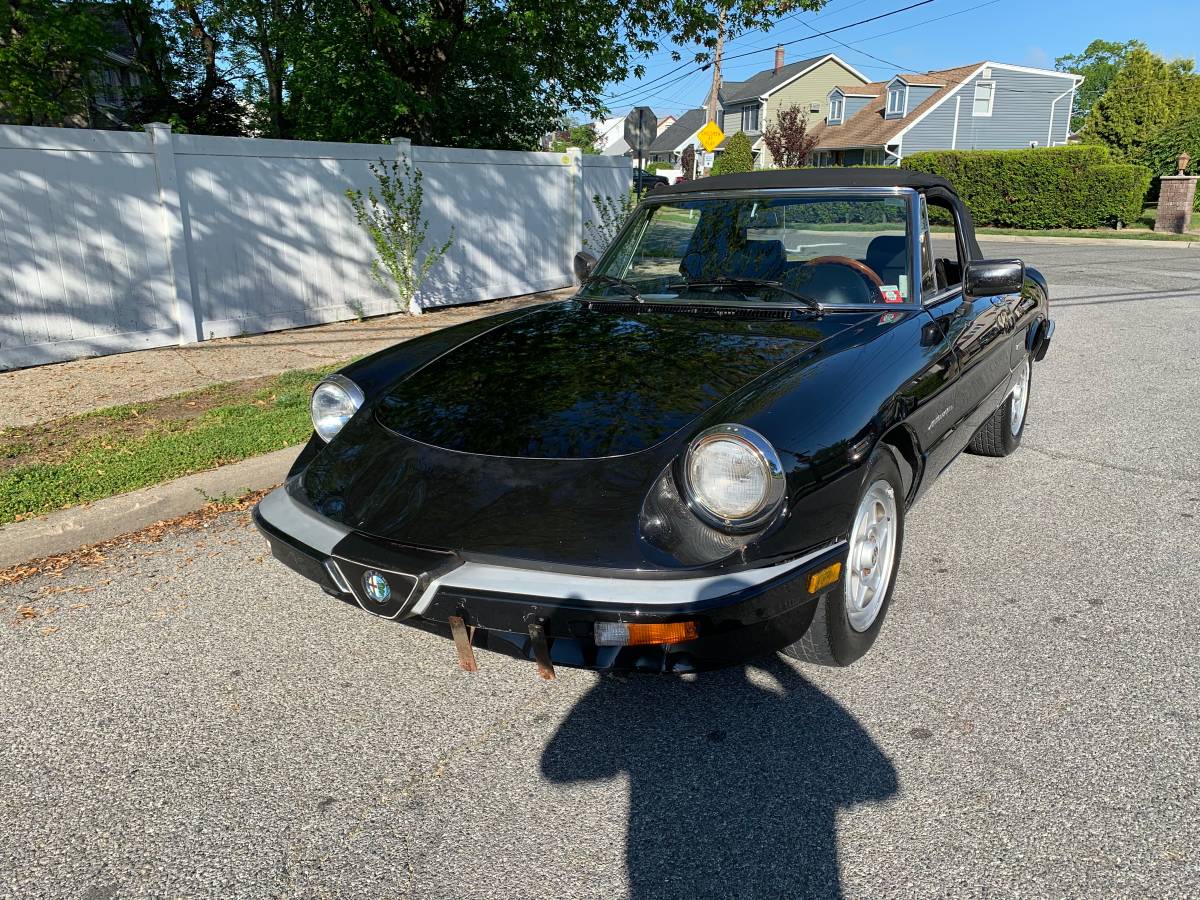 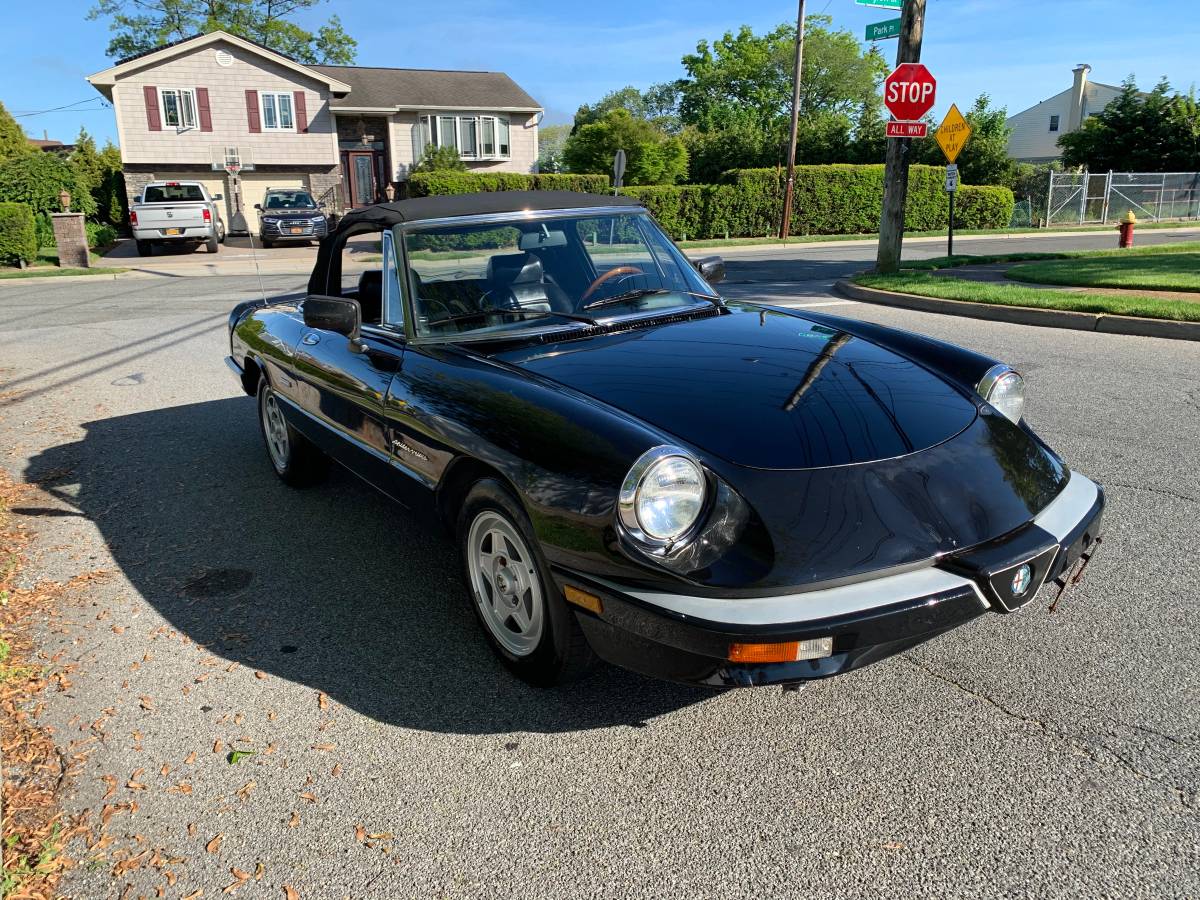 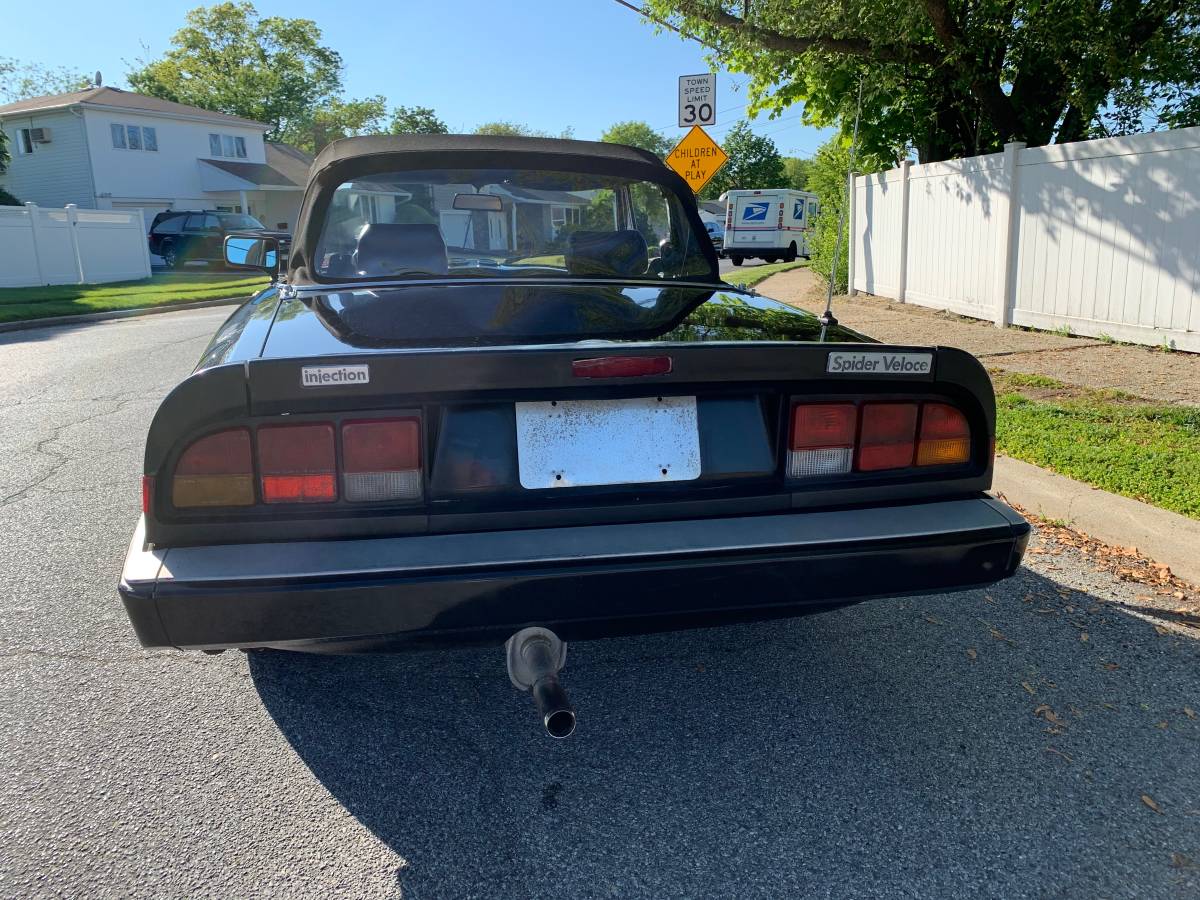 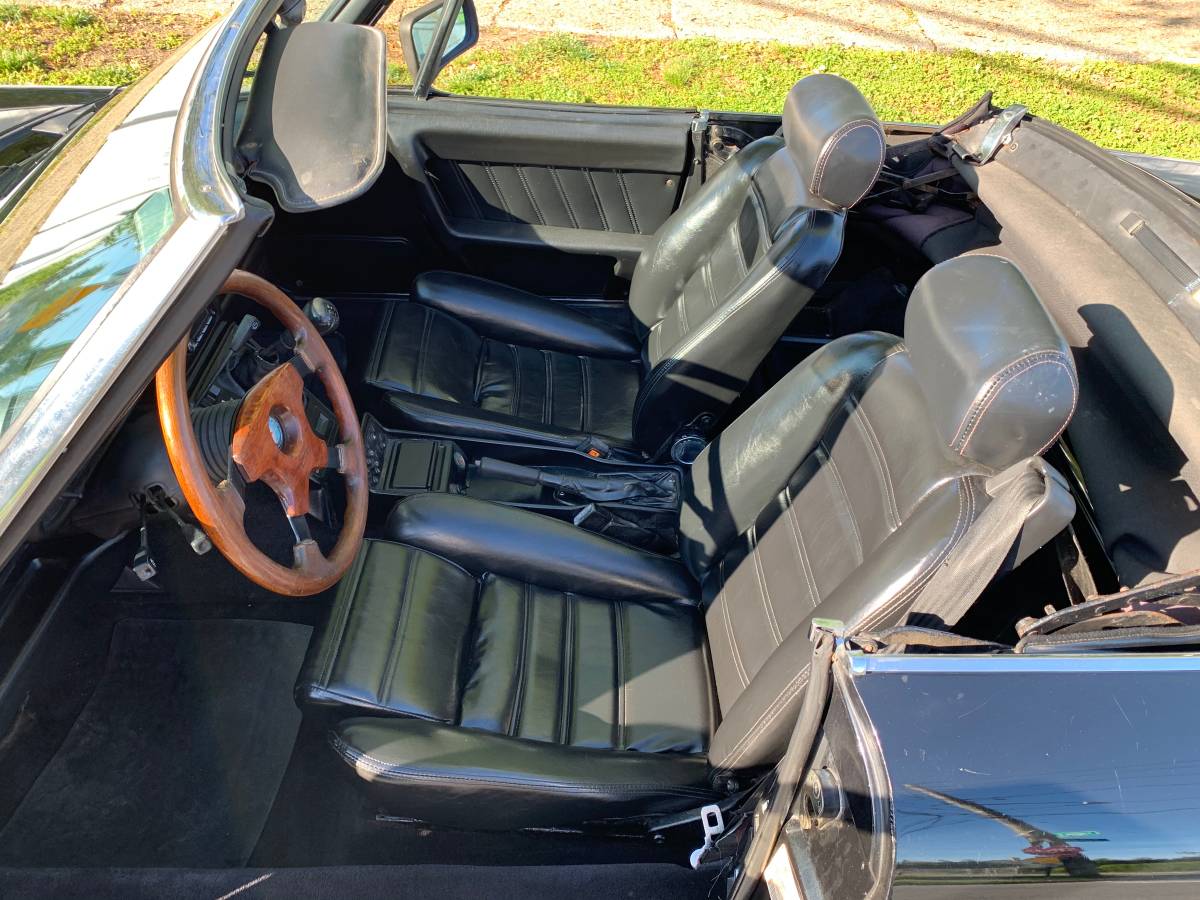 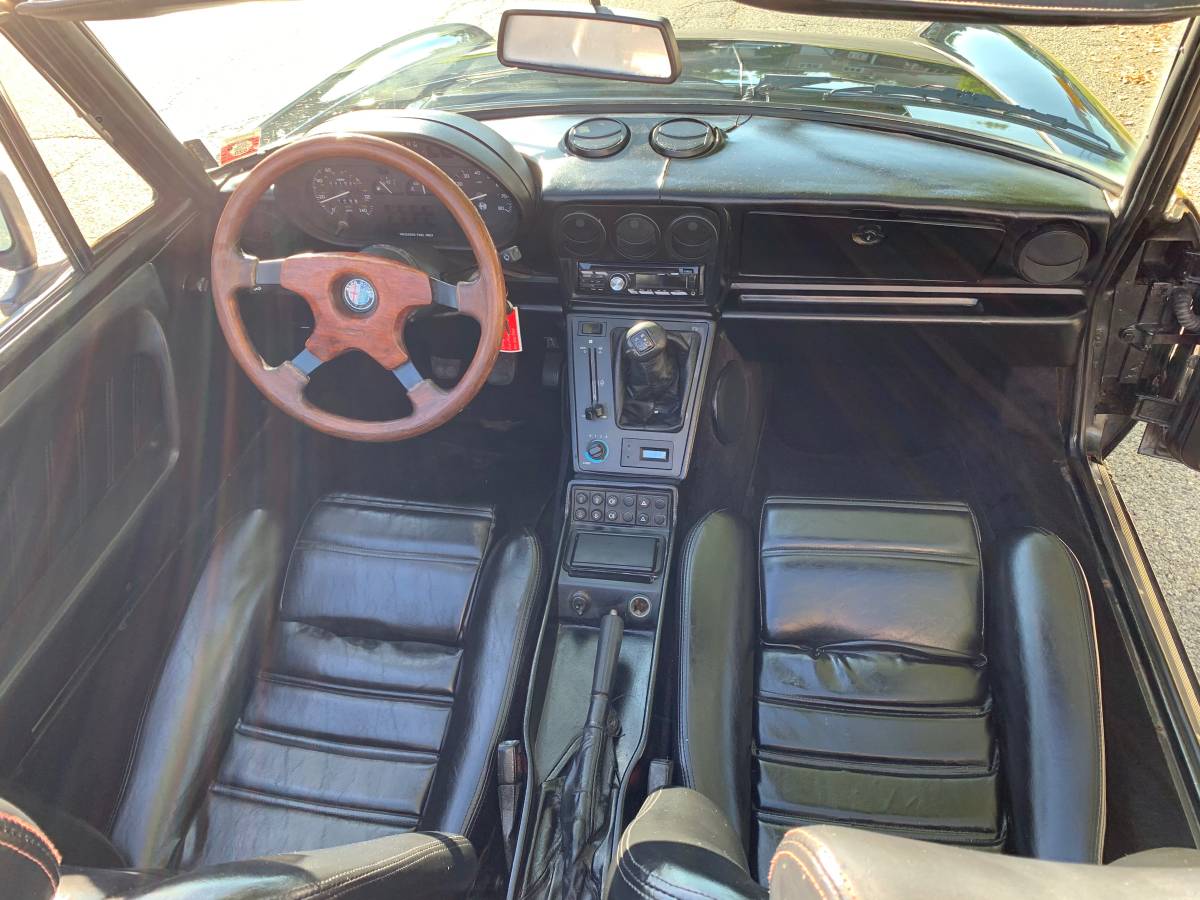 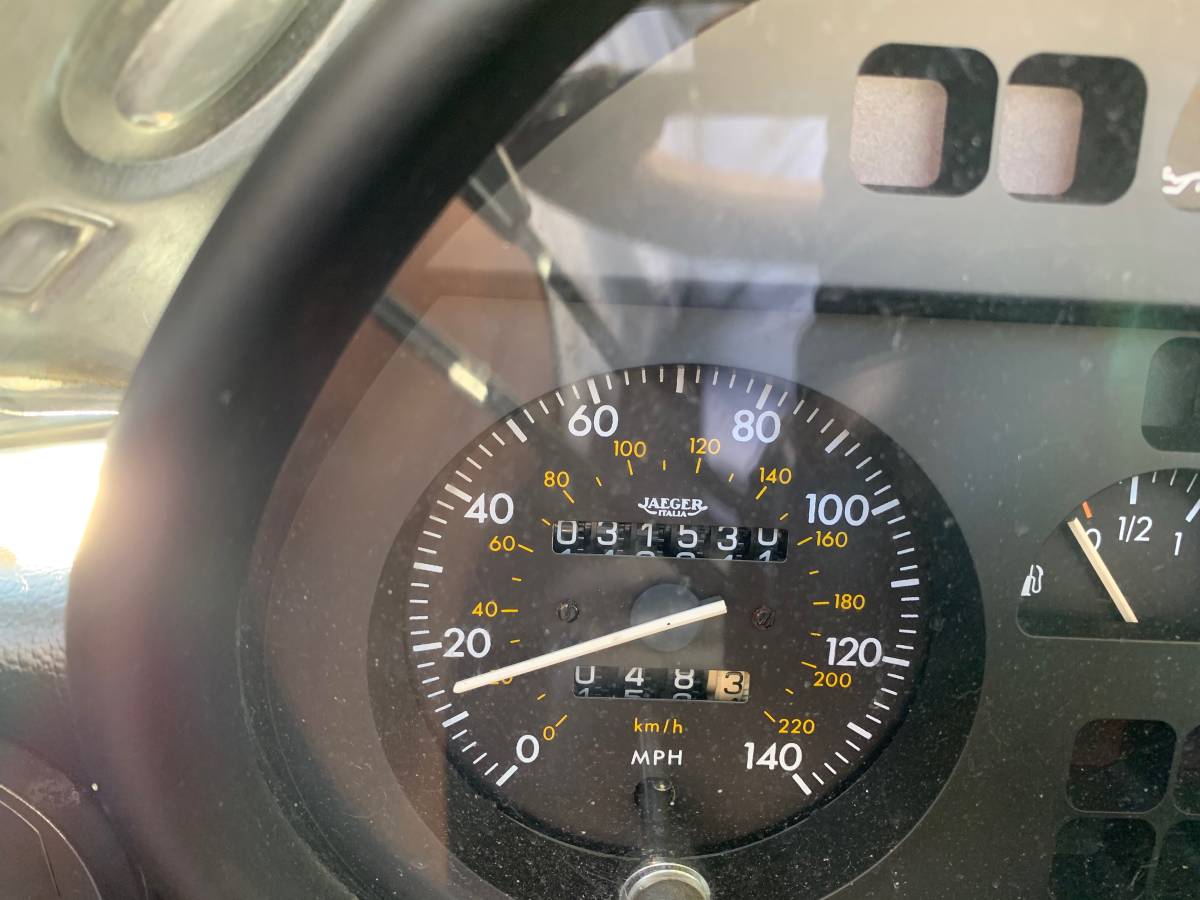 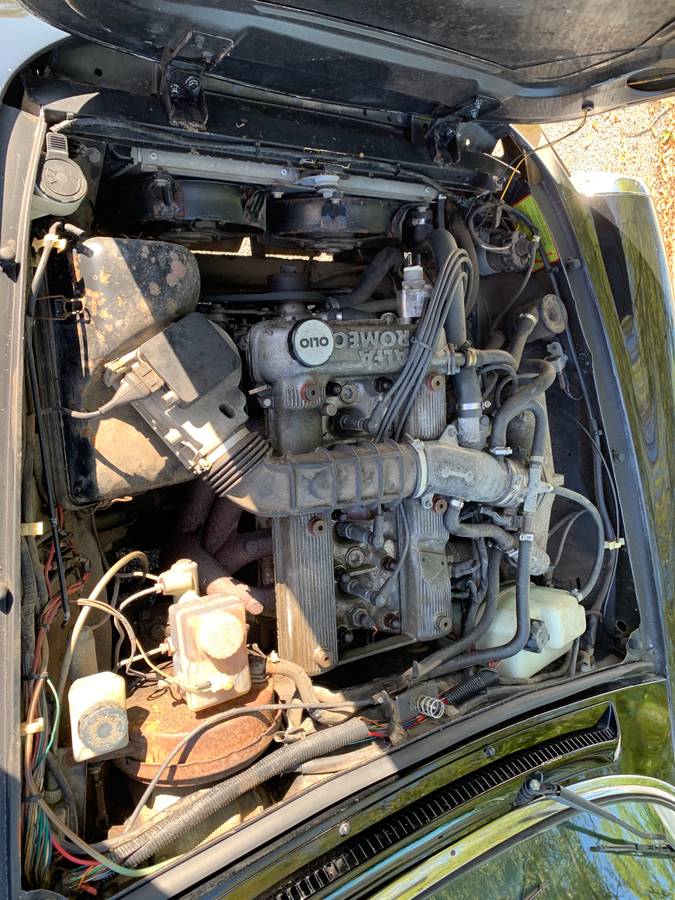 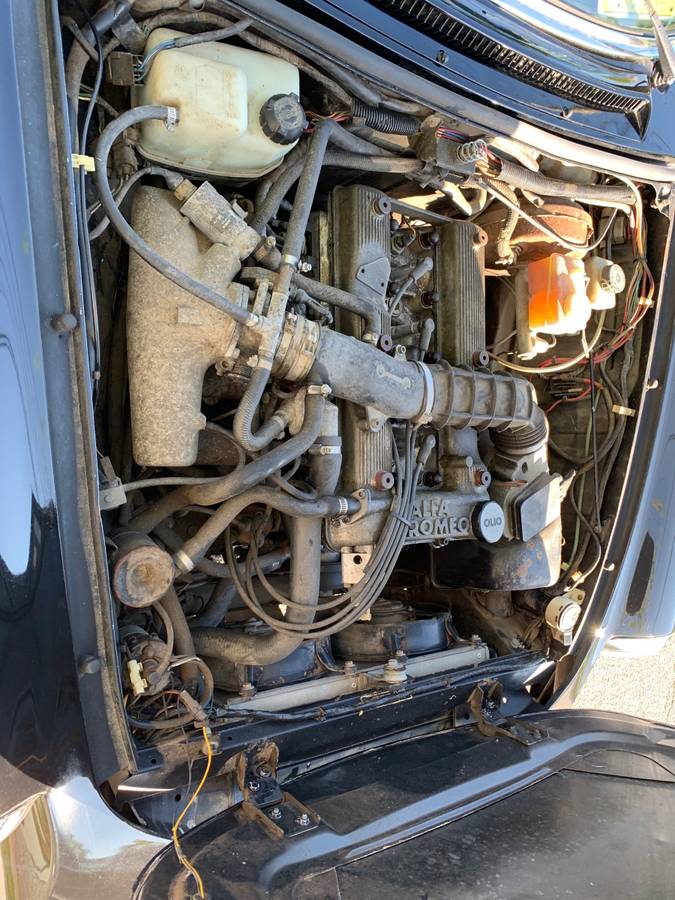 Standard practice for many European automobile manufacturers is to launch their revised models in the E.U. about one model year before the updated car launches in the U.S.  Such was the case in 1990 for the Alfa Romeo Spider.  While the final Series Three launched in 1990 with Bosch Motronic electronic fuel injection, full-width body-colored plastic bumper fascias, an electric cooling fan, full-width rear taillights, on-board diagnostics an optional automatic transmission in Europe, in North America, 1990 models continued to be Series 3 cars like the Spider Veloce example listed on Craigslist in Bellmore, New York (Long Island) with only a stated 31,000 original miles and an asking price of $4,900.   Checking the Hagerty Insurance Online Valuation Tool confirms this private seller has his Spider Veloce priced $1,900 below the current #4 “Fair” (Daily Driver) estimate of $6,800.

Originally launched in 1966, for 1982 Alfa Romeo launched the updated Series Three version the Spider when it replaced the SPICA mechanical fuel injection unit with a modern Bosch electronic system.  Styling revisions included the introduction of black rubber front and rear bumpers, a front bumper incorporating the grille, a small soft rubber spoiler added to the rear kammback, and various other minor mechanical and aesthetic modifications.  The interior received a new center console, lower dash panels (to meet U.S. regulations), and a single monopod gauge cluster (with electronic gauges). For the North American market, a model marketed as the Graduate acknowledged the model’s appearance in the 1967 film, The Graduate, starring Dustin Hoffman.

The Graduate was intended as a less expensive “entry-level” Alfa. While it had the same engine and transmission as the Quadrifoglio and Veloce, it lacked the alloy wheels and other features. The Graduate model had manual windows, basic vinyl seats, a vinyl top, and steel wheels as standard. Air conditioning and a dealer-installed radio were the only options. It first appeared in 1985 in North America and continued until 1990.  The model featured here is the top-of-line Spider Veloce.  Minor changes occurred from 1986 to 89, including new paint colors, a center high mount stop lamp (“CHMSL”) midway through 1986 for North American models.

Based on the pictures provided, this Alfa Spider presents nicely and is a nice change from the typical red examples we usually find for sale.  While the engine compartment could use a winter’s worth of detailing, the current caretaker states his Alfa “has been well maintained by the owner” so you’ll need to confirm whether that means he’s completed the maintenance and repairs himself or if he has the receipts for the work he’s had completed.  For such a low mileage example this car could turn out be a great find if the seller can prove this car has been well maintained.  Good luck with the purchase!