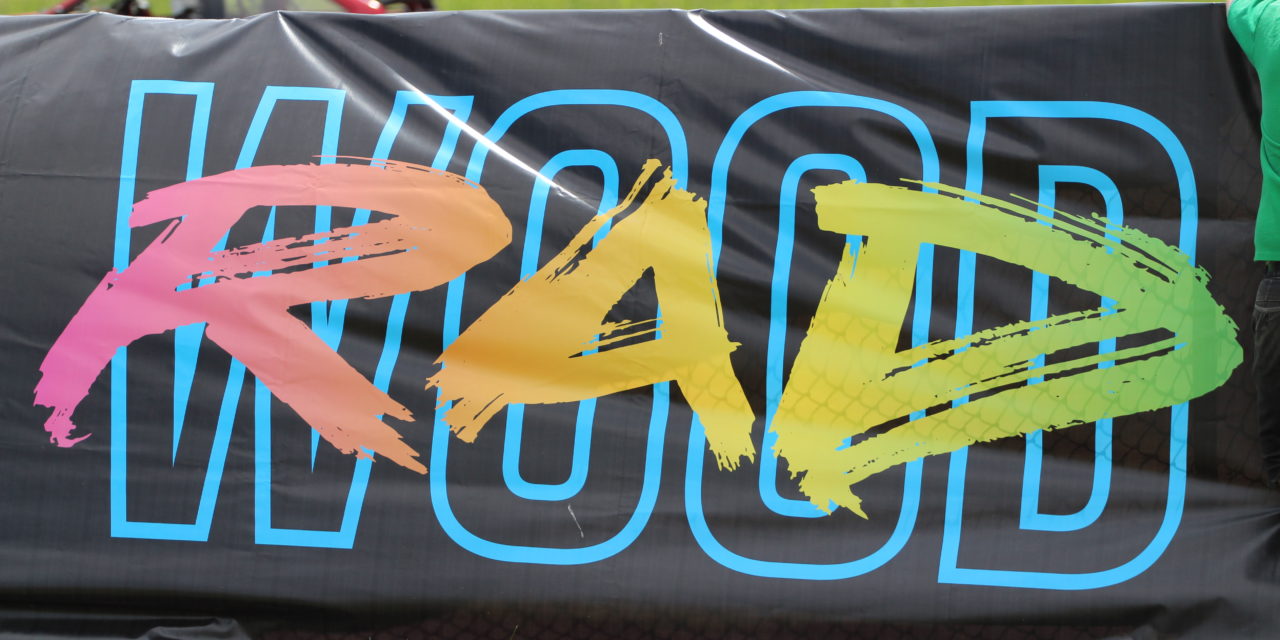 Why This Baby Boomer Identifies With RADwood

I was born in October 1964, making me one of the last Baby Boomers produced.  While being the last car produced can be valuable among enthusiasts, being one of the last Boomers always put me in collector car purgatory. Car enthusiasts tend to gravitate towards the cars of their youth.  Being among the last of the Baby Boomers, that meant getting the convertible bug as a toddler from seeing my dad’s friend having fun in his ’65 Impala droptop, spending my youth bouncing around the back of a ’69 Pontiac Grand Prix, and enduring my teenage years absorbing the shock of the leaf spring suspension of not one, but two International Harvester Scout IIs.  Consequently, the current wild popularity of vintage SUVs is not lost on me and at most traditional car shows I’ll gravitate towards the full size personal luxury cars and convertibles rather than the pony- and muscle cars. So while “Leading Edge” Baby Boomers (individuals born between 1946 and 1955) enjoyed the peak of the muscle car era (1964 to 1972) when they were brand new cars fueled by $0.25 a gallon leaded premium, by the time I reached driving age in 1980 gas prices skyrocketed to $1.20 a gallon and any used car I could afford came from the height of the Malaise Era when convertibles had all but vanished from the U.S. landscape.  So, by all accounts while I’m a “Car Guy” who loves pre-1970 vehicles, all of my memories are from riding around in them, not from driving them. Then along came Radwood, a completely different kind of car show.  First held in 2017, it’s a casual car show with the focus on vehicles built between Jan. 1, 1980 and Dec. 31, 1999. If you do the math, that range represents cars built from when I was counting the days down to my sixteenth birthday (yes, I had a calendar for that) right up to when I was 35 and married with two kids and a freshly-minted part-time MBA.  A funny thing happened during that time span.  I watched manufacturers figure out out how to make better quality cars with good performance and decent fuel economy with car bodies that lasted longer than the loan payment book.  Even better, manufacturers started producing convertibles again! Radwood East 2019 was part of Lemons Hooptiecon held at New Jersey Motorsports Park June 8th in South Jersey. It was the first car show I’ve ever attended where I felt a connection to the vehicles presented.  Not only were there variations of cars I actually owned, there were many more from the late eighties that I test drove and lusted after when they were new and I was graduating from engineering school.   The two examples in particular that made me feel connected were the privately owned 1987 Dodge Colt and the 1987 Buick Grand National Hagerty Insurance had on display.  At the time, the practical side of me bought a nearly identical stripper Plymouth Colt while I was still attending college ($102 monthly payments and mandatory paying co-op jobs made it feasible), but as I neared graduation and had a job offer in hand, I really wanted to trade it in on an ’87 Buick Grand National.  I didn’t and ended up running that little reliable Colt into the ground. 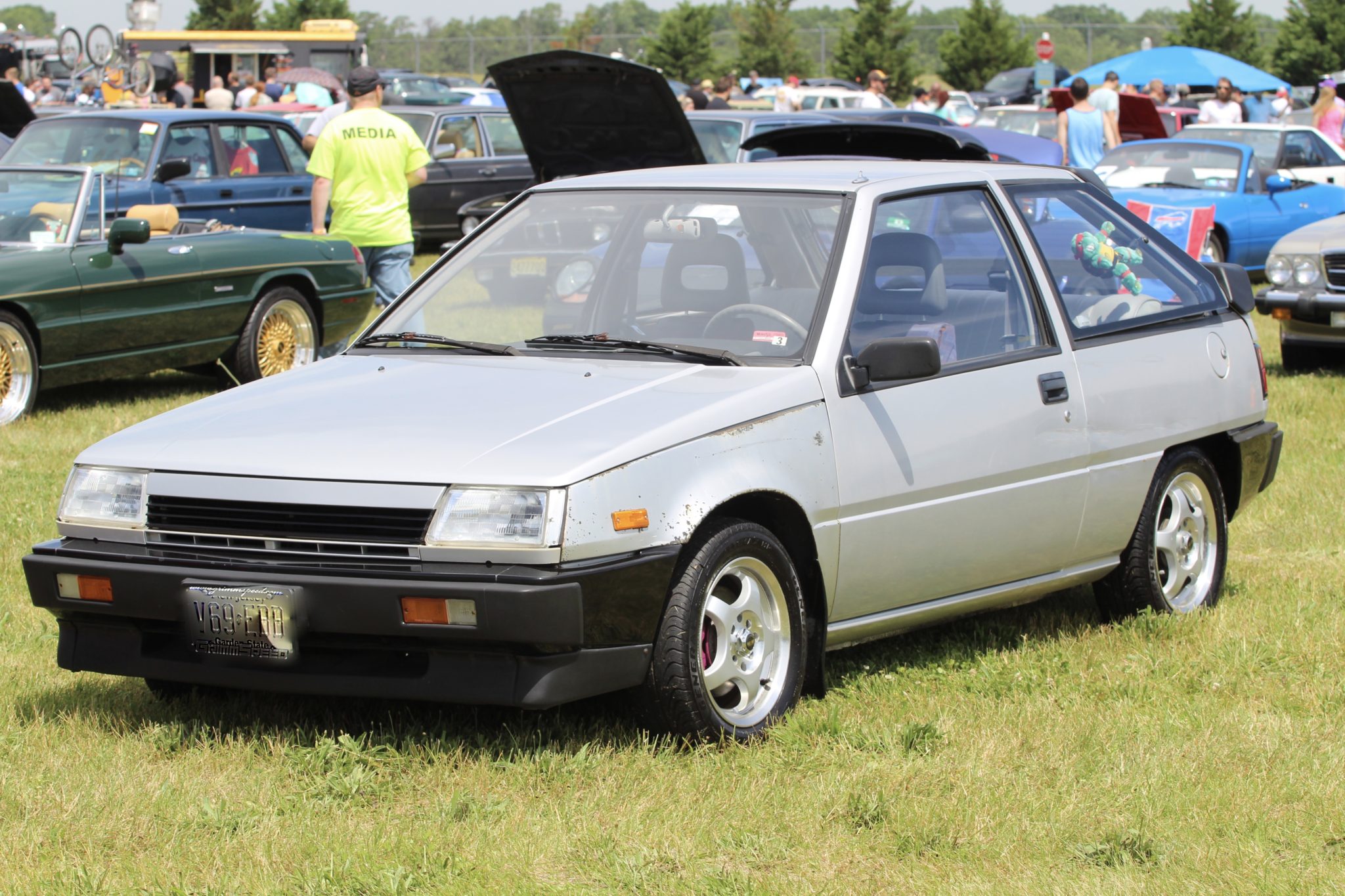 ’87 Dodge Colt similar to my first new car I bought for $102 a month while still in college. 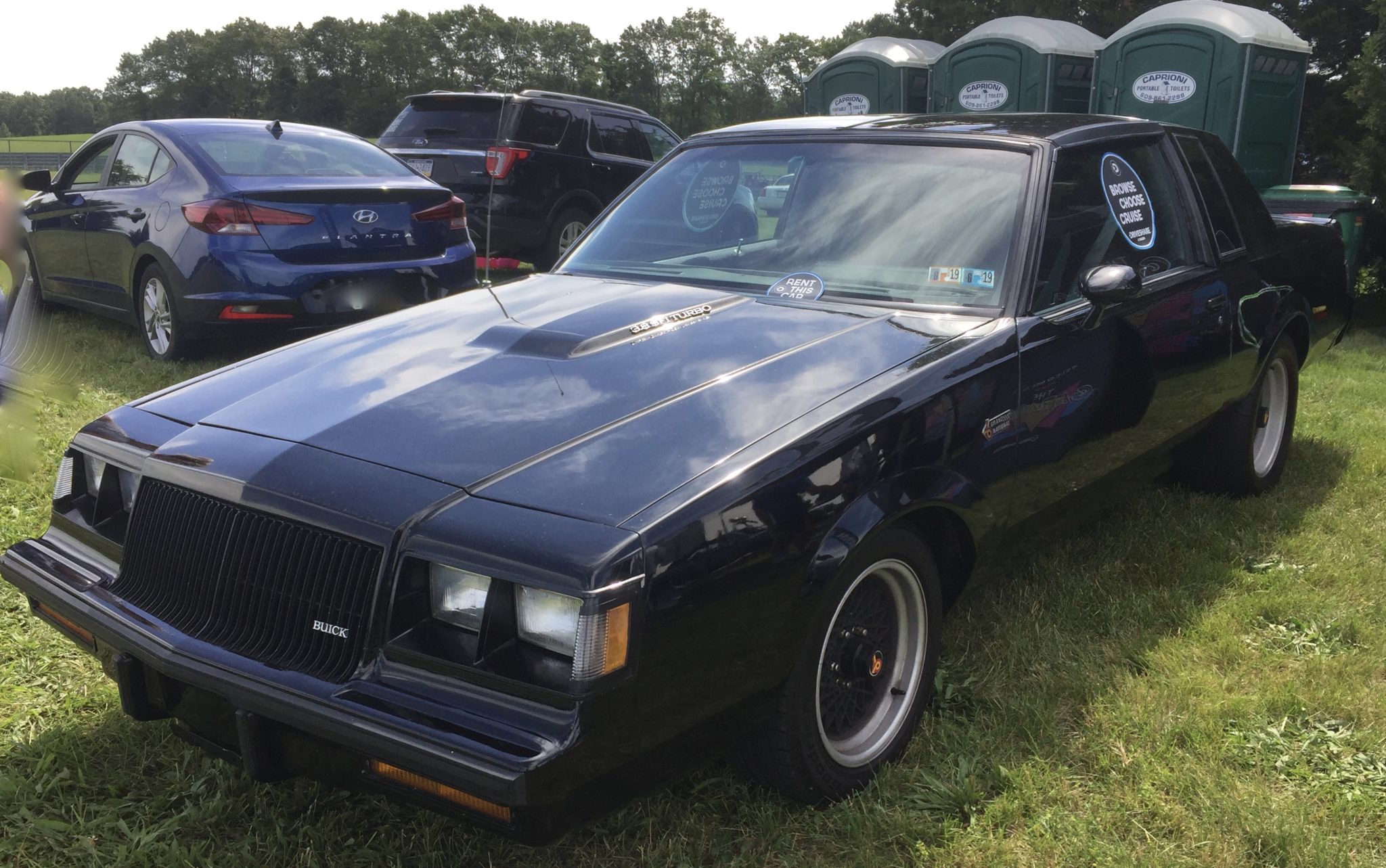 ’87 Buick GN I wanted to trade my Colt in for one year later after earning my B.S. I didn’t.

While the cars on hand made me feel more attached than other car shows, Radwood stood out to me for two other reasons.  First, unlike traditional concours or judging events, the condition of the cars ran the gamut from “hooptie” quality to low mileage time capsules.  It’s a casual celebration of these cars and their time period in history.  The goal is simply to have fun and not take things too seriously.  Most importantly, there are wide variety of good cars that are very affordable for these young people to have fun.  As one person I spoke with commented, “Why would I want to drive an expensive really old car when these Radwood era cars offer me great performance for not a lot of money?” 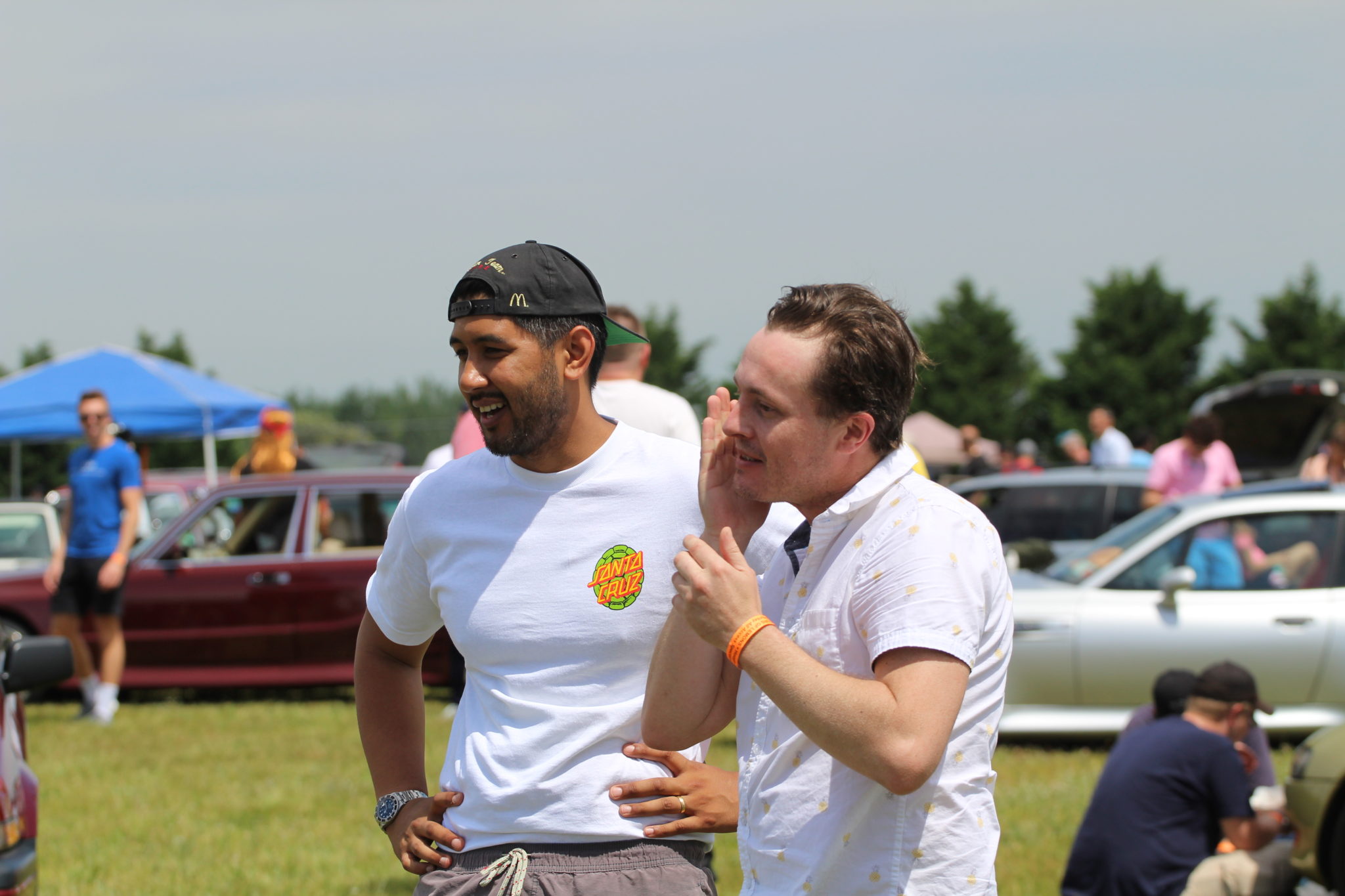 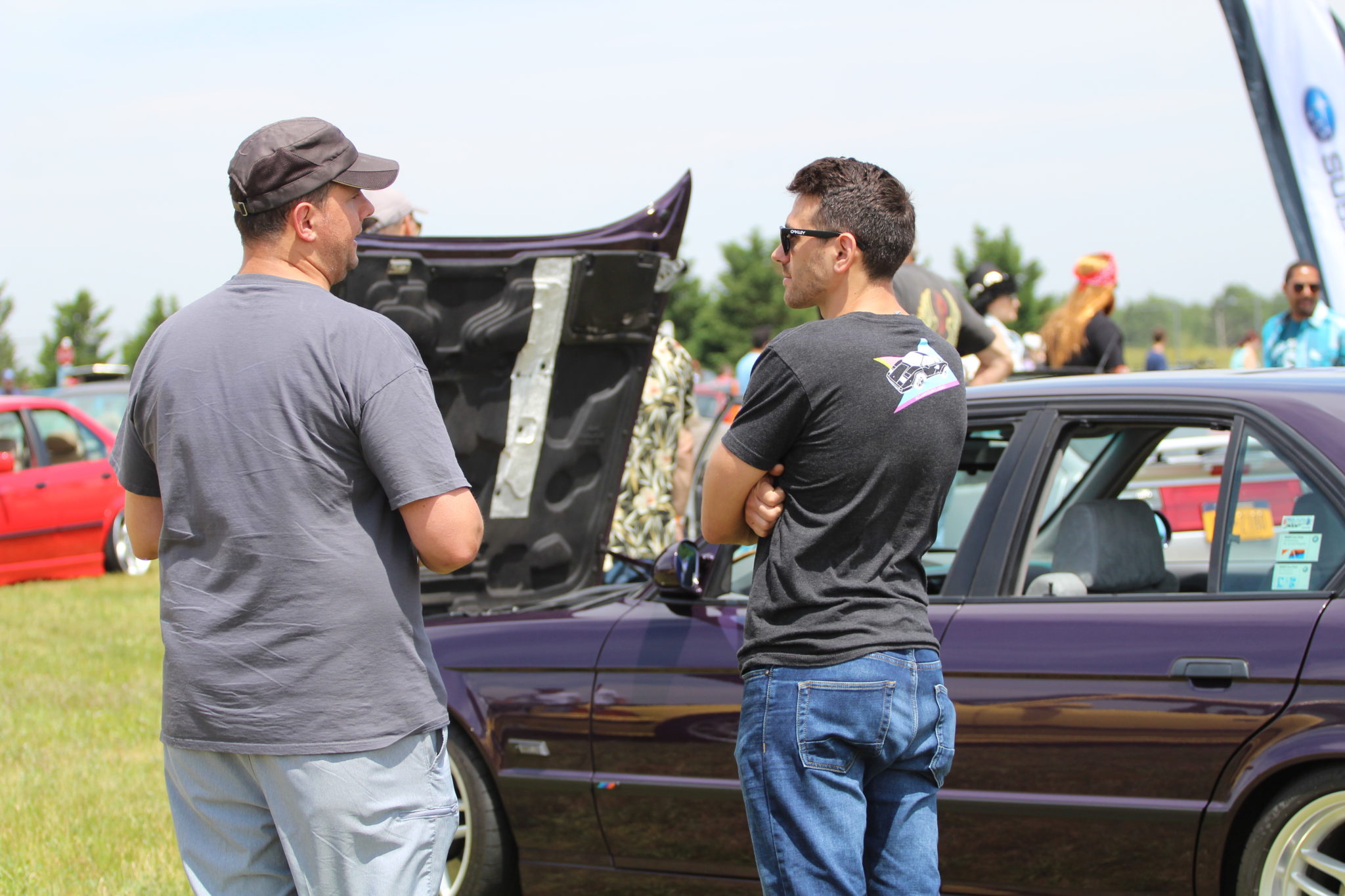 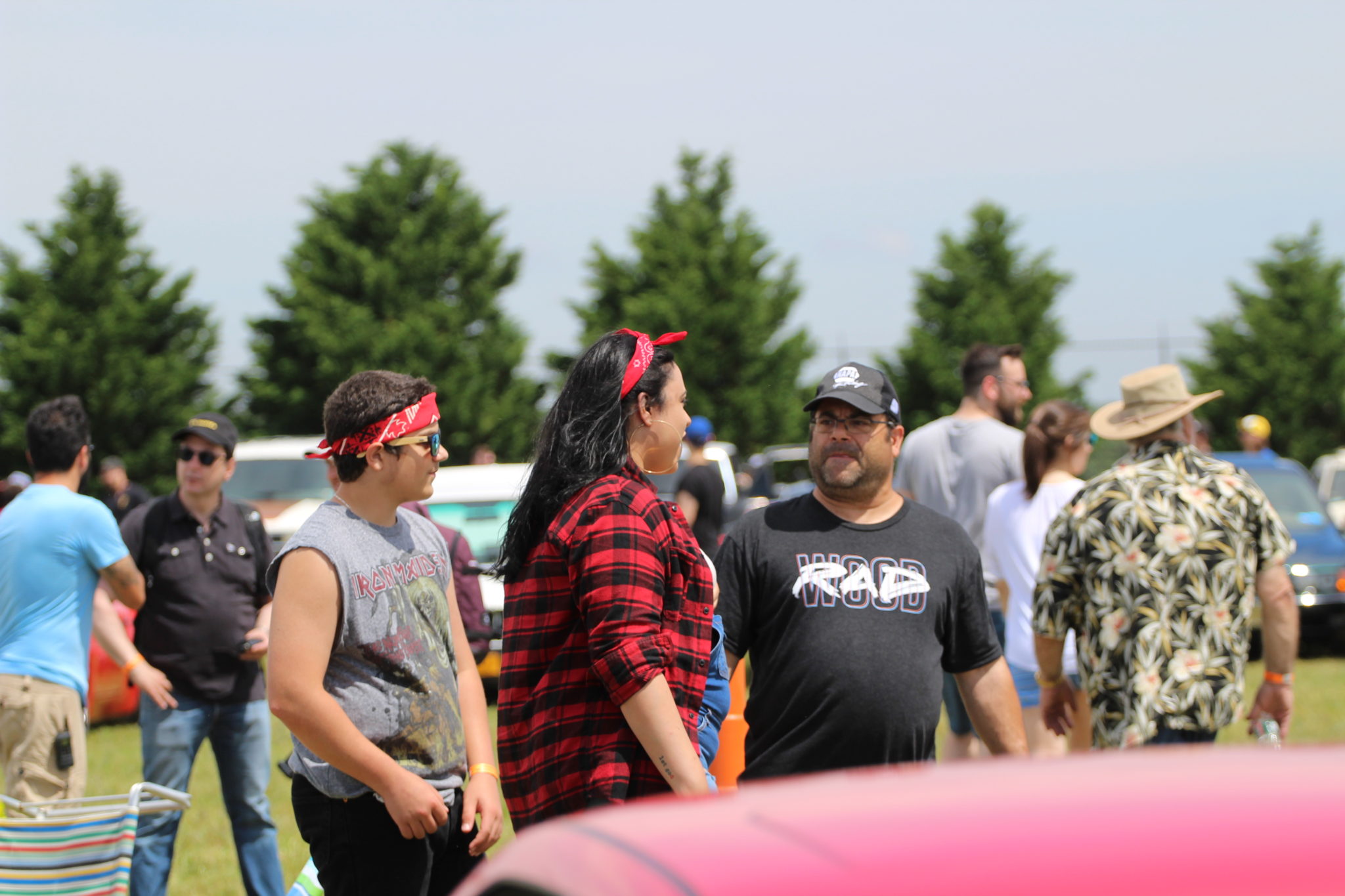 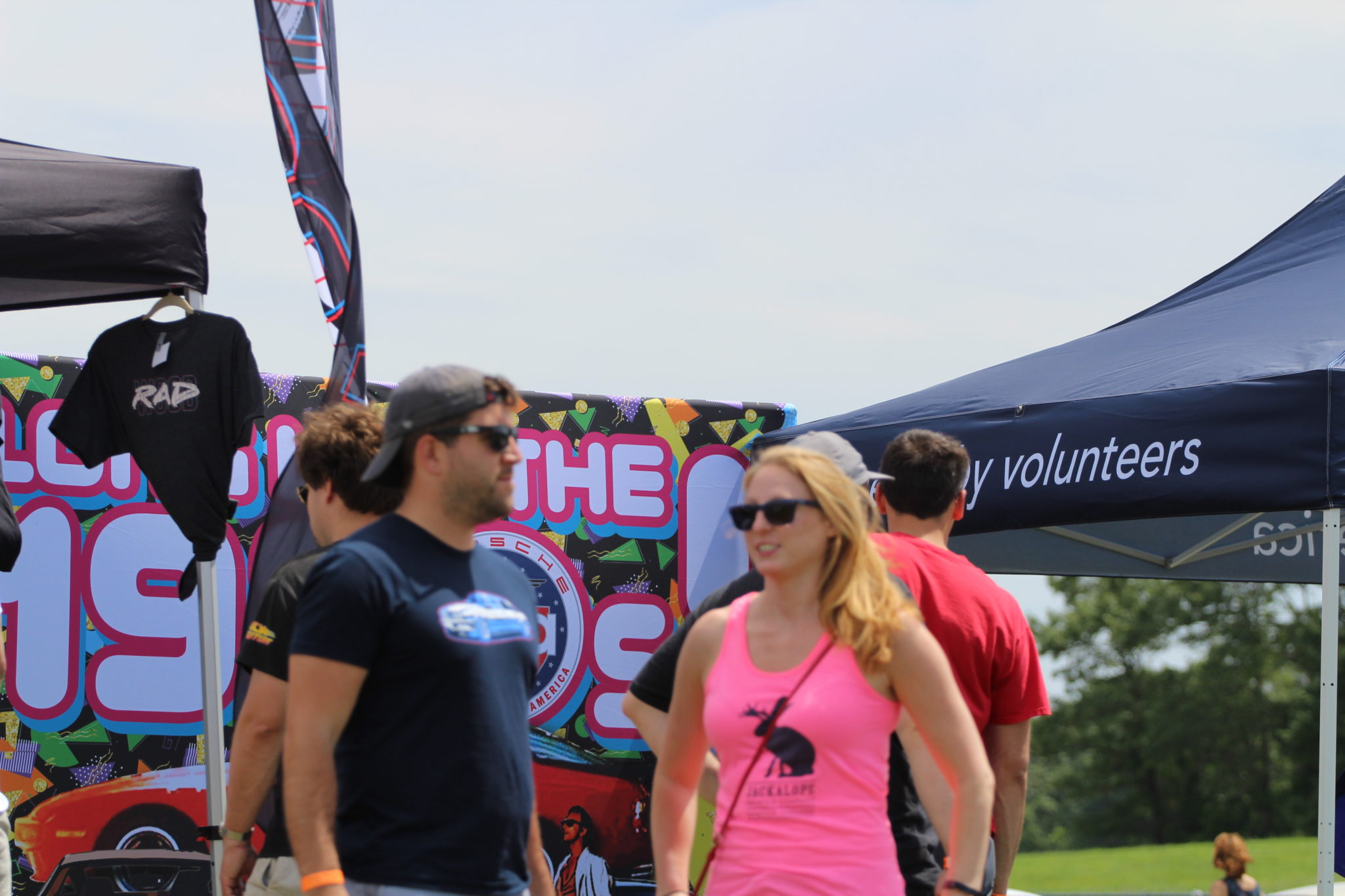 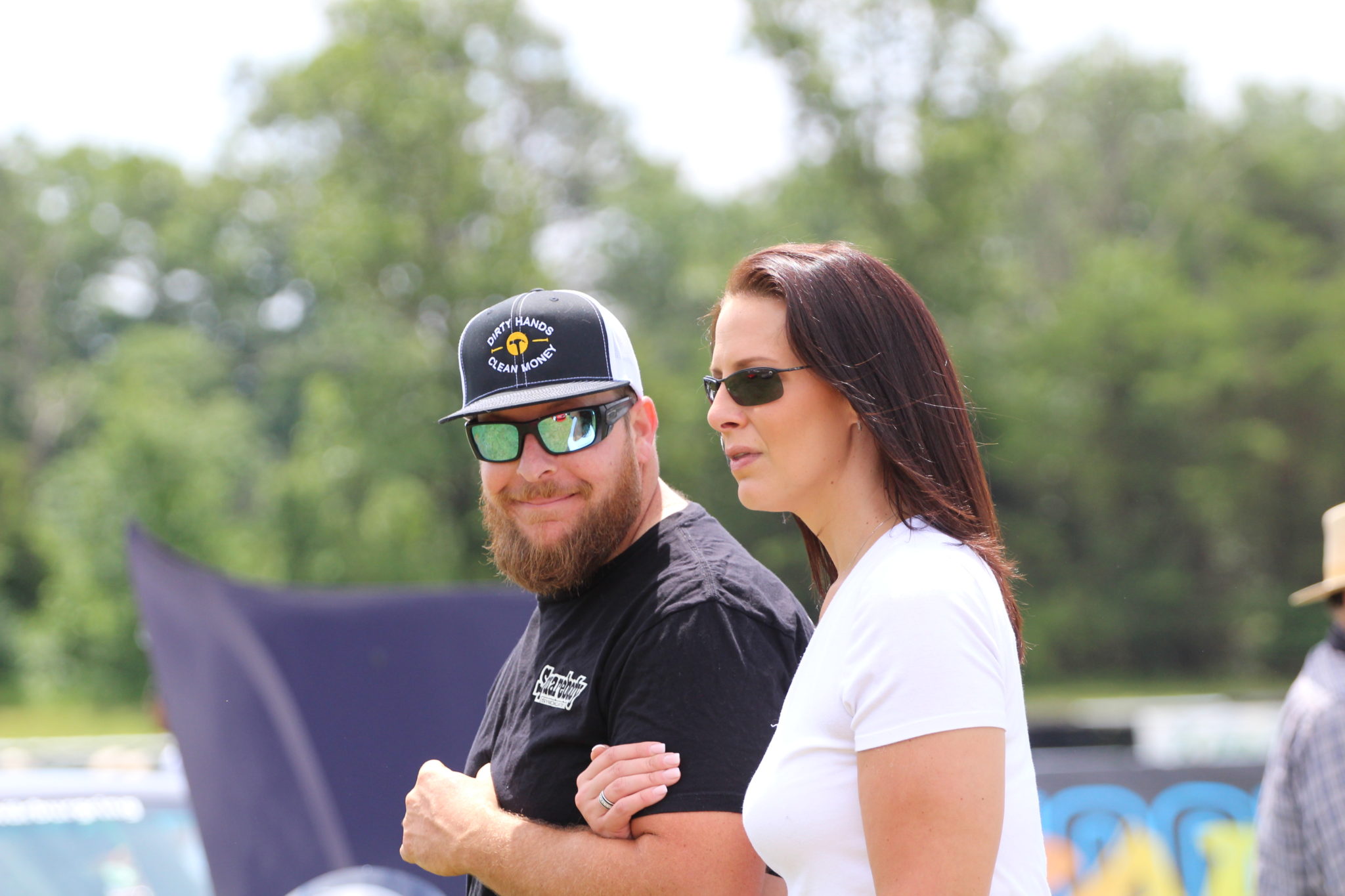 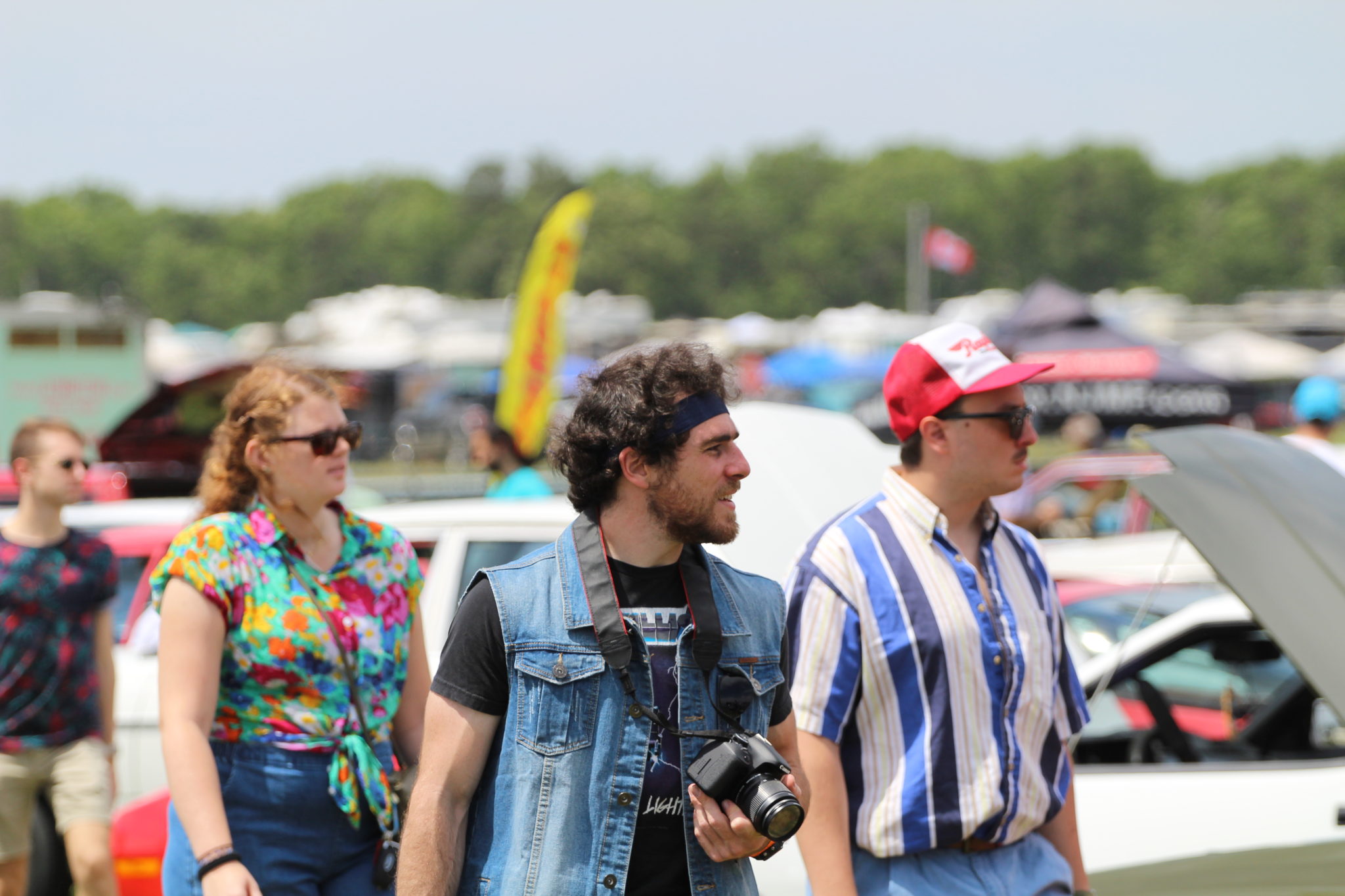 Something you often don’t see at most traditional car shows and auctions these days: Generation X’ers and Millennials showing and talking about their collector cars!

Second was the people, or rather, the age of attendees.  It quickly became obvious walking around Radwood that I was one of the oldest car enthusiasts in attendance.  With most Generation Xer’s (1965-1980) now in their 40s and Millennials (1981-1996) dealing with their mid-thirties, Radwood clearly had a much younger crowd than the traditional car shows and collector car auctions I attend.  At those events, I often hear attendees complain that younger people aren’t interested in the car hobby.  At Radwood I was pleased to see that Generation X and Millennials blow that theory right out their power side window.  However, what they define as collector cars are the ones they remember from their youth and college years.  Combine that with the fact these age groups have much more limited disposable income than Baby Boomers at the same age, and its easy to see why Radwood is on its way to changing the face of the collector car hobby over the coming years.