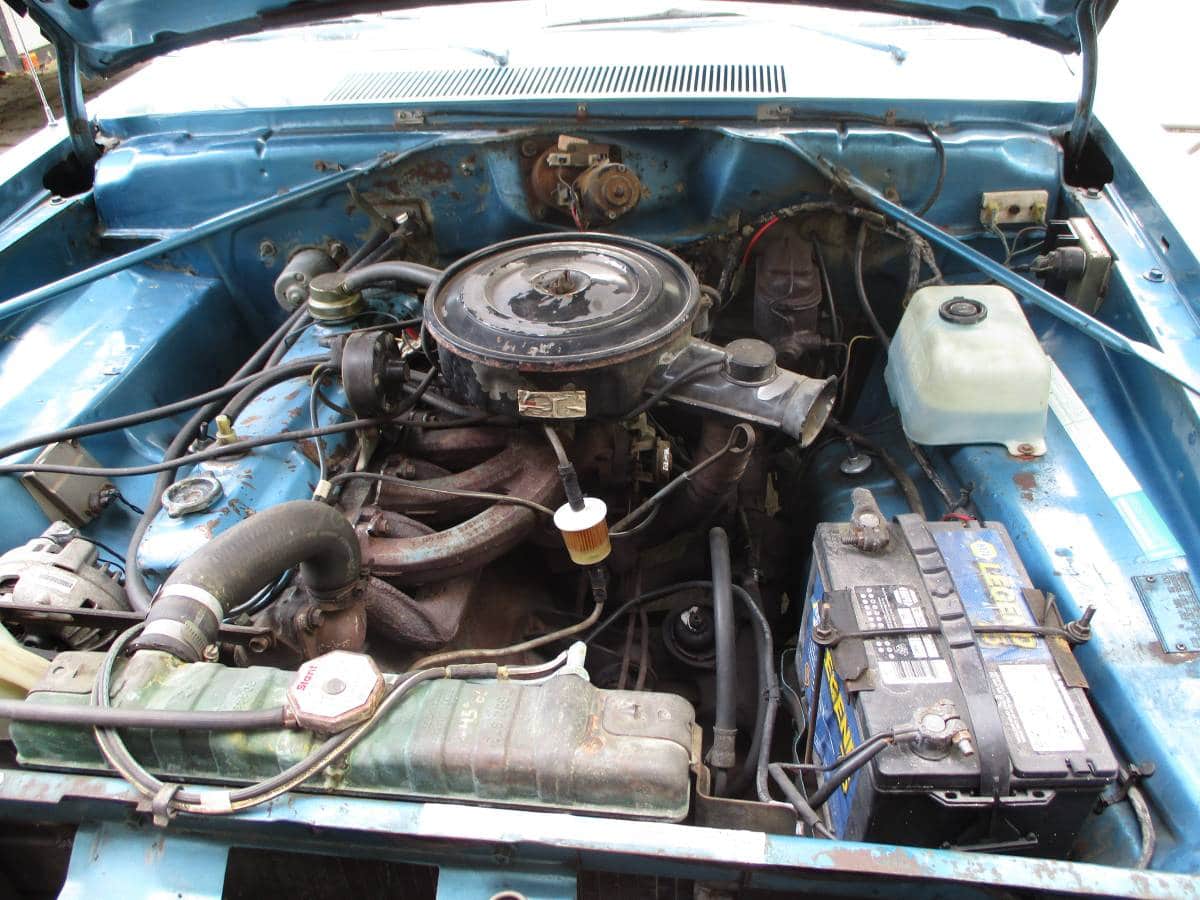 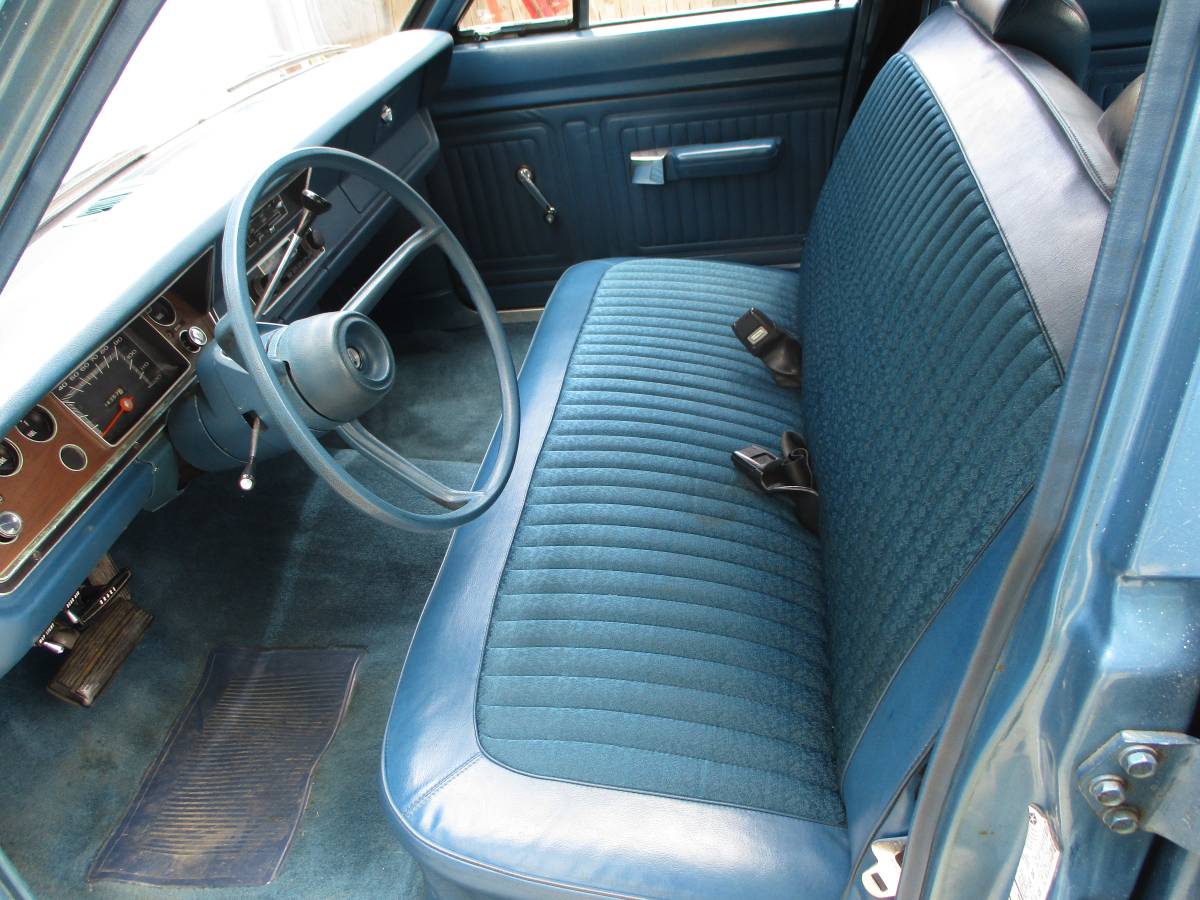 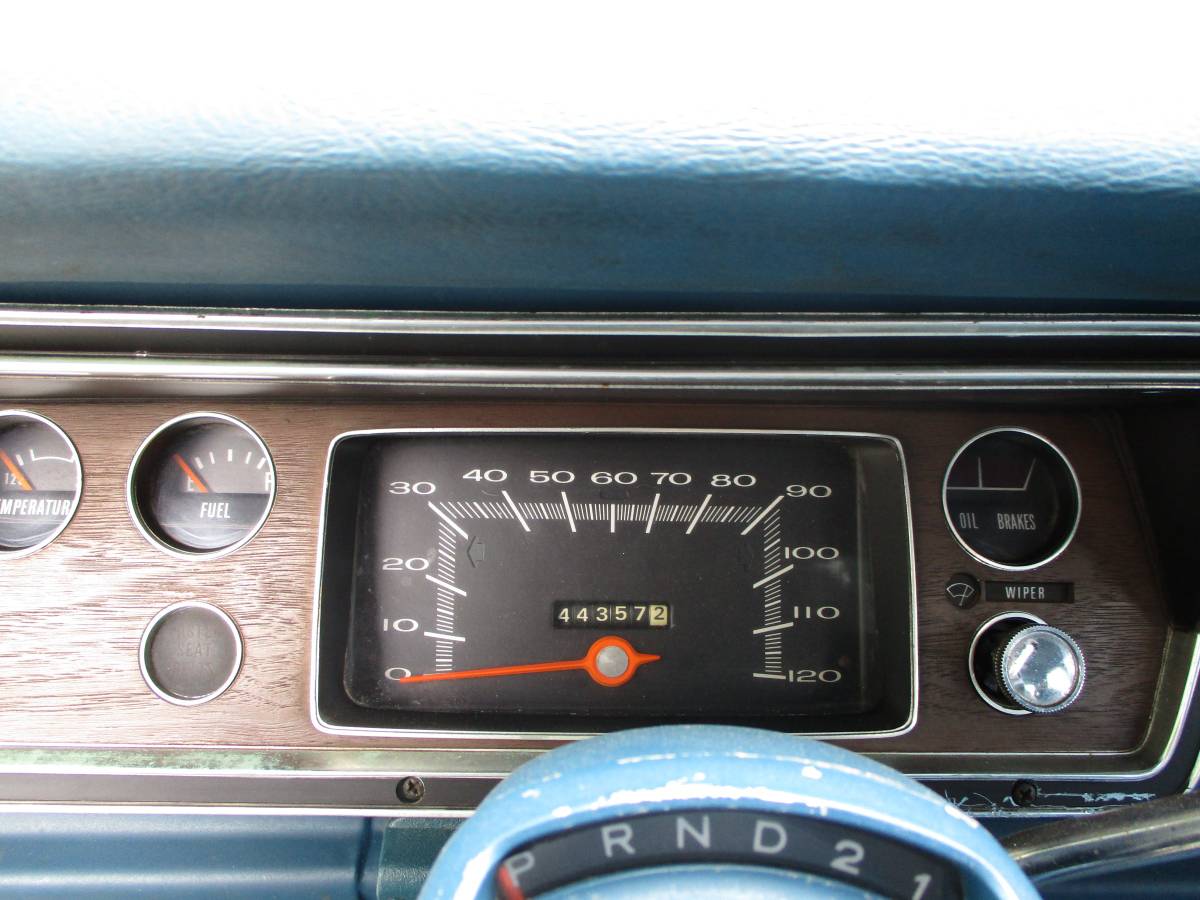 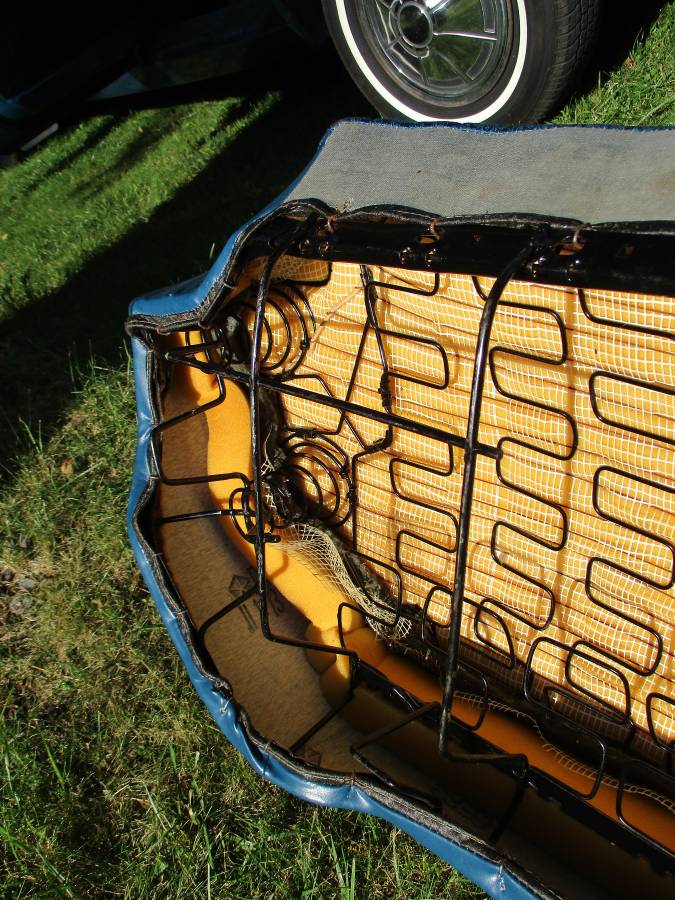 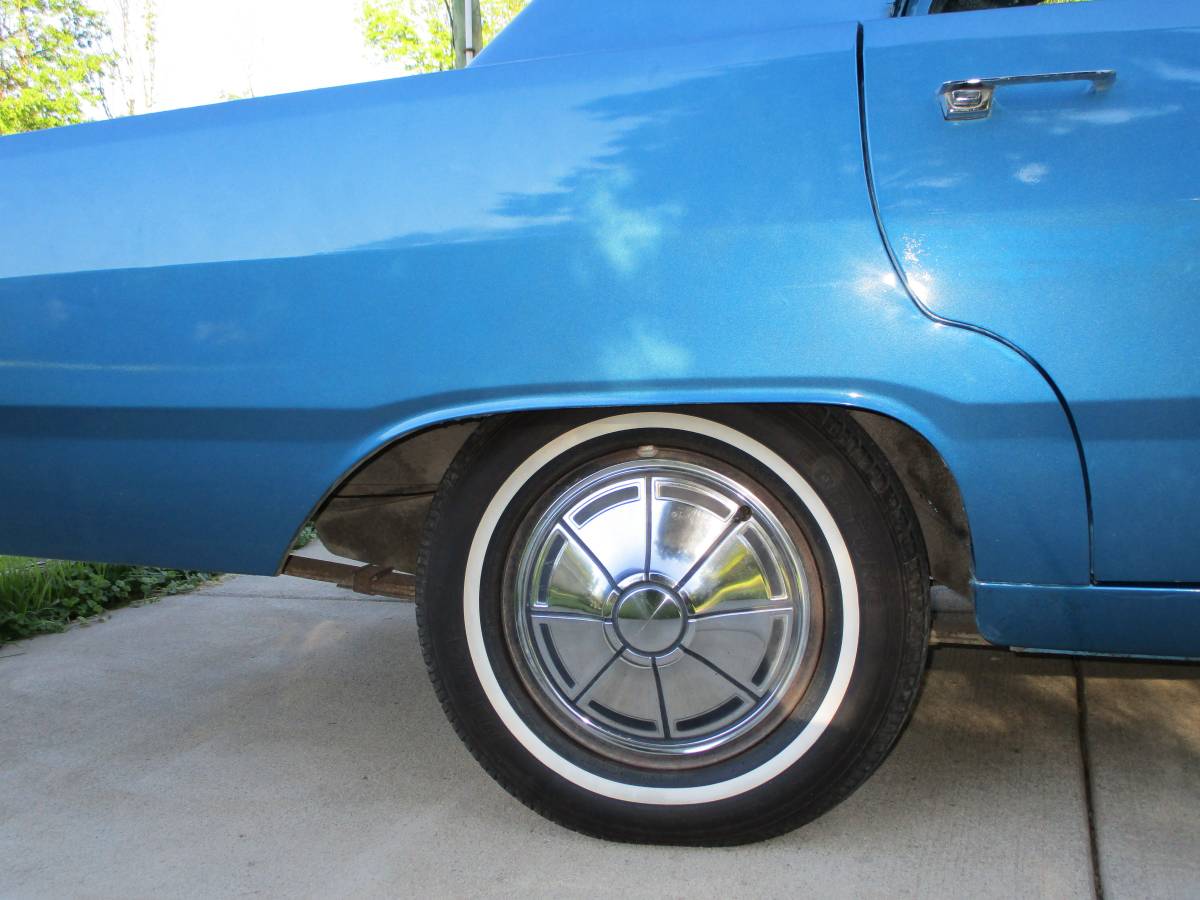 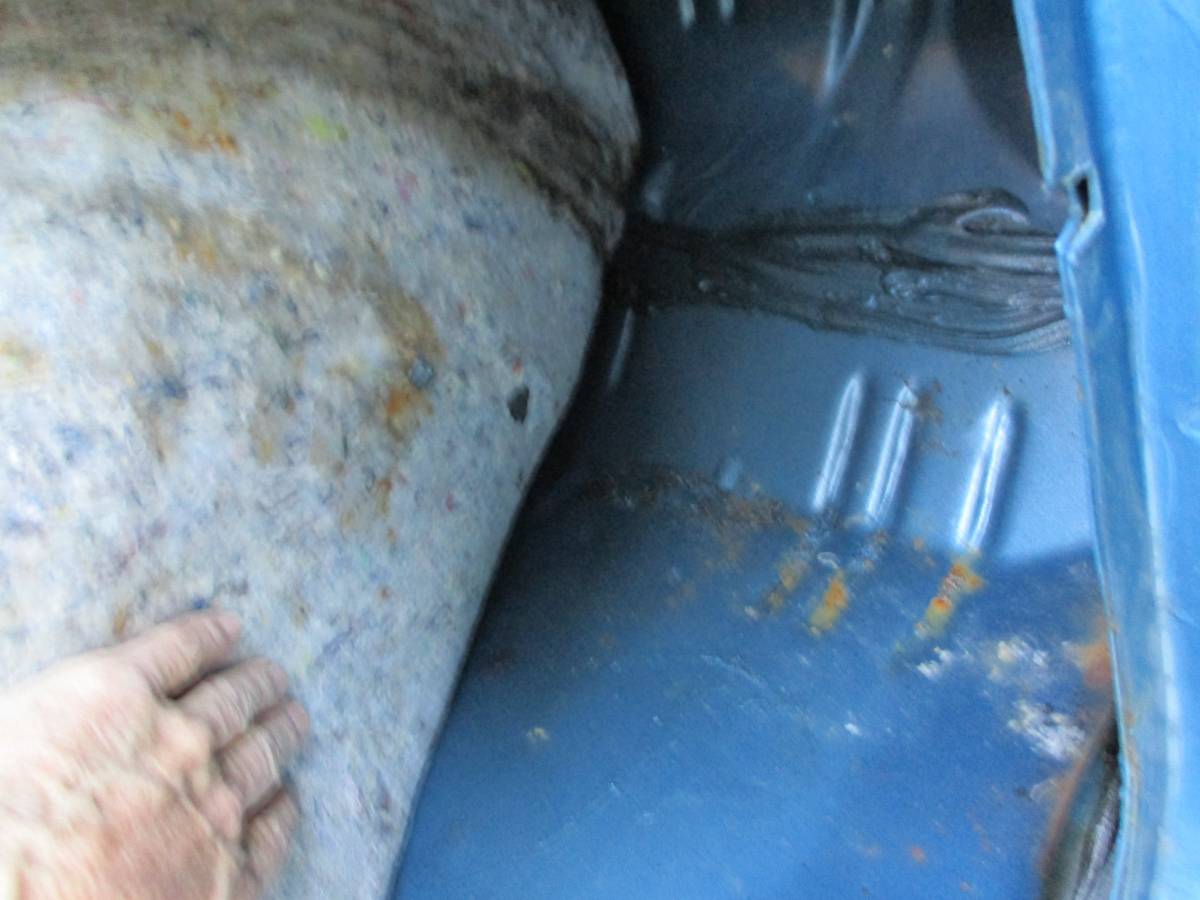 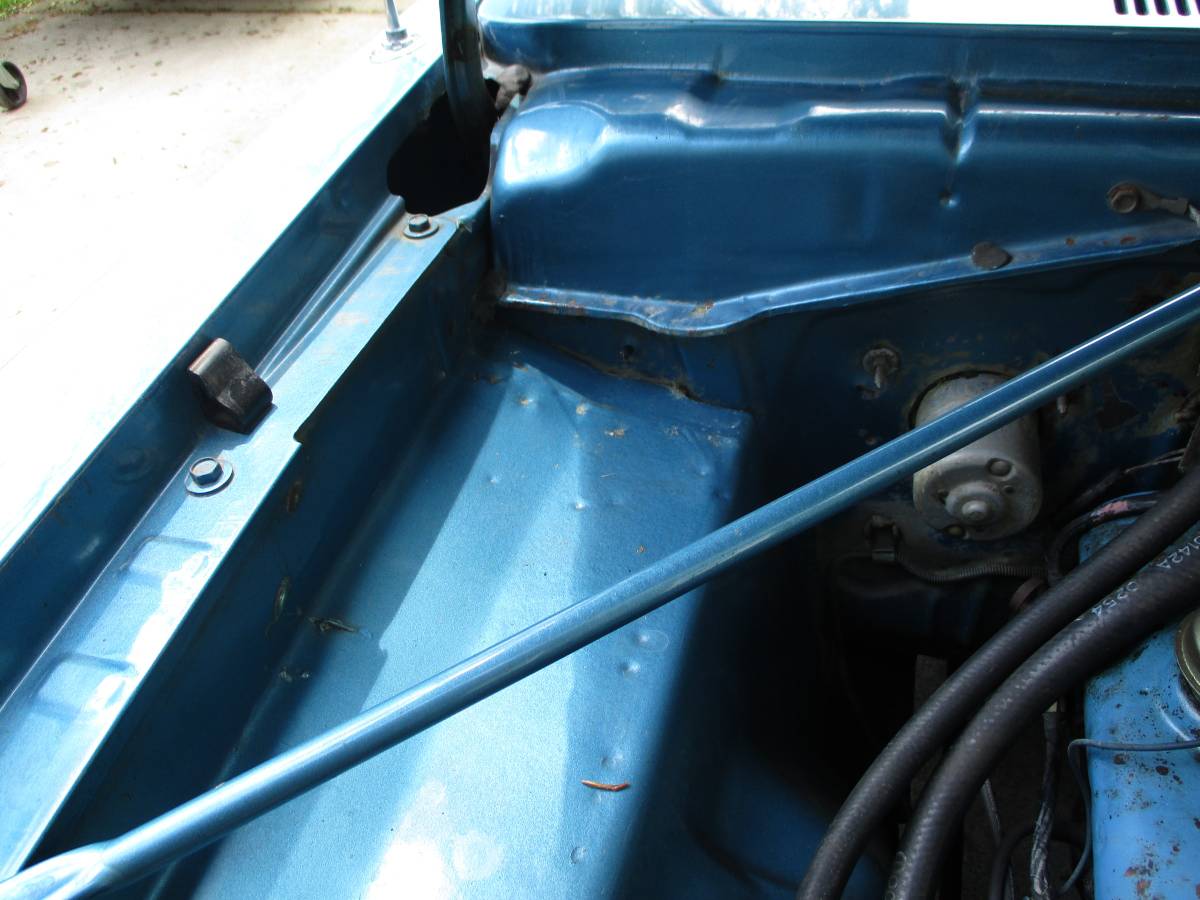 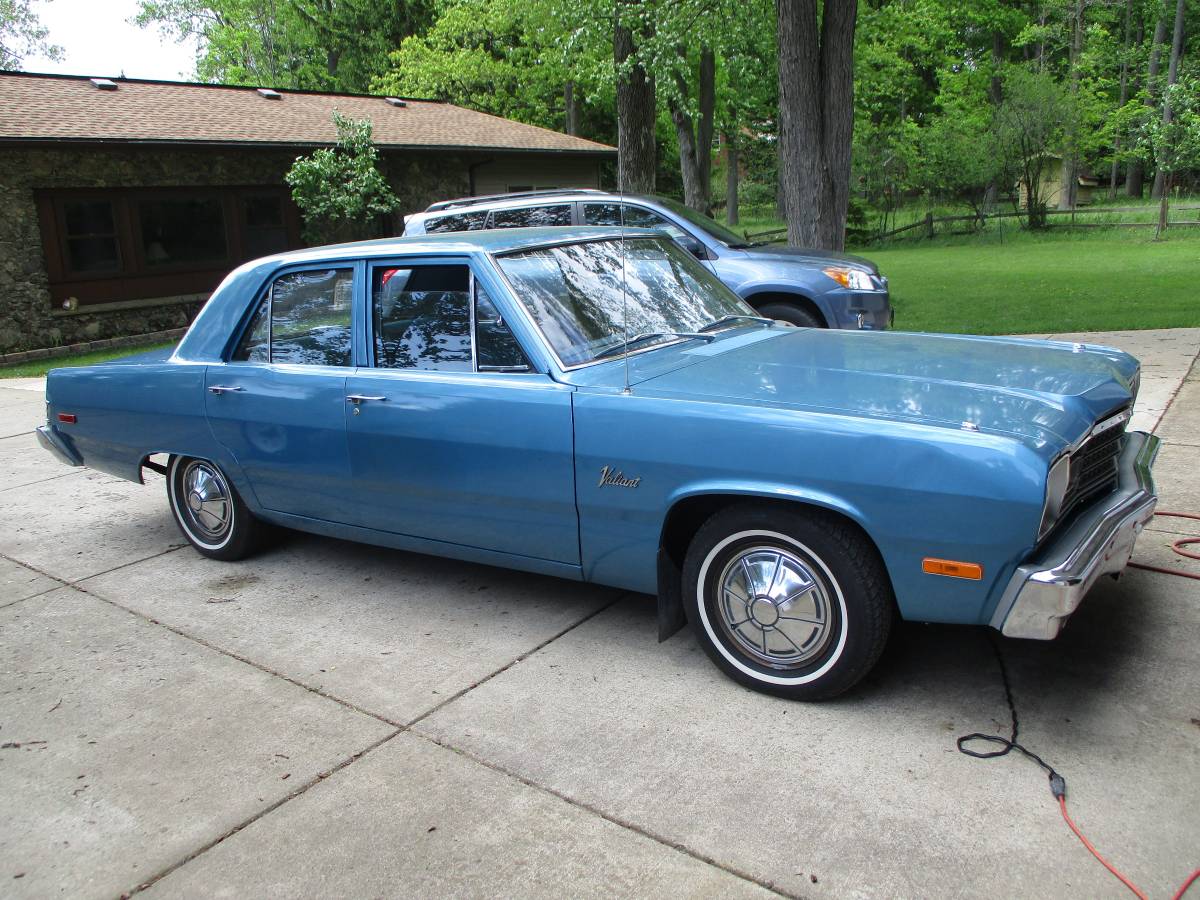 Growing up in Buffalo, NY the holy grail when looking for a used car locally are the words “No Winters” as that’s a clue the vehicle in question was never exposed to the unlimited volumes of road salt used every time it snows.  With only 44K original miles and what appears to be a rust-free body, this unassuming 1974 Plymouth Valiant four-door just listed Sunday here on Craigslist in West Seneca, New York (Buffalo) backs up the claim the original owner drove Jeeps during the winter months.  The current caretaker’s firm asking price of $4,000 is $500 less than the Hagerty Insurance Online Valuation Tool’s current #3 “Good” estimate of $4,500.  If you are serious about buying this Valiant, you can start the conversation by emailing the seller your phone number so that he can contact you.  Please remember to mention you saw his Valiant listing featured here on GuysWithRides.com.

Excerpt on the 1974 Valiant from the Hagerty Insurance Online Valuation Tool:

“The third-generation Plymouth Valiant was uniquely positioned to capitalize both on the muscle car craze as well as the early 1970s gas crisis, and enjoyed a wildly successful sales run. By 1974, tightening Federal regulations on both safety and emissions, as well as the buying public’s more towards ever smaller and more fuel efficient cars started to spell the end of the Valiant and Duster line.

Large, energy-absorbing bumpers changed the sheet metal at both end of the Valiant lineup in 1974, and creeping emissions restrictions meant that the 340 Duster became the 360 Duster, with floor shift controls. The Valiant sedan now shared the 111-inch wheelbase of the Scamp and Dodge Dart, and the fancy Brougham line was added with luxury touches. The Valiant group was still a sales success, accounting for nearly 500,000 units in 1974.”

With a simple design and the virtually bullet-proof slant six power train, this Valiant represents a very affordable way to get into the old car hobby.  Most of these Valiants exposed to the harsh northeast winters rusted away long, so its refreshing to come across one with such low miles and in original condition.  Good luck with the purchase!

“Up for sale is my 1974 Plymouth Valiant 4 door. This is a survivor car with only 44K original miles. It has a near mint interior and no rust. Automatic transmission, power steering and an AM radio are the only options. It’s a 225 slant 6. The original owner drove Jeeps during the winter months according to her nephew. As a Mopar enthusiast, I have appreciated the originality of this car but it’s time to find another like minded person to be a caretaker for it. I’ve put a whopping 400 miles on it since last year’s inspection. I insure it for $163 a year with an agreed value of $6K. I’m asking $4K firm. Email with a number to text if interested.”