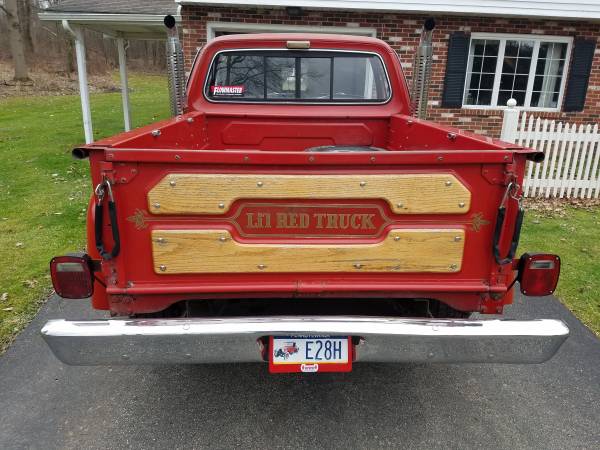 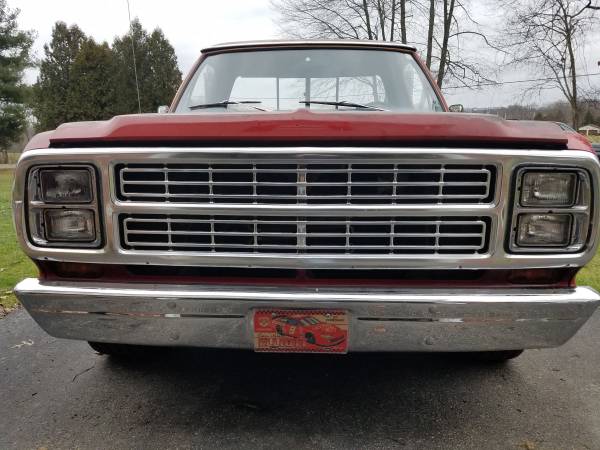 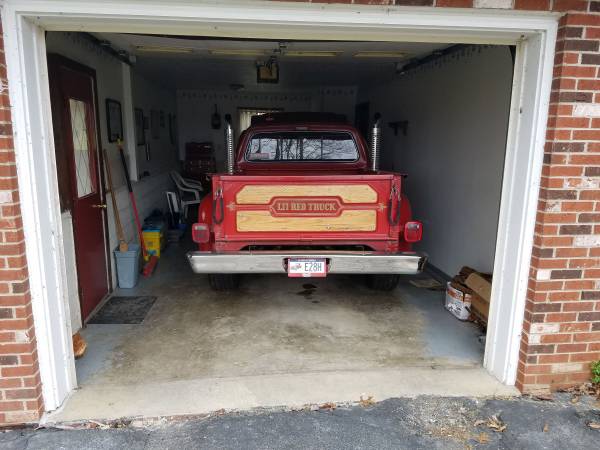 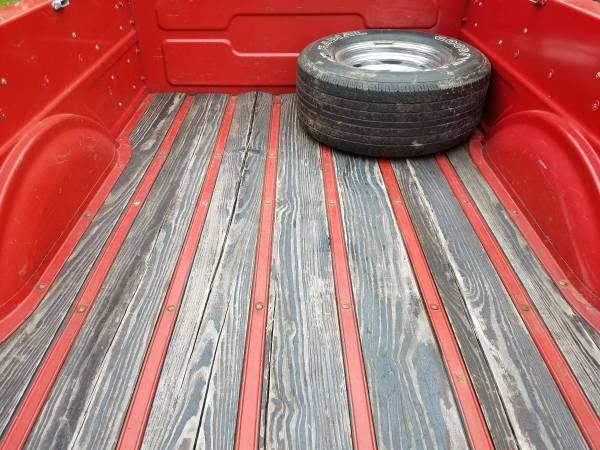 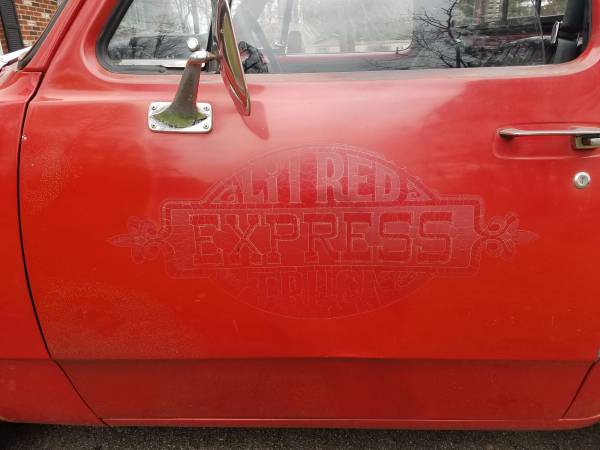 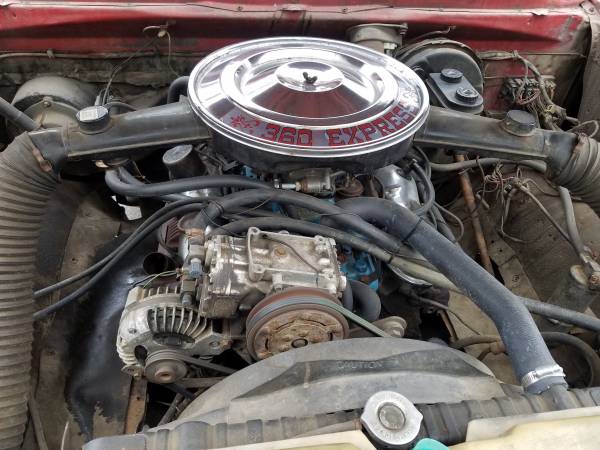 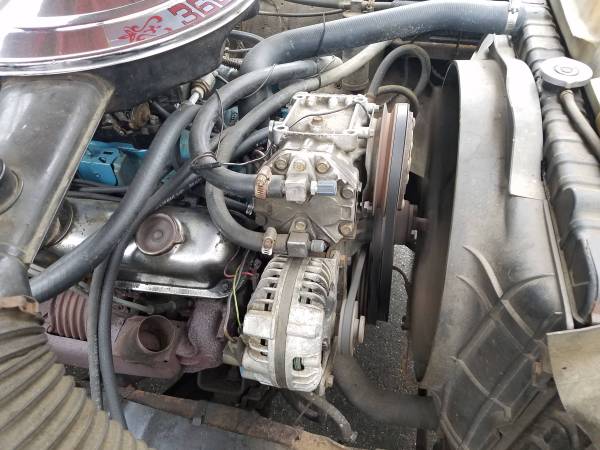 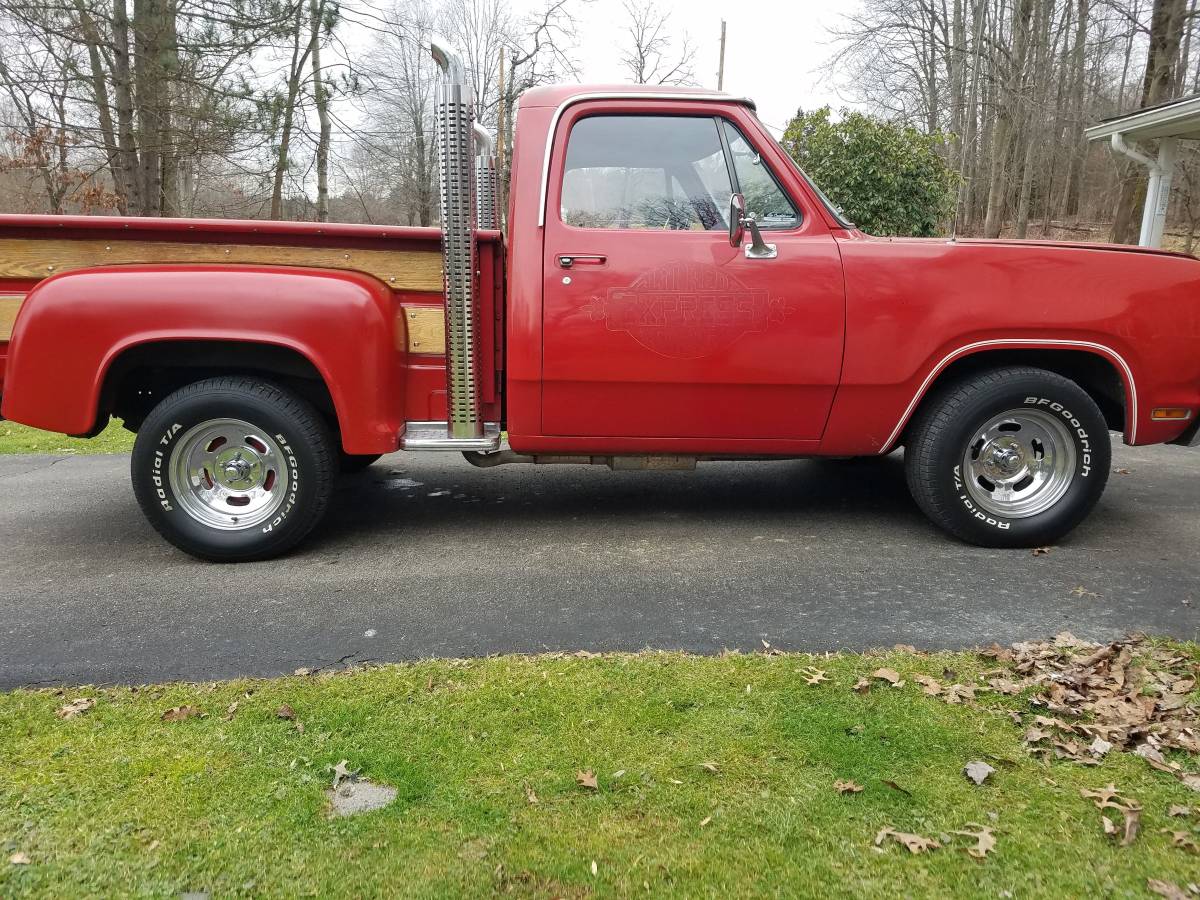 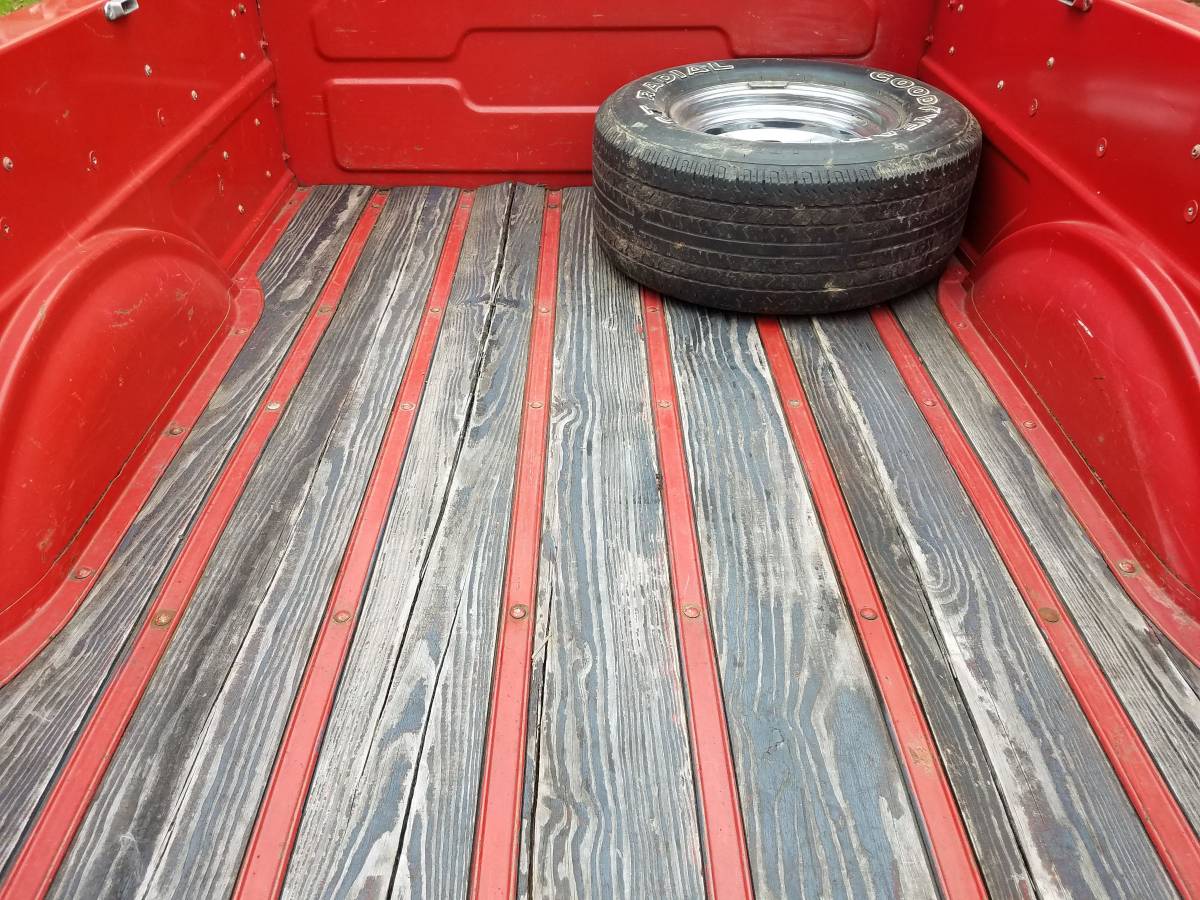 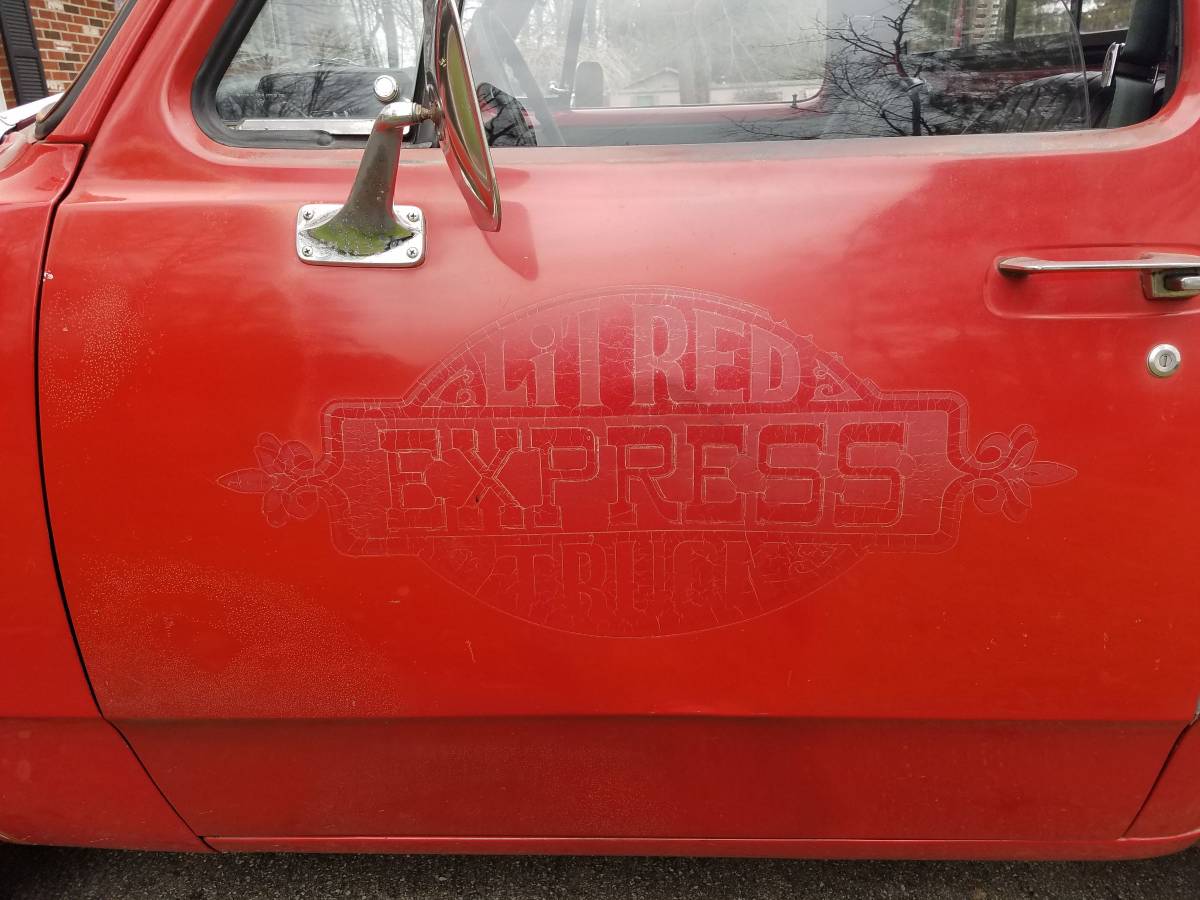 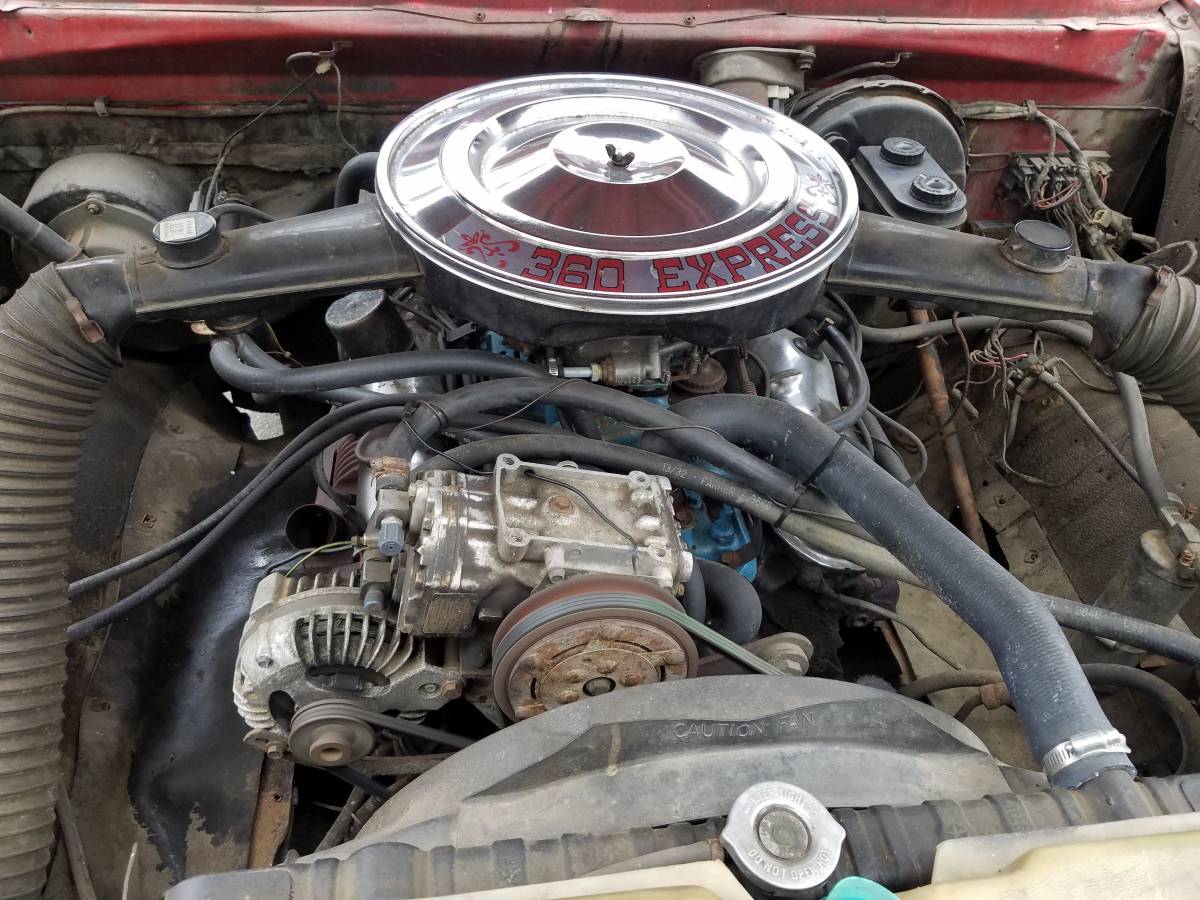 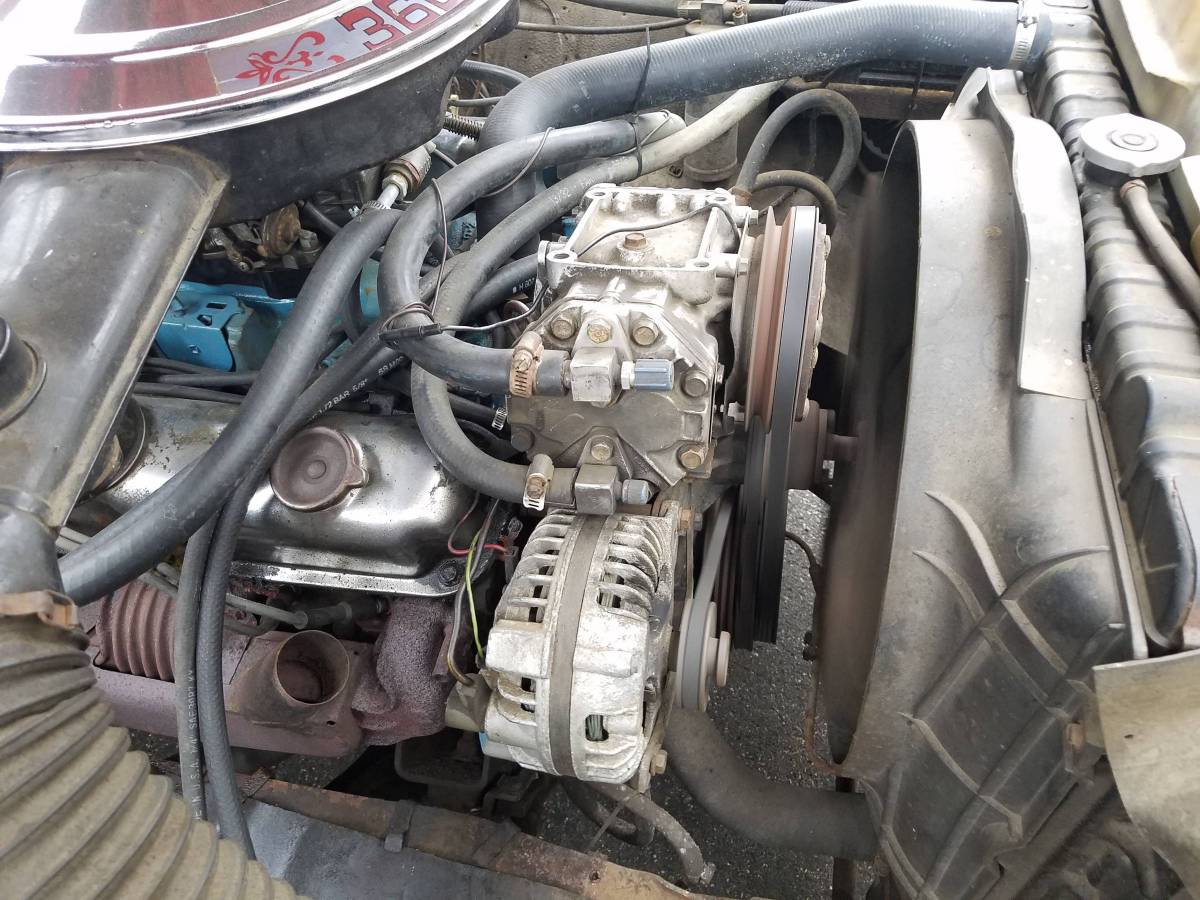 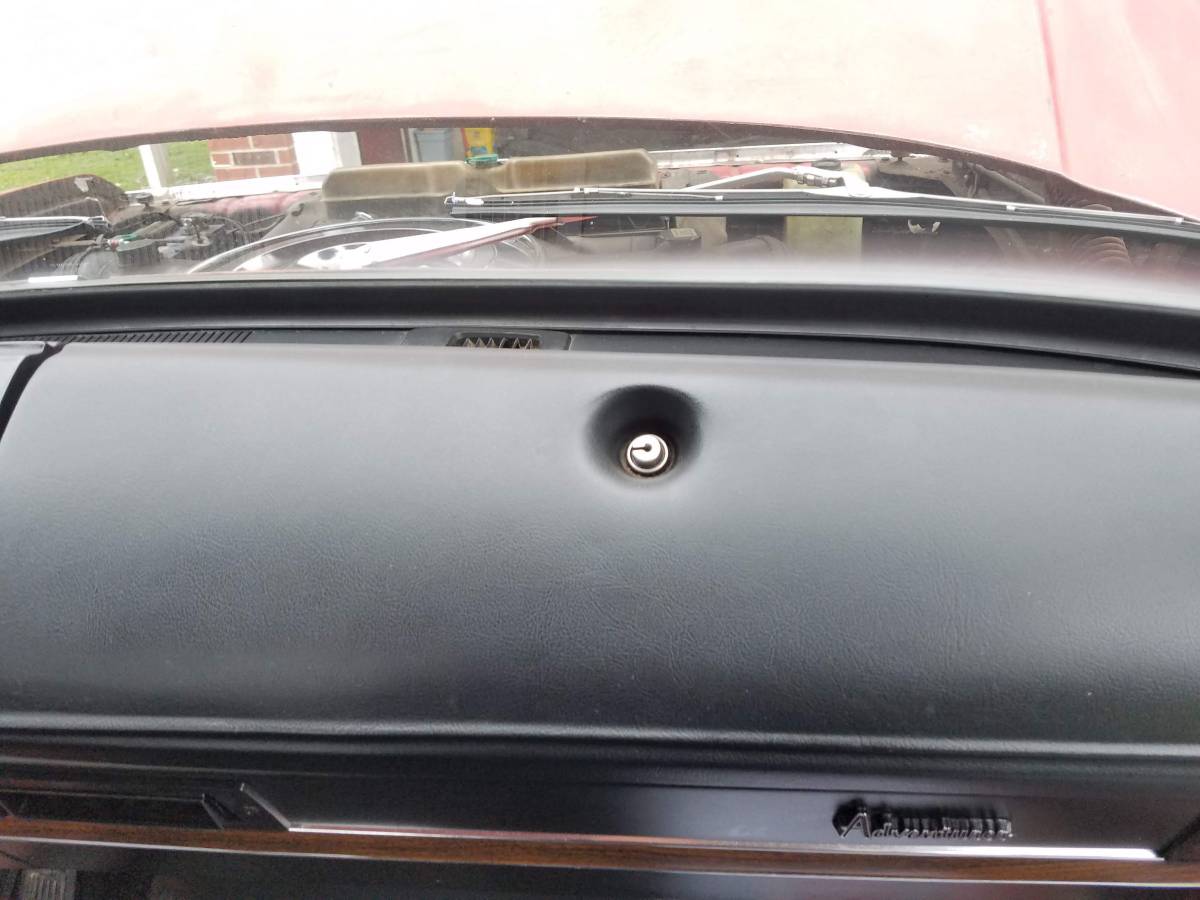 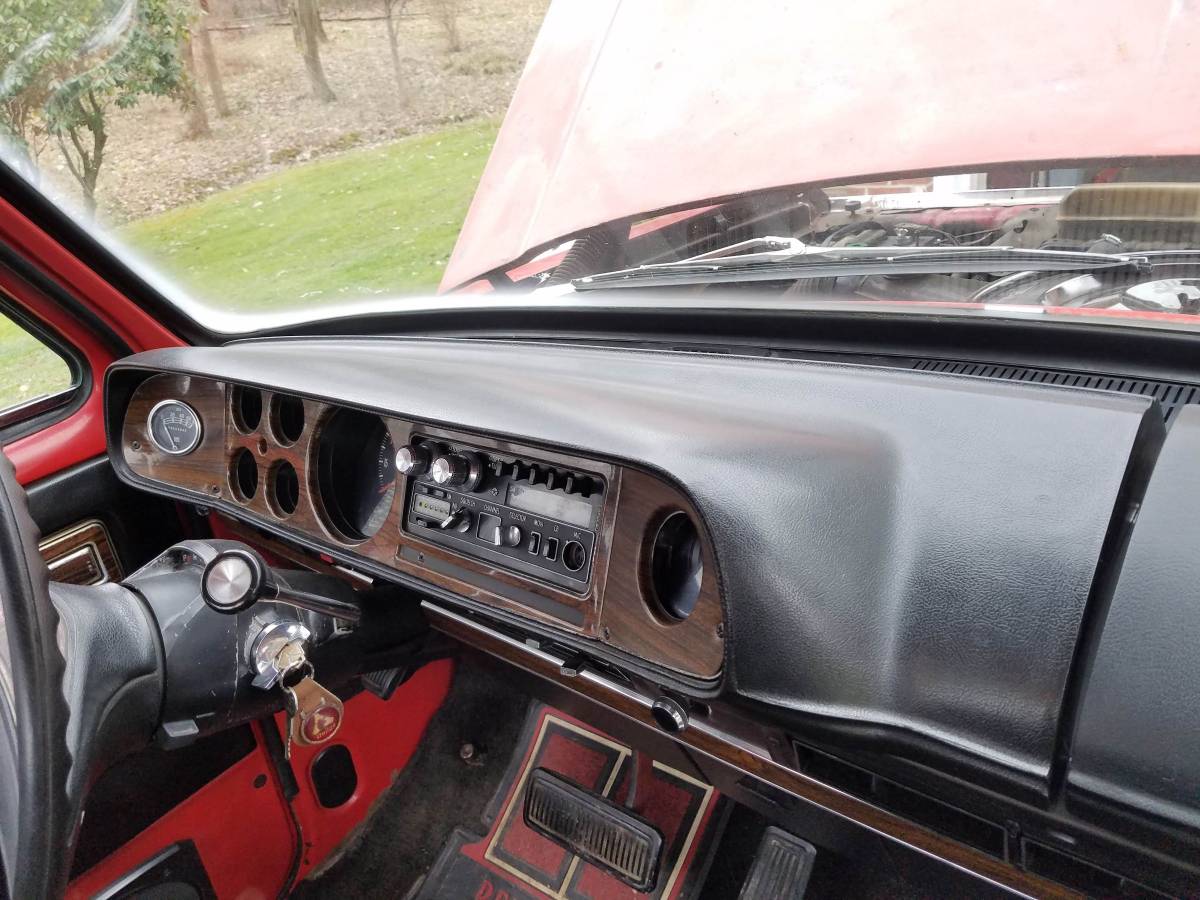 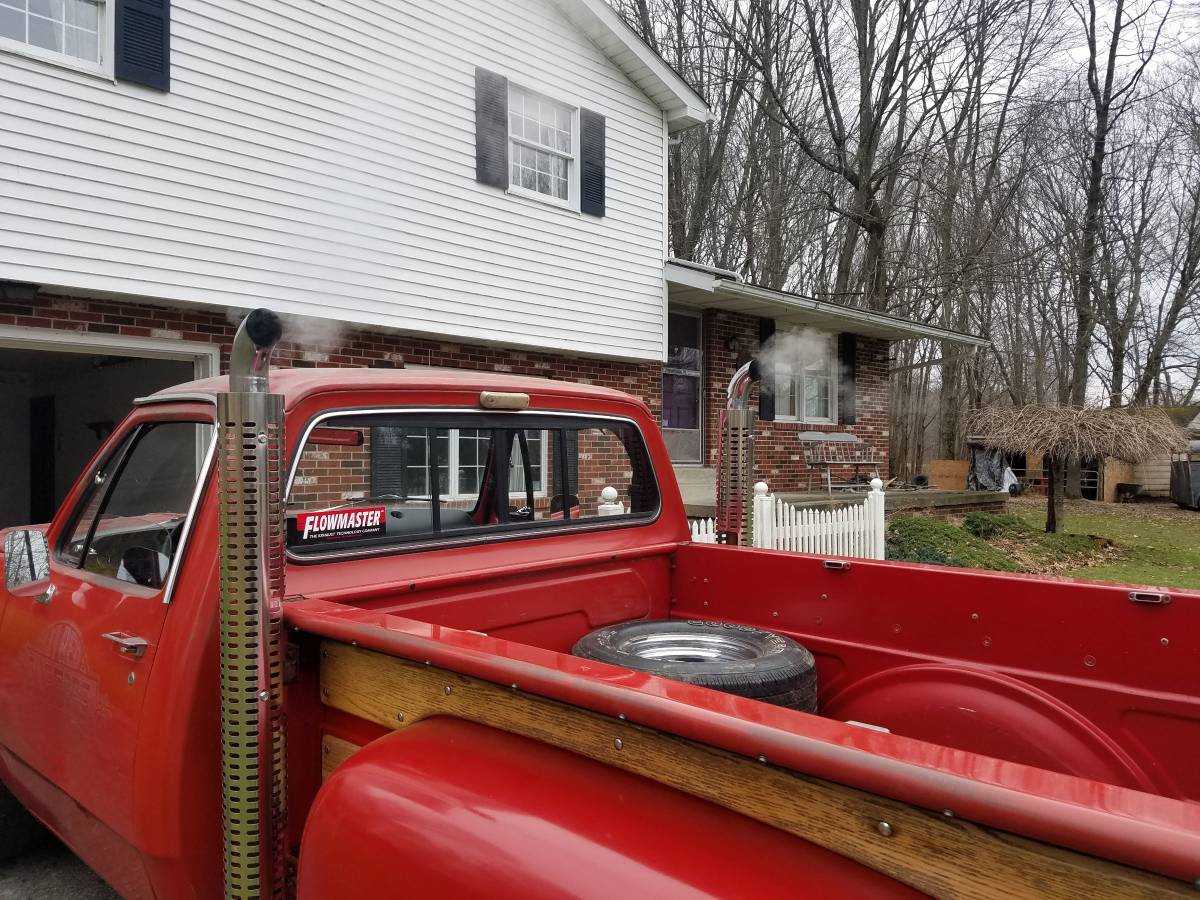 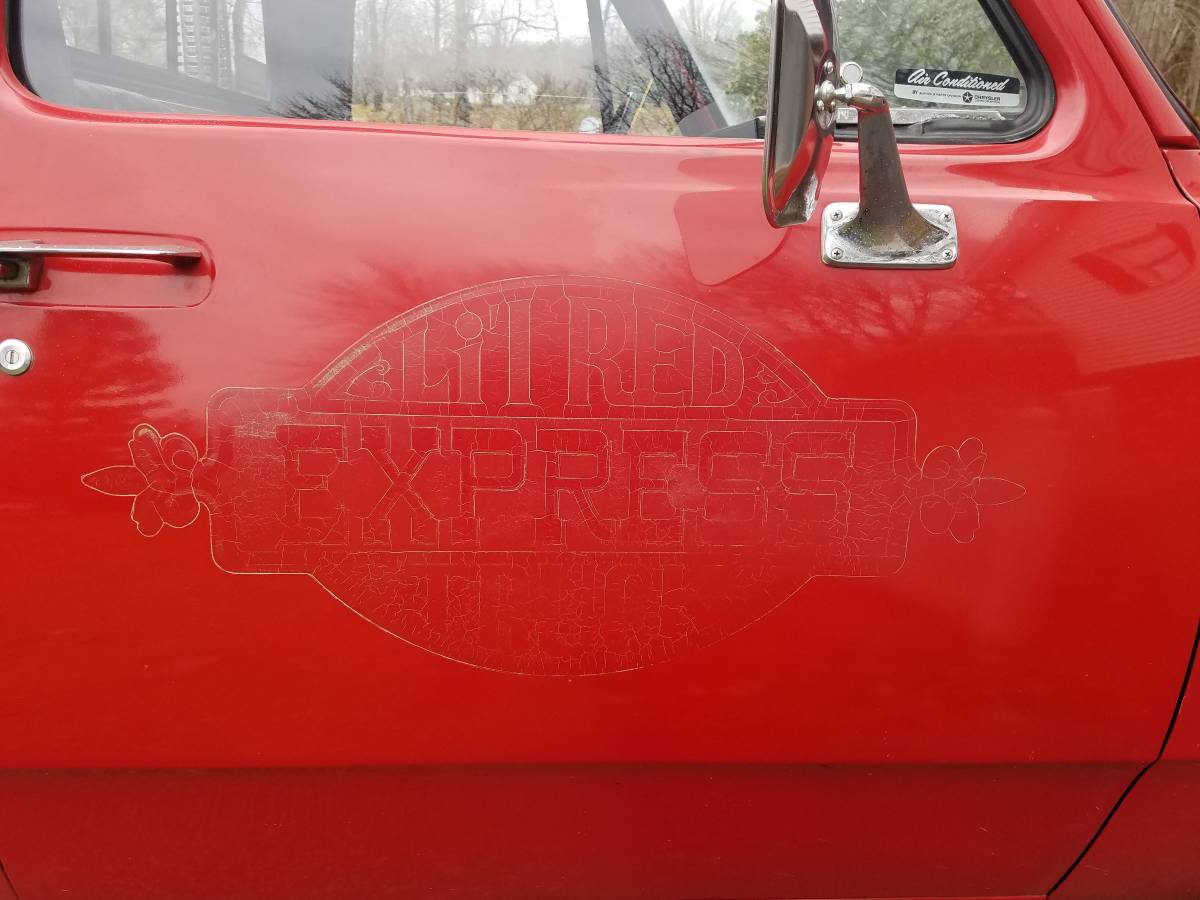 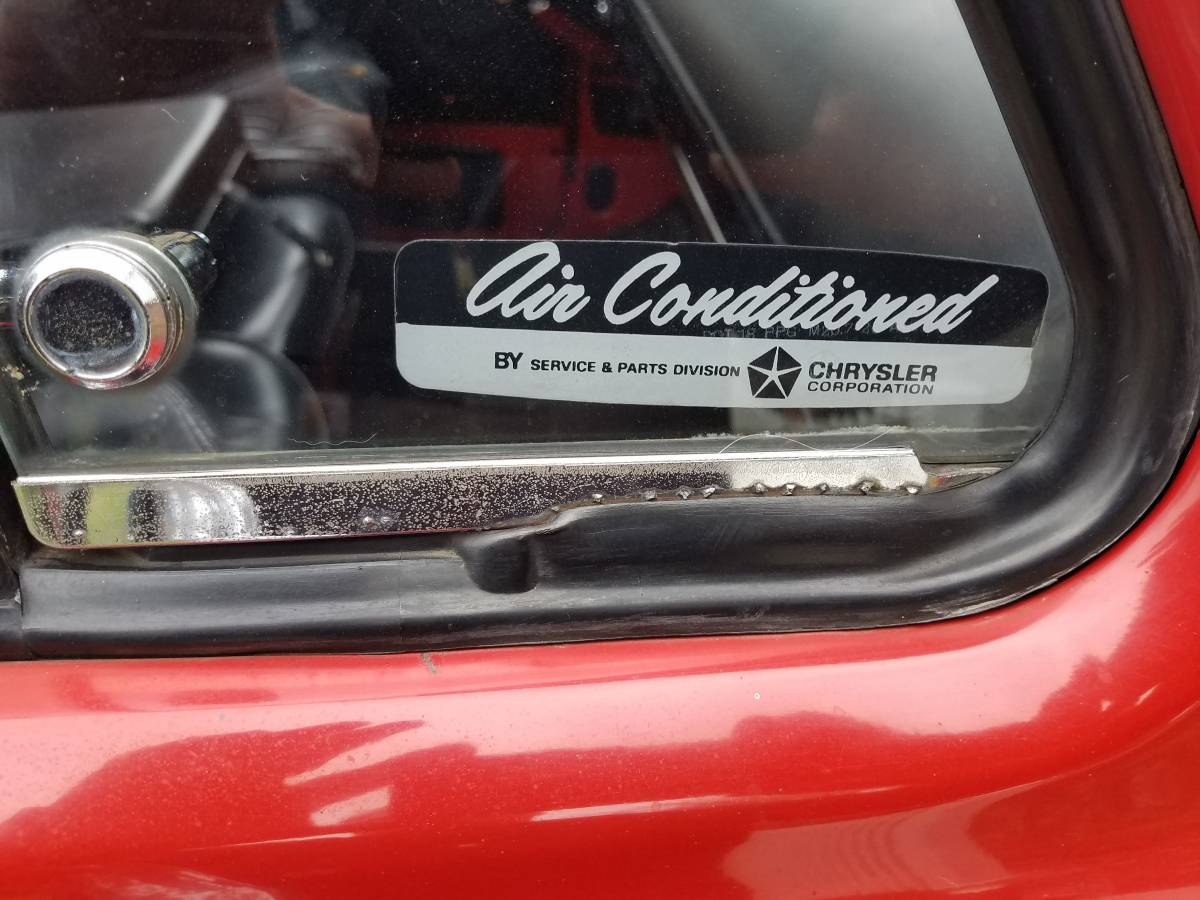 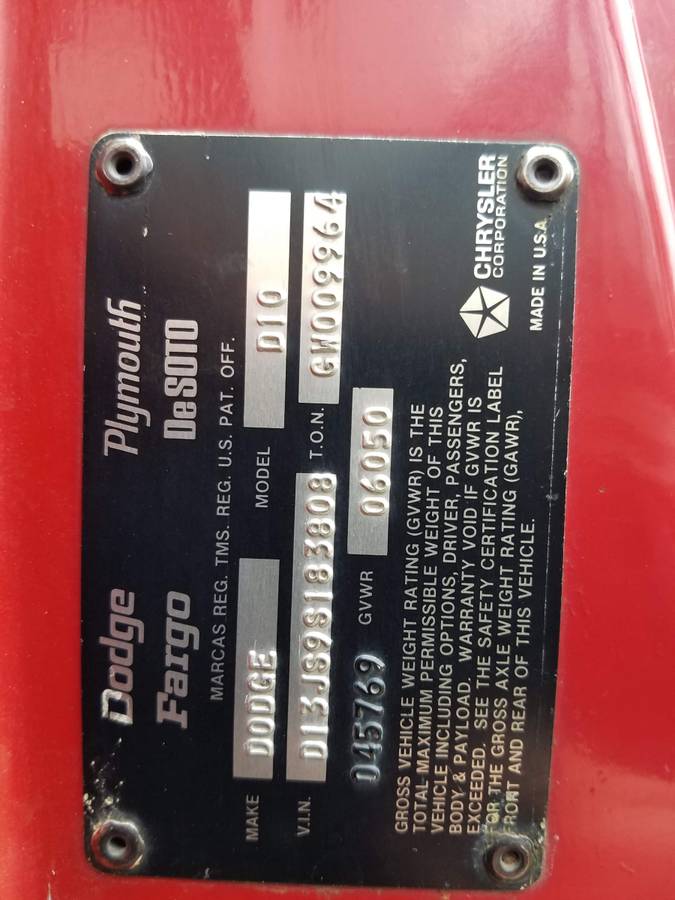 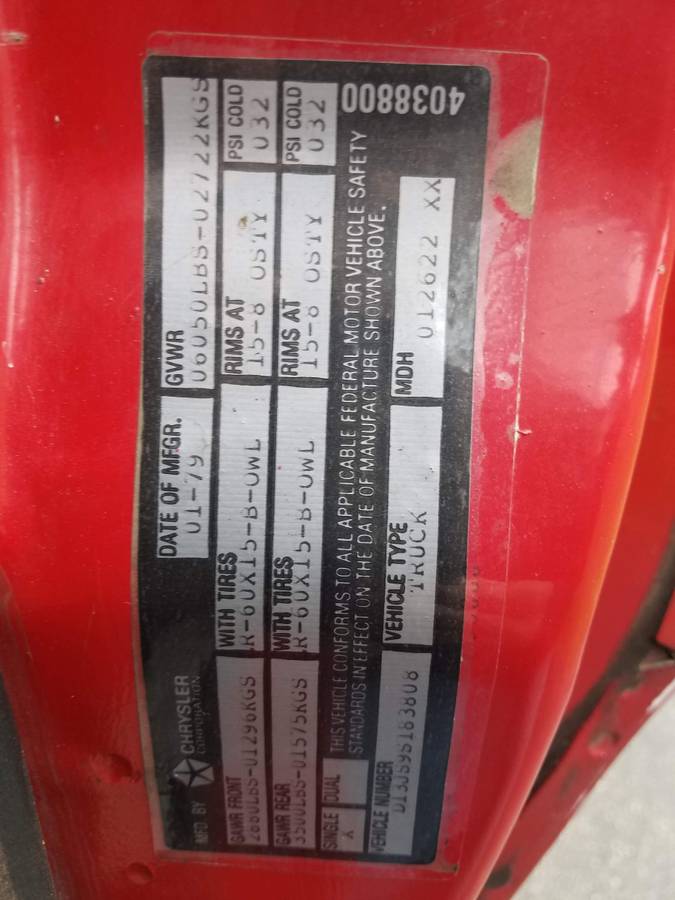 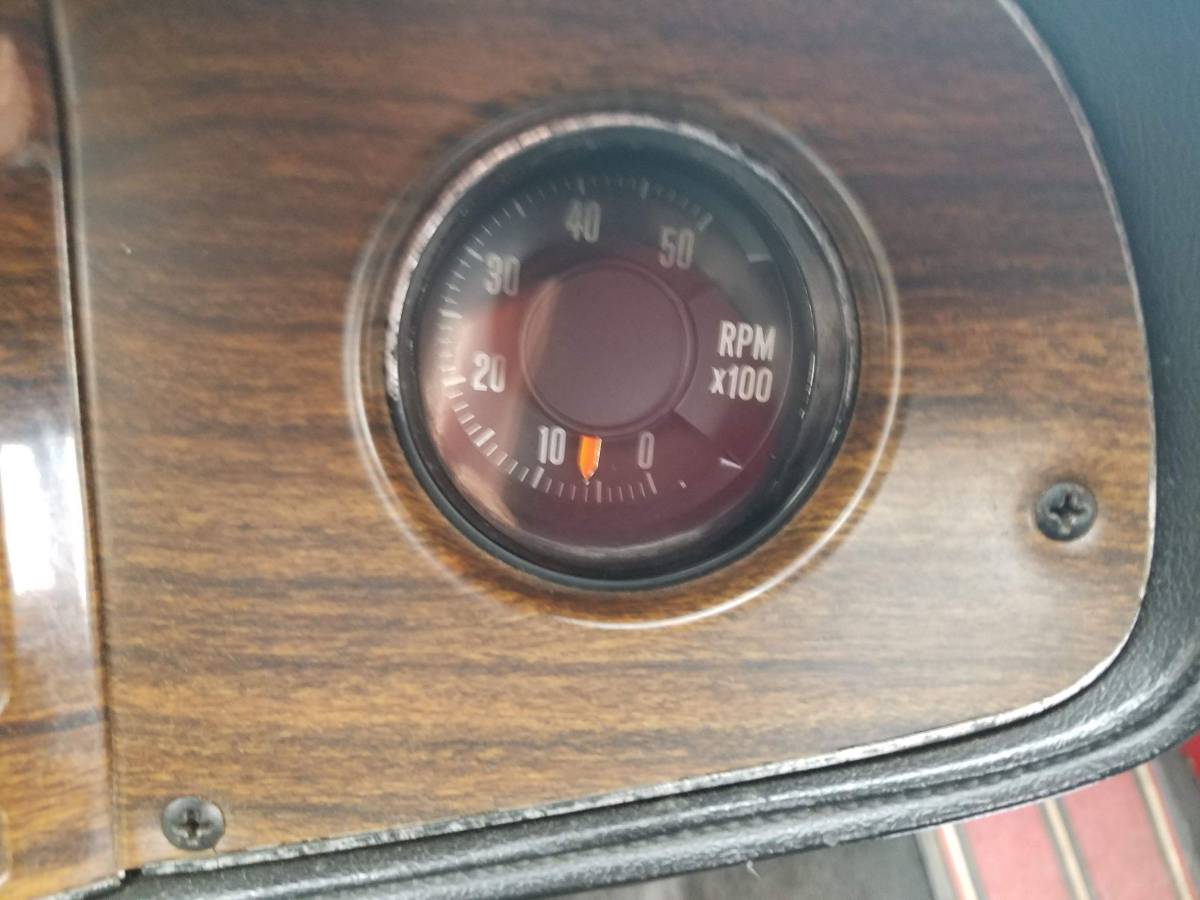 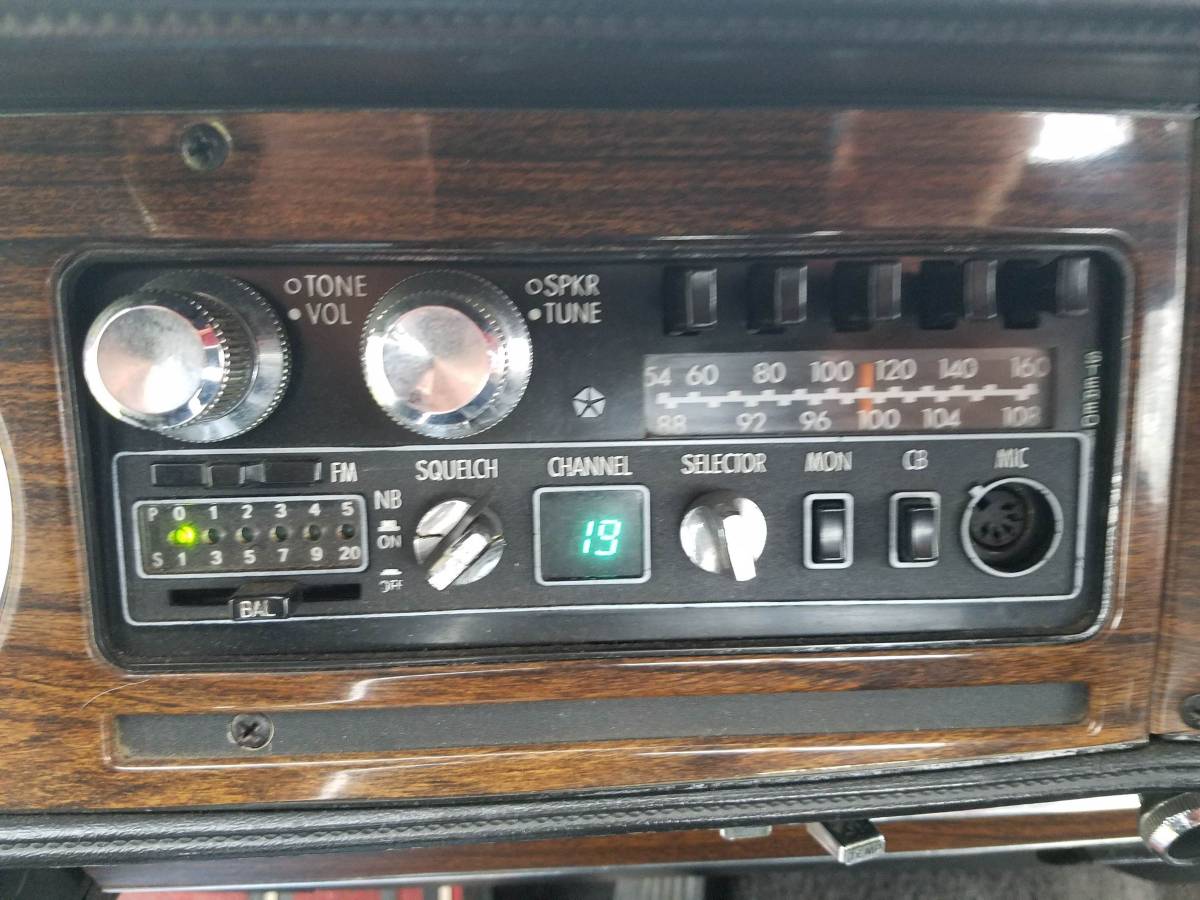 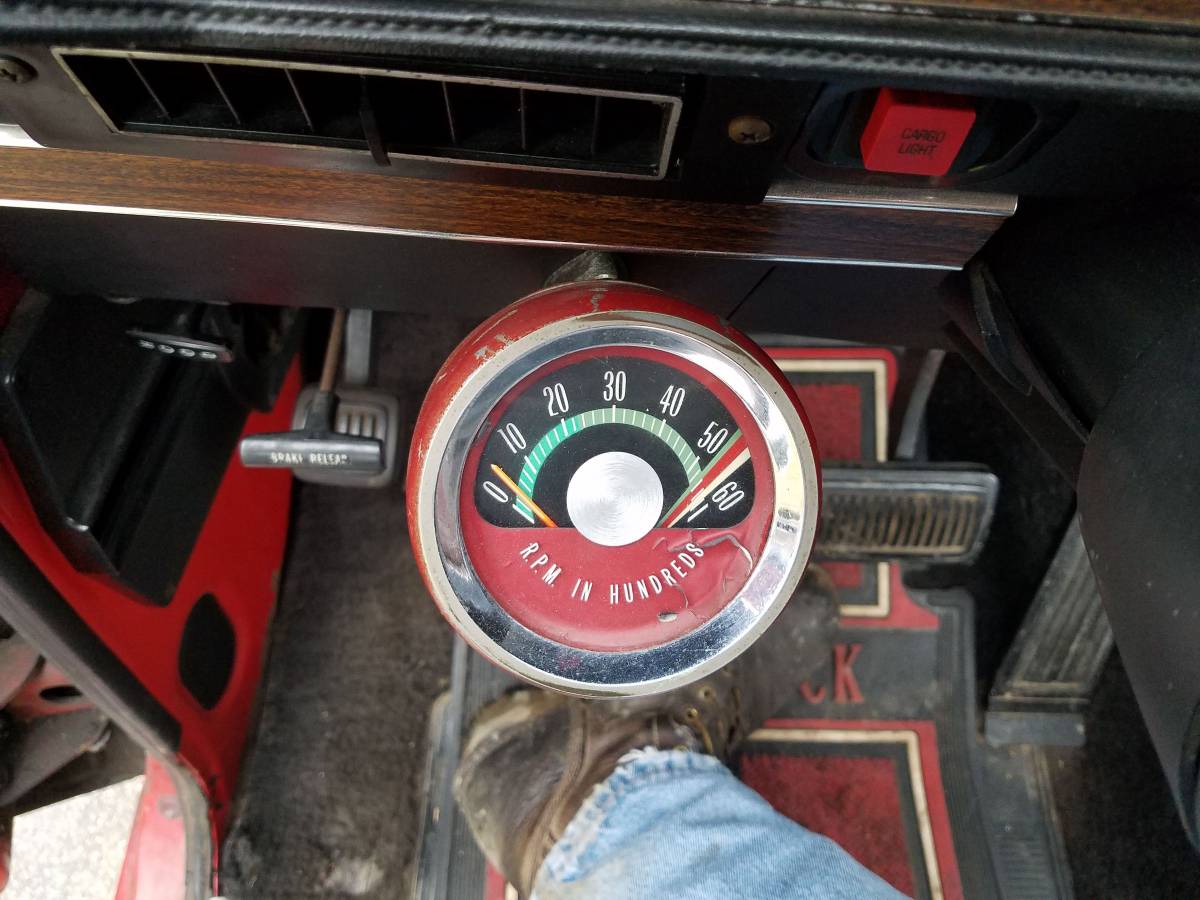 For 1979, Dodge continued cashing in on their limited edition Lil’ Red Express Pick Up Truck launched one year earlier and this example listed recently on Craigslist in Stoneboro, Pennsylvania (Pittsburgh) shows off how well-optioned these were.  The current caretaker of this driver quality example equipped with factory air conditioning is currently offering their Lil’ Red Express with some NOS spare parts for $15,000.  Checking the Hagerty Insurance Online Valuation Tool confirms this private seller has his limited edition Dodge priced between the #3 “Good” appraisal of $17,200 and the #4 “Fair” (Daily Driver) estimate of $10,900.

Leveraging a loophole in emissions regulations at the time, in 1978 Dodge released the Lil’ Red Express Truck which turned out to be the fastest American-made vehicle from 0 to 100 MPH as tested by Car and Driver magazine.  The E.P.A. loophole meant the truck did not have catalytic converters handling the exhaust gasses of a special High Performance 360 cubic inch, four-barrel-topped small block Magnum V8 producing 225 net horsepower @ 3800 RPM. The package also included Hemi-style mufflers with a crossover pipe breathing through 2 chrome stacks located behind the cab, a special 727 transmission, and 3.55:1 rear gearing.

It didn’t take long for the EPA to close said Loophole so while the Li’l Red Express returned for 1979, it was now equipped with a performance-hampering catalytic converter and a milder cam. Hood and headlights were changed to modern quad square bulb layout, however, the trucks’ appearance was otherwise the same. Buyers, having been tipped off by scores of favorable magazine articles, stepped up to purchase more than 5,000 of the model. Surging gas prices, however, took the wind out of the sails, and production was canceled after two years.

Based on the limited description and the pictures provided, this appears to be a nicely patina’d example of a limited edition, yet potent for its time Lil’ Red Express.  Good luck with the purchase!

“1979 Lil Red Express.
Rear fenders have been painted! Everything else is completely original. No rust on truck!
Has numbers matching 360 with 727 auto transmission. Just turned 80,000 miles. Tires are in fair condition.
Also have matching spare rim! Also have spare OEM new old stock grill shell in the box!!! Has wooden bed floor.
Interior is factory. Has factory AC could possibly need charged.
Drivers’ side seat has small tear from sliding in and out. As far as I know it’s all original but the carb and both bumpers. Front and rear are brand new chrome bumpers. Truck is set up for tonneau cover. I have the bows but not do not have cover. Asking $15,000 firm. Please call/text Rick 7 2 4-6 9 9-2 8 3 0“