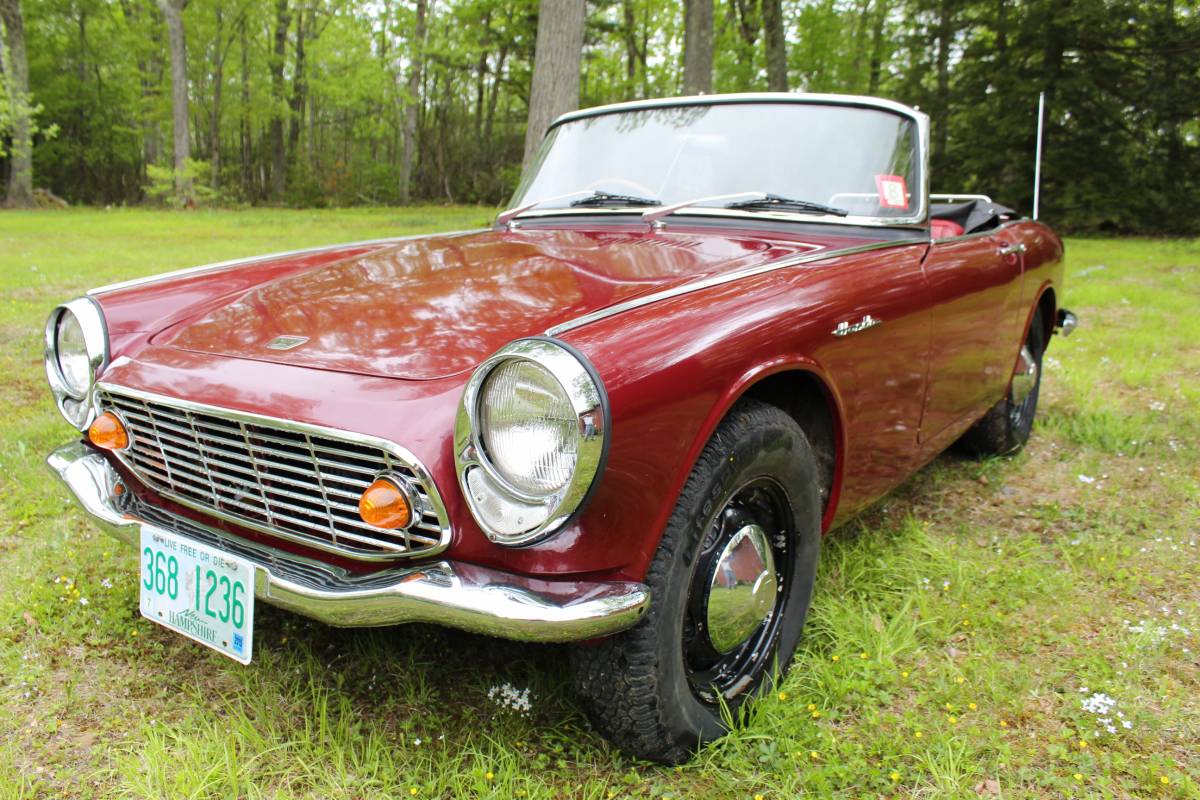 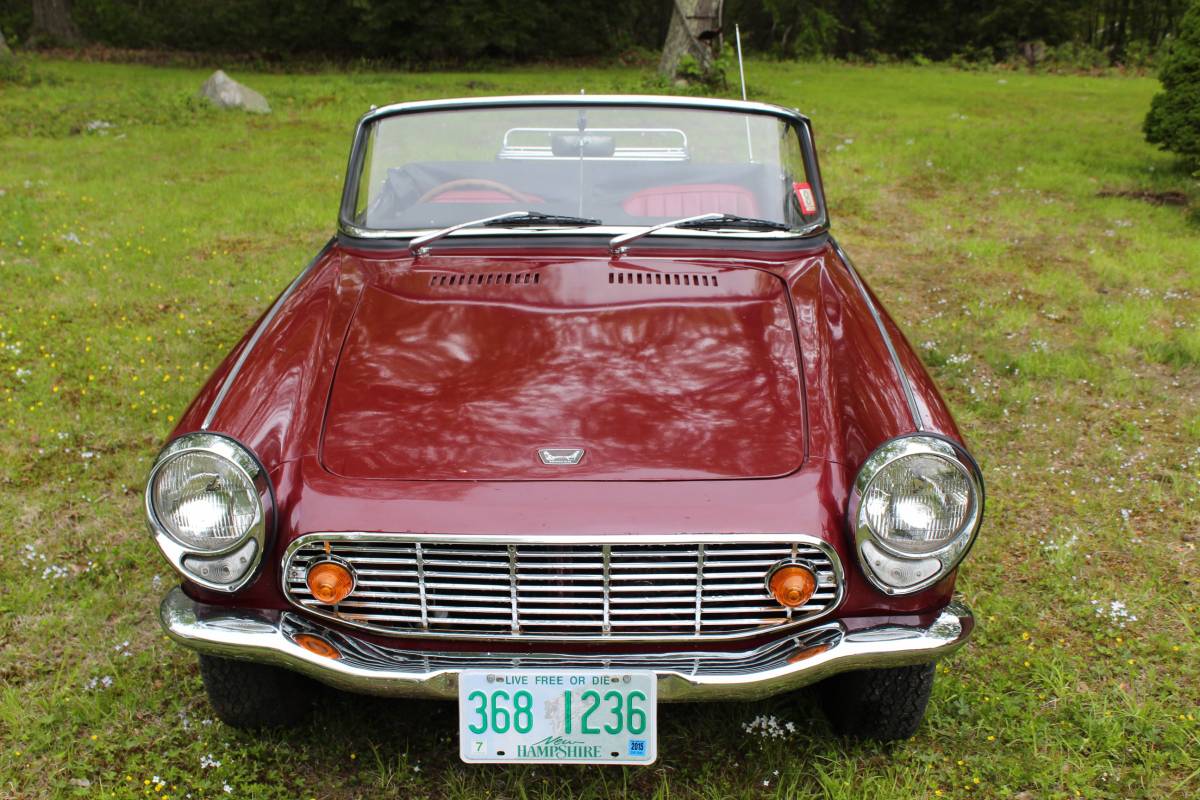 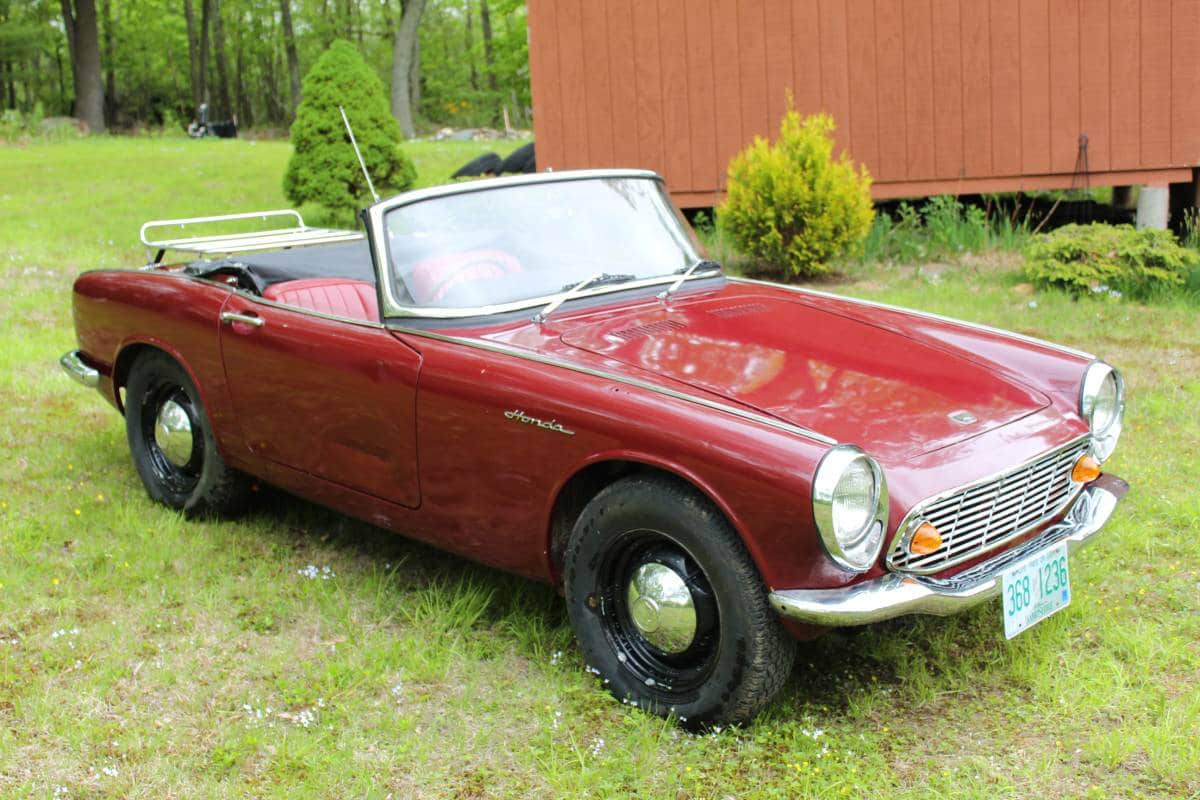 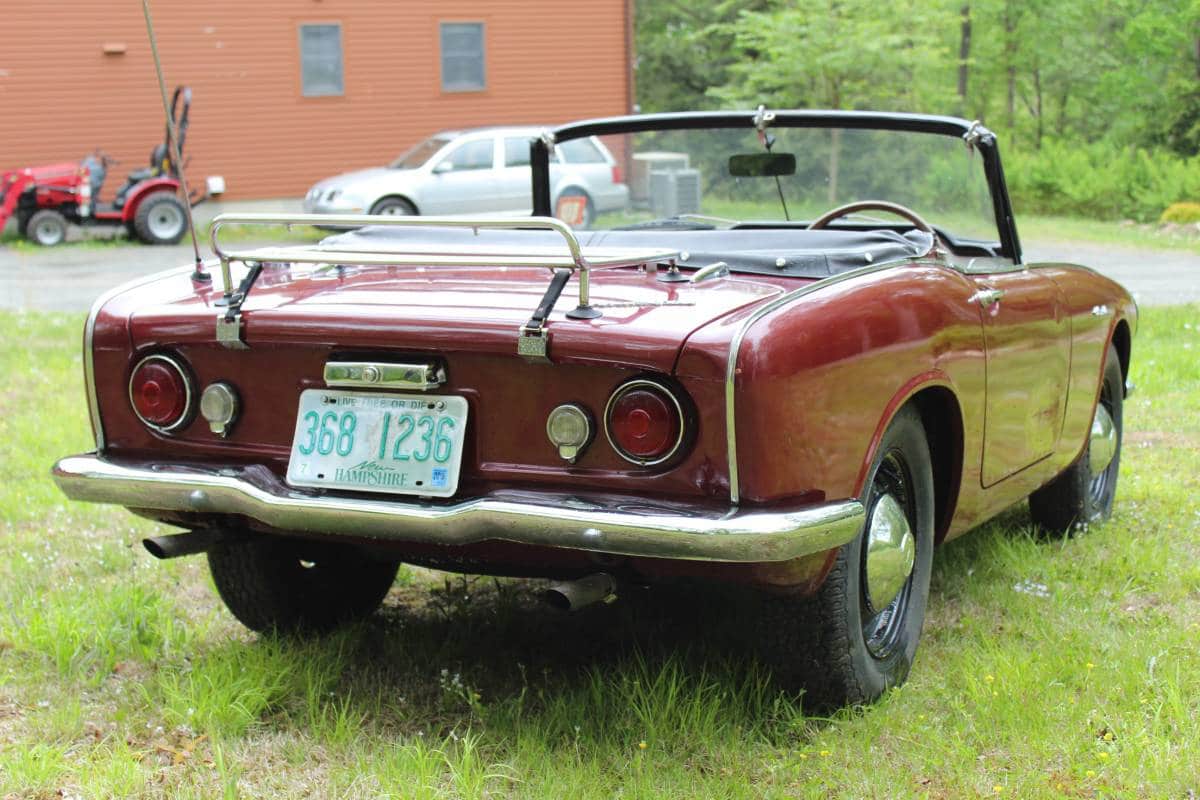 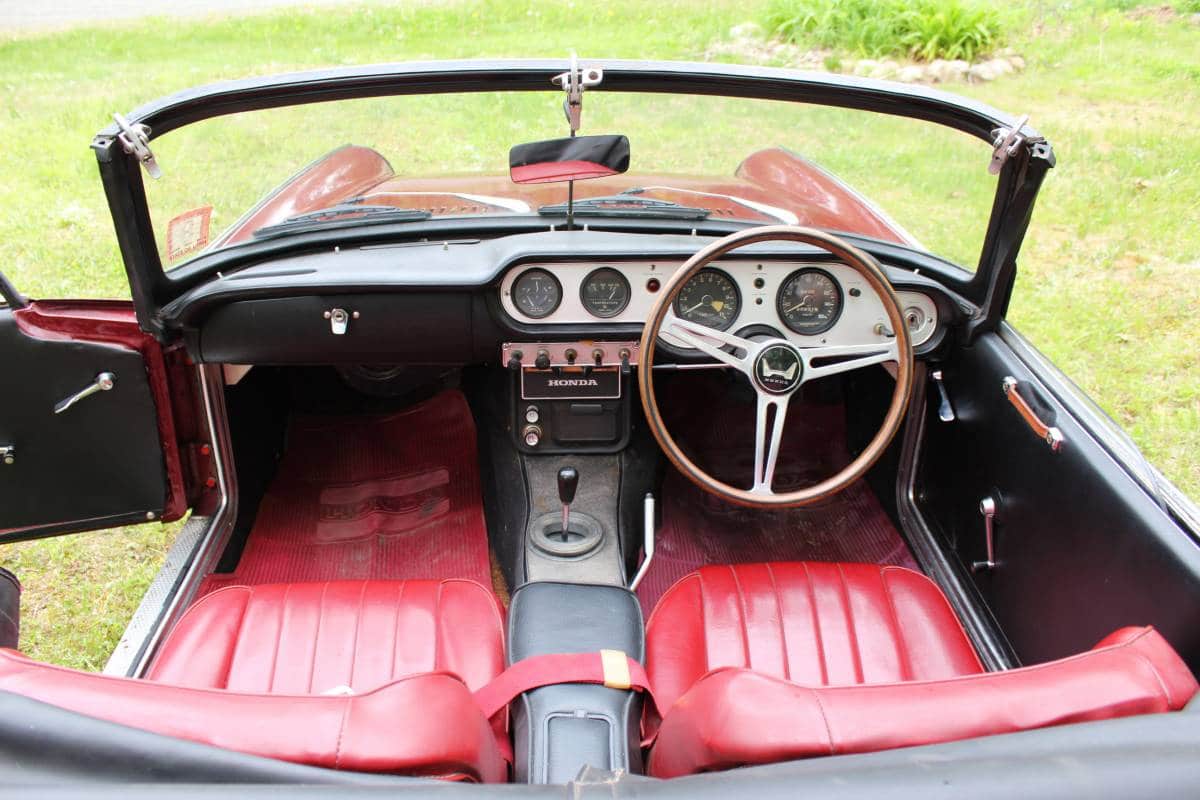 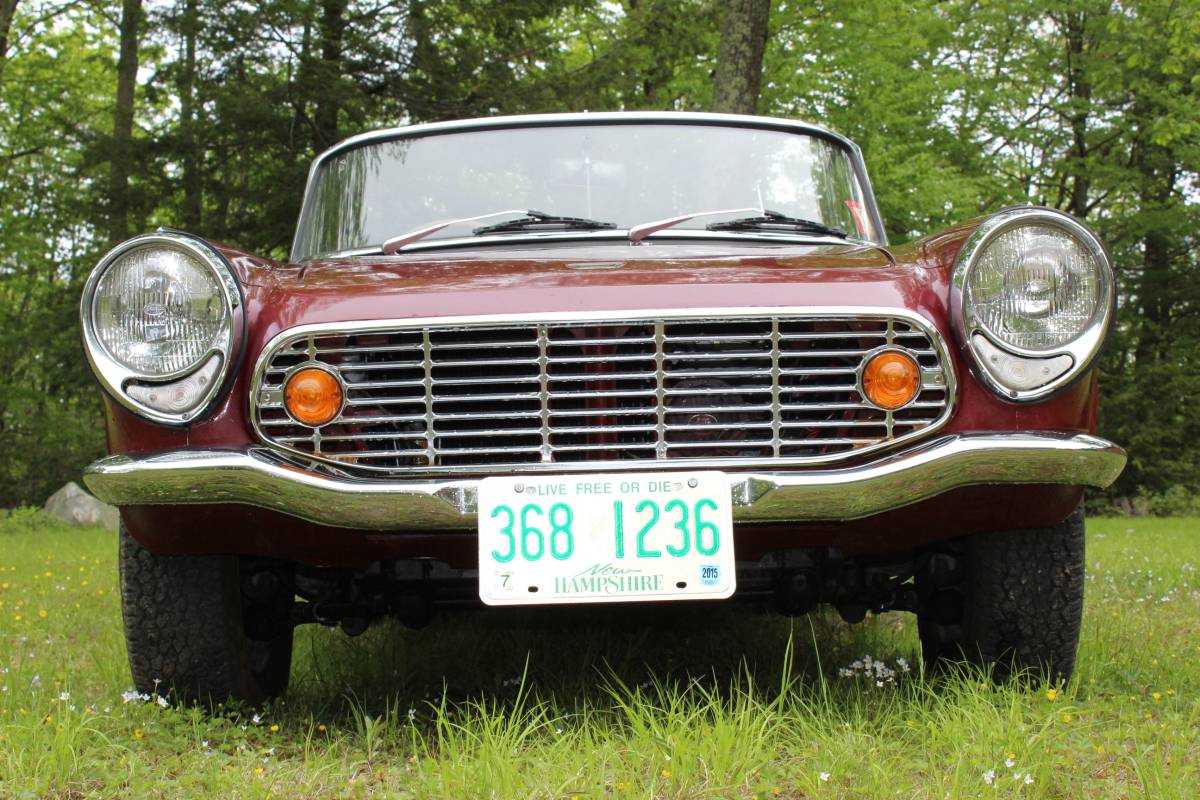 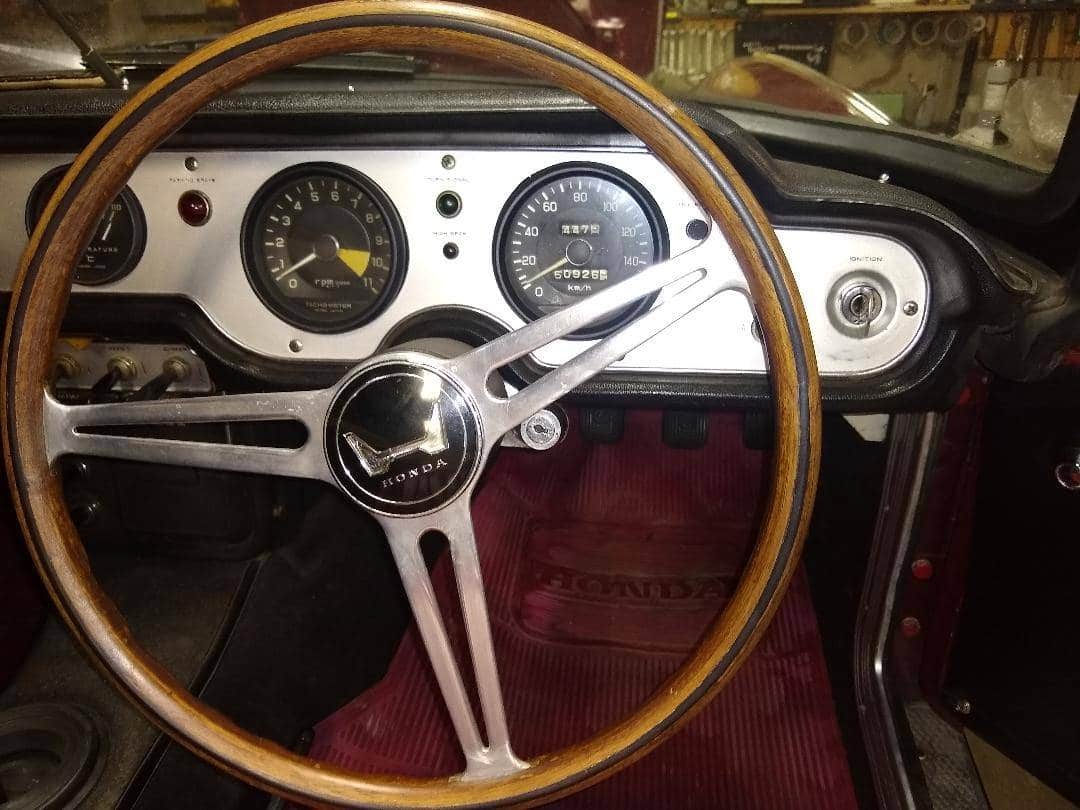 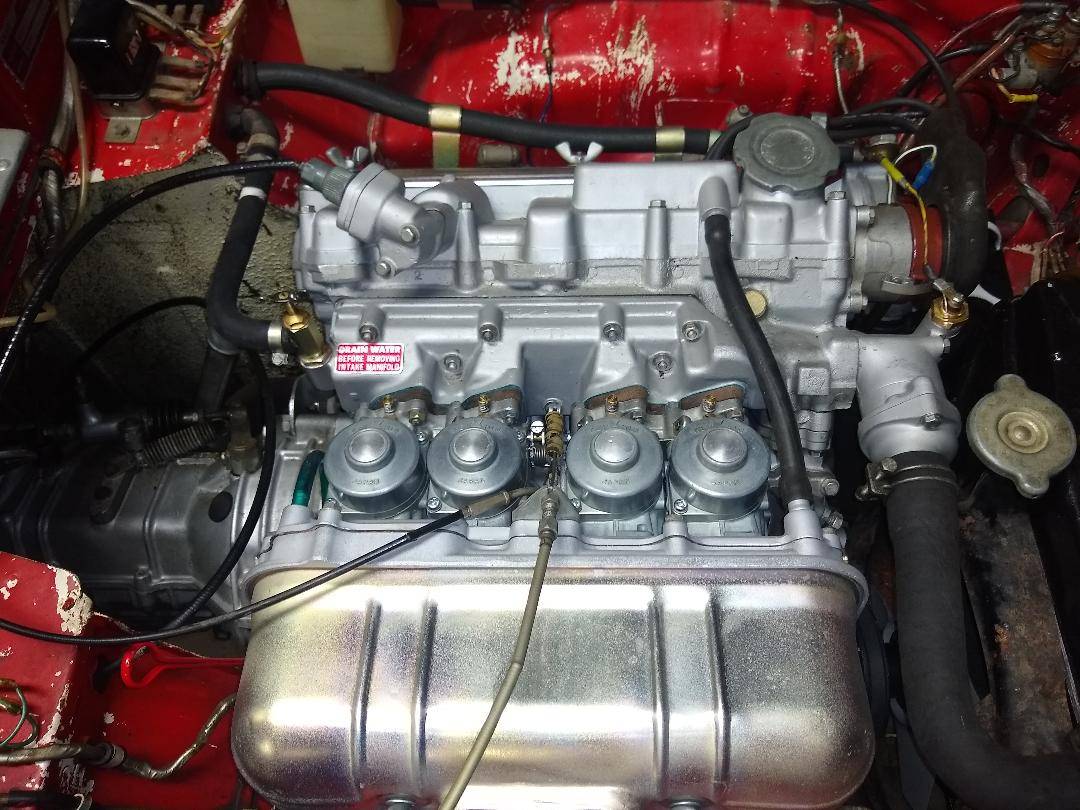 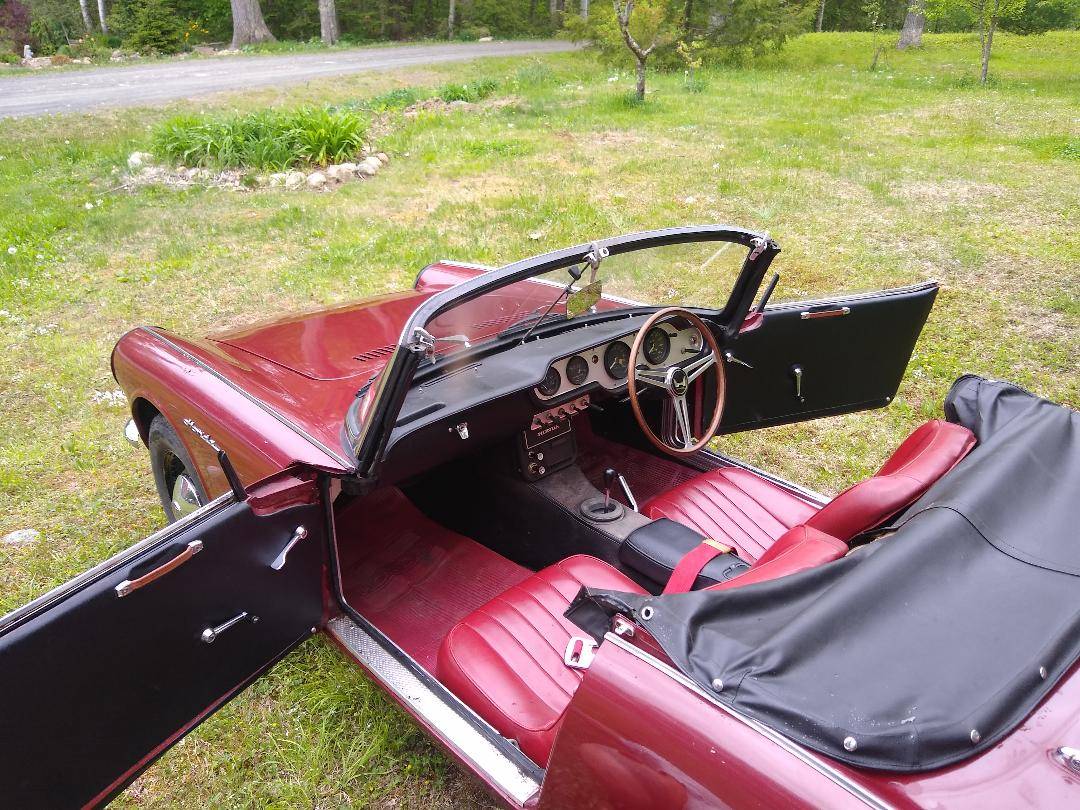 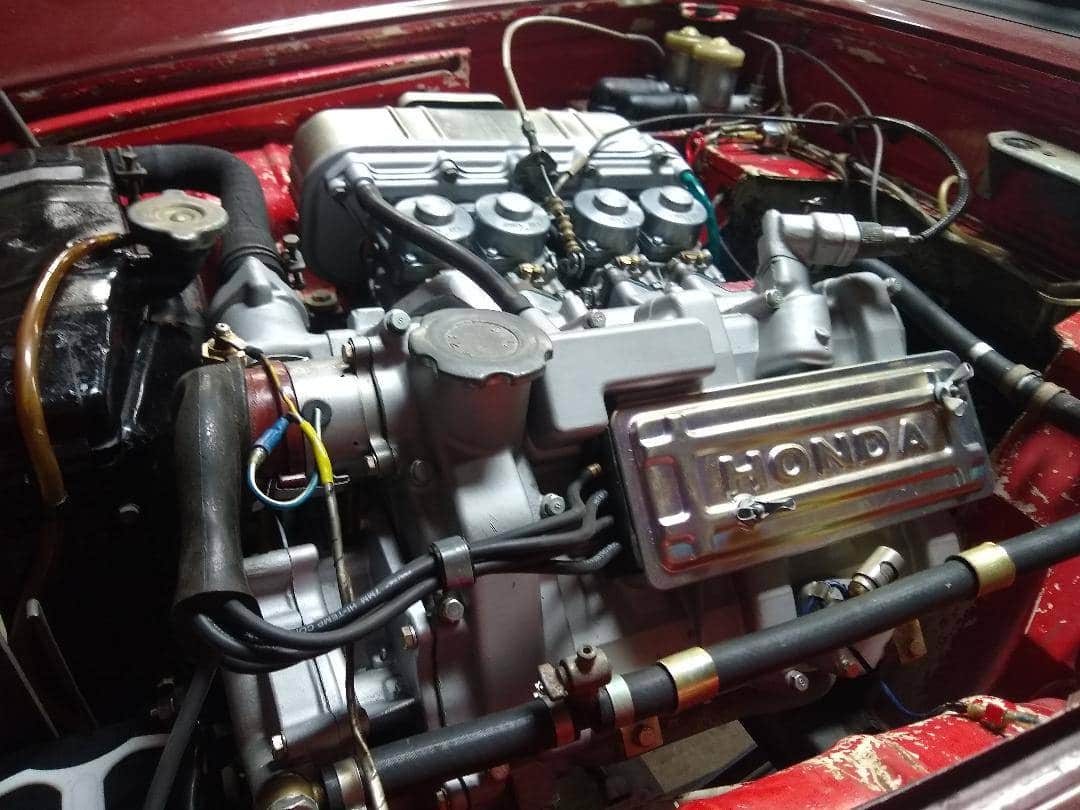 June 20th Update:  this unique and rare Honda S600 two seat roadster we featured on June 6th recently had its listing deleted by the author, so we consider that an indicator this chain driven sports car has been sold.

Contrary to popular belief, Honda’s S2000 produced from 1999-2009 was not the company’s first high-revving sports car.  That distinction goes to the company’s mid-sixties S600 roadster such as the 1965 example currently listed on Craigslist in Granville, Massachusetts with an asking price of $28,500.   A review of the Hagerty Insurance Online Valuation Tool confirms this private seller has his rare-in-the-US S600 priced smartly between the #2 “Excellent” appraisal of $36,400 and the #3 “Good” estimate of $20,600.

Not content with becoming the world’s largest motorcycle manufacturer by 1959, Soichiro Honda starting toying with the idea of car production in the early 1960s. By March 1964, Honda launched its first mass-produced car, the S600 Roadster followed one year later by the S600 fastback.  Unlike other Japanese manufacturers at the time who conservatively either copied or licensed proven designs of the period,  Honda-San developed his new car with a clean-sheet design. Leveraging their successful motorcycle experience, Honda developed a very innovative all aluminum 606cc double overhead cam water cooled inline four cylinder topped with four Keihin carburetors.  Capable of producing 57 horsepower, needle roller bearings allowed a 9,500 RPM redline.  While less than 60 horsepower was on par with Volkswagen’s Beetle, keep in mind the S600 weighed less than 1,600 pounds.

While Honda’s S600 incorporated styling influences from sports cars of the period, the innovative independent rear was even more interesting than the advanced engine. Honda’s design consisted of a straight axle connected by sealed roller chains to independently sprung wheels at the rear. As well as providing independent movement of each wheel, it eliminated sudden camber changes that could induce dangerous snap oversteer of other swing-axle designs of the period.

The seller points out he purchased his 31K original mile S600 in Utah, so while not called out, your in-person inspection will likely confirm a solid structure with only mild surface rust as worst.  The engine benefits from a fresh rebuild with only 250 break-in miles.  While the seller calls his S600 an excellent candidate for restoration, we’d lean towards driving and enjoying it as is.  Good luck with the purchase!

“This 1965 Honda S600 is a right-hand-drive convertible powered by a 606cc DOHC inline-four engine, paired to a four speed gearbox. This little baby can churn out rpms in the excess of 10,000!

The car was purchased in Utah and is very solid. This car is an excellent candidate for a restoration or drive it as is. The expensive part has been done, the engine. This particular engine was rebuilt and run for 250 miles, all chrome is in wonderful condition, original seats with the original quick disconnect seat belts, beautiful wood steering wheel, independent suspension with rear chain drive and only 51,000KM!“ 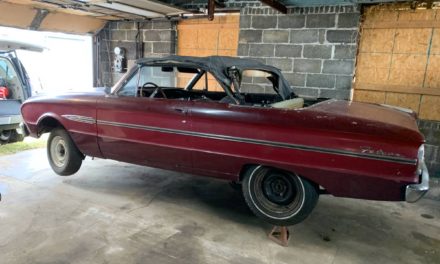 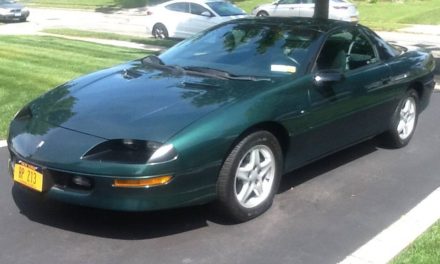 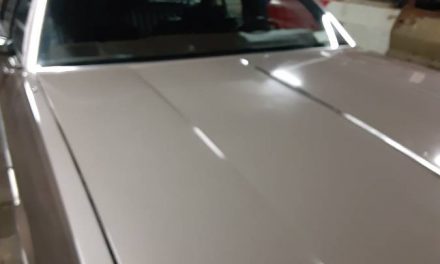