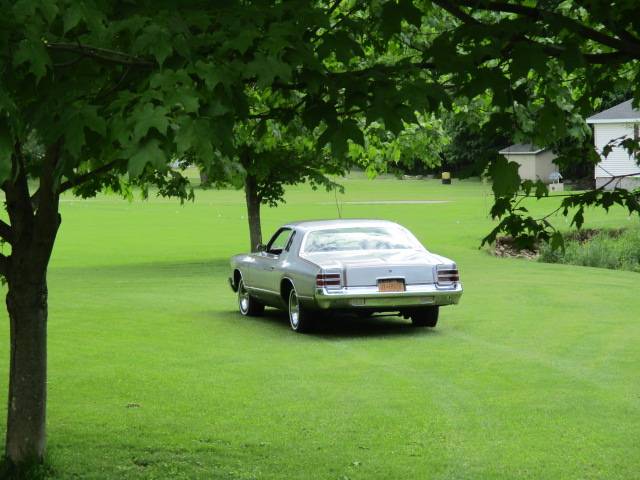 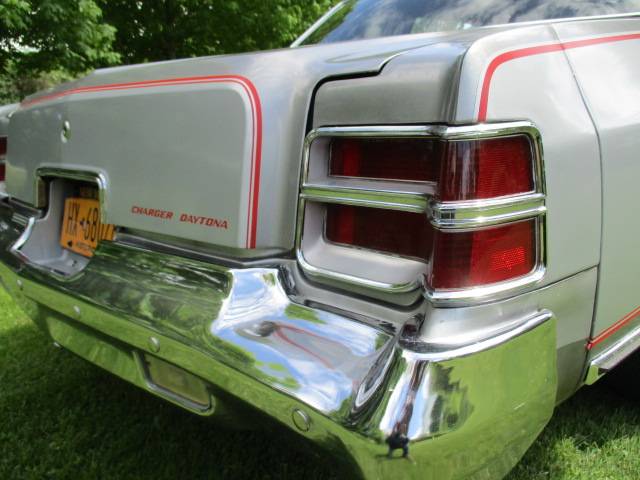 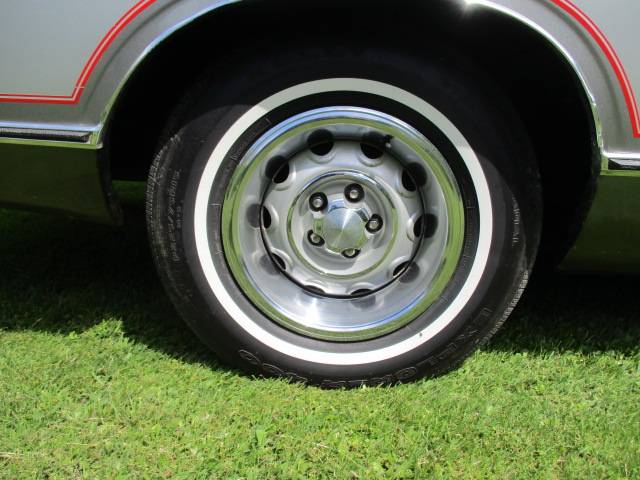 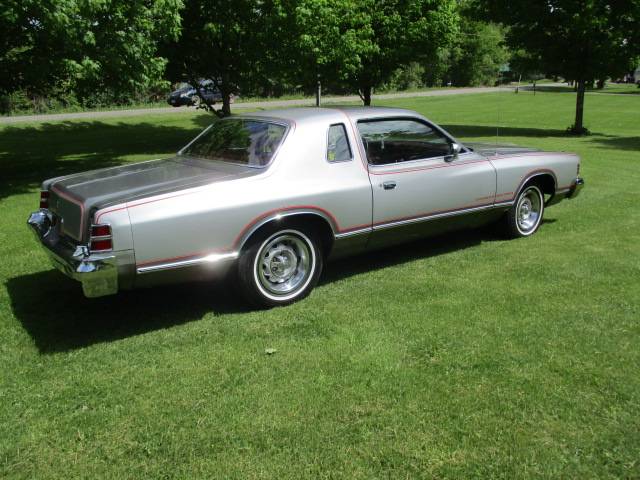 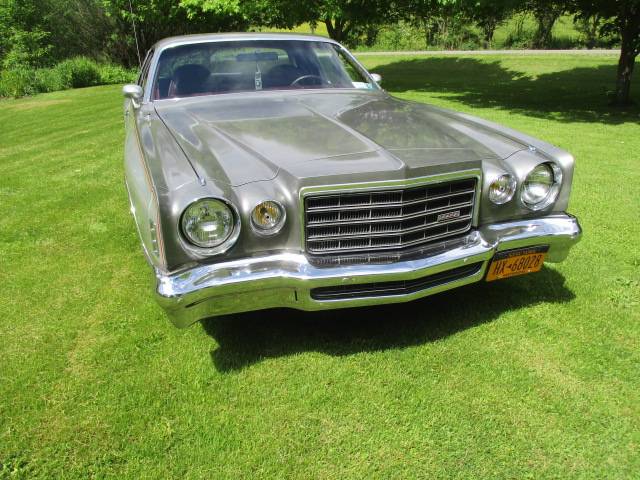 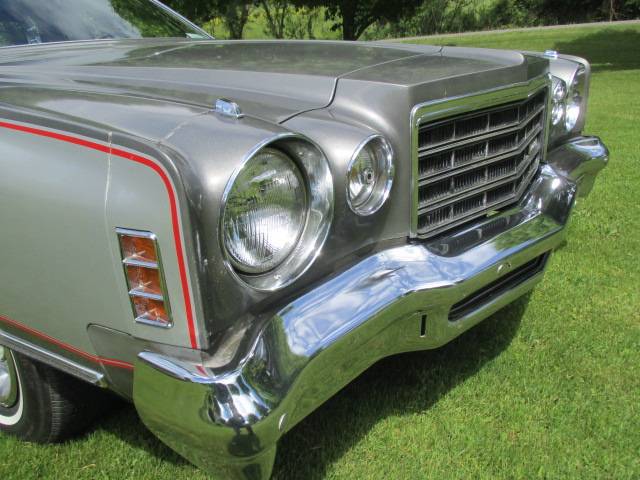 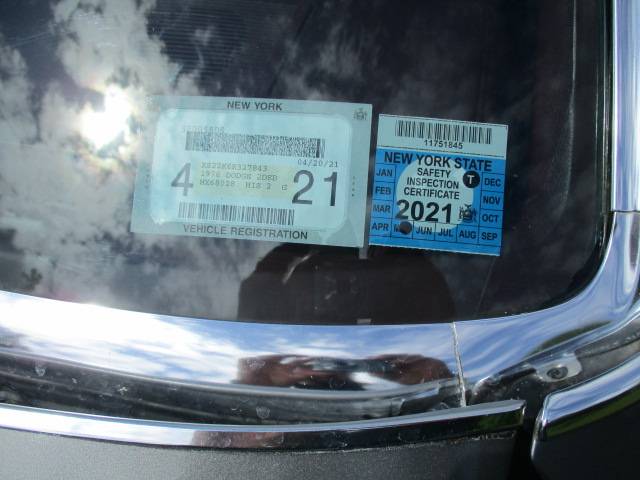 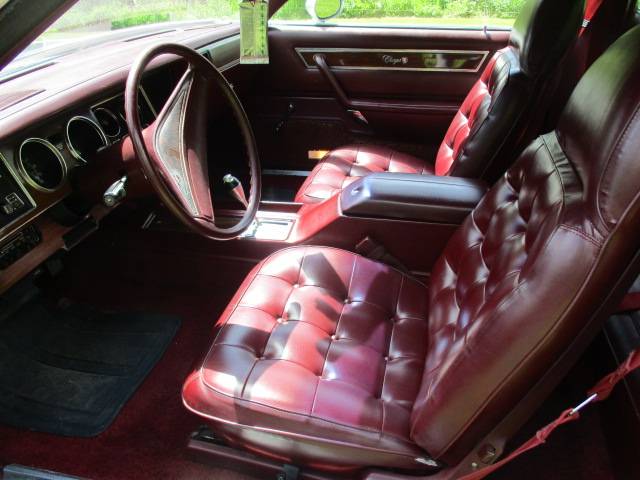 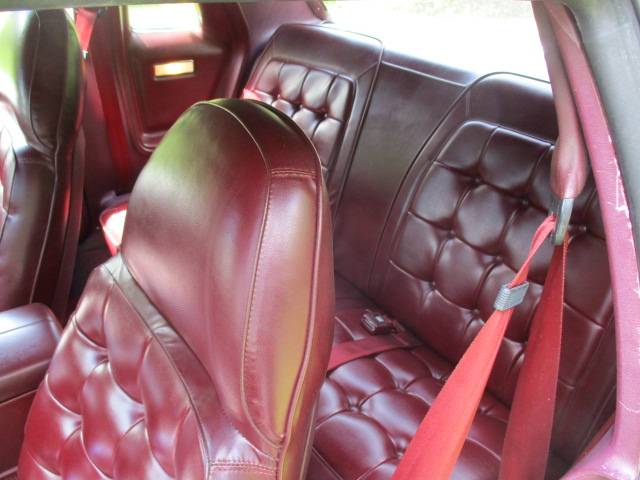 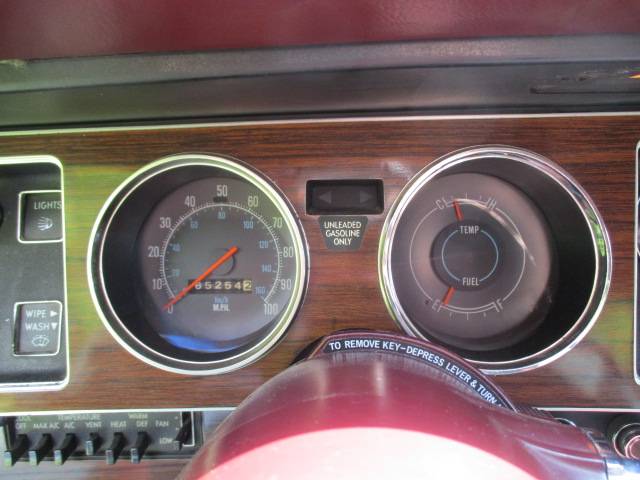 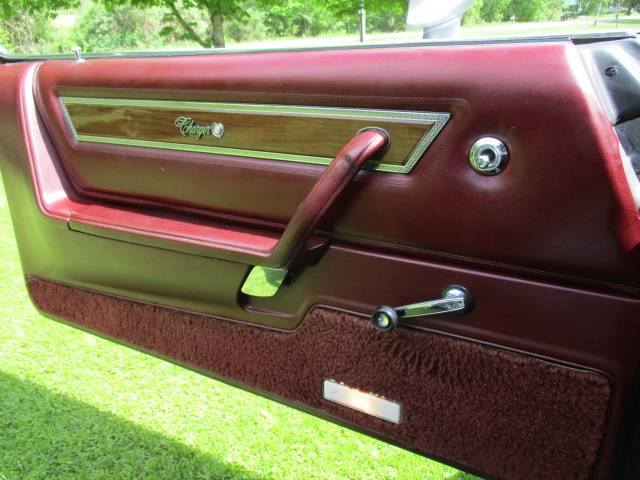 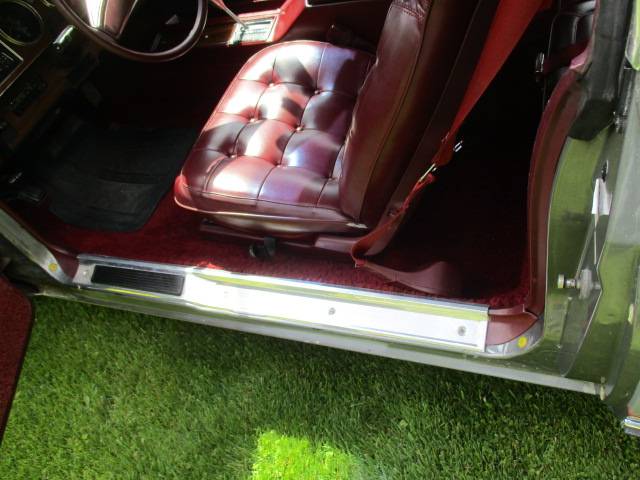 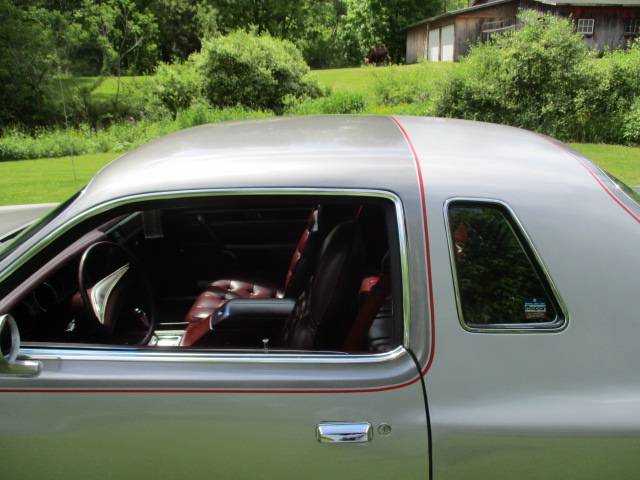 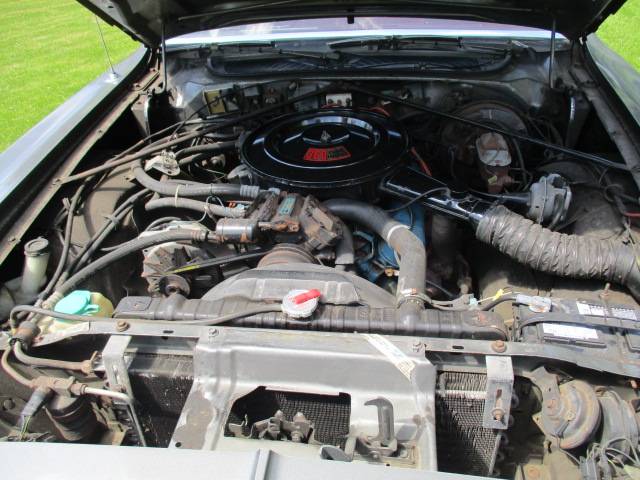 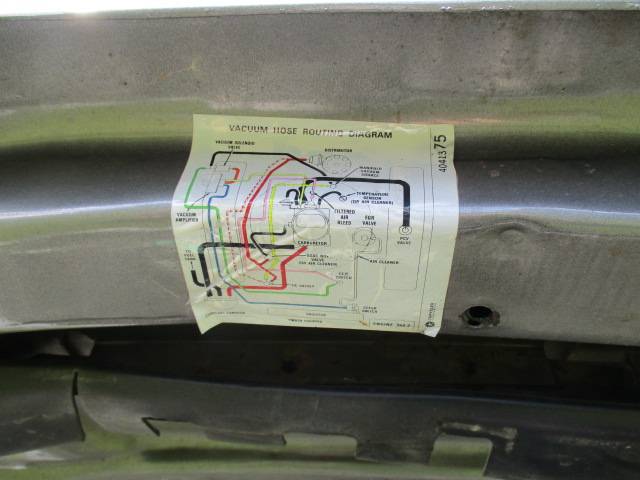 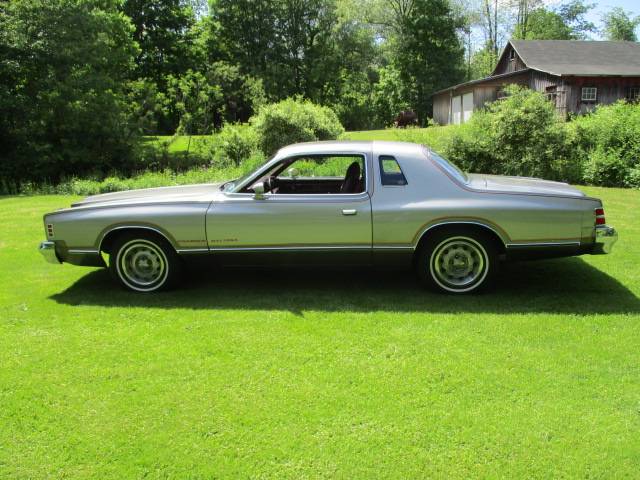 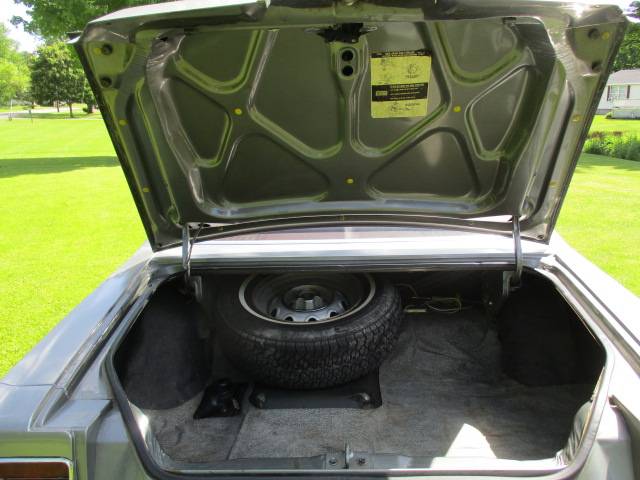 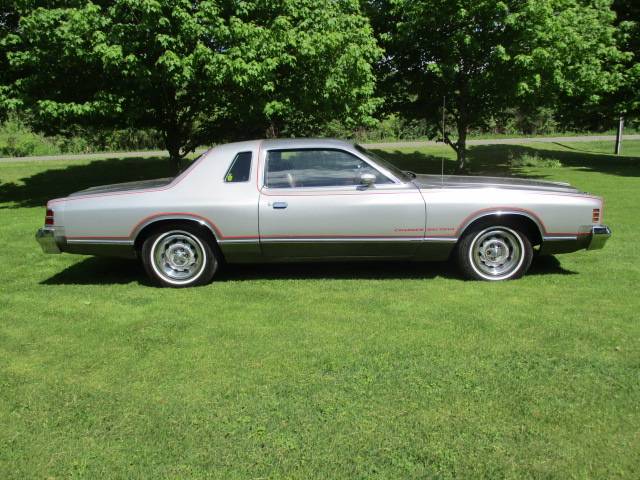 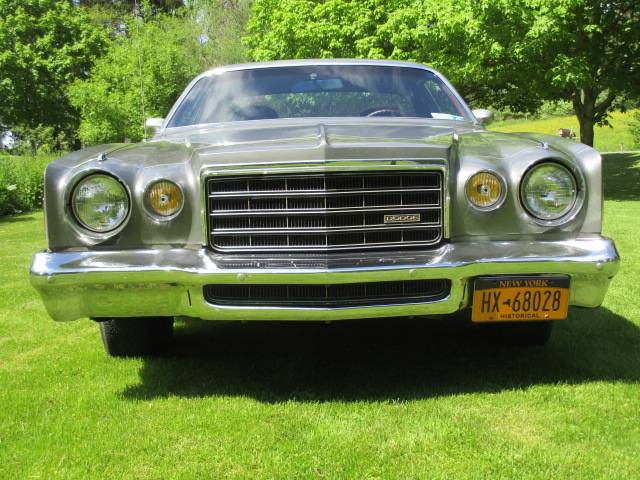 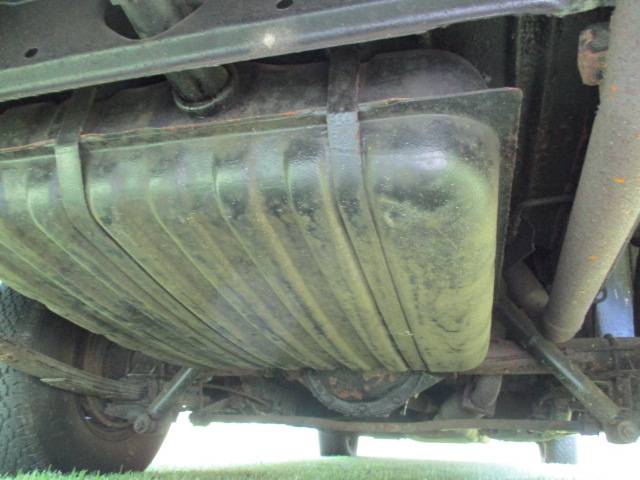 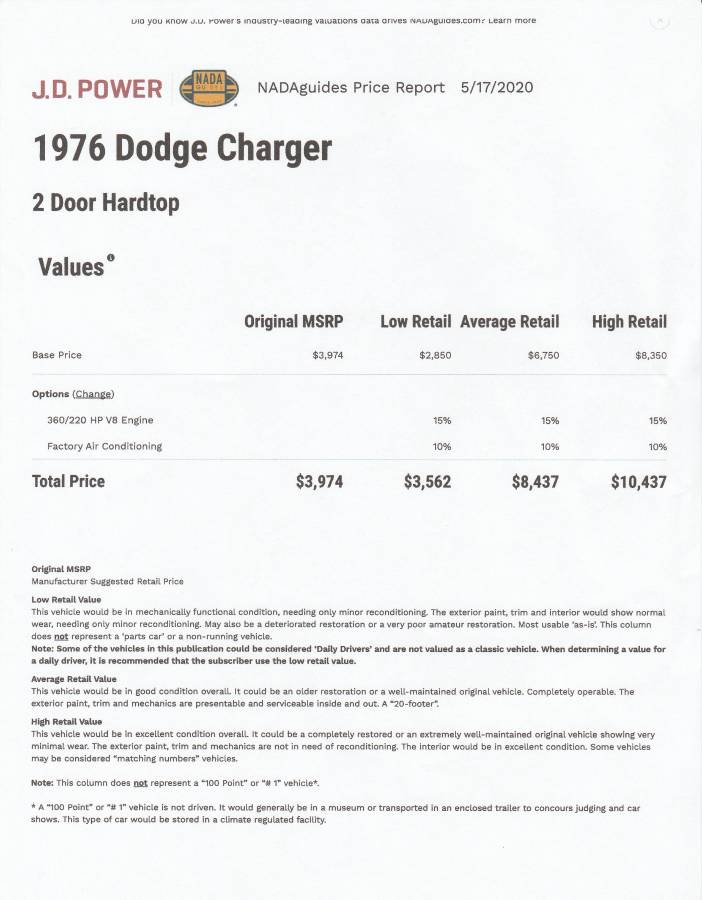 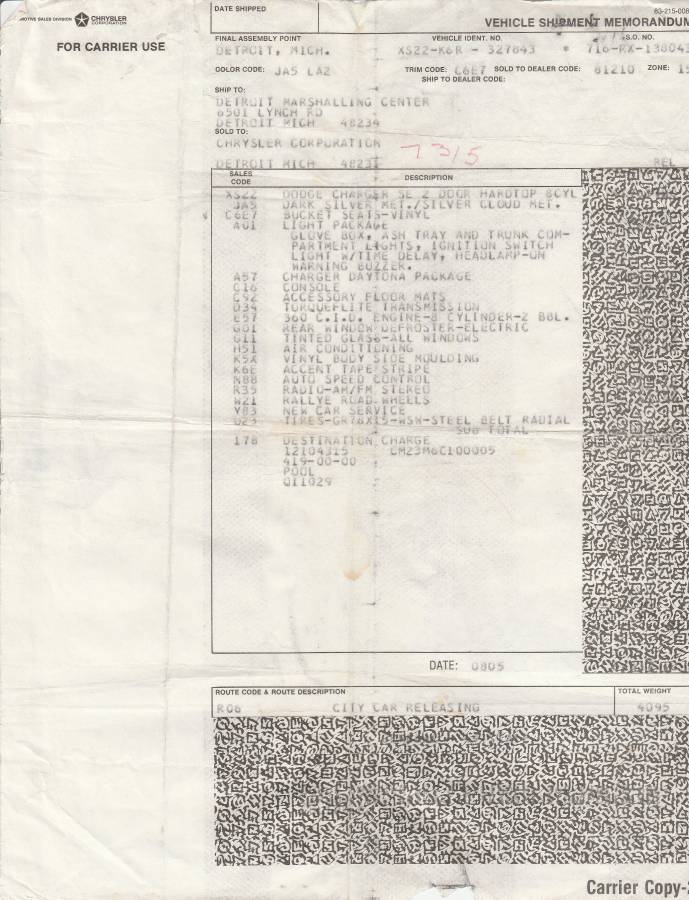 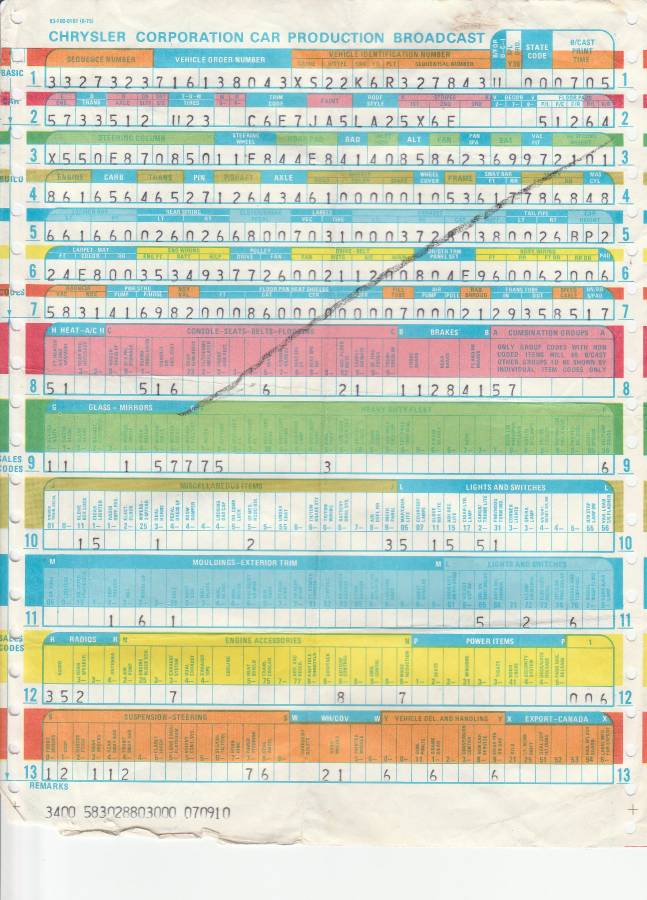 July 16th Update – While updating our past Malaise Monday listings, we confirmed the private seller deleted their Craigslist post, so we’re calling this Charger “Sold!”

While Chrysler’s mid-seventies Cordoba personal luxury coupe remains instantly identifiable in the minds of car enthusiasts, Dodge’s sportier Charger version of the car such as this 1976 Daytona SE currently listed on Craigslist in Berkshire, New York (Binghamton) likely slipped from their memories long ago.  The silver over burgundy survivor has a stated 65,254 original miles and sports a 350 cubic inch V8 and and shag carpeting with an asking price of $7,800.   A review of the NADA Guides Classic Car Online Valuation Tool confirms this private seller has his Charger priced at the higher end of the current “Low”, “Average”, and “High” retail value range of $3,125, $7,593, and $10,312, respectively.

When Dodge introduced the fourth generation, B-Body-based Charger for the 1975 model year, the Division continued moving the model away from its earlier muscle car roots into the growing personal luxury car market segment with a badge engineering version of Chrysler’s Cordoba.  The only nod towards performance was the Daytona model which featured stripes that ran along the length of the car.

We found this dealer promo for the essentially identical 1977 Dodge Charger you might find of interest:

We like the seller’s honest description of his survivor-quality Charger. Clean and well documented, this car is another candidate to enter into the AACA’s “Preservation Original Features” Class Judging.  The only item requiring immediate attention is the factory air conditioning system, while “all there” according to the seller does not work and that appears to be factored into the asking price of this otherwise ver clean Charger.  Good luck with the purchase!

“I am selling my 1976 Dodge Charger Daytona, 2 door hardtop. The car is in nice condition throughout, but keep in mind it is a 44 year old car. The paint is wearing thin in areas, there are scratches, dings and chips but overall it presents nicely, while not being pristine show quality, I have taken it to car shows and it stirs a lot of interest and taken a trophy or two. When is the last time you have seen one of these?
The car is equipped with a 360 engine, torqueflite automatic transmission, am/fm radio, bucket seats and center console with floor shift. The AC does not work but is all there. the car is an attractive silver and gray with red Daytona decals and red striping (all factory applied). Something reminiscent of the 1970’s, it has factory installed shag carpeting. The car is licensed and inspected and on the road with Historic Plates, has a little over 65K miles, I am the second owner. Asking $7800.“