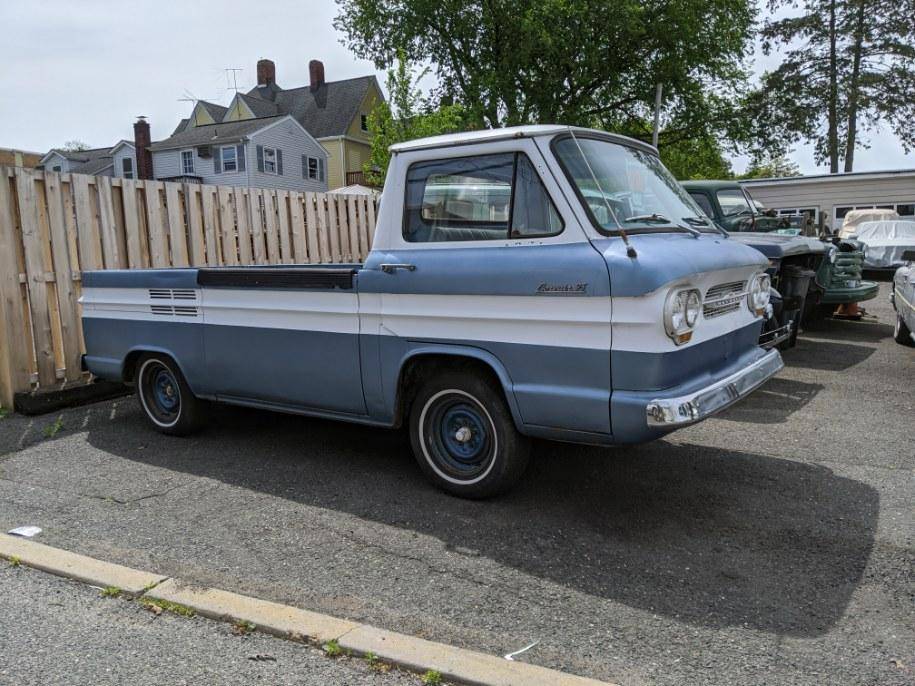 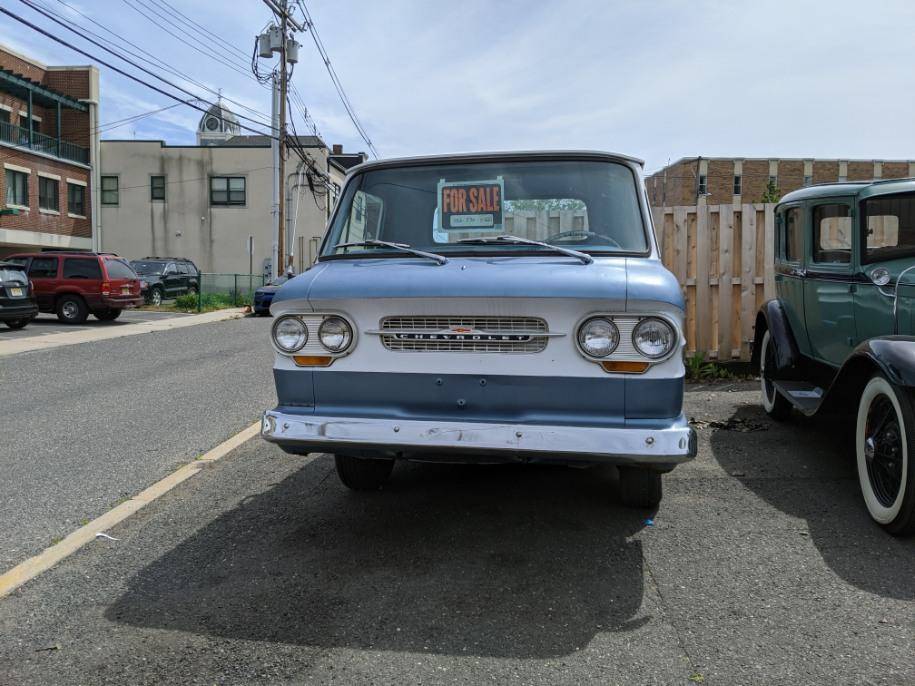 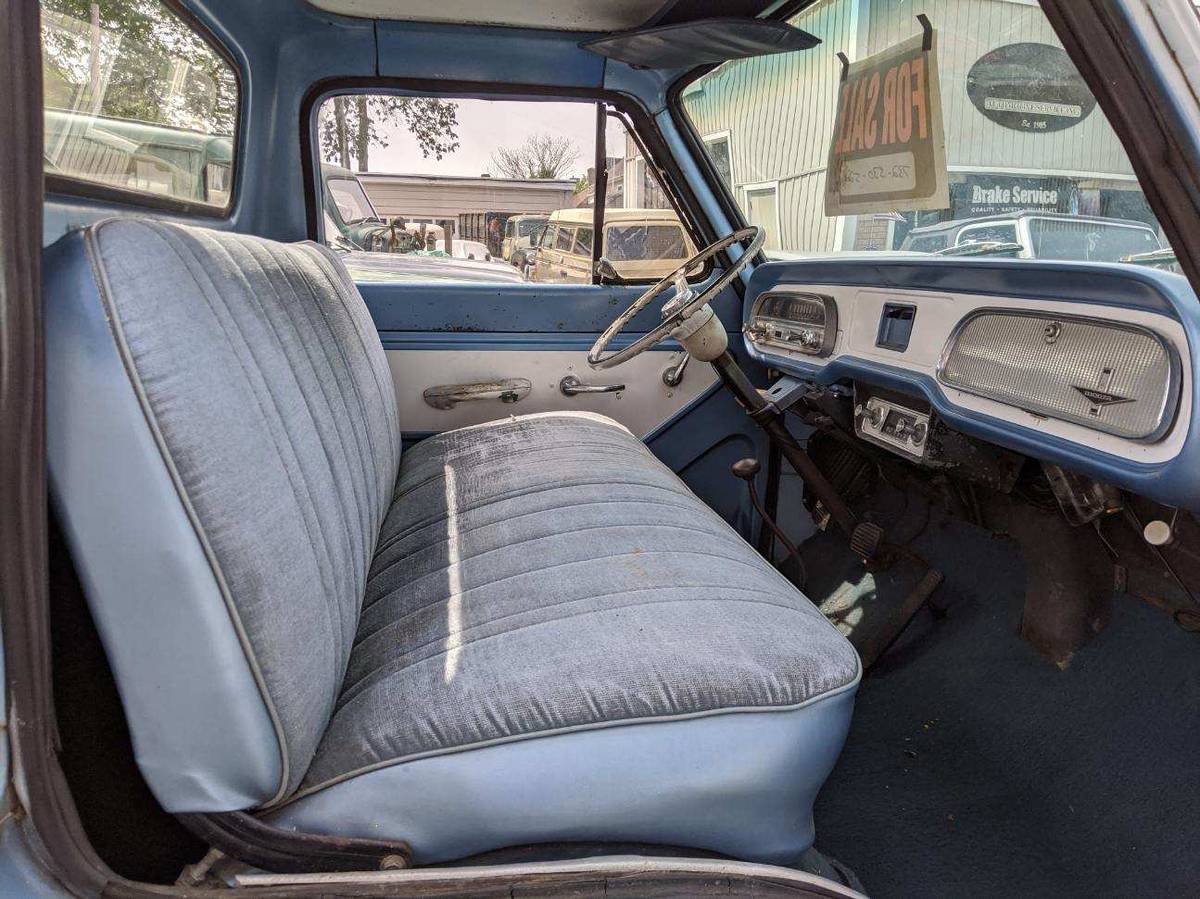 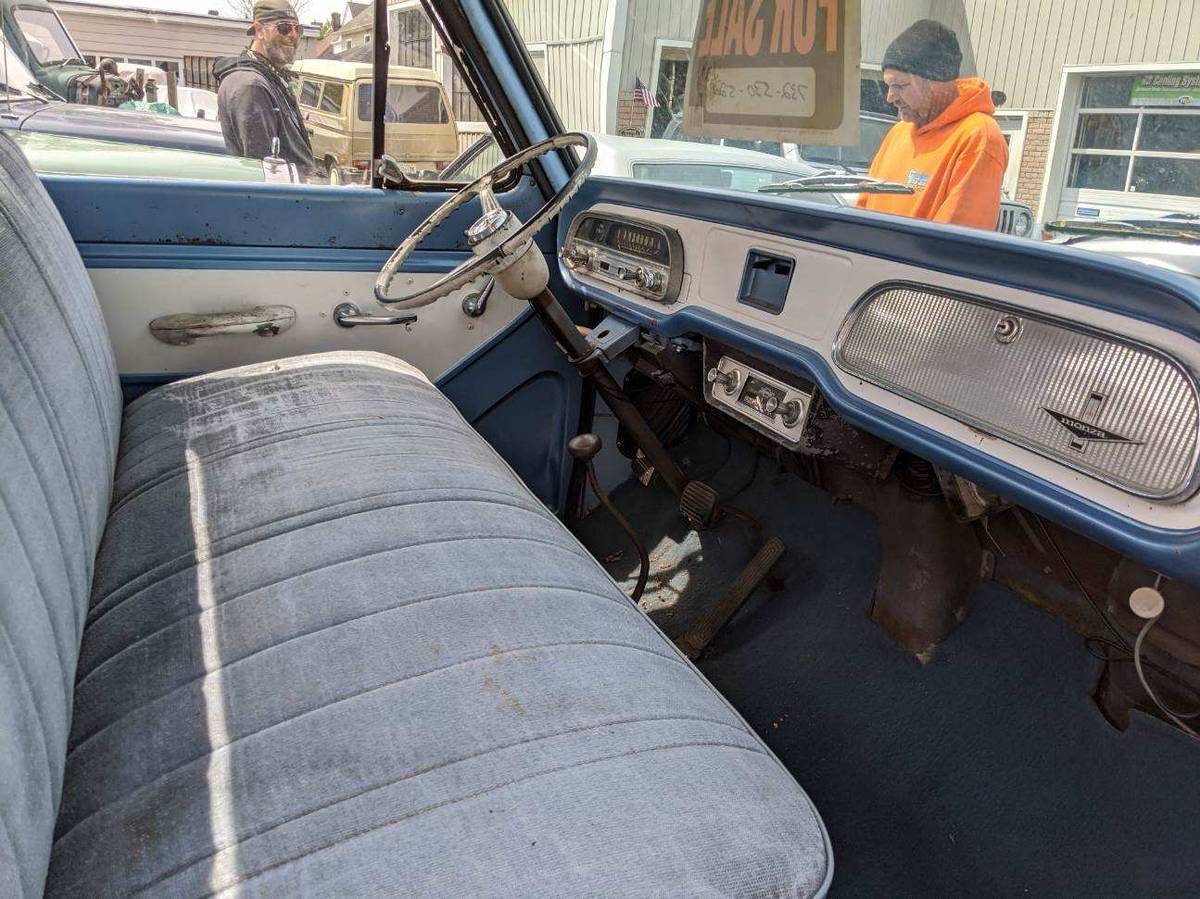 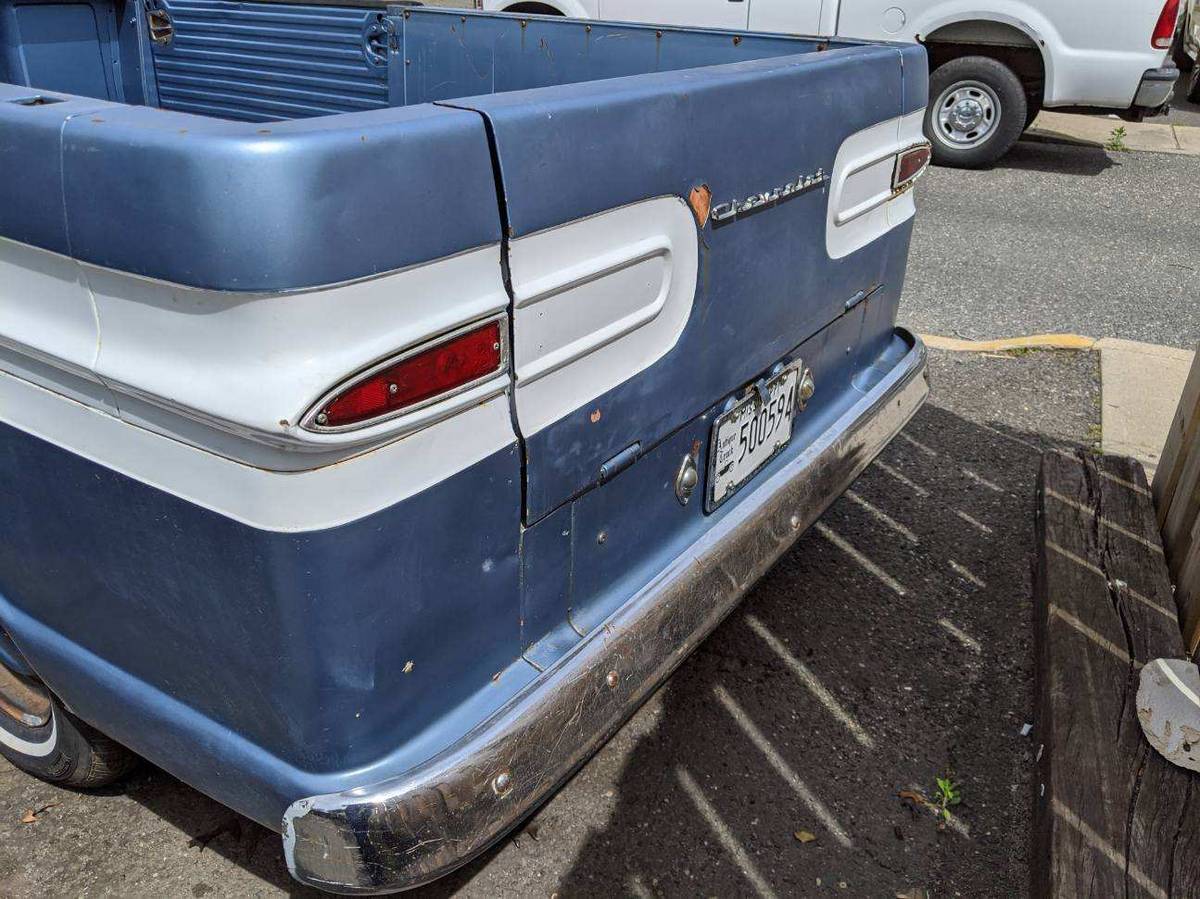 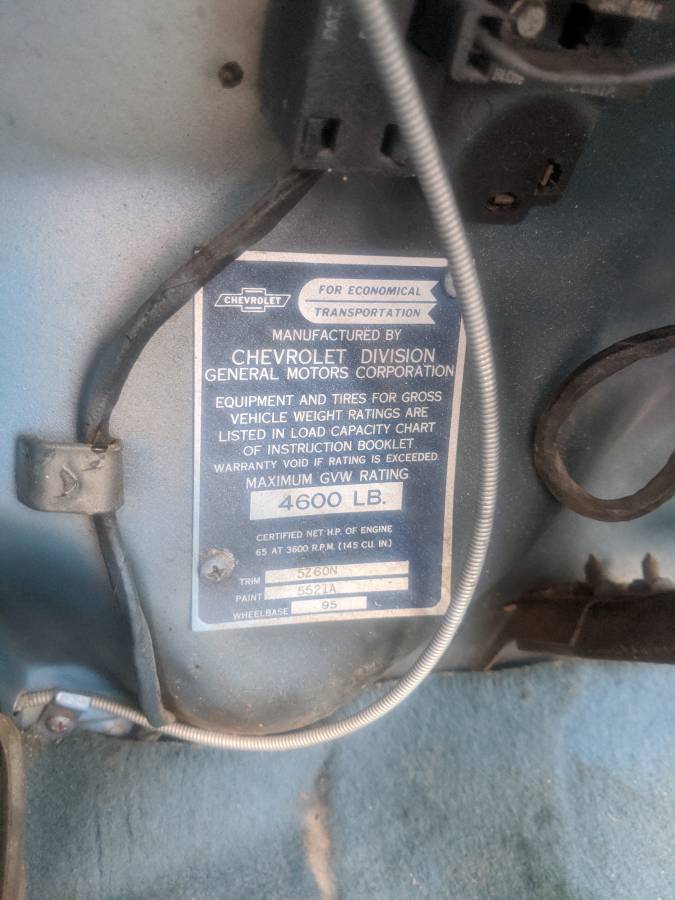 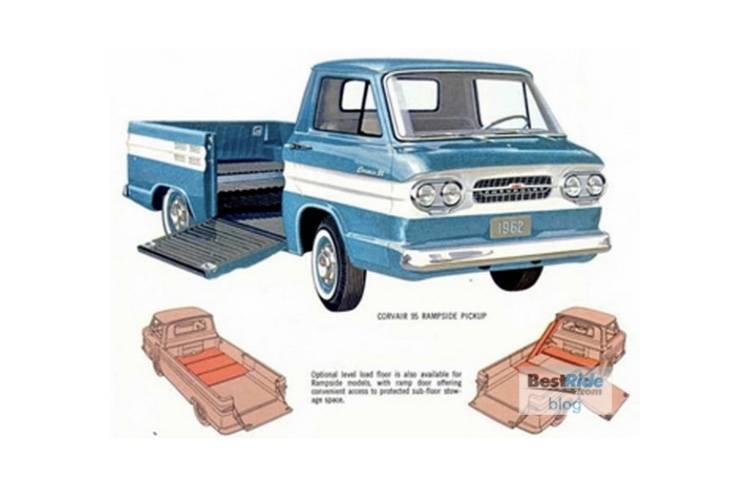 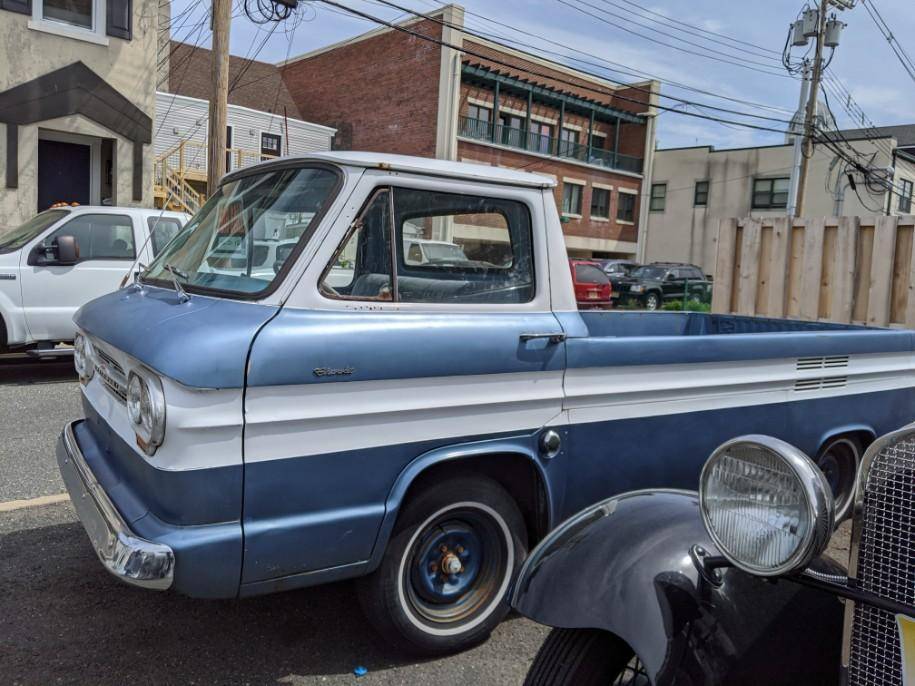 June 9th Update: Not surprisingly, this very rare Corvair Rampside pickup sold quickly and apparently the seller continues to receive requests from his original post as he’s left it updated with “Sold, Sold, Sold” in the listing.  The lesson learned here is Corvair Rampsides go quickly, especially ones priced to sell, so the next time you see one, buy it!

With the growing success of Volkswagen’s Type 2 Transporter truck variants, Chevrolet developed their Corvair-based line of small trucks and vans as a domestic alternative.  Among the rarest of these is the ramp side pick-up such as the example currently listed in Red Bank, New Jersey with an asking price of $13,888.   A review of the NADA Guides Classic Car Online Valuation Tool confirms this private seller has his driver-quality Rampside priced well below the “Low”, “Average”, and “High” retail value range of $21,800, $35,600, and $64,300, respectively.

Chevrolet introduced the Corvair lineup for the 1960 model year as the first of a series of generations of passenger compact cars. For 1961, expanded the Corvair lineup by introducing a more utilitarian style of vehicle the following year under the model designation “Corvair 95”. In appearance and design the vehicles were similar to the competing Volkswagen Transporter, which was essentially a bus-like adaptation of the Volkswagen Beetle that moved the driver over the front wheels (Forward control), also commonly defined as a cab over vehicle.

Chevy engineers located the air-cooled horizontally opposed Chevrolet Turbo-Air 6 engine in the rear of the vehicle under a slightly raised cargo floor. It was similar in principle to the 4-cylinder engine of the Volkswagen, but unusual for most contemporary cars. The 145 cubic inch engine developed 80 horsepower at 4,400 rpm. Unlike the Corvair cars, the Corvair Greenbrier van had a 95 inch wheelbase and were thus known as “95s.”

A Corvair truck could be ordered as a “Loadside” or “Rampside”. The Loadside was essentially a pickup truck with a standard tail gate. The Loadside was only produced two years and is the rarest of the Corvairs; production totaled 2,844 in 1961 and 369 in 1962. The Rampside had a side ramp to be used for loading and unloading cargo. These were used by the Bell Telephone Company, because loading and unloading of cable drums was eased by the side ramp.  While produced in higher quantities, these trucks were literally worked to death that remain a rare find today.

With less than 40K original claimed miles and in well-running condition, this appears to be a decent and unique Corvair truck you can cruise in all summer before worrying about making improvements over next winter.  The pictures indicate the seller either works at or owns a body shop or automotive repair facility so we recommend getting the full story on how long they’ve owned it and what they paid for it to ensure you’re not paying too much for a quick flip.  Otherwise, Good luck with the purchase!

“All original Chevy Rampside 1961 the first year made. Truck looks pretty darn good and runs even better. Interior as shown really isn’t bad at all. A nice paint job is all she really needs if anything. Only 39,100 miles and asking $13,888. Looking for a summer cruiser with the surfboard in the trunk, give me a shout!” 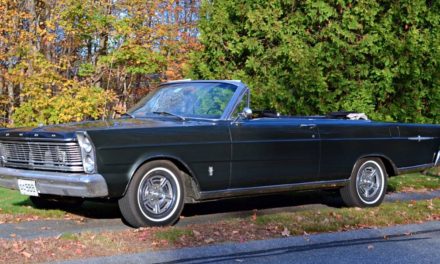 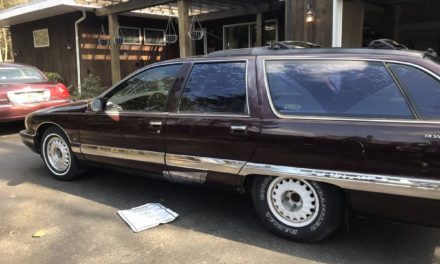 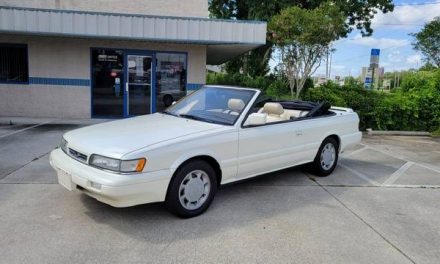 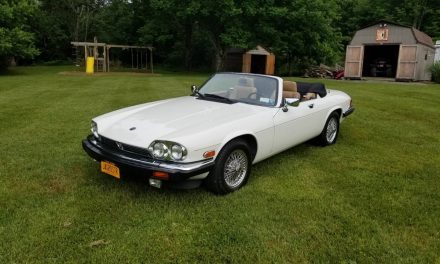