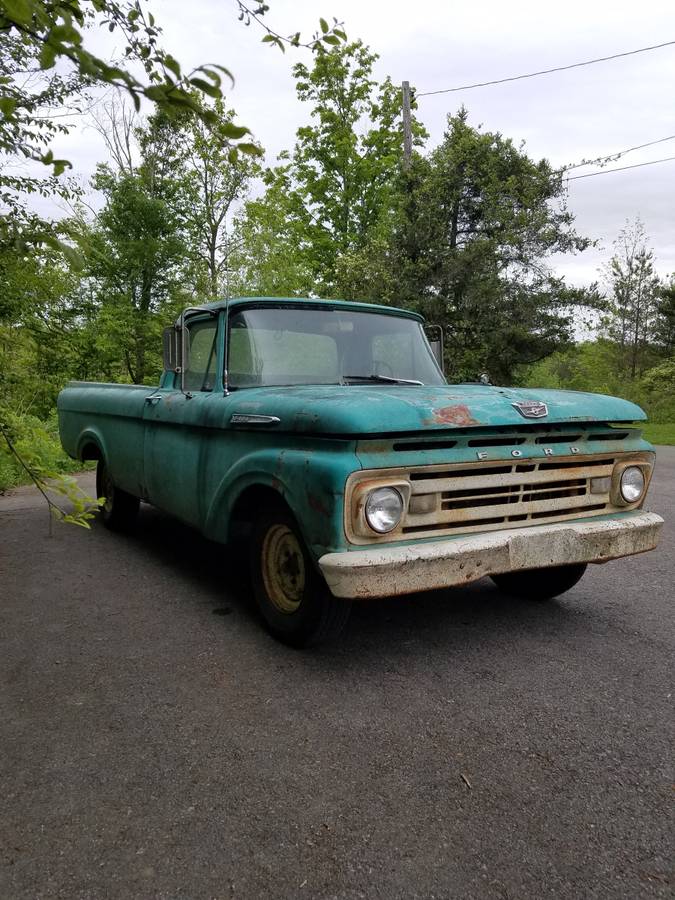 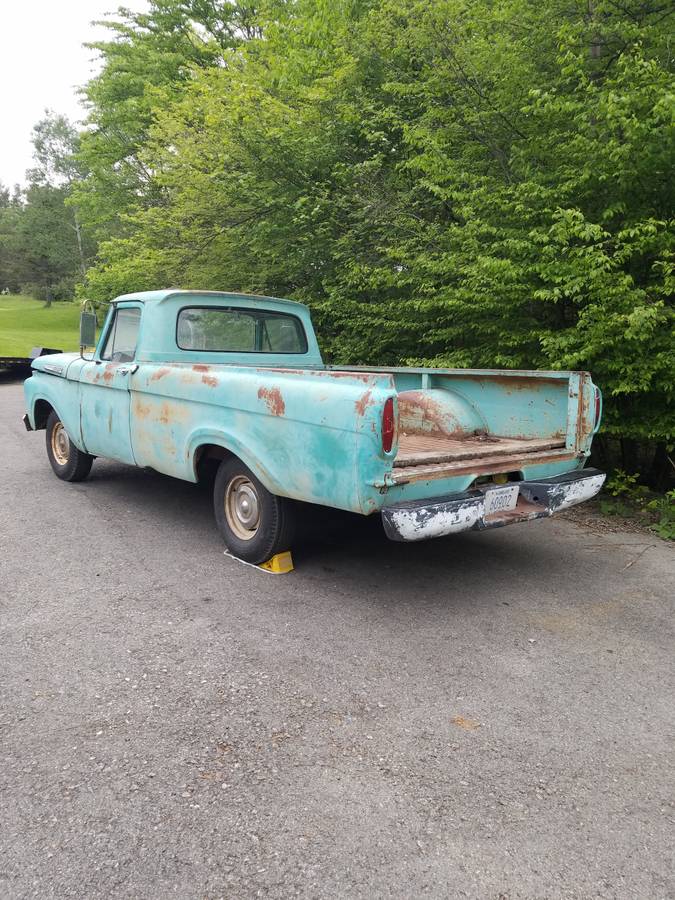 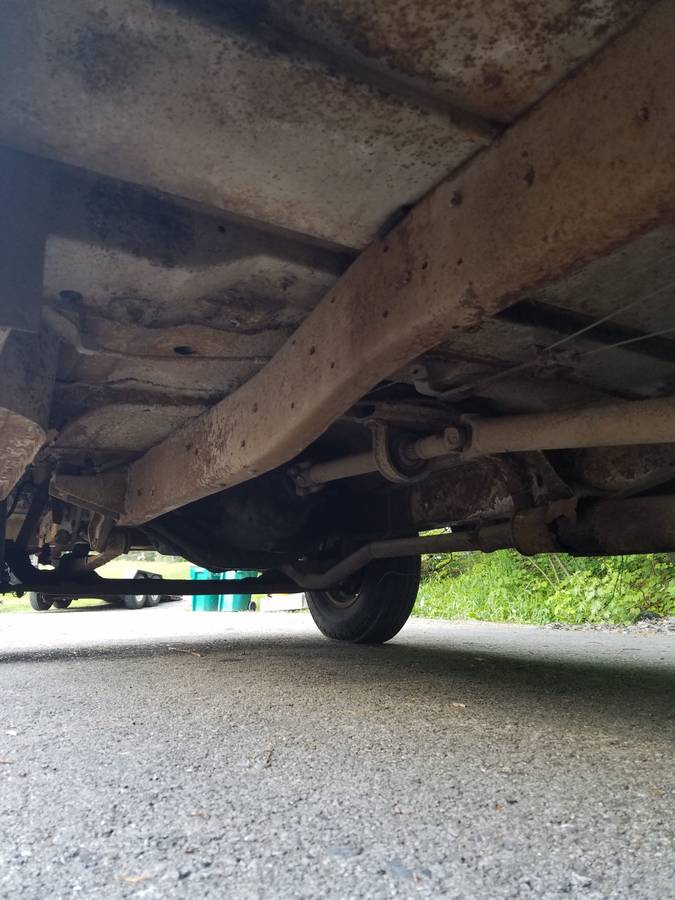 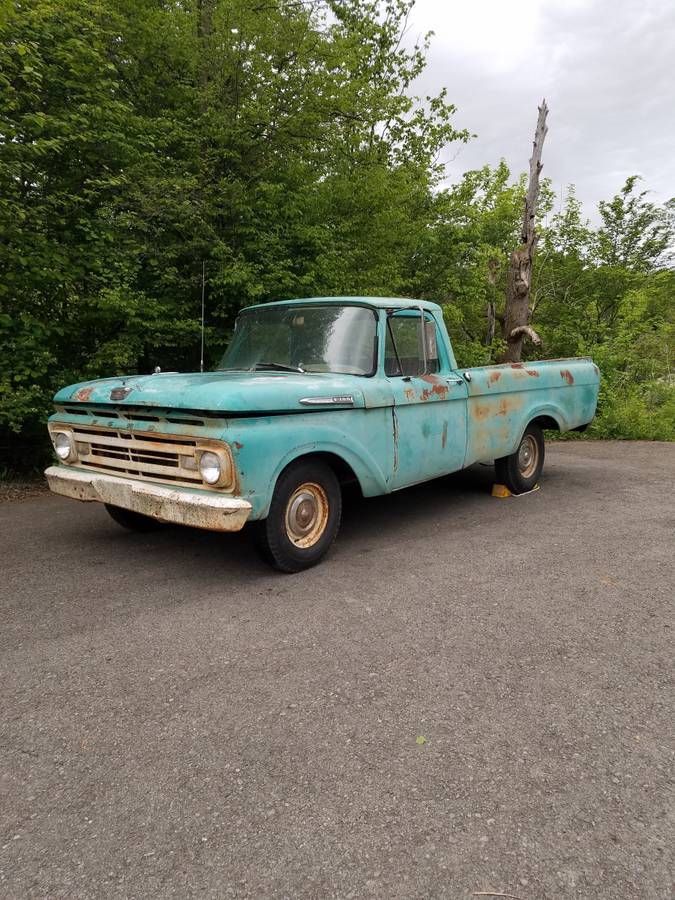 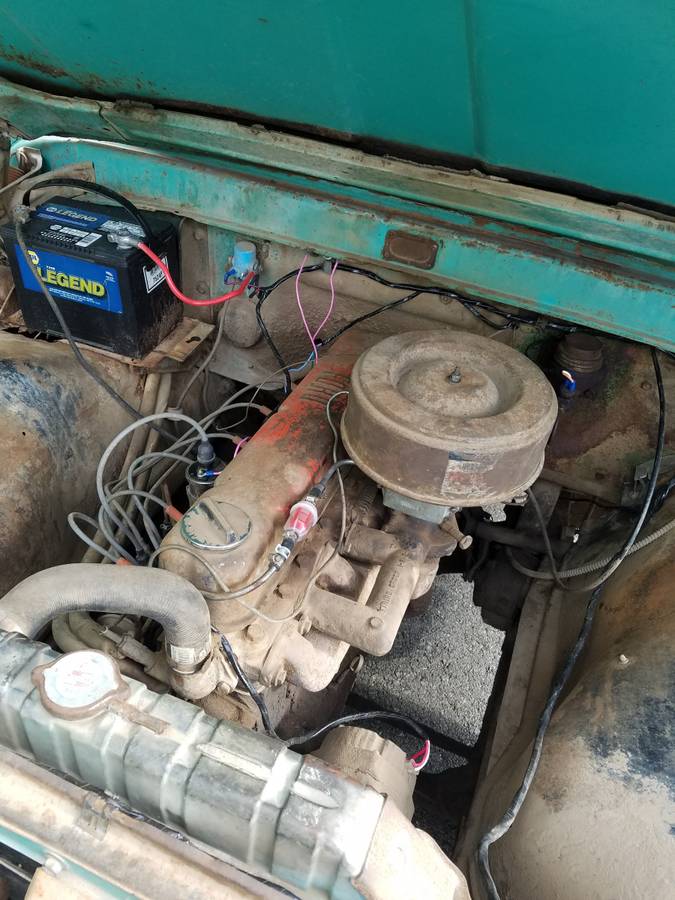 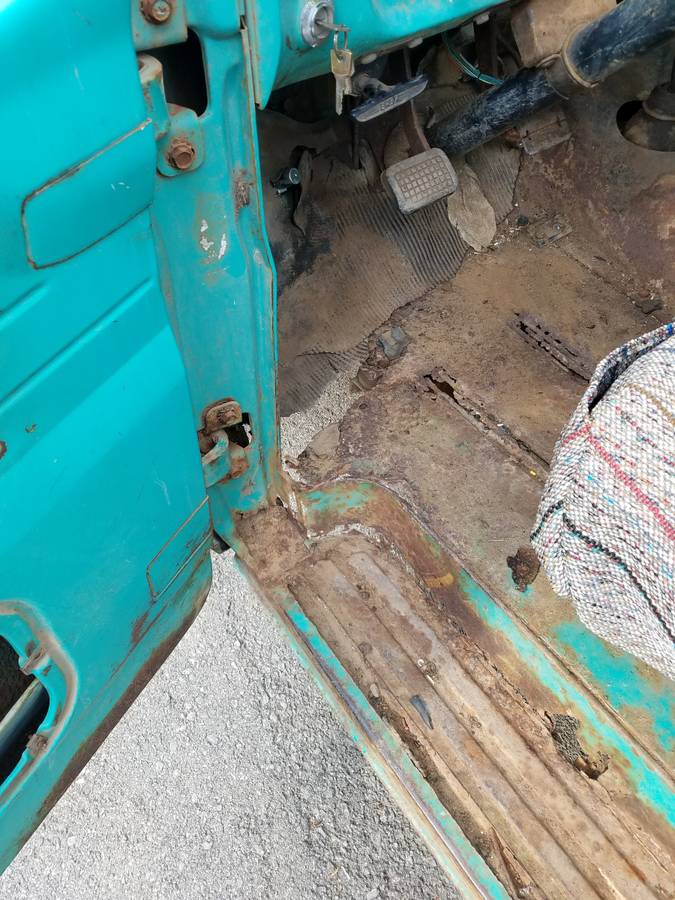 July 31st Update – While updating our database we confirmed the Craigslist posting for this 1961 Ford F-100 expired and with no replacement ad available, we’re assuming the private seller found a new caretaker for their truck.  Consequently, we’re calling this one “Sold!”

Ford’s smooth unibody F100 of the early sixties is becoming  Its no secret old trucks, particularly those of 1960s vintage are becoming popular street machine candidates as the integrated body proves for smooth lines not available on most other trucks.  IF you’re in the market for such a project, this 1961 F100 Long Bed just posted on Craigslist in my home town of Holland, New York (Buffalo) might fit the bill, especially it is patina’d shade of Caribbean Turquoise.  Currently asking $6,500 or best offer, the private seller’s asking price is $1,500 less than the current Hagerty Insurance Online Valuation Tool #4 “Fair” (Daily Driver) estimate of $7,600.

When Ford debuted its fourth generation F-Series truck line for 1960, in addition with traditional separate Flareside beds, Ford introduced unibody trucks. These were originally named as the “integrated pickup” and consisted of the cab and the bed into one continuous piece, with no gap between them.  The design required fewer stampings as the back of the cab served as the leading edge of the bed, less complicated assembly since the single-wall bed sides were spot-welded directly to the door sills, and the body had a less complicated path through the paint process.  This achieved cost savings in the manufacture of the truck, but the one-piece cab and bed body was still mounted to a traditional ladder frame chassis.  Only two-wheel-drive F-100 and F-250 models used this one-piece construction.  Unfortunately poor market reception, likely due to rumors that overloading these trucks caused the doors to jam shut, the unibody trucks were dropped midway through the 1963 model year.

Said to be a originally a midwest truck, the private seller states that while the 223 cubic inch inline six powered truck runs and drives, it needs brakes before returning to the road.  Also in need of some floor pan work, a a complete interior redo and a tail gate, this F1oo begas the question of whether you restore it to its former entry-level truck status or use it as the basis for an all-Ford street machine or restomod build that keeps the wonderful patina.  What would you do?

Restore or Restomod – what would you do with this F100?  Comment below and let us know!