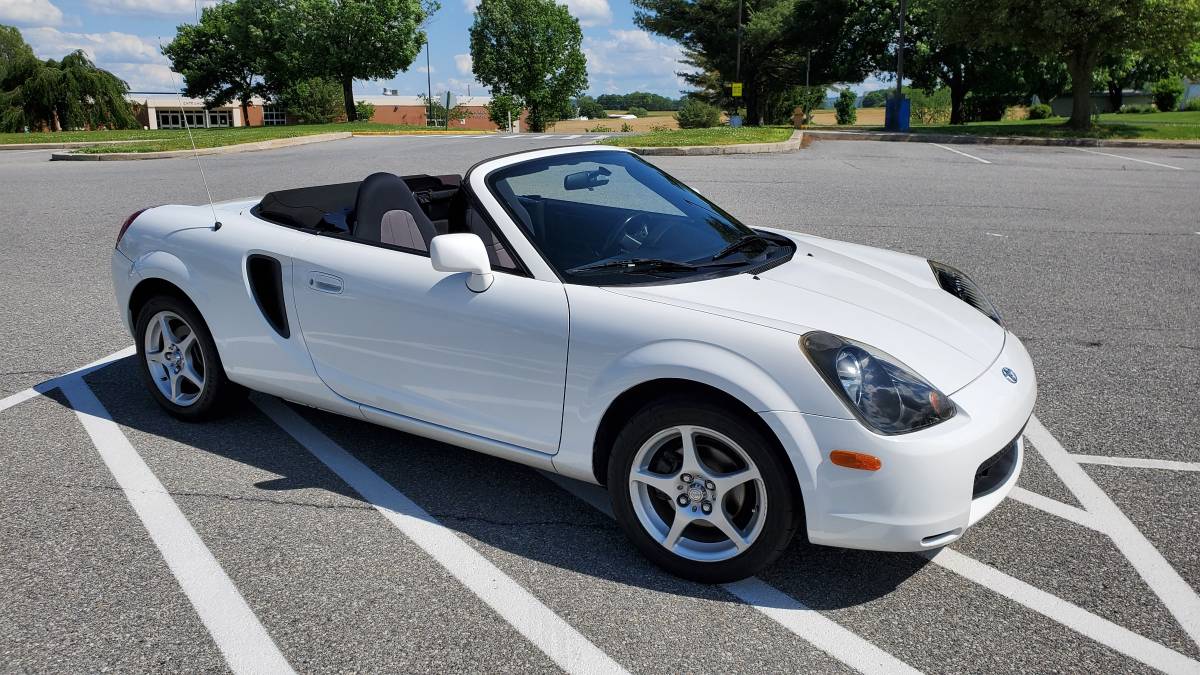 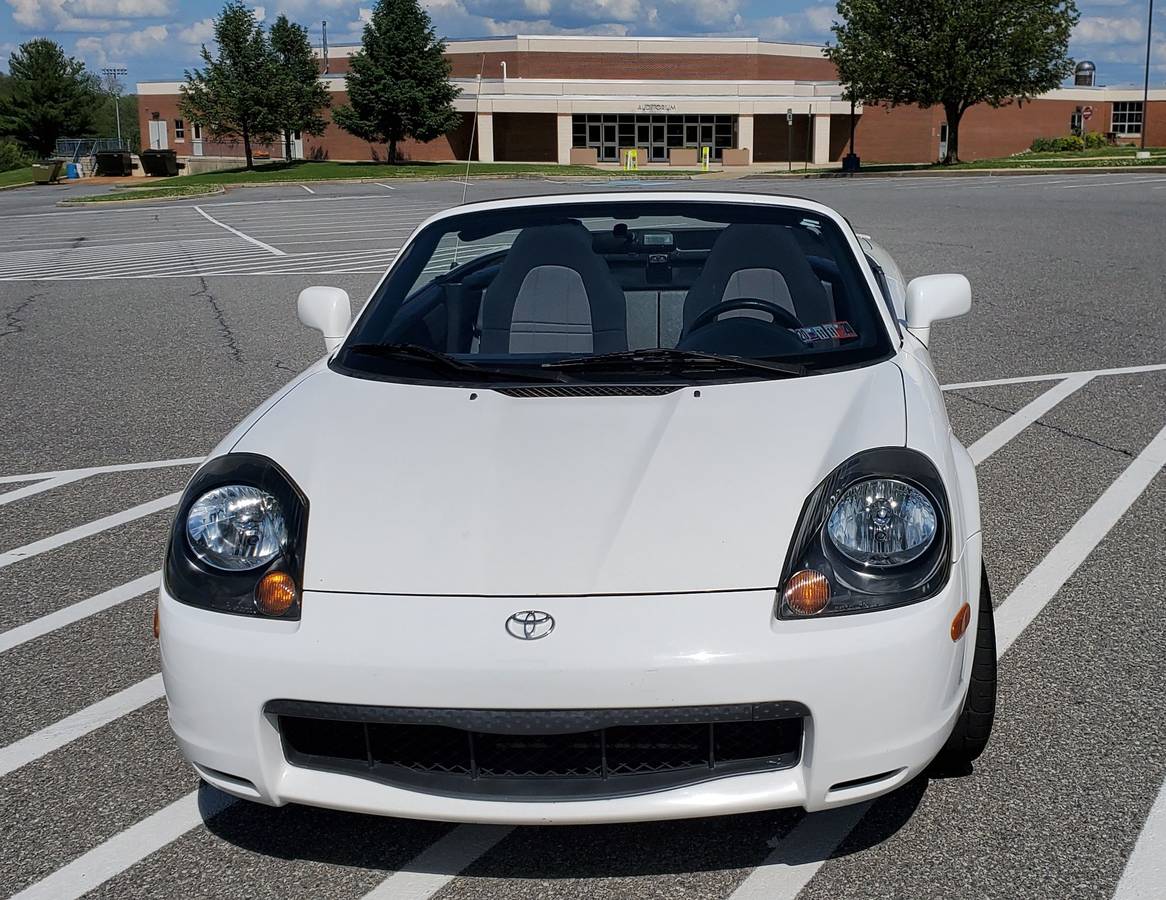 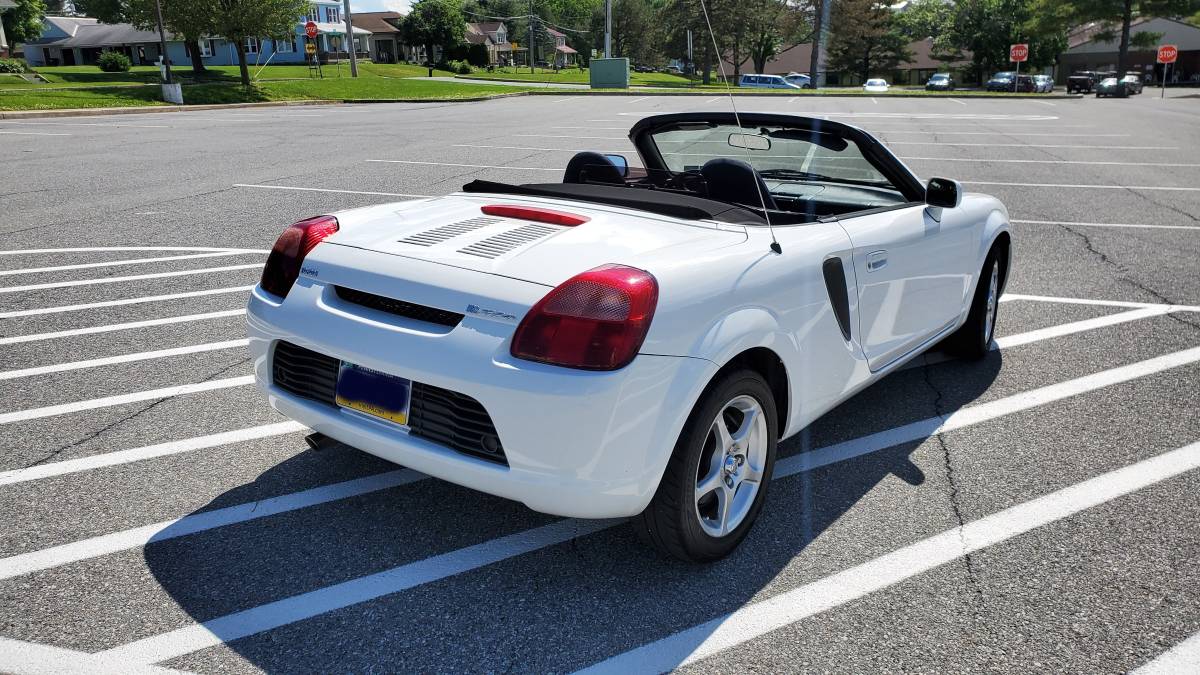 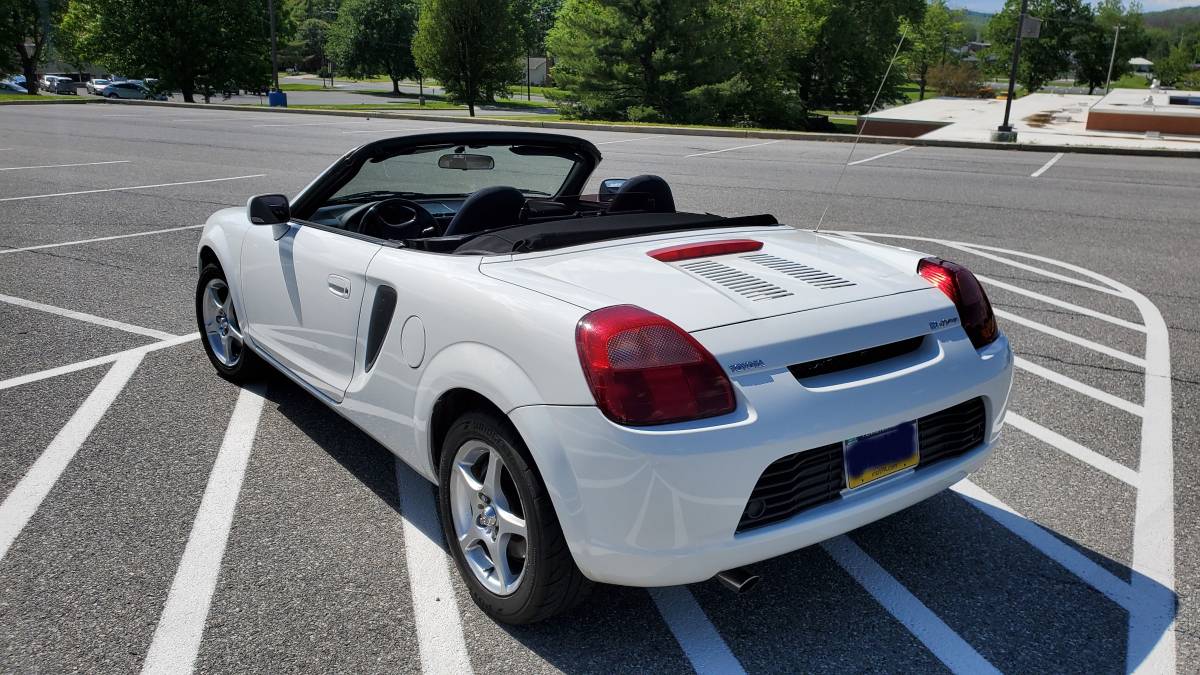 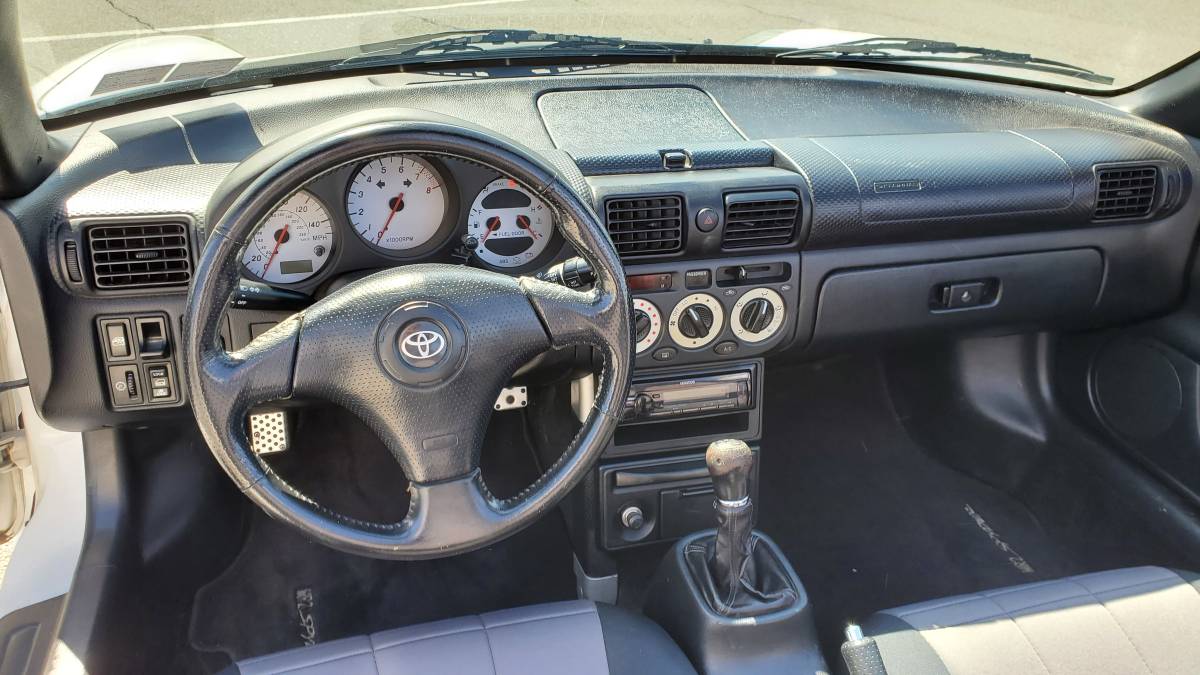 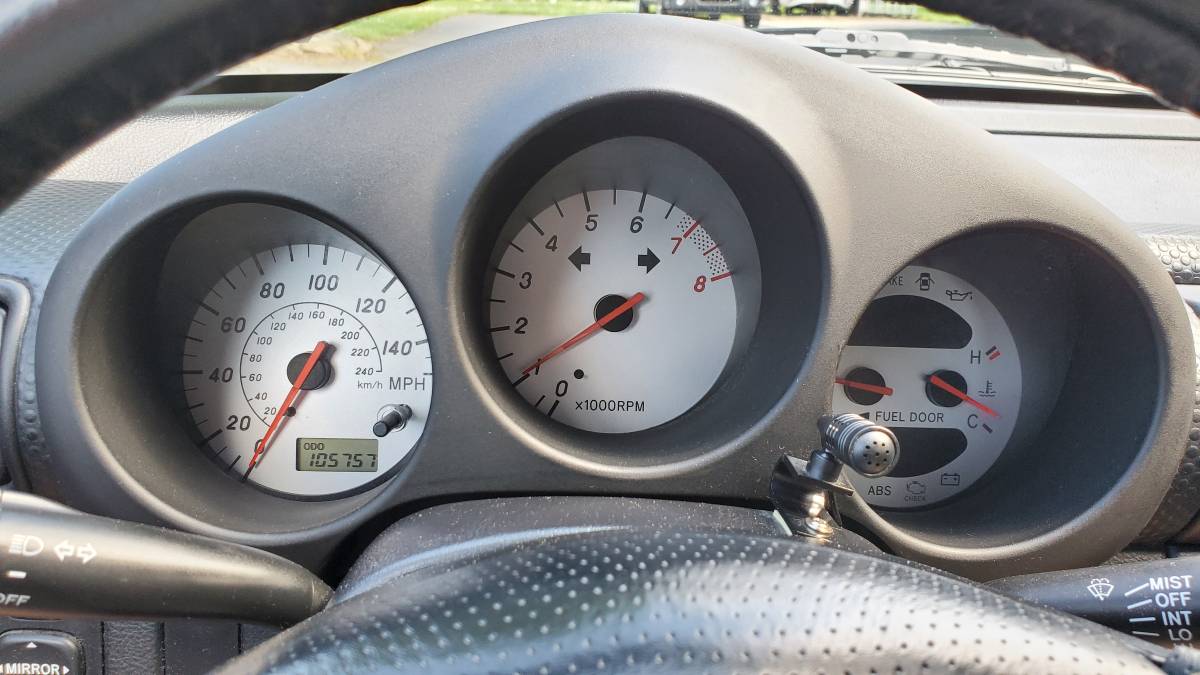 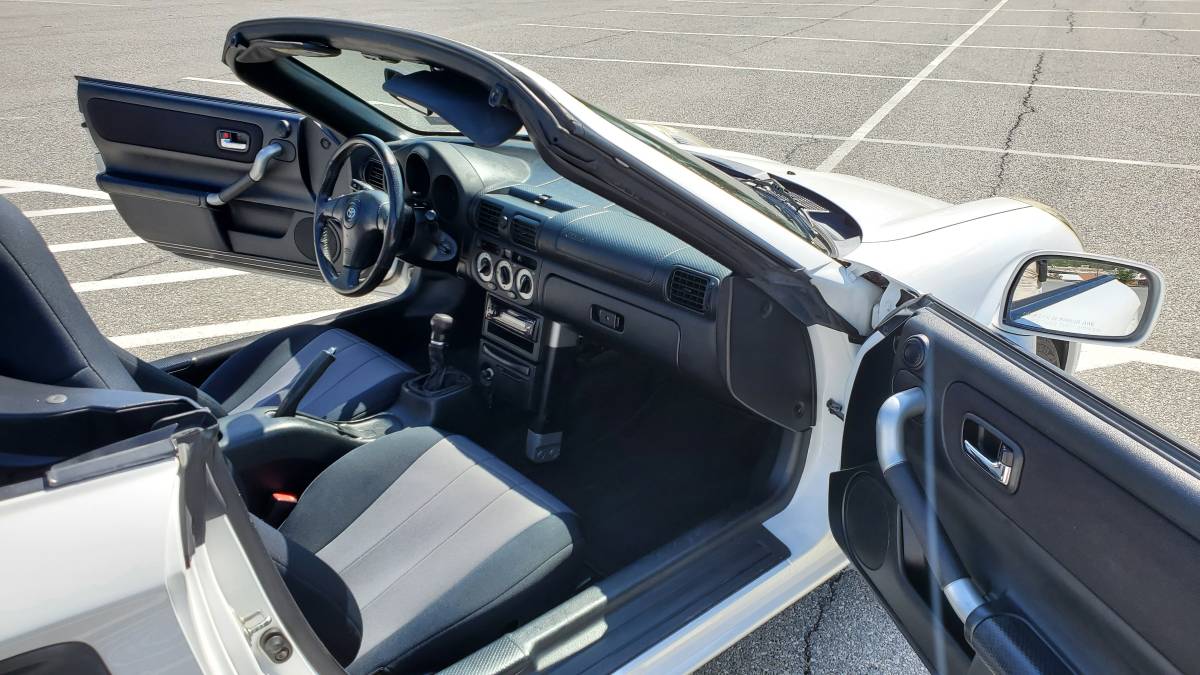 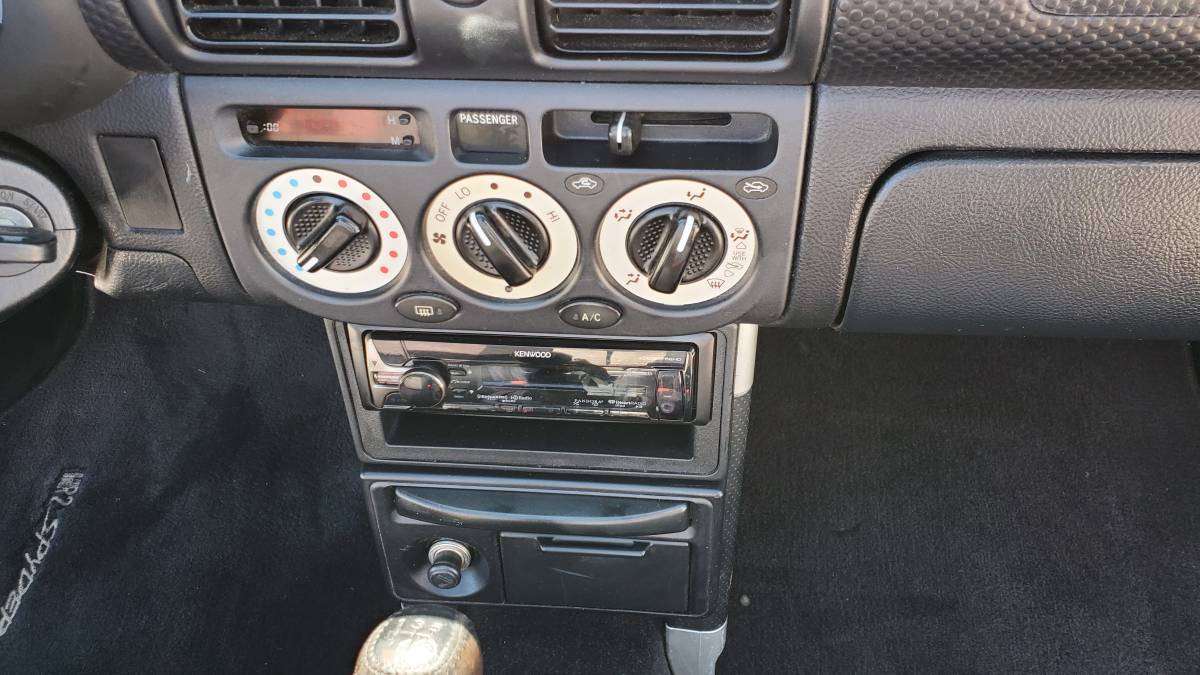 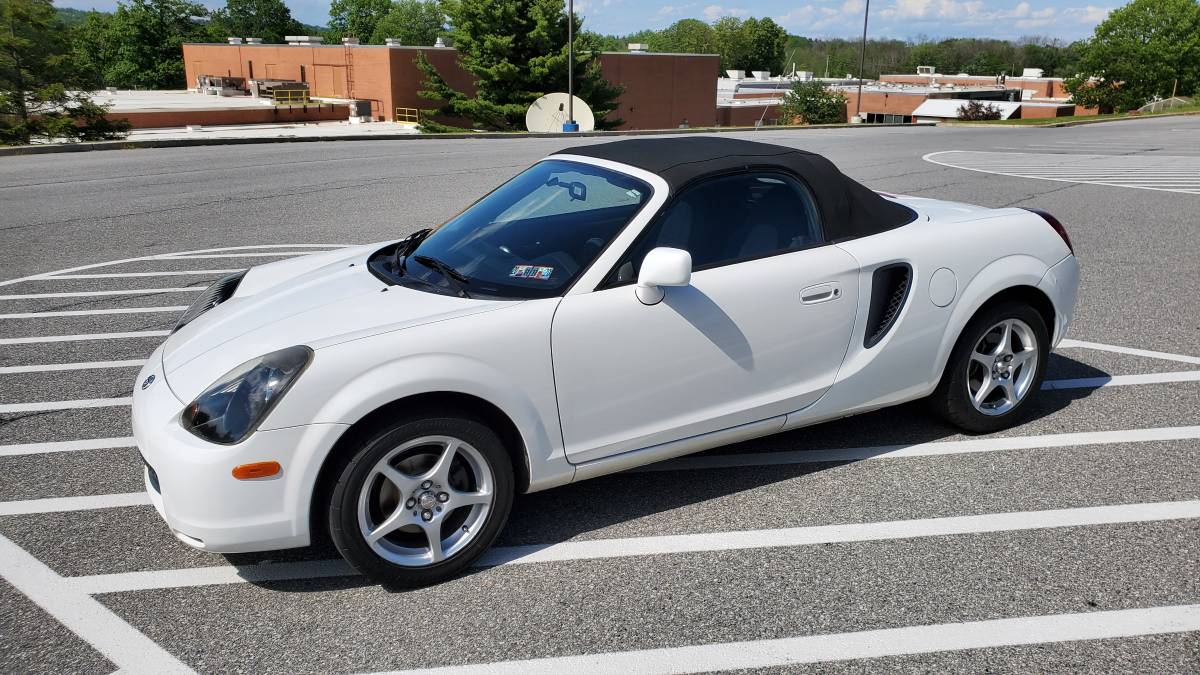 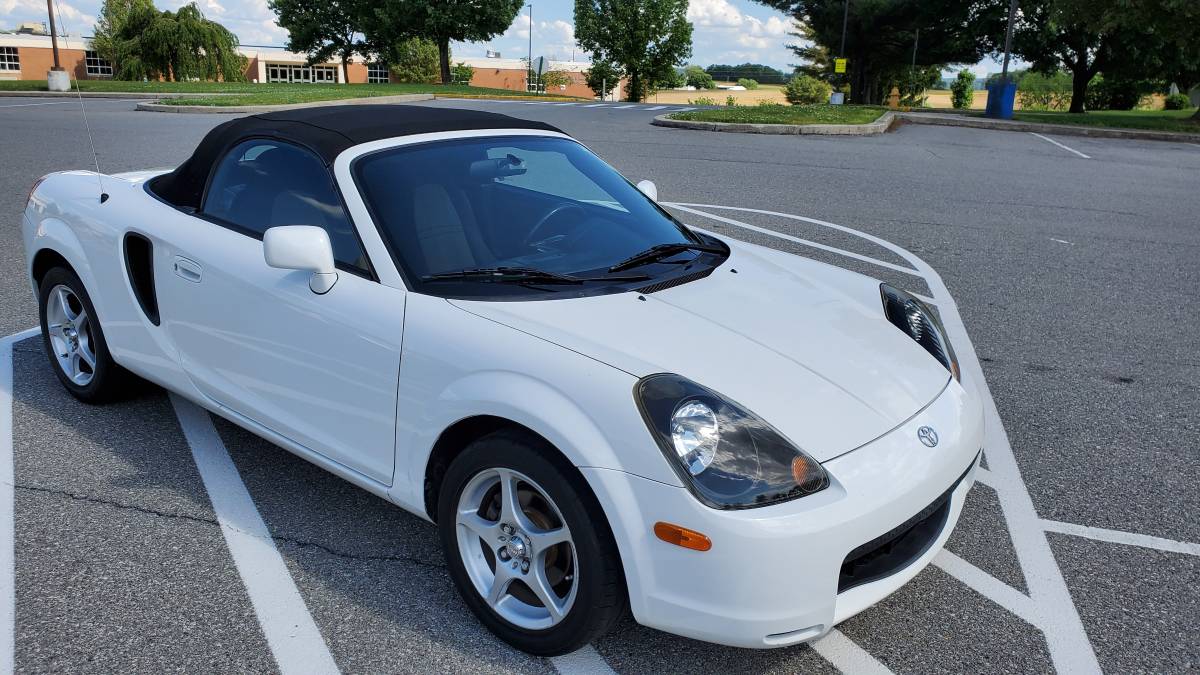 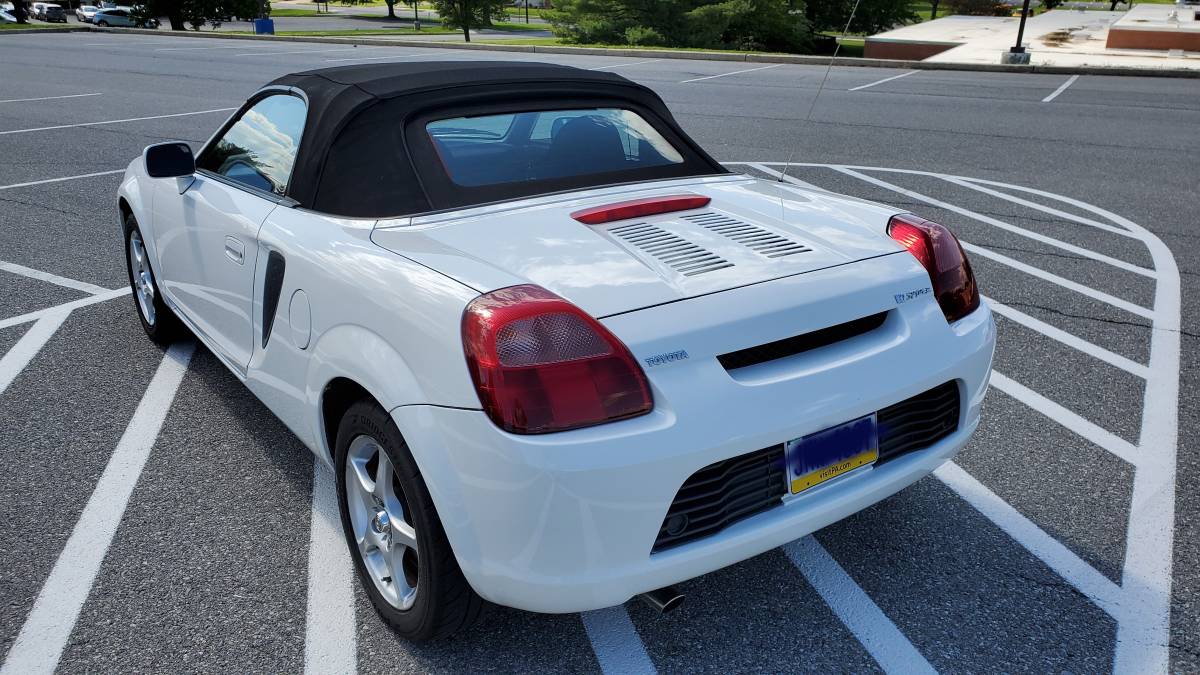 The GuysWithRides Team is very fond of mid-engine roadsters and the third-generation Toyota MR2 such as the white example currently listed on Craigslist in Kutztown, Pennsylvania is no exception.  Reported to have 106,000 miles on the car and 65,000 on the replacement engine, the current caretaker is asking $6,500 for their Spyder.  Checking the Hagerty Insurance Online Valuation Tool confirms this private seller has their MR2 priced $500 above the current #3 “Good” estimate of $6,000.

When it came time to develop a replacement for the “Poor Man’s Ferrari” second-generation W20 MR2, Toyota hoped to capitalize on Porsche’s recent success by offering a more affordable mid-engine roadster than the entry-level Boxster. MR2 Spyder engineers at the time set out to achieve true driver enjoyment by blending good performance with low inertia and lightweight. Engineers developed a relatively long wheelbase which pushed the car’s wheels close to the corners to achieve high stability and fresh new styling.  They also developed the body structure to be as simple as possible to allow for easy customizing and low replacement cost.

If you’re looking for a summer fun car with no storage space to just have fun driving, this MR2 may be the car you as long as your in-person and pre-purchase inspection confirm everything works as described.  Good luck with the purchase!

“2000 Toyota MR2 Spyder Convertible
Mid-engine rear wheel drive
Runs Great. Fun to drive roadster experience.
Convertible roof replaced in 2015 with high end canvas. Roof is in great shape and looks better than original
No leaks – even when driving in a downpour.
Updated entertainment system in 2015. Kenwood unit with Bluetooth, hands-free calling, USB, CD, and new speakers with vibration dampening in doors.
**New front brakes (pads & rotors) less than 200 miles ago.**
AC & Heat work well.
Seats are worn (but not torn) covered with custom made tight fitting covers.
No rust
106,000 miles on car but only 65,000 on engine. Previous owner replaced engine after pre-cat failure damaged original. Replacement engine does not have the failure prone pre-cats.
Tires – about 70% in rear and 40% in front
Inspected through 11/20

It’s a real head turner. You seldom see MR2 Spyders in white and seldom in this condition.“