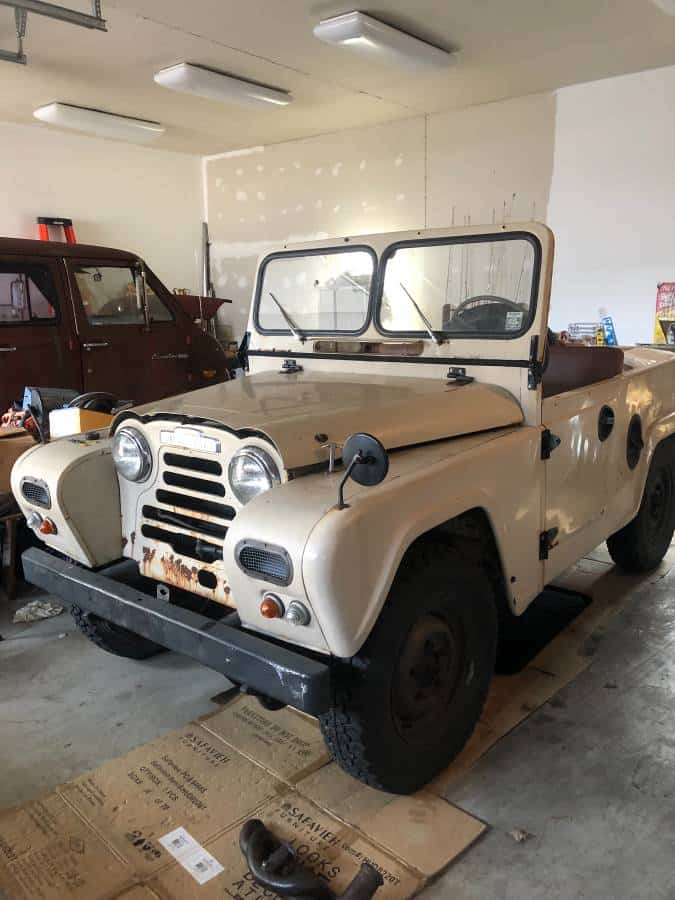 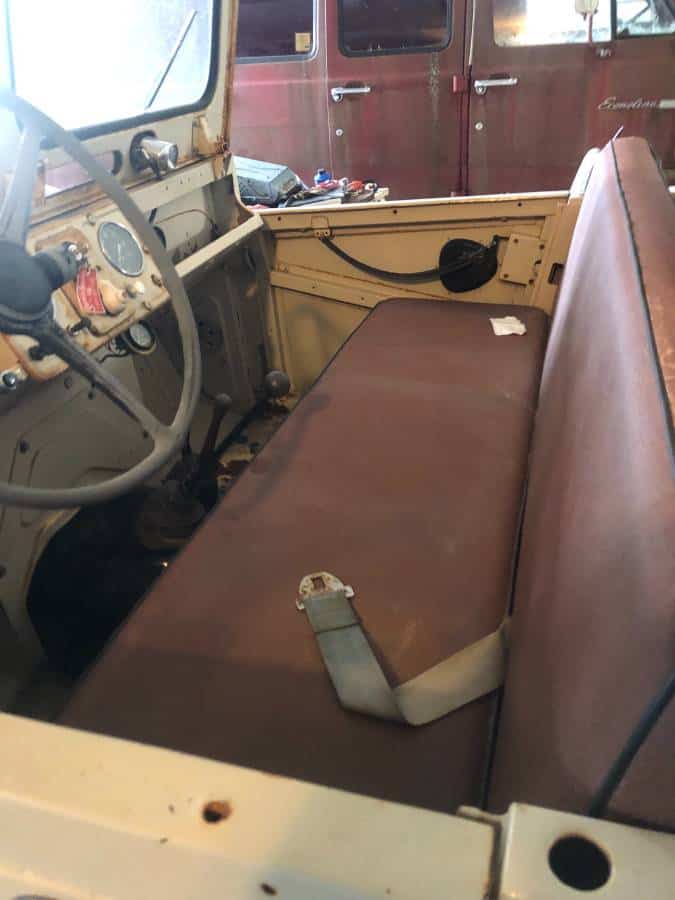 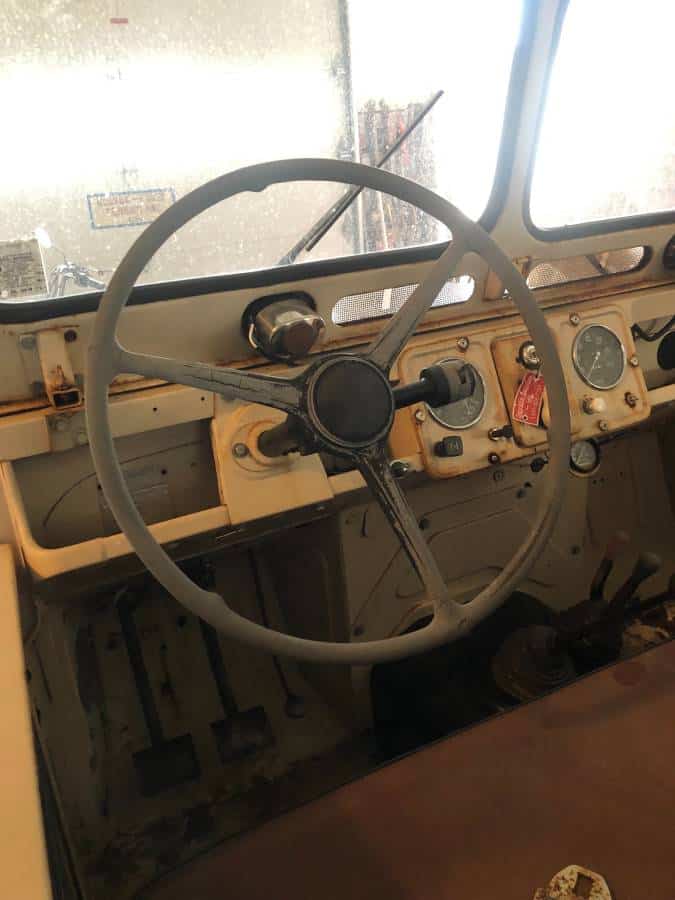 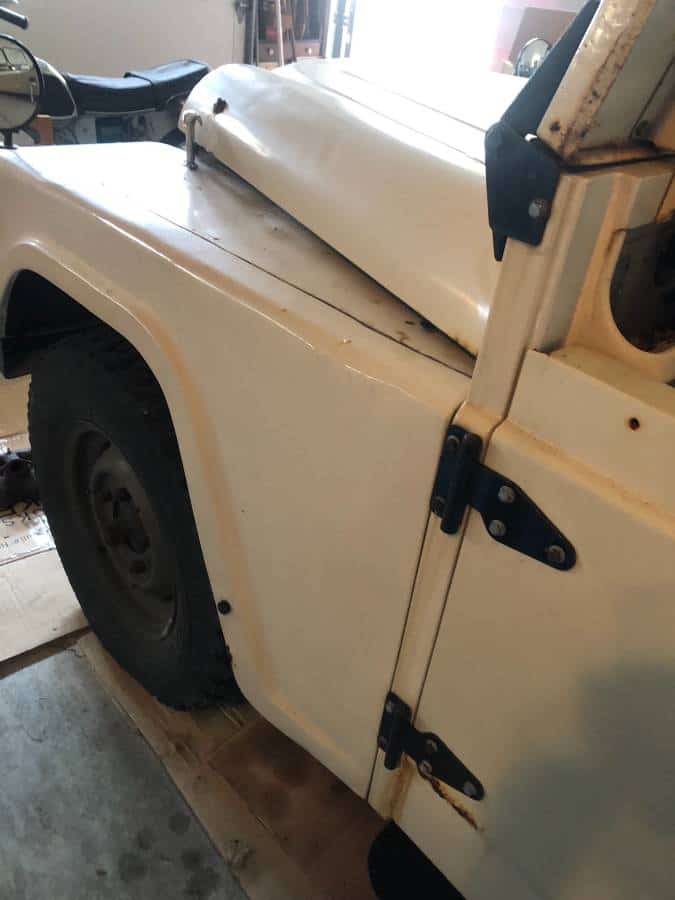 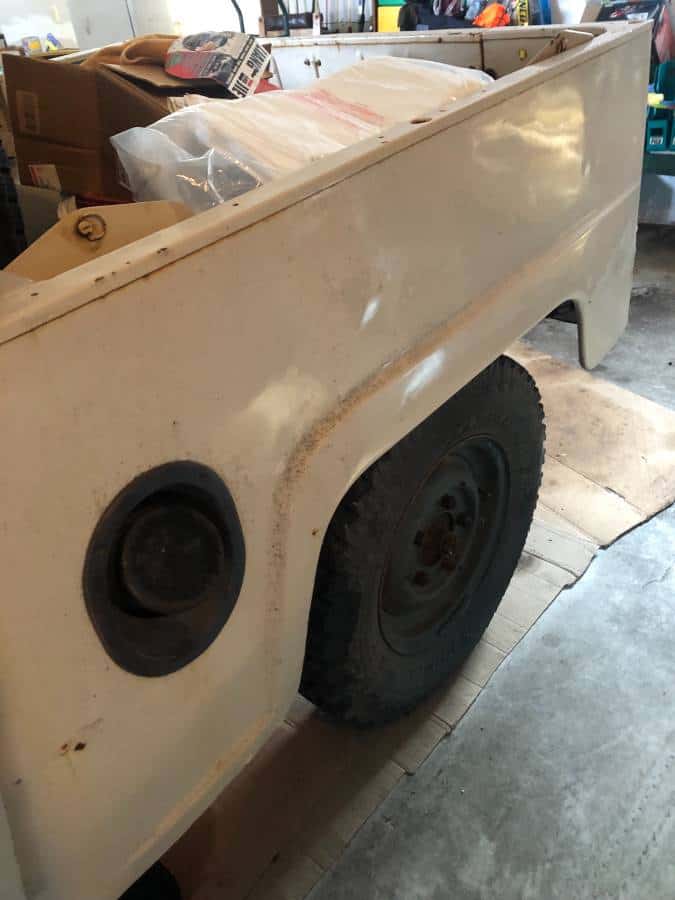 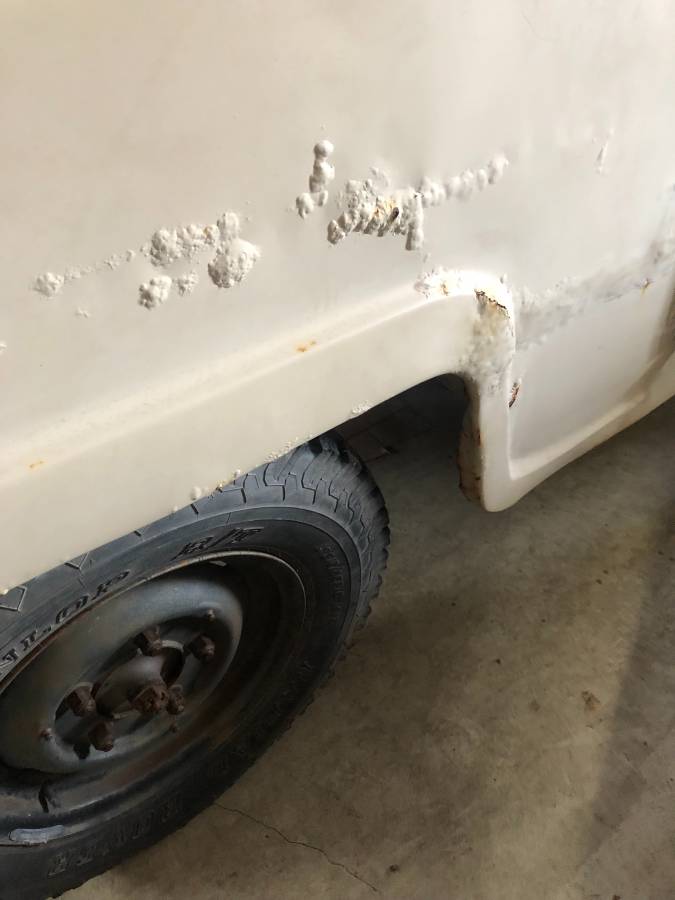 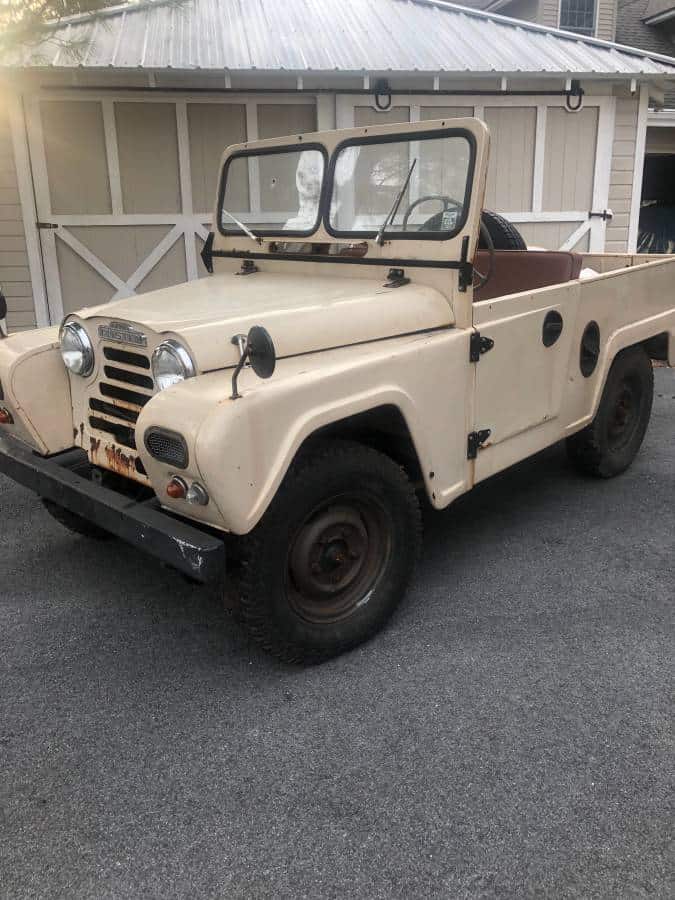 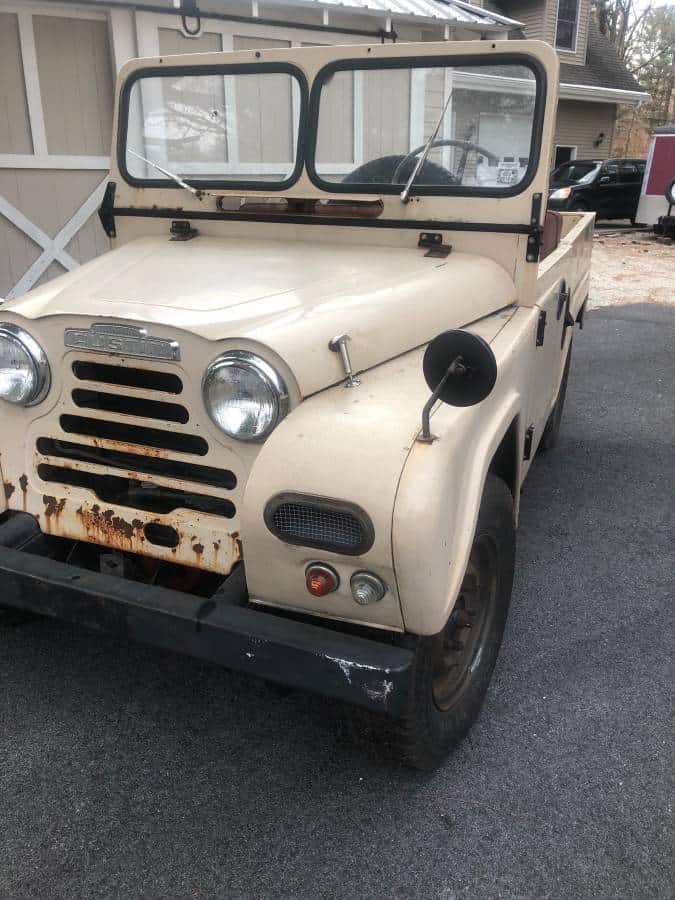 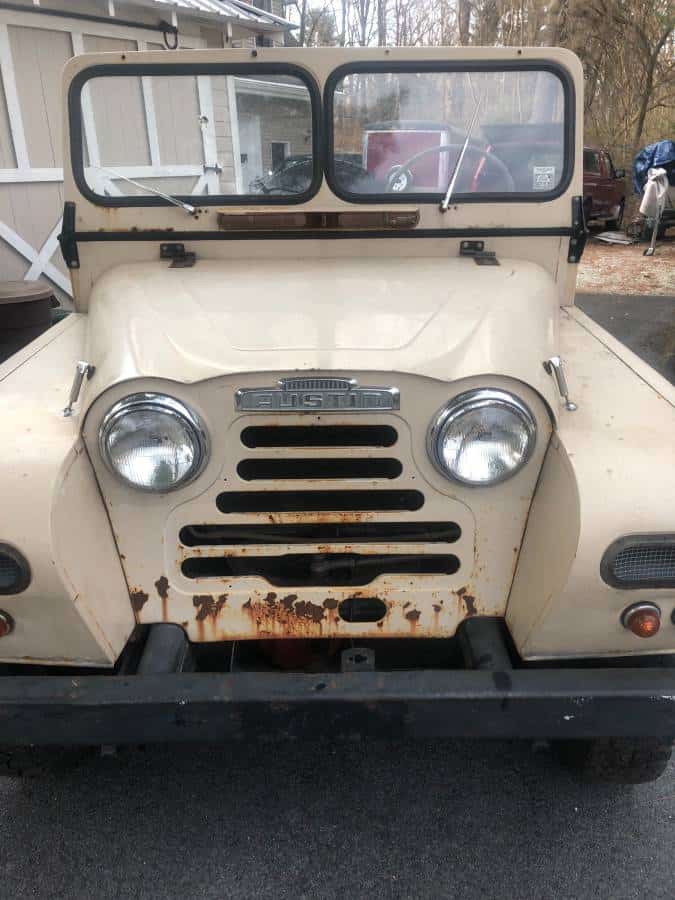 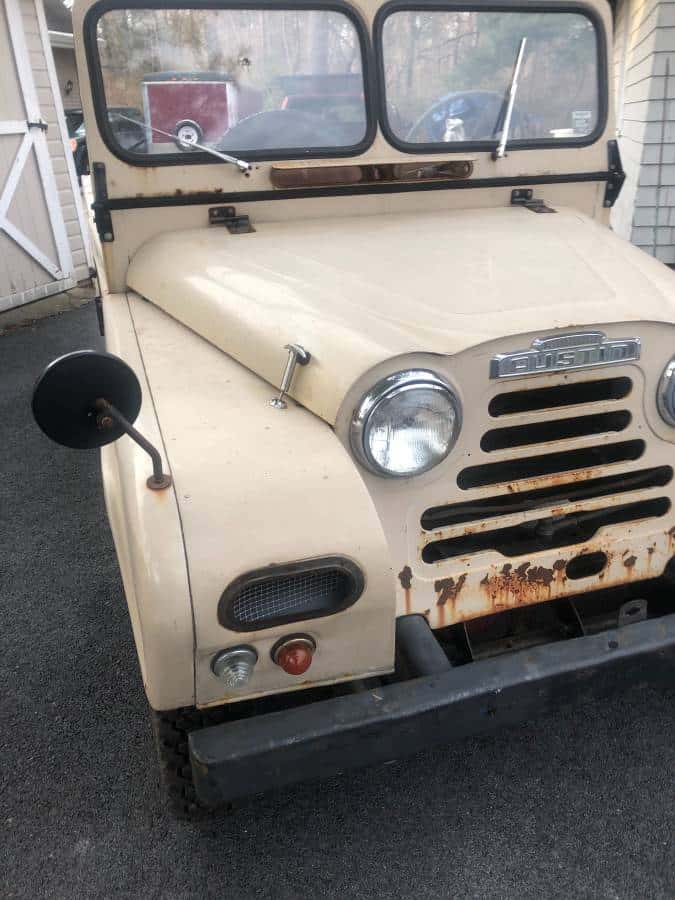 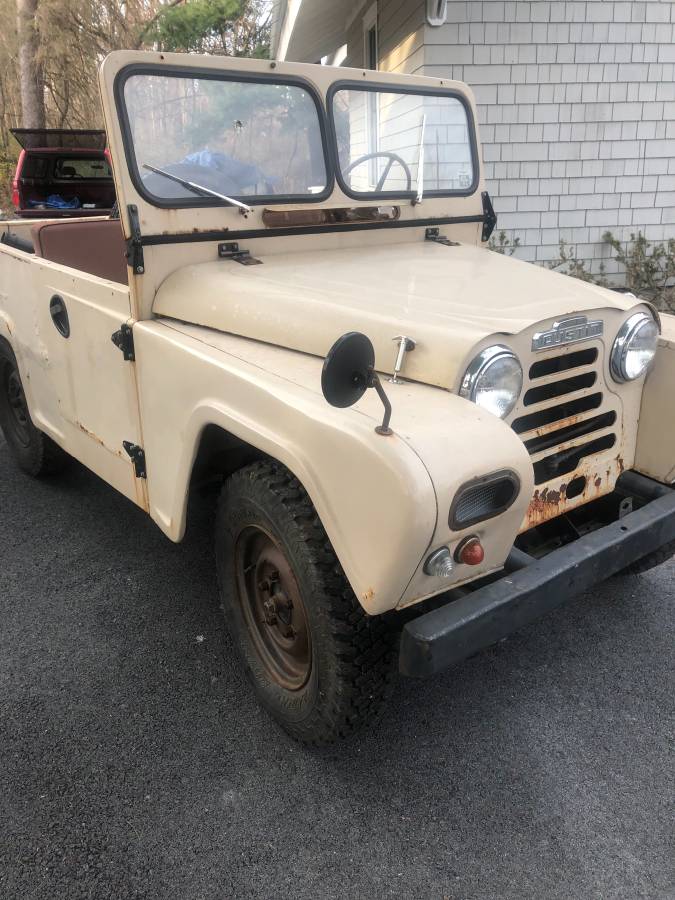 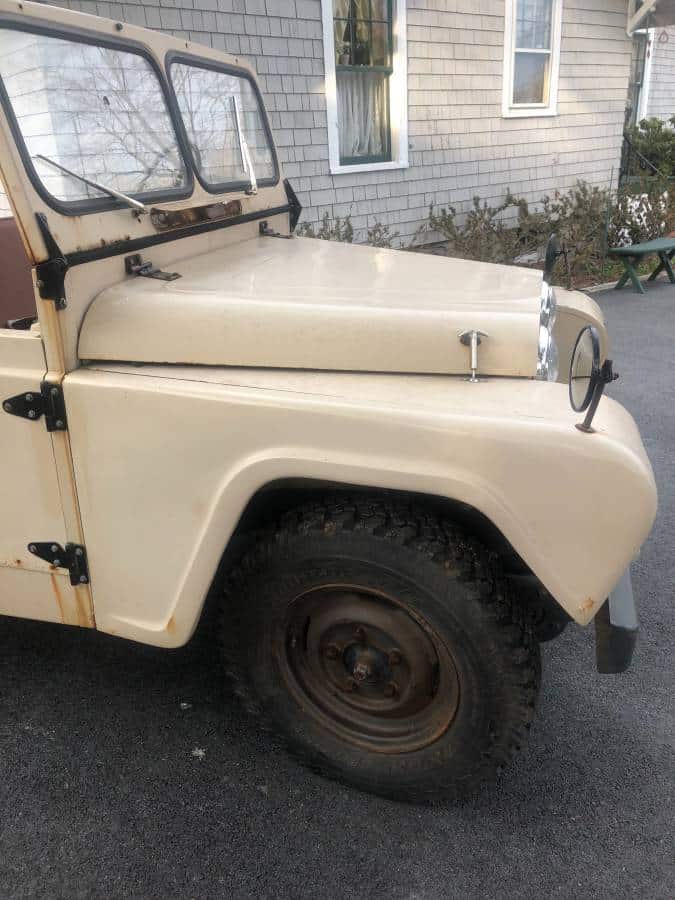 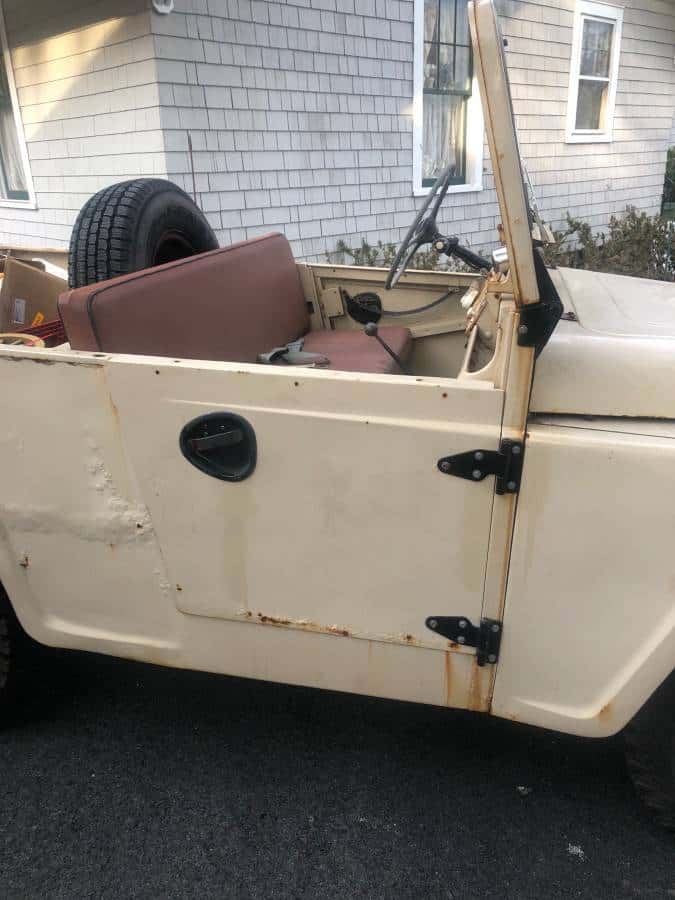 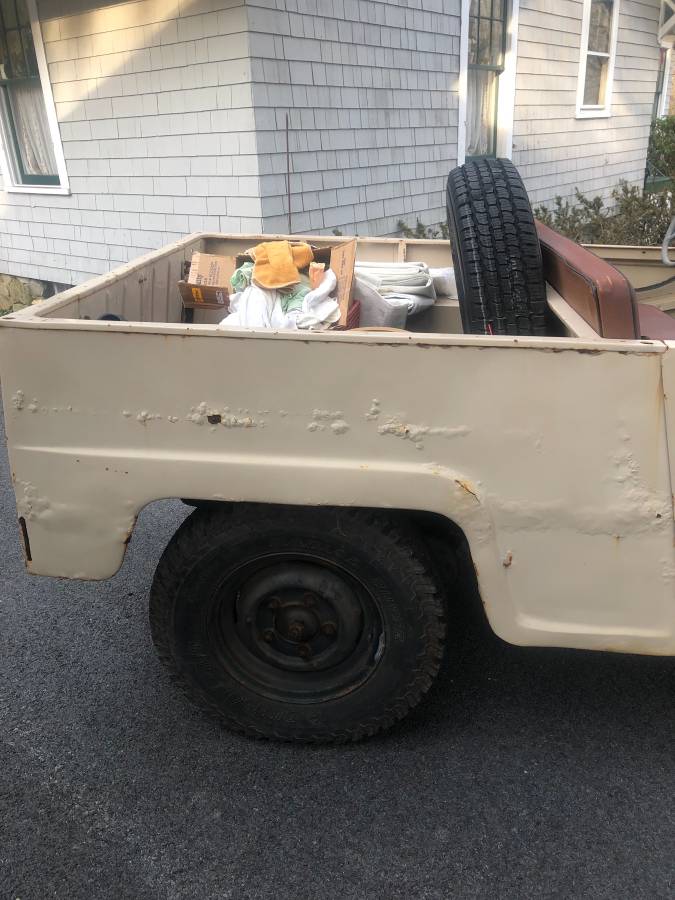 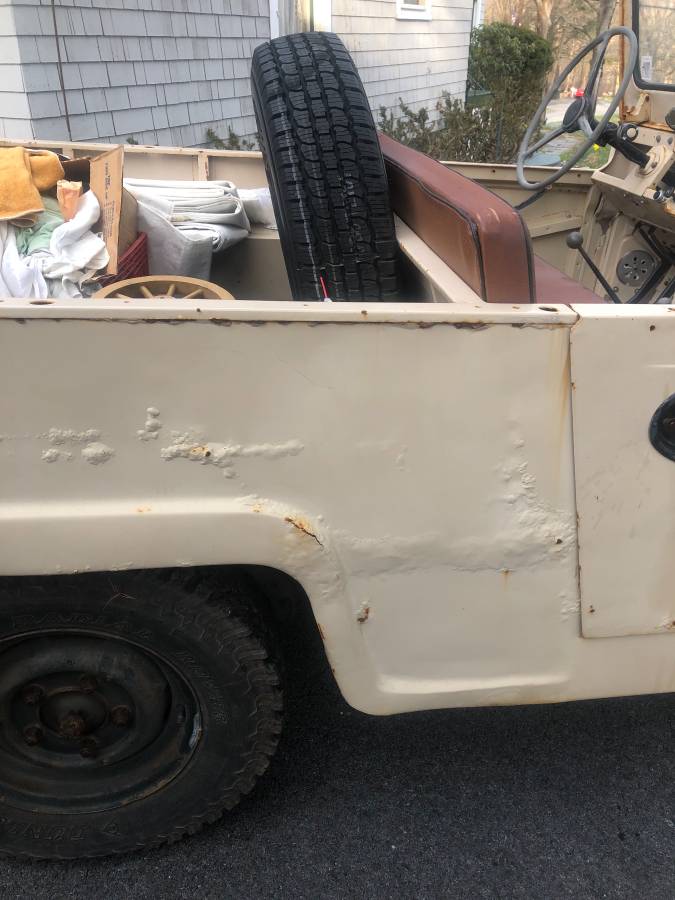 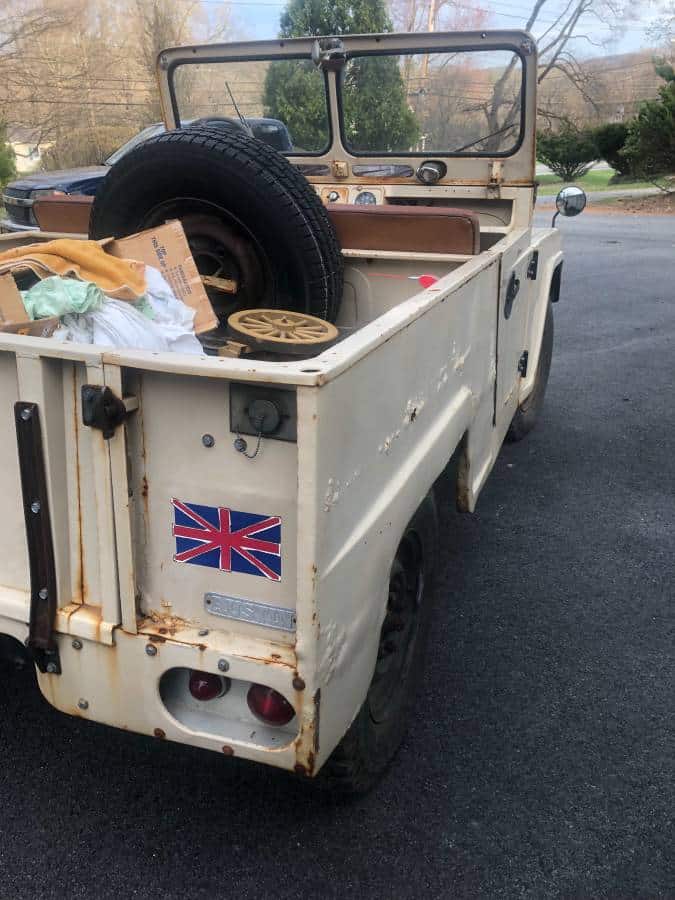 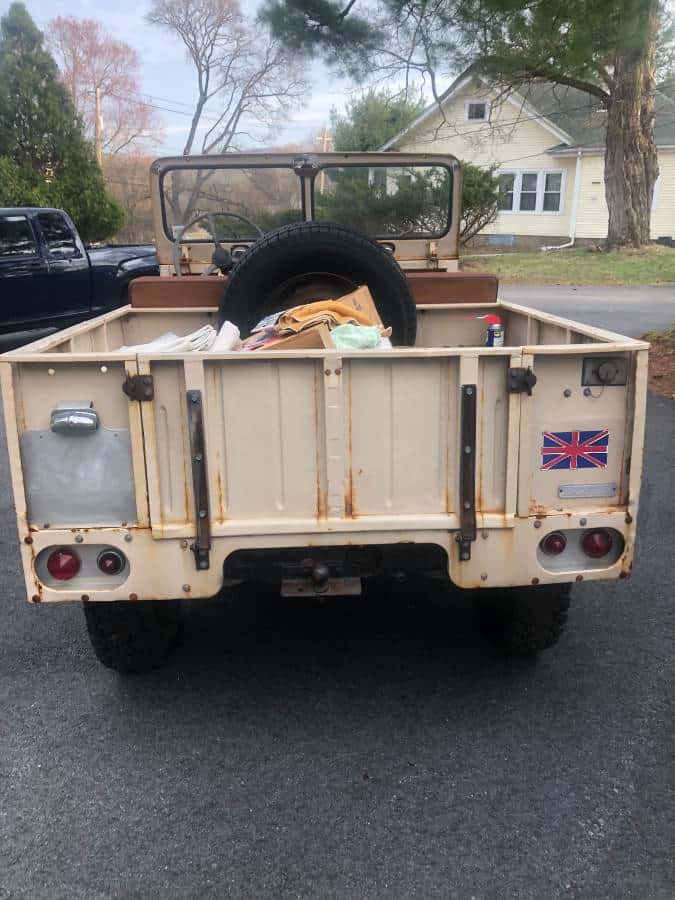 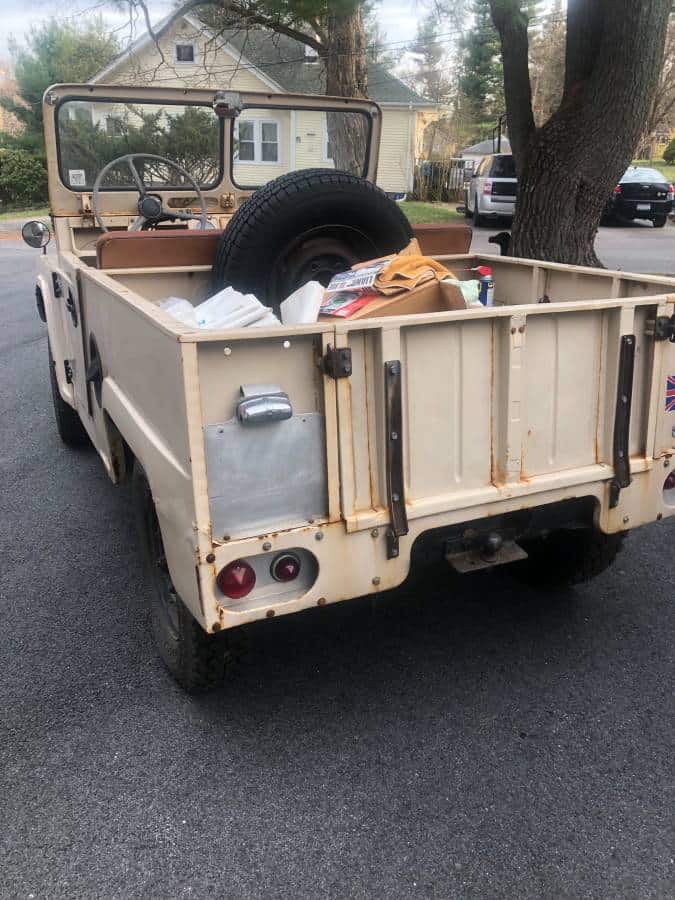 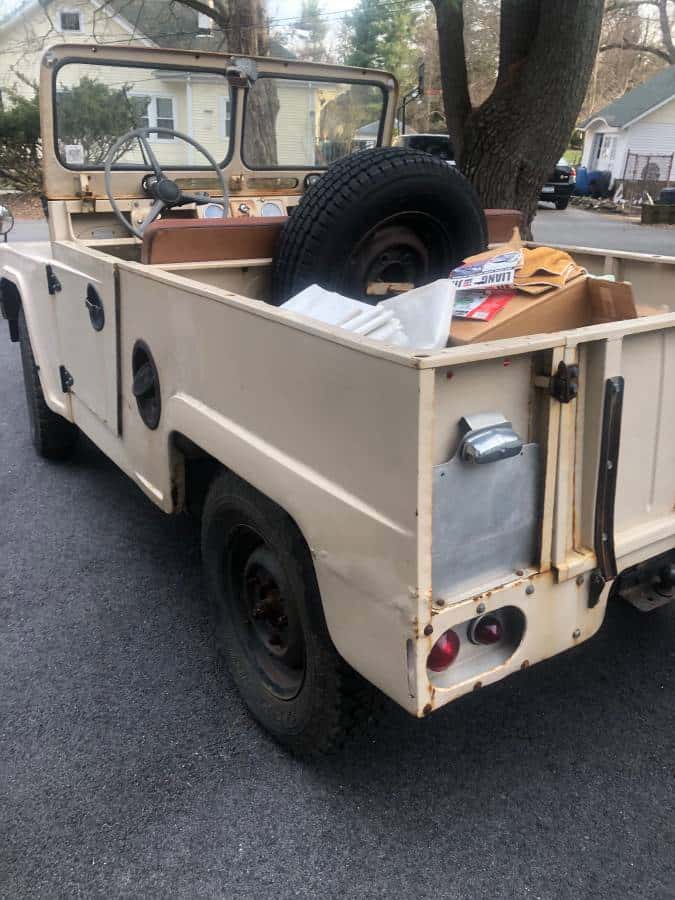 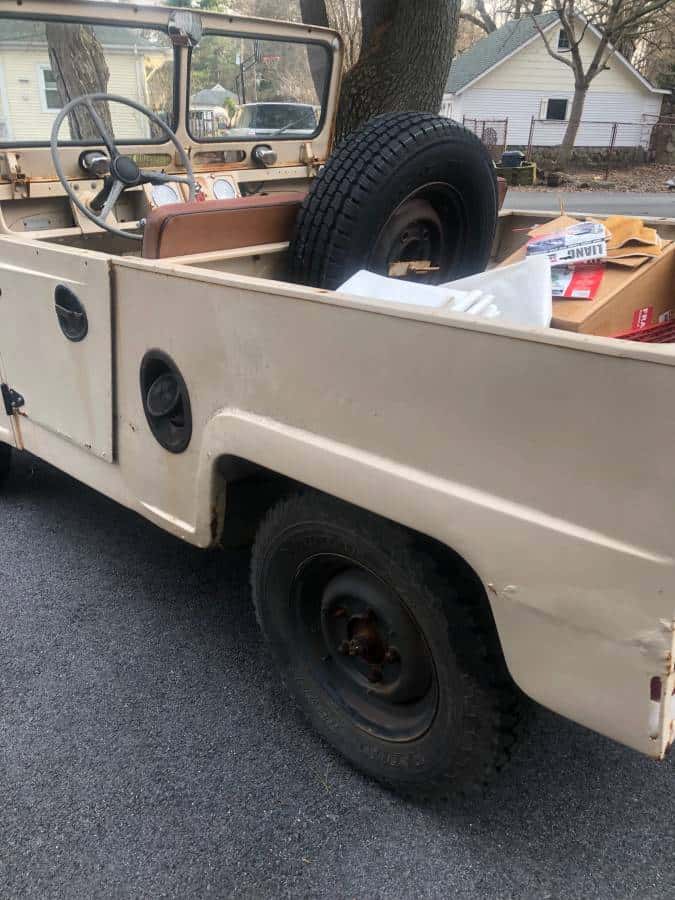 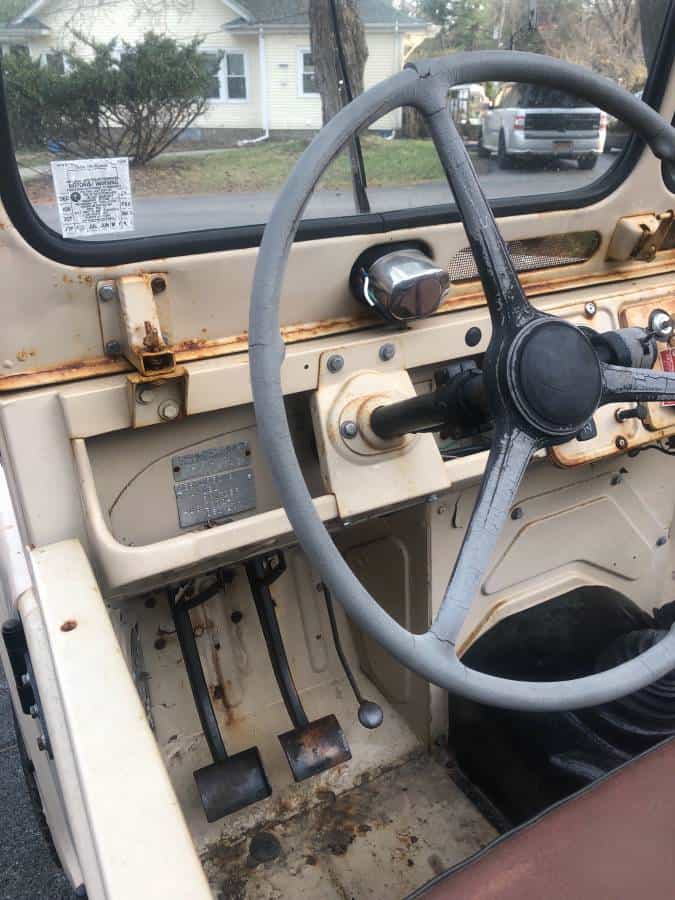 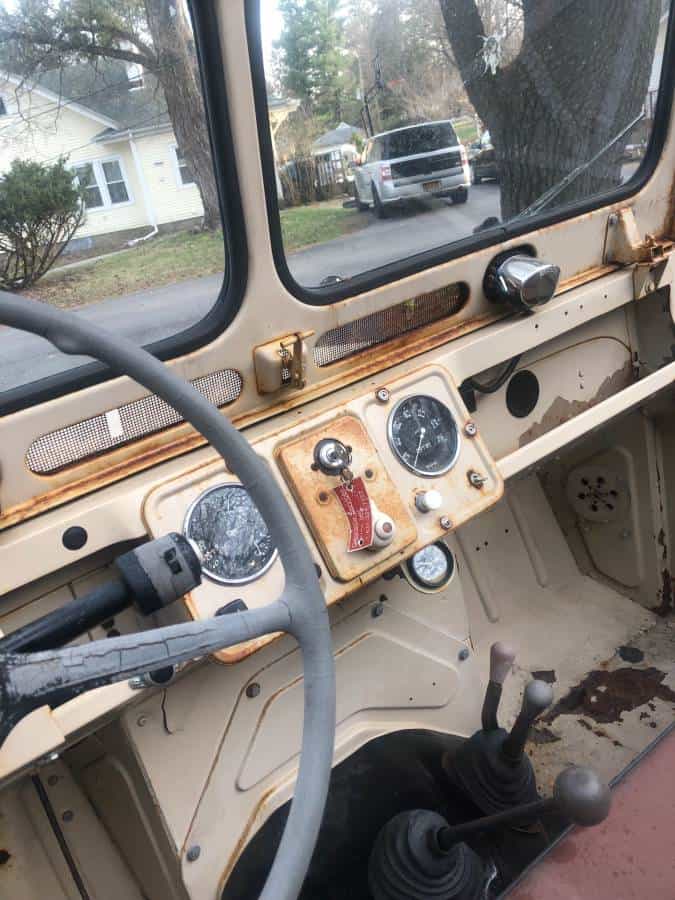 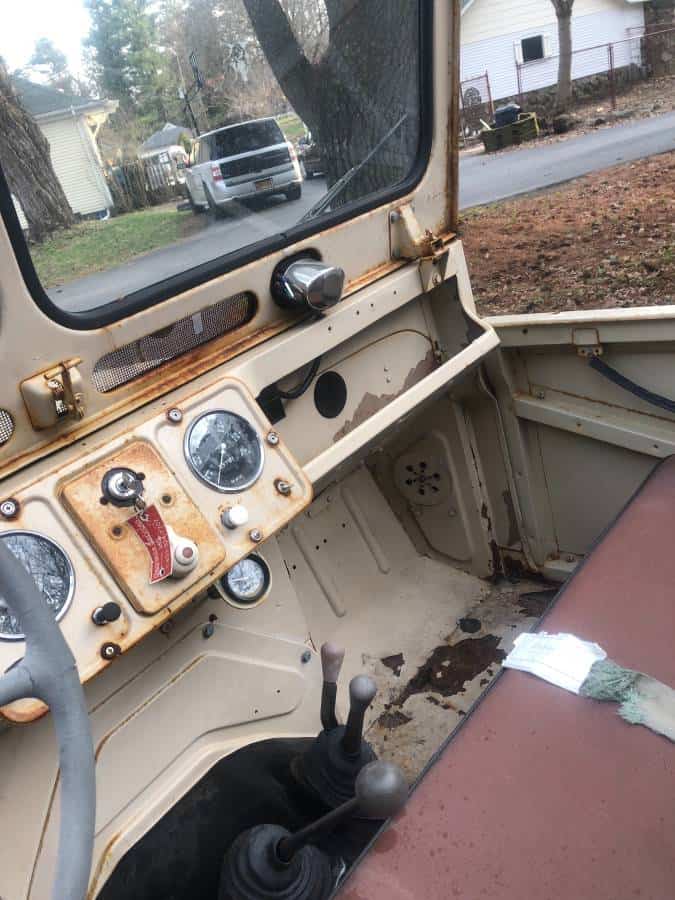 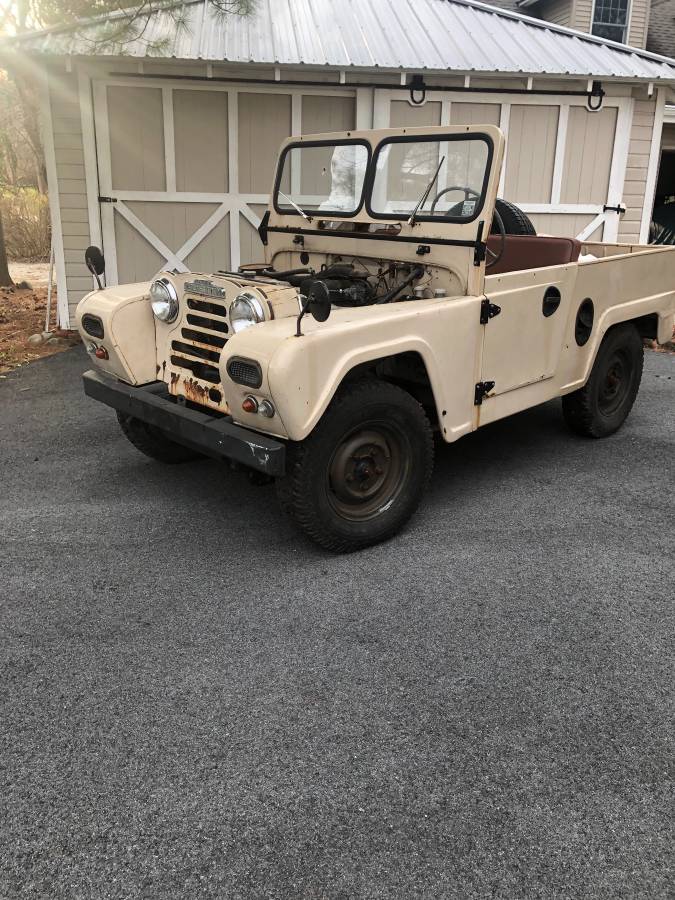 June 22 Update:  our latest study in human nature confirms that this rare Austin Gipsy we first featured in January remains for sale as we just came across an updated listing.  At the time, the private seller unsuccessfully offered their Austin for $7,000. Despite the apparent lack of response at the time for this rusty example at that price, his latest post now offers the Gipsy at $7,500.  If you’re serious about buying this off-roader, you now have that historical knowledge in hand to negotiate with.  Good luck with the purchase!

Relatively speaking, while vintage Land Rovers remain a rare sight in the U.S., they are much more common than this Austin Gipsy we spotted for sale on Craigslist in Warwick, New York where the current caretaker is asking $7,000 for it. Unfortunately, Gipsys were never officially imported into the U.S. and remain so rare that our typical valuation sources do not even list them.

Hoping to get a piece of the British Military off-road soft vehicle (i.e. non-armoured) market, Austin unsuccessfully introduced the Mudlark quickly followed by the Champ.  Both were seen as over-complicated and expensive maintenance headaches that never gained any traction (sorry, pun intended) in the market.  Learning from these mistakes, by 1958 Austin developed the Gipsy.

While the new Gipsy was similar in appearance to the Land Rover, Austin elected to use steel bodywork. An innovative fully independent suspension developed by Alexander Moulton relied on sophisticated “Flexitor” rubber springs to give the Gipsy the ability to travel at high speeds over rough terrain.  Using the BMC 2.2 liter engine from Austin’s A70, in this application it had a compression ratio of only 6.8 to facilitate the use of low octane fuel.  The Gipsy remained in production for ten years until 1968, when BMC (which by then owned Austin) merged with Leyland to form the conglomerate British Leyland.  Product rationalization immediately following the merger left the Gipsy a victim after Austin produced 21,208 vehicles.

If you’re a British vehicle enthusiast and dare to be different, this Gipsy may be just the vehicle to add to your collection.  Unlike a typical aluminium-bodied Land Rover, this steel-bodied Gipsy clearly will need a fair amount of rust repair to bring it back to its former glory.  Once complete, however, the older restoration of all the mechanicals and basic interior will leave you with a unique and rare off-road vehicle you will never likely run into in your travels.  Good luck with the purchase!

“Seldom Seen
1962 AUSTIN Gipsy
Runs and drives Starts easily it’s driver
Was restored….
BUT was left outside in the weather for a while Inside stored now
GOOGLE Search 1962 Gipsy
see it in it’s beauty days….. As those pictures are this Gipsy before sitting outside
Bigger than HUGE repair bill 2018 to get it on the road
RUNS DRIVES AND STOPS AS IT SHOULD
Drive it as is OR“