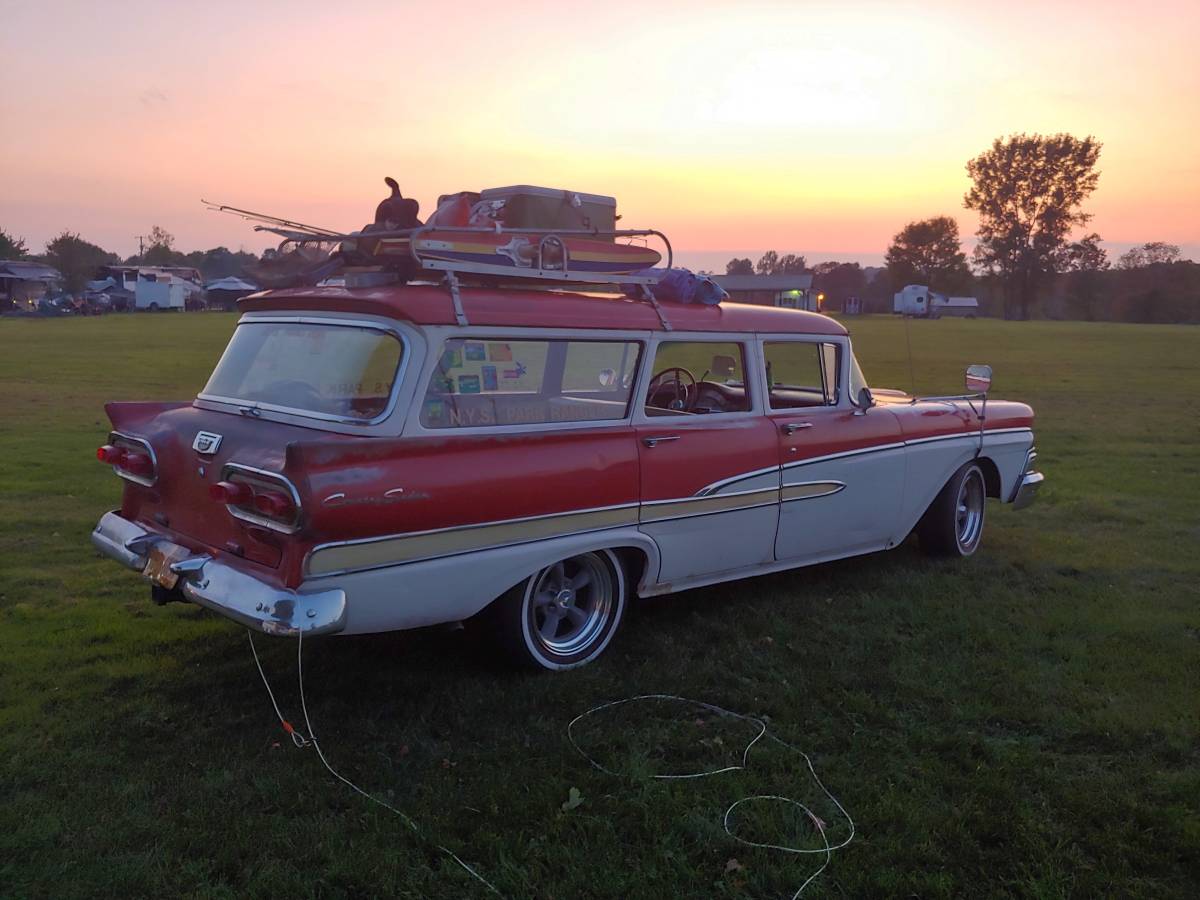 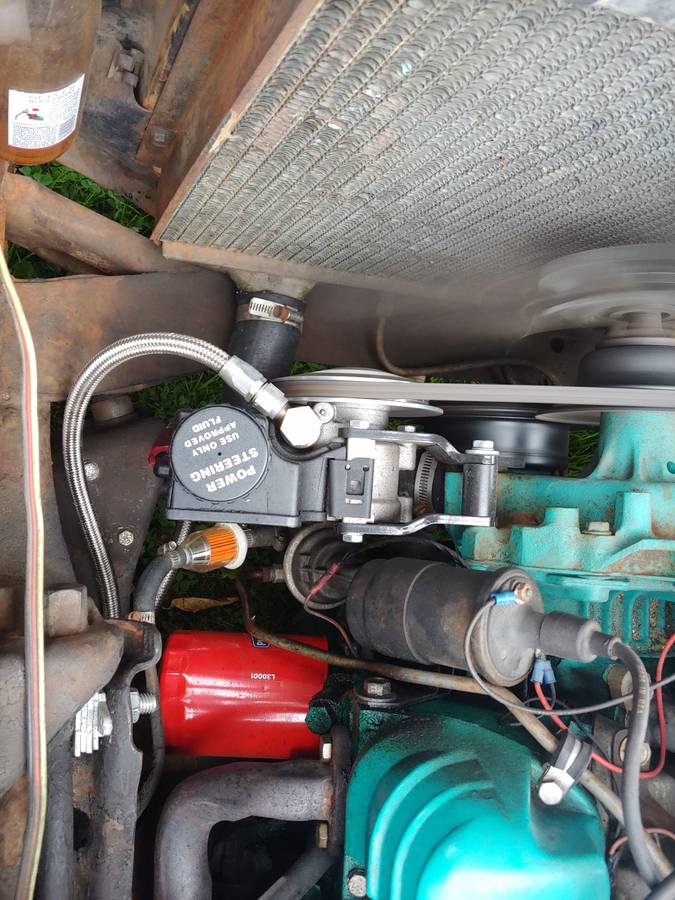 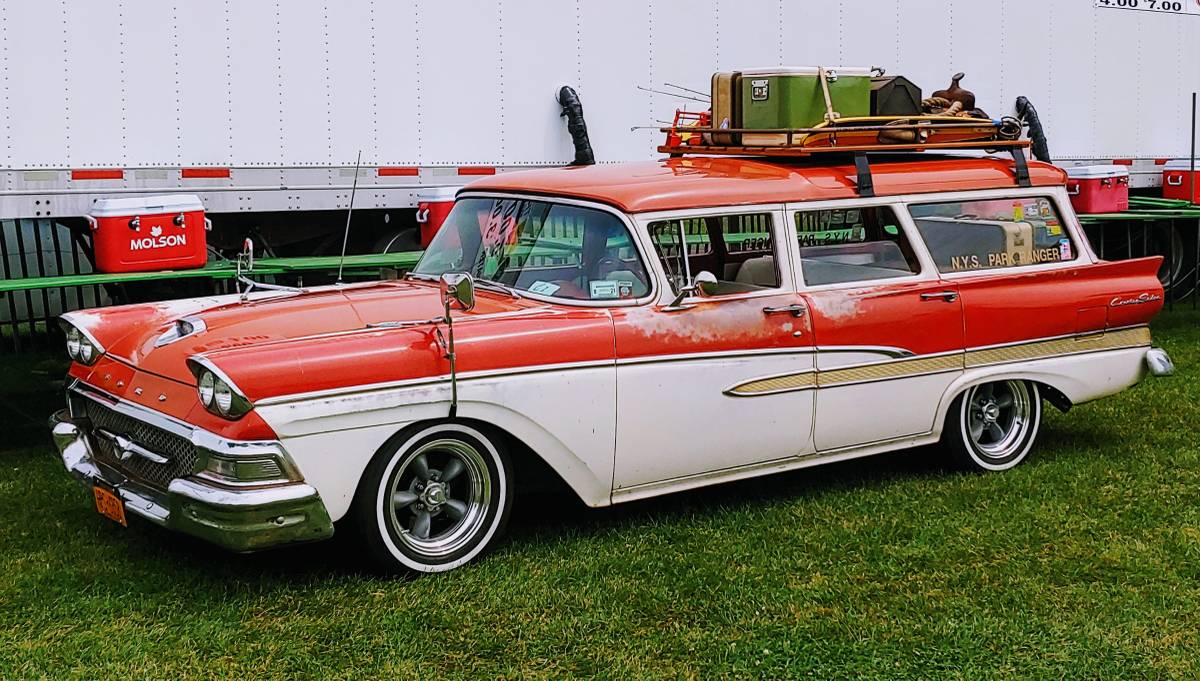 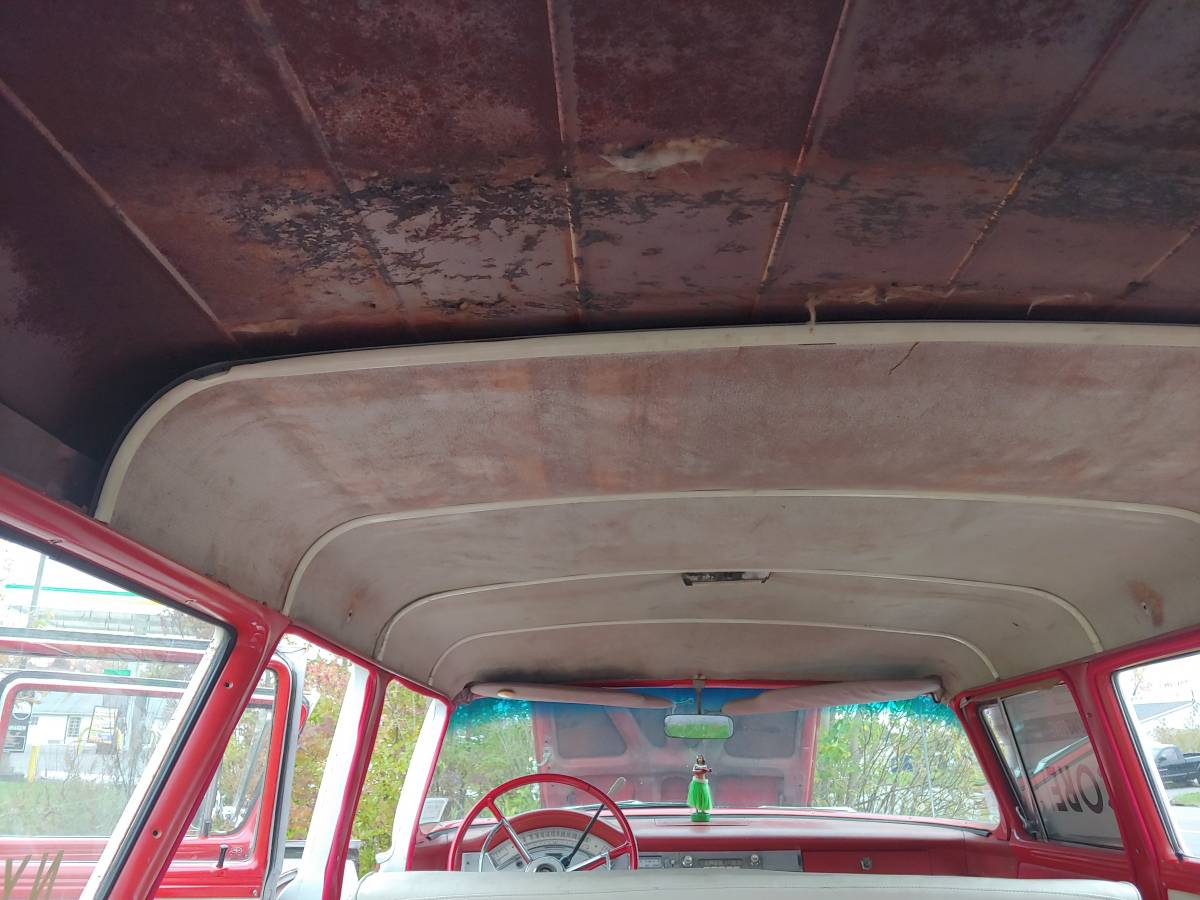 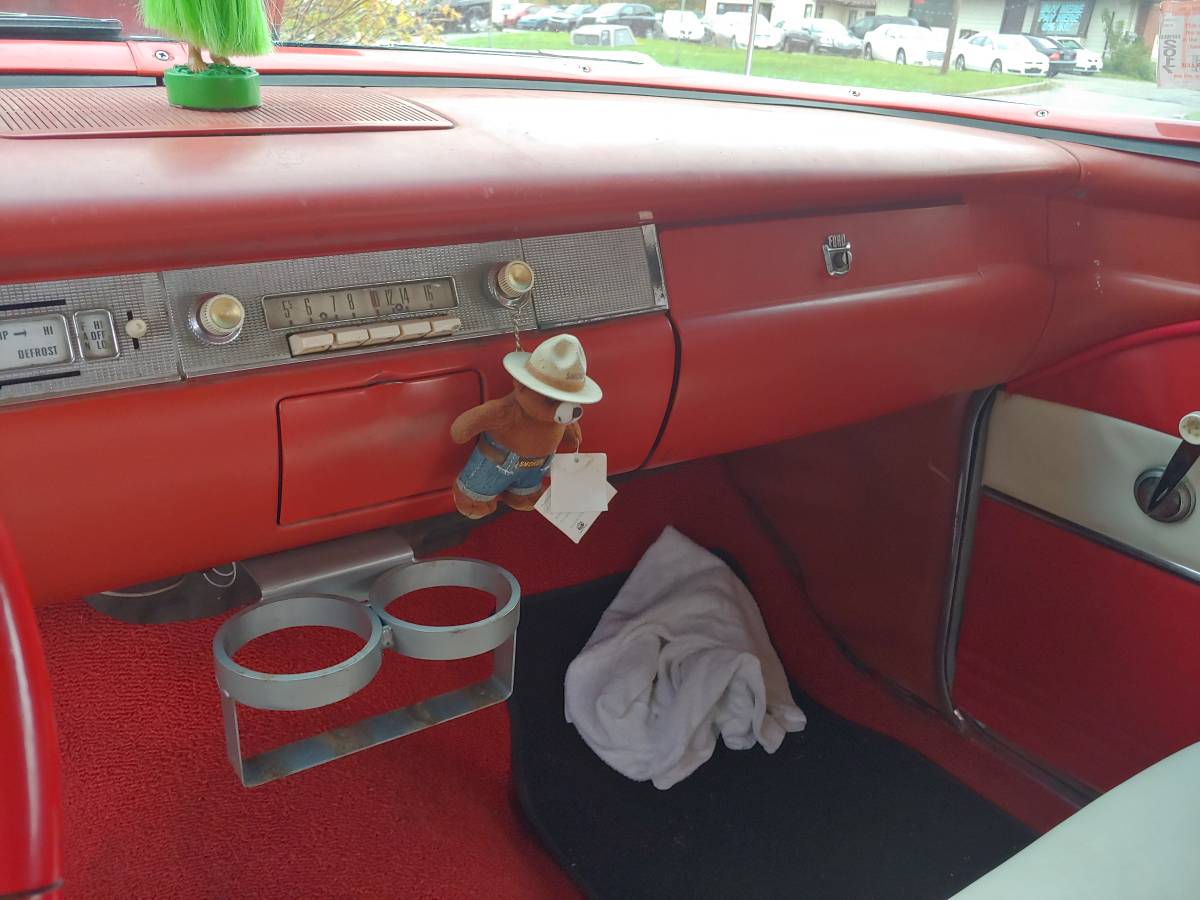 While the romantic notion of owning a 1950’s vintage station wagon appeals to many, in practicality all but the most hardcore enthusiast has become spoiled by better brakes and steering combined with an engine that starts reliably.  With its preserved exterior patina combined with a more modern 302 cubic inch small block V8, this mildly customized 1958 Ford Country originally listed on Craigslist in June 2020 in Spring Brook, New York (Buffalo) provides the best of both worlds.   Checking the Hagerty Insurance Online Valuation Tool for a stock Country Squire example as a proxy confirms this private seller has his wagon priced $5,200 below the current #4 “Fair” (Daily Driver) estimate of $19,200.

The Ford Country Sedan is a full-size station wagon that was built by Ford from 1952 until 1974.

The Country Sedan was based on the Customline from 1952 to 1954. Beginning in 1955, Ford spun their station wagons into their own series and the Country Sedan continued to represent the mid-trim level station wagon.  Frontal styling for 1958 bore a familial resemblance to that year’s new Thunderbird, while ovoid taillight pairings distinguished the big Fords at the rear. Swathes of gold anodized body-side trim marked the flagship Fairlane 500s and Country Sedans such as the example featured here.

In this 1958 extended Country Squire commercial, we found on YouTube, Ford was still selling on the idea of safety for 1958:

Based on the owner’s report, it appears he has sorted much of the power train and suspension.  The strap-on ender mirrors and mention of a trailer hitch have us wondering what the seller towed with his wagon, so you’ll need to confirm that during your conversation.  The only other oddity is that while the seller mentions the interior was redone eight years ago, the one photograph of the car’s ceiling shows the headliner was not part of that project.  Given this car’s current location in Western New York, you also need to confirm whether this car spent all of its life there and if so what is the history that spared it from the ravages of salt spray five months out of the year.  Good luck with the purchase!