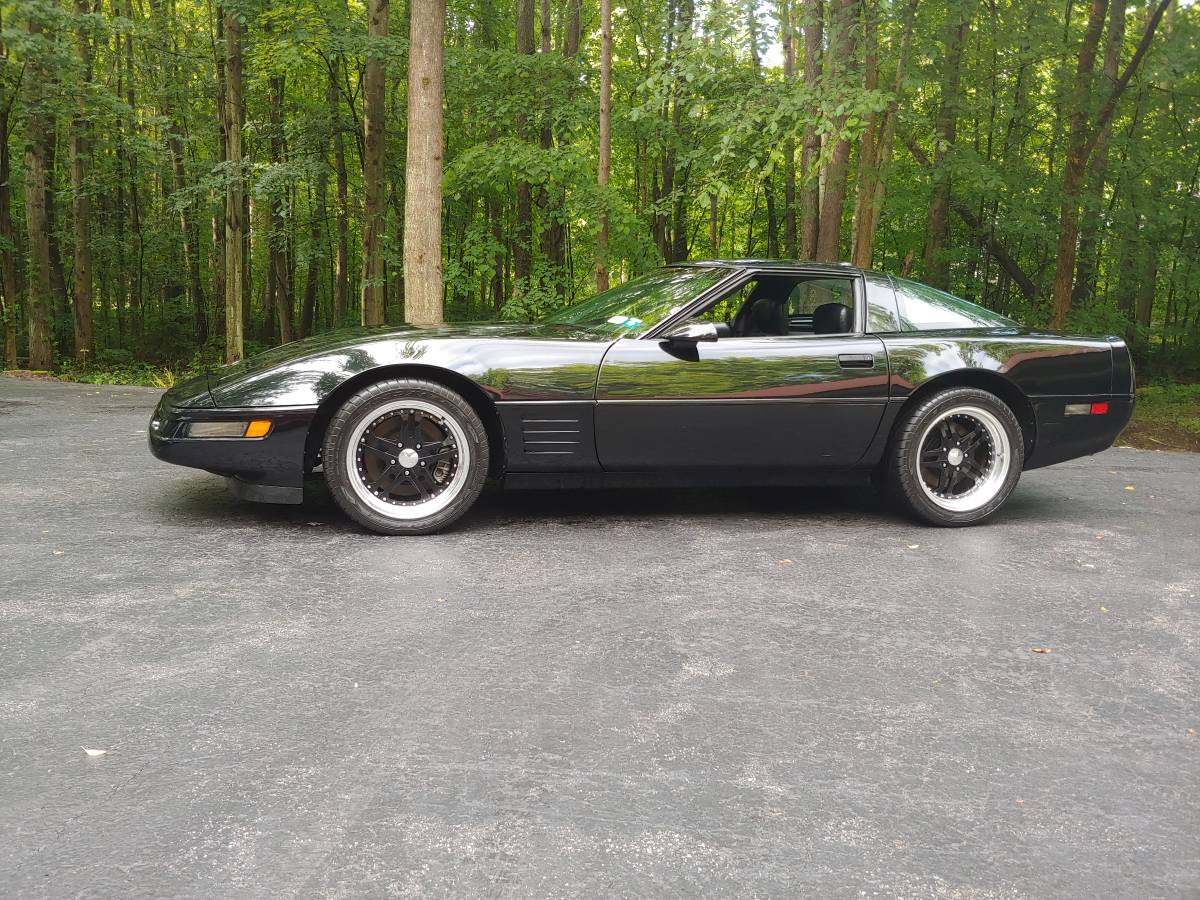 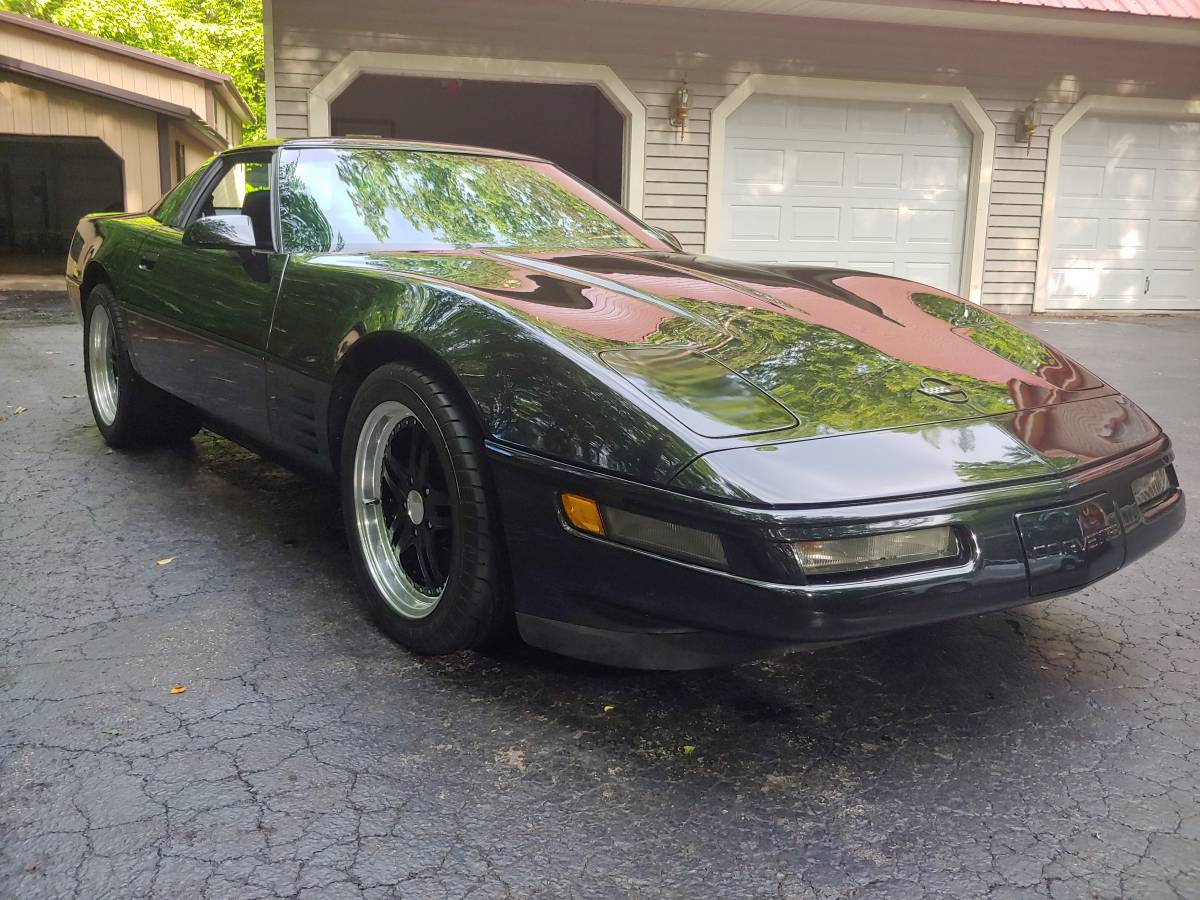 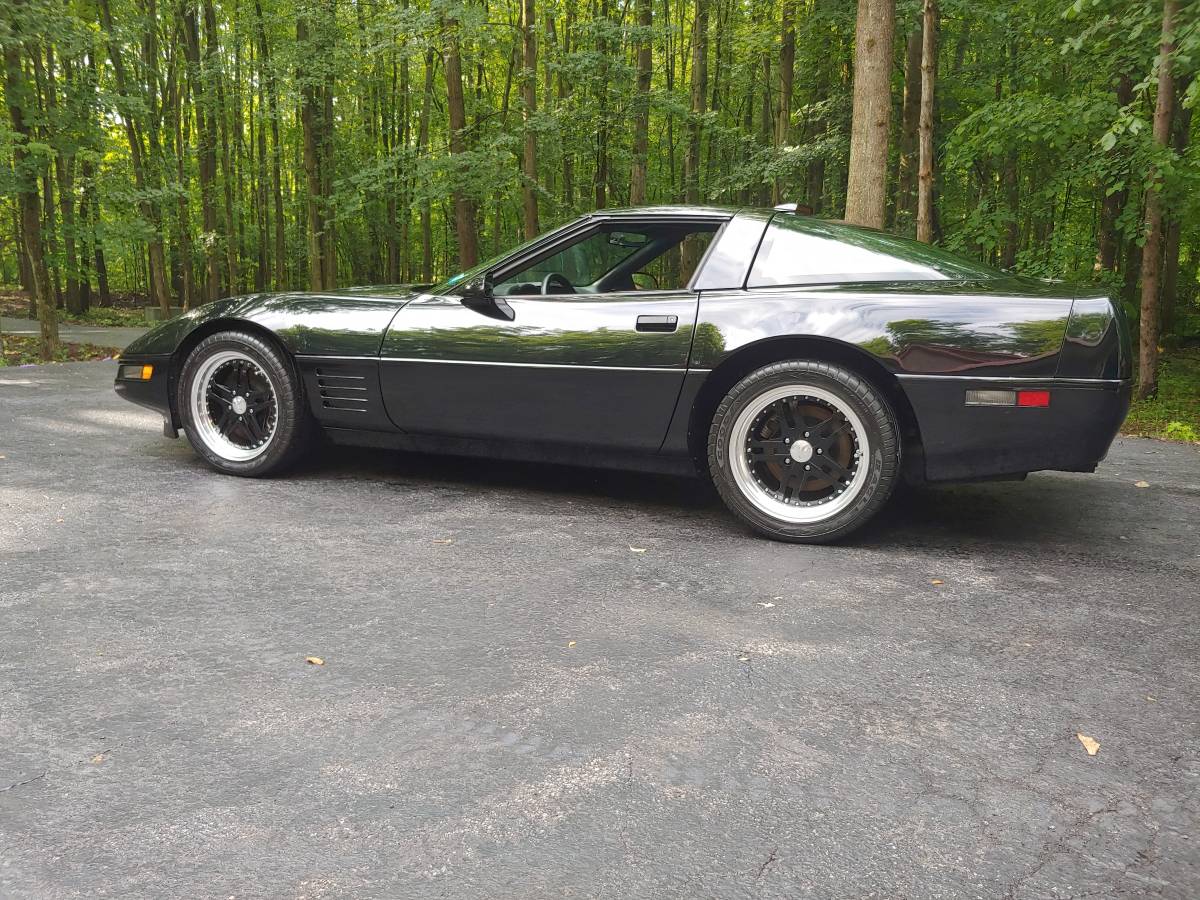 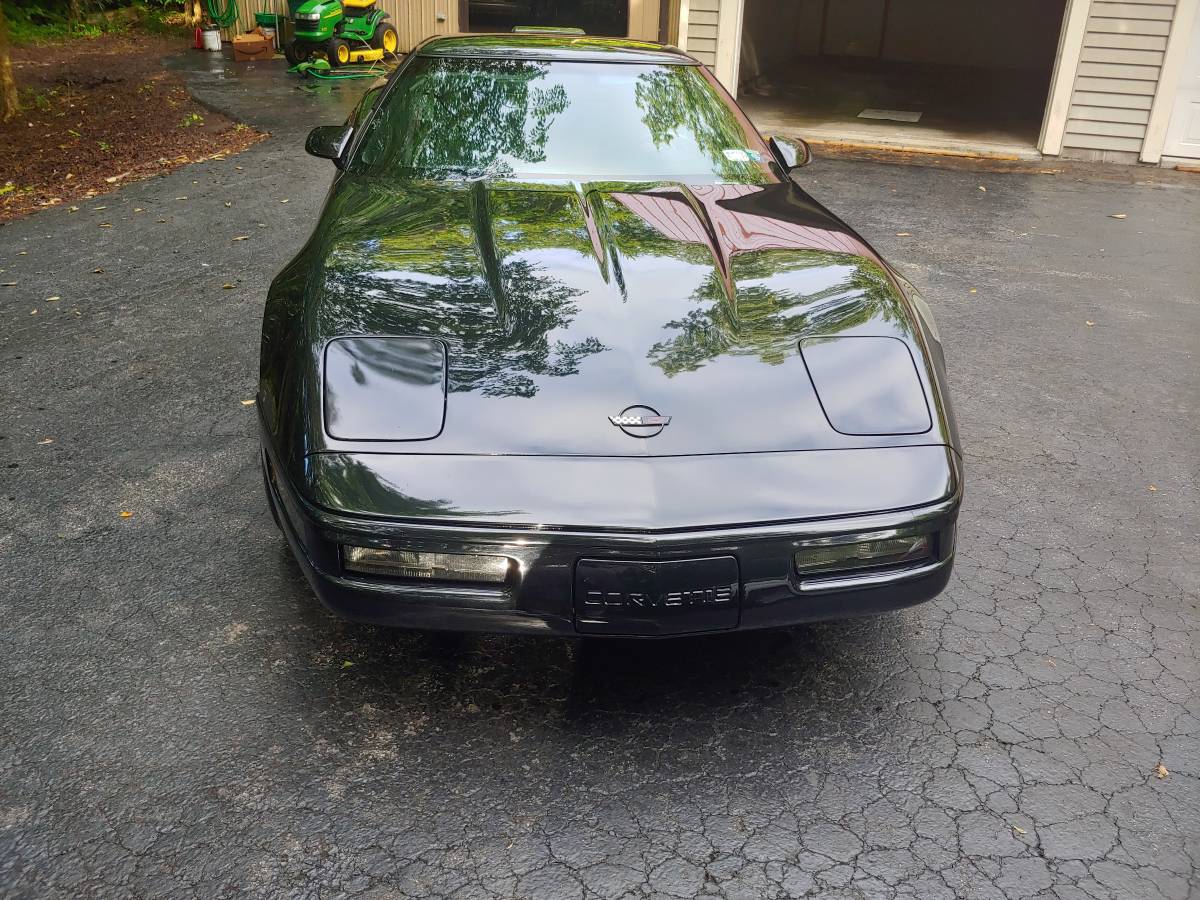 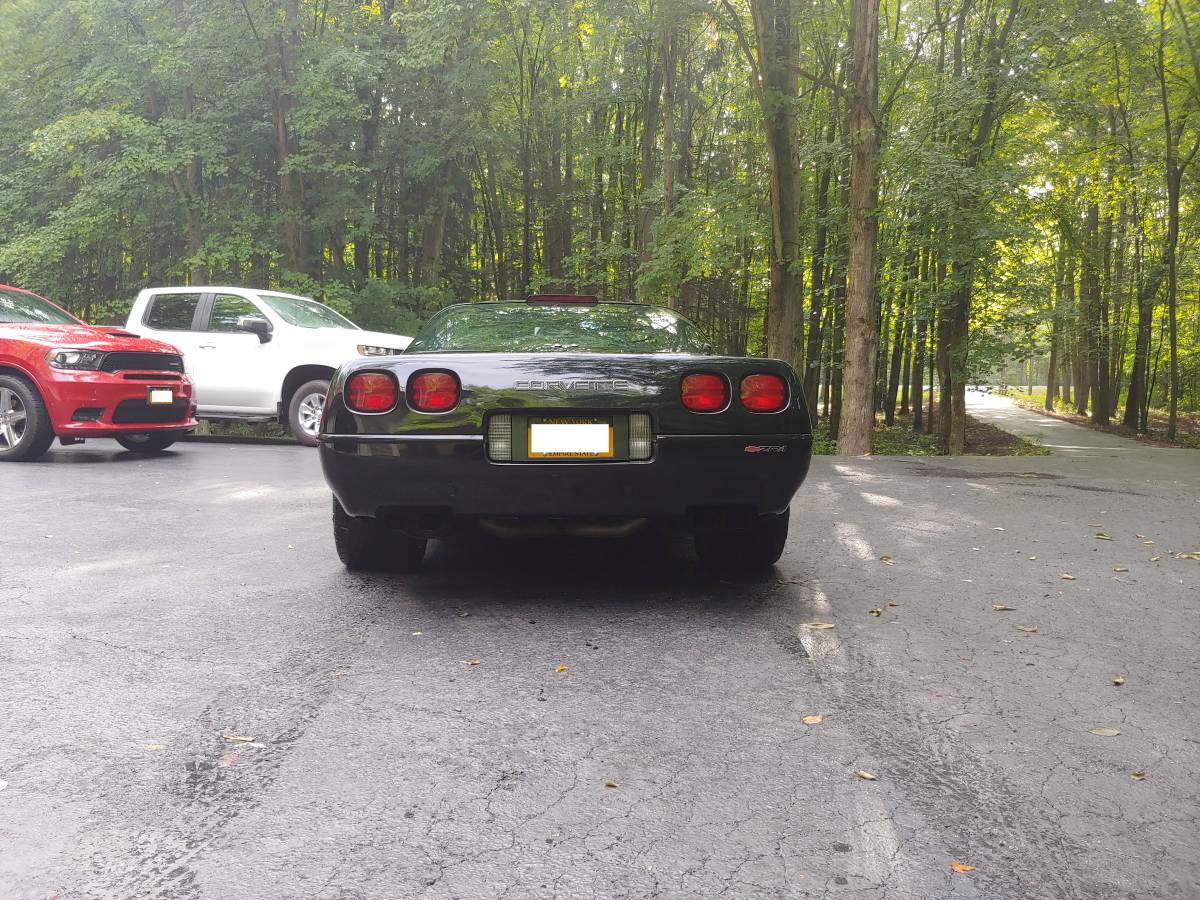 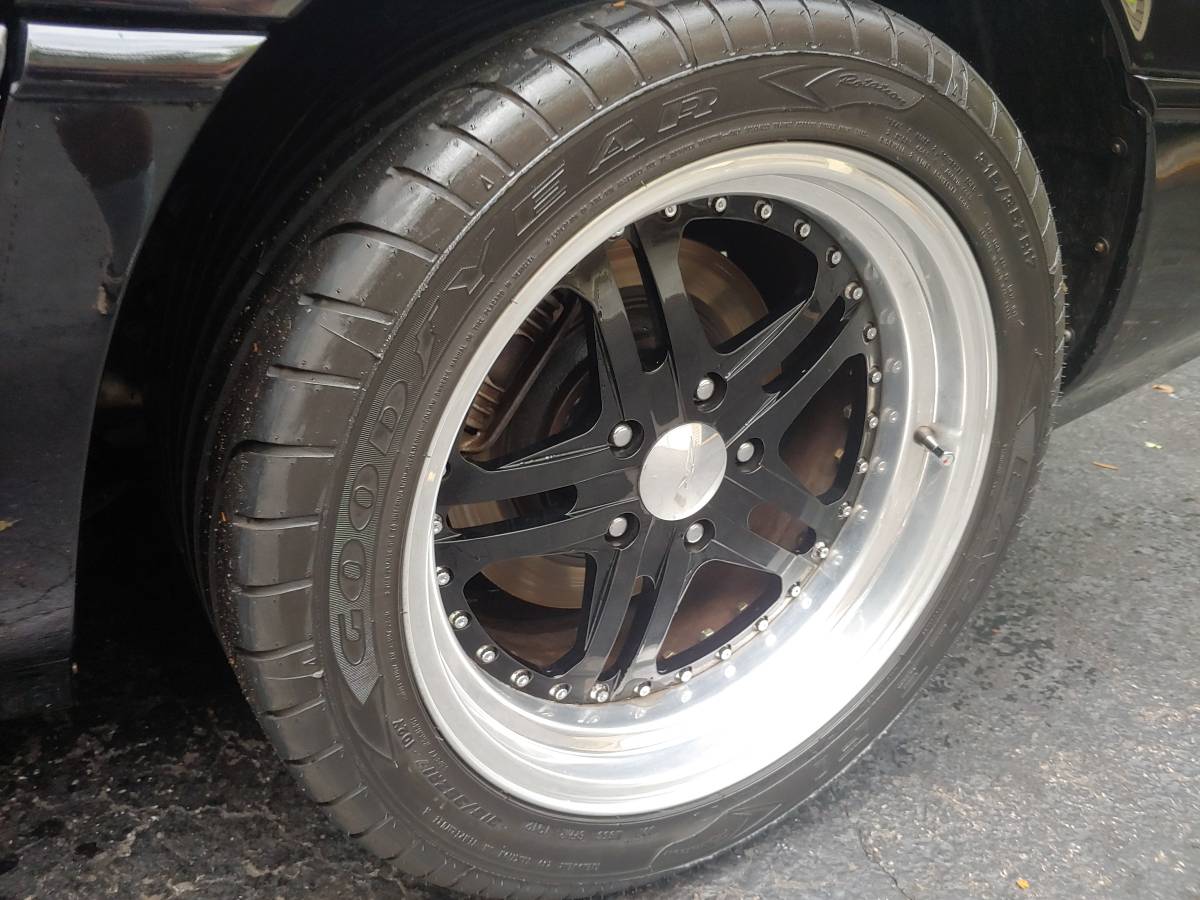 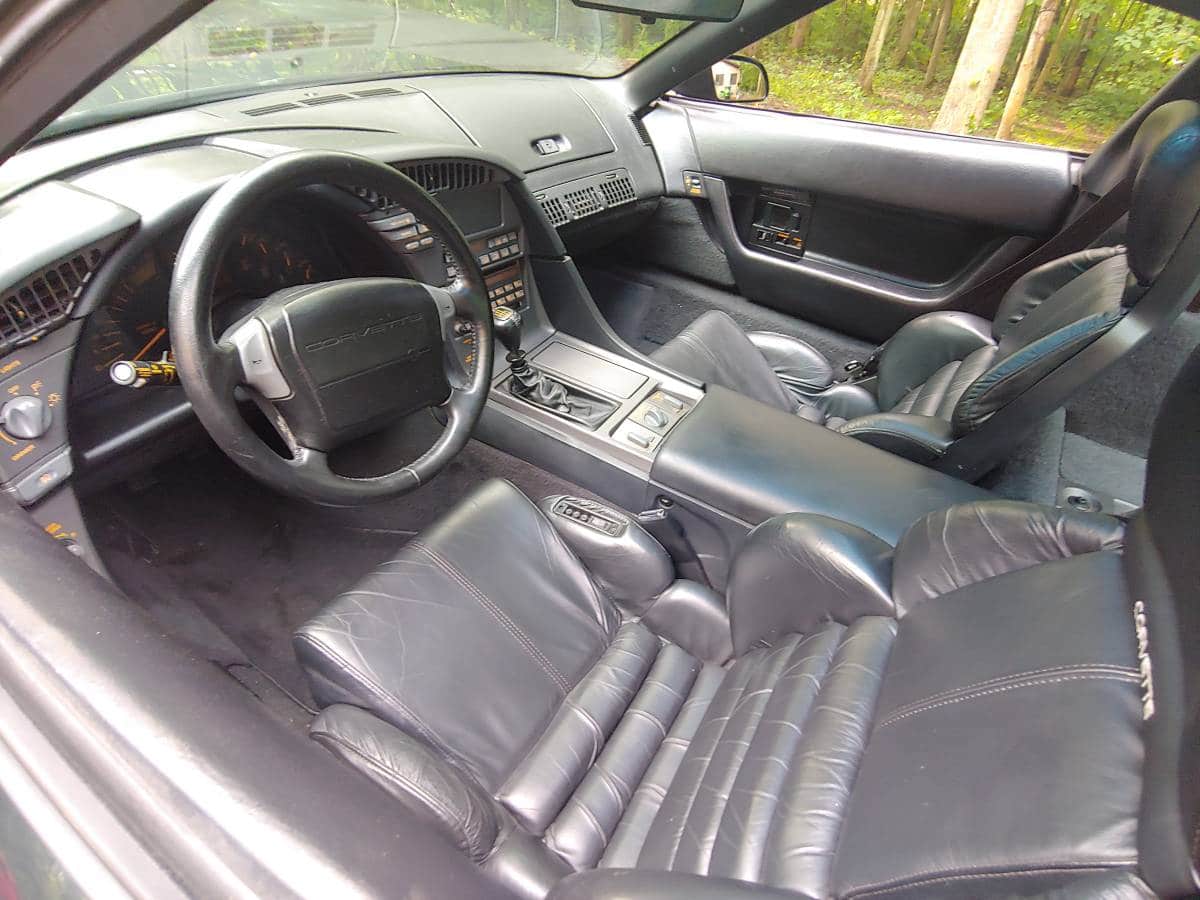 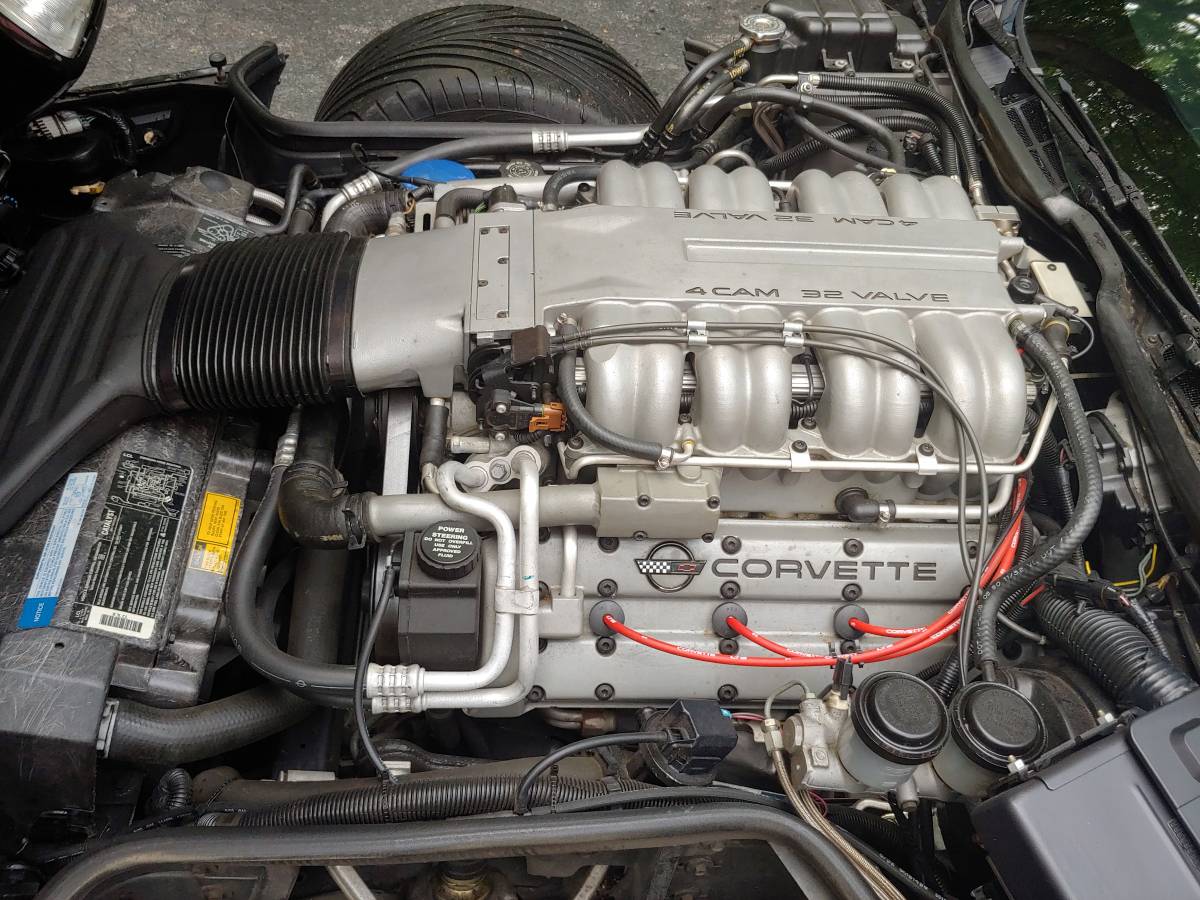 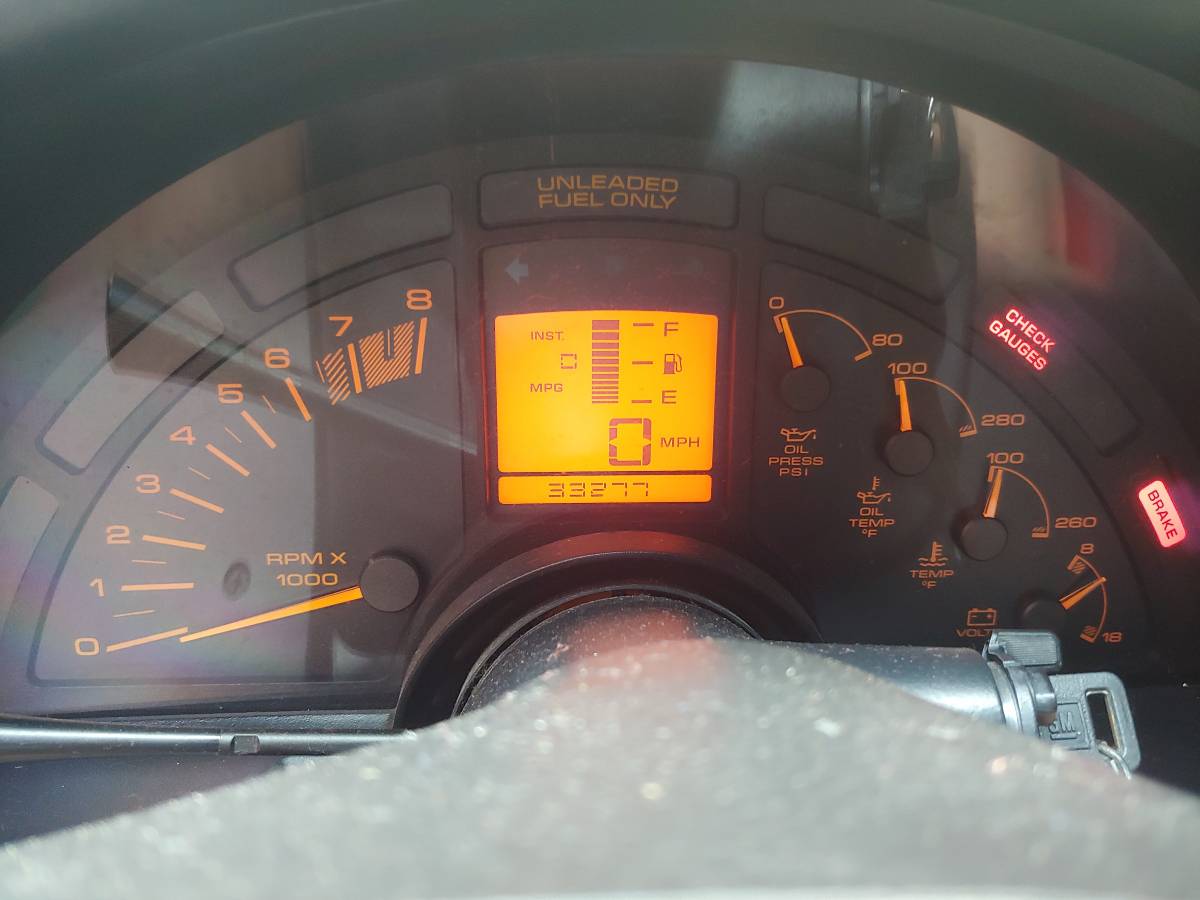 When it comes to C4 Corvettes, two models are on our shortlist of what we would like in our garage:  either a 1996 LT4 equipped coupe or any year LT5 powered ZR-1 “King of the Hill” Corvette such as this triple black 1991 example listed on Craigslist in Shortsville, New York (Rochester) where the private seller has his car listed for $24,900 or best offer.  With just over 33K original miles, based on the Hagerty Insurance Online Valuation Tool, the current caretaker of the past ten years has his special Corvette priced $2,000 below the #2 “Excellent” level of $26,900.

Shortly after the parent, GM purchased Group Lotus, the Corvette team approached the company for help with developing a C4 version of the ‘Vette that could be billed as the world’s fastest production car.  Internally, the project became known as the “King of the Hill” Corvette.  Lotus answered the challenge with the LT5:  an aluminum-block 5.7 liter V8 with the same bore centers as the L98, however, it was equipped with four overhead camshafts and 32 valves that produced 375 horsepower.  To handle the extra power, the Corvette team also worked with Lotus to modify the C4’s suspension and transmission accordingly. The result was a Corvette capable of providing solid numbers that remain impressive even by modern standards.  Road & Track magazine’s original test of the car found a 0–60 mph acceleration time of 4.9 seconds, a quarter-mile time of 13.4 seconds, a braking distance of 132 ft from 60 mph and 233 ft from 80 mph along with skidpad acceleration of 0.94 g. The car’s tested top speed by the magazine amounted to 179 mph.

Unfortunately, the high cost of subcontracting the LT5 engine production to boating supplier Mercury Marine combined with the other performance goodies created a ZR1 performance package that literally doubled the cost of a standard Corvette. This combined with very little styling differentiation between the base and ZR-1 equipped Corvettes (particularly the 1991-1995 versions) made this a tough sell for consumers and consequently only 6,939 ZR-1 models were manufactured over the six-year period.

Here is a video of MotorWeek’s Retro Review of the original 1990 ZR-1 powered Corvette:

The current caretaker reports he’s been the owner of this example for the past ten years during which he’s addressed the cooling and fuel injector issues that are known trouble spots.  The only other obvious modifications are the custom wheels; the stock “saw tooth” units originally equipped on this car are not part of the sale if you want to take this Corvette back to stock.  If you’re looking for a very RADwood eligible Corvette you can actually enjoy driving reliably rather than just to and from Corvette shows, this example deserves your detailed look.

The only other thing we would ask the seller to see is what original documentation, if any, is included as part of the sale.  As always, we recommend an impartial third party pre-purchase inspection and in the likely event that does not turn up any problem areas (other than the Bose CD head unit mentioned in the listing), you’ll have a very potent C4 Corvette capable of still holding its own against many modern cars.  Good luck with the purchase!

“1991 Corvette ZR1 with 33k miles. Rare LT5 V8 and 6 Speed manual transmission. The car is black with a black interior. It comes with both a glass and painted removable roof. I have owned the car for the last 10 years and it has been well maintained and cared for. Only known issue is that the CD player in the Bose head unit does not work, but can be rebuilt. I added a dual capacity Willcox radiator and a 180 degree thermostat to help keep the engine nice and cool. All 16 injectors were replaced with modern comparable Accel injectors and the car runs fine on modern ethanol gasoline. I had the wheels on the car custom made to the stock size that came with the vehicle. I do not have the stock wheels, but they can be purchased online if you want them. A complete video I made about the car can be found here:
https://www.youtube.com/watch?v=DxpoDmUSyNE

If you’re reading this, the car is still available. I will not respond to questions asking if it is.
$24,900/Best Offer.
No trade offers will be accepted. “