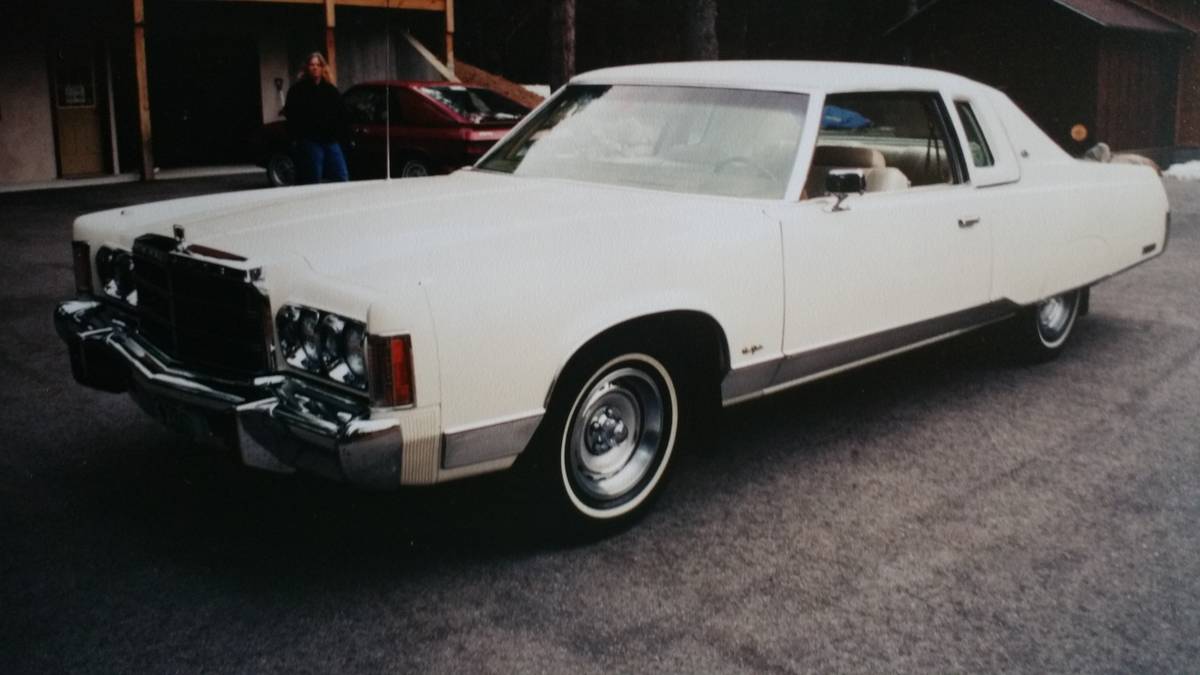 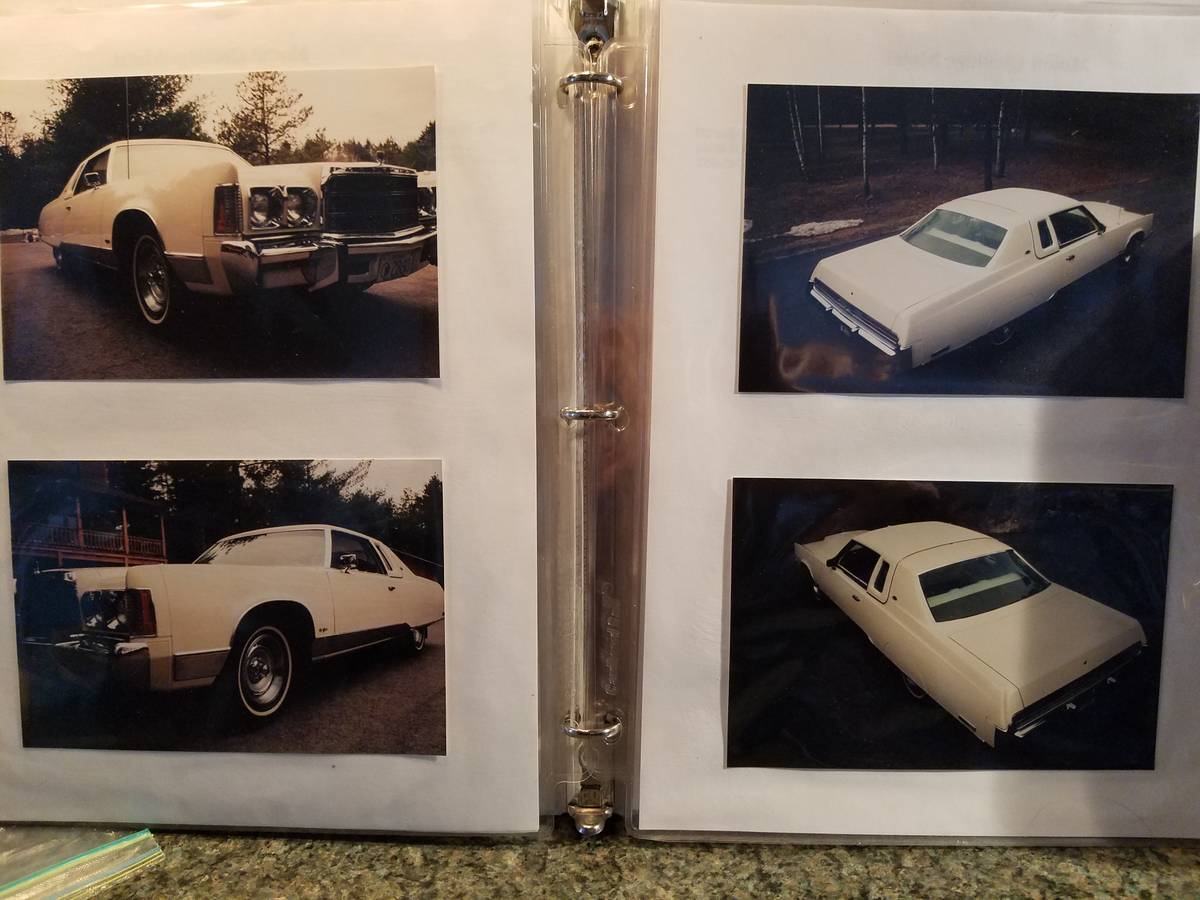 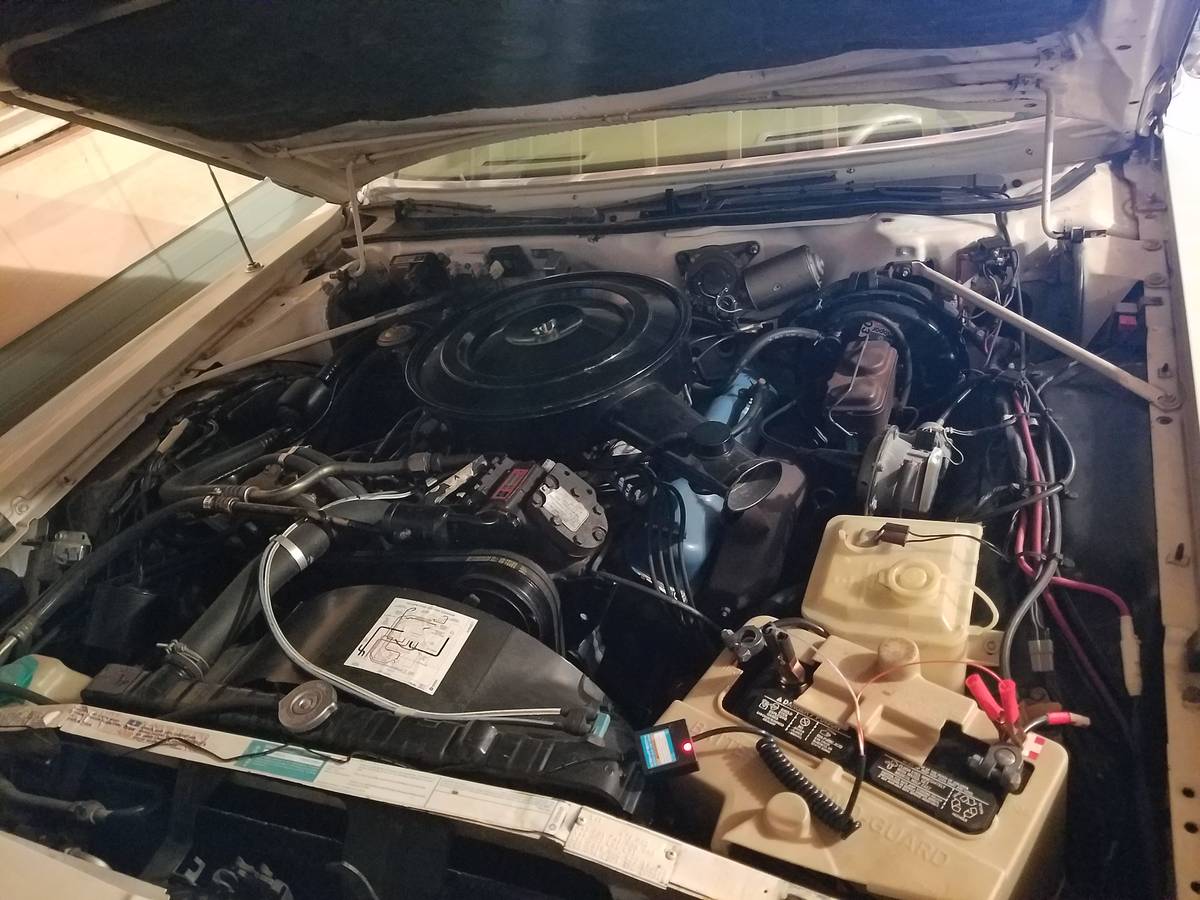 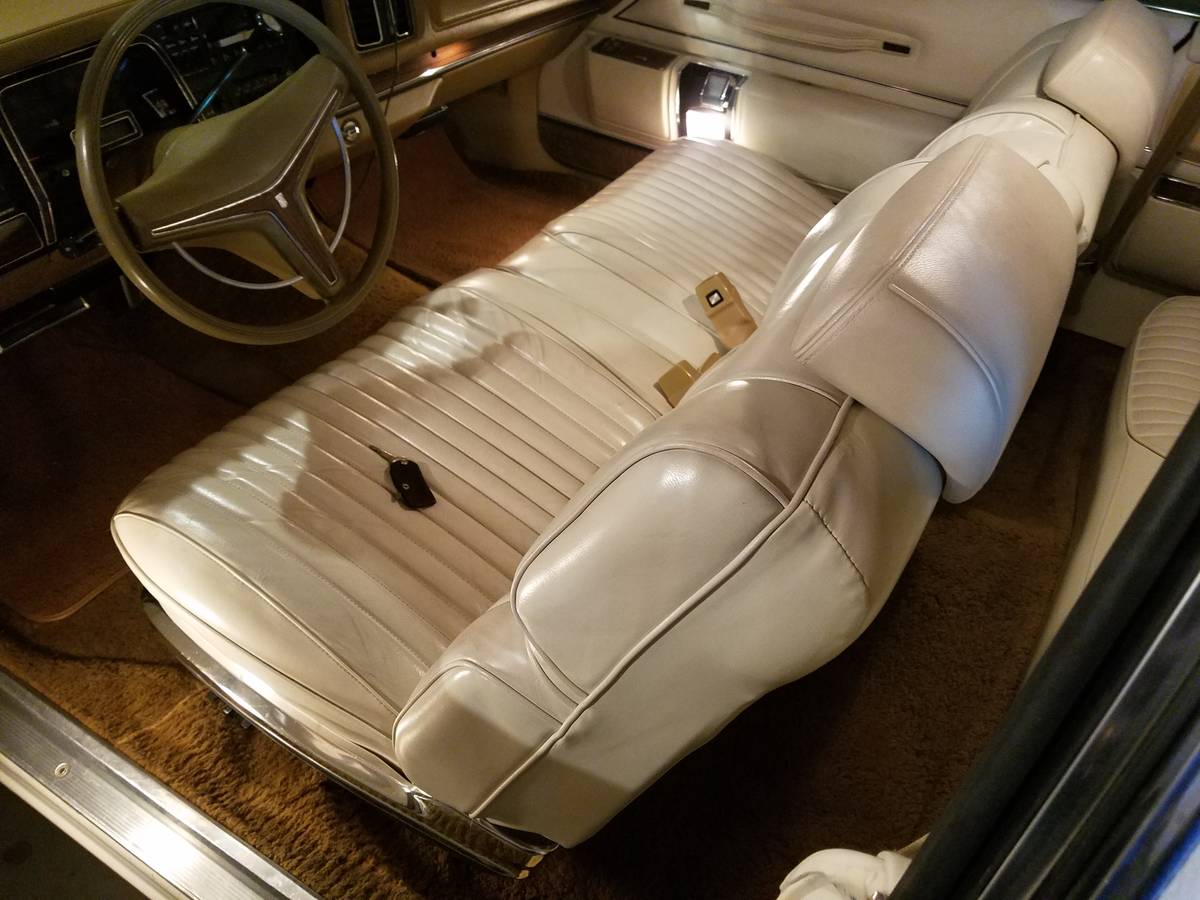 August 16th Update – While updating our past Malaise Monday listings, we confirmed the Craigslist post for this car Mopar expired, so with no replacement ad found so we’re calling this New Yorker “Sold!”

A sad and growing fact of the collector car hobby is that the children of hobbyists do not have the time, room, money, or interest to take over their parents’ passion.  Consequently, many end up selling a classic car willed to them like this 1975 Chrysler New Yorker St. Regis just listed Sunday Craigslist in Egg Harbor, New Jersey where we assume the sons of the deceased original owner now have 77K original mile, white-over-white classic offered at $8,500.   A review of the NADA Guides Classic Car Online Valuation Tool confirms these private sellers have their New Yorker priced at the higher end of the “Low”, “Average”, and “High” retail value range of $3,520, $6,077, and $10,230, respectively.

For 1974, the so-called “fuselage” styling featured on full size Chrysler New Yorkers now featured a far more massive slab sided effect. This ninth generation now included covered headlights, and a more prominent “waterfall” style grille, reflecting popular styling appearances, primarily used on the Lincoln Continental.  Unfortunately, the 1974 models debuted at almost precisely the same time that the 1973 OPEC oil embargo began, and were a significant part of Chrysler’s economic woes in the late 1970s. The 1974 models were the last full-size models Chrysler designed from the ground up.  Two New Yorker trim levels were offered in 1974, the base New Yorker and an upgraded New Yorker Brougham. In January 1974, the company added a “St. Regis” package to the New Yorker Brougham two-door hardtop. It had Spinnaker White paint with a gold stripe, 50/50 vinyl split bench front seat, with a choice of white-and-black or gold-and-white interiors; and a padded white vinyl canopy roof with an opera window and different mouldings. The St. Regis package fussed-up the car, for those who thought a New Yorker was too plain.  For 1975, the New Yorker received a slightly revised grille and New Yorker Brougham became the sole trim designation. The St. Regis package featured on this car returned for the full model year.

With limited pictures and a very brief description, the “Museum Quality” original description should have any MOPAR enthusiast interested in adding a last of the true Land Yacht New Yorkers to their fleet taking a serious look at this example.  Good luck with the purchase!

“Museum quality original, even A/C working since new. Perfect in every detail, no flaws. One owner and NEVER left outside. Phone CALLS only, no dreamers or tire kicking curiosity seekers. Inherited and time to sell.