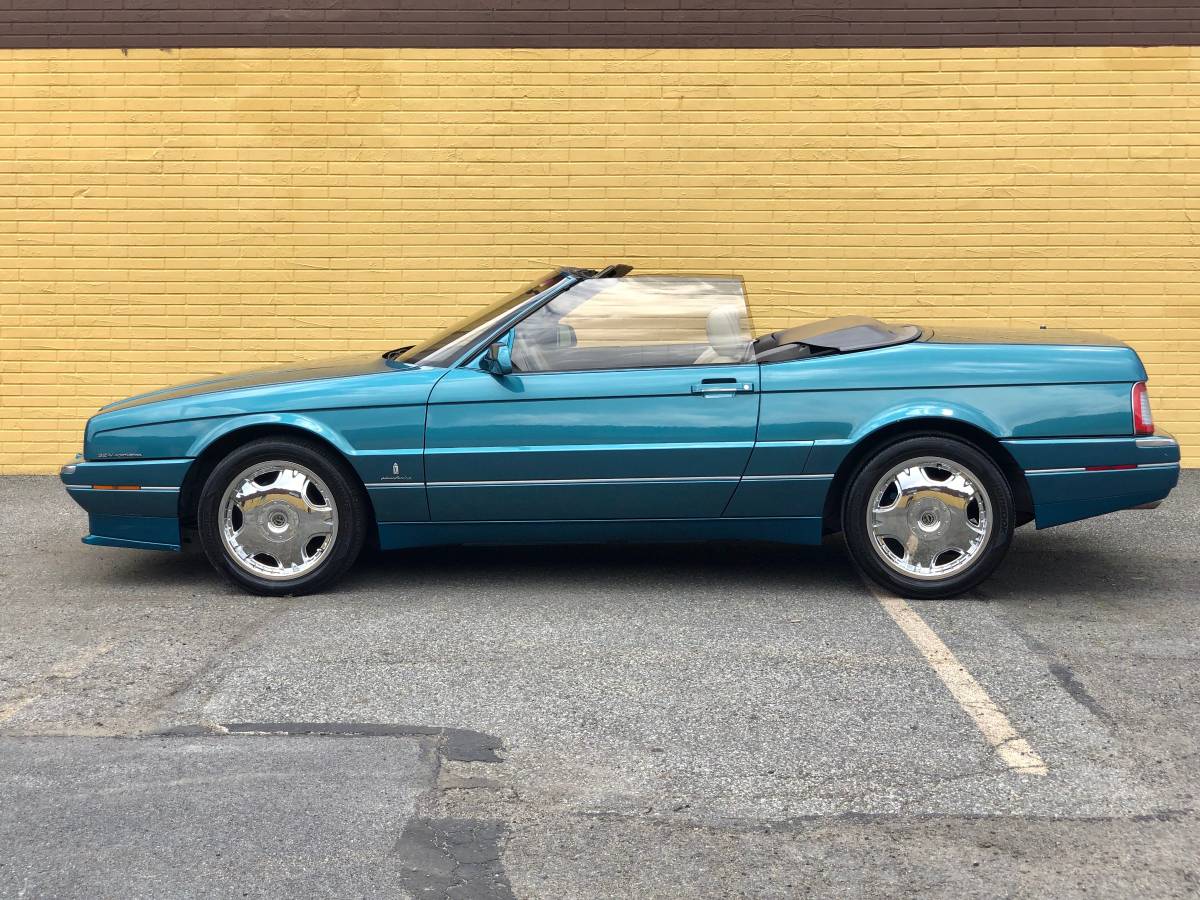 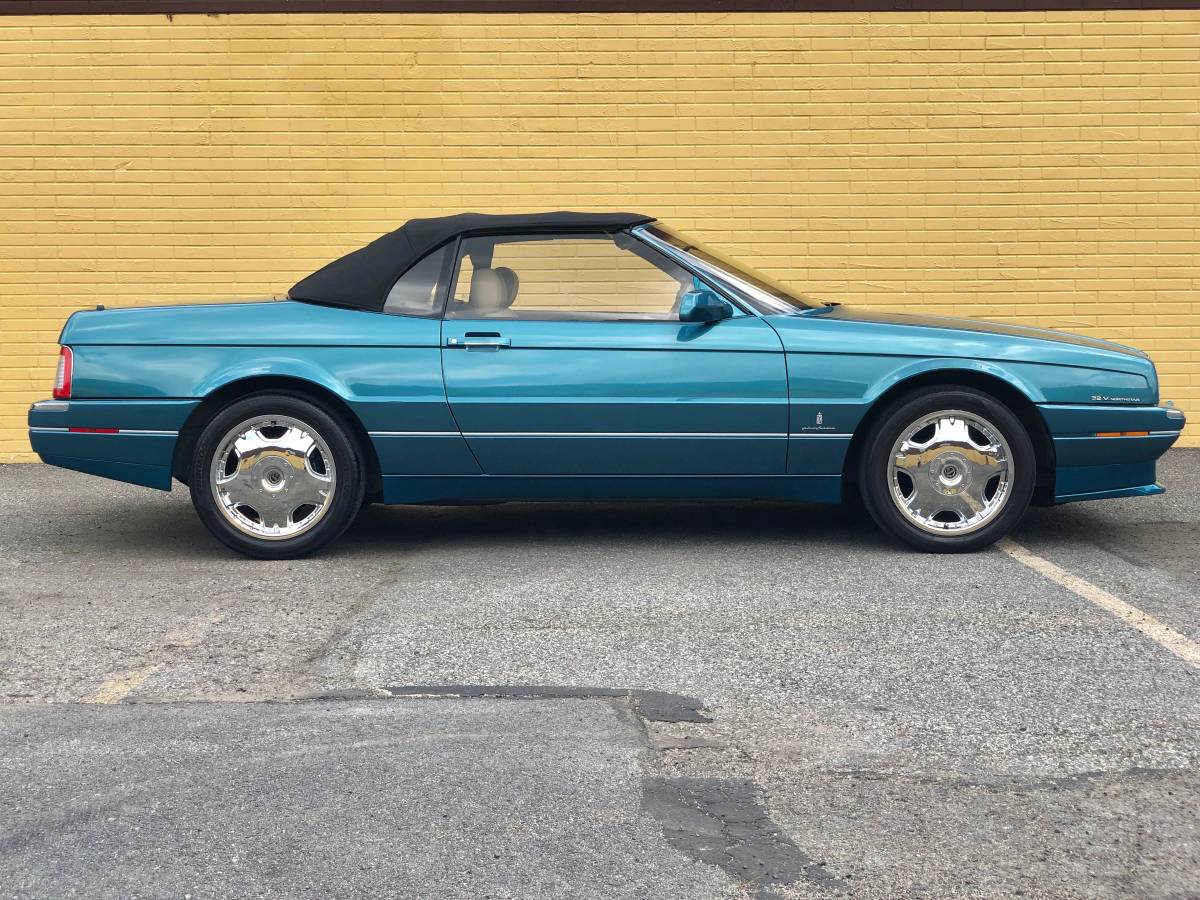 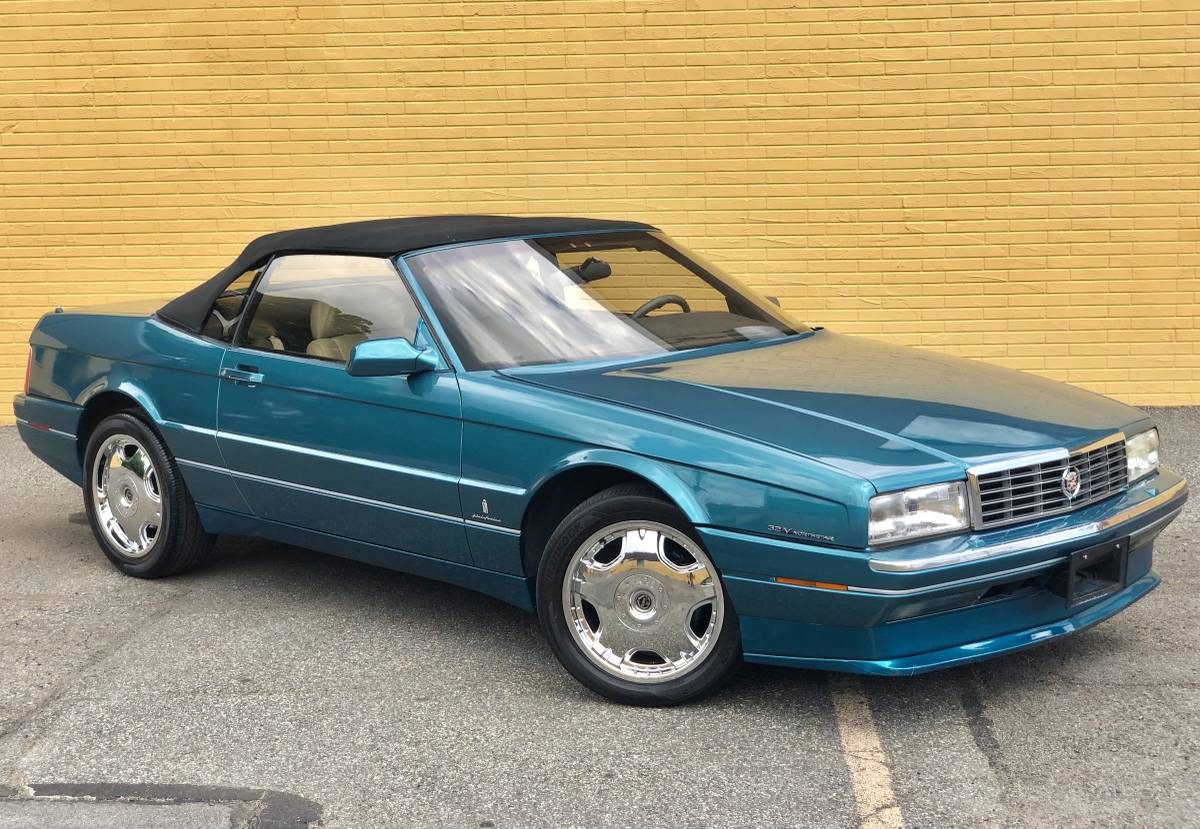 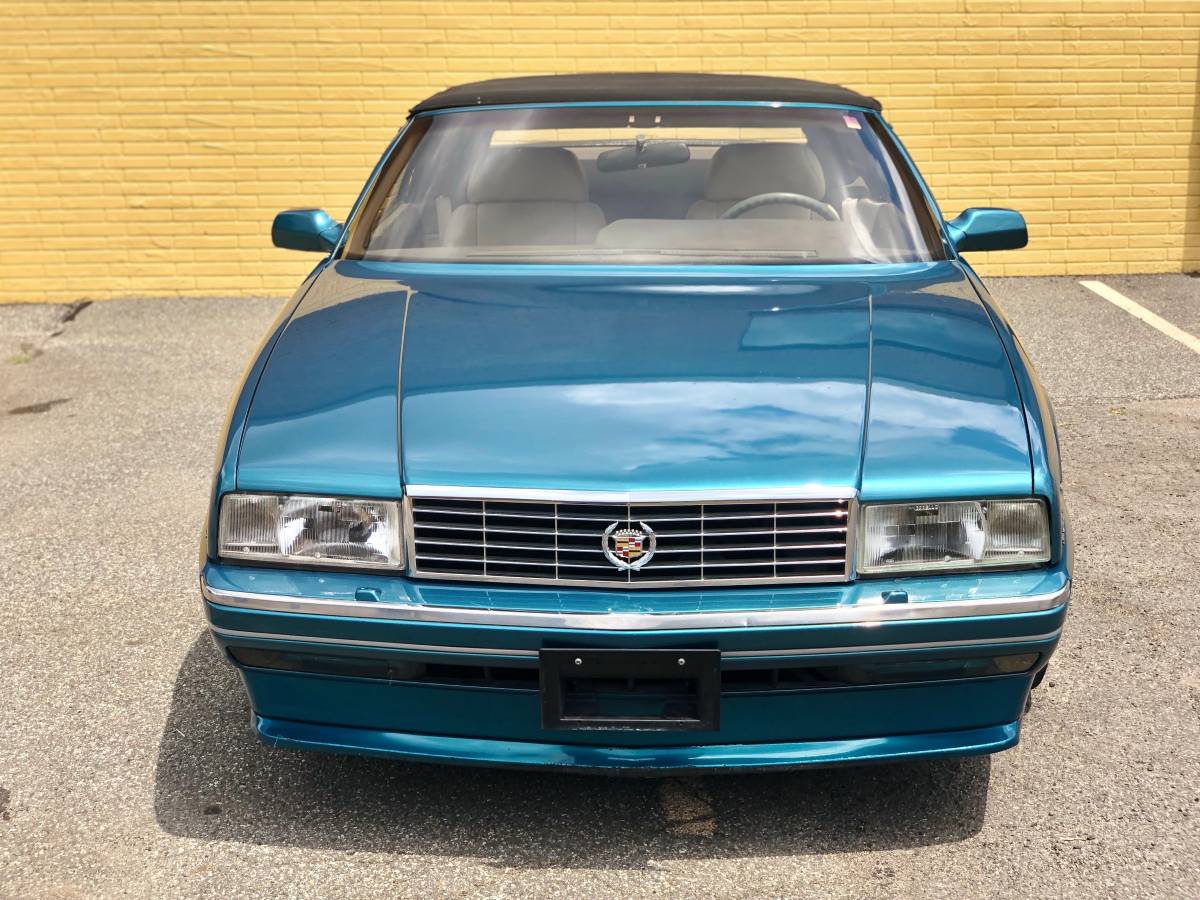 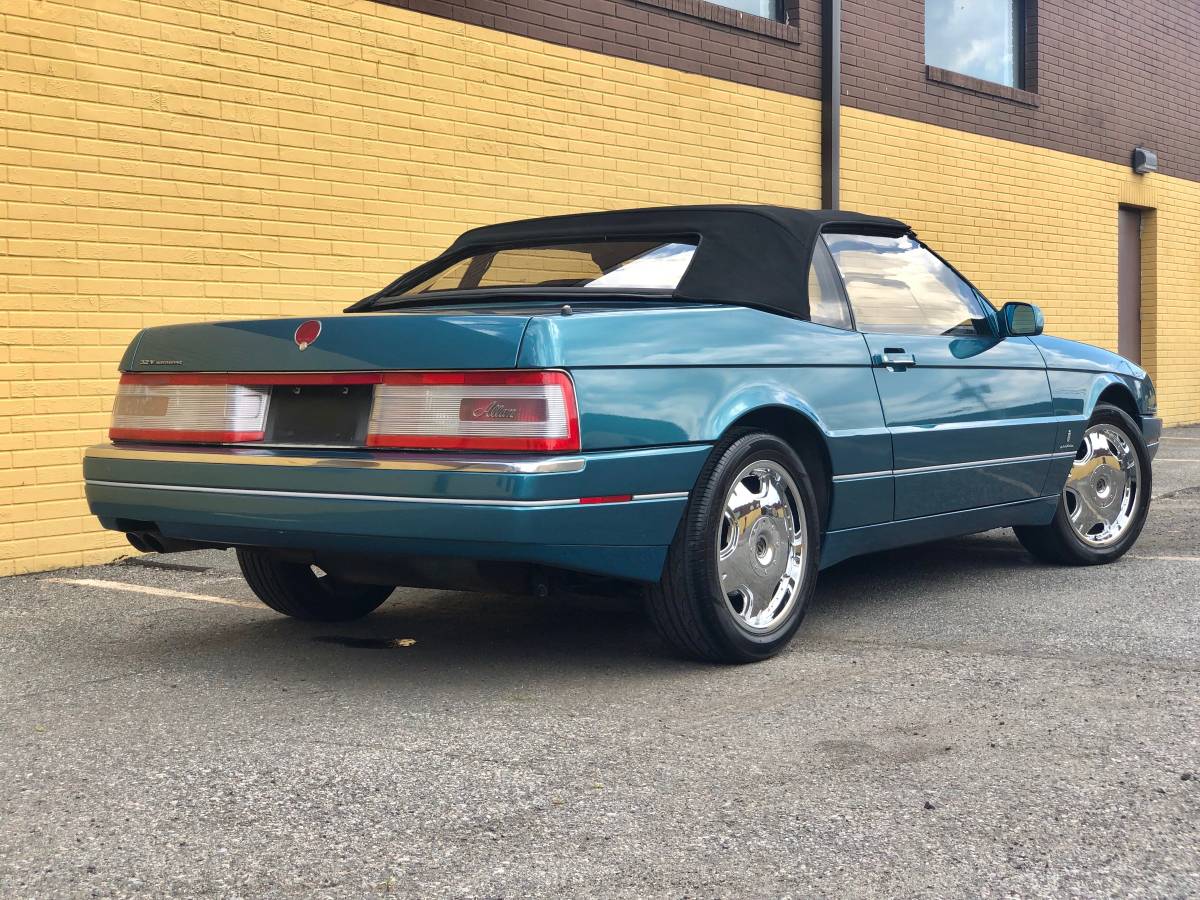 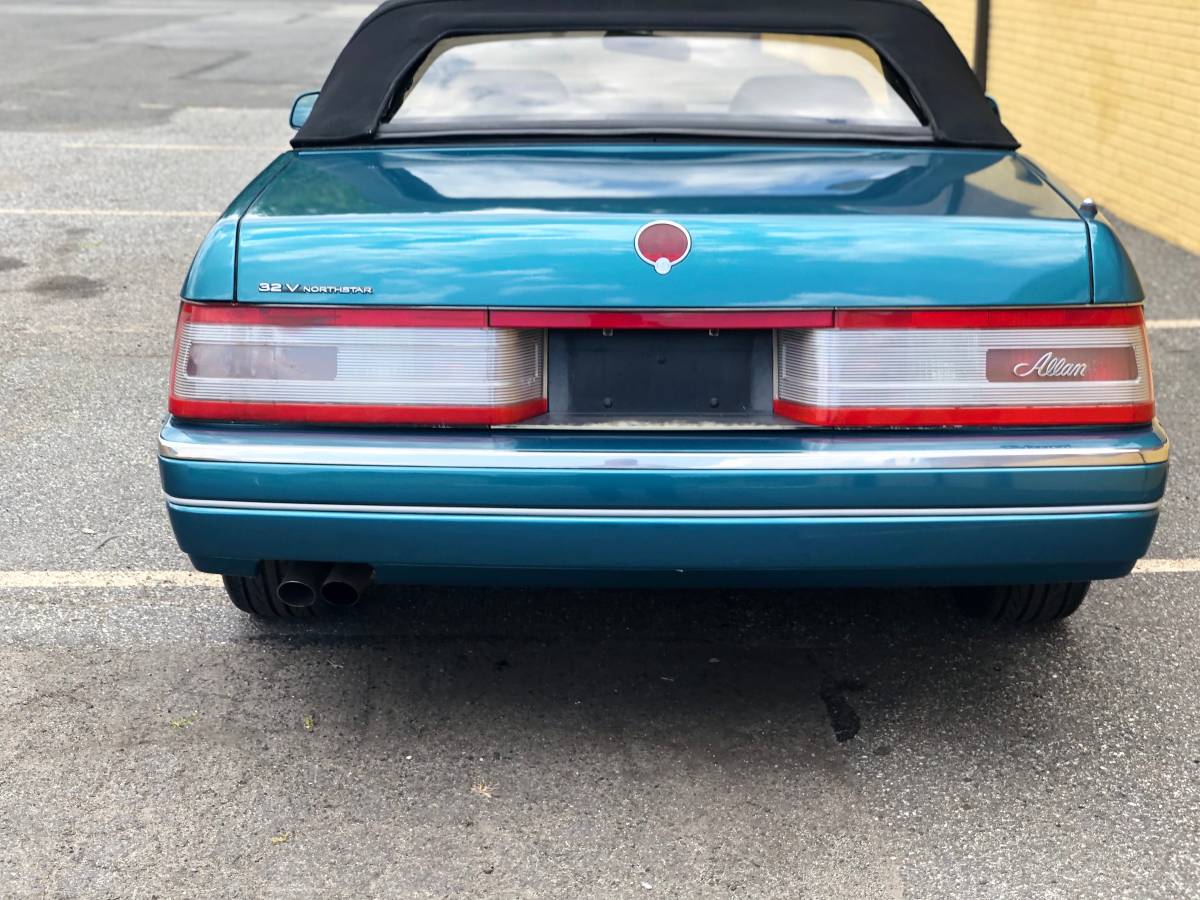 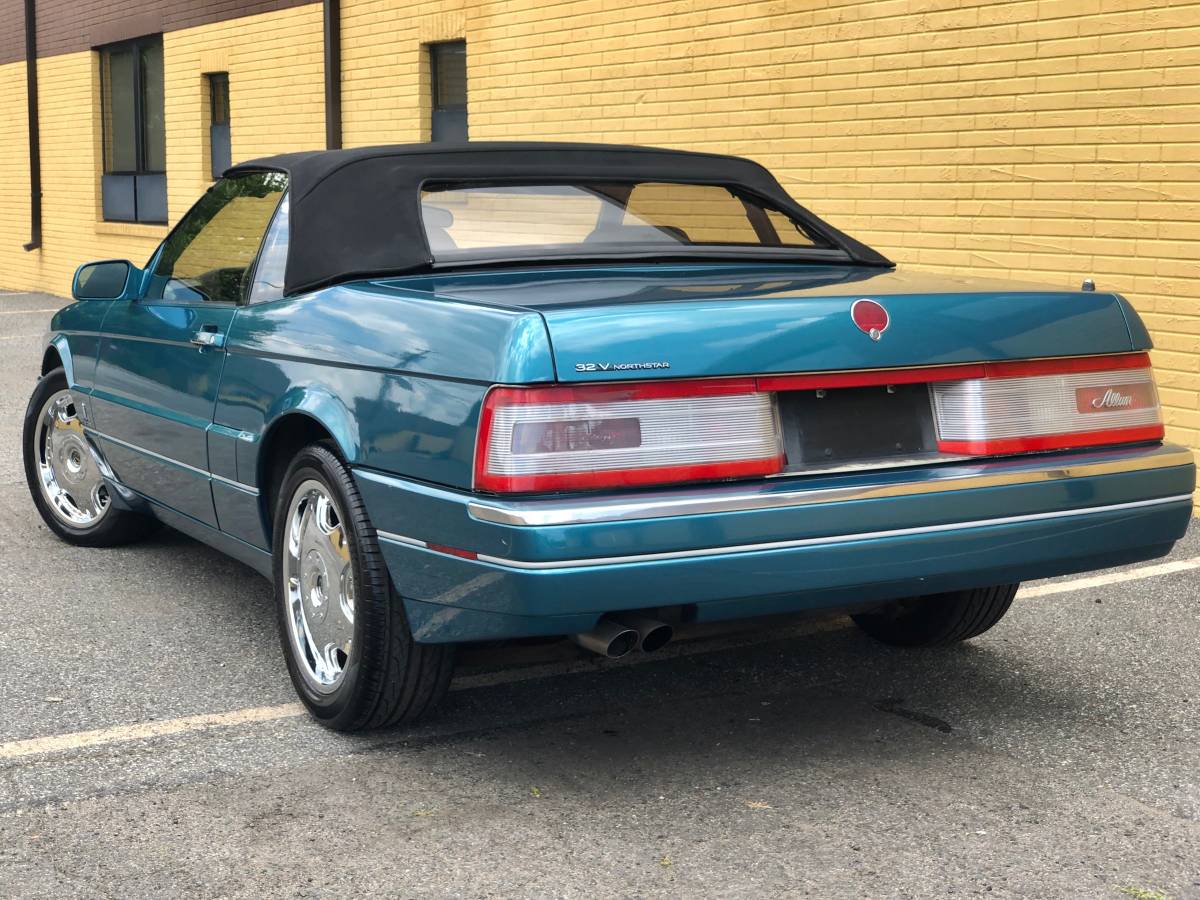 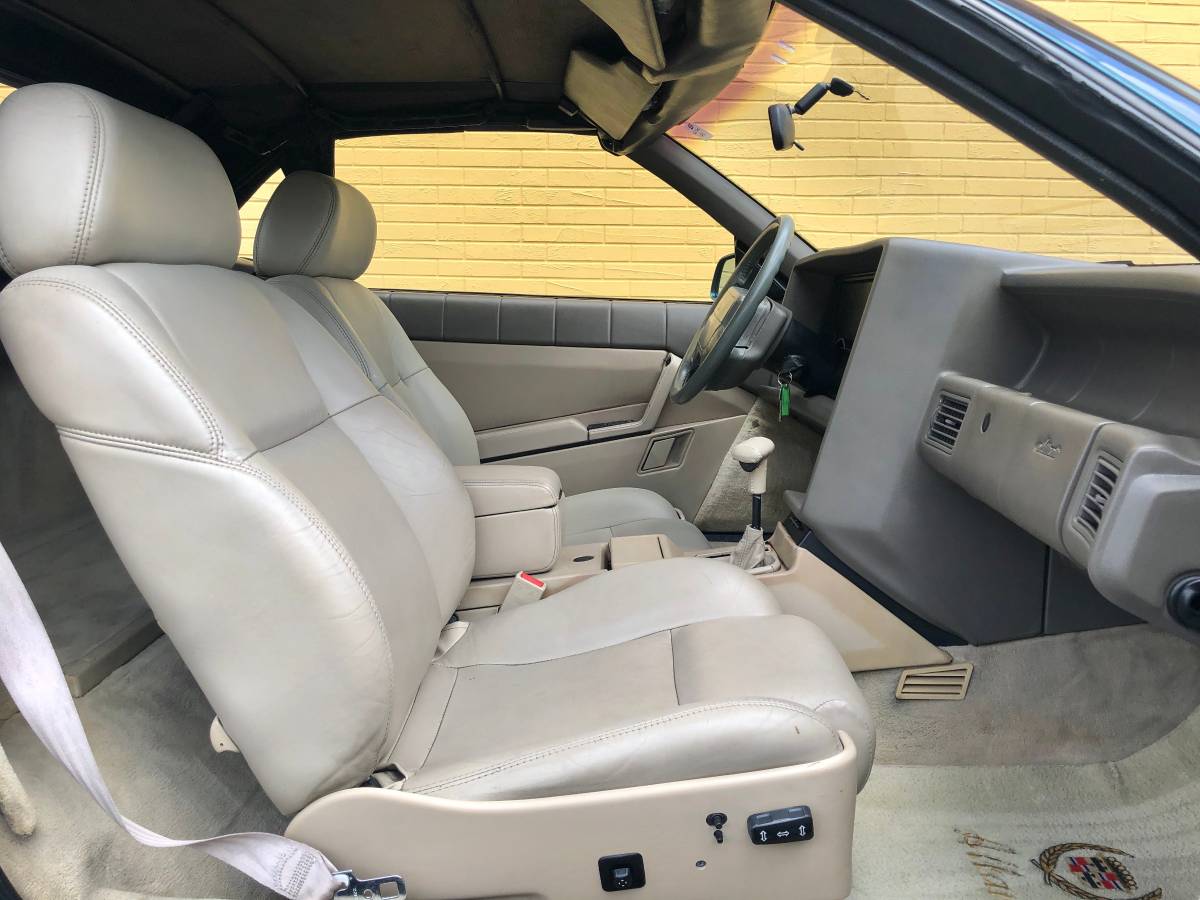 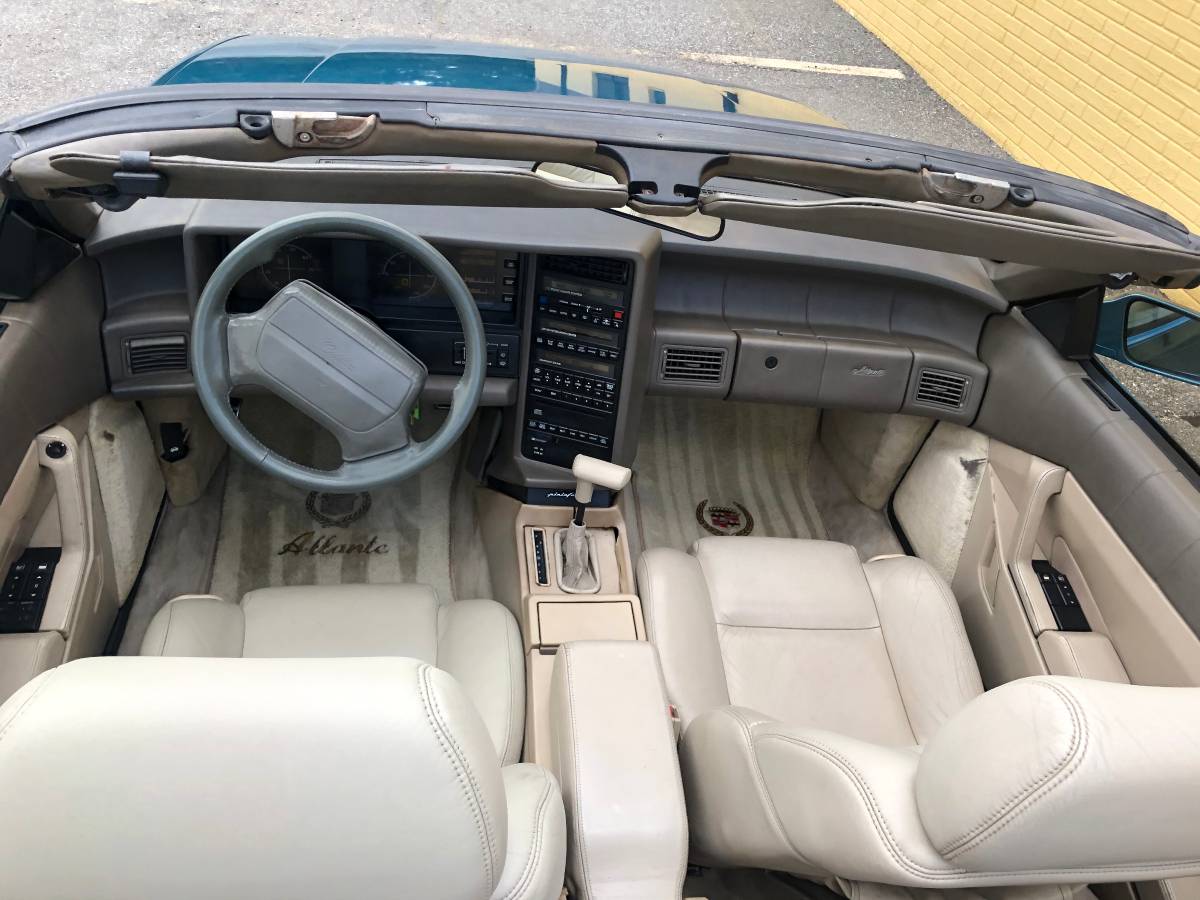 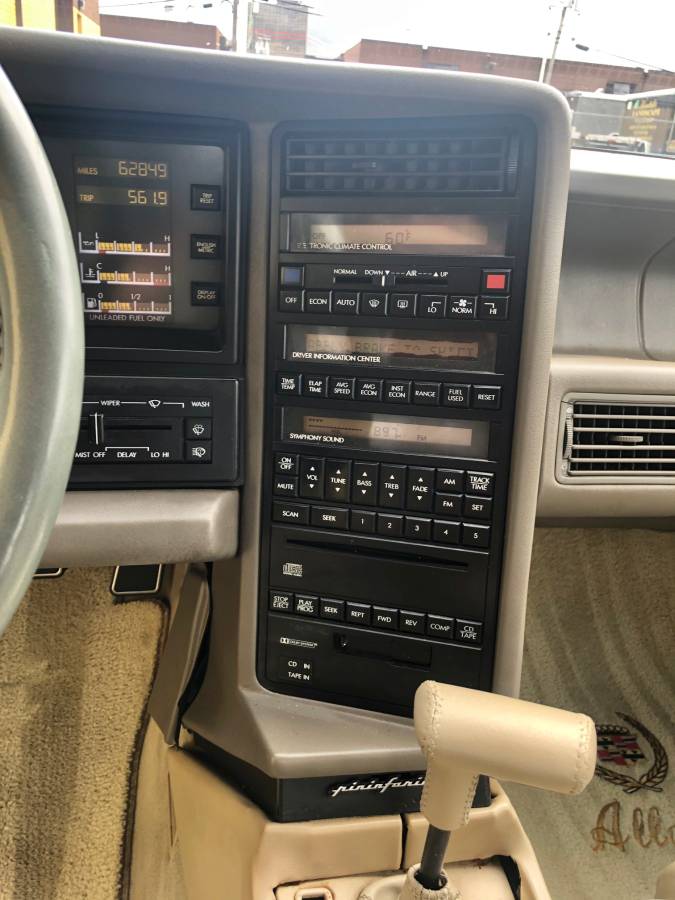 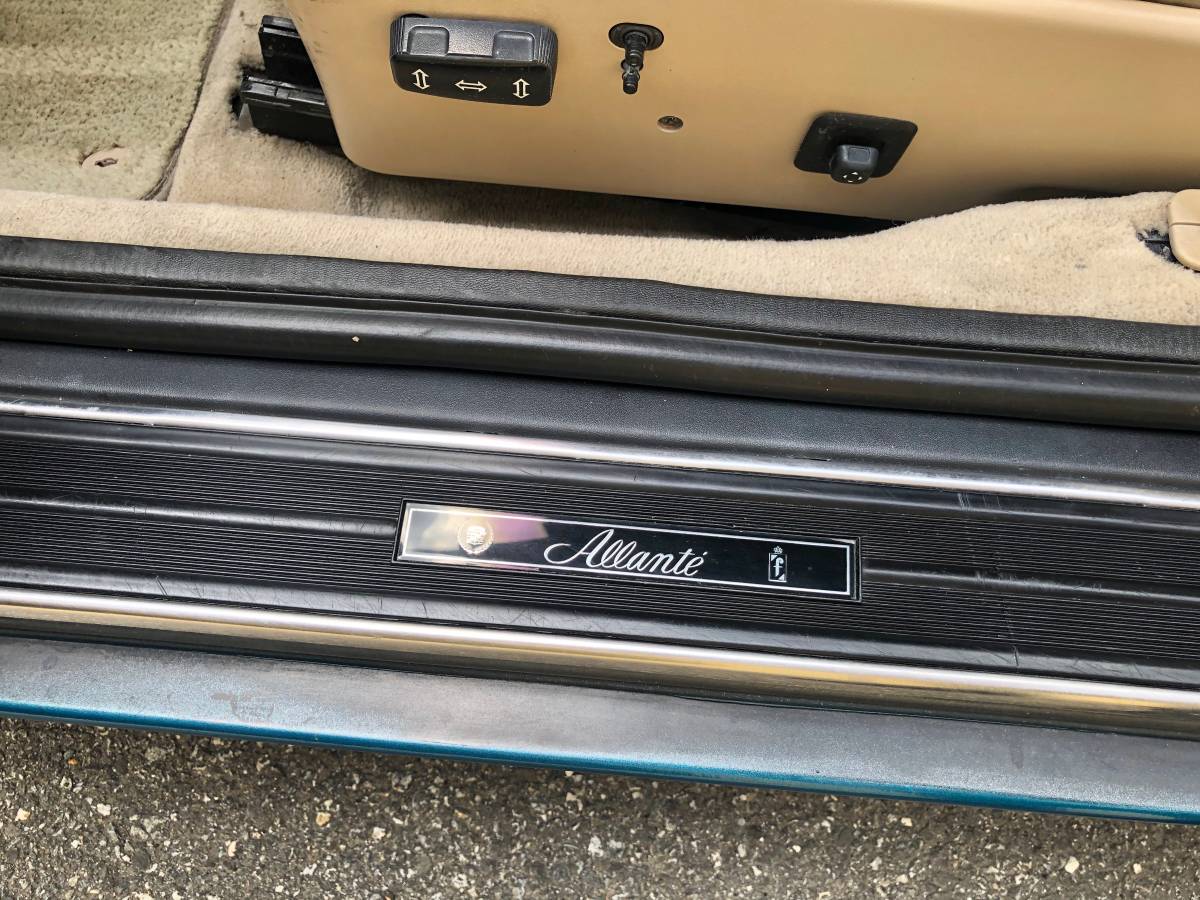 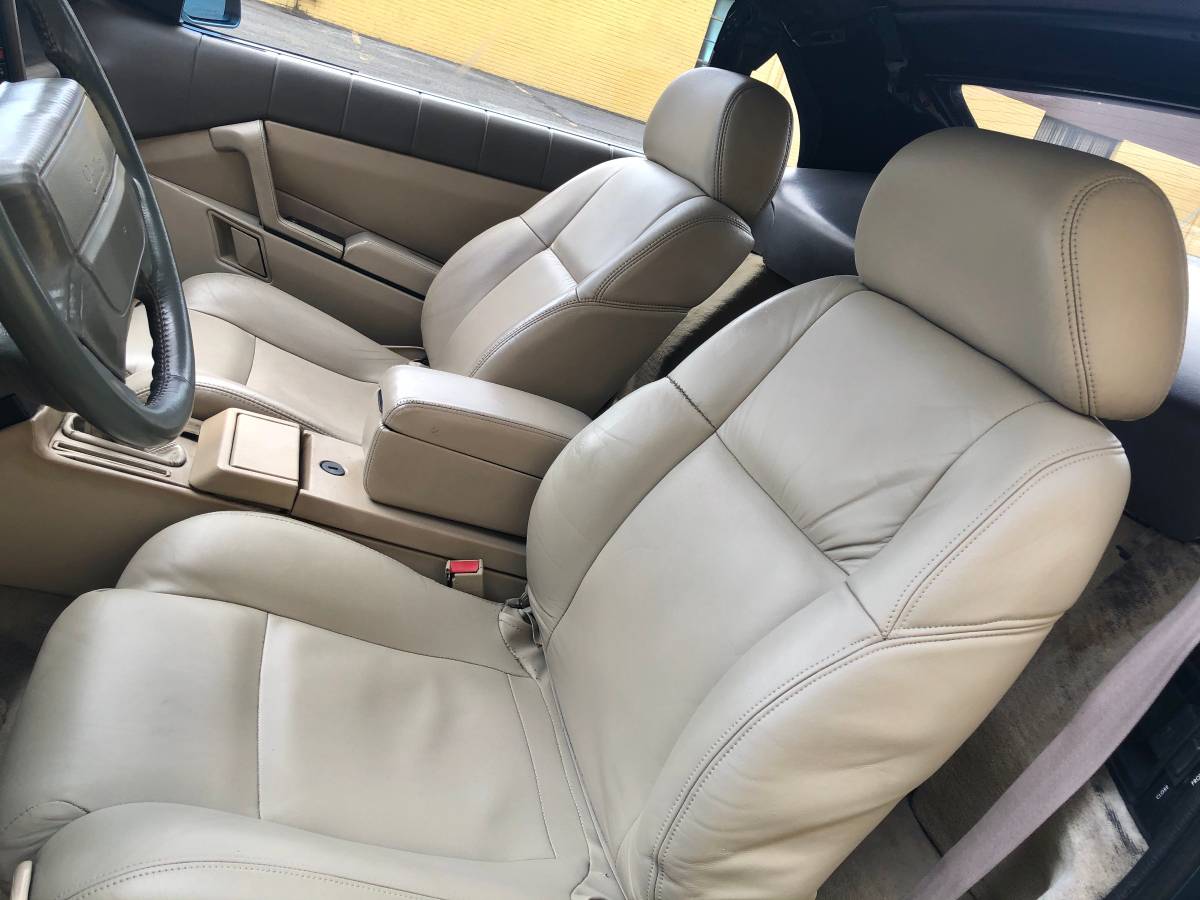 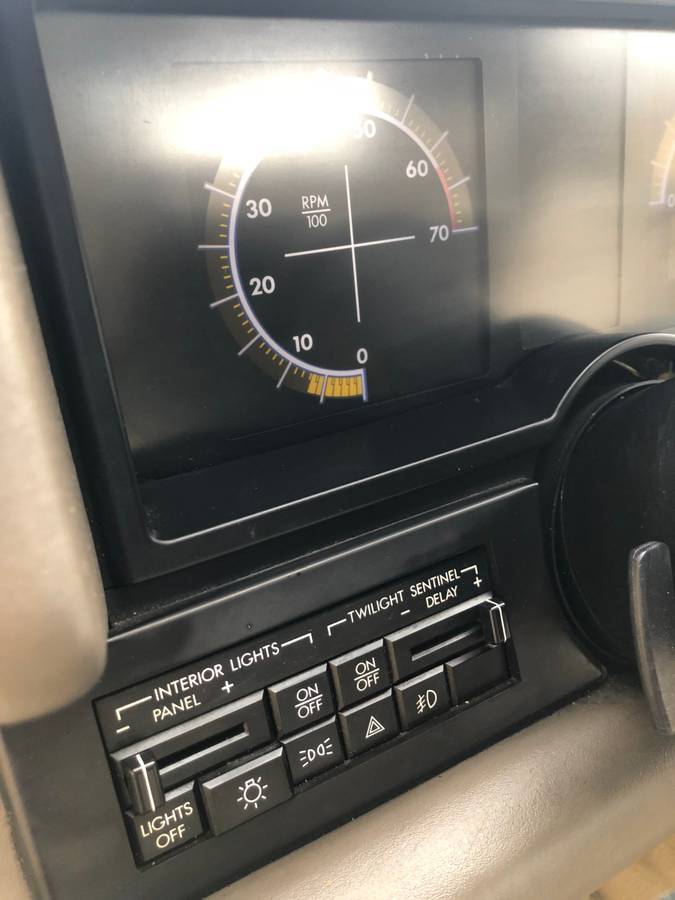 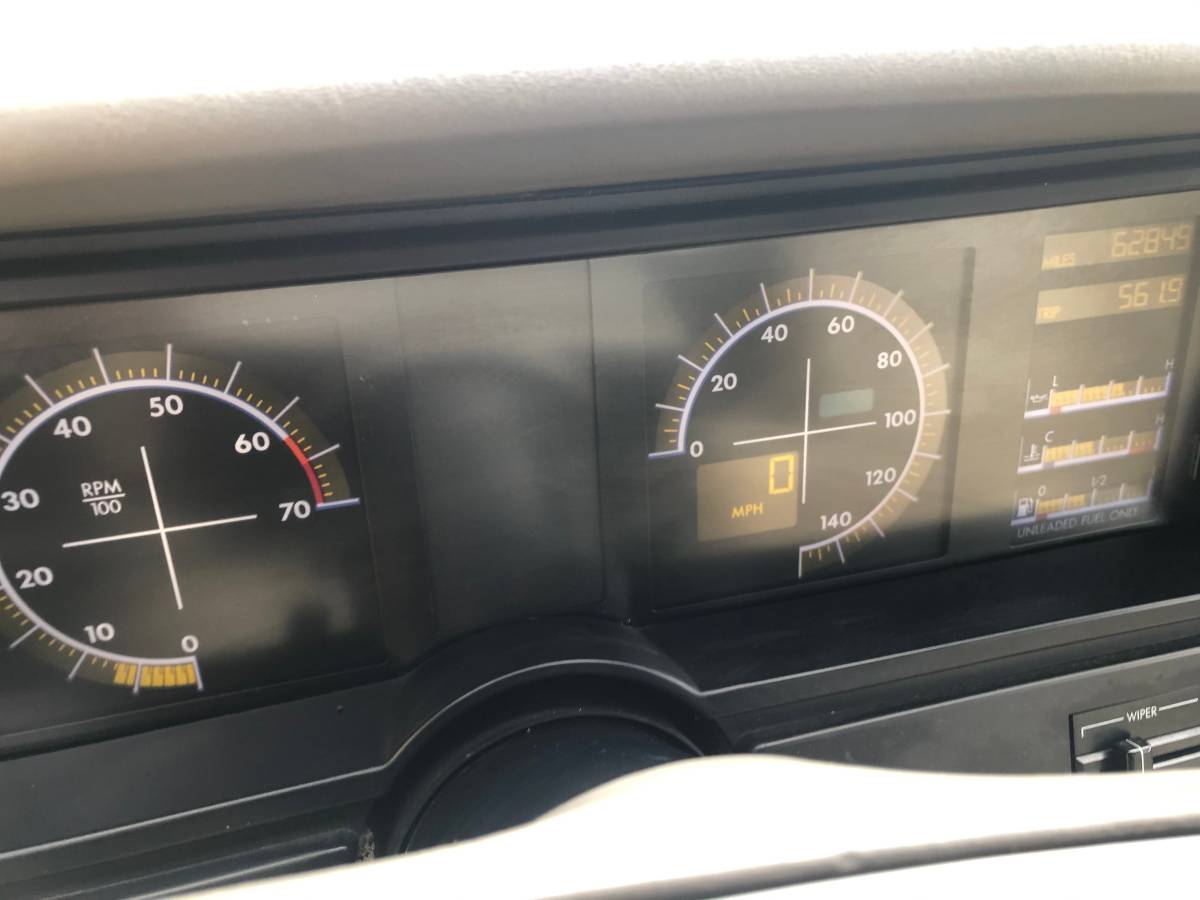 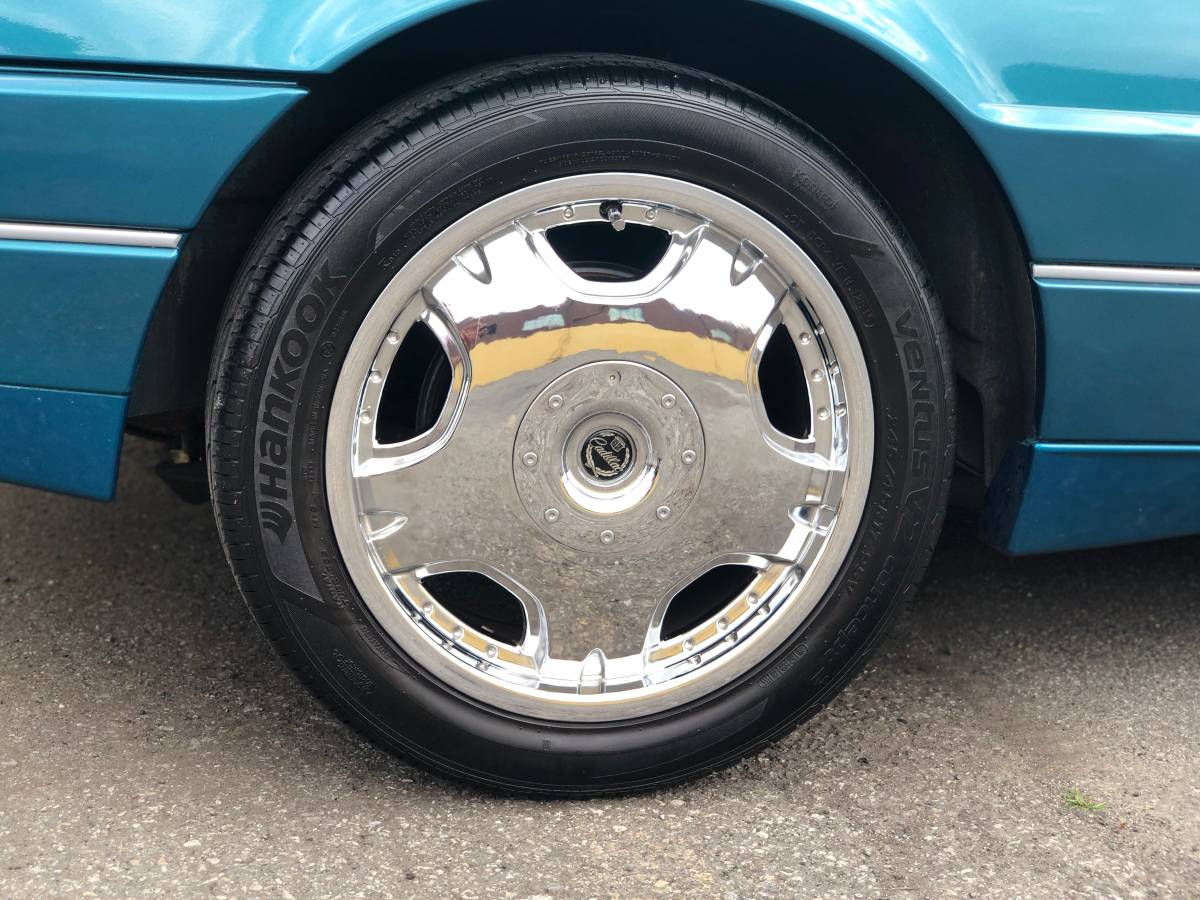 July 9th Update:  Well that didn’t take long.  Further proof a rare car in a unique color combination listed with great pictures and offered at a great price will not last long is the final year Cadillac Allante we featured two weeks ago but just confirmed the seller deleted their listing, indicating it has been sold.

In the years leading up to the company’s crippling Bankruptcy, General Motors had the dubious distinction of killing off enthusiast models just as the company finally improved them enough to be worthy of consideration.  While the Pontiac Fiero is the poster child for this trend, a close second has to be the 1993 Cadillac Allanté such as this Teal Metallic over Tan leather example currently listed here on Craigslist in Saddle Brook, New Jersey with just under 63,000 original miles and an asking price of $7,900.   Checking the Hagerty Insurance Online Valuation Tool confirms this private seller has their Allanté priced somewhere between the #2 “Excellent” appraisal of $11,400 and the #3 “Good” estimate of $6,600.  If you are serious about buying this Pininfarina-designed Allanté, you can start the conversation only by either calling or texting the private seller at (201) 978-5550 and when you do please remember to mention you saw their Allanté featured here on GuysWithRides.com.

First launched in 1987 to compete with the Mercedes Benz SL and Jaguar’s XJS, Cadillac’s two-seat, front-wheel-drive Allanté relied on a lack-luster 170 horsepower version of the HT4100 250 cubic inch V8.  Lackluster performance combined with a complicated convertible top, a complicated continent-crossing production process, and a jaw-dropping price created a major sales disappointment for Cadillac.  The top GM Division quickly found themselves in reactive mode with improvements made every year.

By the 1993 model year, Cadillac scaled down the Allanté to just one model, the soft-top convertible priced at $59,975 (not including a mandatory $1,700 gas guzzler tax for vehicles sold in the United States). The removable 60.5 lb (27.4 kg). aluminum hardtop was now a separate option, as well as the $495 LCD digital instrument cluster in place of the standard analog instruments.  Also optional were chrome squeeze-cast aluminum wheels the example here features. For this final model year, Allanté received the 295 horsepower, 290 foot-pounds of torque, 4.6 L (280.7 cu in) Northstar DOHC V8 engine.  A new unequal-length control arm rear suspension shared with the Seville and Eldorado, was also introduced that year.  Other changes for the Allanté included a revised variable-assist power steering rack, deeper front spoiler, and single-piece side windows, which did away with the stationary forward vent window. While production for 1993 was the highest at 4,670 units, all of the improvements were too much too late and in typical GM fashion the company killed the car just as it was starting to get good.

This Allanté is much more distinctive than the typical black, red, or silver examples we usually come across.  In addition to reviewing the maintenance history of this example (hopefully the current caretaker can provide it) we strongly recommend  investing in a pre-purchase inspection to ensure you know what you are getting prior to purchase.  If everything checks out, you’ll be buying a RADwood eligible luxurious convertible for about ten cents on the dollar compared to when this car was new.  Good luck with the purchase!

“Up for sale is a Clean & Stunning 1993 Cadillac Allante Convertible.

These cars were hand built in Turin Italy by Pininfarina, and the bodies were flown to Detroit for assembly.