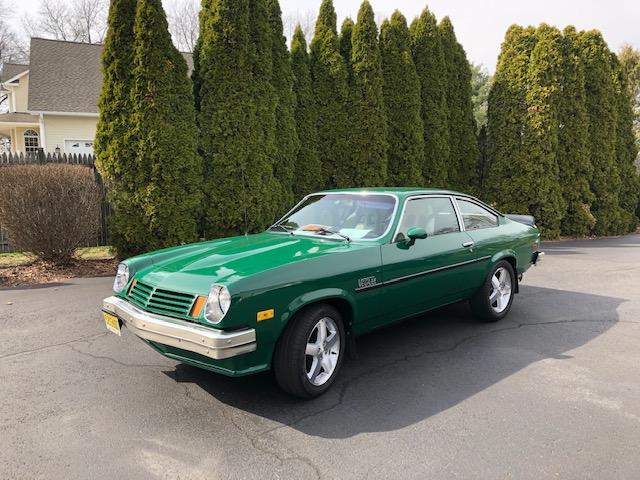 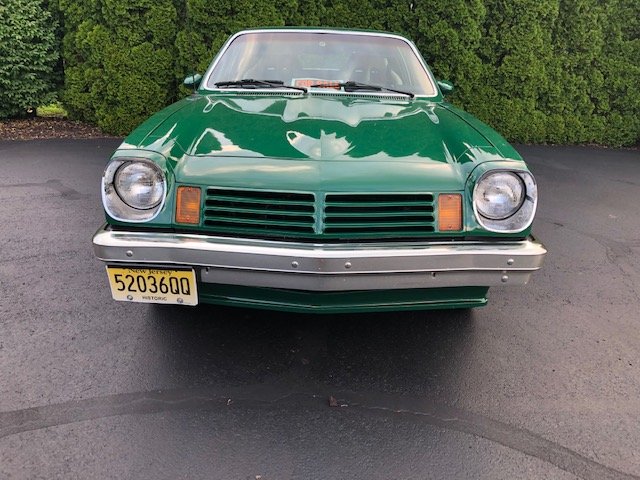 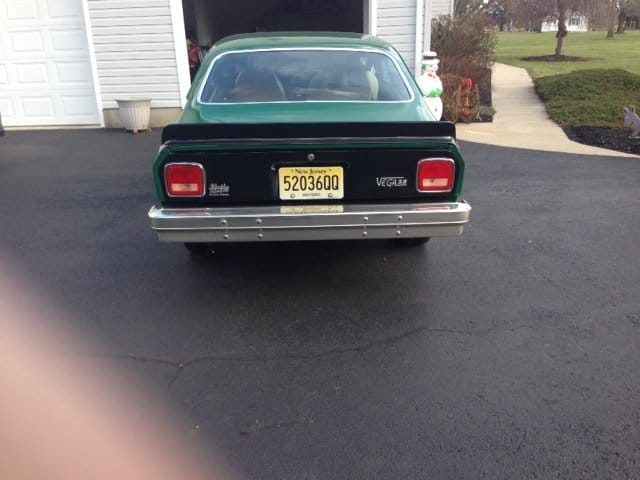 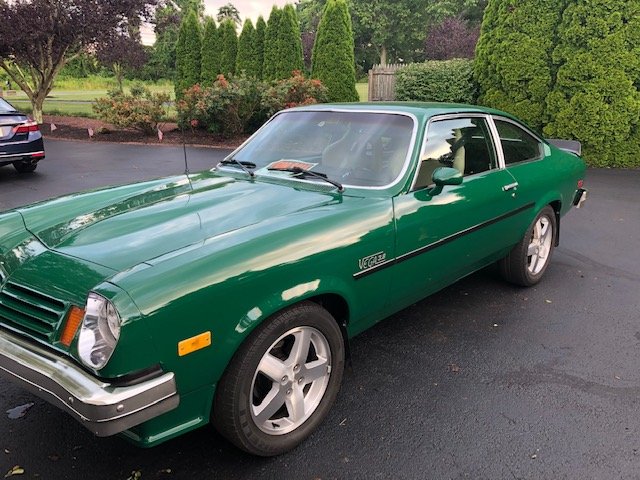 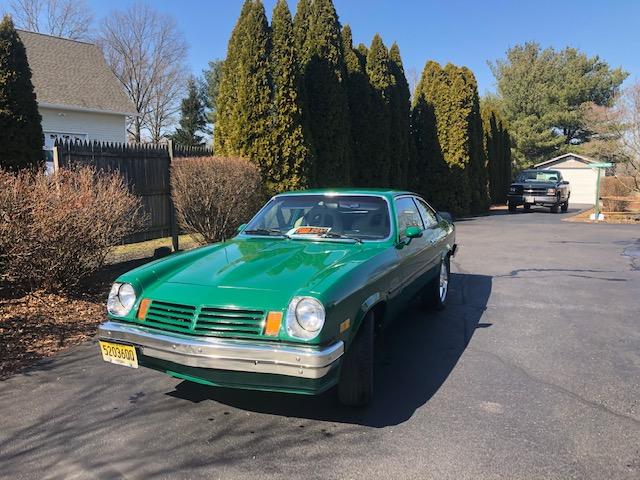 Guys With Rides is pleased to present this two-owner modified 1975 Chevrolet Vega Hatchback the current caretaker Steve is now offering for $9,750 in Bordentown, New Jersey.  Steve purchased this Vega from the Illinois-based original owner approximately two years ago after coming across the car online.  While Steve enjoys daily driving his unique Vega during mild weather, he’s ready to move onto something different but would like to sell this car first.  Steve reports the single-stage enamel custom paint remains in driver-quality shape with a few blemishes (he notes some paint bubbles) only noticeable when viewed from less than two feet away

During his 43 year possession of this Vega since new, the original owner set out to modify the car to his liking.  Steve reports the original owner had a friend who happened to own a speed shop.  As a result, the friend ended up making all of the modifications to this Vega.  The most notable change was the replacement of the original 140 cubic inch inline four cylinder with a much more powerful Buick 3.8 Liter (231 cubic inch) V6 crate motor.  Controlling the V6’s output is a TurboHydramatic 350 three speed automatic transmission.  Using a later model Monza as a donor car, the original owner’s friend upgraded both the steering and brake systems with power assist in addition to equipping this Vega with four wheel disc brakes.  If the wheels look familiar, they are 16″ factory units donated from a more modern Cobalt that interestingly uses the same four-bolt pattern as the originals.  One neat detail are the custom “Vega 3.8” decals the original owner designed, printed, and installed on the front fenders and rear valance panel. 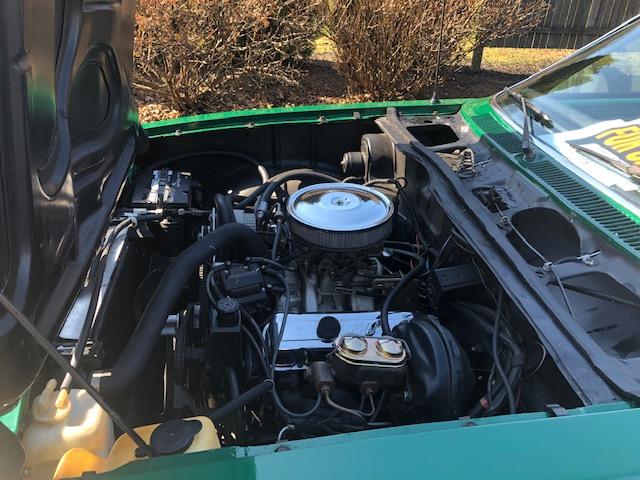 Complimenting the green exterior is a custom tan interior featuring sport seats that are a huge improvement over the original un-bolstered factory buckets.  In addition to the aforementioned power upgrades, the original owner also added an aftermarket under-dash mounted air conditioning system to keep the drive cool during hot summer cruises. 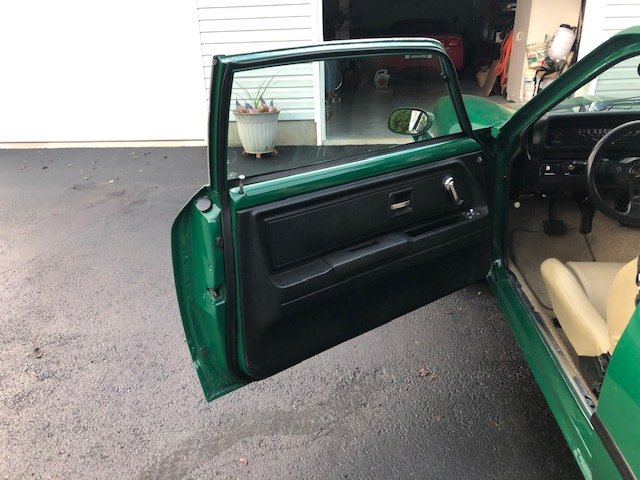 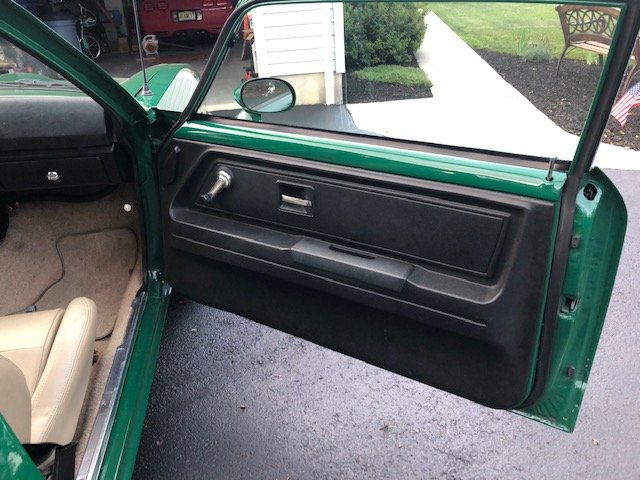 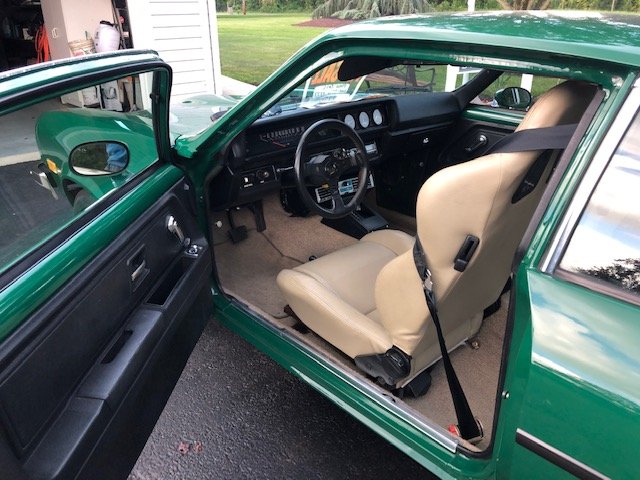 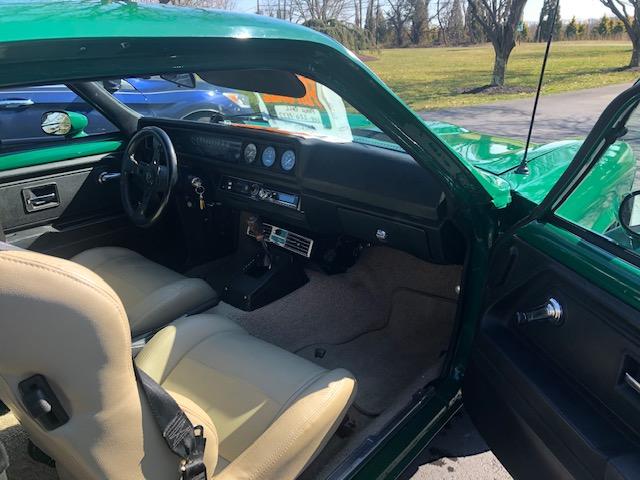 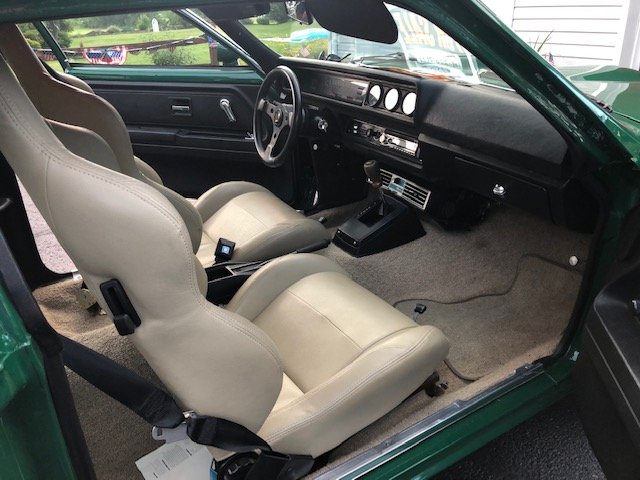 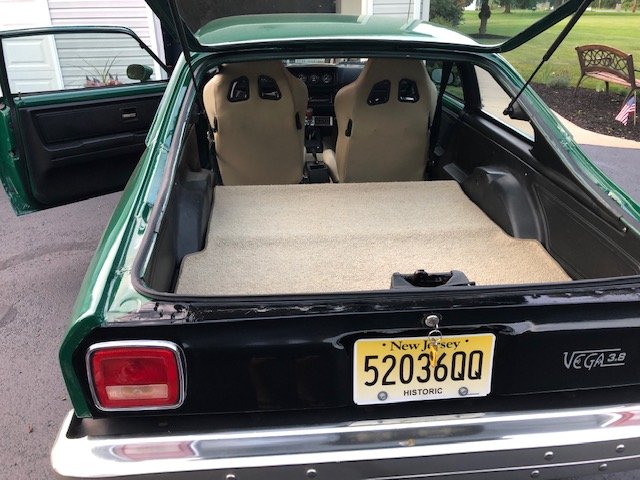 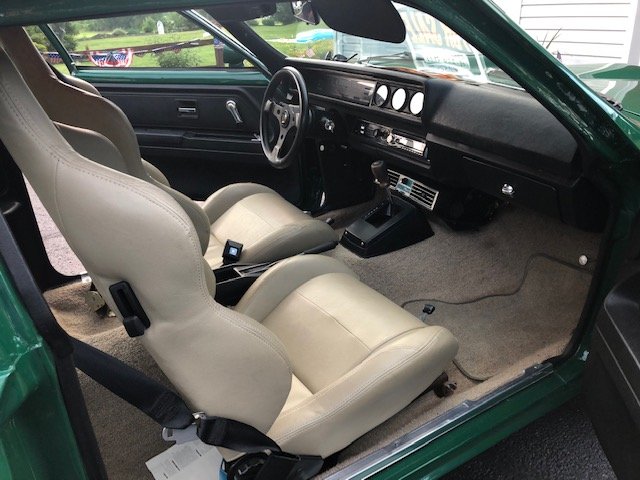 Steve reports this Vega has been garaged its entire life and the underside of his Vega remains rust-free. The undercoating in this lone picture confirms how detailed it is: 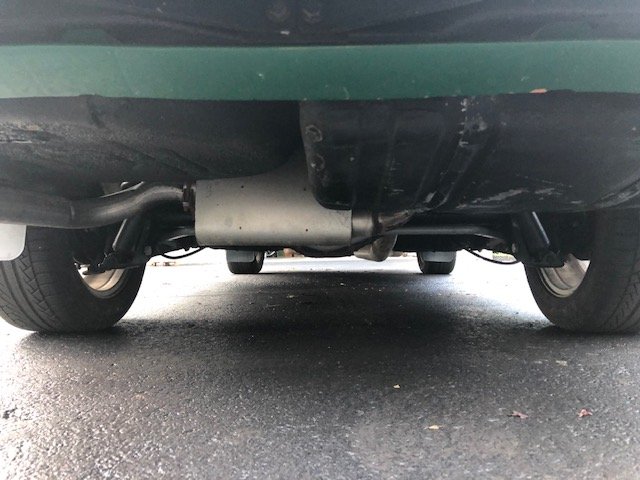 Unlike the straight-line focus of a typical V8 Vega conversion, the Monza-sourced suspension upgrades combined with just-right power and weight of the Buick V6 make this Malaise-era Vega a fun and comfortable cruiser.  If you’re looking for something fun that will still get you noticed and are serious about buying this Vega, you can start the conversation by calling Steve at (609) 220-8977.  Enjoy the purchase!