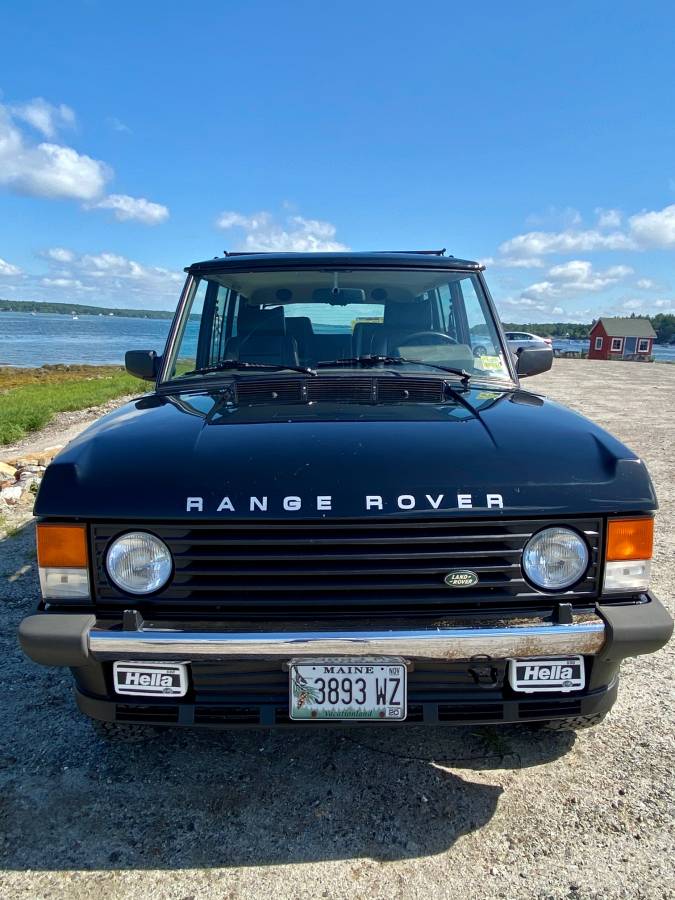 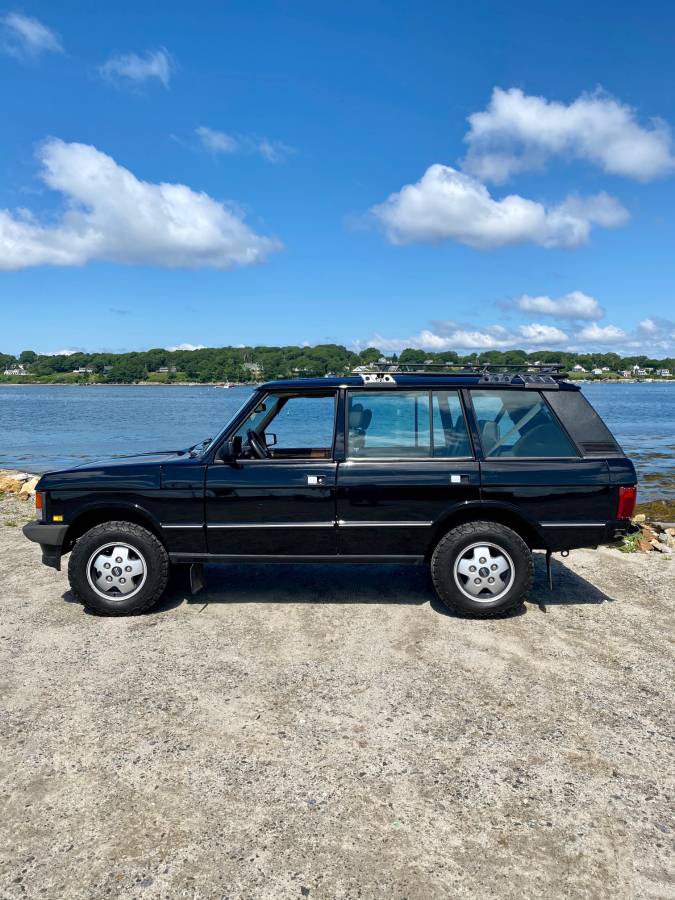 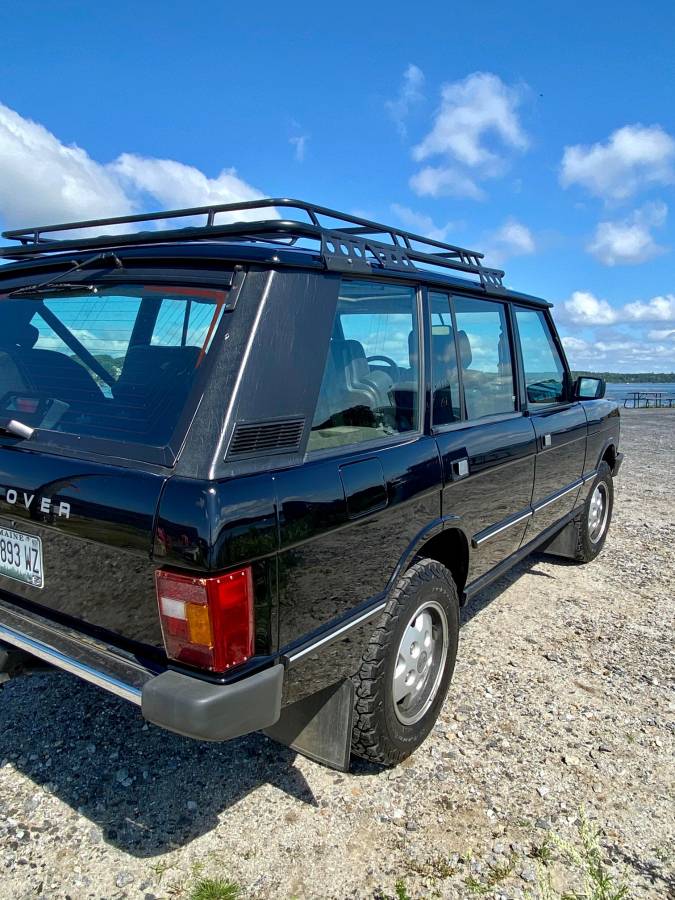 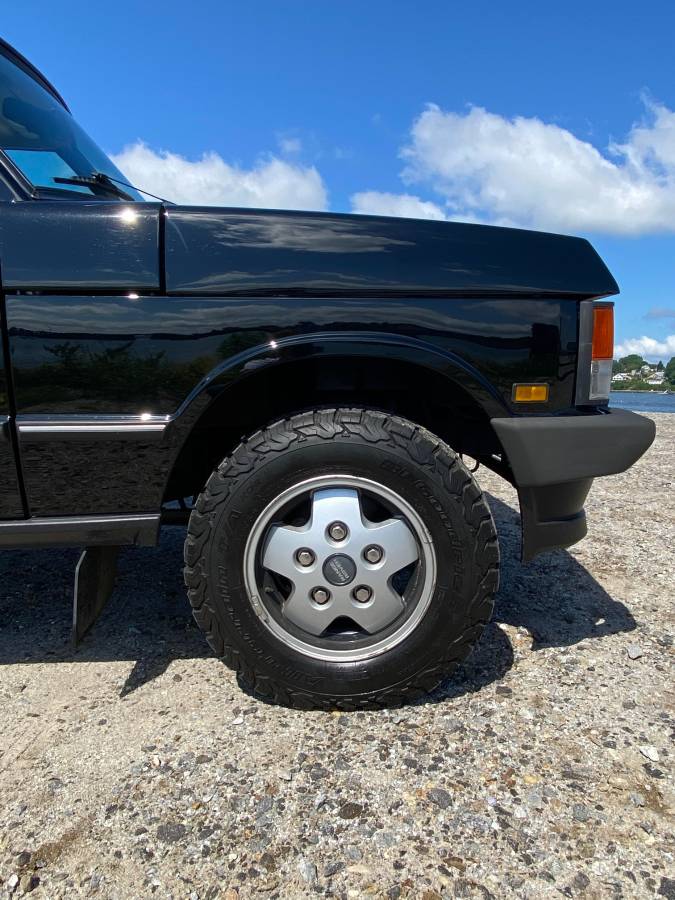 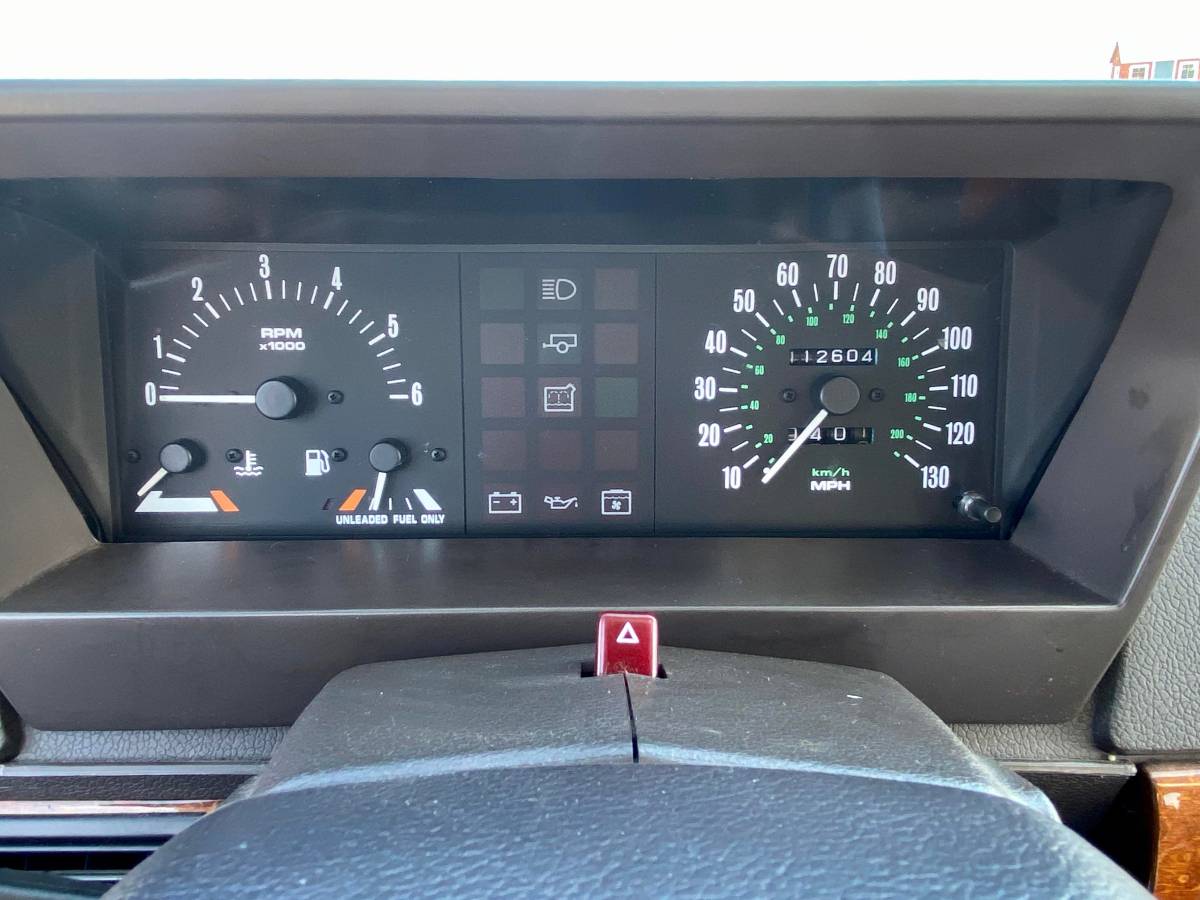 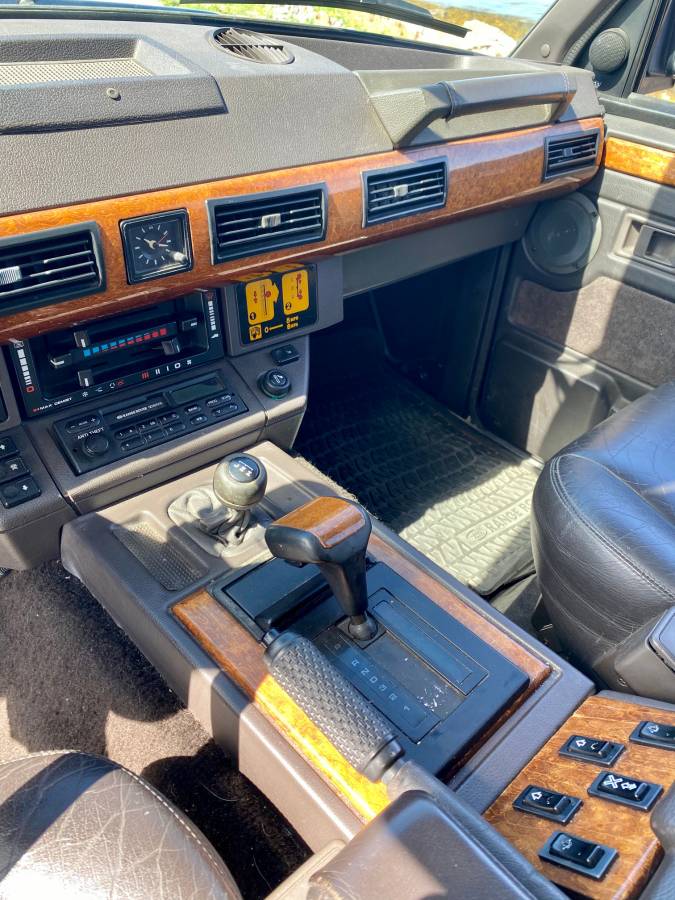 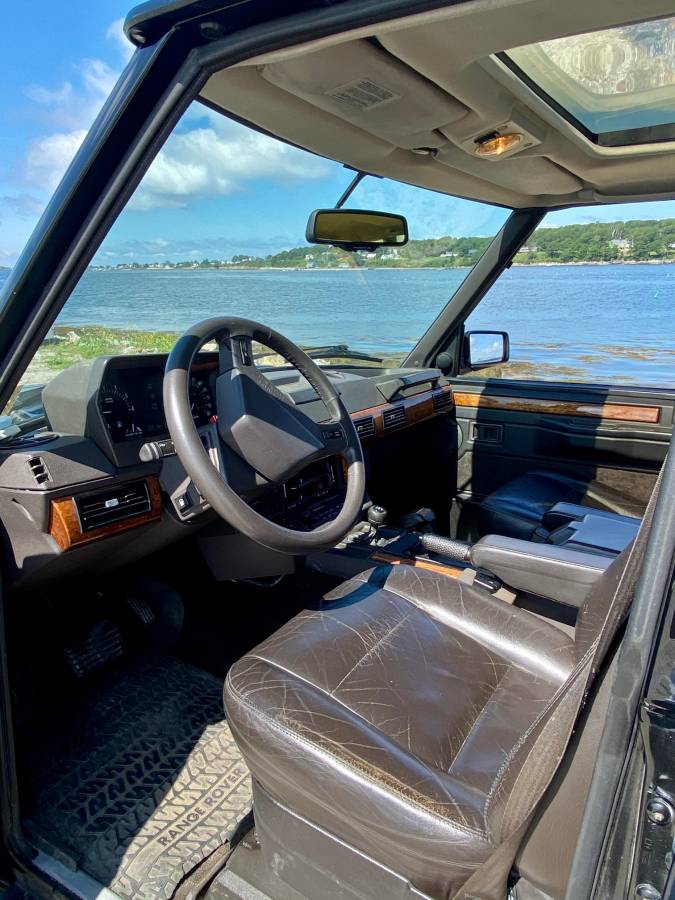 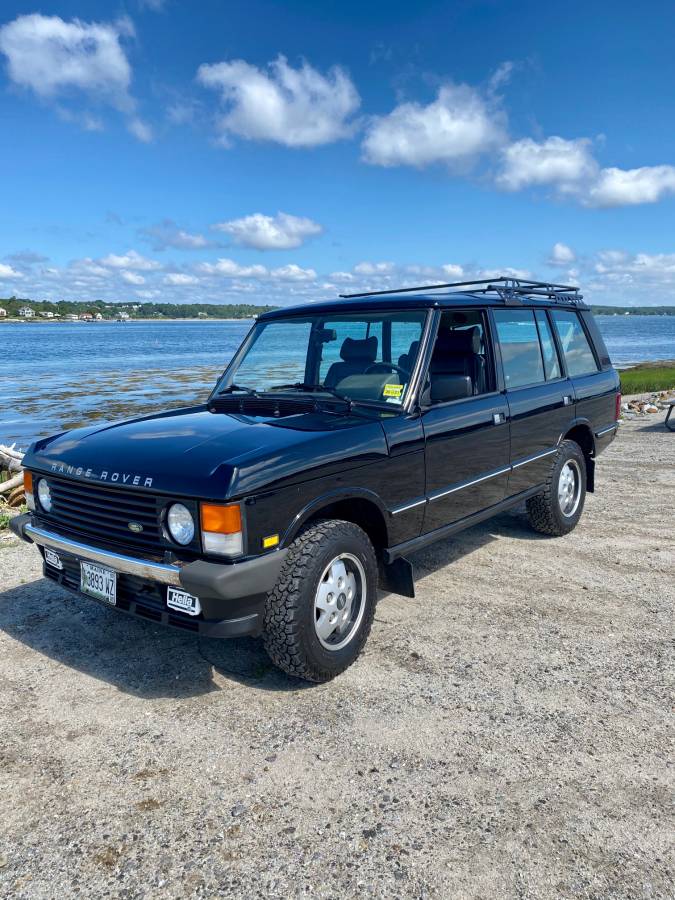 July 31st Update – while updating our database, we confirmed the seller of this Range Rover we first featured in Mid-July deleted their Craigslist post, so it’s safe to call this one “Sold!”

When it comes to special editions, companies like Range Rover have typically stayed away from the gimmicky approach to moving inventory. Still, that hasn’t stopped them from producing models like this one-of-200 “Sable Edition” 1993 Range Rover listed on Craigslist in July 2020 in Harpswell, Maine with just over 112,000 miles and an asking price of $29,500. This example was previously a no sale in 2018 on Bring A Trailer where it didn’t clear reserve with a final bid of $20,250. It must have found a new owner after the fact, as it moved from Maryland to Maine since then. While the exact value of a Sable Edition isn’t listed, the Hagerty Insurance Online Valuation Tool pegs the price of a Concours “County” example at $41,400, and an “Excellent” condition specimen at $24,100, leaving this seller’s truck somewhere in the middle and presumably buoyed by the Sable trim package.

Assessing whether a special edition model is worth any additional cost premium comes down to the individual and their passion for the brand. Range Rover enthusiasts may look at the Beluga Black paint, Dark Sable Connolly leather, and unique wood trim, among other cosmetic tweaks, and determine that those enhancements are details they simply cannot live without. That being said, any older Range Rover should be evaluated largely on the robustness of its mechanical health rather than the specific paint code or leather it left the factory with, as they can become pricey restoration projects in short order. Fortunately, between the seller stating that he’s actively using this example for daily driving and the maintenance items covered in the previous auction listing should put to rest some of the concerns that typically surround owning an older Land Rover product.

The listing itself isn’t as detailed as one might wish to see, as it over-indexes on features rather than maintenance history. When you put on your internet detective hat, it’s possible determine that the Range Rover benefits from some big ticket service items including replacement of the catalytic converter and oxygen sensor, along with a coil spring conversion to eliminate the sometimes fiddly air suspension. At the time it was last sold, the brake rotors, calipers, and pads were also replaced, along with the front swivel balls being resealed and new tie rods thrown on. Of course, all of this info is a few years old at this point, but given it has only traveled roughly 15,000 miles since then, one would assume most of those components were still in good shape. Good luck with the purchase if you need this limited edition Range Rover County in your life!

“This 1993 Land Rover Range Rover Country LWB is one of approximately 200 Sable Edition examples produced for the model year. A repaint in the factory Beluga Black was carried out, and the truck has a Dark Sable Connolly leather interior with Mediterranean poplar wood trim. The dashboard features a passenger-side grab handle and houses an analog clock, climate controls, and a Land Rover cassette stereo. Factory instrumentation includes a 6k-rpm tachometer, a 130-mph speedometer, and a six-digit odometer showing 112.5 k miles. This truck has been lovingly maintained by 3 owners in Oregon, Maryland and Maine. It is my 4 season daily driver. Runs very well. The ONLY reason I am selling is that I’m moving out of the country and can’t take it with me…almost a reason not to relocate.

The only items I am aware of that are not functional, but could be repaired are :
Heated Seats
Radio
Back Latch is Sticky