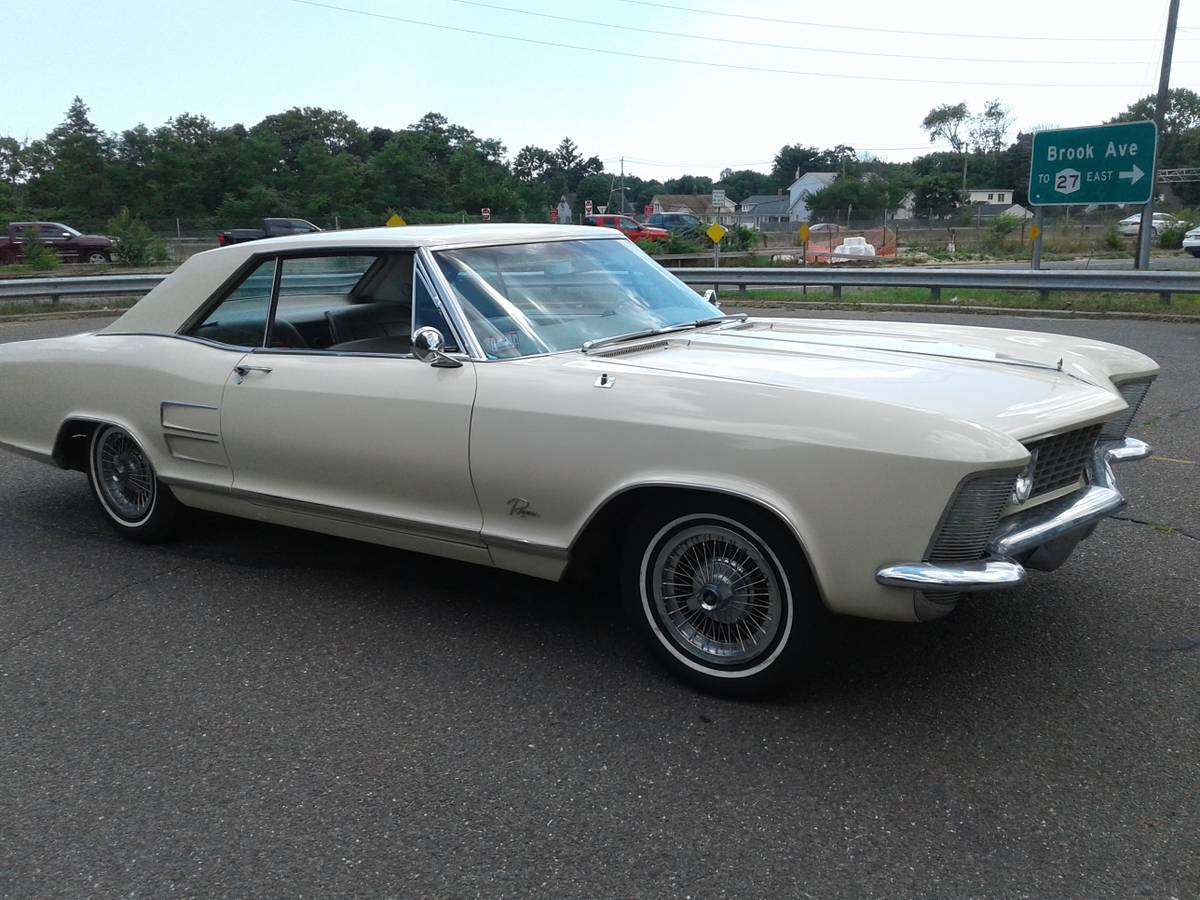 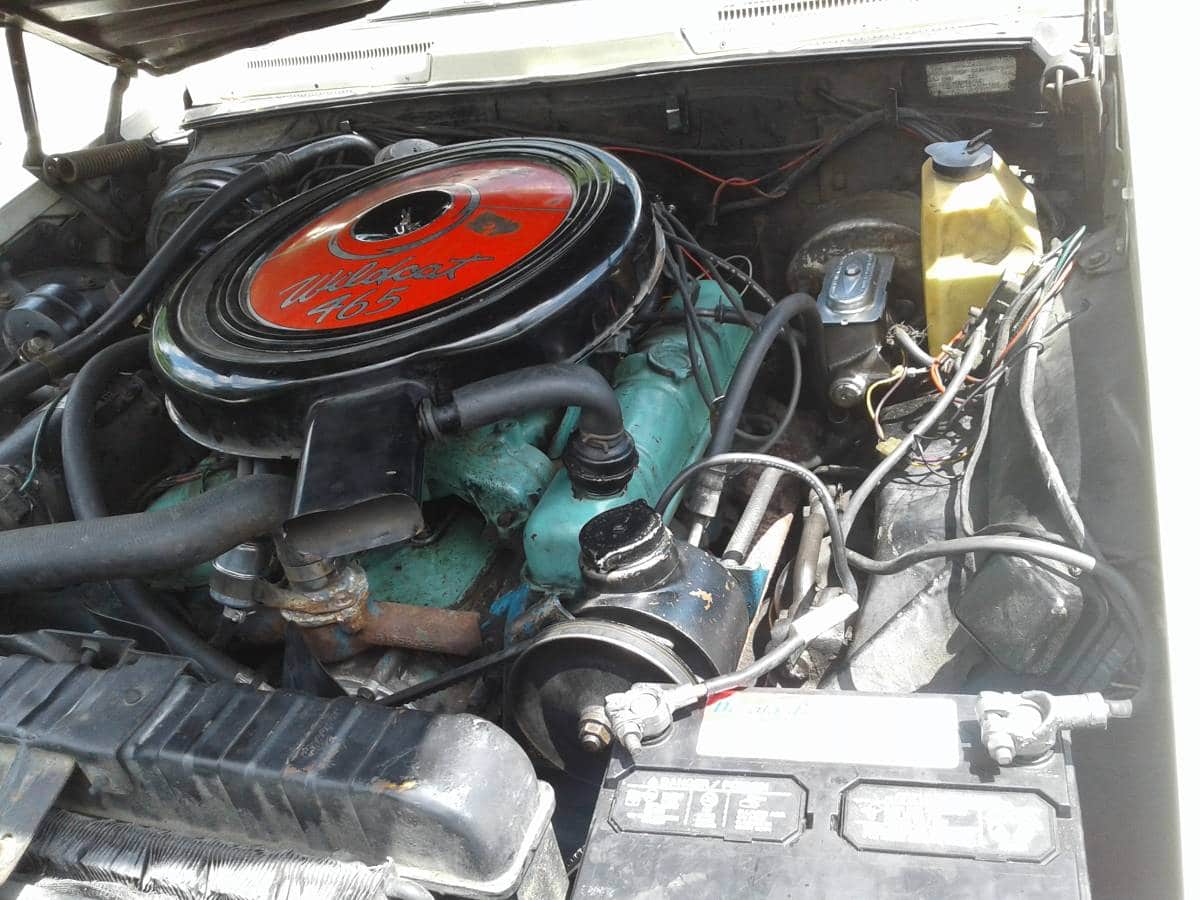 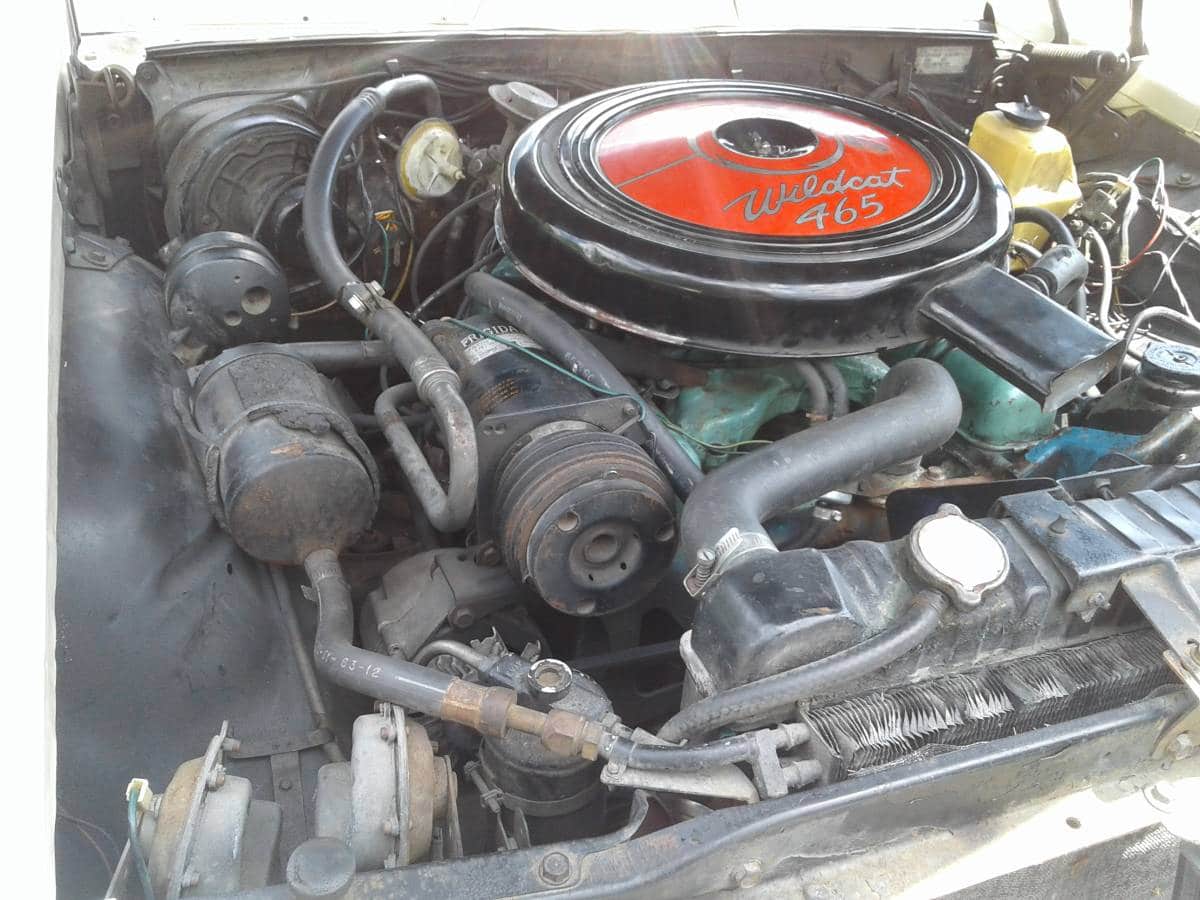 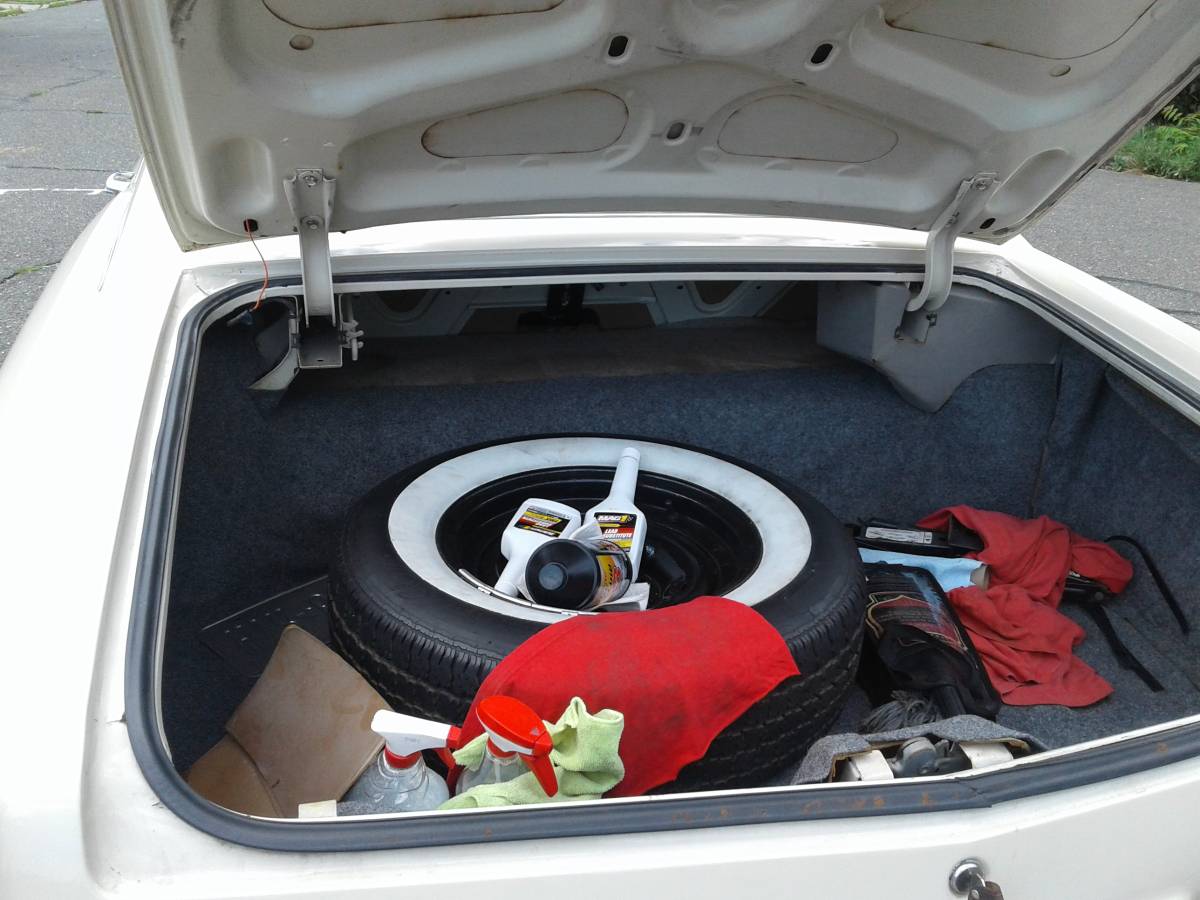 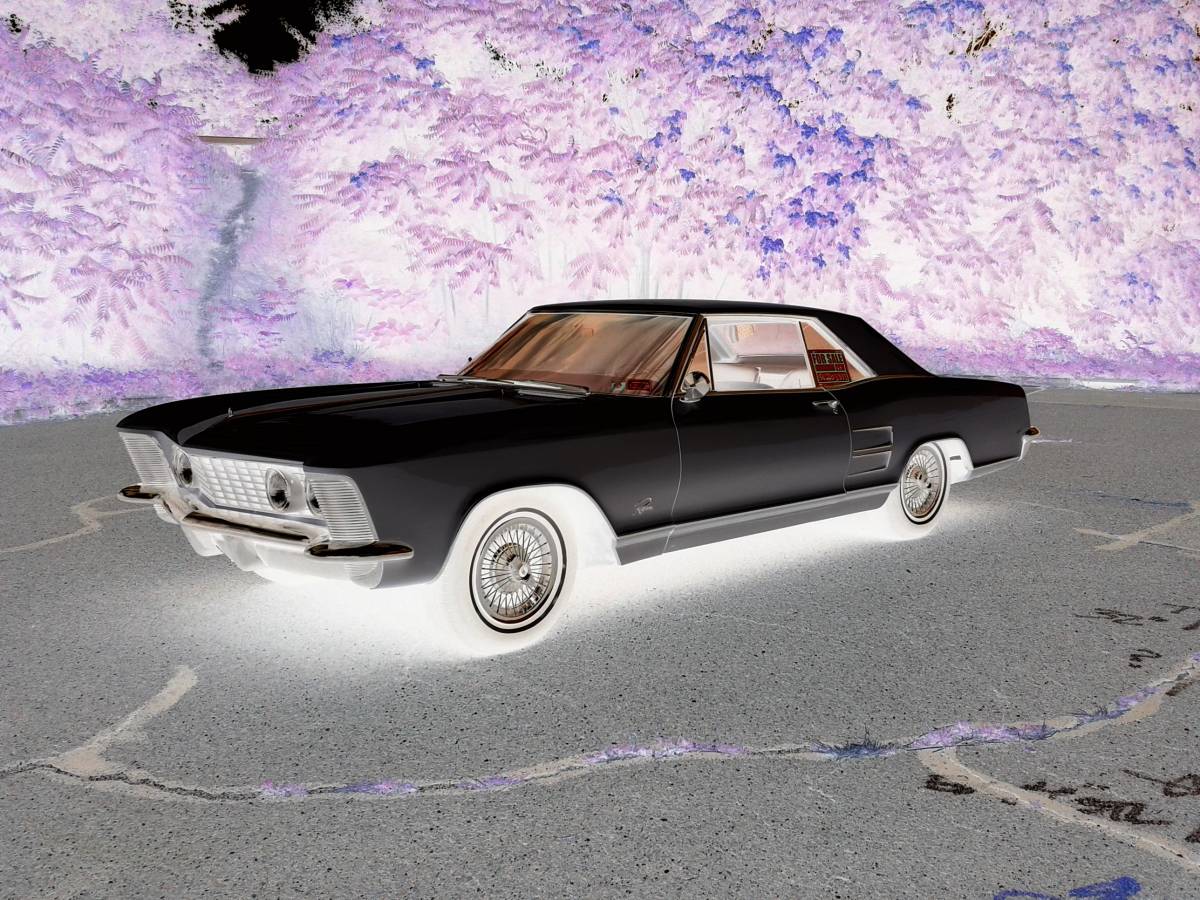 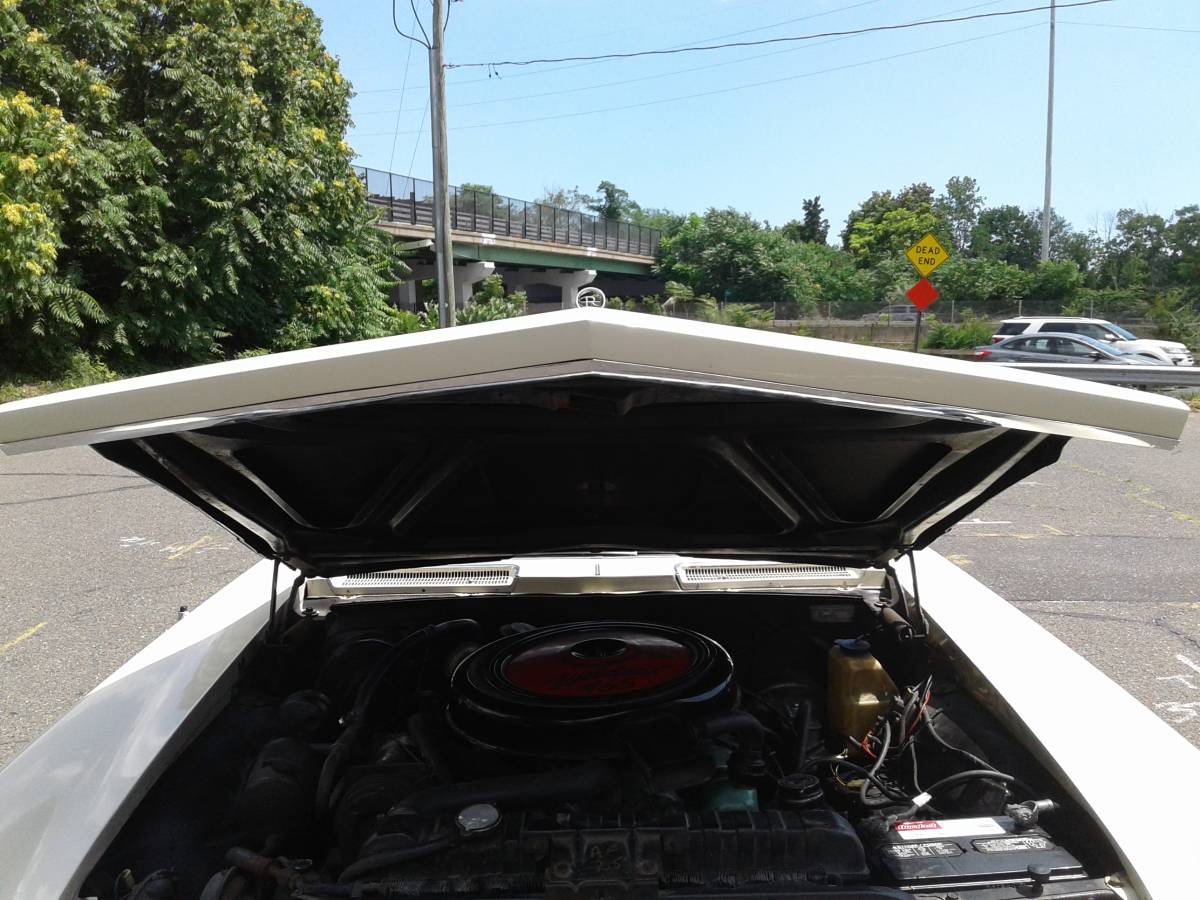 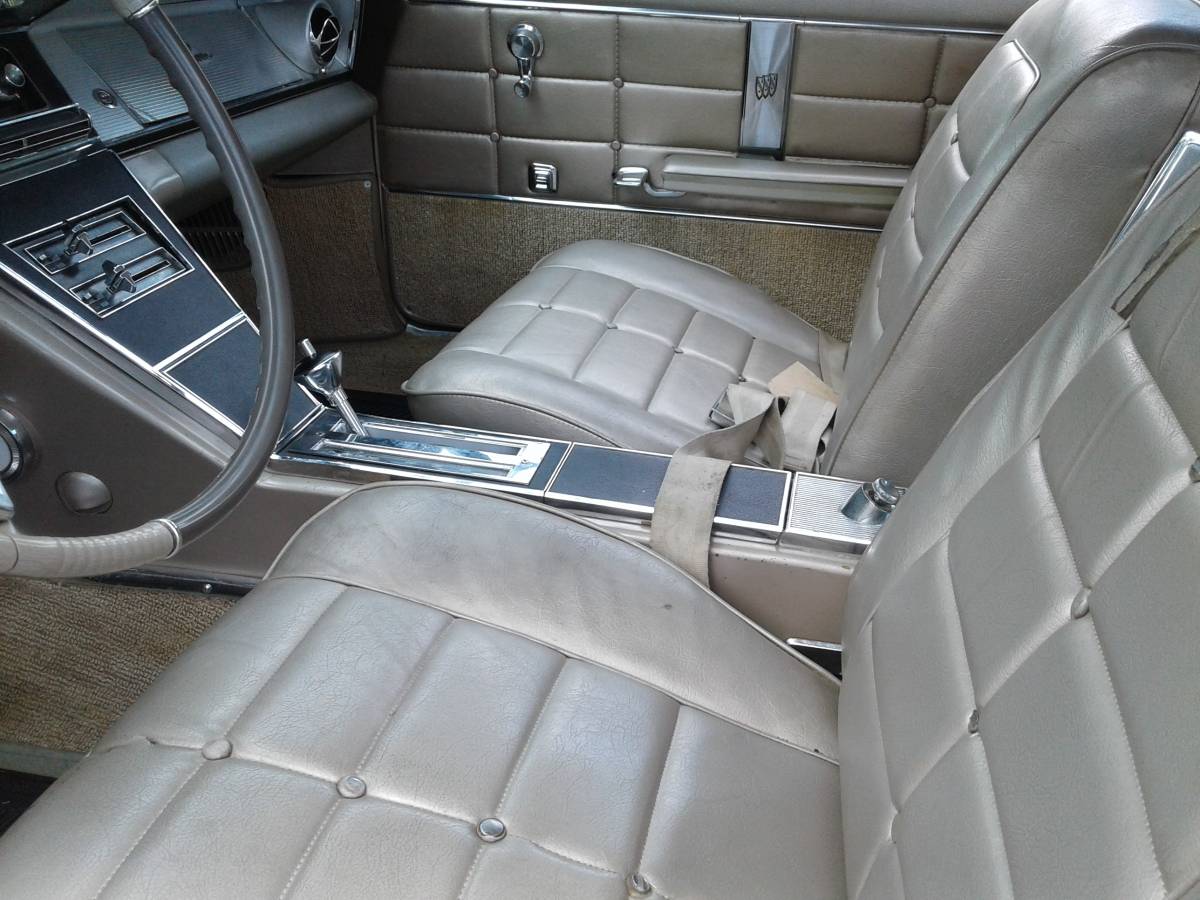 The first-generation Buick Riviera produced from 1963 through 1966 remains one of our favorite personal luxury hardtops of all time. This 1964 Cream over Taupe example listed recently on Craigslist in Bayshore, New York (Long Island) equipped with factory air conditioning comes with an asking price of $14,500.  A review of the Hagerty Insurance Online Valuation Tool confirms this private seller has their Riviera priced between the #3 “Good” appraisal of $20,100 and the #4 “Fair” (Daily Driver) estimate of $10,700.

Buick launched the stunning new Riviera was introduced on October 4, 1962, as a 1963 model. The Riviera’s distinctive body shell was unique to the marque, which was highly unusual for a GM product.  Also unusual for GM was how close that actual production car matched the original show car it was based on save for less expensive fixed headlights mounted in the grille (concealed in the fender grilles that mimicked the show car finally went into production for the ’65 model year).  The elegant ground-up styling sported the new “Coke bottle look” introduced the year before on the Studebaker Avanti, with a tapered midsection surrounded by flaring fenders. There was no trace of the “Sweepspear” used on belt lines of earlier Buicks with the Riviera trim package.

It rode a cruciform frame similar to the standard Buick frame, but shorter and narrower, with a 2.0 in (51 mm) narrower track. Its wheelbase of 117 inches and overall length of 208 inches was six inches and nearly eight inches shorter, respectively than a Buick LeSabre, but slightly longer than a contemporary Thunderbird.  At just under 4,000 pounds it was about 390 pounds lighter than either. Power brakes were standard, using Buick’s massive “Al-Fin” (aluminum finned) twelve-inch diameter drums. Power steering was also standard equipment, with an overall steering ratio of 20.5:1, giving 3.5 turns lock-to-lock.

The Riviera’s suspension used Buick’s standard design, with double wishbones up front and a live axle located by trailing arms and a lateral track bar in the rear, however, the roll centers were lowered to reduce body lean. Although its coil springs were actually slightly softer than other Buicks, the Riviera’s lighter weight made its ride somewhat firmer. While still biased towards understeer, contemporary testers considered it one of the most driveable American cars, with an excellent balance of comfort and agility.

Buick’s 325 horsepower 401 cubic inch (6.6 Liter) “Nailhead” V-8 was initially the only available engine, fitted with dual exhaust as standard equipment, and the two-speed turbine drive the only transmission.  The base price was $4,333, running upwards of $5,000 delivered with typical options. Total production was deliberately limited to 40,000 vehicles (in a year that Buick sold 440,000 units overall) to emphasize the Riviera’s exclusivity and to increase demand.

With the same power as the bigger Buicks and less weight, the Riviera had sparkling all-around performance: Motor Trend found it capable of running 0–60 mph in eight seconds or less, the standing quarter-mile in about 16 seconds, and an observed top speed of 115 miles per hour. Fuel economy was a meager 13.2 miles per gallon.

Inside, the Riviera featured a luxurious four-place cabin with front bucket seats and bucket-style seats in the rear. A center console with floor shifter and storage compartment built into the instrument panel divided the front. Upholstery choices included all-vinyl, cloth and vinyl, or optional leather. A deluxe interior option included real walnut inserts on the doors and below the rear side windows. Extra-cost options included a tilt steering wheel, power windows, power driver’s seat, air conditioning, a remote-controlled side view mirror, and white sidewall tires.

Deciding not mess with success for 1964, Buick stylists made minimal changes to the car, with the most identifiable distinguishing features being a raised stylized “R” hood emblem and “R” emblems replacing the Buick crests in the taillight lenses. The interior is distinguished by moving the heater controls from controls under the dashboard eyebrow to slide controls in the forward fairing of the center console. Leather was dropped as an option, and the Dynaflow-based twin turbine two-speed automatic was replaced by a new three-speed Super Turbine 400 transmission.

The seller calls his Riviera “a solid car” and we like it as it appears to be a presentable driver-quality car you can enjoy driving while you slowly restore it as your time and budget permit.  Good luck with the purchase!